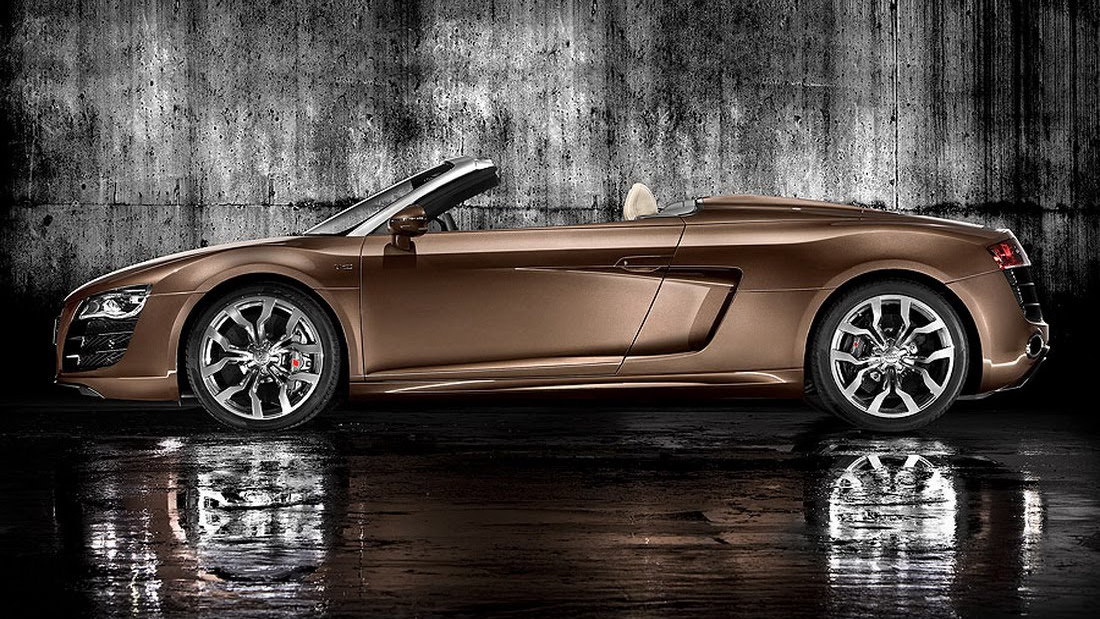 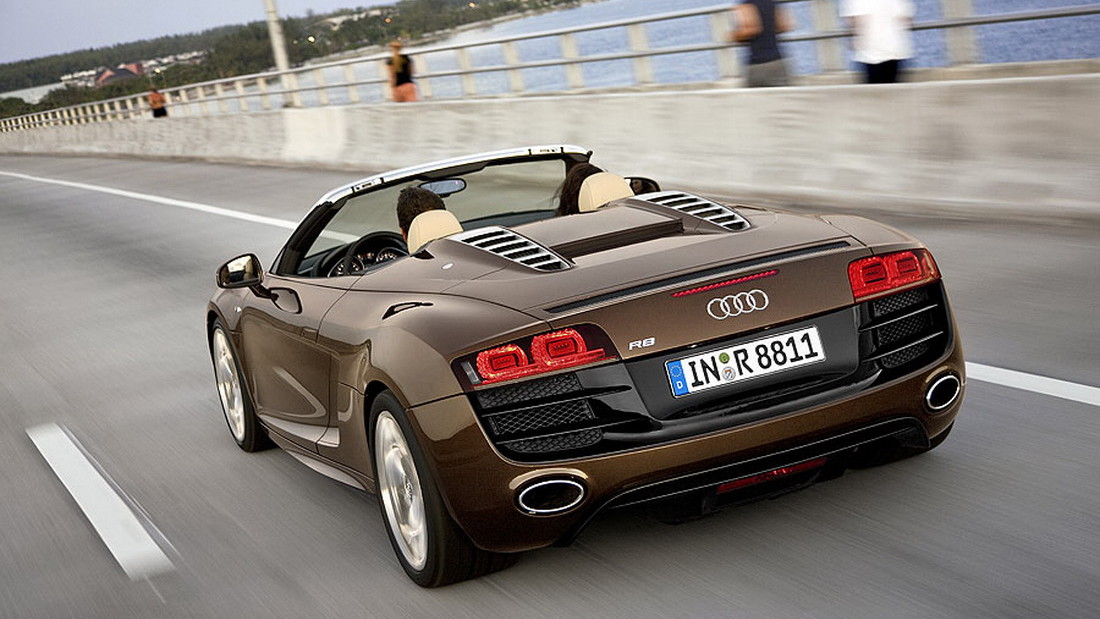 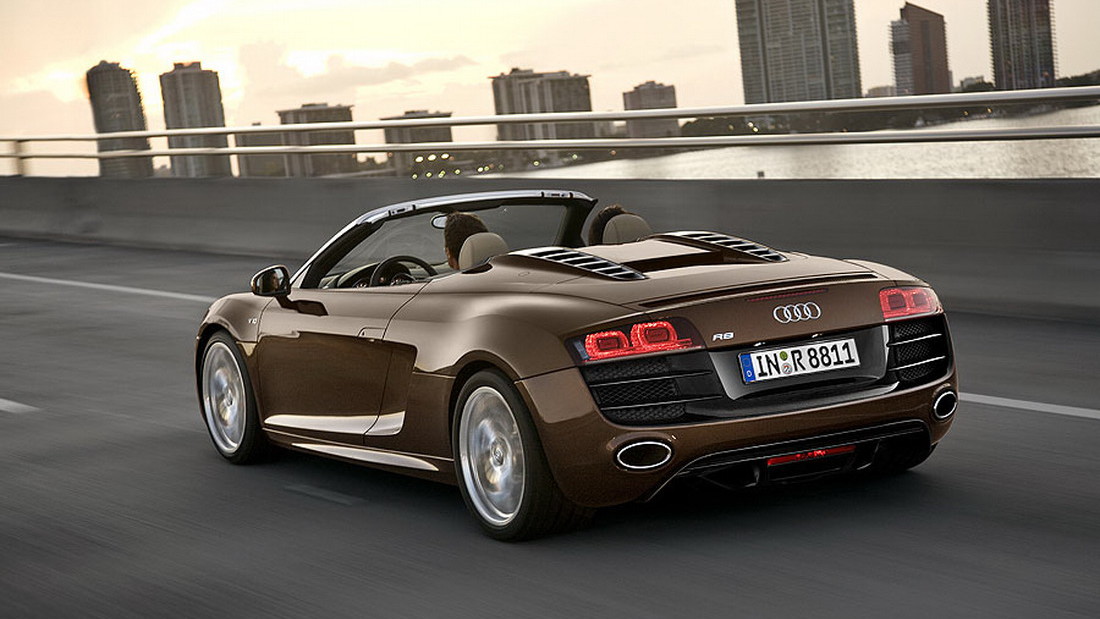 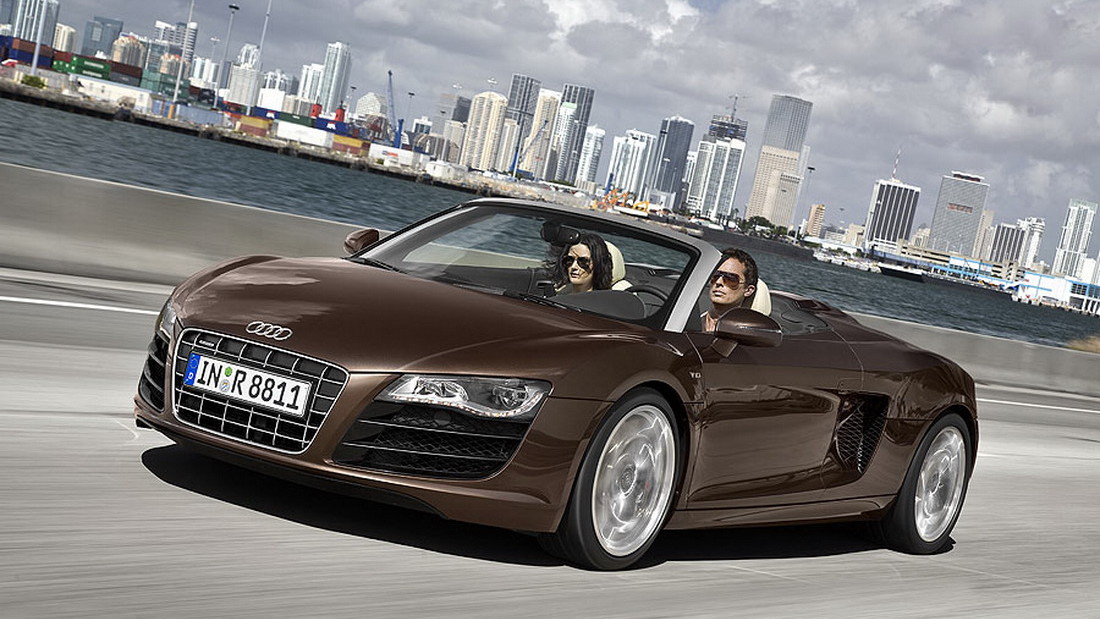 Audi currently sells two versions of its R8 supercar, the original 4.2-liter V-8 model and the recently revealed 5.2-liter V-10 version, but there are two more versions in the works--one of which has been revealed today ahead of its world debut at the 2009 Frankfurt auto show.

The two new versions are the R8 Spyder convertible shown here, as well as the high-performance RS variant still to come.

A spokesman for Audi previously confirmed that the R8 Spyder was delayed to allow time for sales of the V-10 hard-top to eventually die down. The Audi rep also confirmed that the Spyder would feature a full convertible soft-top roof instead of a smaller targa set-up, which was the preferred choice of engineers back in Germany.

Other major changes for the car that appear to have made it to production are a pair of additional air intakes located behind the seats, as well as a pair of safety roll-over bars. The R8’s trademark aluminum side blades have been removed. The placement of the fuel filler cap will also be changed due to the missing rear pillars, while changes under the sheet metal will likely include extra chassis strengthening.

One other important attribute of the R8 Spyder is the availability of the high-performance 5.2-liter V-10 engine, exclusively. The smaller 4.2-liter engine is likely to be ruled out for the new Spyder. This means it will make 525 horsepower and 391 pound-feet of torque.

Though it weighs roughly 200 pounds more than the hardtop coupe, the R8 V-10 Spyder still slingshots to 60 mph in 4.1 seconds on its way to a 195-mph top-end limit, according to Audi. Heat-reflecting seats are part of the standard equipment list, as are seatbelts that are woven with microphones for superior, er, handsfree cellphone use. The top can be operated up to about 30 mph, Audi adds. It comes in three color choices. LED headlamps will be standard.

The R8 Spyder will be a 2011 model when it shows up in North America next summer.