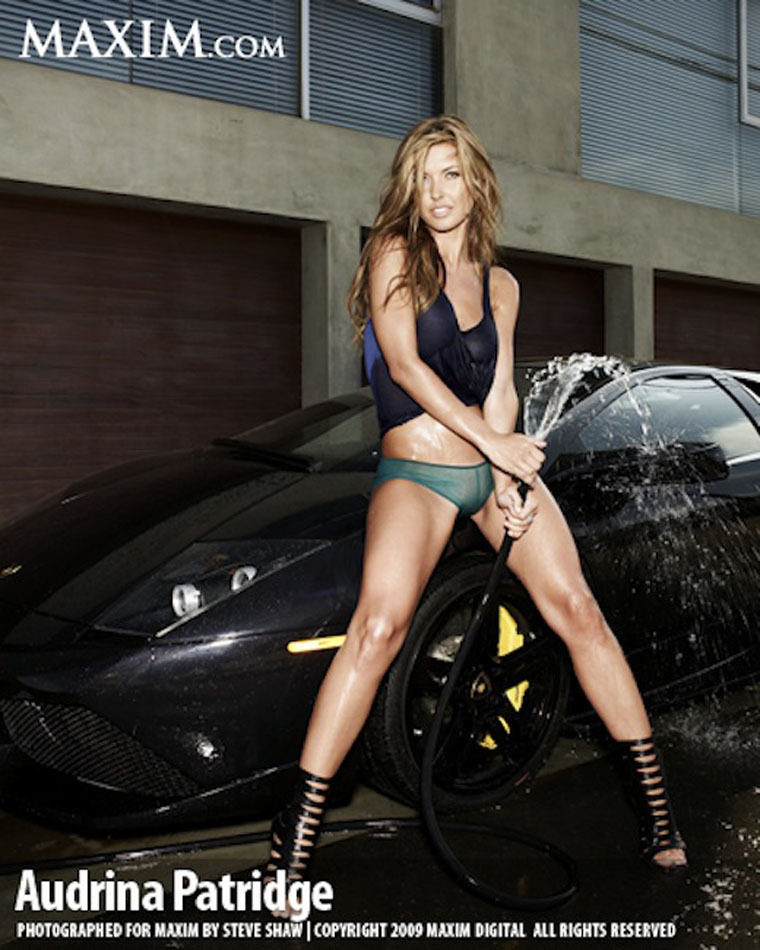 Wow. Audrina Patridge is clearly out to prove something in this shoot for the October 2009 issue of Maxim -- though what that something may be, we're not sure.

She may be trying to prove that she's sexy -- which is, let's be honest, not a stretch. Audrina might play all goody-goody, sugar-and-spice-girls on The Hills and on her new show when she goes shopping in her snow-white Mercedes Benz SL, but we're not blind. We see that figure. She's a foxy lady. Possibly even foxier than Megan Fox herself.

Alternately, Audrina may be trying to prove that she can out-pose her Hills colleague, Heidi Montag. Frankly, that's not much of a stretch either. Montag's semi-clothed [but still NSFW] spread for Playboy doesn't smolder half as much as Audrina's Maxim shots. Click through and see for yourself. We bet Heidi doesn't even know where the washing machine is in her house. Feh. Her loss.

Or Audrina could simply be trying to prove that she loves supercars. Like, really, REALLY loves them. This Lamborghini Gallardo, for example, seems to be having quite an effect on her. Sure, it has the same effect on us, but luckily for our readers, we have different ways of showing it.