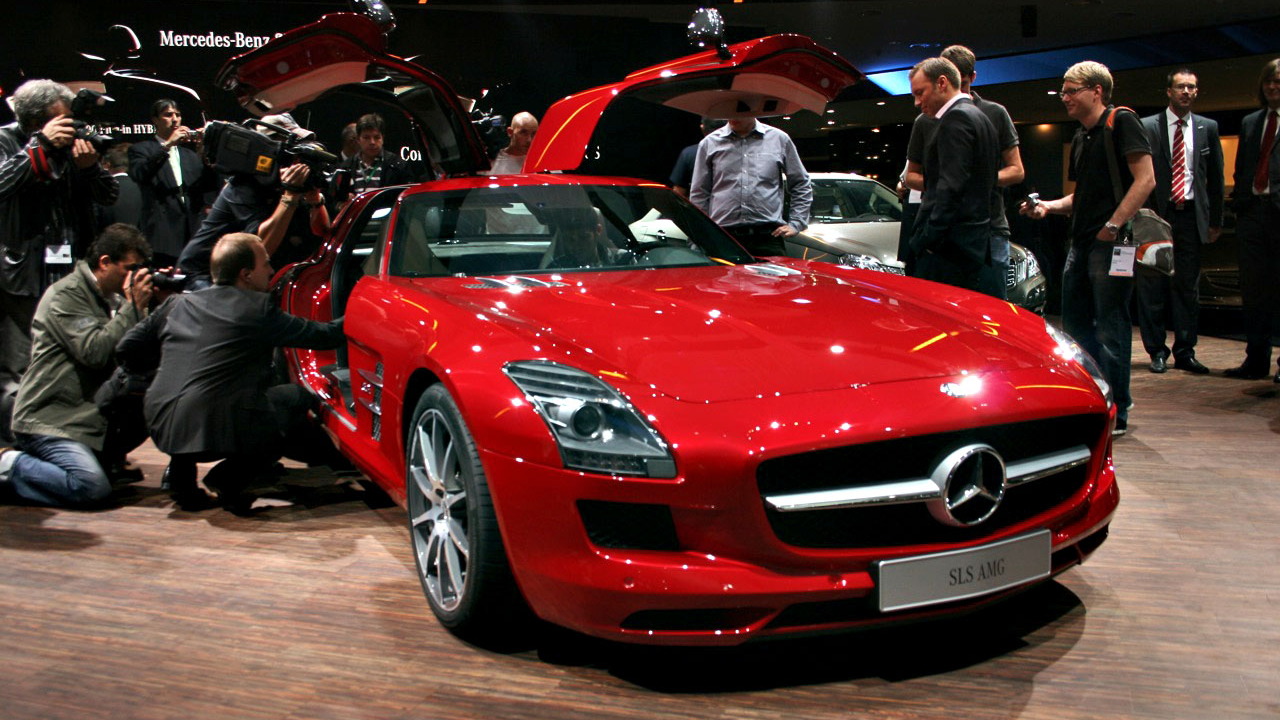 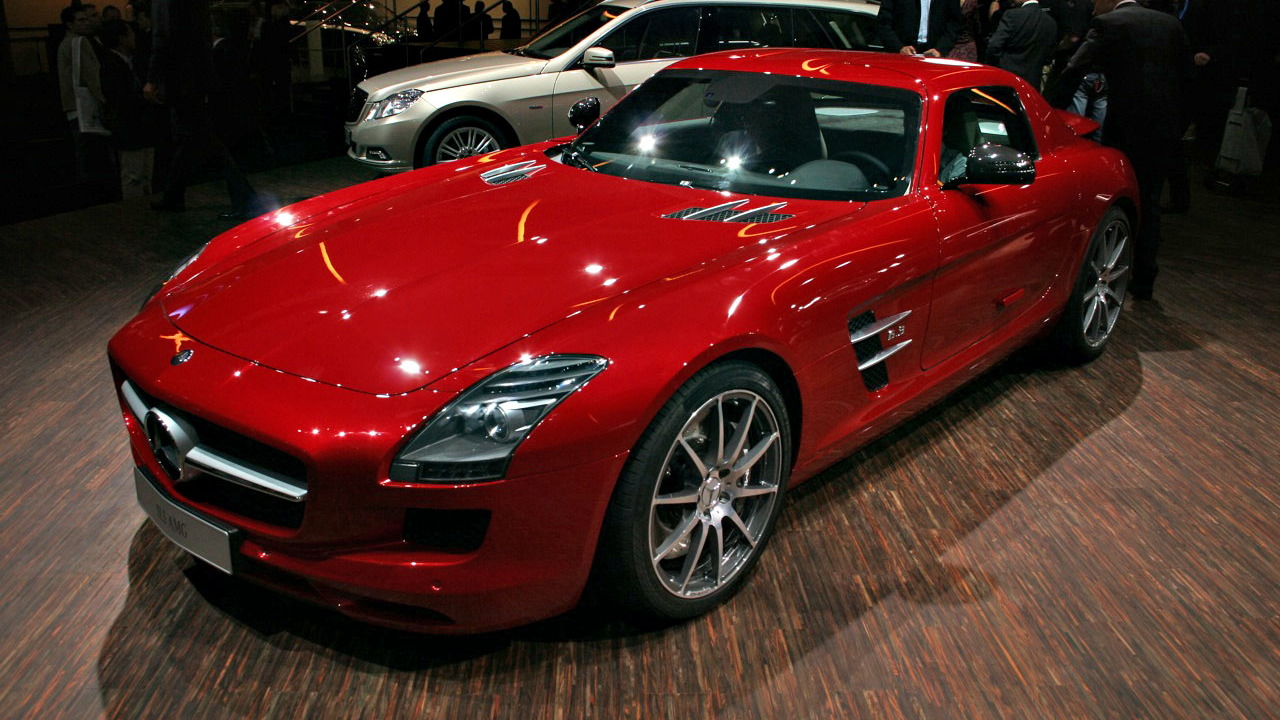 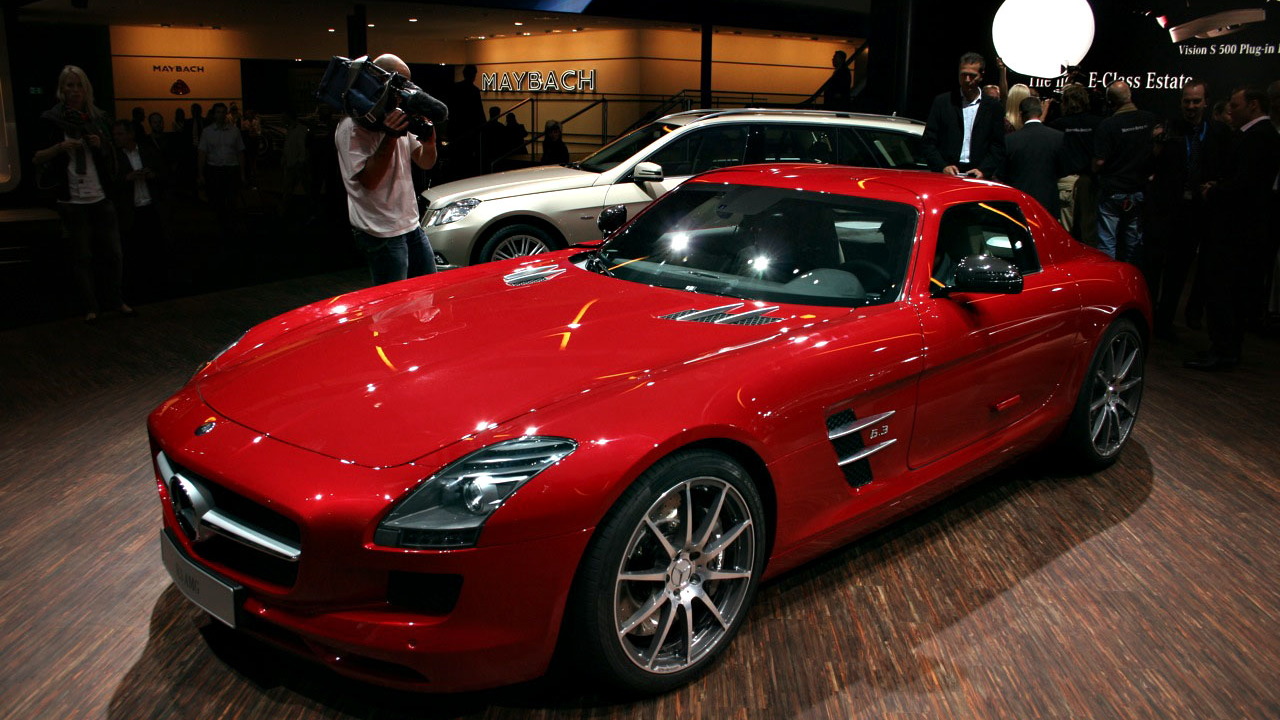 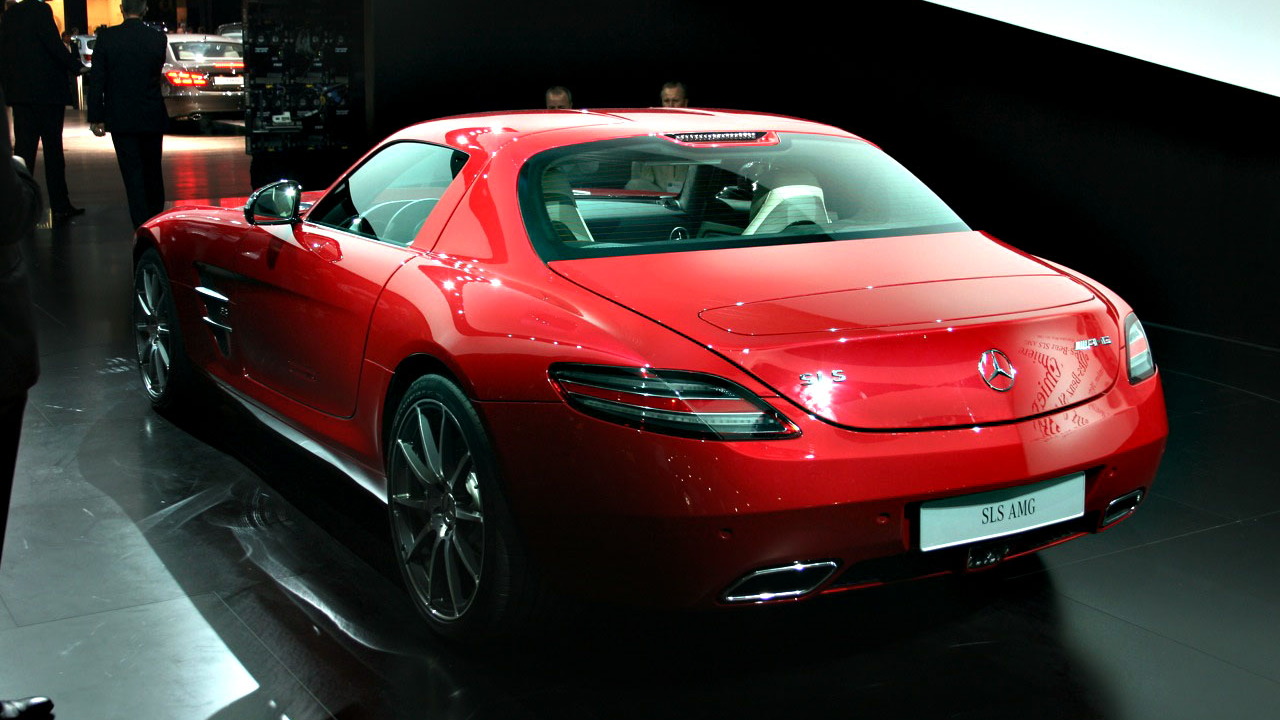 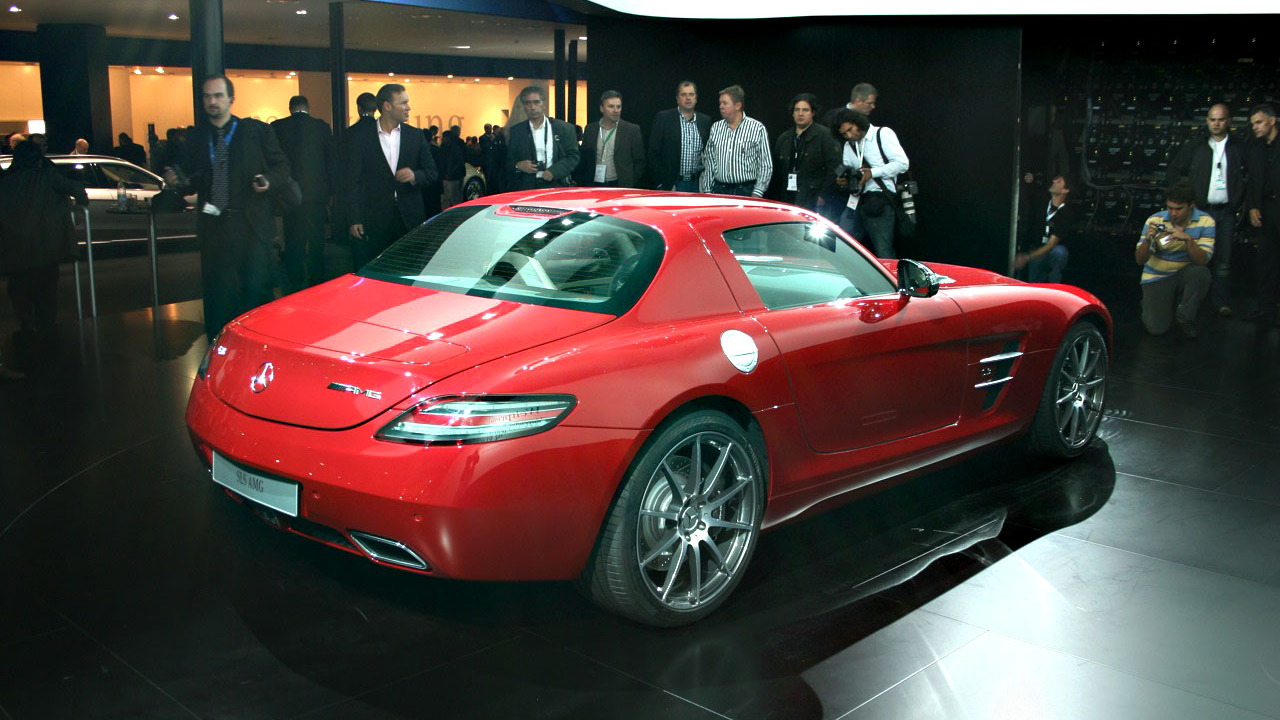 Retro is all the rage these days, and Mercedes-Benz hopes to capitalize on that trend with its upcoming 2011 SLS AMG, which will pay homage to the company's famous 300SL.

The new car will be a modern take on Mercedes' past, as it will offer roof-mounted, upward-opening gullwing doors. While the doors will provide plenty of show, the 6.3-liter V-8 will provide plenty of go, thanks to its output of 563 horsepower and 479 lb-ft of torque. Equipped with a seven-speed dual-clutch transmission, Mercedes claims the SLS will hit 60 mph from a dead stop in just 3.6 seconds. Top speed is an electronically-limited 195 mph, according to the automaker.

Slated for an American sales launch in spring of 2010, as a 2011 model, the SLS will offer other performance goodies, such as ceramic-composite brakes, light-weight alloy wheels, an aluminum double-wishbone suspension in both the front and rear, and 19-inch wheels and tires. Safety features will include ABS, a brake assist system, and an anti-skid system.

No pricing details have been released yet, but it should go without saying that an SLS AMG with gullwing doors ain't gonna be cheap. A six-figure price tag is all but a given.

Even during times of economic distress, luxury automakers aren't shy about putting forth products that make enthusiasts dream. Independently wealthy folks whose 401Ks are still unscathed may be lucky enough to shell out the dough for what should a super Mercedes. For the rest of us, well, we can dream.