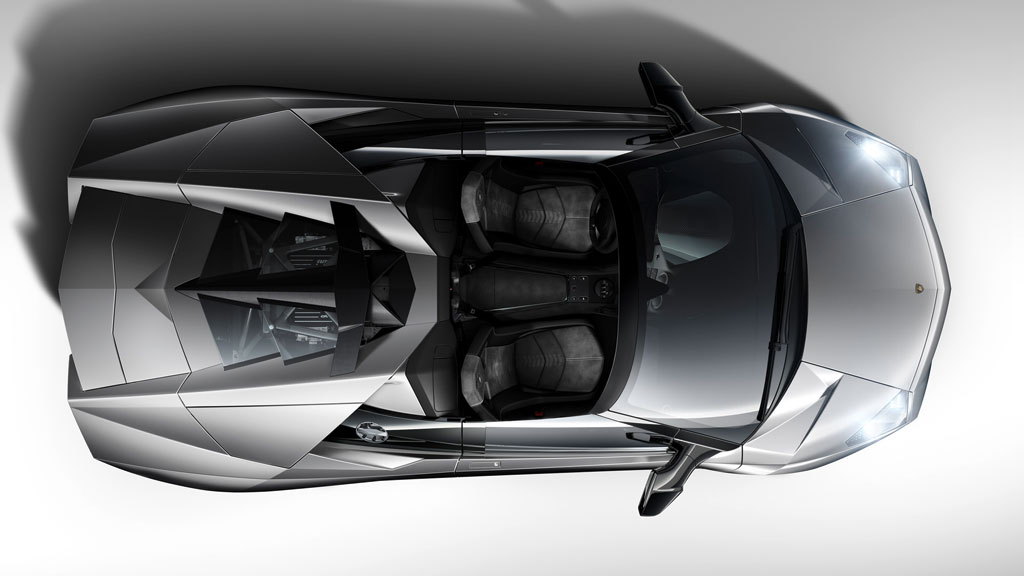 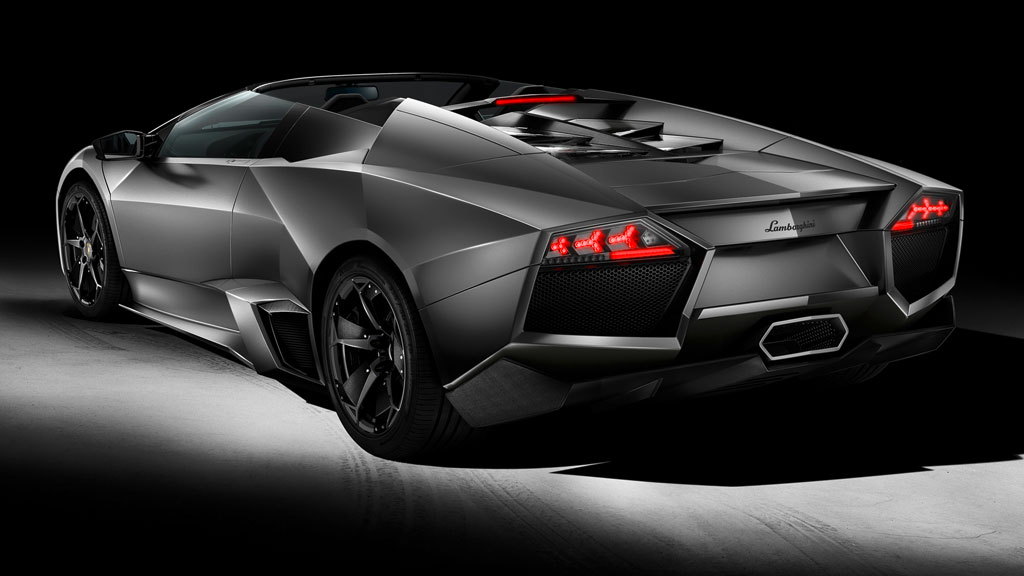 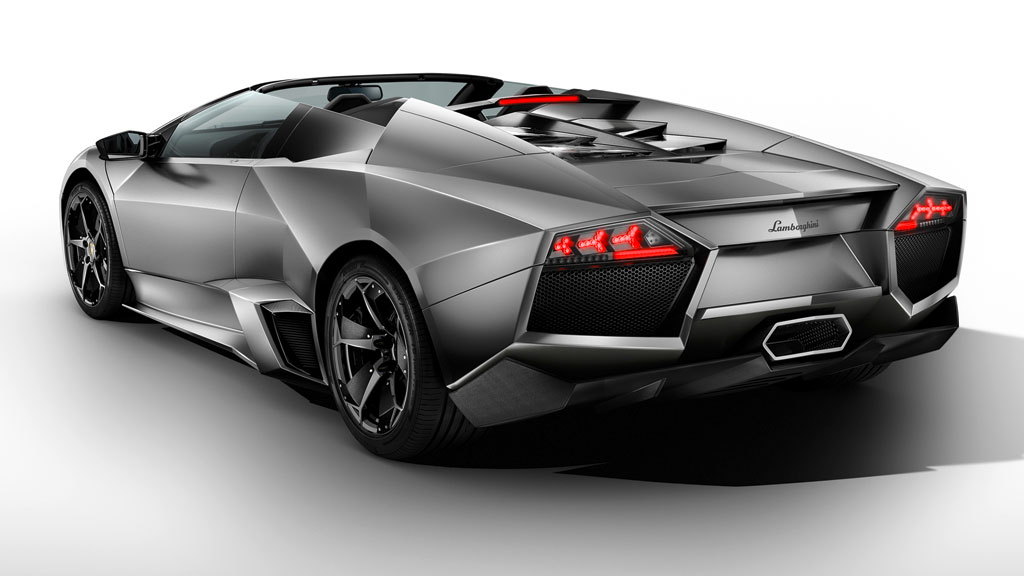 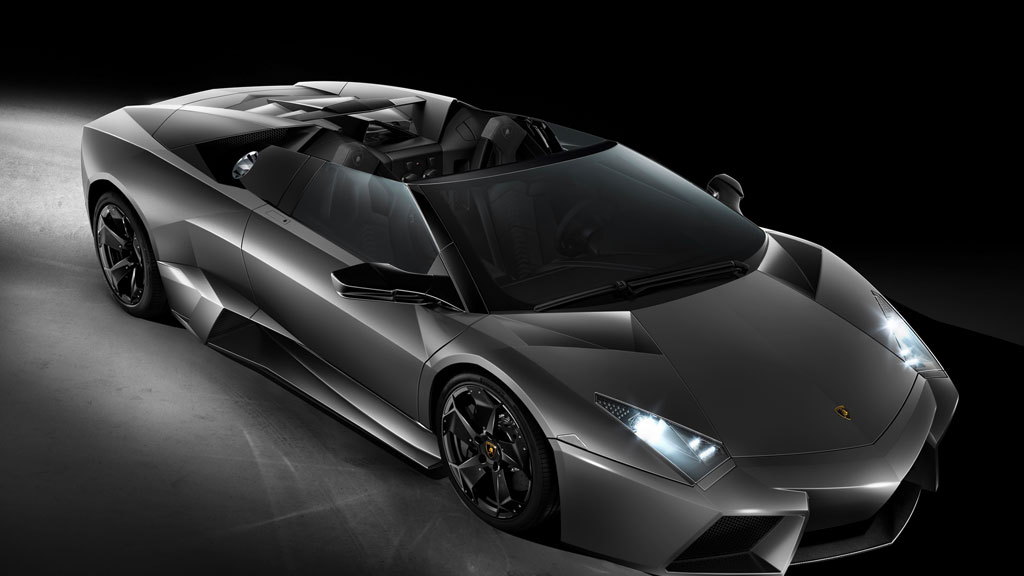 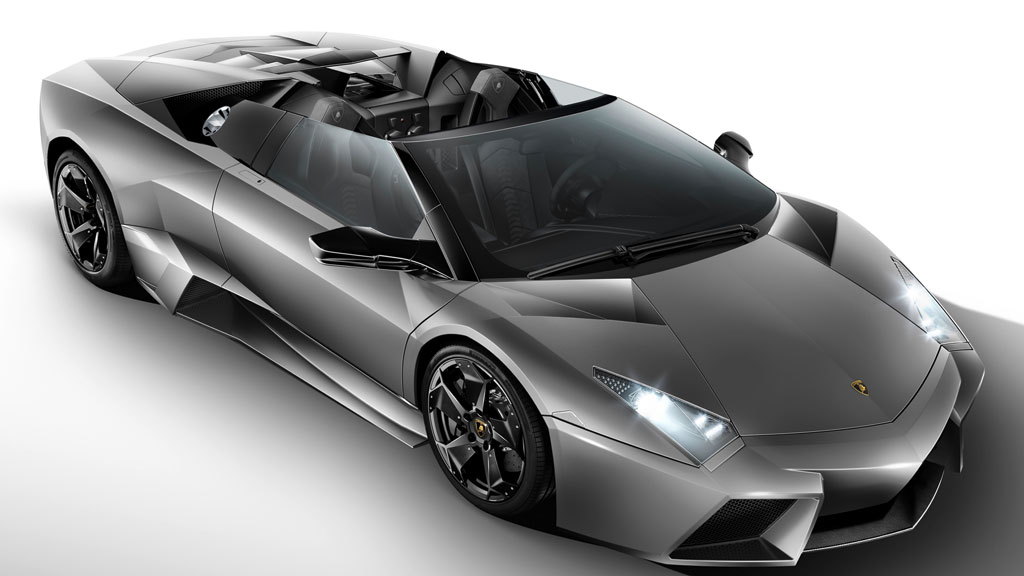 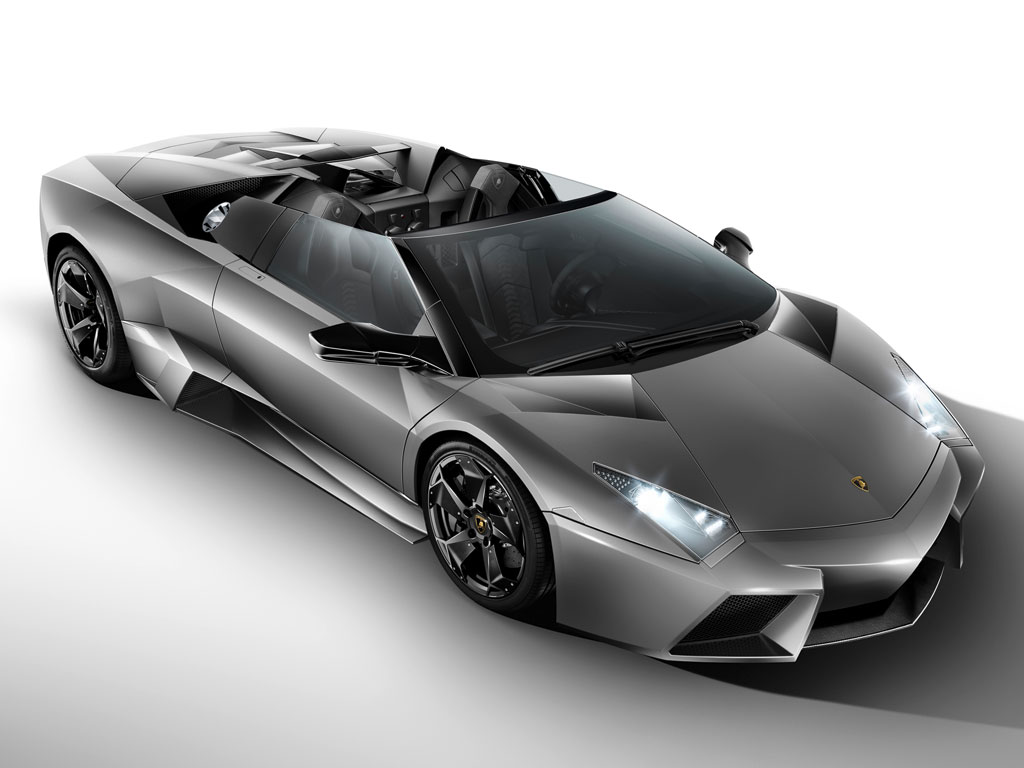 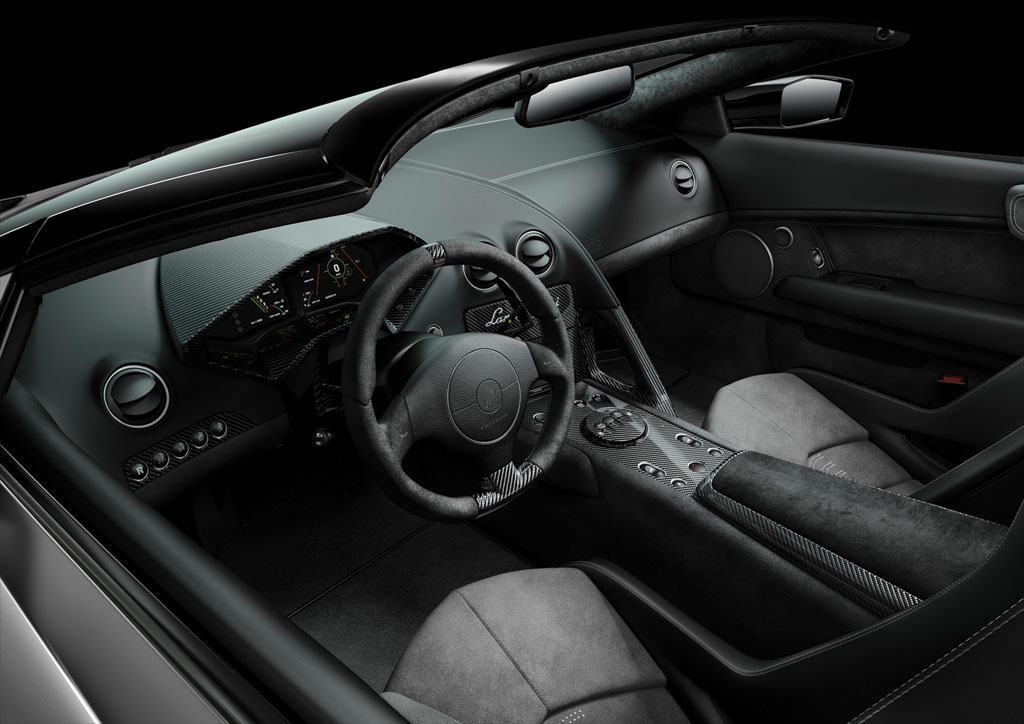 It's that time of year: another auto show approaches, preceded by leaks and broken embargoes. Most of the cars are expected and even a bit over-hyped by the time they see the stands, but it's unlikely anyone is going to be jaded to the Lamborghini Reventon Roadster this year.

Lamborghini officially took the veil off the car today, revealing a roadster every bit as insane and over-the-top as its coupe sister. Still as raw and jet-fighter-inspired as ever, the Reventon's design theme fits the Roadster version as well as or better than the original.

A special shade of matte grey, called Reventon Grey, is slightly different from that of the coupe, and exclusive to the new Roadster. Five-spoke rims create visual impact as well as a turbine effect to help cool the mighty brake rotors.

It'll be doing battle with a whole new range of competition from the original 2007 Reventon, but the 6.5-liter V-12 engine and 650-horsepower output should still stand it in good stead with all but the green types, though even they'll be glad to hear the car only gains 55 pounds over the standard Reventon, since the base chassis is so stiff only minimal extra bracing is needed to preserve performance with the roof off.

The Reventon Roadster's performance matches its Coupe counterpart, accelerating from 0-62 mph in just 3.4 seconds, but comes up 6 mph short on top speed at just 205 mph.

Fewer than twenty of the supercars are to be built, building even more value into the instrinsically collectible car. Price of entry? A cool $1.6 million (well, 1.1 million euros to be exact). But that's a small price to pay for greatness, right?

Features include a permanent ‘Viscous Traction’ all-wheel-drive system and Lamborghini’s e-gear semi-automatic transmission. The cockpit features the same aircraft-inspired, Alcantara-upholstered awesomeness you've drooled over for the past 2 years in the standard Reventon, with the Roadster featuring two transflective and one transmissive LCD displays. The touch of a button can change the instrument panel graphics from a pure digital display to a modern interpretation of an analog gauge pod.

Deliveries of the car will begin in October, 2009, so if you're not already on the waiting list, you're probably too late.