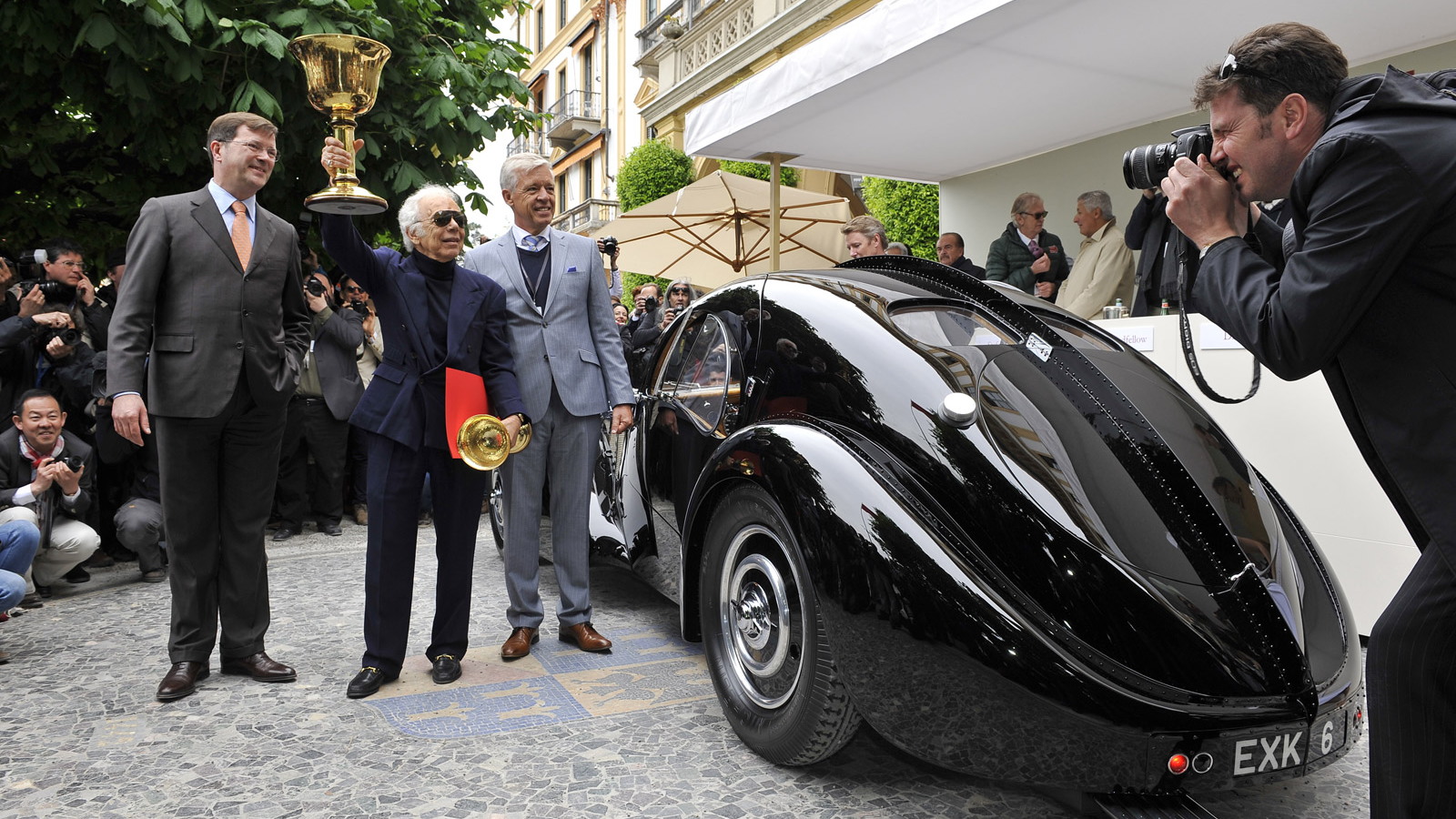 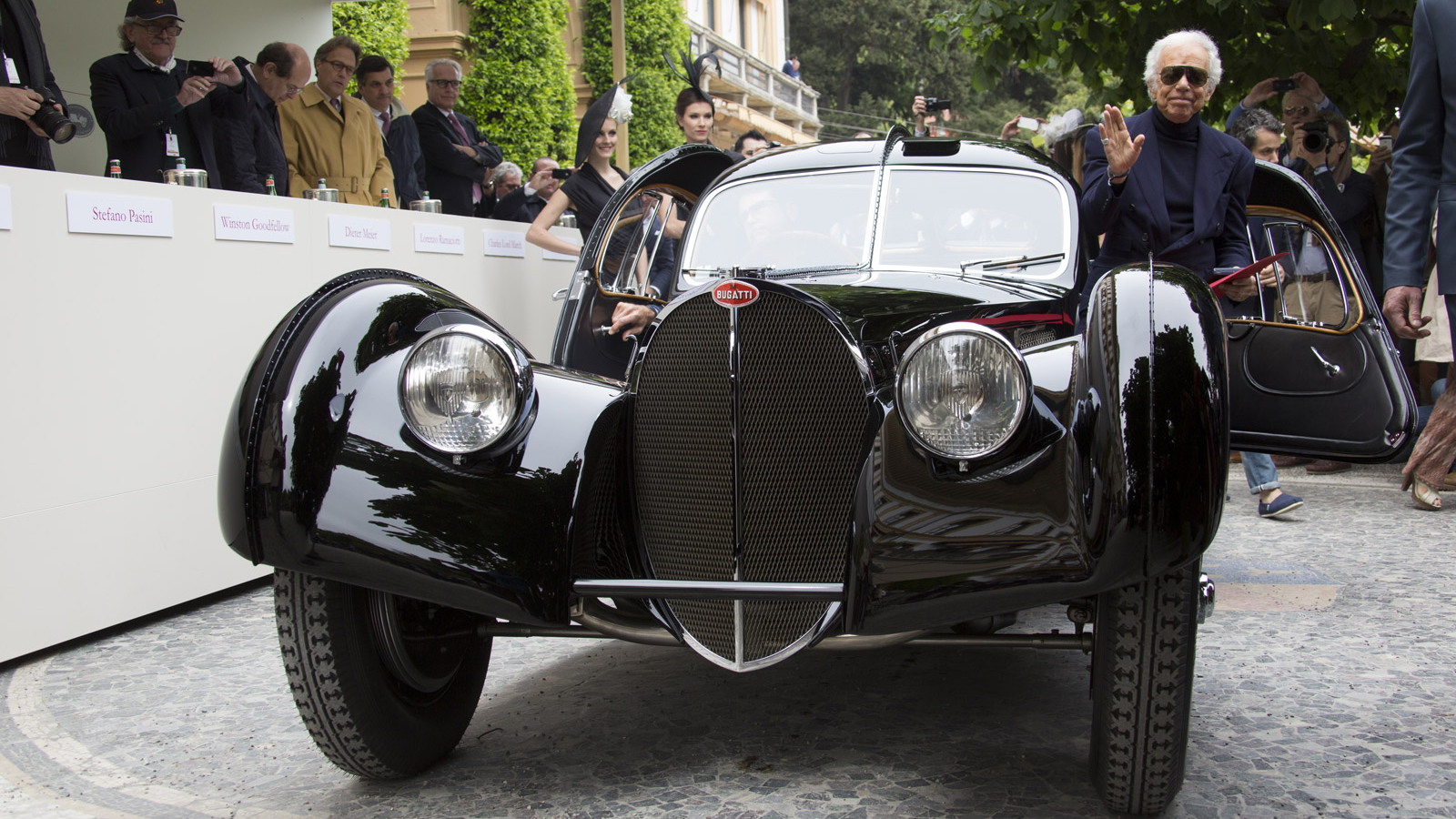 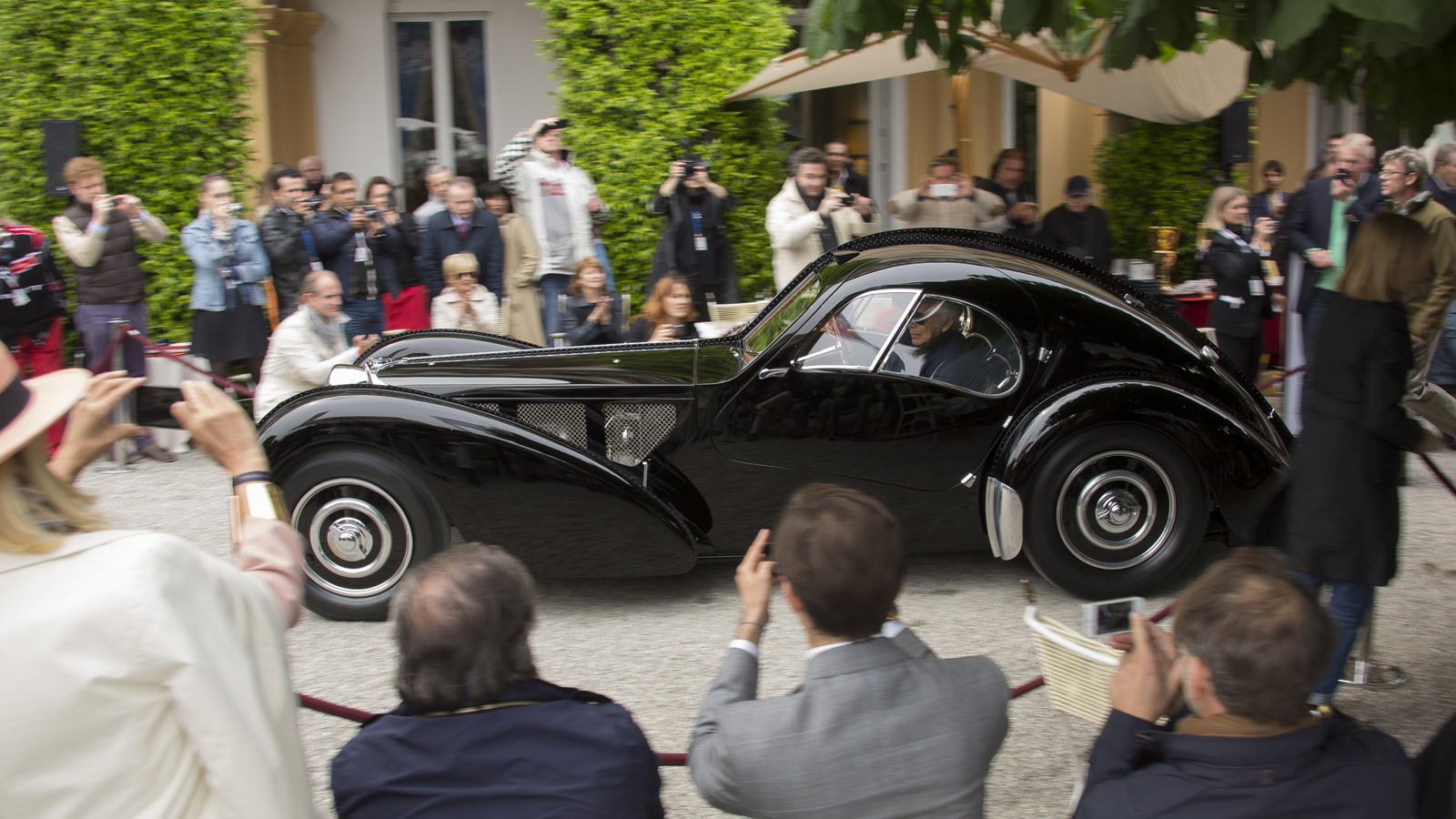 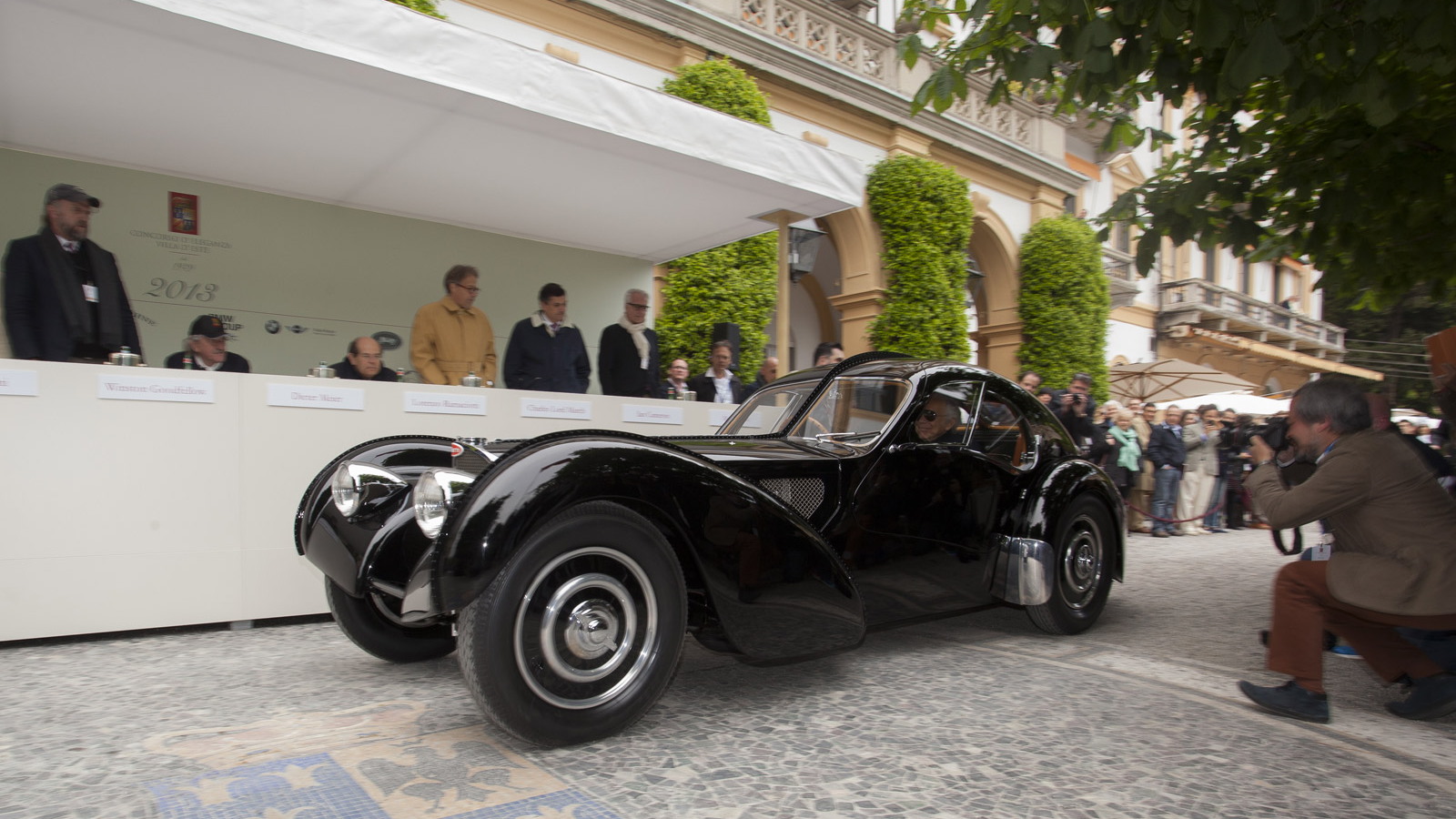 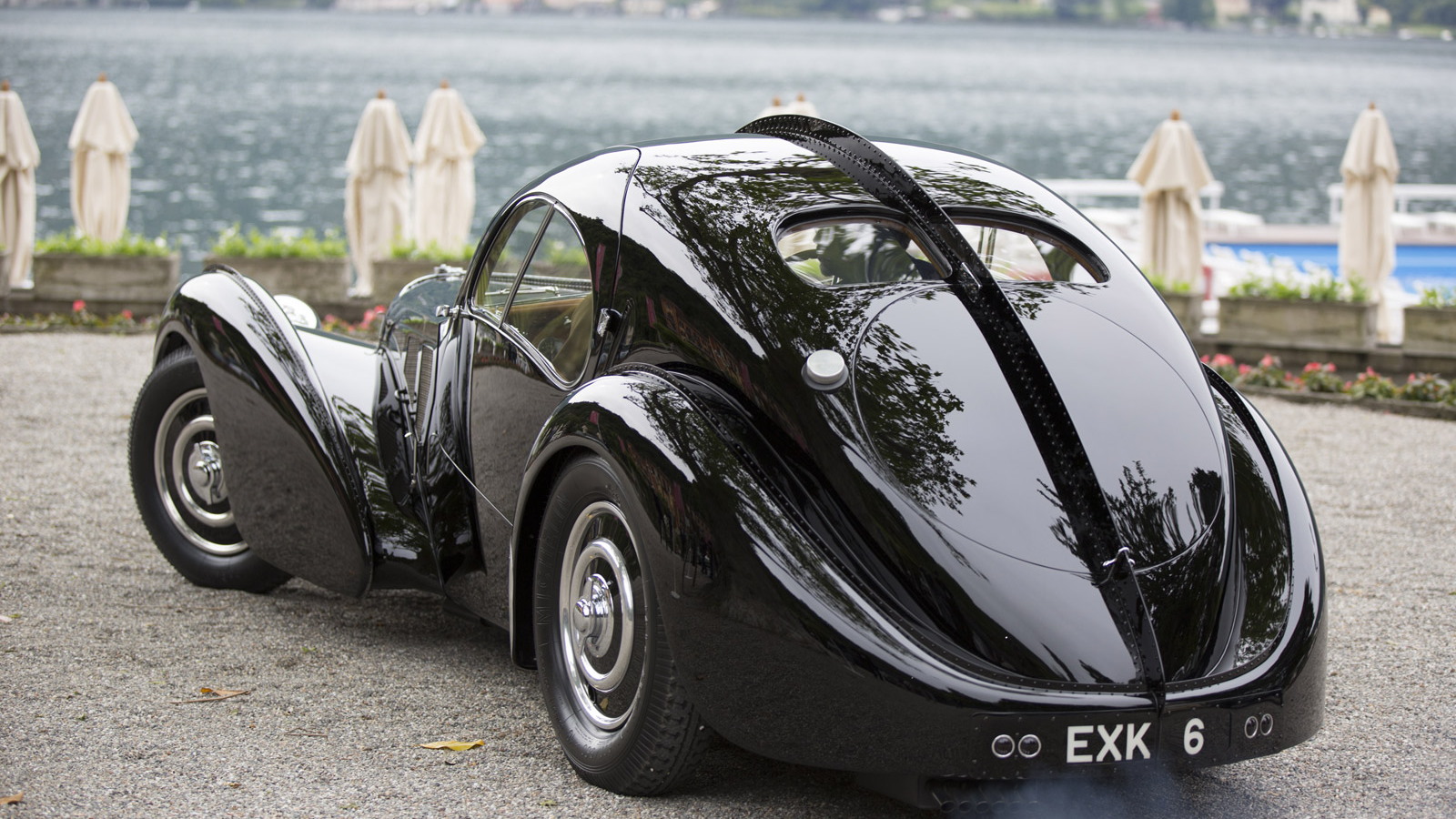 7
photos
A 1938 Bugatti 57SC Atlantic owned by fashion icon Ralph Lauren was awarded the ‘Best Of Show’ title at this past weekend’s 2013 Concorso d’Eleganza Villa d’Este.

Thousands of visitors descended upon the shores of Lake Como in Italy for the event which was packed with some of the most desirable classics the world has ever known as well as some never-before-seen creations.

As for this Bugatti 57SC Atlantic, it was personally presented by Lauren and was a favorite among the Concorso jury members as well as the general public.

It is one of just two examples still in existence (only three were ever built). A similar version from 1936 sold for more than $30 million in 2010 and is regarded as the most expensive car ever sold.

The award for the best concept car, meanwhile, went to the Alfa Romeo Disco Volante by Touring.

For more from the 2013 Concorso d'Eleganza Villa d'Este, click here.