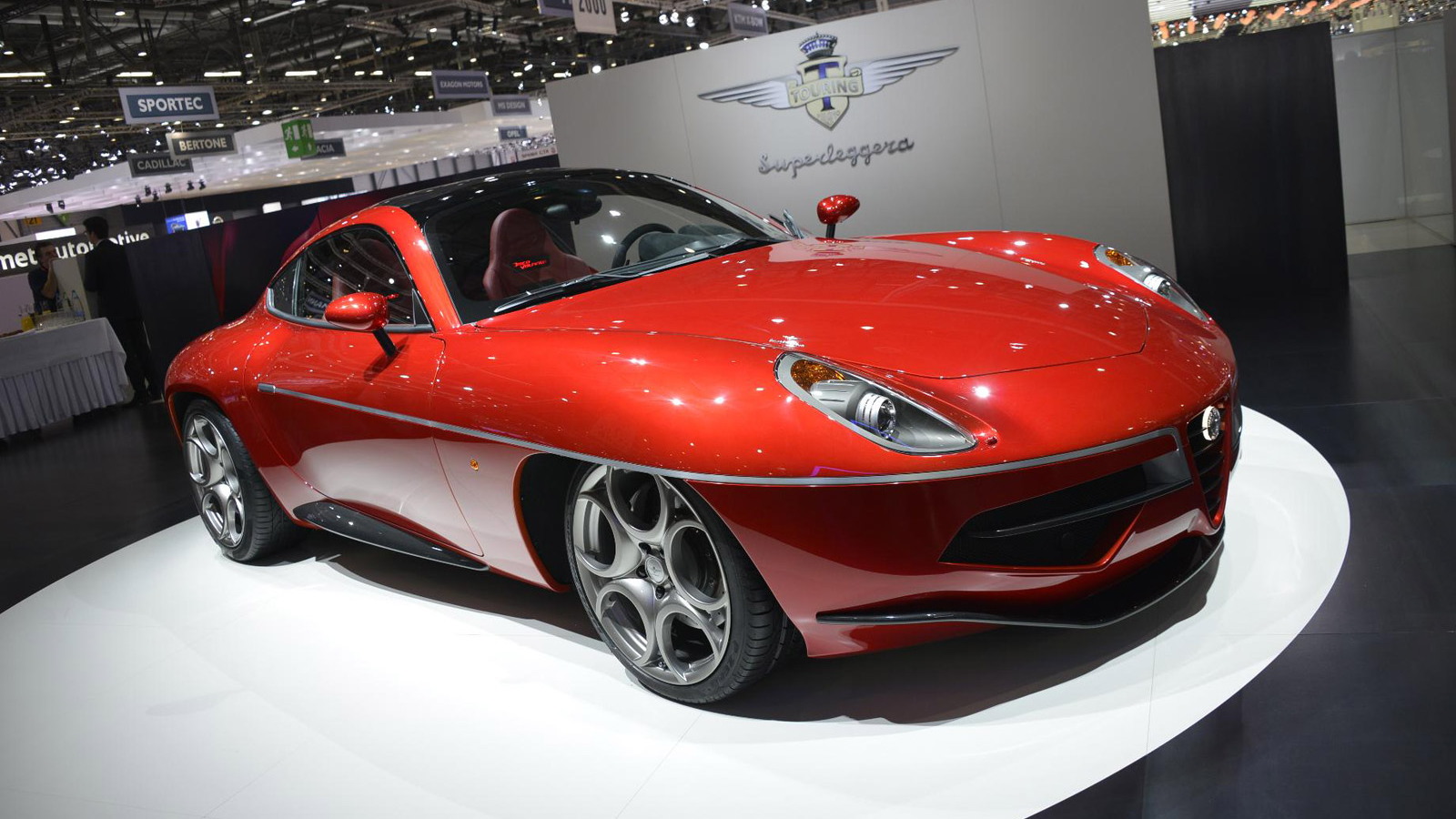 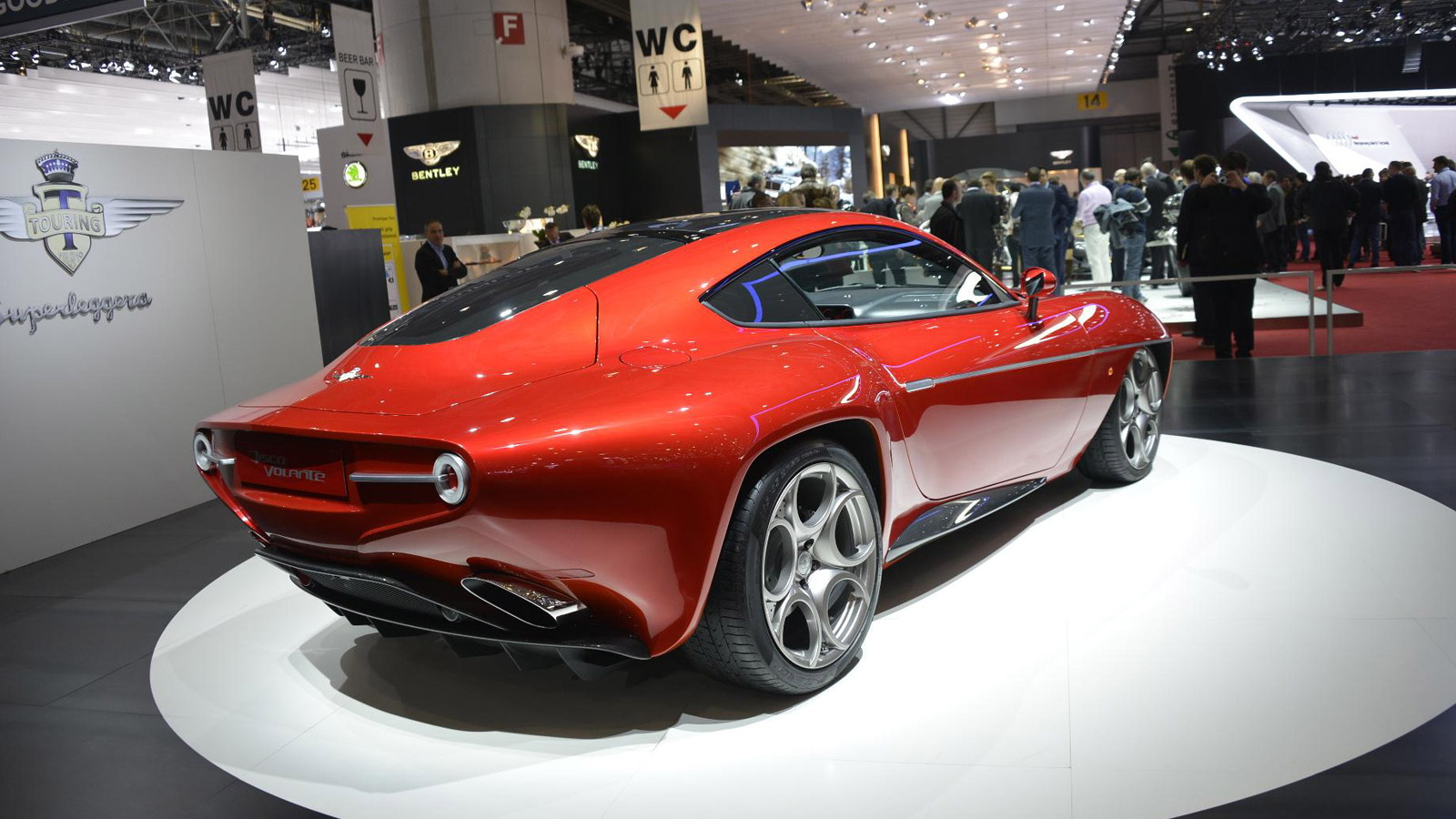 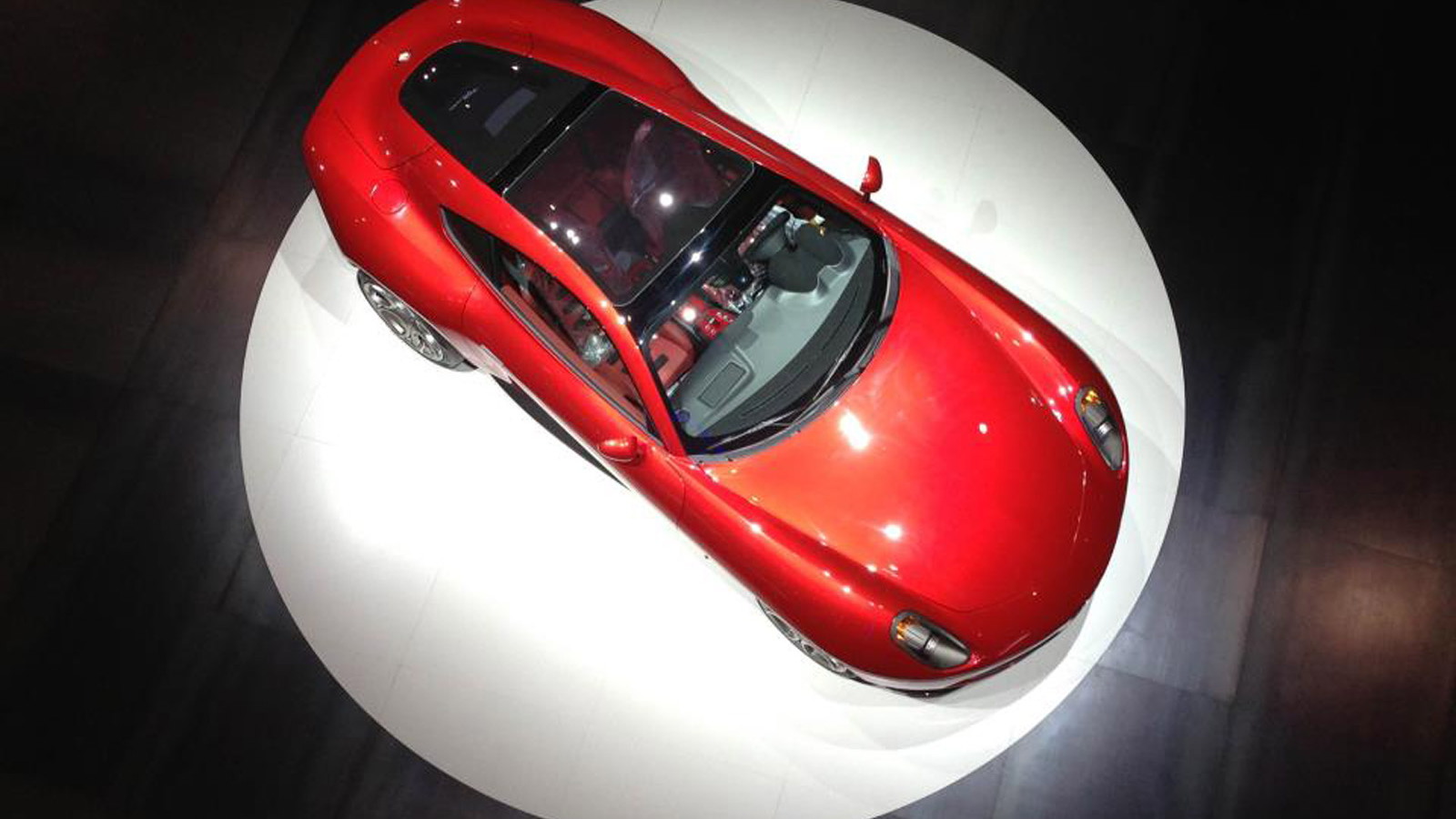 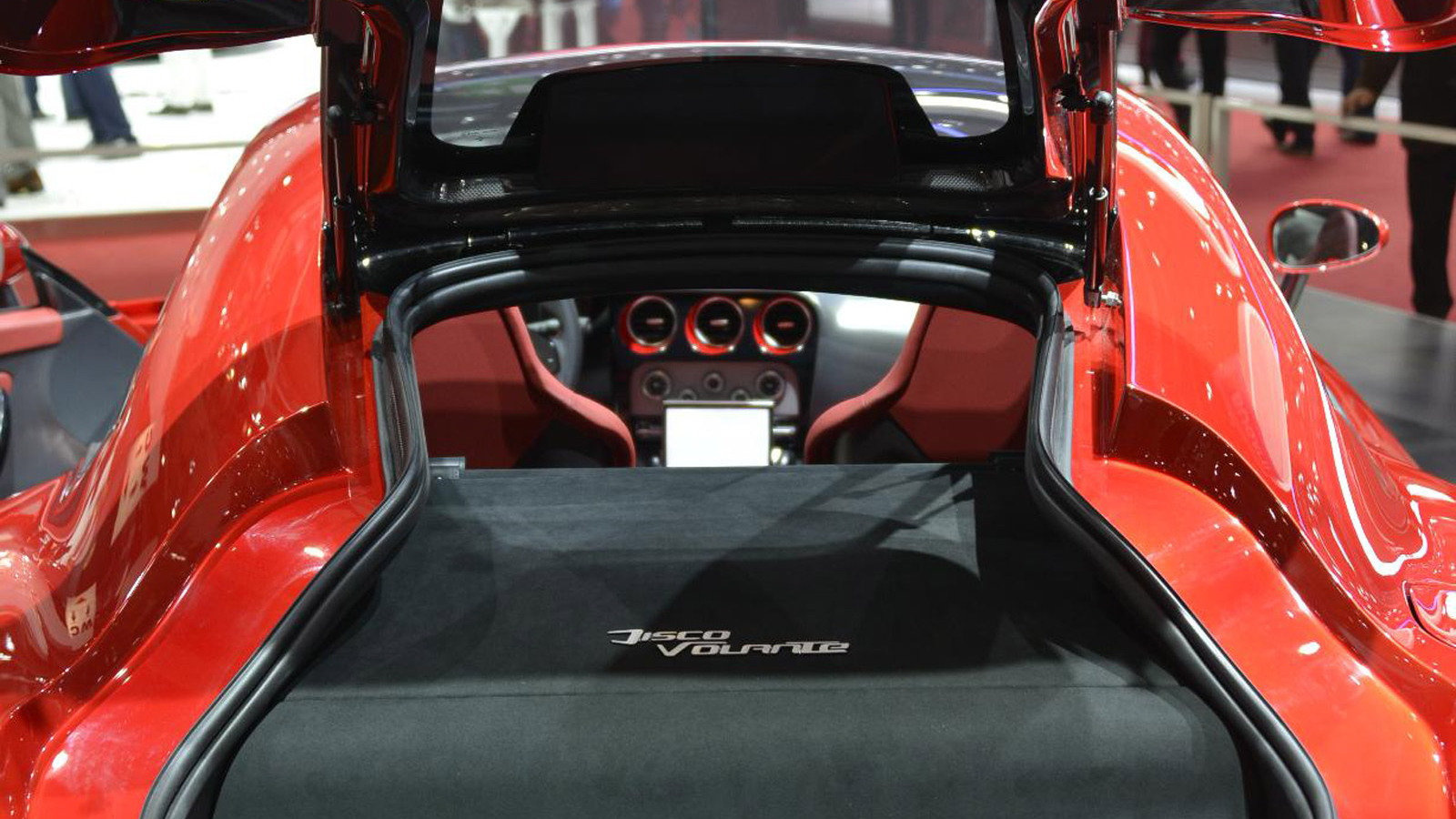 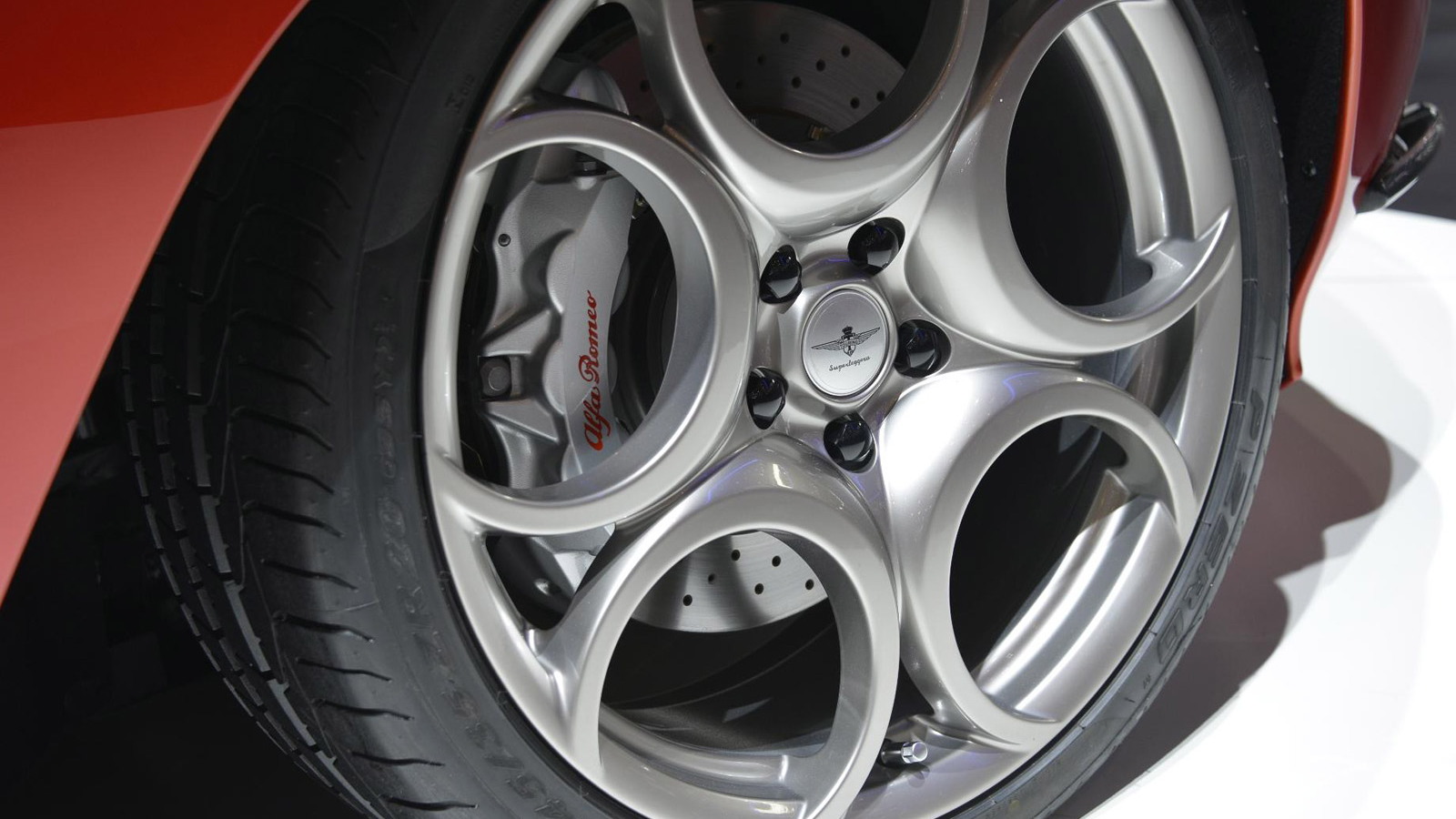 Touring Superleggera’s Disco Volante is without doubt one of the most beautiful cars on show this week at the 2013 Geneva Motor Show, though this isn’t a concept like we saw at last year’s show but a production model the Italian coachbuilder is now taking orders for. Touring has confirmed it will build a maximum 500 Disco Volantes, each of them tailored to suit the demands of their individual--and discerning--buyers.

Starting with an Alfa Romeo 8C Competizione, Touring strips down the car to its bare essentials. The steel spaceframe chassis with separate structural elements including a carbon fiber cell are retained for their torsional stiffness. The front-mounted V-8 and rear transaxle of the 8C are also retained as their performance--and near-ideal 49-51 front-rear weight distribution--is more than adequate for Touring’s purposes.

In a process that takes approximately 4,000 man-hours, the artisans at Touring’s Milanese atelier adds body panels crafted from hand-beaten aluminum and bumpers made of carbon fiber. More carbon fiber is used for some of the substructures, due to the materials light weight and superior strength.

The engine is a 4.7-liter V-8 rated at 443 horsepower and 353 pound-feet of torque. It sends drive to the rear wheels via a six-speed automated manual gearbox with paddle shifters. Together with a limited-slip differential and a performance braking system, sporty handling and dynamics are guaranteed. Touring promises 0-62 mph acceleration in 4.2 seconds and a top speed of 181 mph.

However, pure speed is not what Touring’s modern-day Disco Volante is all about. A great deal of focus is also placed on craftsmanship, quality, innovative design and automotive history.

The latest car is a modern interpretation of the 1952 Alfa Romeo C52 Disco Volante, originally crafted by Carrozzeria Touring and developed for testing of new technologies that could be easily adapted for racing. Based on the Alfa Romeo 1900 C, the original car was built solely as a lightweight racing car but soon became a design icon.

The modern Disco Volante celebrates the myth of this 1952 style icon, retaining the car’s blend of innovation, emotion and aerodynamic properties, along with a timeless shape.

Should you want one of your own, the process is both complex and (presumably) expensive. First, you’ll need to track down an original 8C to serve as a donor car. Once secured, you’ll need to ship it over to Italy and wait around six months for Touring to finish its conversion.

The good news is that all the modifications have a two-year warranty and maintenance and servicing can be done at all dealerships that service the Alfa Romeo 8C. Pricing is available on application.