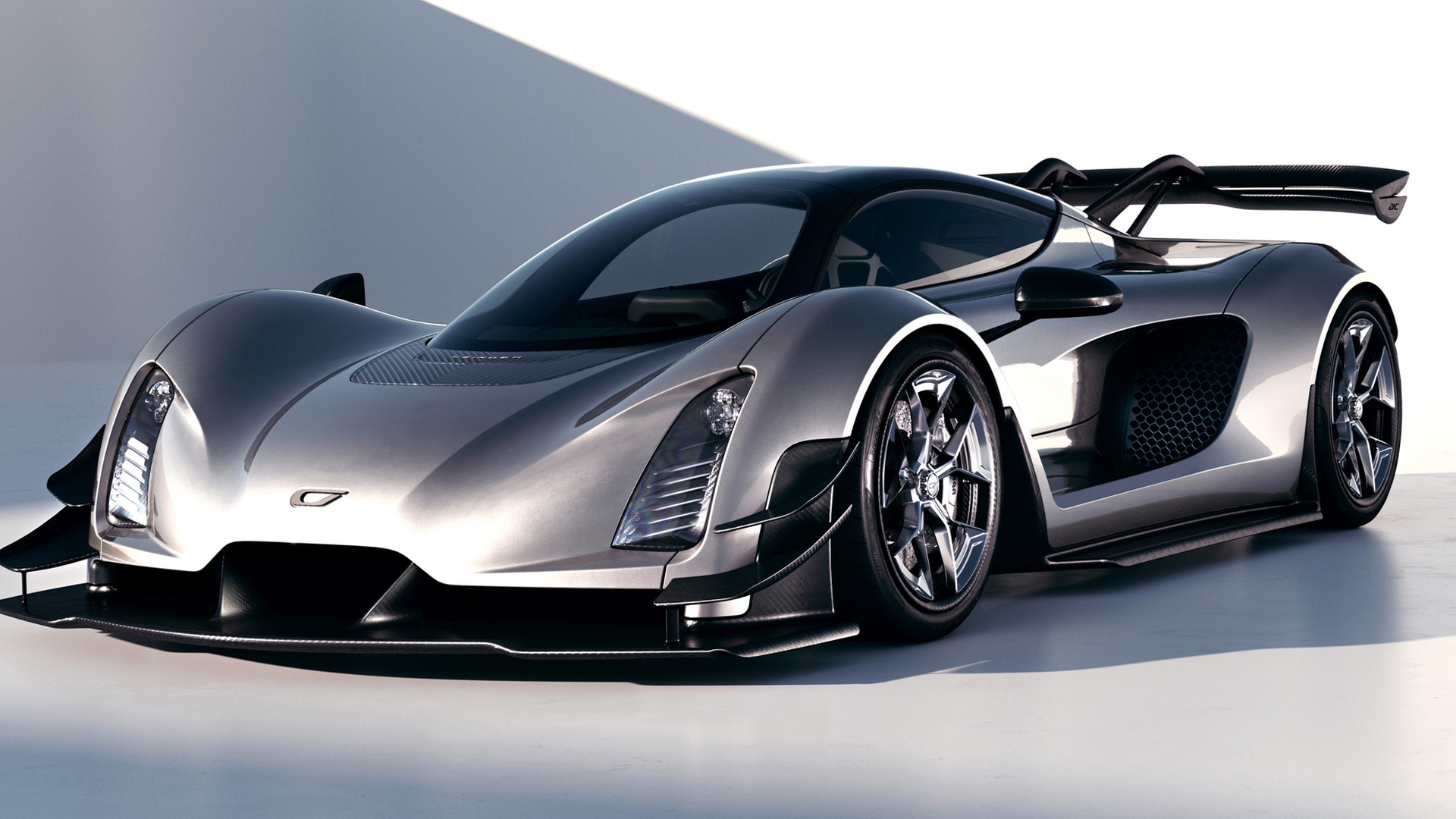 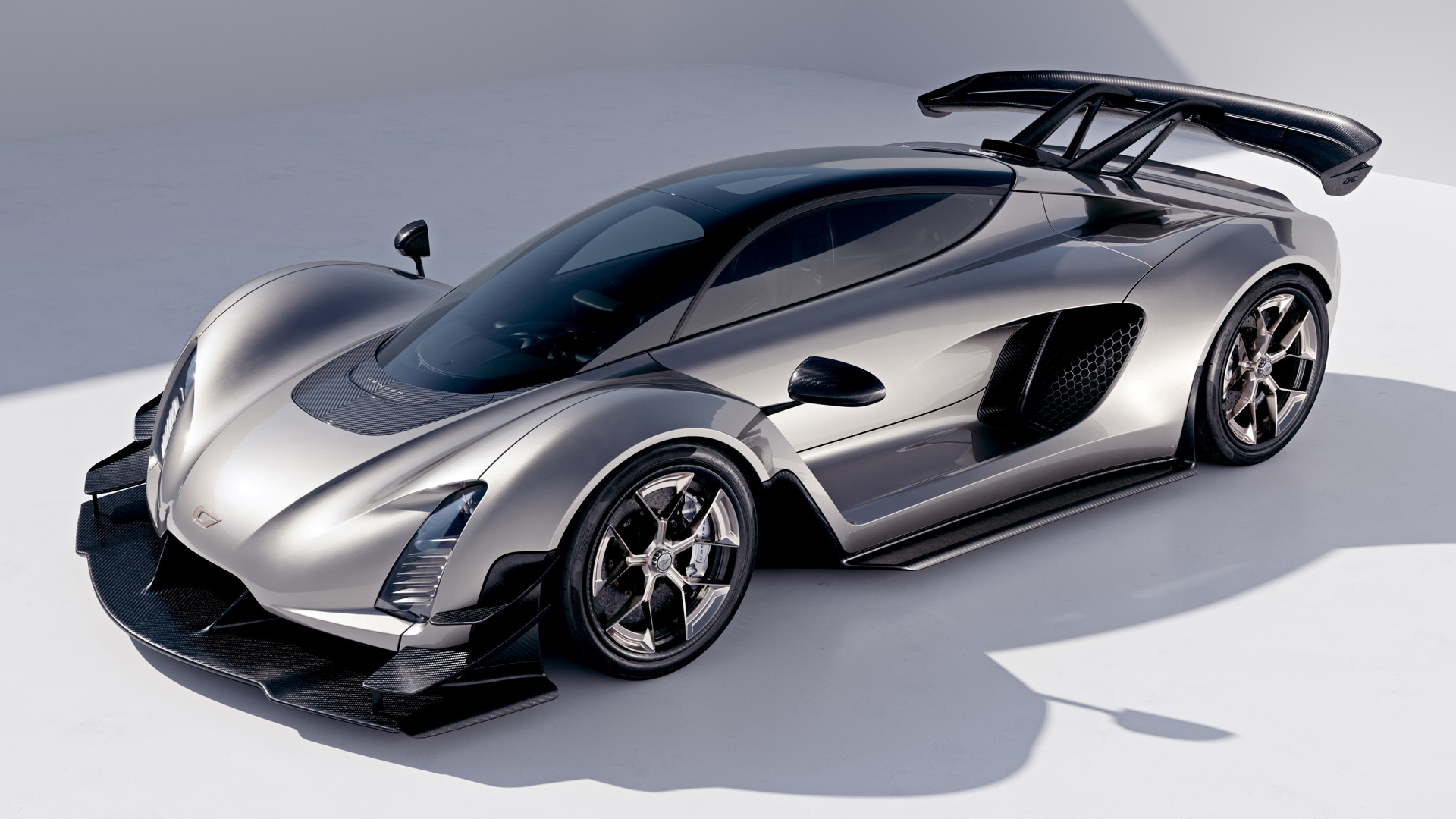 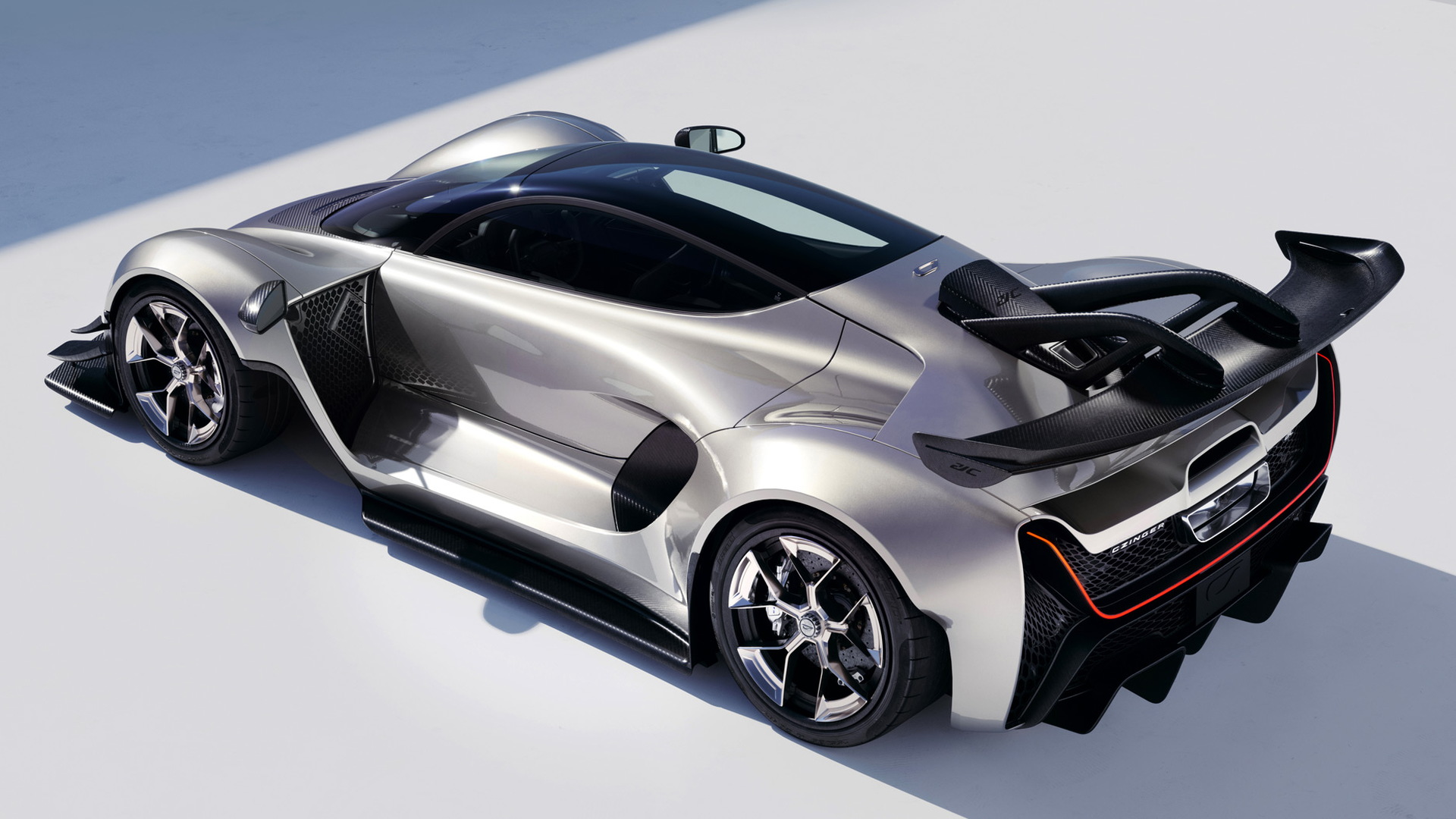 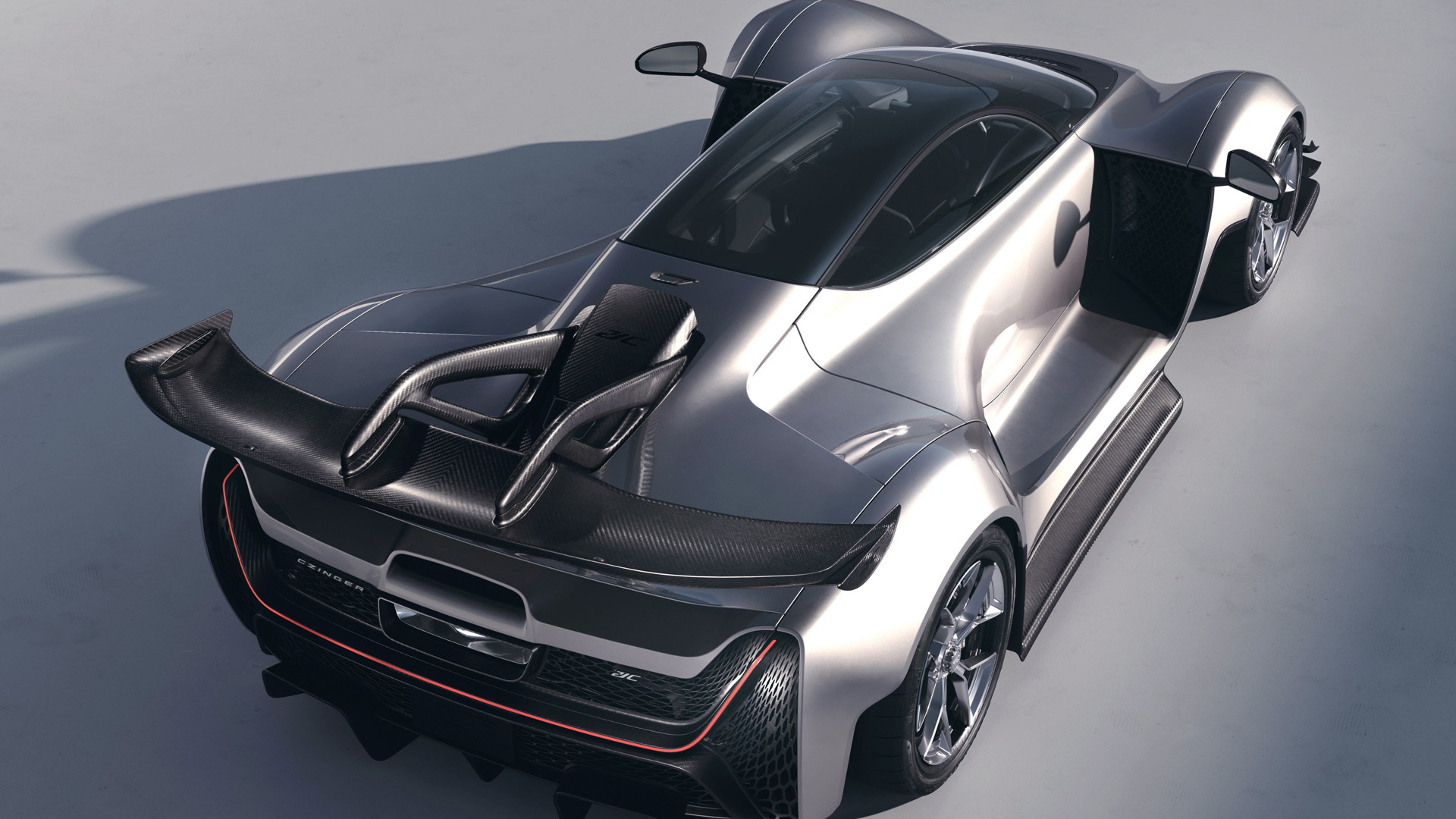 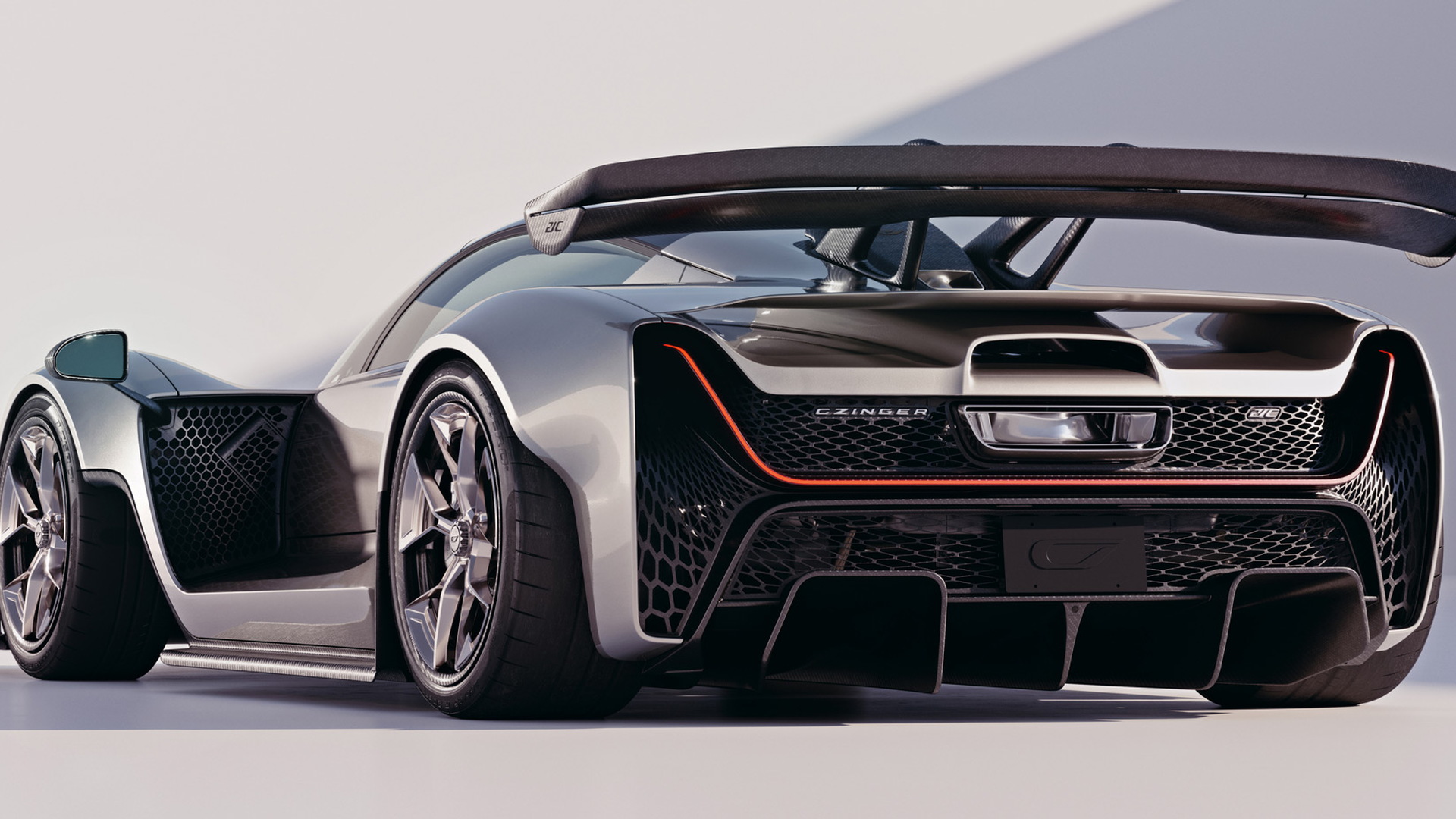 American startup Czinger shocked the automotive world in early 2020 when it unveiled the 21C, a 3D-printed hybrid hypercar with a central driving position and performance on the same level as cars coming from the likes of SSC and Koenigsegg.

On Tuesday, the Los Angeles-based company unveiled the production-ready 21C and it's even wilder than before.

The 21C's track has been widened to 80.7 inches for production, with the extra width requiring new designs for the fenders and front and rear fascias. Incredibly, weight has also been reduced, with the dry figure decreasing from 2,755 to 2,733 pounds.

The standard power rating remains unchanged at 1,233 hp, but a new power upgrade is being offered that can boost the output to 1,331 hp. The power is courtesy of a sophisticated powertrain that consists of a bespoke 2.88-liter twin-turbocharged V-8 and trio of electric motors. Two of the motors power the front wheels while the V-8, which features a flat-plane crank design, powers the rear pair via a 7-speed automated manual transmission. The third electric motor is mated to the V-8 and acts as a generator. It ensures the vehicle's pair of fast-charging lithium-titanate batteries are always topped up.

Claimed performance specs include a 0-62 mph time of 1.9 seconds, a quarter-mile time of 8.1 seconds, and a top speed of 281 mph (with an available low-drag configuration). Those figures are better than what Rimac has claimed for its Nevera electric hypercar, and that top speed is just shy of the current record for production cars, the 282.9 mph set by the SSC Tuatara in January.

Czinger plans to build just 80 examples of the 21C and the first example is expected to be delivered later in 2021. Production will be handled at a facility in L.A., with the process doing away with tooling, assembly lines, and all the other expensive trappings of traditional automotive manufacturing.

Almost all of the metal components—aluminum, titanium, and Inconel (a heat-resistant material originally developed for use in the aerospace industry)—are 3D-printed while composite body parts are formed in molds. And instead of mating components together on a traditional assembly line, everything is done by robots in one central location.

At the 21C's reveal last year, the company announced a starting price of $1.7 million. It isn't clear if this figure has changed in the time since. Also at the 21C's reveal, Czinger CEO and founder Kevin Czinger said the plan was to make the company a proper performance marque with multiple models.

Czinger is known to have at least three more models on the drawing board, with the first of these expected to arrive after 2023. These additional Czingers will be more attainable than the 21C but still exclusive offerings with extreme performance.