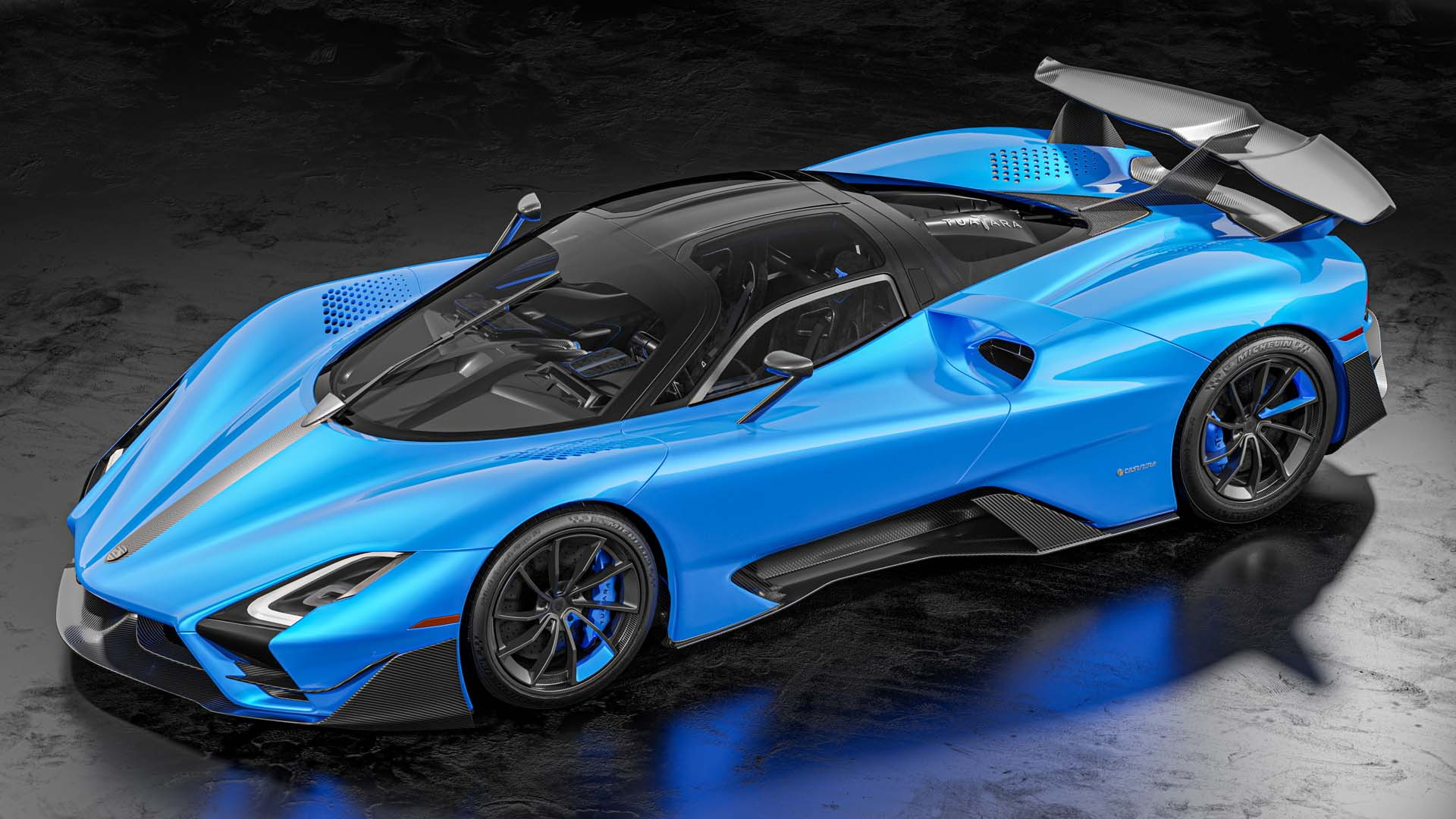 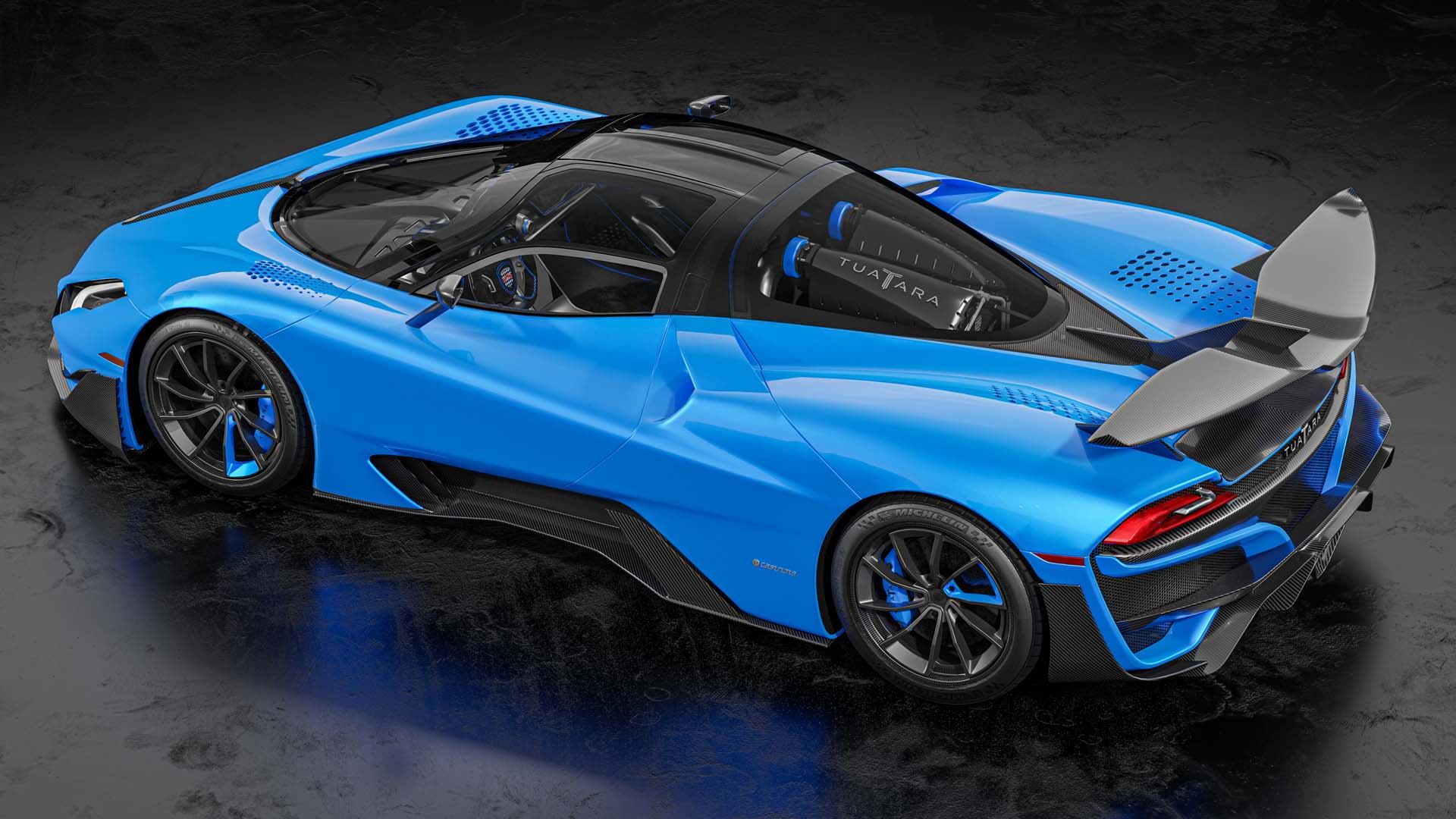 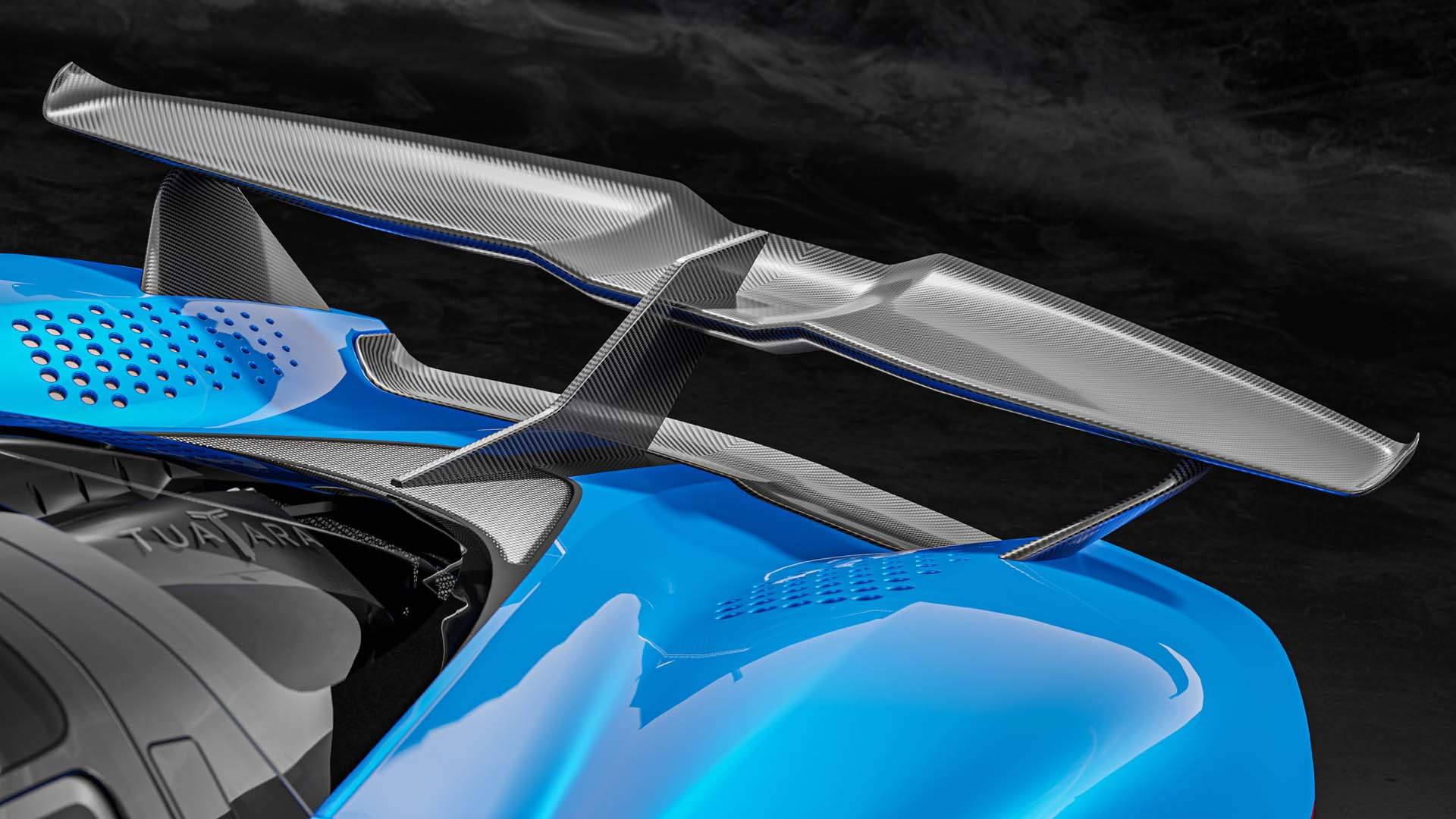 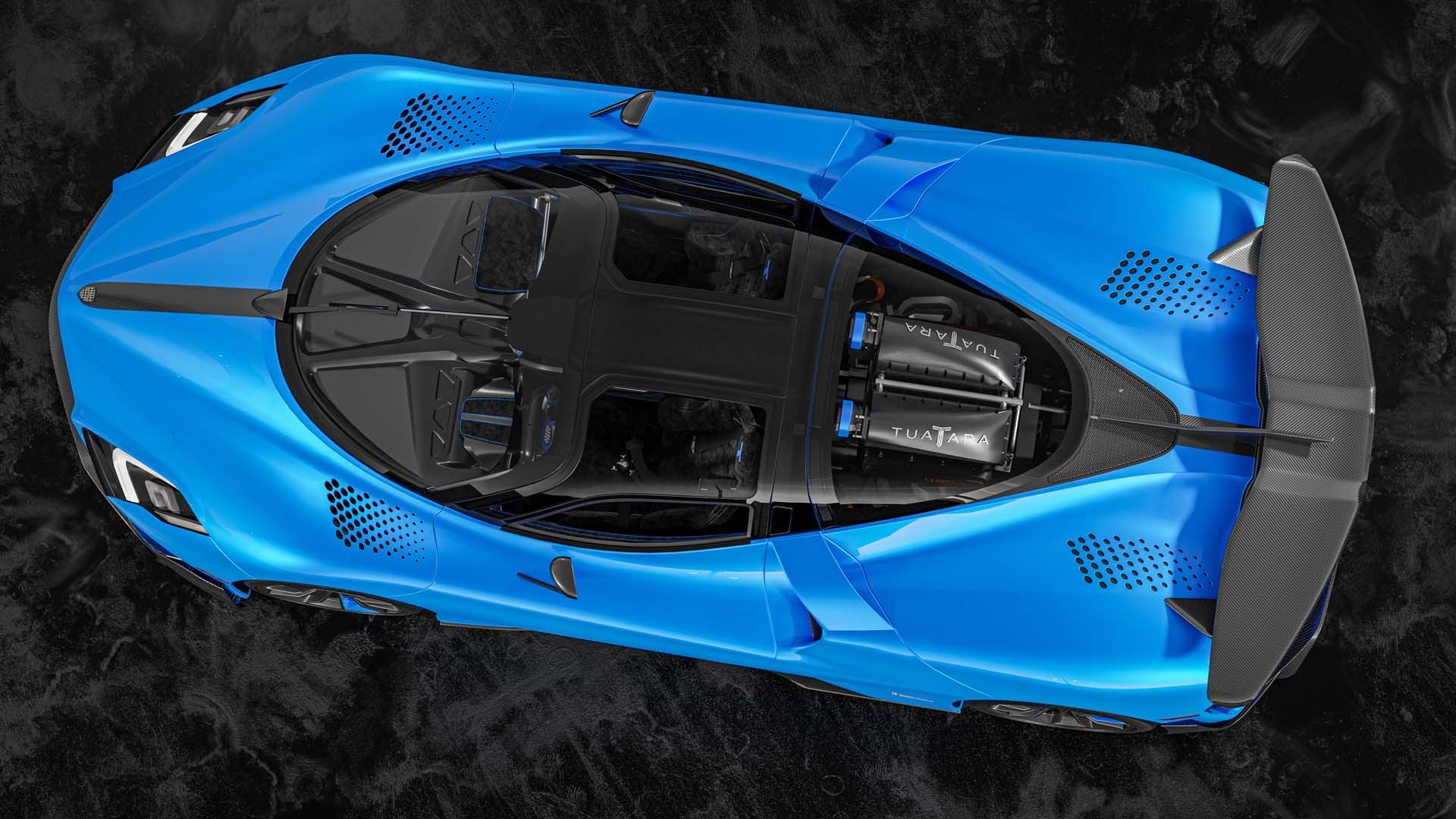 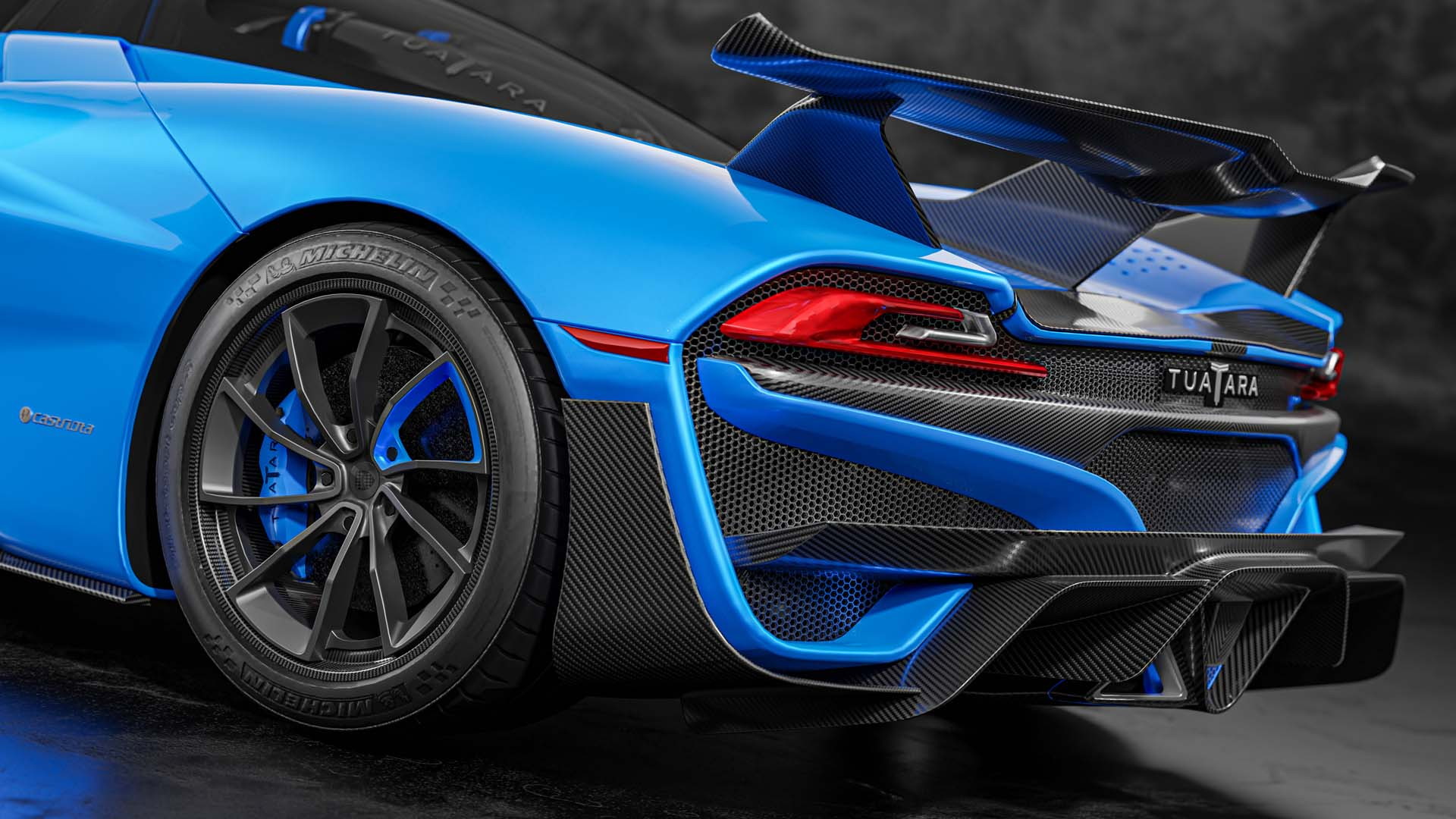 SSC's been busy. In January it set a production-vehicle land-speed record of 282.9 mph. Now the automaker's ready to expand the Tuatara lineup. 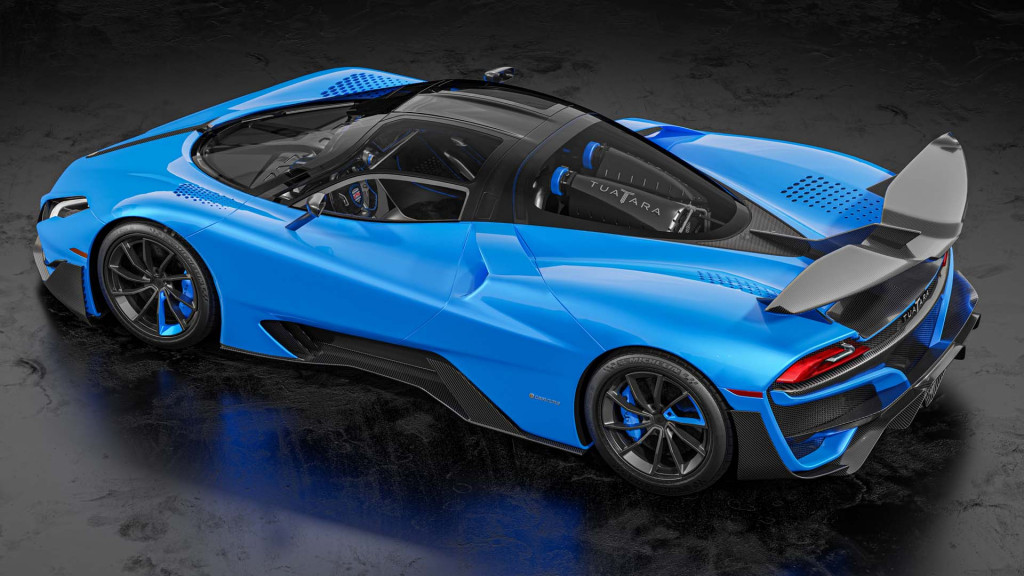 The Tuatara Striker is a high-downforce model with an aggressive body kit. A fixed rear wing with a vertical stabilizer augments the standard Tuatara's active rear wing and a massive new rear diffuser sits below. A new splitter with integrated dive planes sits up front while the sides have vaned side rockers. The new aero kit delivers about 1,100 lb of downforce at 160 mph, compared to the 362 lb produced on the standard Tuatara, according to SSC. The design puts 45.4% of the downforce on the front axle and 54.6% on the rear. SSC designer Jason Castriota said more than 1,000 hours were spent in CFD to design the Striker's aero package to create downforce with a minimum drag penalty. 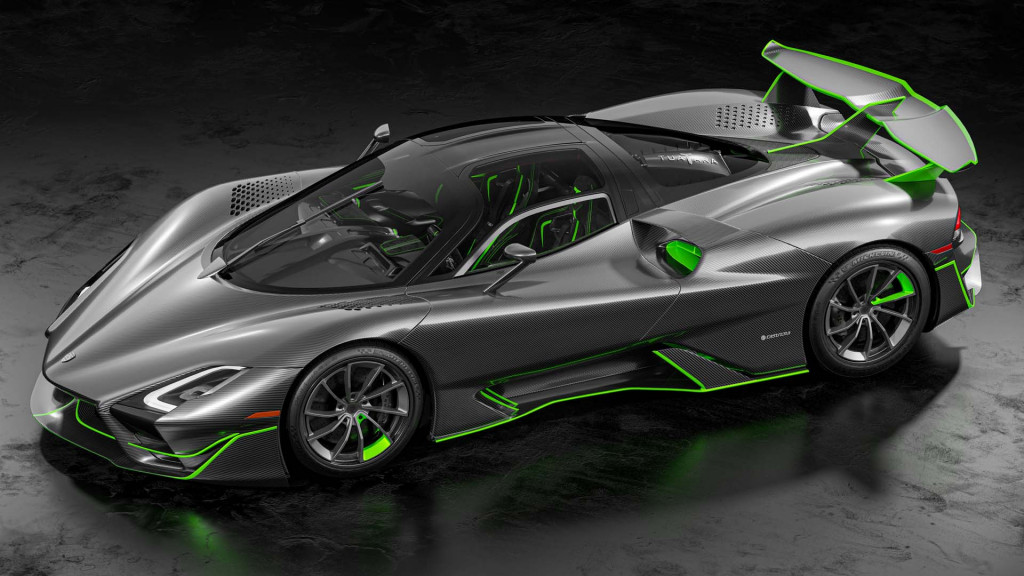 The Tuatara Aggressor model uses the Striker's aero kit, as part of a package to make the supercar making a track-only weapon. SSC said customers will be given the freedom with the Aggressor to customize the supercar to "near limitless" levels in terms of performance, appearance, and options. A carbon dashboard is standard, and customers will have the option to customize their own racing seats, five-point racing harness, and carbon-fiber roll cage. Customers will also have the option to use Lexan windows and a stripped-down bare carbon-fiber interior without sound deadening for weight savings. Buyers will be involved in the build of their specific car, and the design of the exhaust system and the sound it makes will be tailored to their liking; SSC will even let customers make the car as loud as they want because it won't have decibel restrictions as a track car. Track slicks will also be optional.

Striker models are powered by the Tuatara's 5.9-liter twin-turbo V-8 with 1,350 hp and 984 lb-ft of torque on 91-octane pump gas and 1,750 hp and 1,322 lb-ft of torque on E85. A 7-speed automated CIMA gearbox sends powers to the rear wheels with gearing optimized for a top speed of 270 mph and better acceleration when exiting low-speed corners compared to the standard Tuatara.

Aggressor models come with 1,350 hp, but they can be optioned to produce of 2,200 hp and 1,604 lb-ft of torque on E85 thanks to a more aggressive camshaft, higher compression, and more boost. 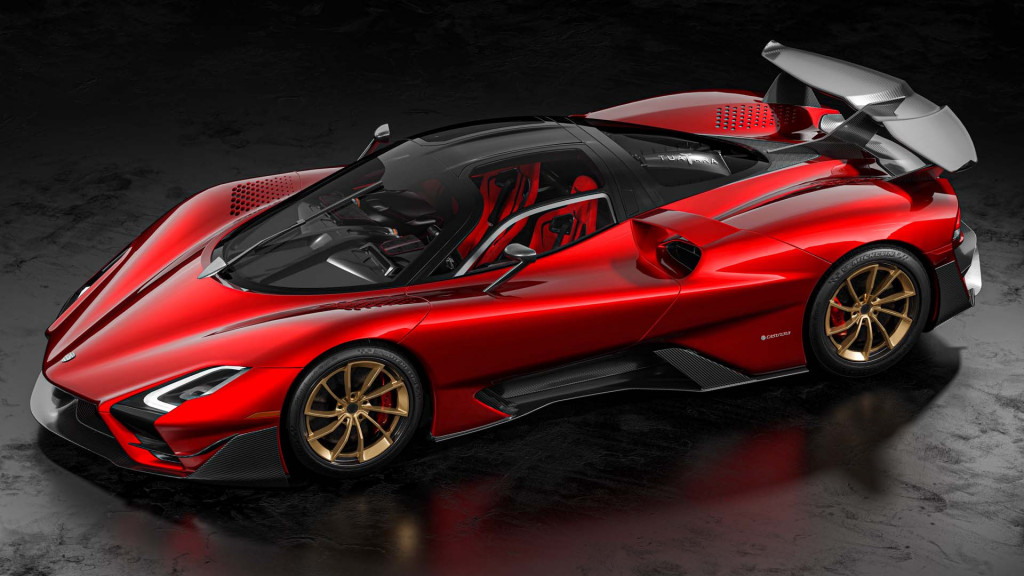 SSC will build 100 total units of the Tuatara and Tuatara Striker along with 10 units of the track-only Tuatara Aggressor for a total of 110 Tuataras. That's 10 more units than originally planned, though the 10 Aggressor models won't be street-legal. Striker and Aggressor models add at least $199,000 (depending on options) to the Tuatara's $1.95 million price. All three models are said to be in production now in Richland, Washington, with at least one Aggressor and multiple Striker build slots already spoken for. SSC CEO Jared Shelby told Motor Authority build slots are still available for customer deliveries in 2022, but he wouldn't comment on how many of the 110 Tuataras are spoken for thus far.