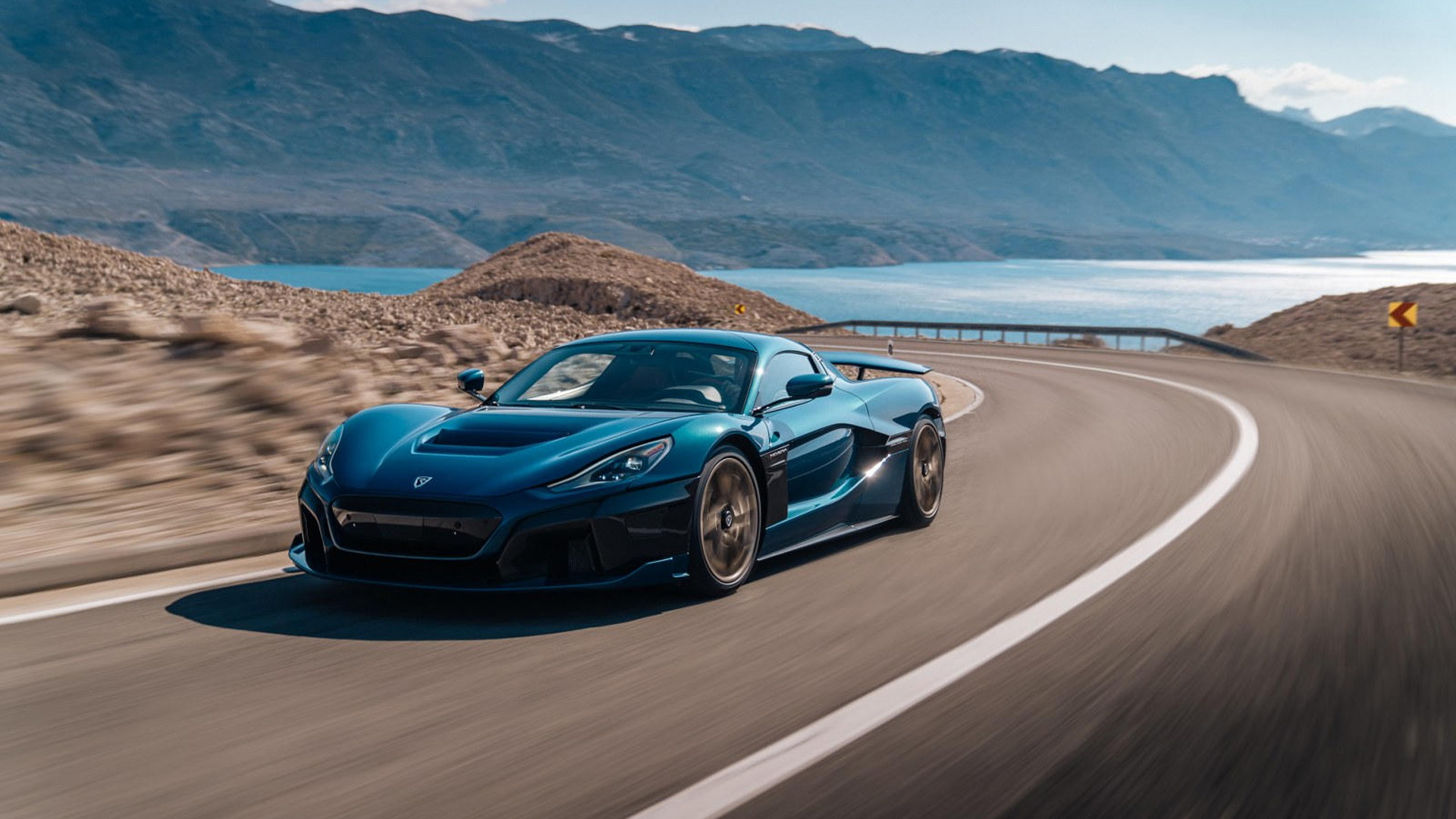 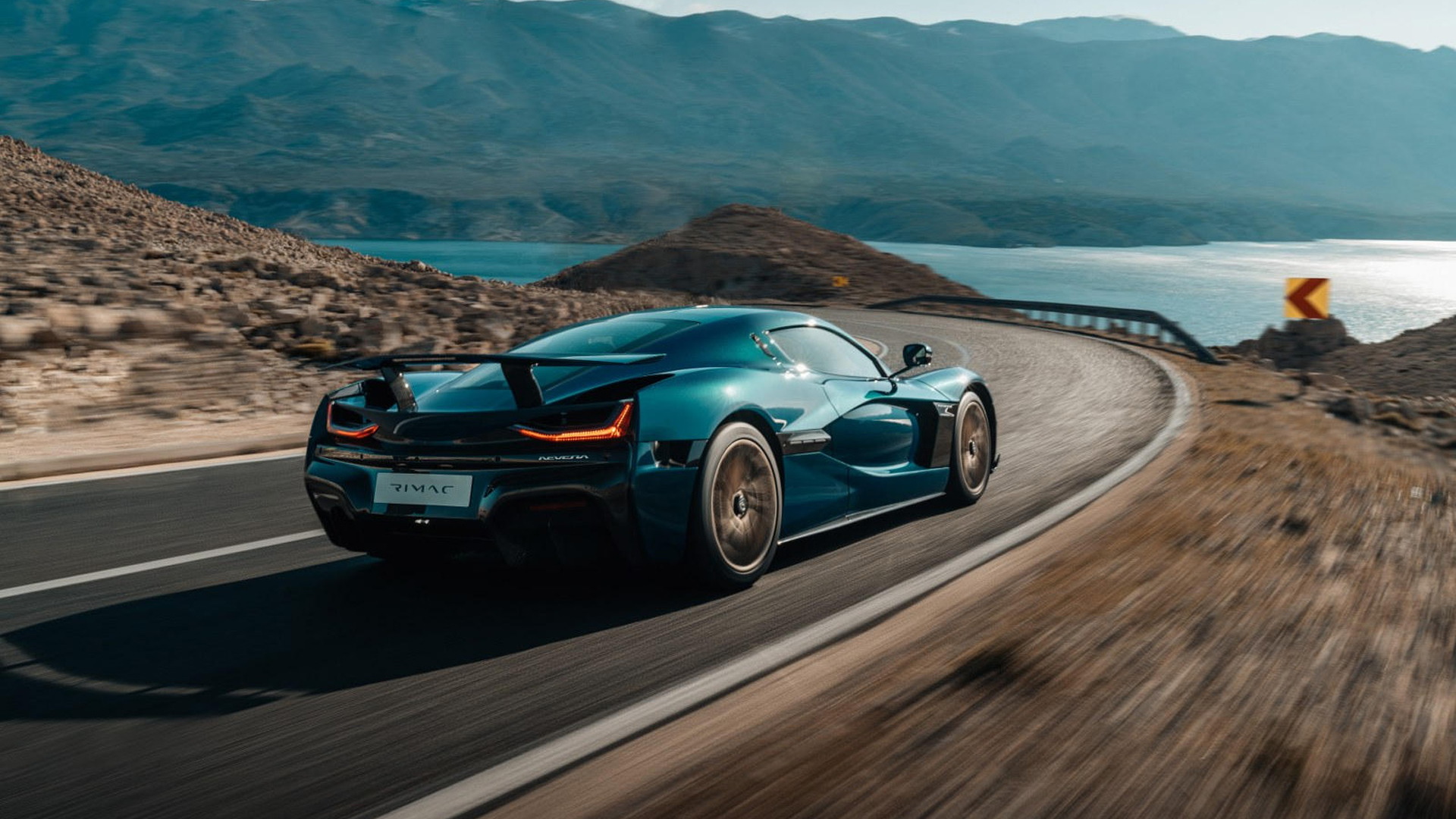 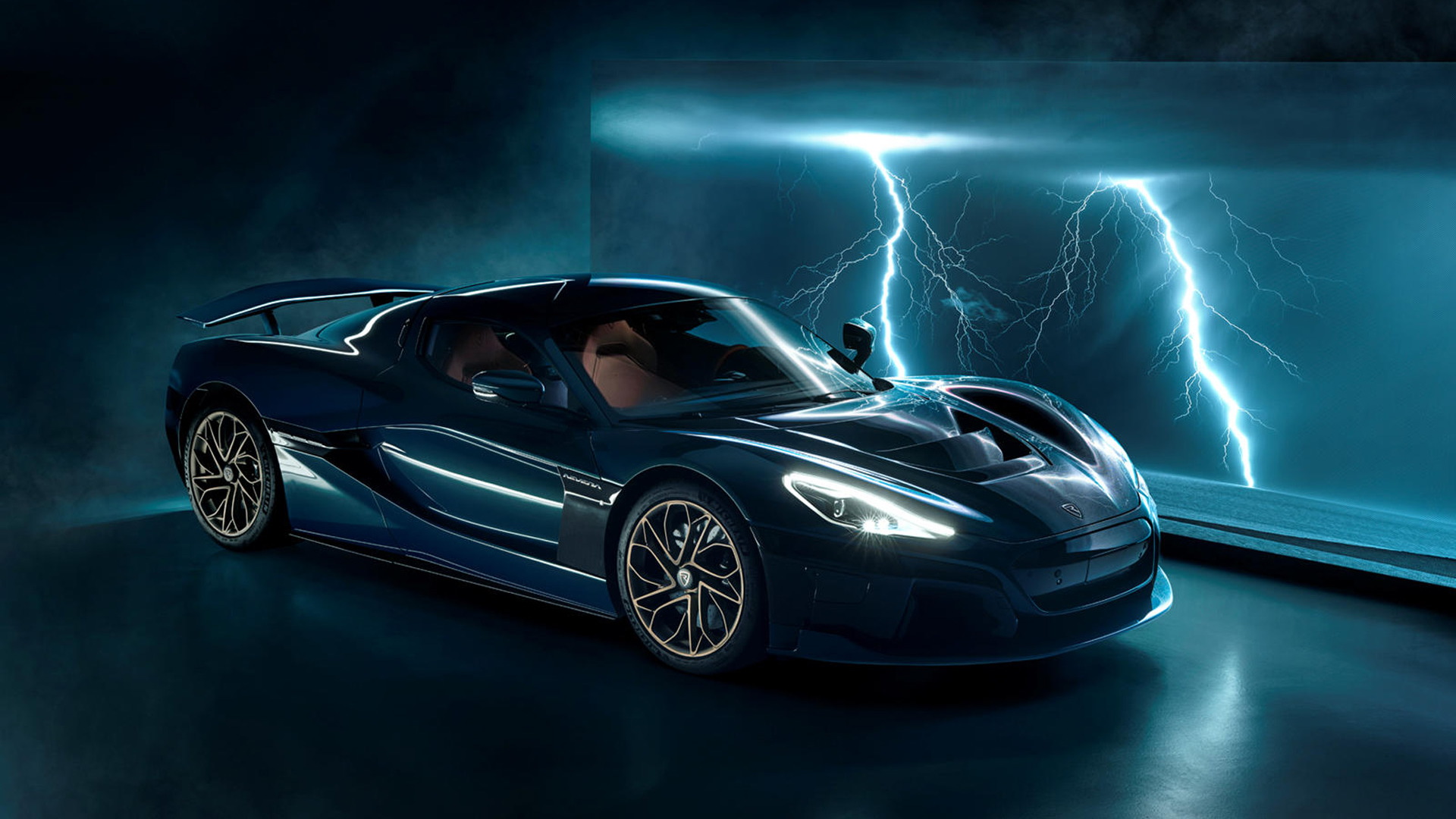 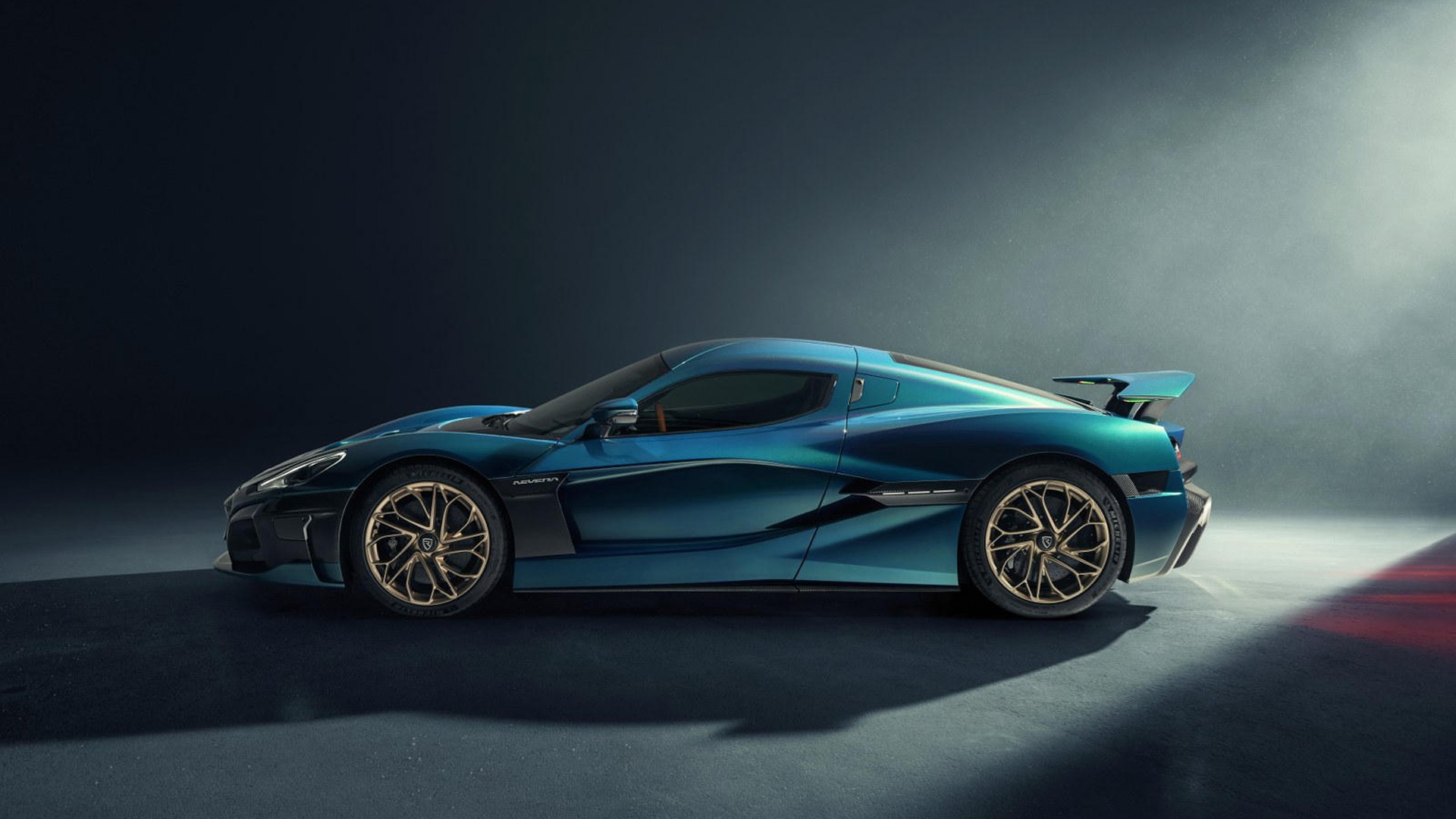 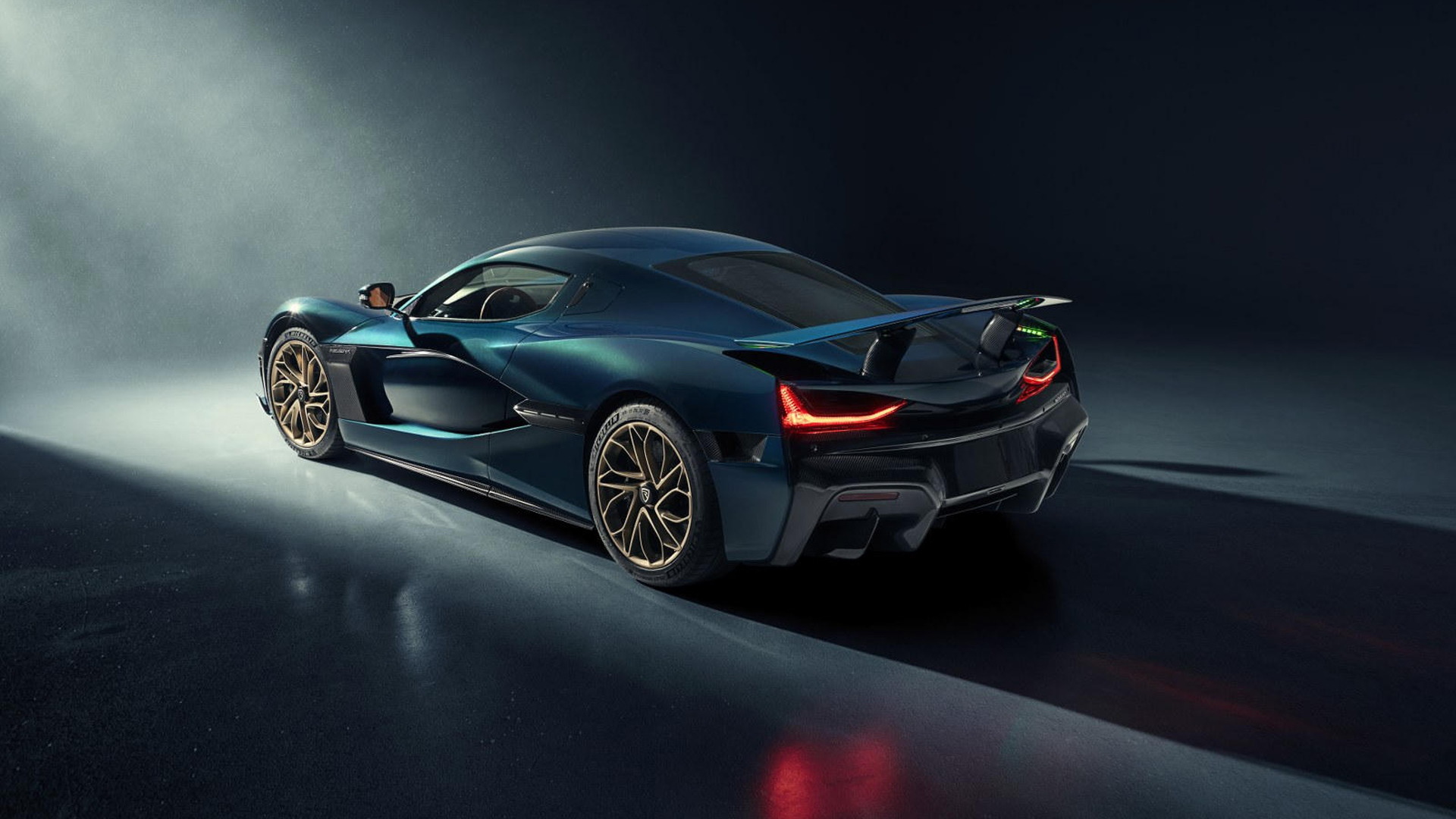 First shown at the 2018 Geneva International Motor Show with what then seemed like an impossible 1,914 hp and 1,696 lb-ft of torque, Rimac's C_Two electric hypercar has finally been revealed in production guise.

C_Two has always been a code name for the project, and on Tuesday Rimac revealed the car's final name as Nevera. According to Rimac, the name is derived from a Mediterranean storm that can appear suddenly off the coast of Croatia, the country where Rimac is based and is constructing a new headquarters and technology campus.

Rimac has continued development of the Nevera since the original concept was shown in Geneva three years ago, to the point that virtually "everything" has changed for the production version, CEO and founder Mate Rimac said in 2020.

Among other things, Rimac has spent time fine tuning driver aids. The Nevera will have a drift mode, as well as advanced driver-assist tech that will act as a driving coach on racetracks and offer some self-driving capability. The driver coach, which will be available as an over-the-air update in 2022, relies on 12 ultrasonic sensors, 13 cameras, and six radars, and provides an infotainment screen visual overlay of popular tracks together with audio guidance to help you hone the acceleration, braking and steering.

General performance has also been enhanced. While peak power from the car's four-motor powertrain remains unchanged at 1,914 hp, torque has been dialed up to 1,740 lb-ft. The result is a car that will sprint to 60 mph from rest in 1.85 seconds, pass the quarter-mile in 8.6 seconds, and eventually top out at 258 mph.

Aerodynamic improvements were also a major area of focus, resulting in a 34% improvement in aerodynamic efficiency compared to the original concept. Cooling efficiency has also been improved. The key change has been the installation of active elements, including the front hood, underbody flaps, and the rear wing and diffuser. This enables the car to have low drag and high downforce modes, with algorithms used to optimize the aero elements based on the driving situation.

At the center of the Nevera is a carbon-fiber monocoque structure that Rimac boasts is the single biggest carbon-fiber component found in a production car. It includes the structure for the battery, in this case a 120-kilowatt-hour H-shaped unit, as well as the rear sub-frame and aluminum support inserts. The weight of the monocoque is 440 pounds, and Rimac also boasts the entire structure is the stiffest of any car ever made. Weight distribution for the Nevera is a near-ideal 48/52.

The completed car was scheduled to be unveiled at the 2020 Geneva auto show, but the event's cancellation and other coronavirus-related disruptions forced Rimac to push the reveal back to now. Deliveries are now expected to start later this year, with Rimac's CEO planning to personally test each of the cars before they are signed off. Just 150 are destined to be built, with build slots still available. The price for one is 2 million euros (approximately $2.4 million).

If you can believe it, there's a handful of alternative models offering similar technology and performance. The list includes the Lotus Evija and Pininfarina Battista electric hypercars, as well as Tesla's Model S Plaid super sedan.