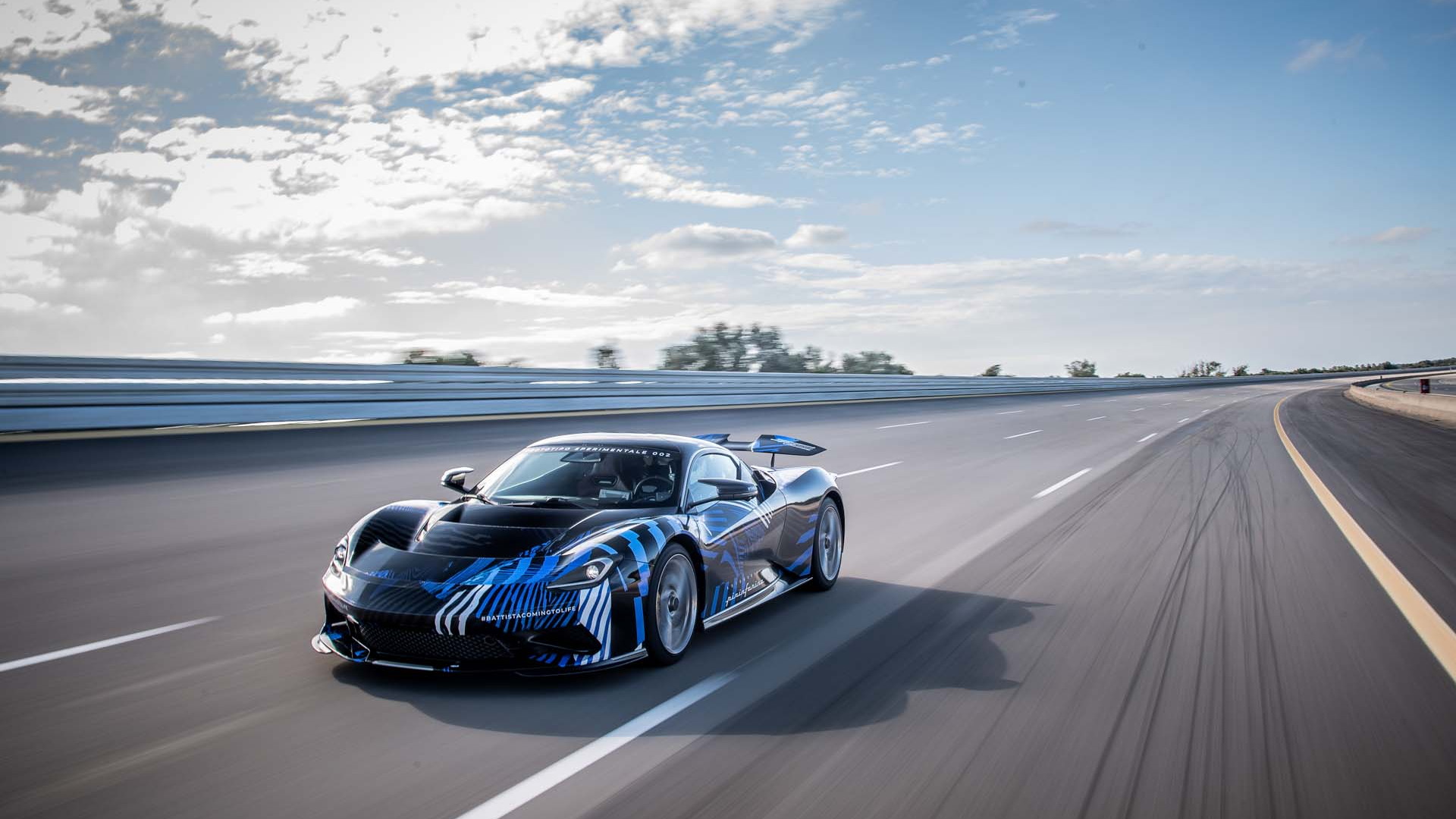 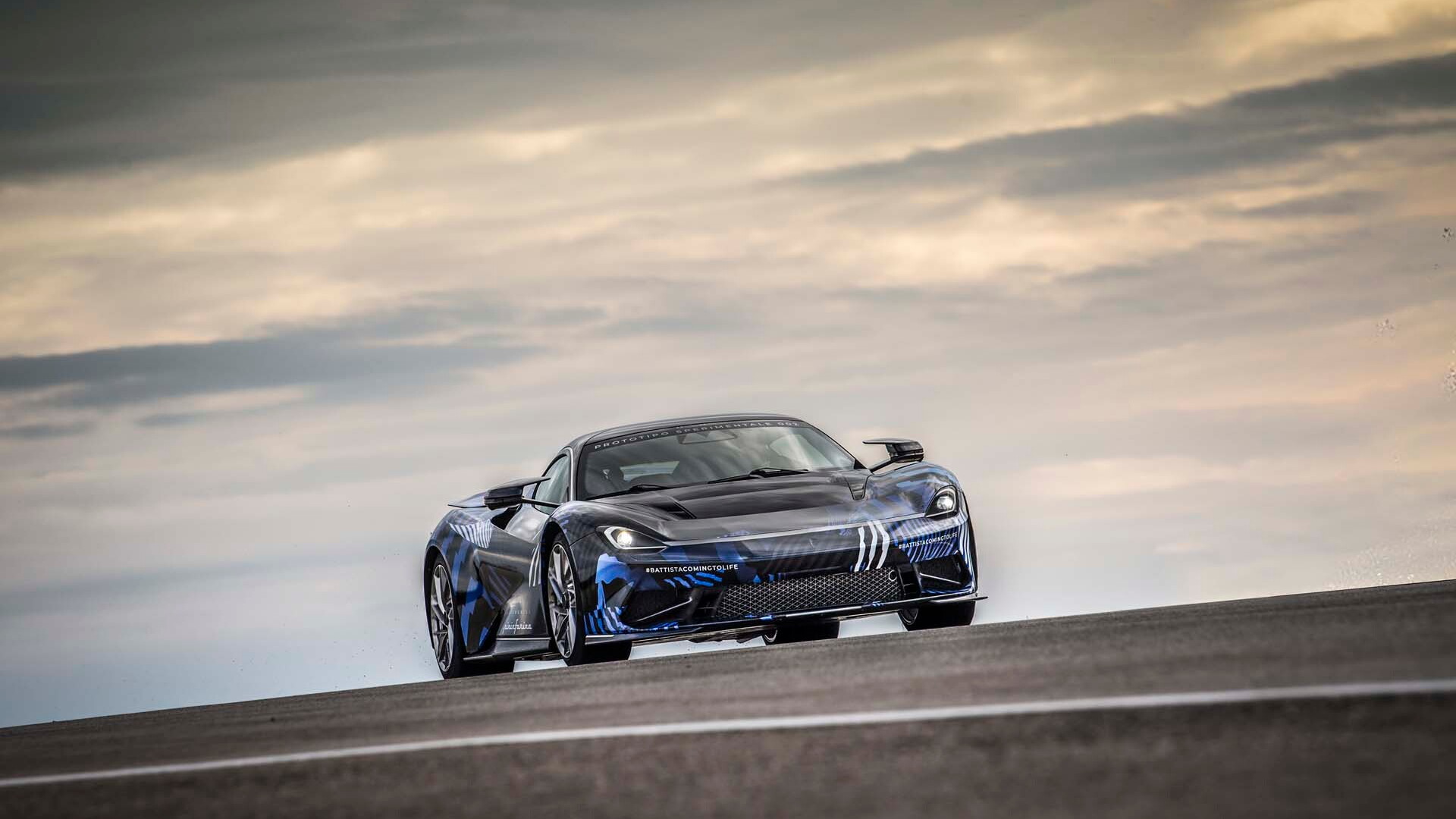 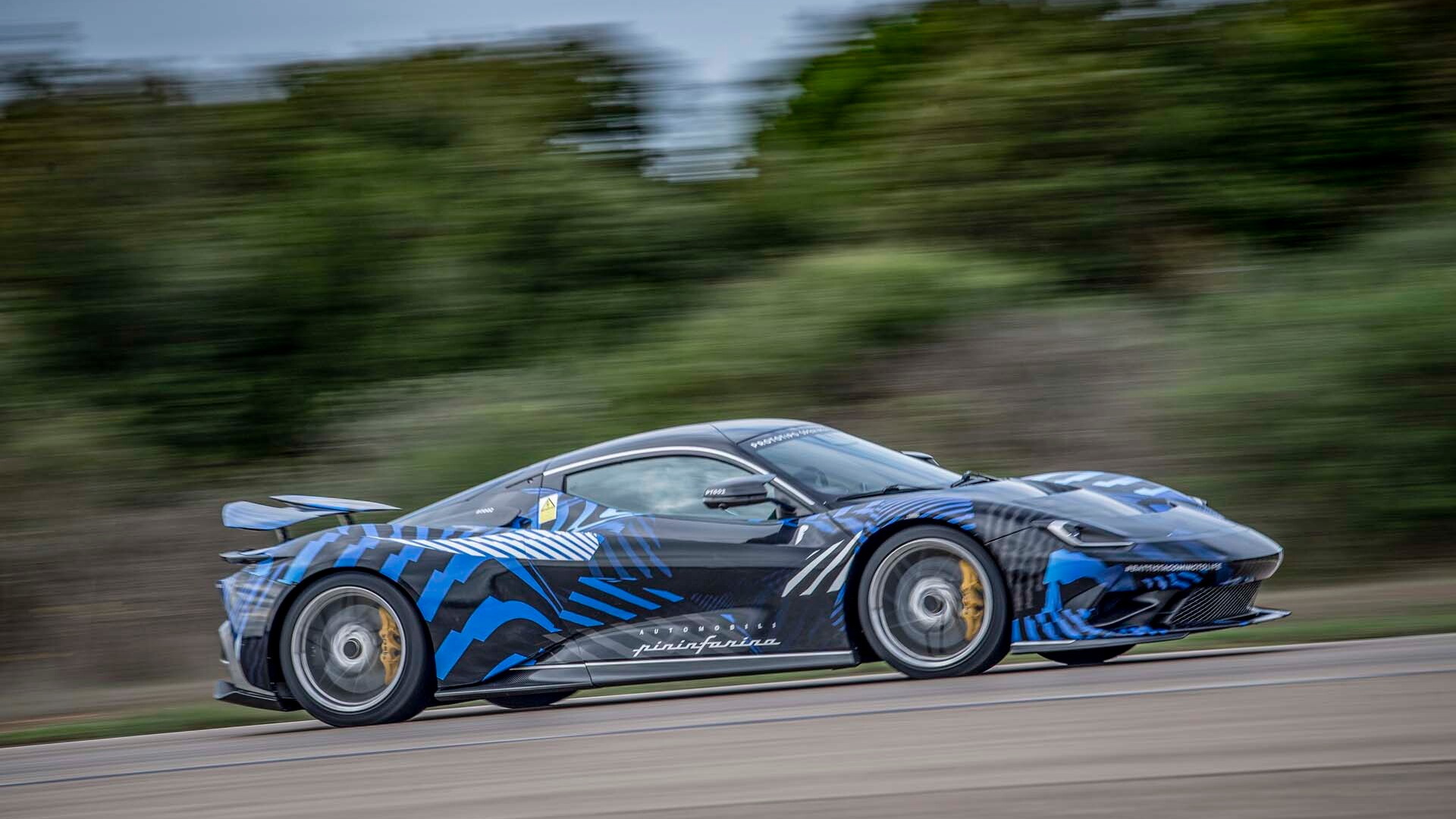 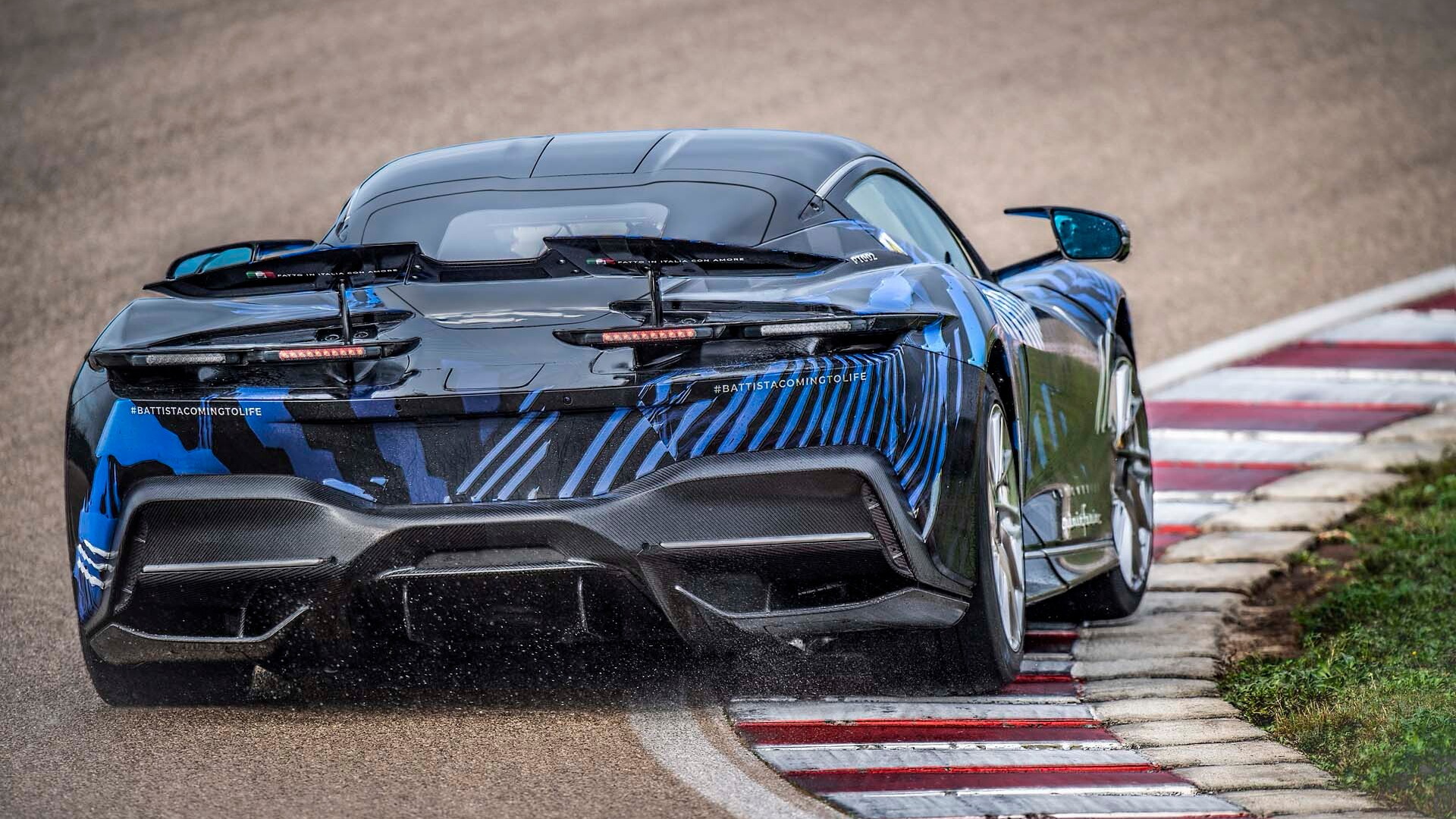 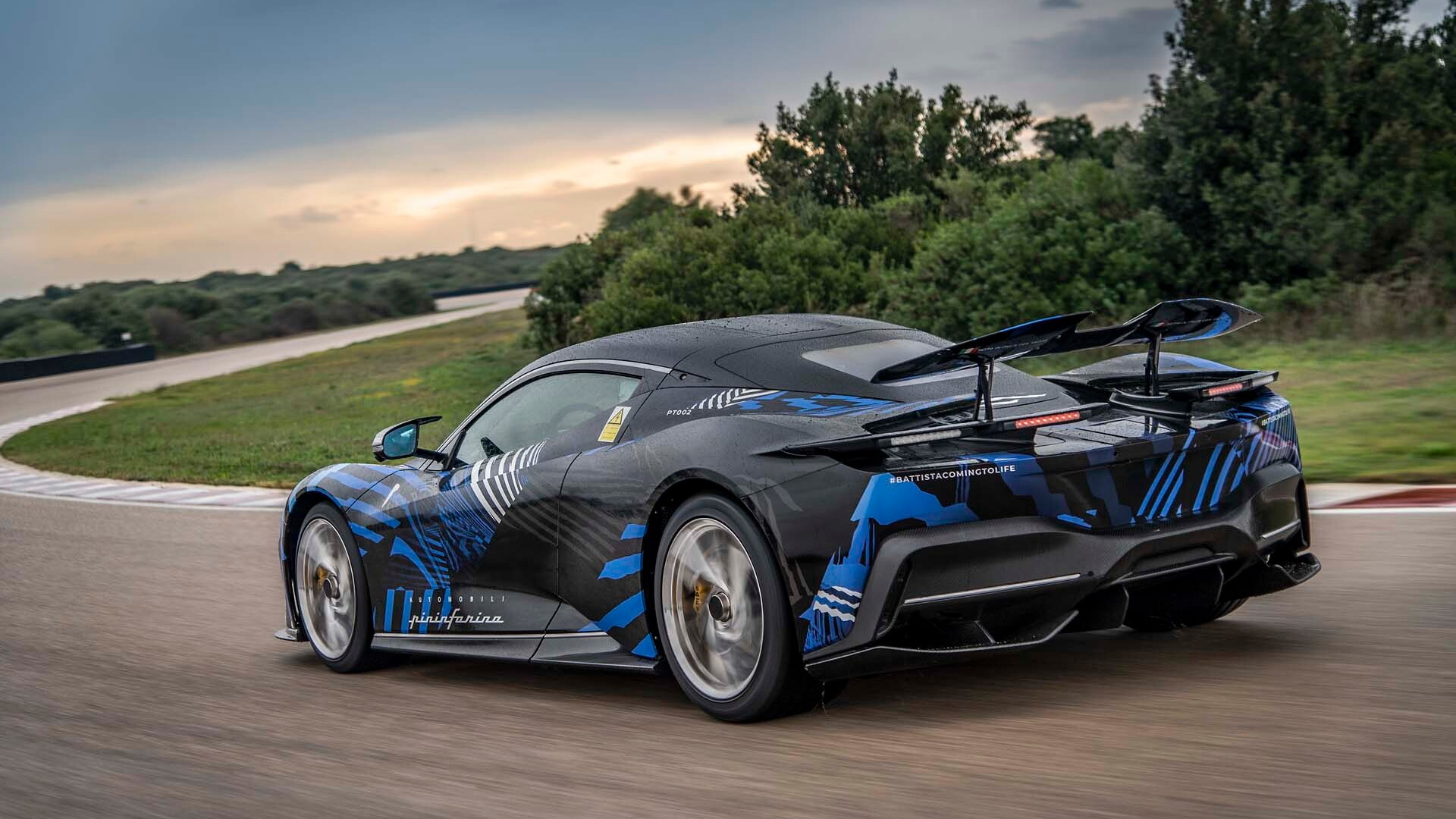 Italian design house and coachbuilder Pininfarina in 2018 launched its own car brand specializing in high-performance, ultra-luxury vehicles with electric powertrains.

The first model is the Battista, a hypercar to rival the Bugatti Chiron and which 150 customers around the world will get to call their own.

Pininfarina rolled out a prototype of the Battista at the 2019 Geneva International Motor Show and since then the car has undergone rigorous testing, including extensive sessions in the wind tunnel and at racetracks around Europe. The most recent track session was at Italy's Nardo high-speed oval, and behind the wheel was Georgios Syropoulos, Pininfarina's official test driver and head of vehicle dynamics.

“The phenomenal performance potential of the Battista is clear,” Syropoulos said in a statement. “Our clients will never have experienced acceleration like this before.”

Pininfarina's specs for the Battista include a 0-60 mph of less than 2.0 seconds, so Syropoulos probably isn't exaggerating.

Also helping with the development is Rene Wollmann, who prior to joining Pininfarina worked with Mercedes-Benz AMG on the One hypercar. Wollmann has been tasked as Pininfarina's director of sports car development.

The Battista features a four-motor powertrain developed with Rimac and generating 1,877 horsepower and 1,696 pound-feet of torque. Beyond the sub-2.0-second 0-60 mph time, Pininfarina has said owners can expect to hit 186 mph in less than 12 seconds and eventually reach a top speed of 217 mph. Pininfarina has also said the car's monster 120-kilowatt-hour battery pack will deliver 280 miles of range, though only for those who stick to the speed limit.

To ensure the performance isn't too intimidating, the car will come with five driving modes (Calma, Pura, Energica, Furiosa and Carattere). Pininfarina said that the precise nature of the torque vectoring made possible by having four motors means the drive modes will be able to have more distinct characteristics between each mode than in a conventional vehicle.

As mentioned above, just 150 examples will be built, with 50 of those earmarked for North America. The price tag is set at 2 million euros ($2.18 million) and deliveries are due to commence in 2021.

Despite still being in its infancy, Pininfarina's car brand already has four additional models on the drawing board, all based on a modular platform Pininfarina is developing together with its engineering partners. There is expected to be an SUV, a sedan, a coupe and convertible.