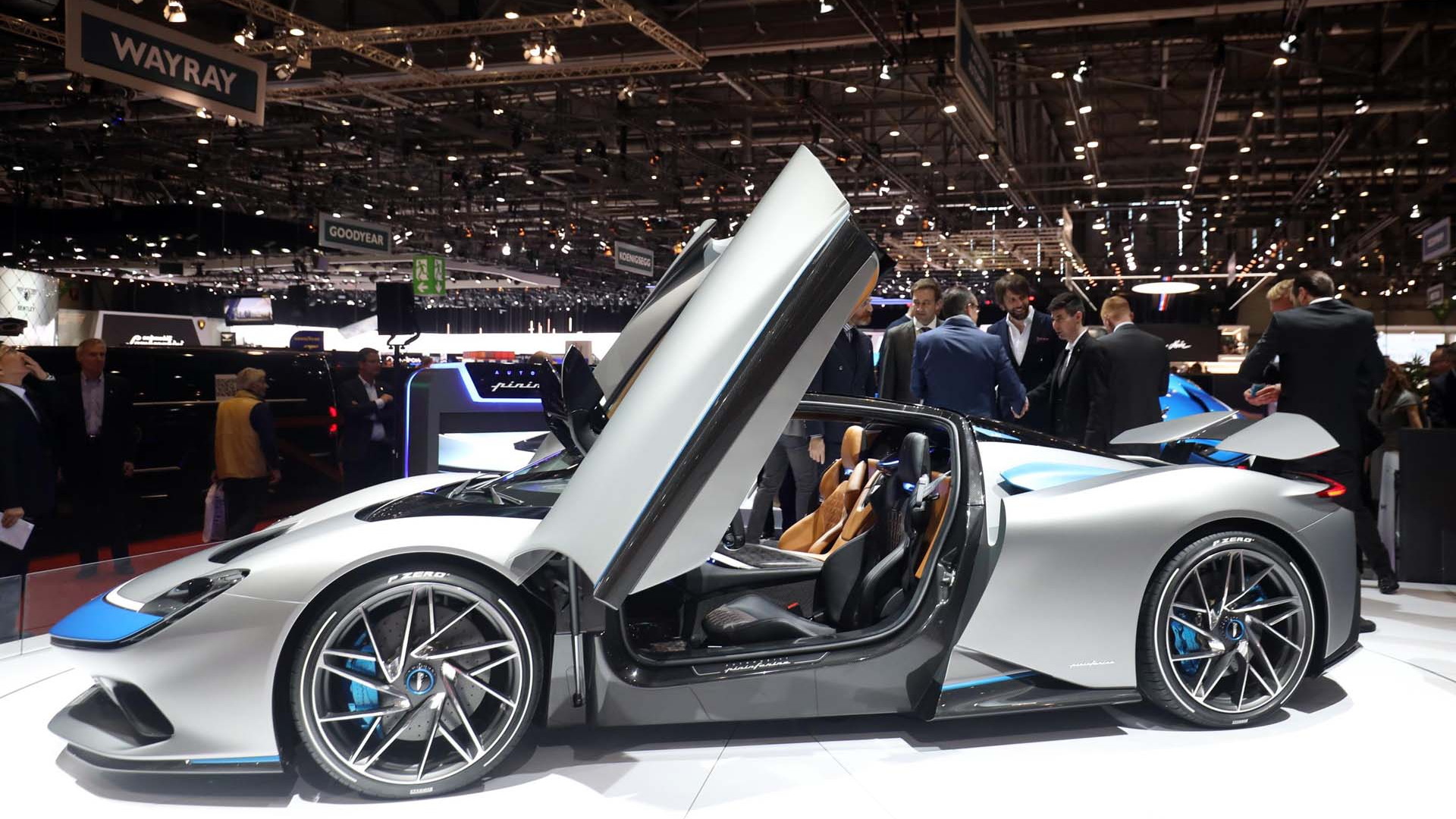 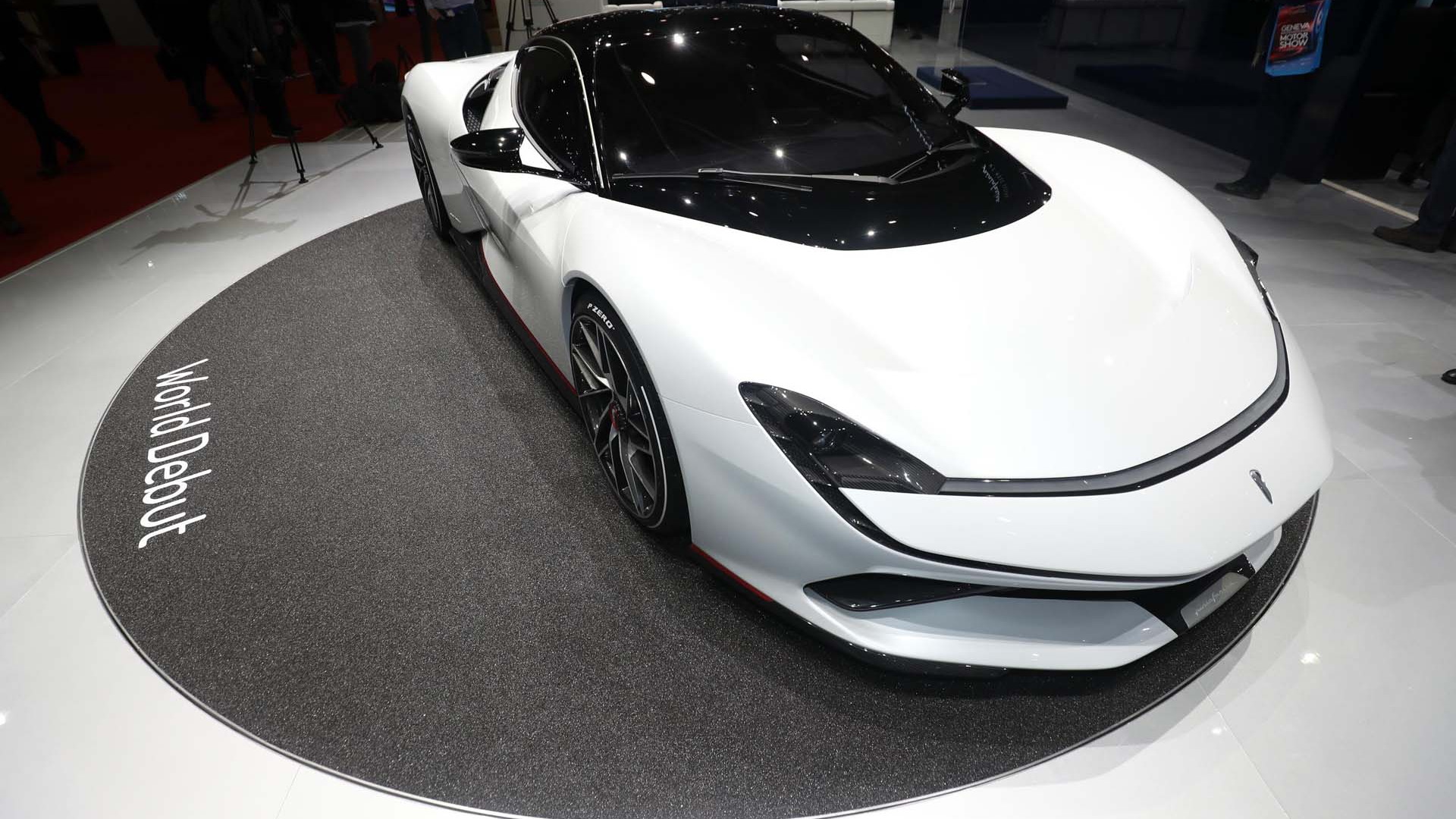 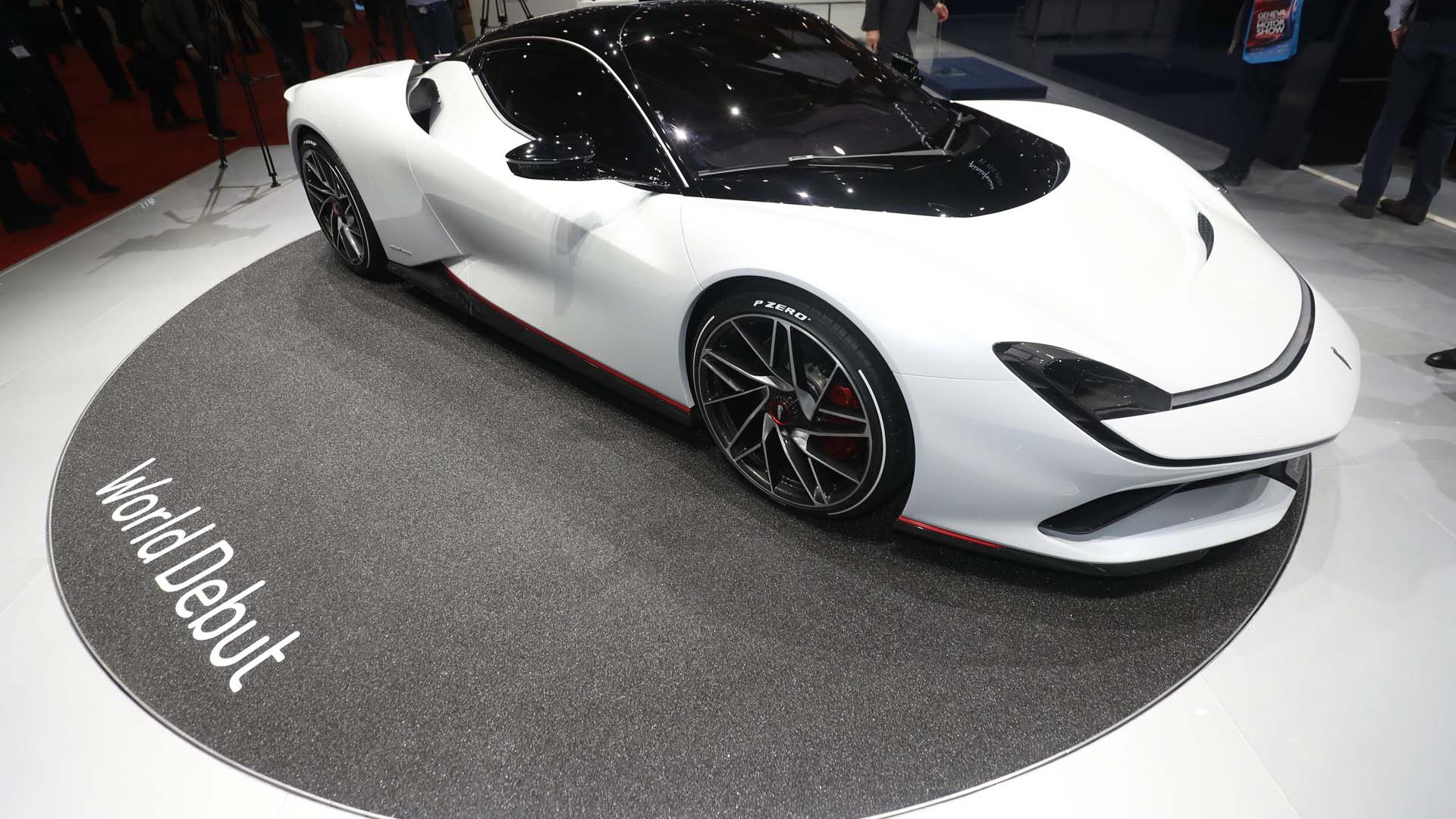 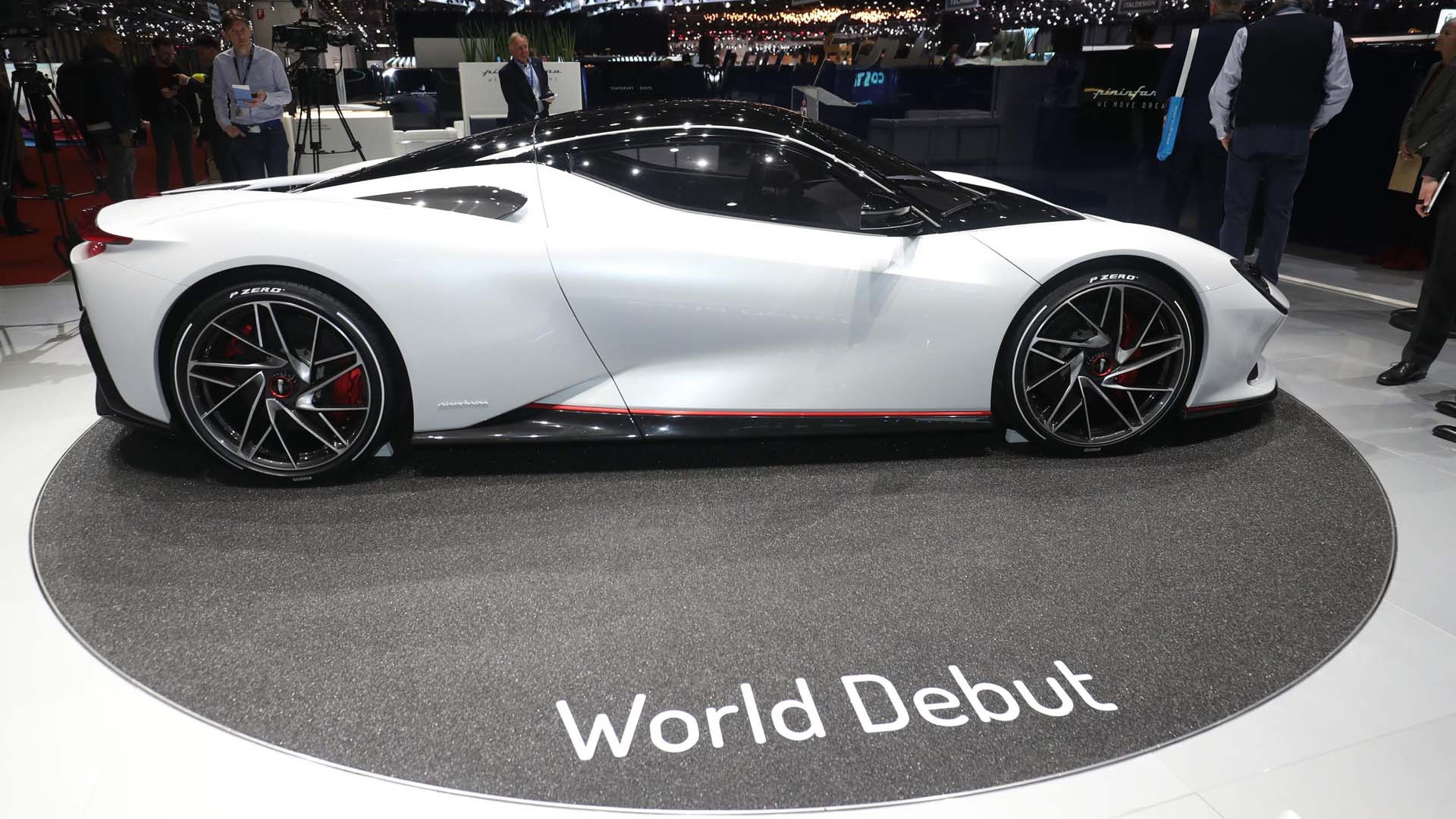 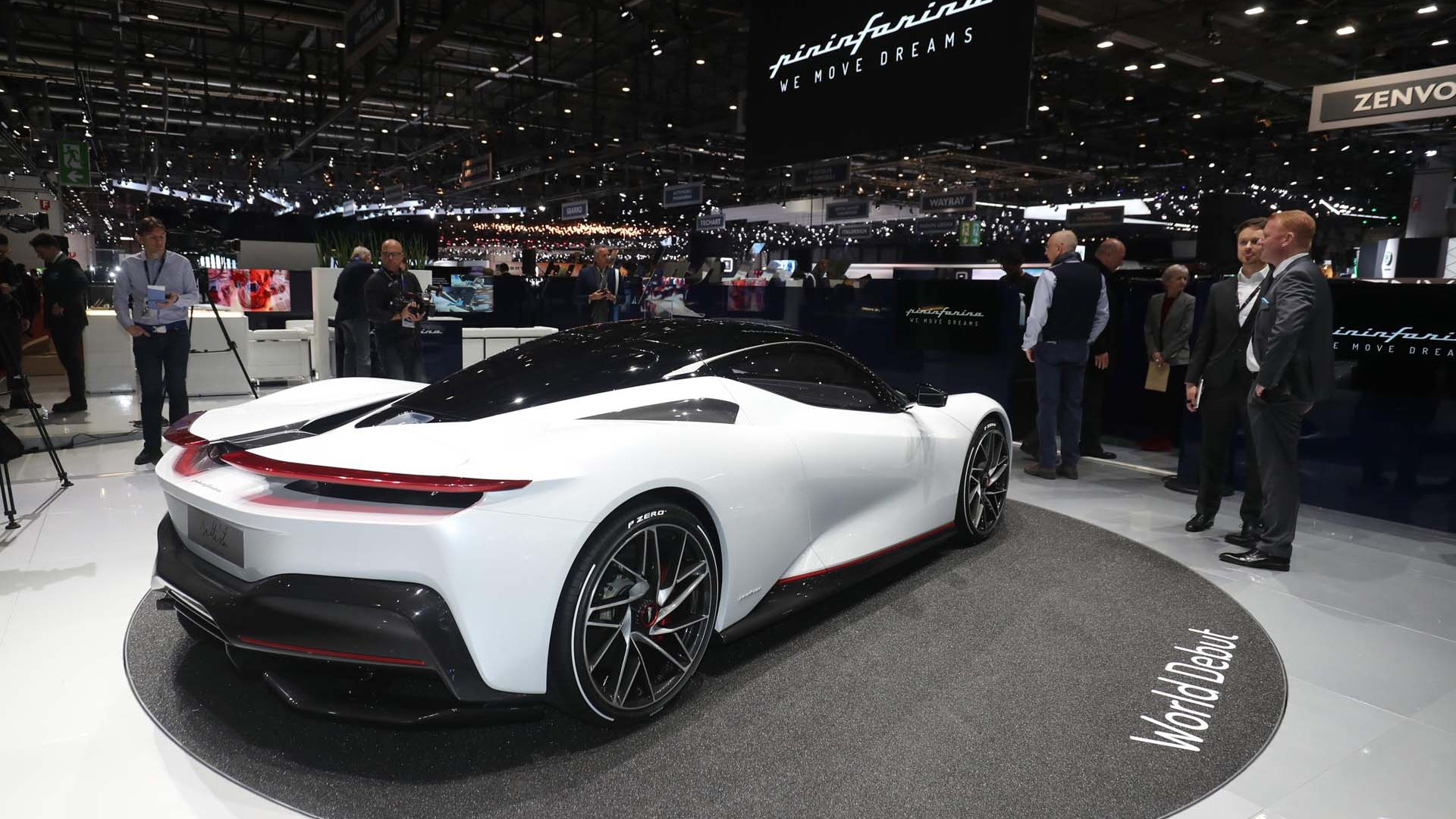 Battista "Pinin" (little brother) Farina always wanted to build a road car of his own. The man who founded the design firm Pininfarina 90 years ago never achieved his goal, but on Monday his namesake company, under the direction of his grandson Paolo, showed the production version of a car that completes his vision.

Not only that, but the car takes his first name, and it's an electric supercar with otherwordly performance. The Pininfarina Battista boasts big-time electric-car credentials, too. Its electric powertrain, sourced from the Croatian firm Rimac, produces 1,877 horsepower and 1,696 pound-feet of torque, which makes it the most powerful Italian car to date. It also reportedly pushes the supercar to 62 mph in less than 2.0 seconds, 186 mph in less than 12 seconds, and a top speed of 217 mph. Pininfarina says the monster 120-kwh battery pack will deliver 280 miles of driving range, though only for those who stick to the speed limit.

Pininfarina has assembled a crew of experts who have worked with Ferrari, Lamborghini, Porsche, Bugatti, McLaren, Mercedes, and Pagani on their most advanced vehicles to create the Battista.

The Rimac powertrain will use four motors to distribute power to each wheel individually and provide all-wheel drive and torque vectoring capabilities. The car will offer five different drive modes, though Pininfarina isn't saying what they are just yet, and the driver will be able to make the car make different sounds. The T-shaped battery pack fits in the center tunnel and behind the seats.

CHECK OUT: The Greatest Ferraris of Sergio Pininfarina Exhibition Preview

The powertrain sits in a carbon-fiber monocoque with carbon-fiber body panels and aluminum front and rear crash structures. The company says the design pays homage to great Pininfarina designs of the past, including the Cisitalia 202, Ferrari Dino Berlinetta Speciale, Ferrari Modulo, and Sintesi concept car, each of which it claims was ahead of its time.

Pininfarina worked with Pirelli for a set of bespoke tires to fit on its 21-inch wheels. Behind those wheels at all four corners sit 15.4-inch carbon-ceramic brakes with six-piston calipers. An active rear wing can also act as an airbrake.

Inside, the two-passenger Battista is luxuriously appointed, with brushed anodized aluminum trim (much of it knurled), quilted leather, and optional carbon fiber.

The car will be built by Automobili Pininfarina, which spun off from Pininfarina Spa last year after Mahindra & Mahindra and Mahindra Tech became majority owners of Mahinda Spa and formed the new company to build cars. The company quickly assembled a team, drawing talent from several automakers and hiring former Formula One driver Nick Hedfield as its test and development driver. Mahindra's Formula E racing team has also contributed its expertise.

Pininfarina plans to hand-build no more than 150 of the Battista and distribute them equally in North America, Europe, and the Middle East/Asia. That means the North American market is earmarked for 50 cars. The company expects the first deliveries in 2020. Pininfarina notes the Battista will be its first model in a range, with its next set to be a three-row electric SUV.

For more from Geneva, check out our dedicated hub.