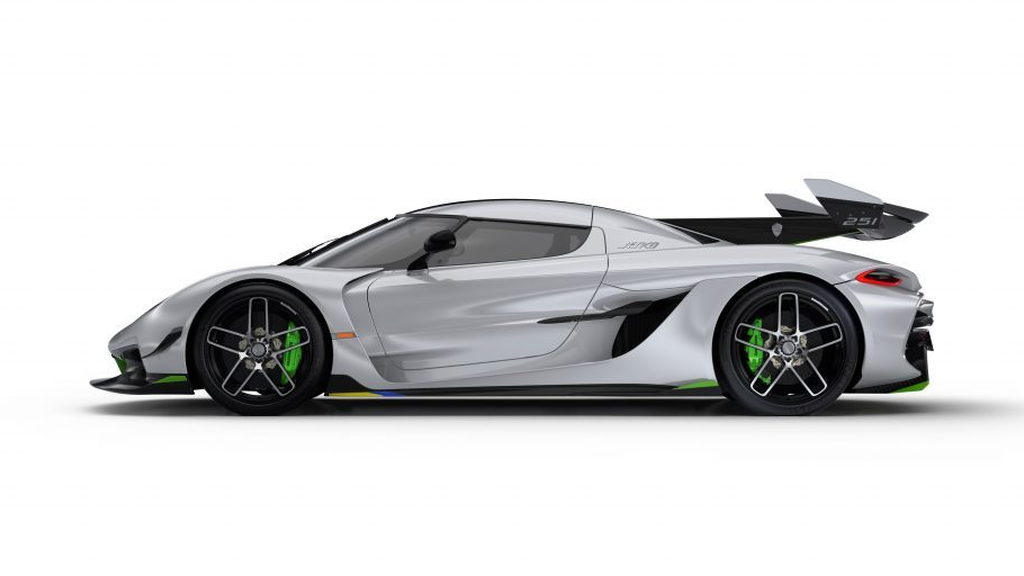 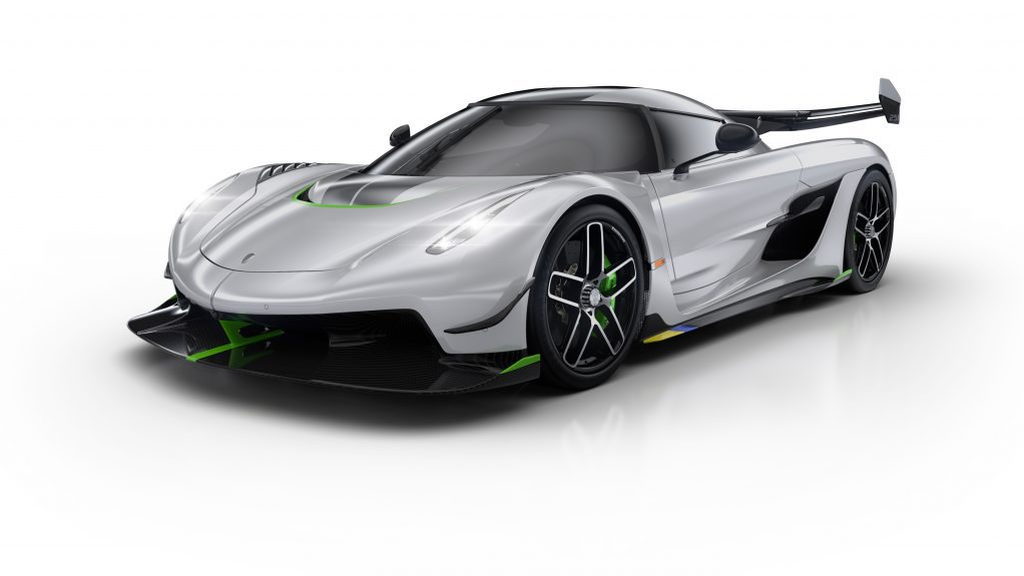 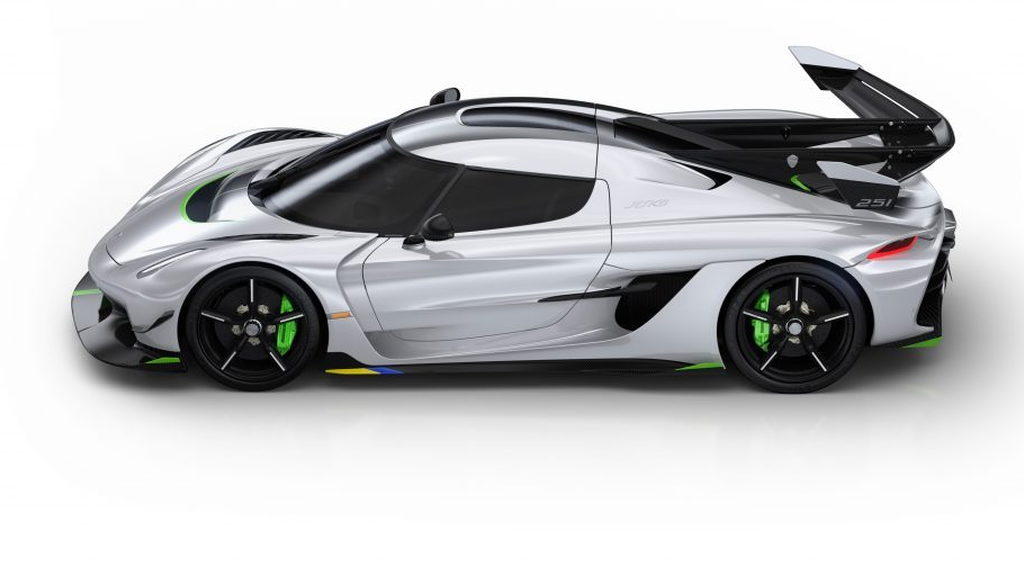 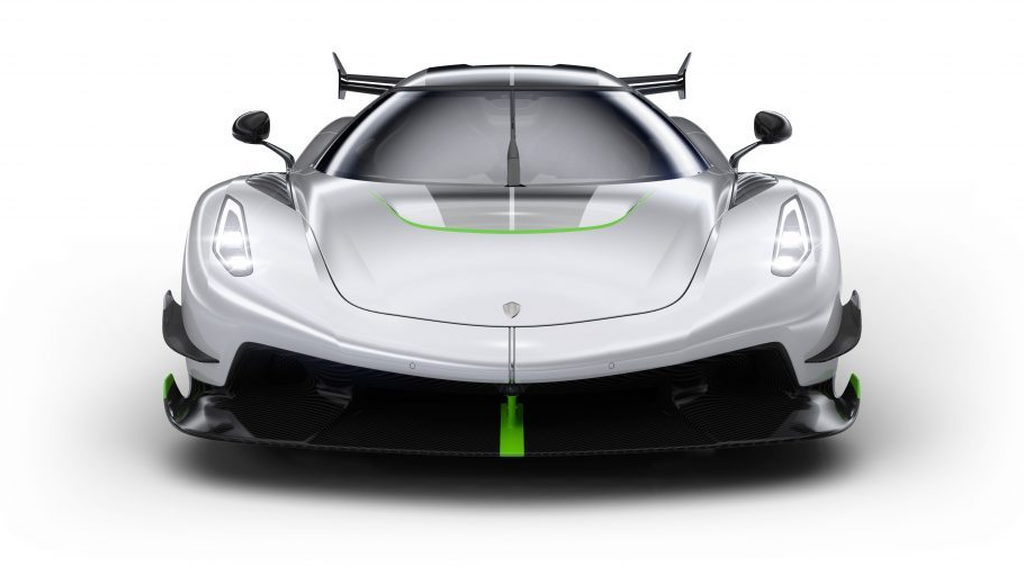 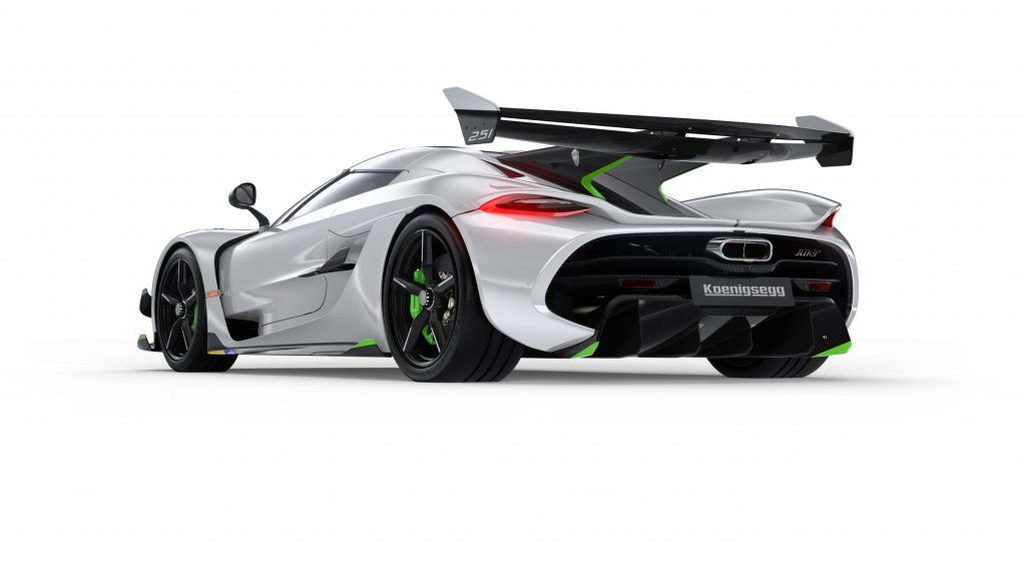 Koenigsegg dropped the mic at the 2019 Geneva International Motor Show on Tuesday. The Swedish supercar maker revealed the Koenigsegg Jesko, which replaces the famed Agera supercar with technology and specifications that require a double take.

The Jesko implements a few core improvements over the Agera. Foremost, the 5.0-liter twin-turbo V-8 has been redesigned and makes a maximum of 1,600 horsepower when the tank is full of E85. Using gasoline drops that figure to 1,280 hp, which is still greater than the Agera RS variant's 1,160 hp. All of the power is sent to a tech-packed 9-speed automatic transmission Koenigsegg calls the Light Speed Transmission, or LST. More on that in a moment.

The Koenigsegg Jesko's heart, the 5.0-liter twin-turbo V-8, features a new flat-plane crankshaft that weighs just 27.5 pounds, which Koenigsegg claims makes it the lightest V-8 crankshaft in the world. The engine also has bigger turbos and a wild air injection system. While the crankshaft allows the redline to move to a loftier 8,500 rpm and make more power, the air injection system works with the turbos to spool them up immediately. Effectively, Koenigsegg wants to rid the Jesko of turbo lag. The system features a small compressor and a carbon-fiber air tank. When the air-injection system unleashes its 290 psi shot of air into the turbo system, it spins up the turbos quickly for instant power response.

Every cylinder now includes a tumble valve on each intake and pressure sensor to precisely monitor the cylinder. Koenigsegg also notes that turbulent air provides a faster burn rate, which leads to a more efficient burn, especially at lower rpms and during cold starts. 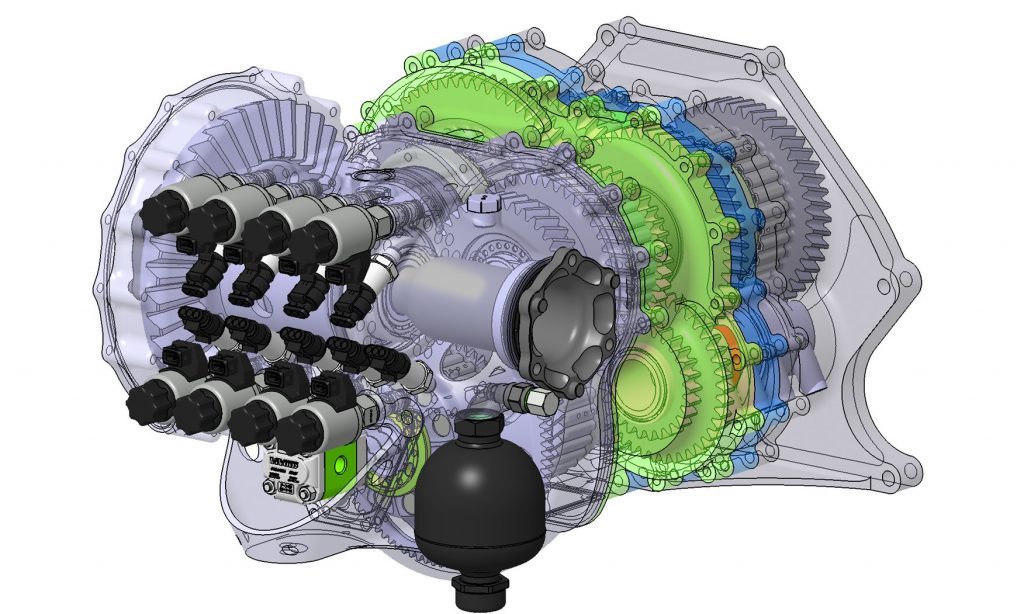 Back to the LST: Koenigsegg said the design does away with the compromises that come with a traditional dual-clutch automatic transmission. The LST has the ability to change to any single gear with lightening-fast precision. For example, if a driver is cruising in seventh gear, and fourth gear is the optimal gear for max acceleration in the moment, the Jesko will let drivers shift down the three gears instantly. Witchcraft? No. The LST doesn't include synchros and doesn't need to shift down through sixth and fifth gears to put the car in fourth. In the process, Koenigsegg not only developed a quicker transmission than a traditional dual-clutch unit, it's lighter, too, at just 198 pounds.

Drivers can operate the LST via the steering wheel's paddle shifters or a manual-style shifter. One tap of a paddle or notch on the gearshift shifts a single gear and two activates what the brand calls Ultimate Power on Demand and shifts to the gear that will deliver the fastest acceleration. 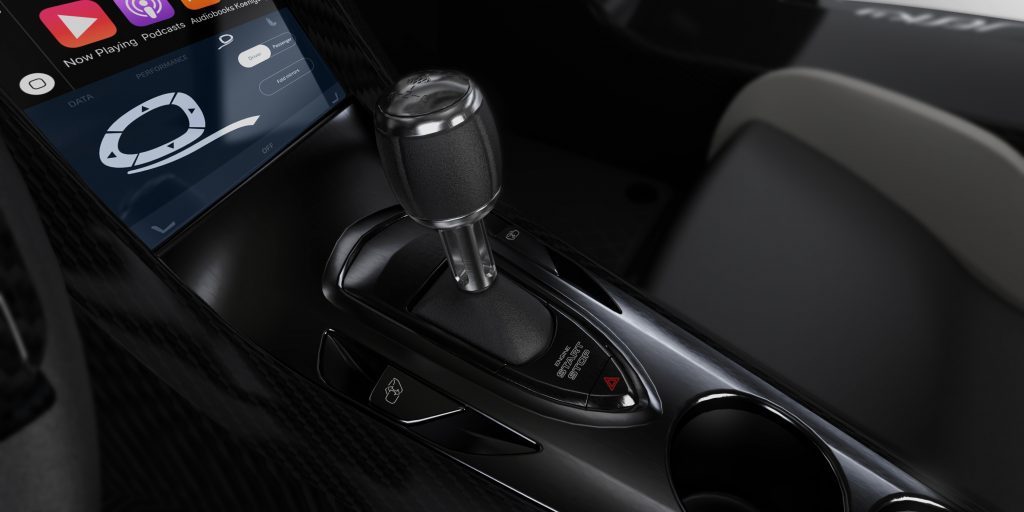 It wouldn't be a proper Koenigsegg supercar without advanced aerodynamics. The Jesko doesn't disappoint with an incredibly strong chassis (based on a carbon-fiber monocoque) and more than 2,200 pounds of available downforce. The centerpiece is an active and double-profile rear wing that's top-mounted to ensure it doesn't create an aero conflict with the Jesko's undercarriage. The front splitter is the deepest Koenigsegg has ever made, and every area was scrutinized to ensure it cut through the air as efficiently as possible. Even the side mirrors provide 44 pounds of downforce. At 155 mph, drivers will begin to feel the downforce rise with 1,700 pounds at hand. At 170 mph, the Jesko makes 30 percent more downforce than the One:1 with the full 2,200 pounds on display. 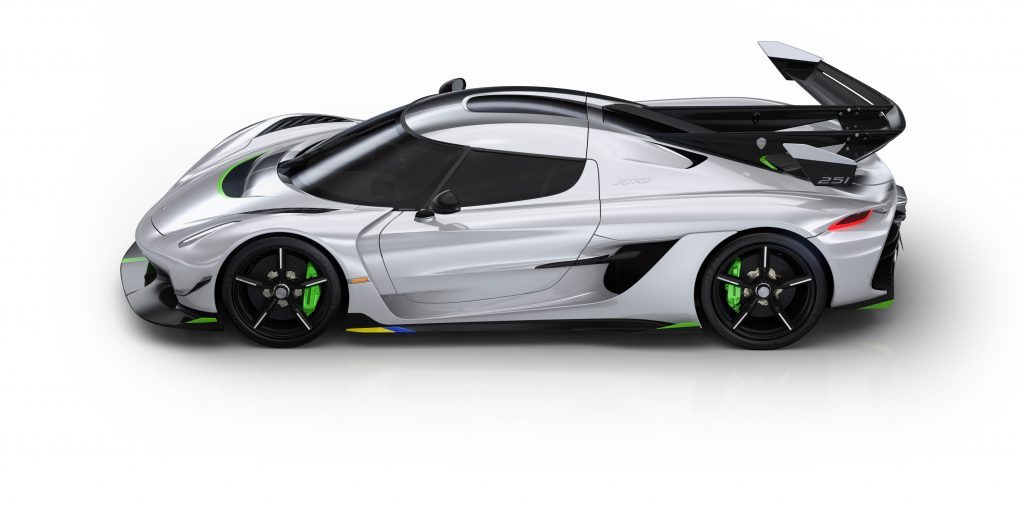 Underneath the car is an F1-style double wishbone suspension like the Agera and adjustable Öhlins dampers with unique tuning for their controllers by Koenigsegg. Hightened precision around corners comes thanks to the new rear-wheel steering system and the addition of an active Triplex damper. The damper helps reduce the squatting motion cars with a lot of power exhibit under hard acceleration. Michelin Pilot Sport Cup 2 tires are standard (with a 10 percent larger contact patch) and optional carbon-fiber wheels weigh only 13 pounds up front and 16 pounds at the rear. 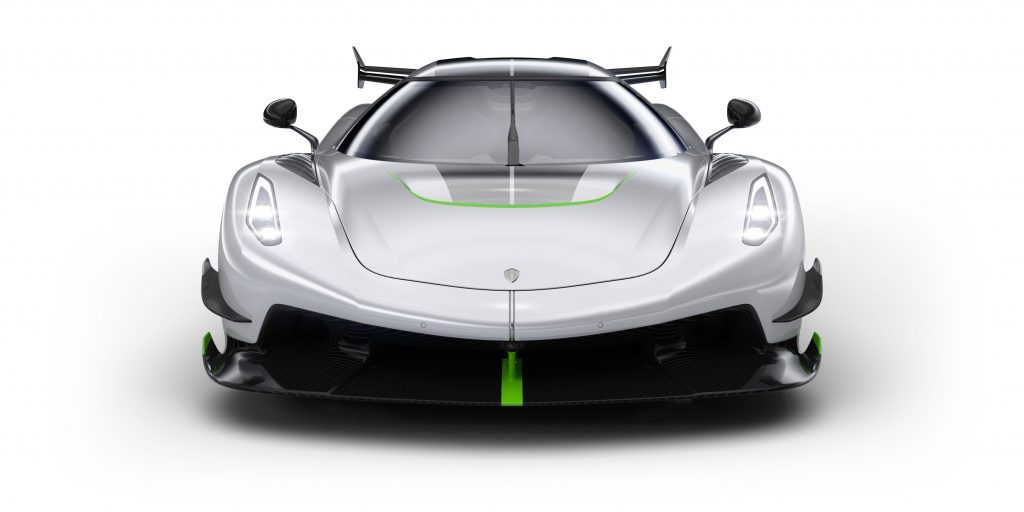 Although the Jesko is hardcore in nearly every respect, the cabin features an impressive array of comforts. The driver is treated to digital displays for instrumentation and a screen to handle infotainment functions. Leather or Alcantara trim are available.

The company's Autoskin doors have been redesigned for easier operation. Autoskin employs hydraulics to let owners open the doors and hoods with the touch of a button. Does the Jesko seem like it's missing something? Ah, it can also turn into a roadster as the carbon-fiber roof can be removed in a matter of minutes. 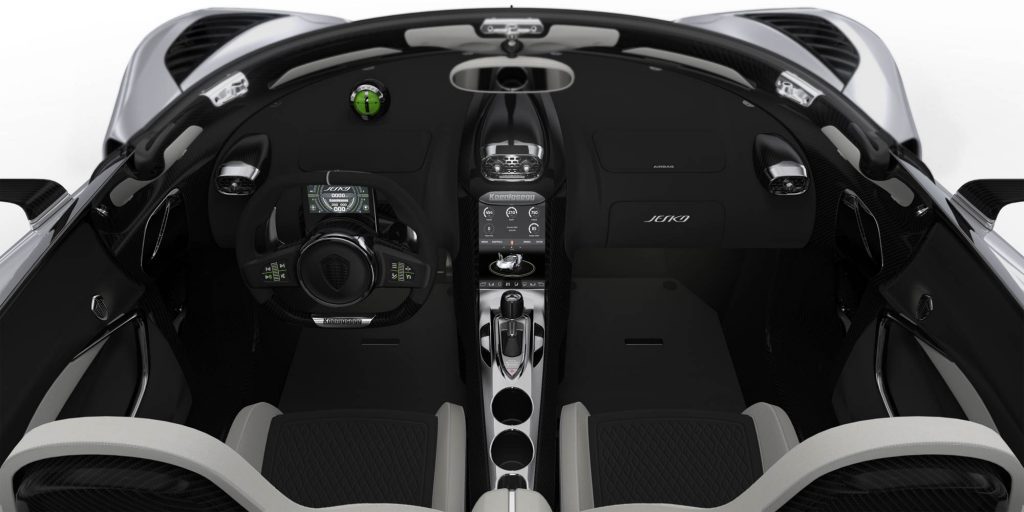 While the Koenigsegg Jesko may not be revolutionary, the Swedish company has perhaps found a way to expand the definition of what we'd call "evolutionary." The Jesko will be on display in Geneva this week, where CEO Christian von Koenigsegg invited his father to witness the debut. His name? Jesko von Koenigsegg.