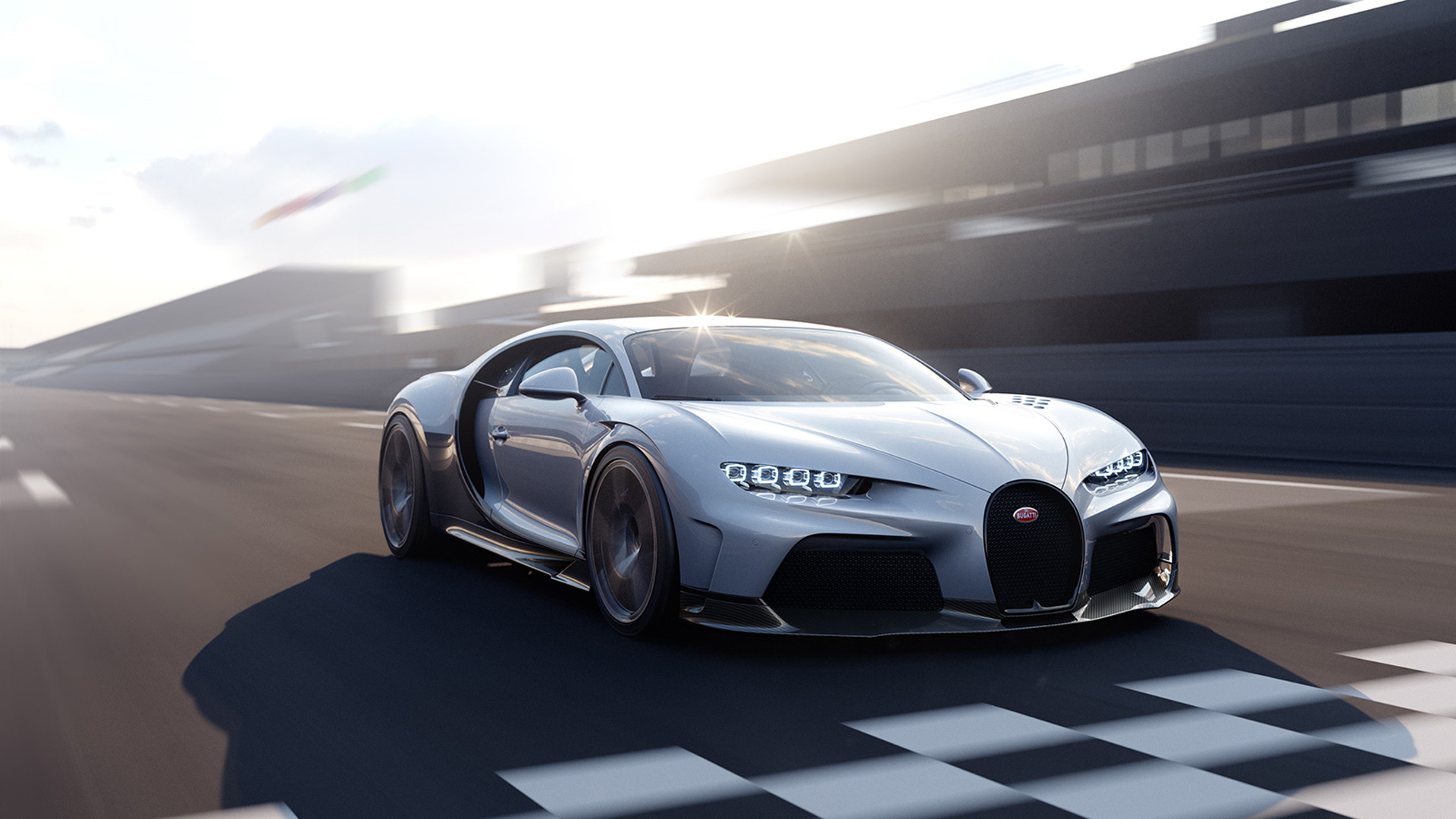 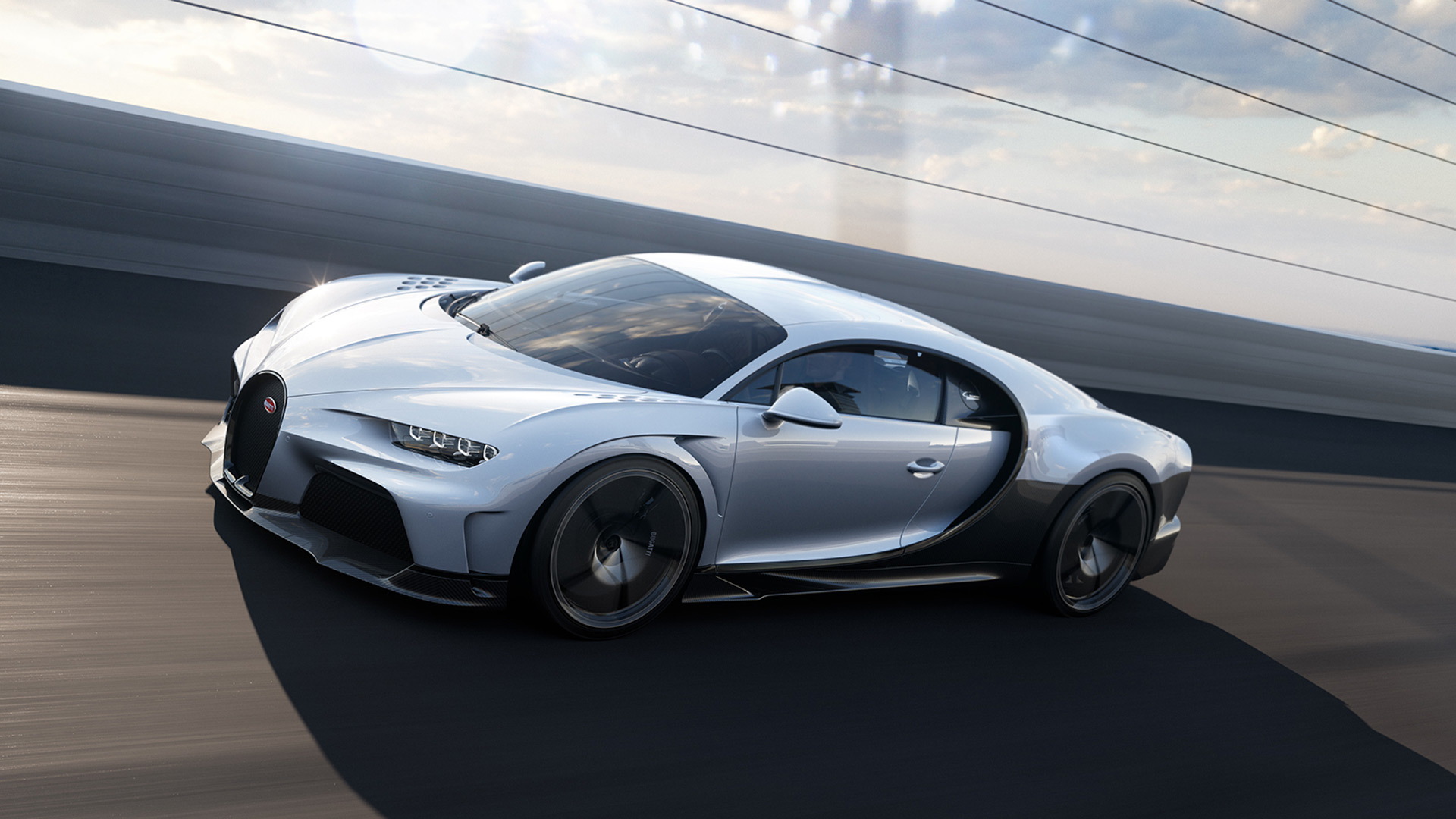 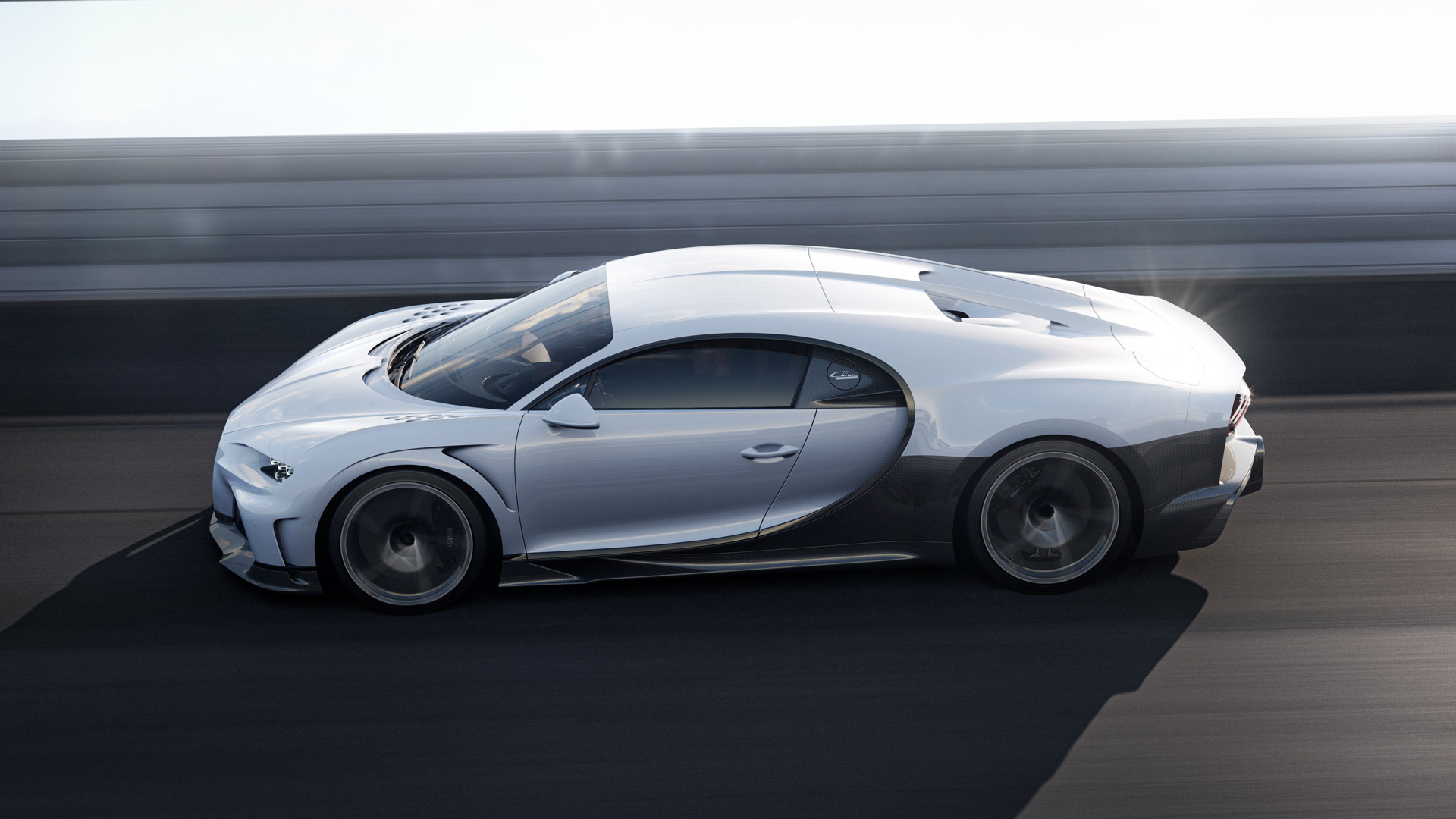 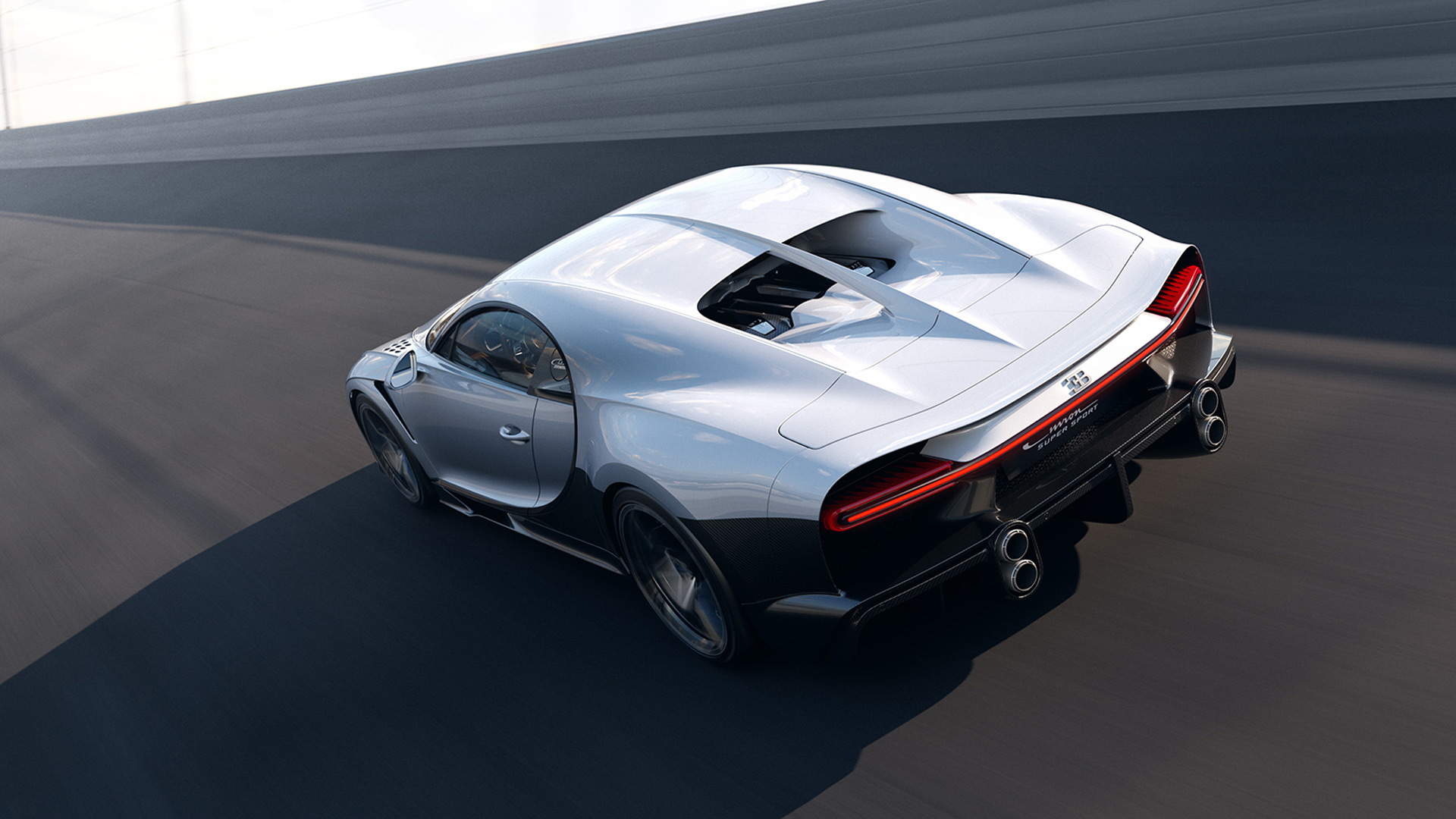 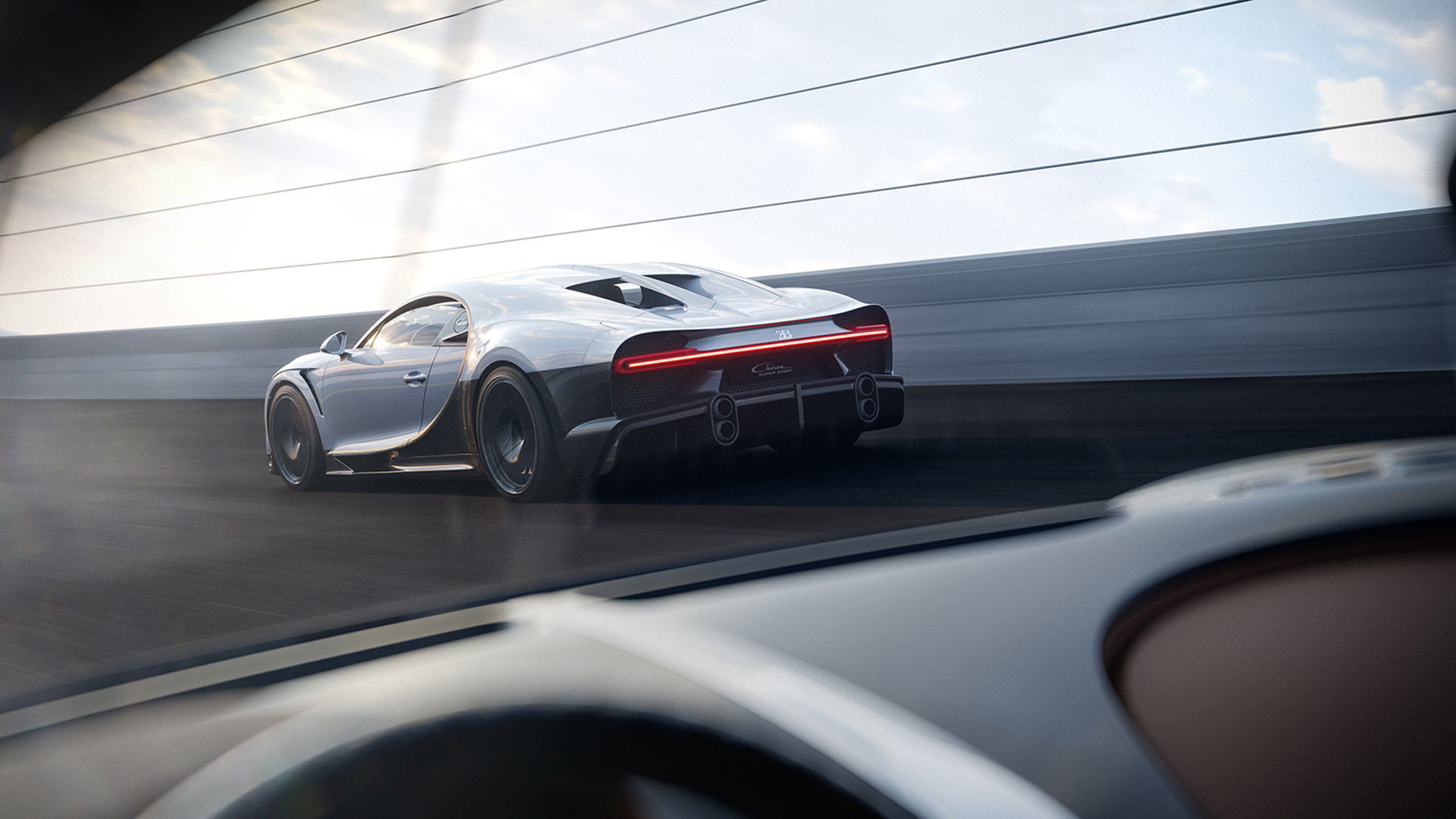 Bugatti stunned the automotive world in 2019 when a new version of the Chiron it had developed cracked the 300-mph barrier, making it the fastest production car in the world by a significant margin.

The car, known as the Chiron Super Sport 300+, managed to hit 304.773 mph at Volkswagen Group's Ehra Lessien test track in Germany, though this isn't counted as a world record as Bugatti didn't make the required runs in opposite directions. As a result, the 282.9 mph set by the SSC Tuatara in January is currently acknowledged as the world record. Regardless, the Chiron Super Sport 300+ is plenty fast, and Bugatti probably sold all 30 examples it built fast as well.

Now, there's a new Chiron Super Sport, and it's essentially a Chiron Super Sport 300+ with added luxury and a more forgiving chassis. Its top speed is also limited to 273 mph, hence the missing "300+" in the name. According to Bugatti, the Chiron Super Sport will also sprint to 60 mph from rest in under 3.0 seconds, hit 124 mph in 5.8 seconds and 186 mph in 12.1 seconds. The car will also make it to 248 mph 7% quicker than other Chirons.

In contrast with the more track-focused Chiron Pur Sport, the Chiron Super Sport is all about top speed. You'll immediately notice it features a more streamlined body, which Bugatti says has been optimized for aerodynamics. The crucial factor is generating enough downforce to keep the car glued to the ground, especially at those speeds well above takeoff speeds for commercial aircraft. The resulting design includes a new long-tail section—the rear has grown by almost 10 inches to hold the laminar flow to the bodywork for as long as possible—and a wide rear diffuser integrating stacked exhaust tips. Many of the new parts are 3D-printed, including those exhaust tips.

Power comes from the Chiron's familiar 8.0-liter quad-turbocharged W-16, though the output has been dialed up to 1,578 hp (1,600 in metric figures) instead of the standard 1,480-hp rating. The Chiron Super Sport also rides on a bespoke set of Michelin Pilot Sport Cup 2 tires rated at an insane 317 mph. This is made possible by reinforced belts that were torture tested using a test bench originally built for the Space Shuttle program.

Bugatti also worked on the Chiron's chassis to ensure it delivers a combination of high-speed stability and comfort. This was primarily done via the dampers, along with harder springs and new tuning for the various driving modes: EB, Handling, Autobahn, and Top Speed. You'll also notice the new wheel design, which Bugatti has made unique to the Chiron Super Sport.

Like the rest of the car, the interior combines elements of comfort and performance. For instance, you'll find a blend of natural elements like leather and polished aluminum, together with performance touches like carbon fiber.

Pricing for the Chiron Super Sport starts at 3.2 million euros (approximately $3.9 million) and customers can expect to receive their cars in early 2022. Bugatti hasn't mentioned how many examples are destined for production.