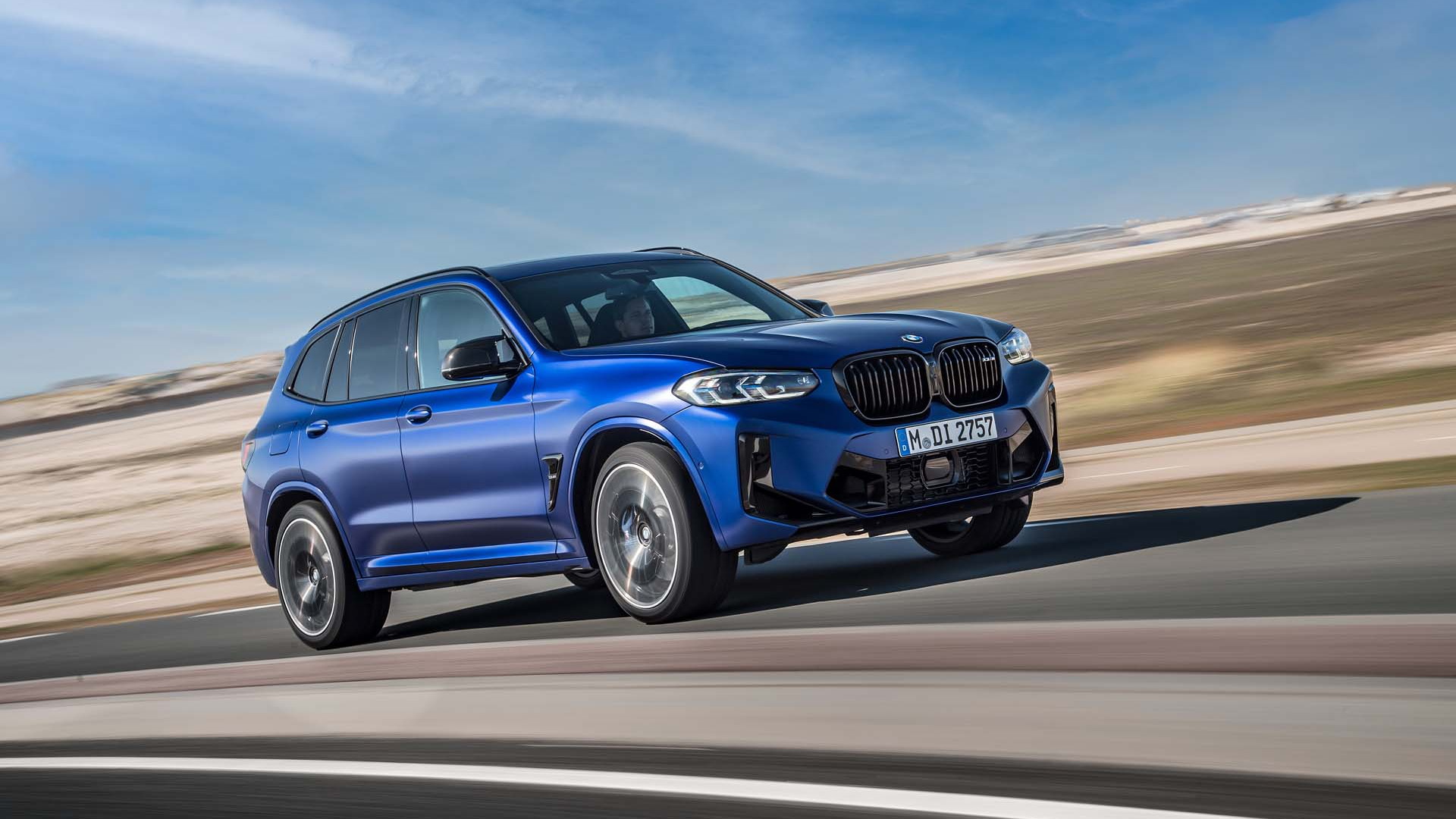 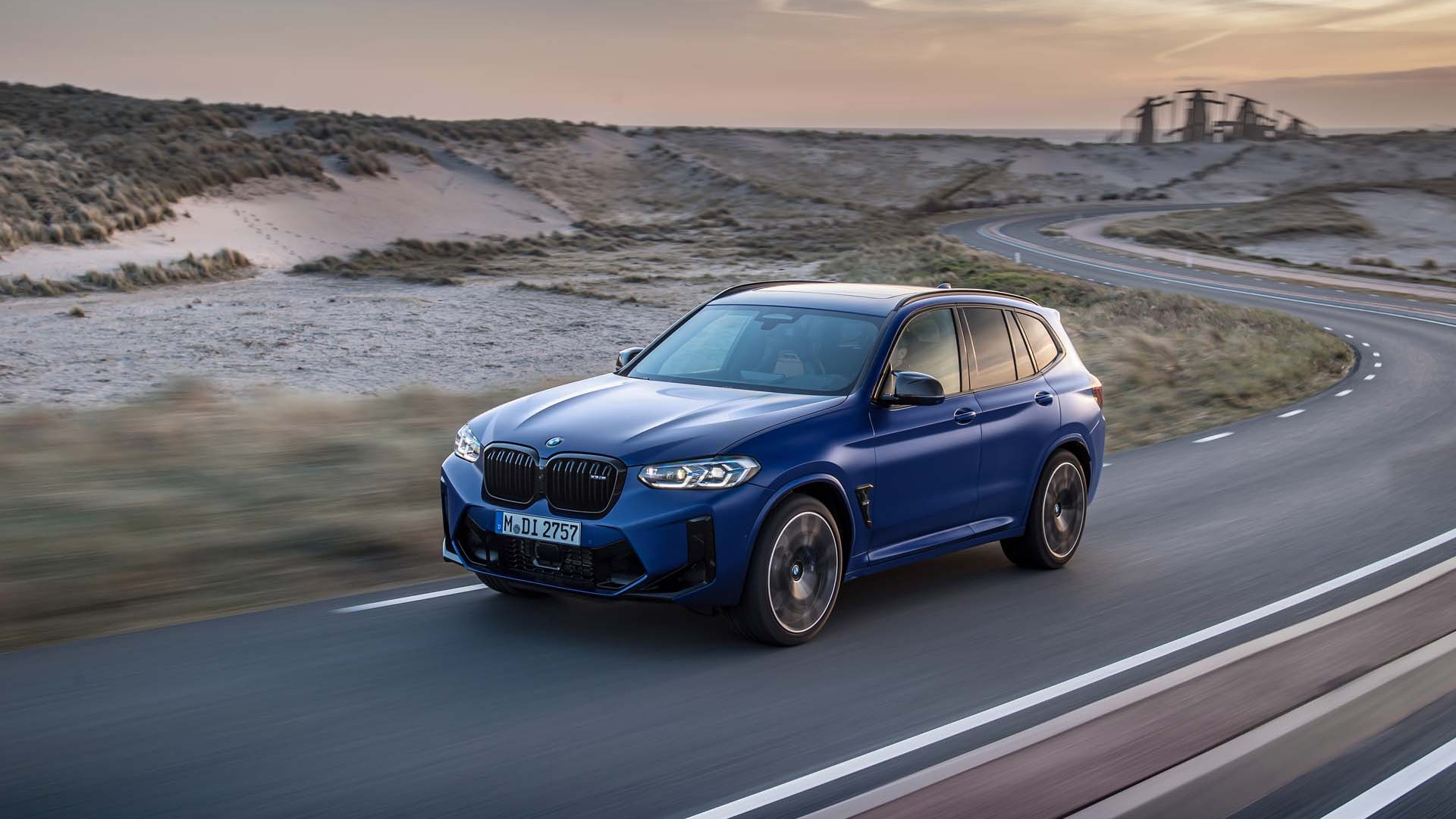 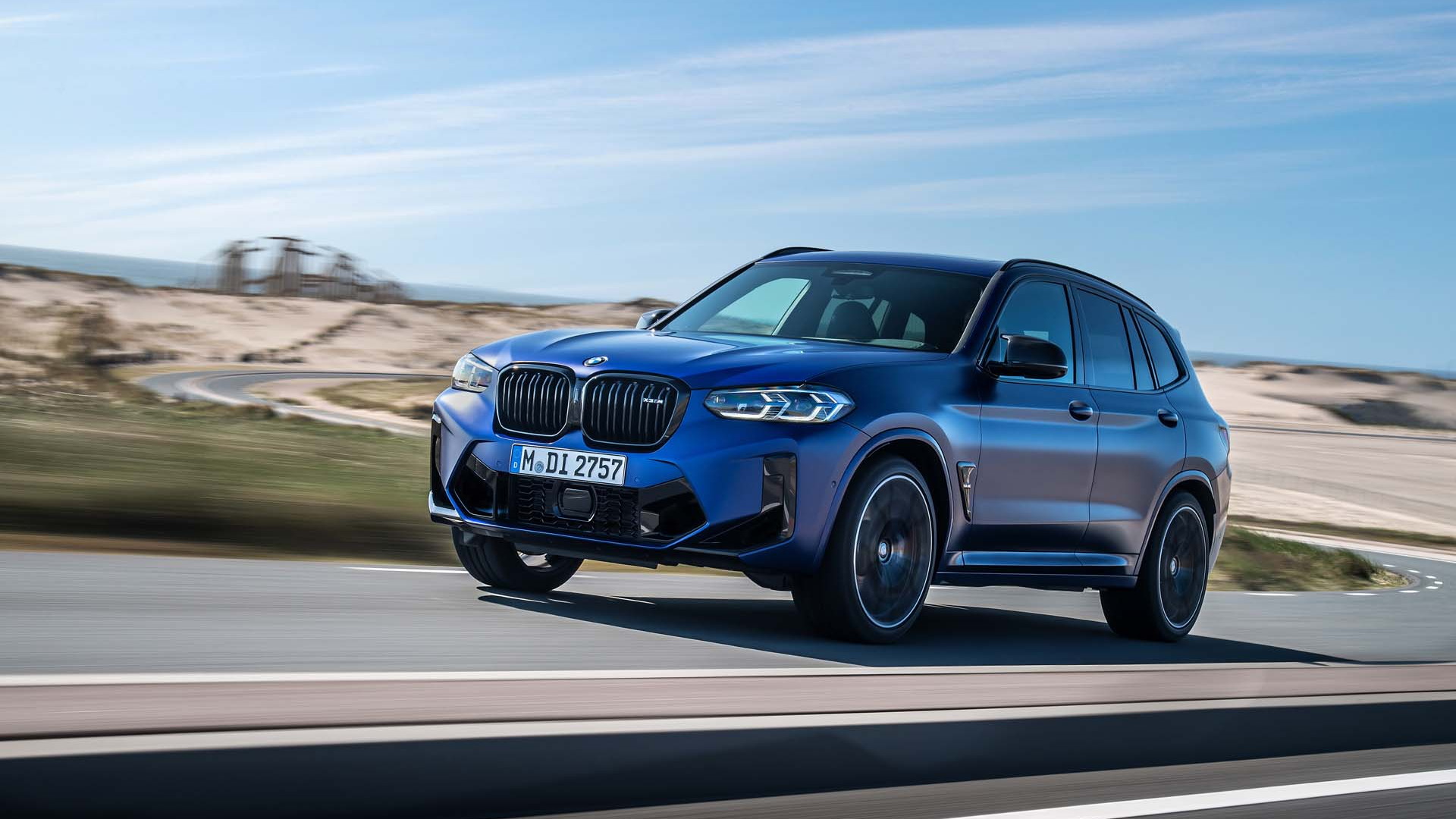 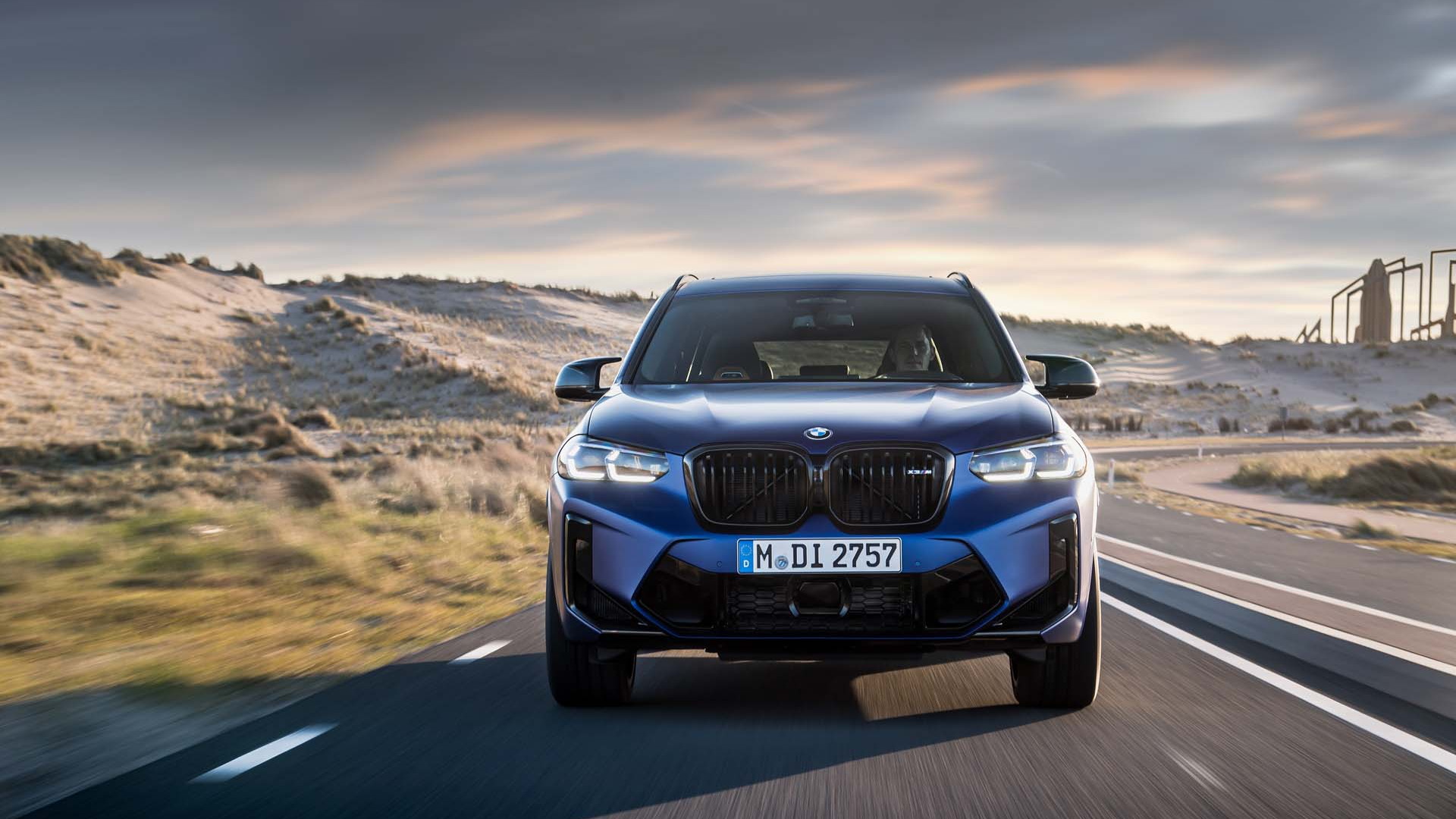 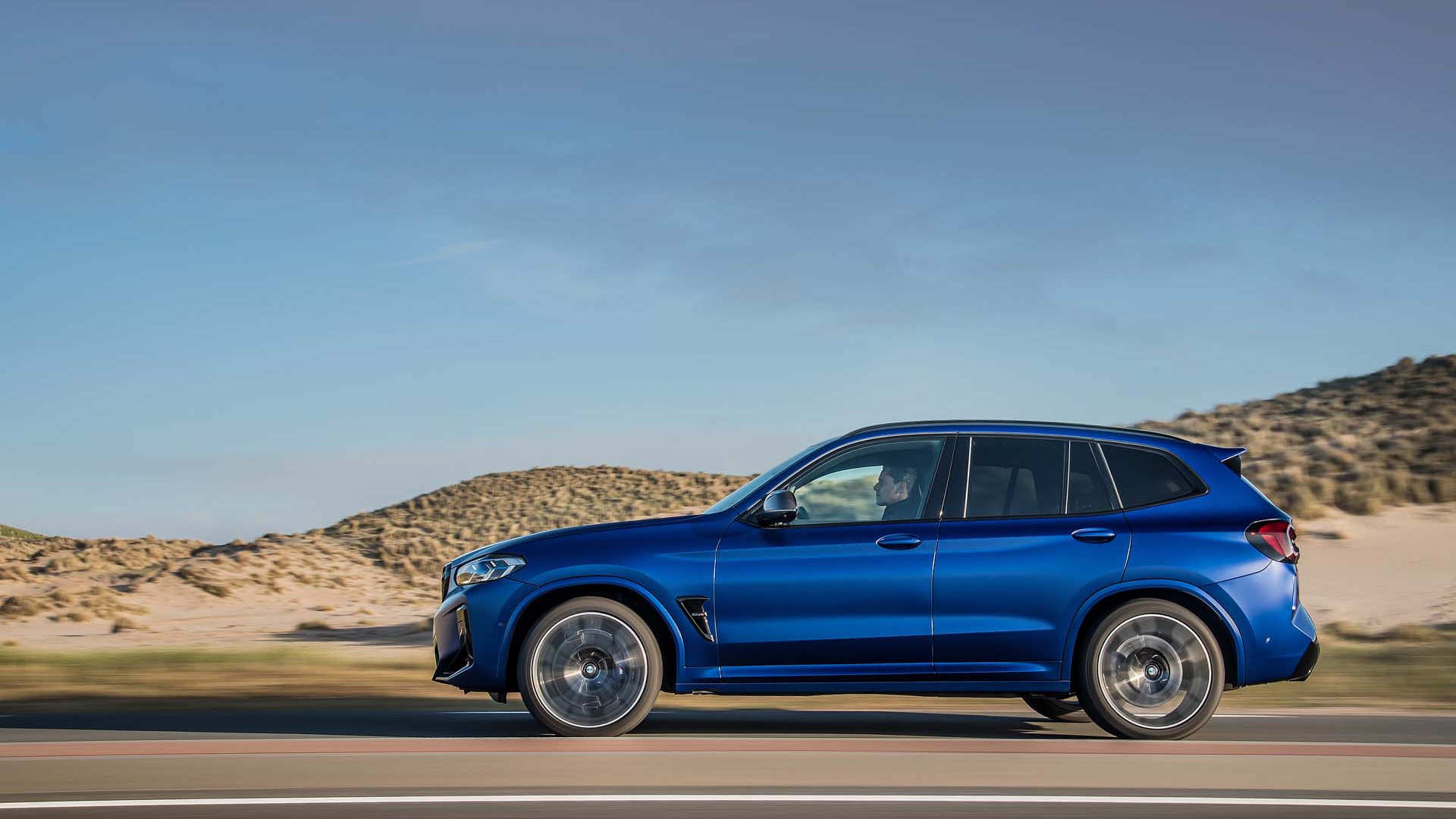 The current third-generation BMW X3 has been on sale since the 2018 model year and in BMW tradition it is being given a mid-cycle update for 2022.

The updated X3 was revealed late on Tuesday together with an updated version of the related X4, with both small crossovers due to arrive at dealerships this fall.

The X3 is one of the most popular models in BMW's lineup, with sales in the United States nearing 60,000 units last year. Even with the pandemic, the figure is close to the total sold when the current X3 was first launched. As a result, BMW isn't rocking the boat with this update.

There's slightly revised styling, with new lights fitted at both ends, new triangular elements featured in the front fascia, and a new shape used for the exhaust tips. The window frames and roof rails are also finished in satin aluminum.

The interior is also revised, with the center stack featuring a design lifted out of the latest 4-Series. There's an available digital instrument cluster that measures 12.3 inches and a new infotainment screen that measures 10.25 inches, and thankfully there's still plenty of physical controls for frequently used features, such as the climate control. An extended ambient lighting package has also been made available for those who want it. BMW says the suite of electronic driver-assist features in the updated X3 has also been enhanced.

Buyers in the United States will have access to just three variants at launch. Starting off the lineup will be the X3 sDrive30i powered by a 2.0-liter turbocharged inline-4 rated at 248 hp and 258 lb-ft of torque. It comes with rear-wheel drive as standard but can be ordered in all-wheel-drive xDrive30i guise.

Above this will be the X3 M40i. This model comes with all-wheel-drive and a 3.0-liter turbocharged inline-6, just like its predecessor, but there's now also a mild-hybrid system. The mild-hybrid system temporarily boosts output by 11 hp and consists of an integrated starter motor and generator that is able to recover energy under braking. The X3 M40i is good for 382 hp and 364 lb-ft.

The X3 M models have all the power and torque with a 3.0-liter twin-turbocharged inline-6 rated at 473 hp and 442 lb-ft. A Competition model increases power output to 503 hp and 457 lb-ft of torque. The X3 M models will move quickly with a 0-60 mph time of 3.9 seconds in standard form and 3.7 seconds in Competition spec. Top speed is electronically limited to 155 mph, though that can be increased to 177 mph with the optional M Driver's Package.

Regardless of the chosen model, an 8-speed automatic is standard.

Production of the X3 is handled at BMW's plant in Spartanburg, South Carolina.

For more on the BMW X3, read the in-depth reviews at The Car Connection.