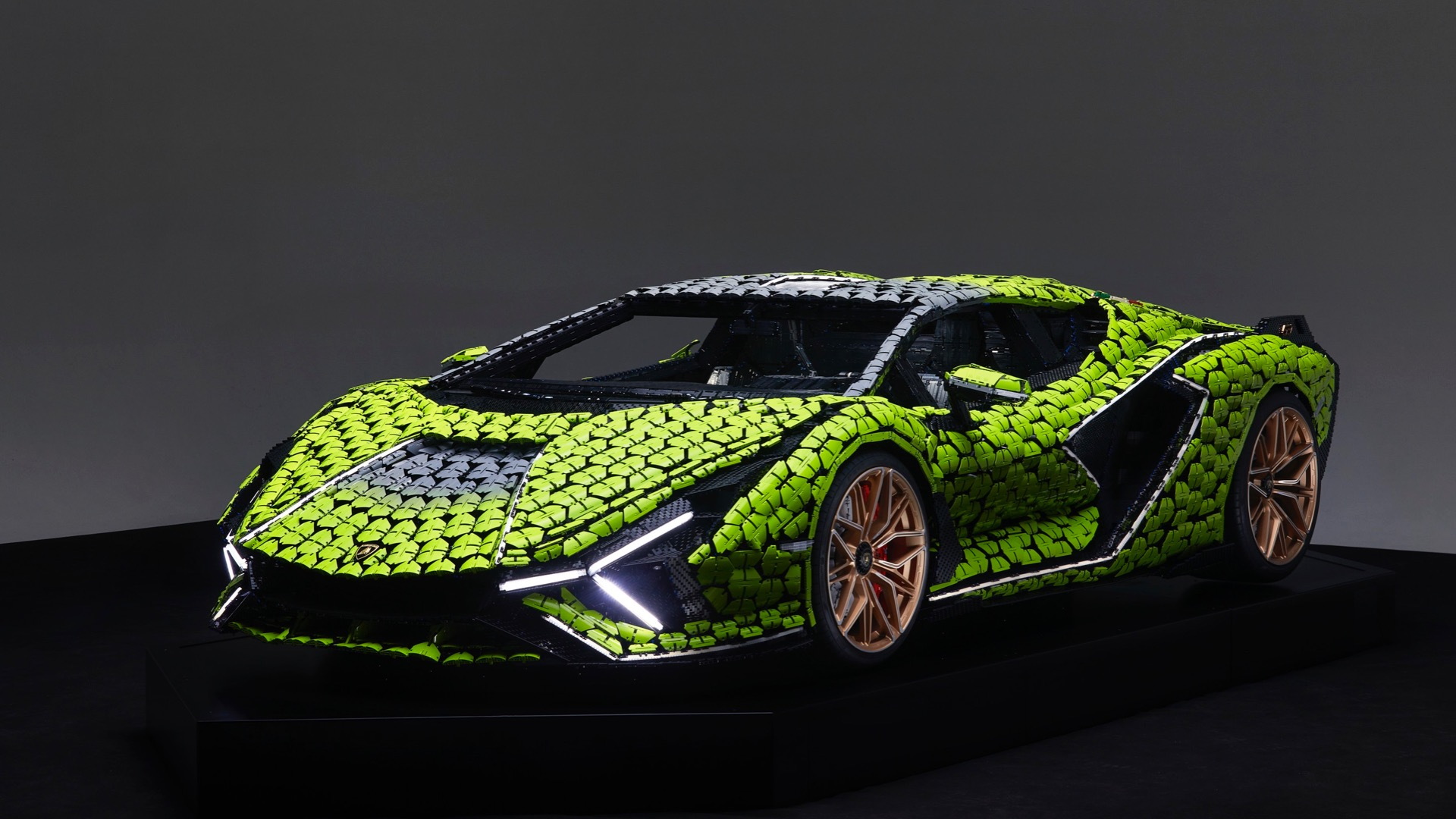 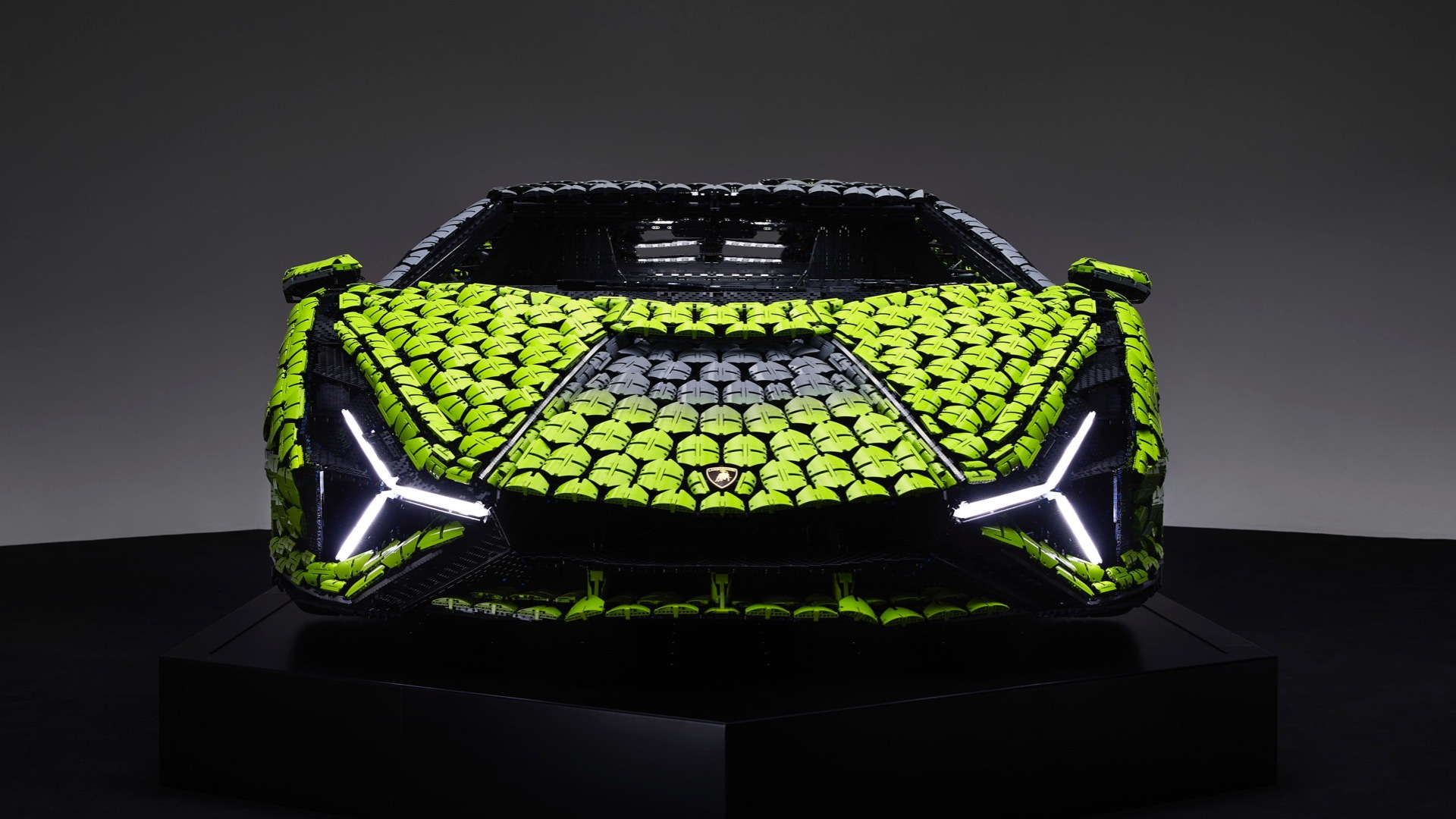 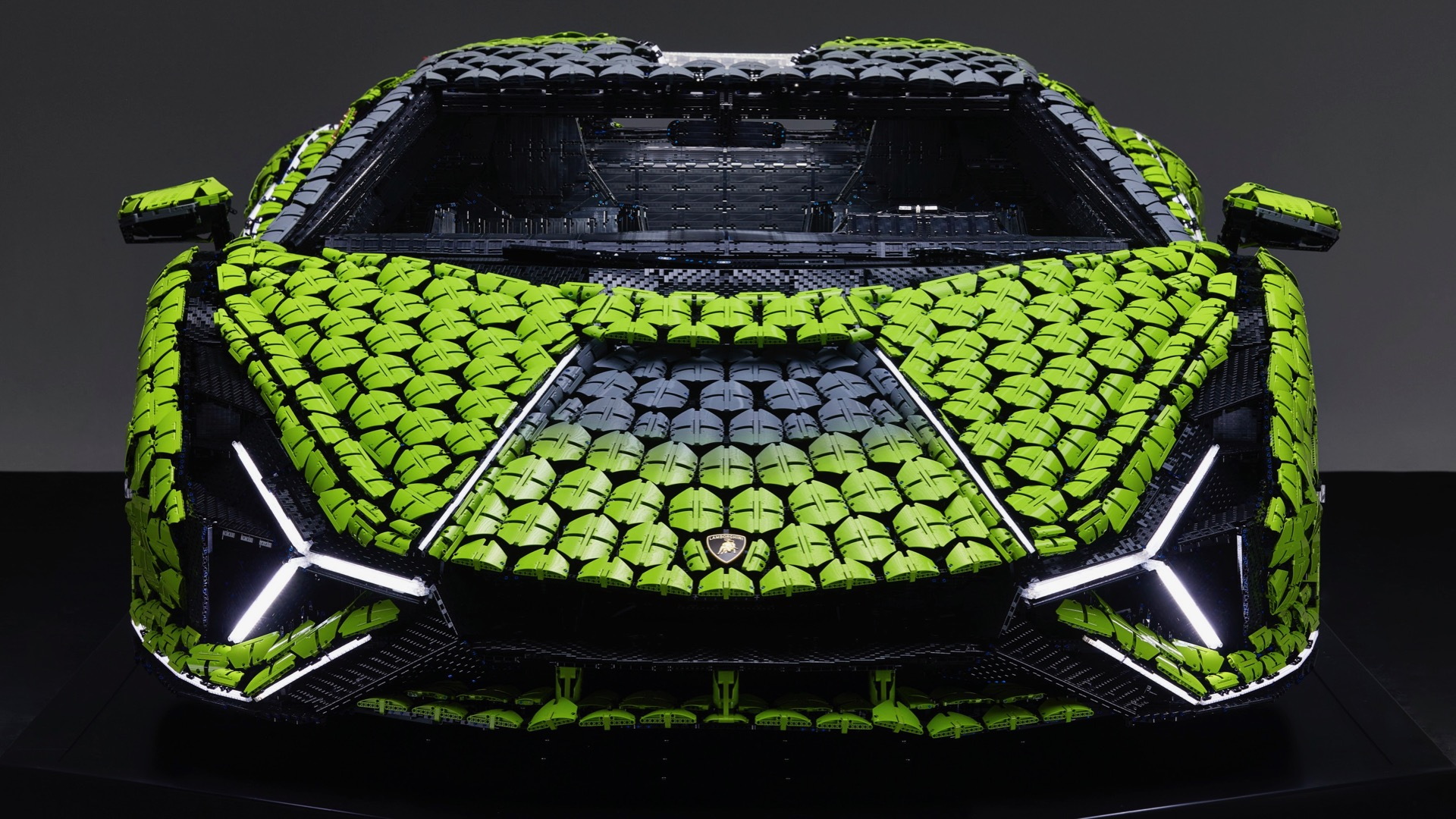 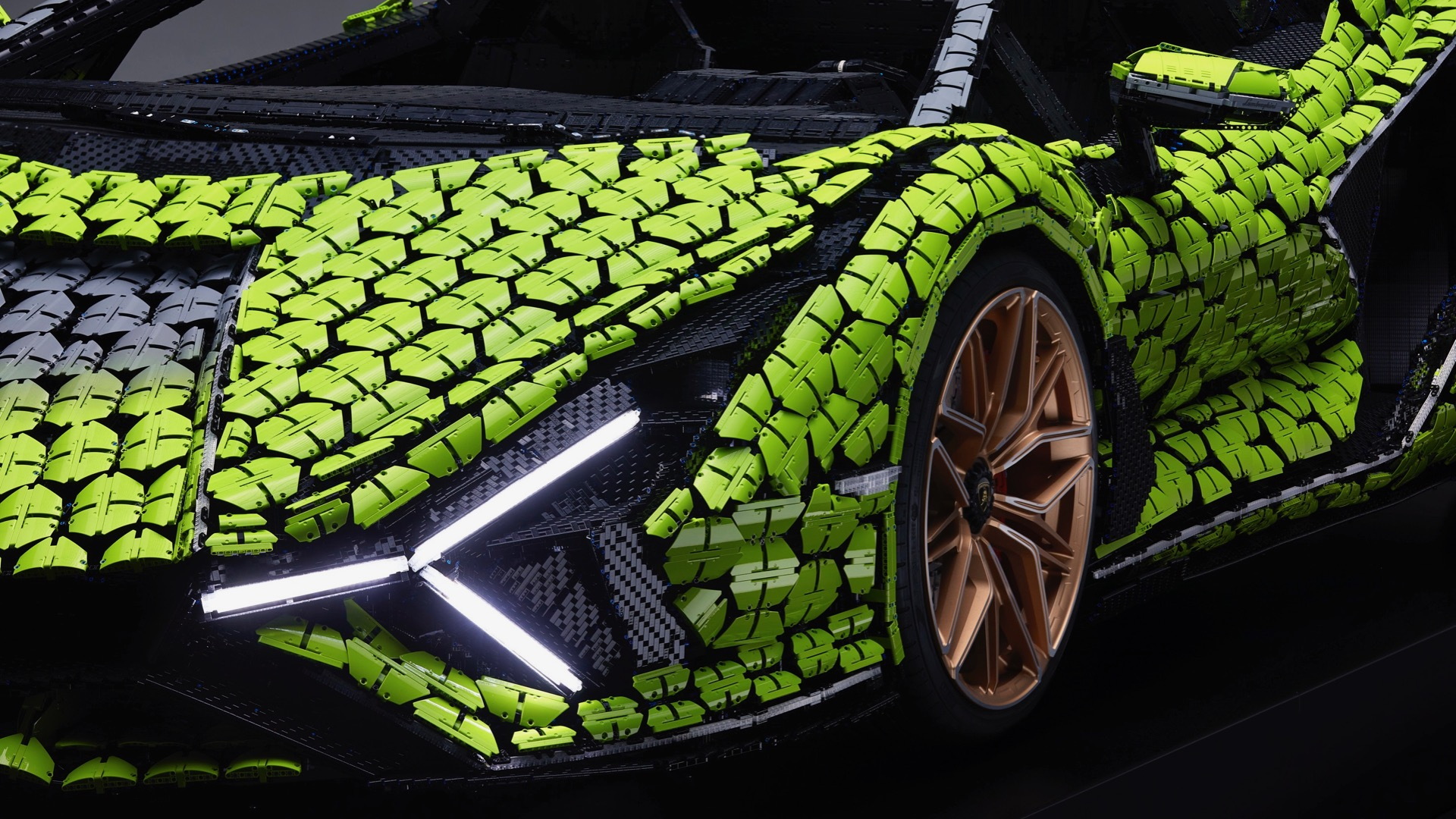 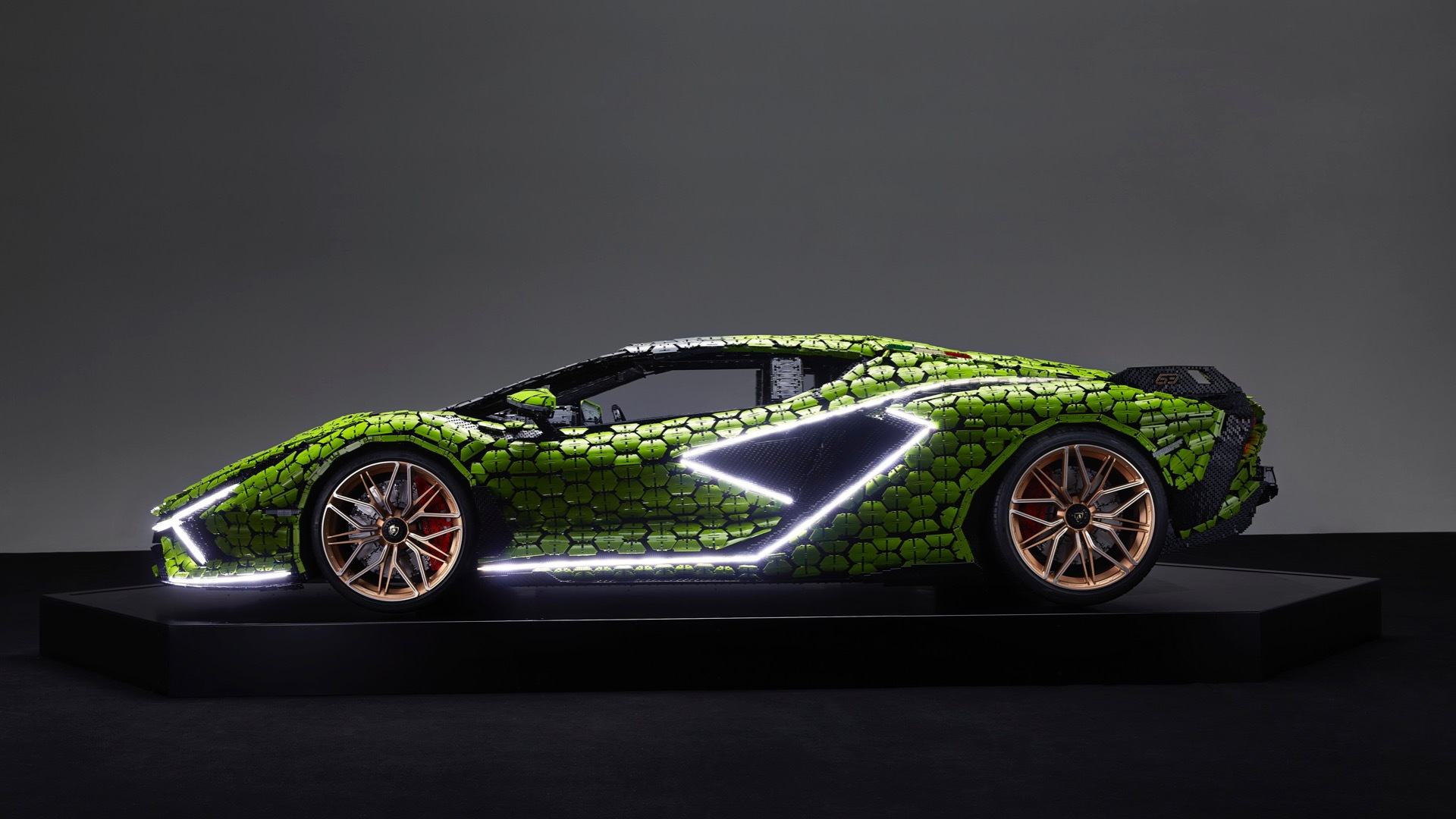 Lamborghini and Lego teamed up to build a life-size replica of the Sián FKP 37 hypercar, using over 400,000 Lego Technic pieces.

The Lego Lambo required 154 different types of Lego pieces, including 20 made specifically for the project, Lamborghini said Tuesday in a press release. At 196 inches long, 82.7 inches wide, and 44.6 inches tall, Lamborghini said the Lego car matches the proportions of the real Sián. Lamborghini doesn't list a curb weight for the real Sián, but said the Lego version (including special pieces for the project) weighs 4,850 pounds.

The project took 15 people 8,660 hours to complete, according to Lamborghini. Instead of solid pieces, interlocking hexagonal elements represent the body panels, a nod to Lambo's current hexagon-themed design language. The exterior got a paintbrush-effect UV color coating, applied in Lamborghini's paint shop.

The life-size Lego Sián coincides with the launch of a 1/8 scale Lego Technic model of the hypercar. The model kit has "only" 3,696 pieces, and retails for $379.99. 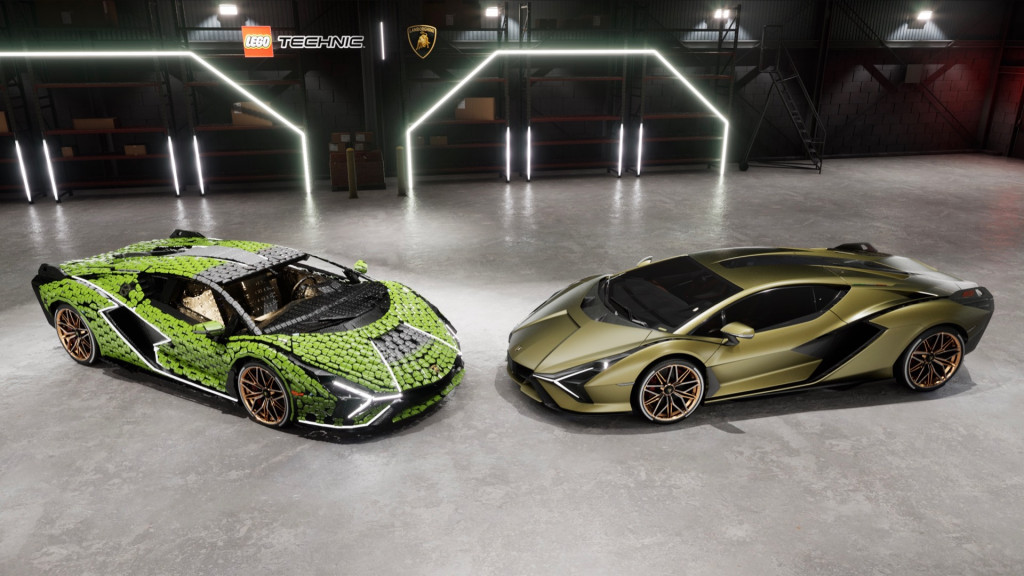 Announced in 2019, the Sián uses a hybrid powertrain consisting of a naturally-aspirated 6.5-liter V-12 and an electric motor, for a total of 807 horsepower. That will get the Sián from 0-60 mph in 2.8 seconds, and on to a top speed of over 217 mph, according to Lamborghini.

Unlike traditional hybrids, the Sián doesn't use a battery pack to store electricity. Instead, it uses a supercapacitor, which Lamborghini claims is three times more powerful and three times lighter than a battery pack of similar size.

The Sián is the most powerful Lamborghini production car ever, and the automaker's first hybrid, so it's not surprising that Lamborghini is eager to promote it. In addition to working with Lego, the automaker partnered with corporate cousin Ducati on a Sián-inspired motorcycle.