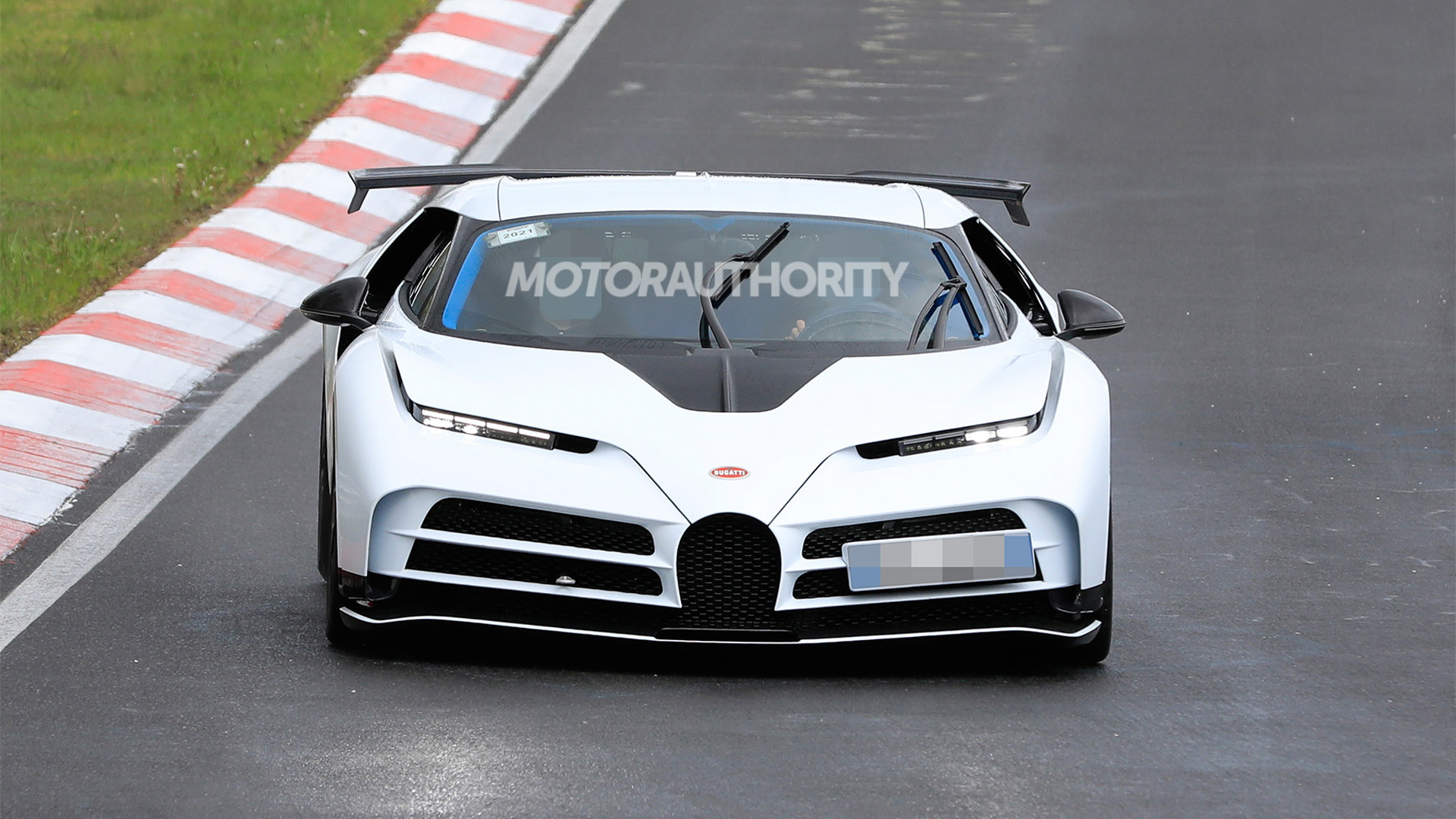 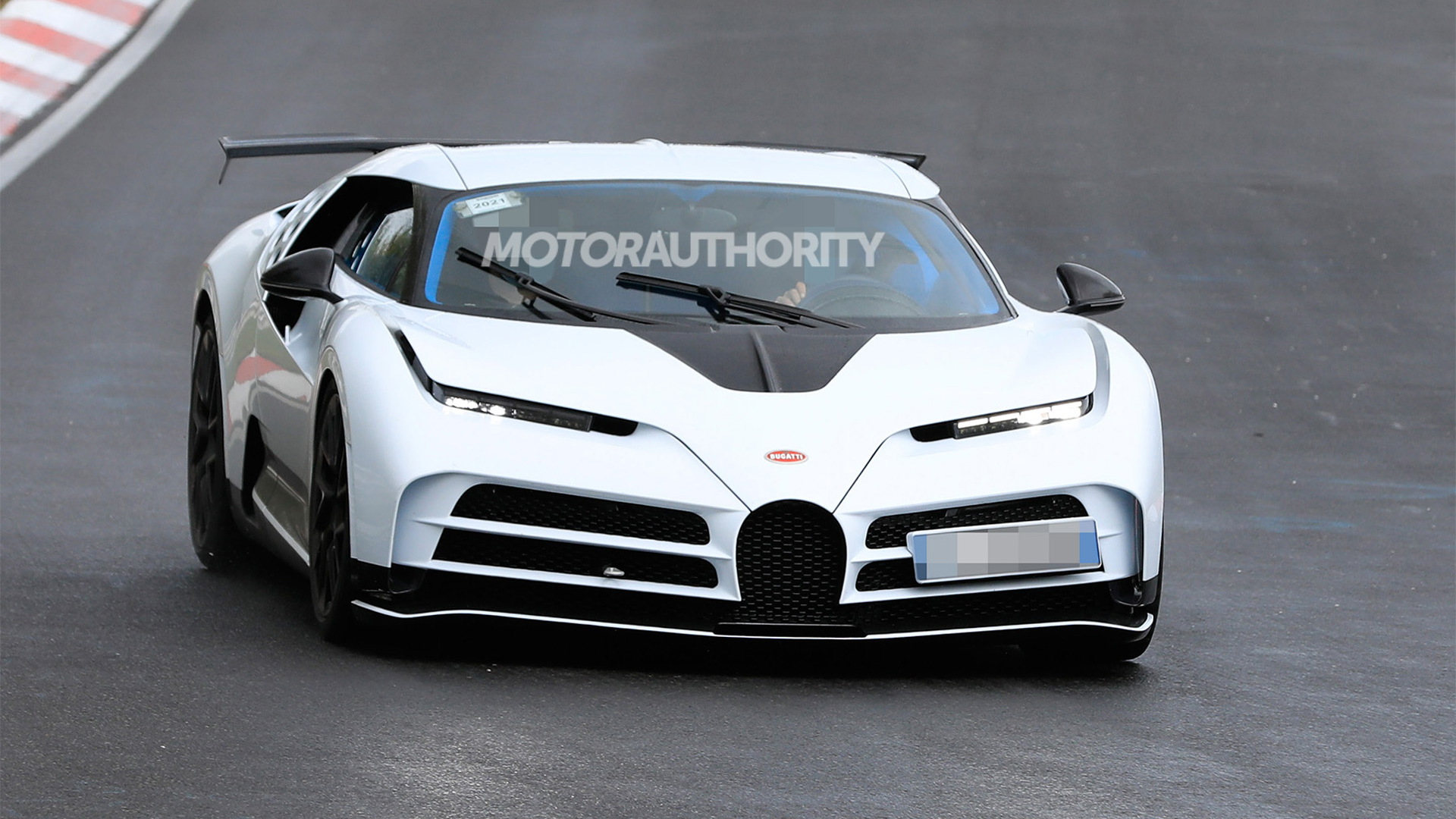 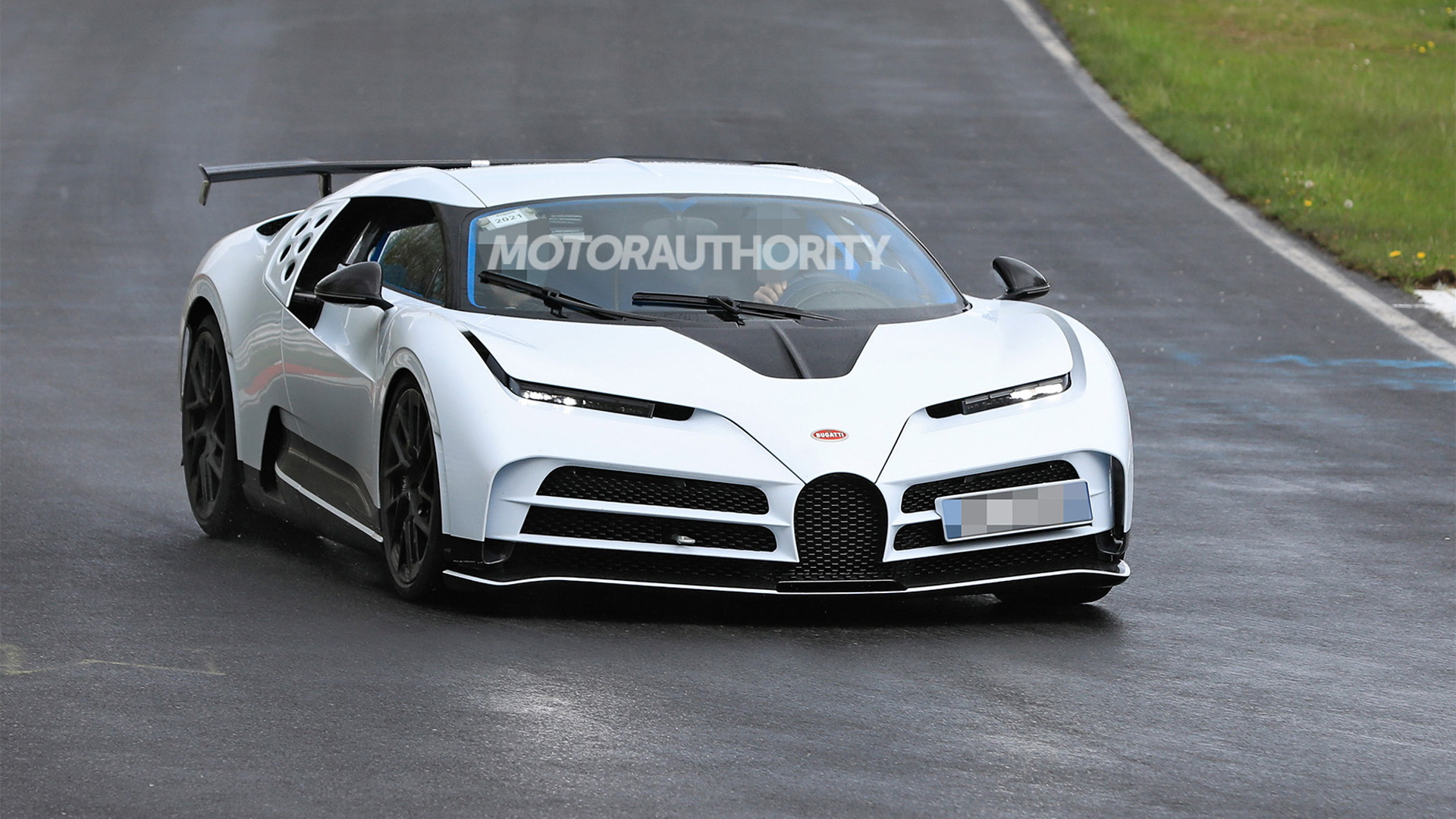 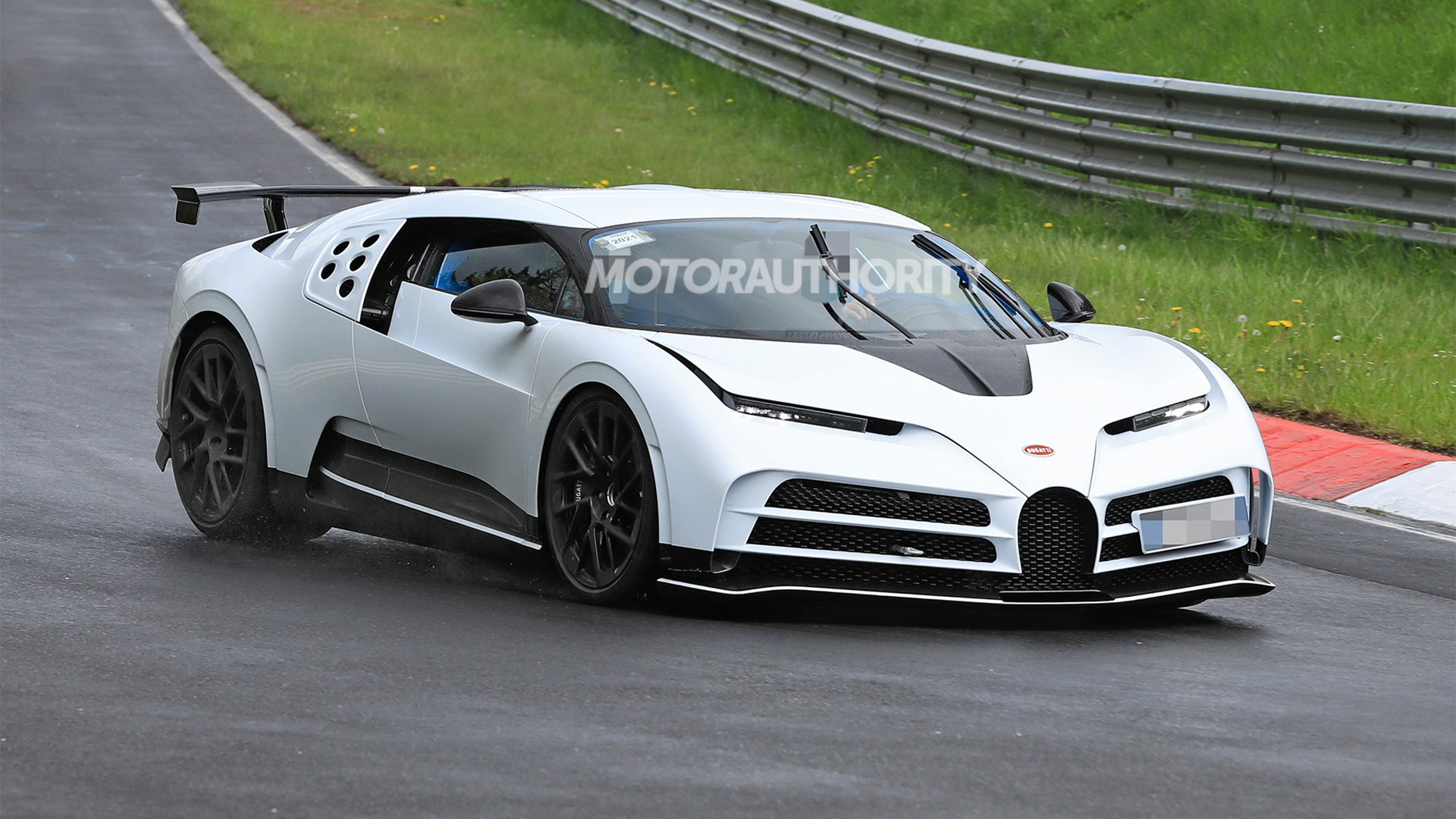 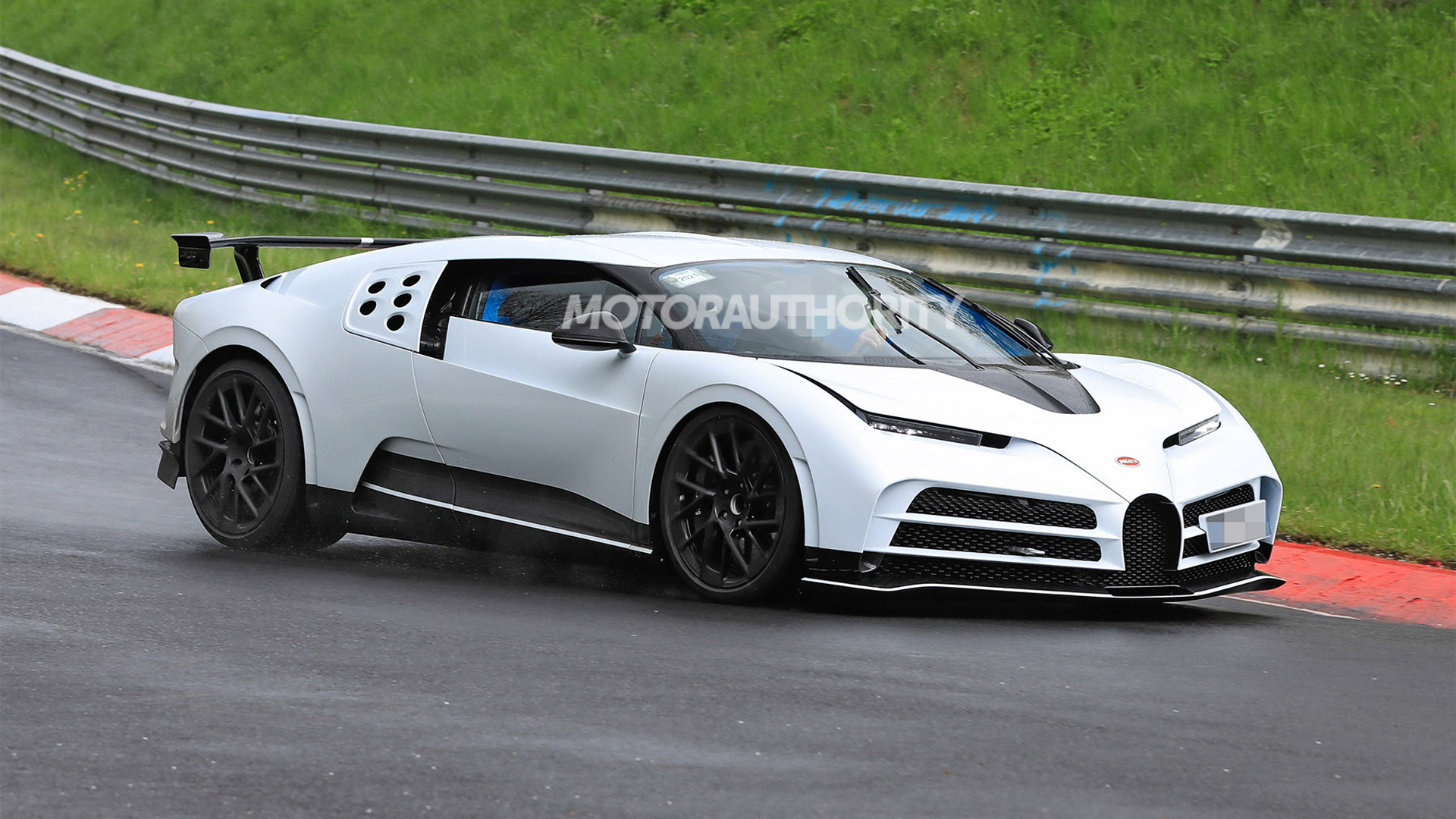 Almost two years to its unveiling, the Bugatti Centodieci—an $8.9 million tribute to the Bugatti EB110—has been spotted testing in prototype form.

The limited-edition hypercar was first shown as a prototype in February, at Bugatti's headquarters in Molsheim, France, but now it's undergoing some of its final testing at the Nürburgring and on some of the German racetrack's surrounding roads. The prototype was spotted in a fleet that included Bugatti's Chiron Pur Sport, Chiron Super Sport 300+, and Divo.

The Centodieci is based on the Bugatti Chiron but still requires significant development work. The car was first shown during 2019 Monterey Car Week, after which designers and engineers used computer simulations to ensure the Centodieci's bespoke bodywork and the carryover Chiron chassis components would work together.

The word Centodieci means "110" in Italian, a reference to the EB110, which in turn was named in honor of the 110th birthday of company founder Ettore Bugatti. The EB110 was the brainchild of Italian entrepreneur Romano Artioli and architect Giampaolo Benedini, who attempted to revive Bugatti in the early 1990s after decades of dormancy. While they were ultimately unsuccessful, the EB110 was one of the fastest supercars of its day, and kept the Bugatti name alive long enough for Volkswagen Group to purchase it and launch the Veyron in the 2000s.

Designers gave the Centodieci styling elements from the EB110, including a glass engine cover, five round side air vents, a smaller horseshoe grille, and a more slab-sided profile.

All of these changes could potentially interfere with cooling for the 8.0-liter quad-turbocharged W-16 engine, while new lighting elements and a fixed rear wing could affect regulatory compliance and aerodynamics, respectively. Hence the need for extensive development work and testing. Prior to hitting public roads, the prototype was run on the dyno and tested in a wind tunnel.

Bugatti expects to start deliveries of the Centodieci early next year. Just 10 are planned, with build slots sold out within hours of the car's Monterey reveal.