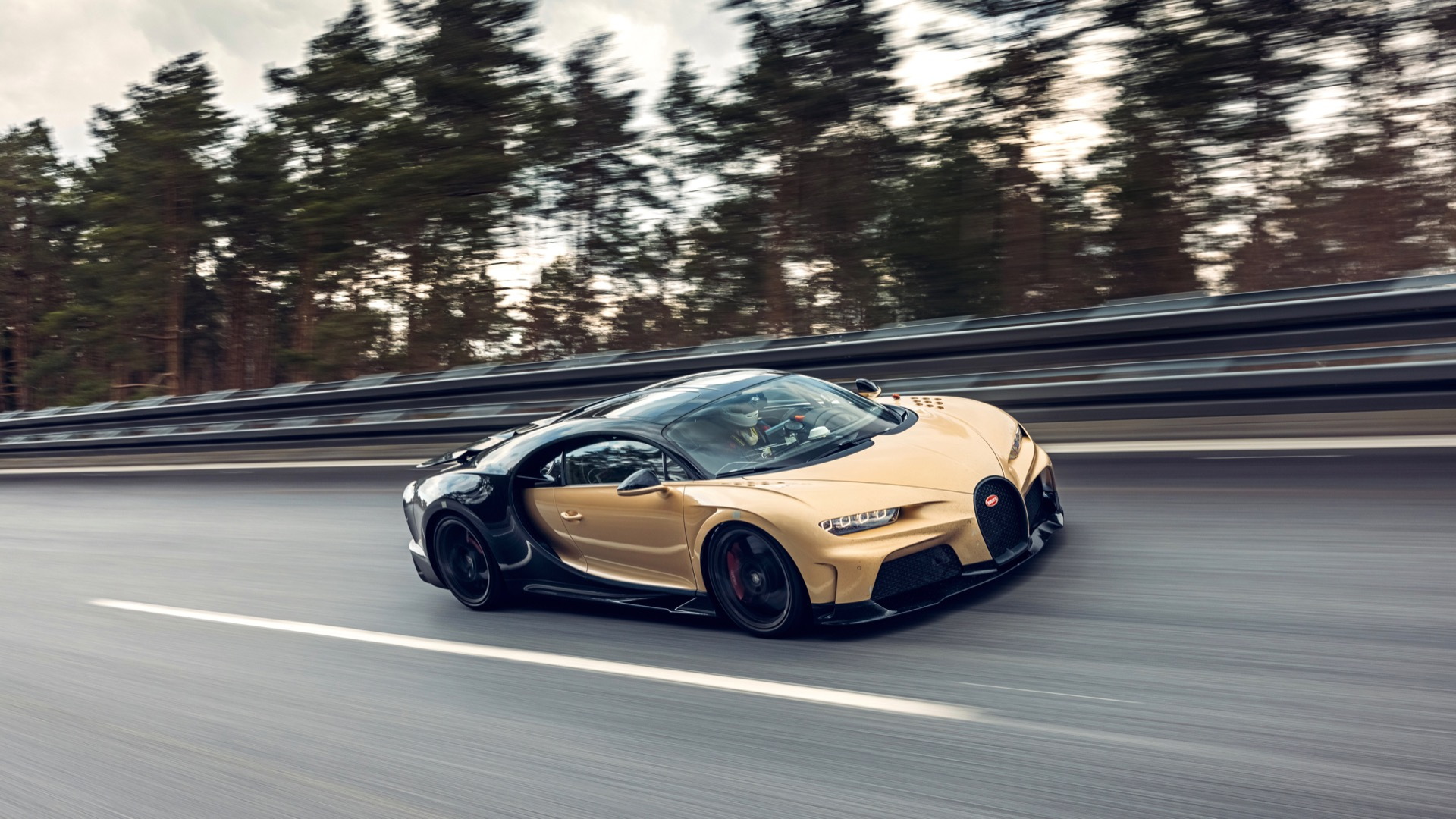 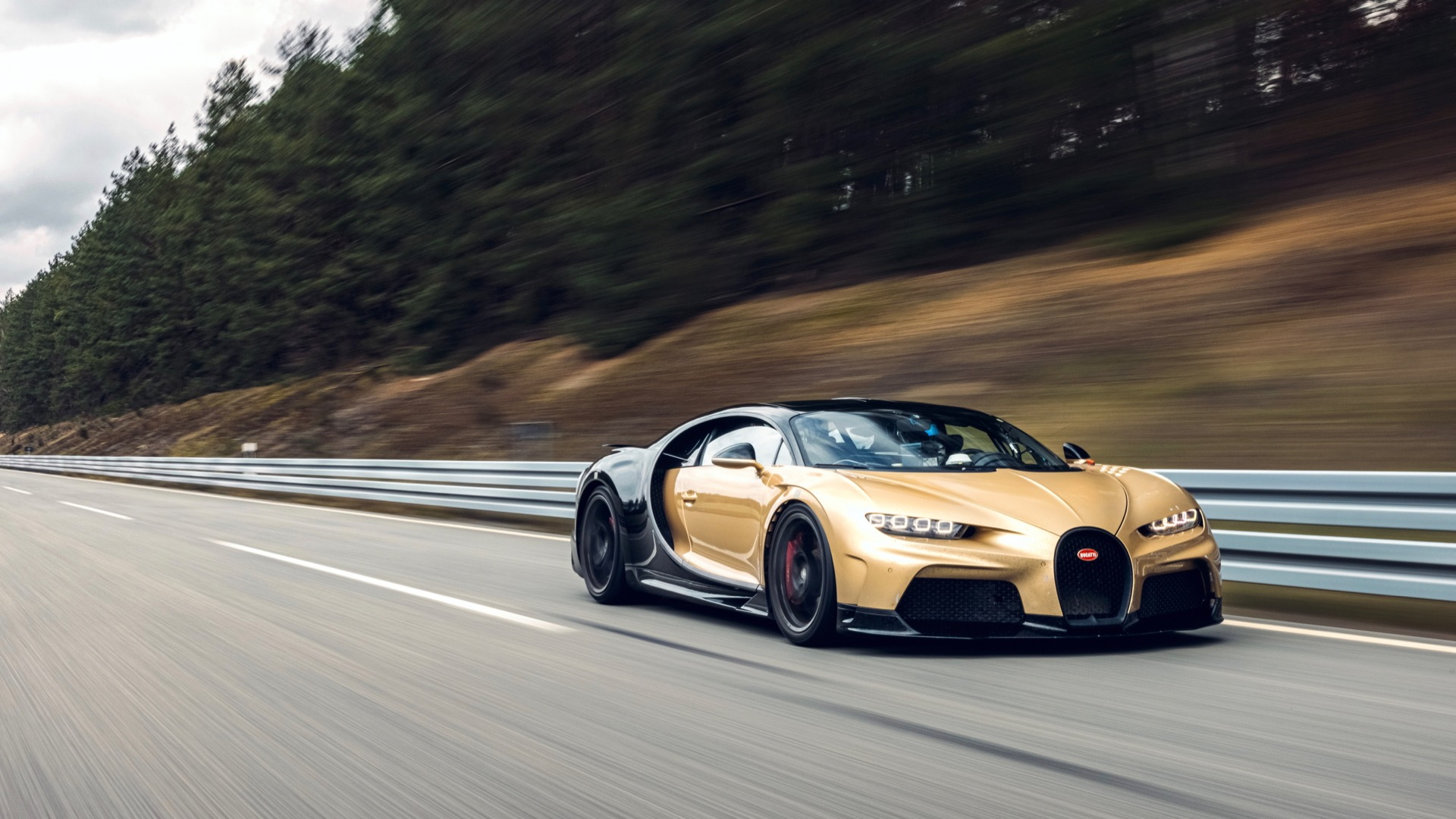 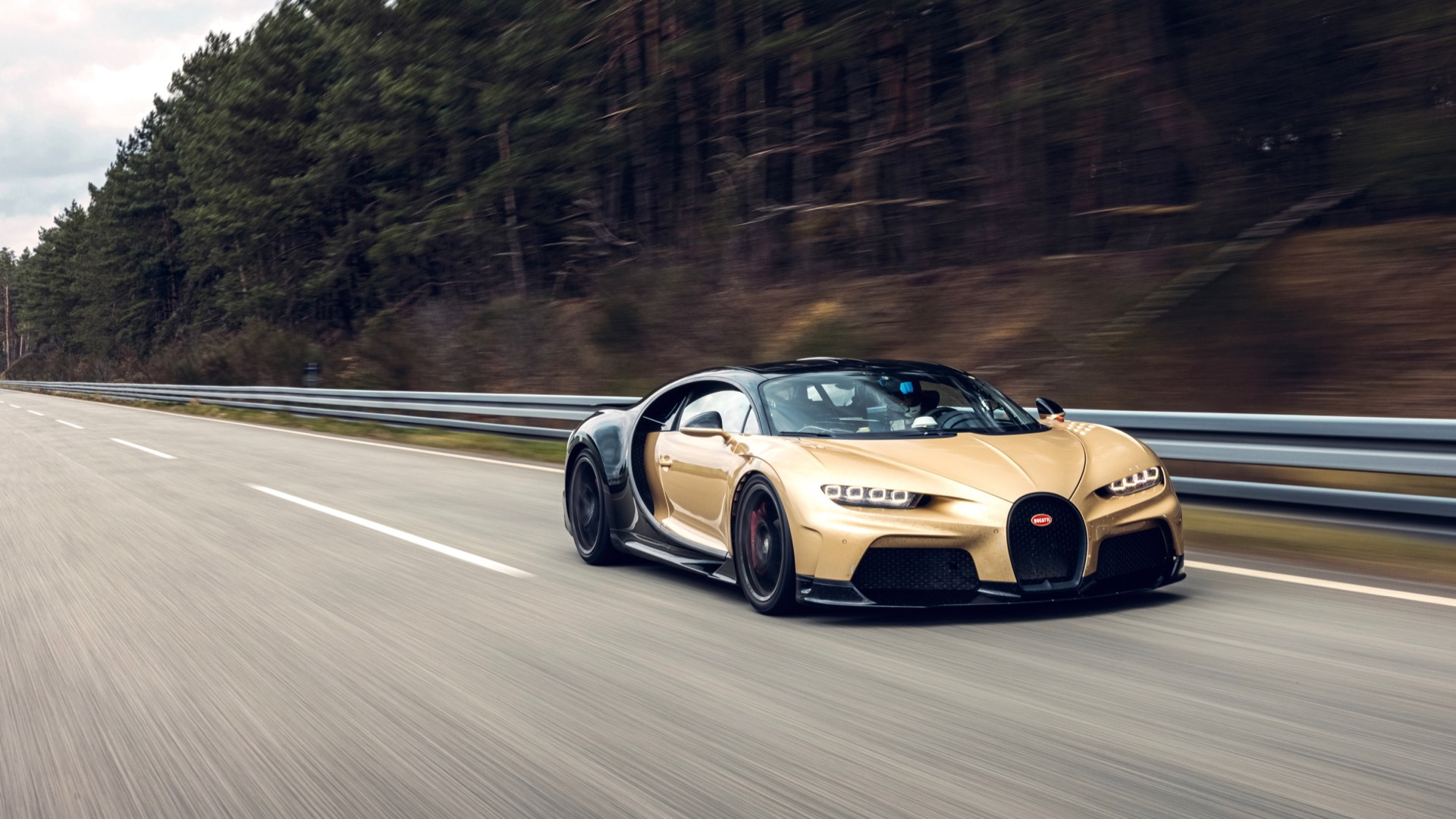 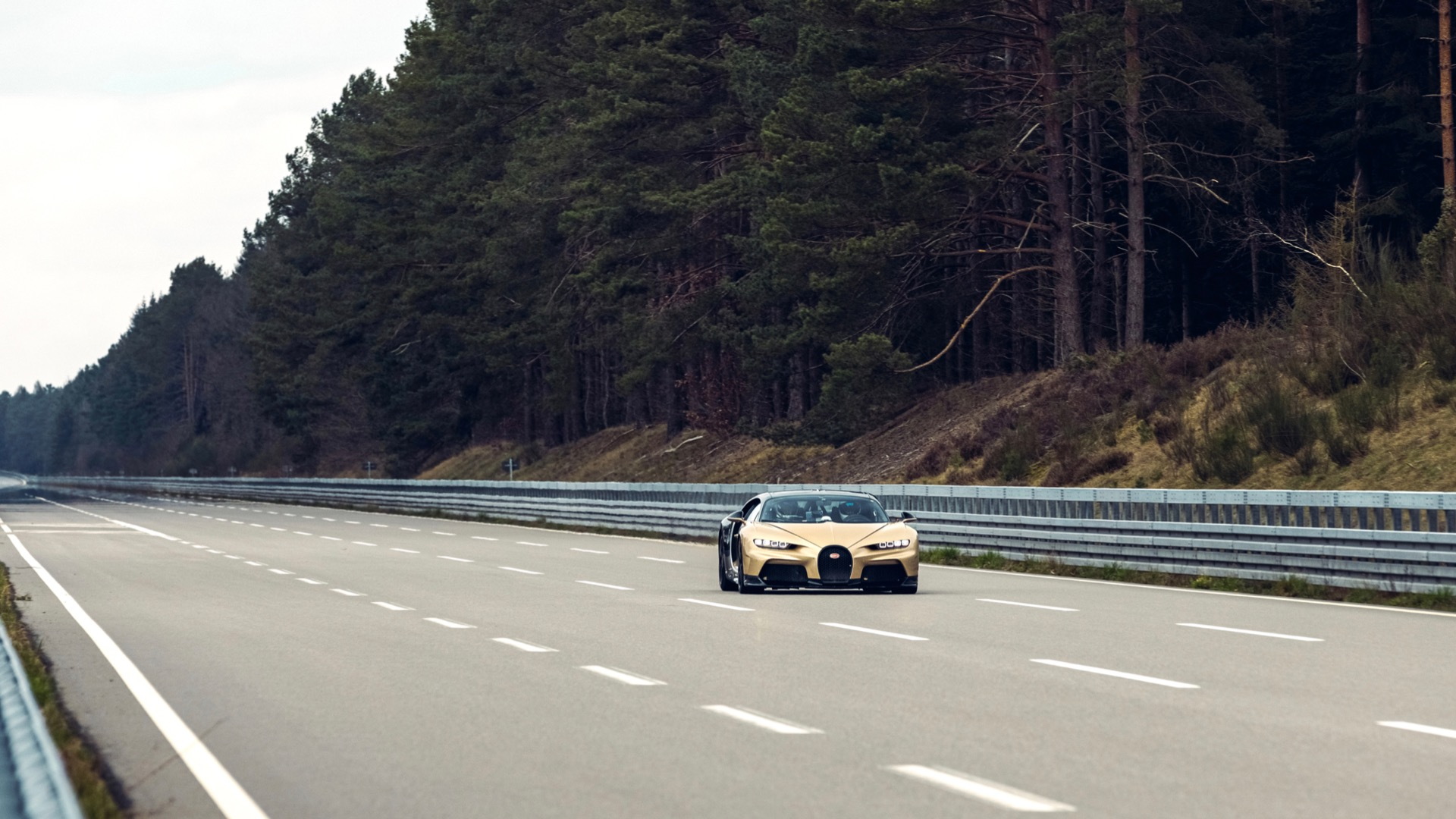 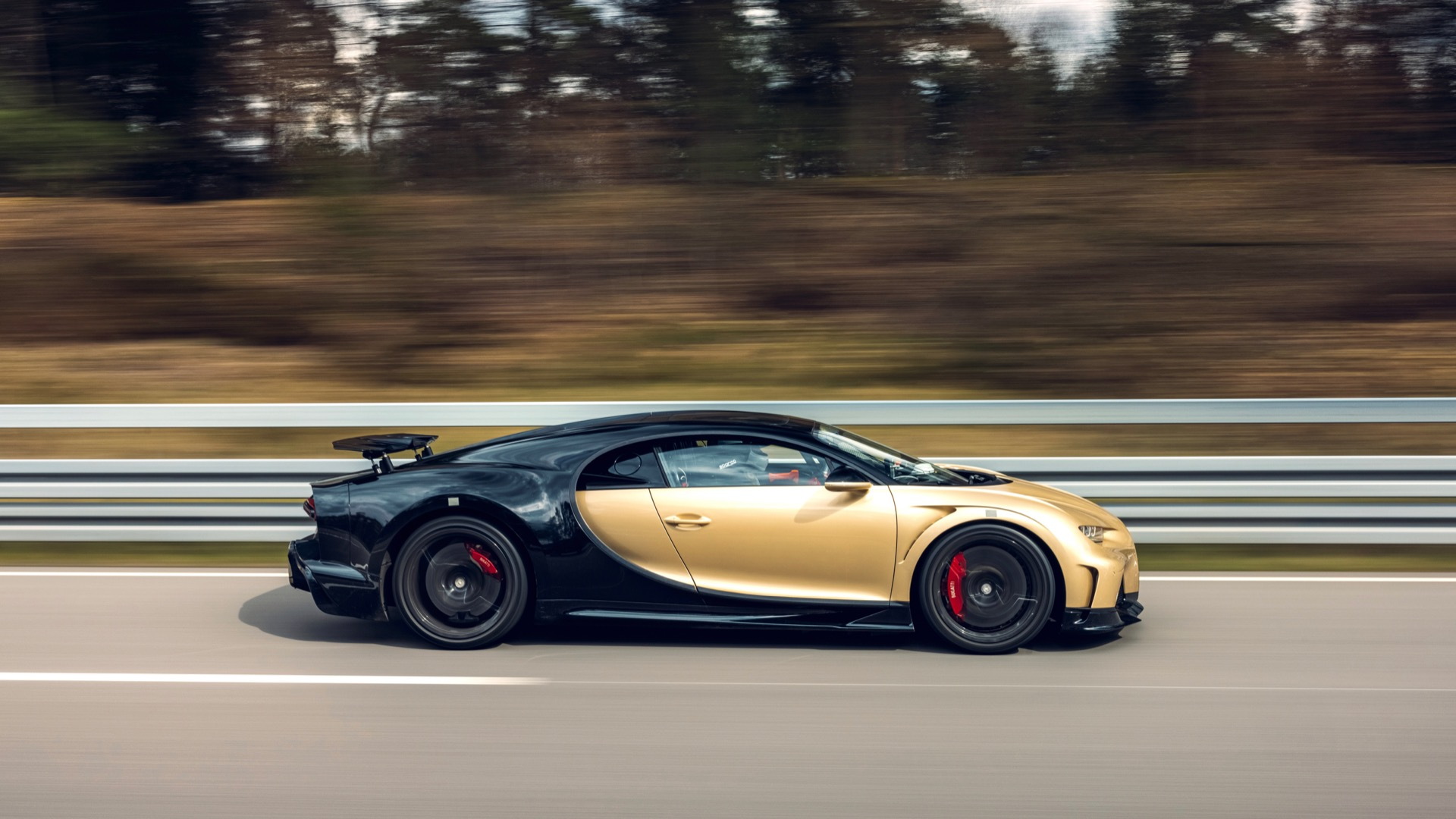 The Bugatti Chiron Super Sport is undergoing final high-speed testing ahead of the planned start of deliveries at the end of August, Bugatti said Tuesday in a press release.

Unveiled just a few weeks ago, the latest version of the Chiron has a claimed 273-mph top speed, and Bugatti wanted to make sure it was comfortable at such high velocity. Engineers have been doing test runs at that speed, checking things like rear-wing angle, ride height, damping, and the level of power-steering assist.

For these tests, engineers added about 100 sensors to track temperature and pressure at various points. Again, it was all about making sure everything works at the very high speeds this car is capable of reaching.

The Chiron Super Sport grew out of the Chiron Super Sport 300+, which cracked the 300-mph barrier at the Volkswagen Group's Ehra Lessien test track in 2019. While the car's 304.773 mph top speed isn't recognized as an official world record for production cars because Bugatti didn't make the required run in the opposite direction, the automaker had no trouble selling 30 examples to customers.

Unlike the more track-focused Chiron Pur Sport, the Super Sport is all about top speed. It gets more streamlined bodywork, including a long-tail section that adds about 10 inches to the length of the car.

Power is provided by the same  quad-turbocharged 8.0-liter W-16 used in other versions of the Chiron. In the Super Sport, it produces 1,578 hp, up from the standard 1,480-hp rating.

Pricing for the Chiron Super Sport starts at about $3.9 million based on current exchange rates. Bugatti hasn't said how many Super Sports it plans to build, but noted that the models will count toward the total 500-unit production run of the Chiron.