After checking out the mid-engine Ferrari SF90 Stradale, Jay Leno switched to the front-engine 812 GTS for a recent episode of "Jay Leno's Garage."

The Ferrari 812 GTS is a convertible version of the 812 Superfast, sporting a retractable hardtop in place of the Superfast's fixed roof. So it's perfect for Leno's Los Angeles locale.

Like the 812 Superfast, the 812 GTS is powered by a naturally-aspirated 6.5-liter V-12, producing 789 hp and 530 lb-ft of torque. The engine drives the rear wheels through a 7-speed dual-clutch transmission. Ferrari quotes 0-62 mph in less than three seconds, with a top speed of over 211 mph. 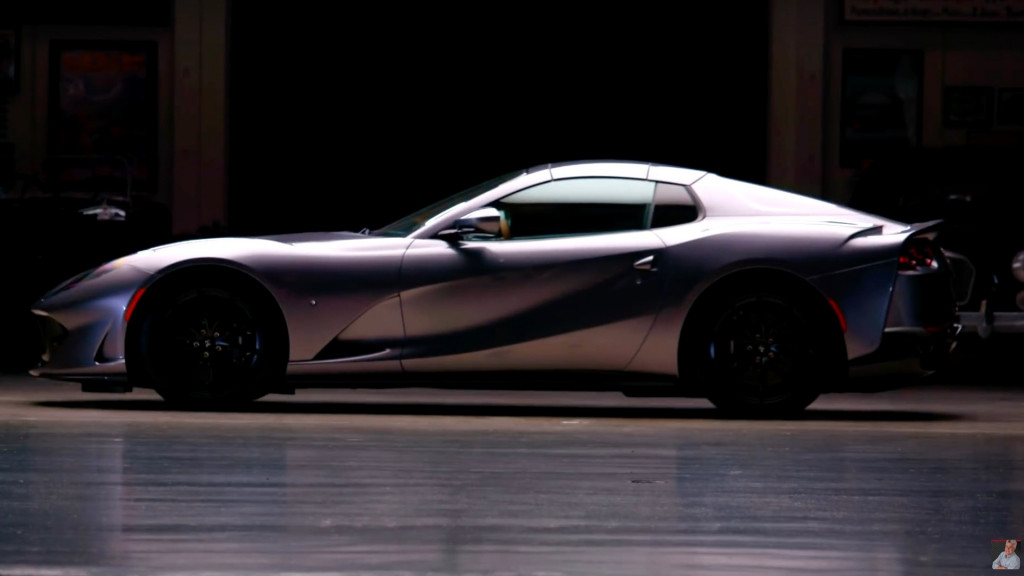 When it was unveiled in 2019, the 812 GTS was the first V-12 Ferrari convertible since 2014's limited-edition F60 America. In terms of regular production cars, it was the first since the 365 GTS/4 Daytona Spider of the early 1970s. However, Ferrari has since unveiled the 812 Competizione A, a more hardcore targa version with 812 hp.

Leno was impressed by the design, noting that the V-12 front-engine cars are Ferrari's traditional bailiwick. He liked the driving dynamics too, praising the smoothness of the V-12, the comfortable ride, and the handling precision of what is a fairly large car. A four-wheel steering system, shared with the 812 Superfast and originally from the F12tdf, likely helps with that.

A hardcore version of the 812 Superfast is expected to be a swan song for the naturally-aspirated Ferrari V-12. So watch Leno take the 812 GTS for a spin, and listen to that V-12 wail.