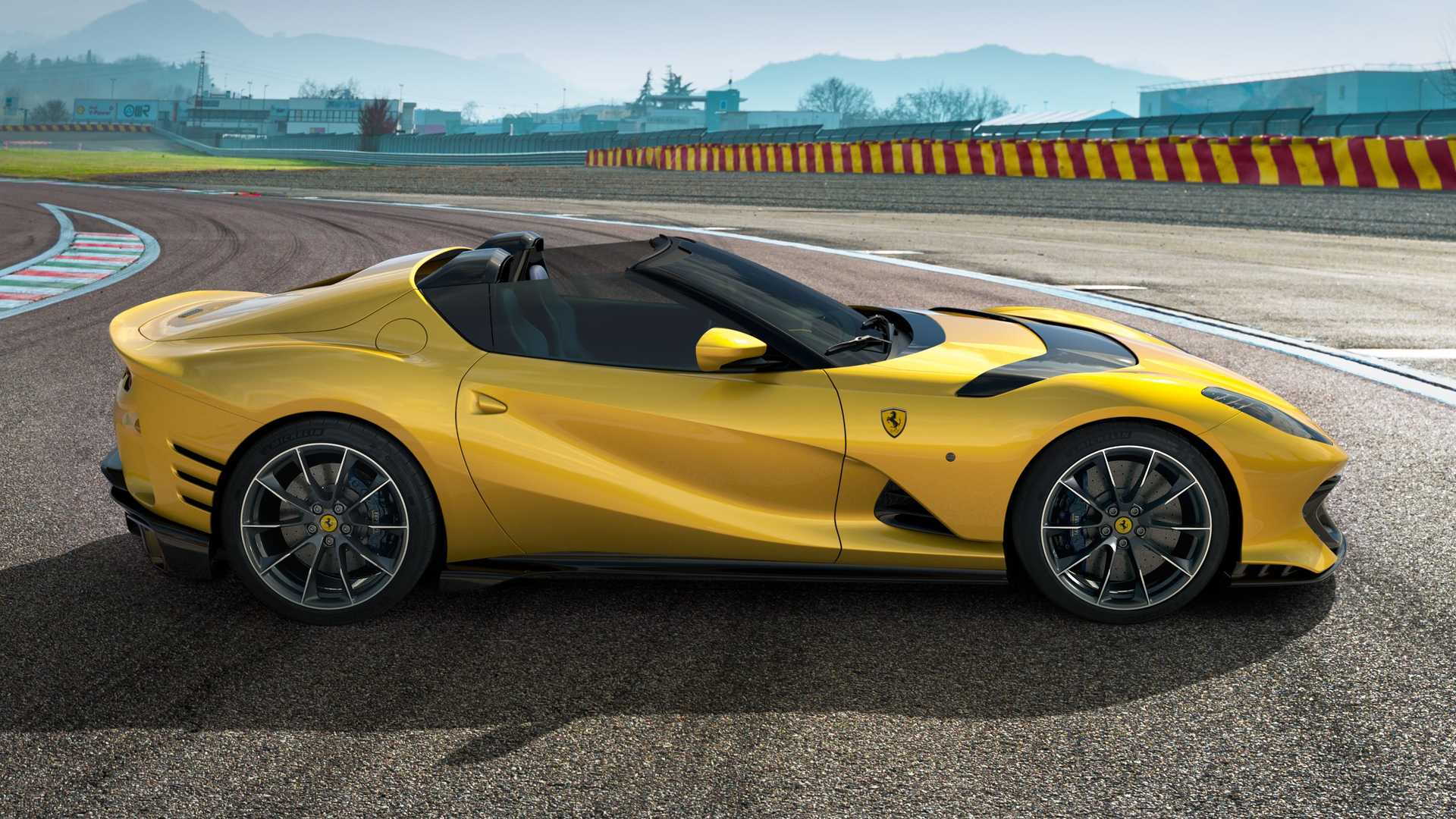 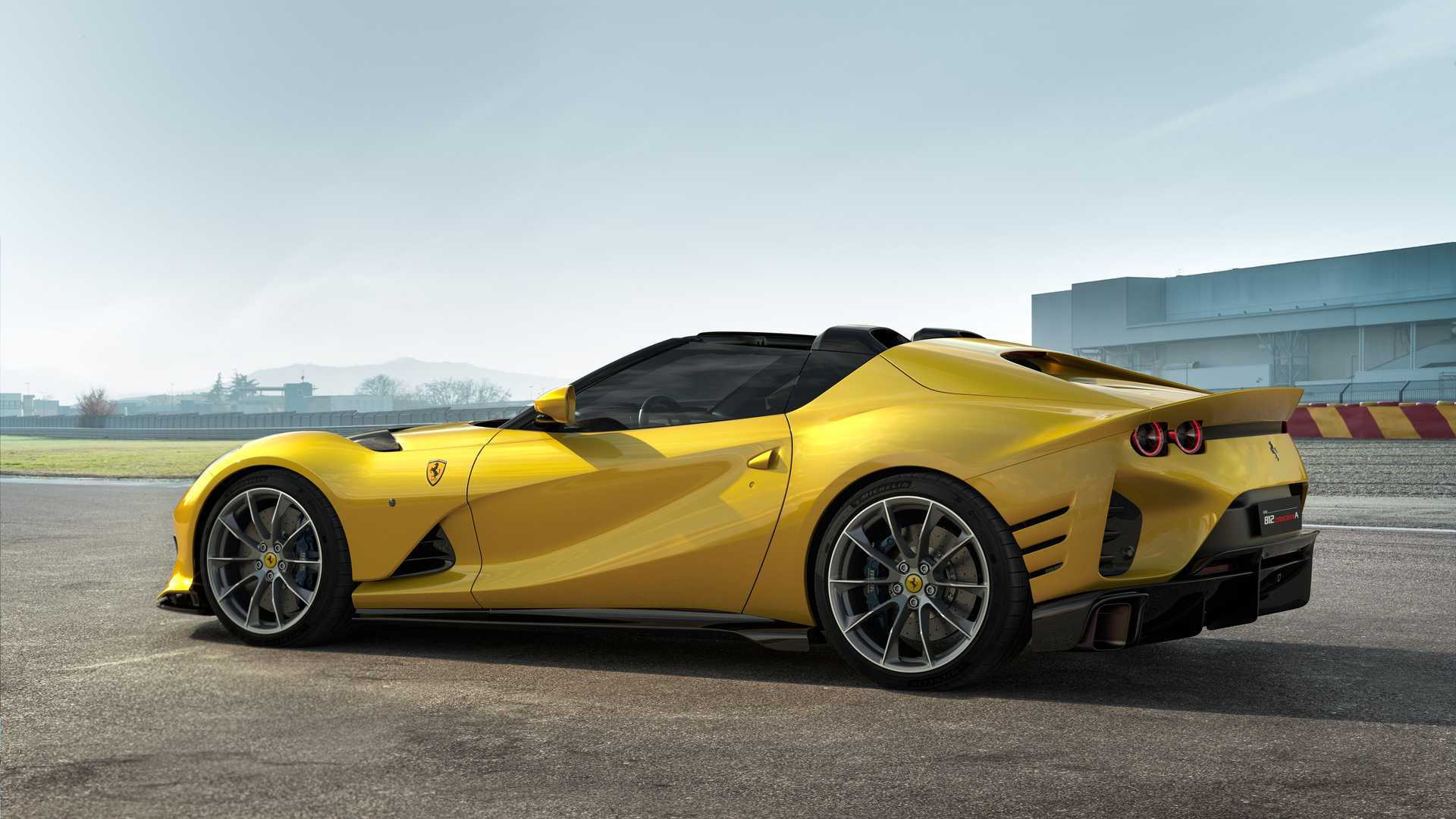 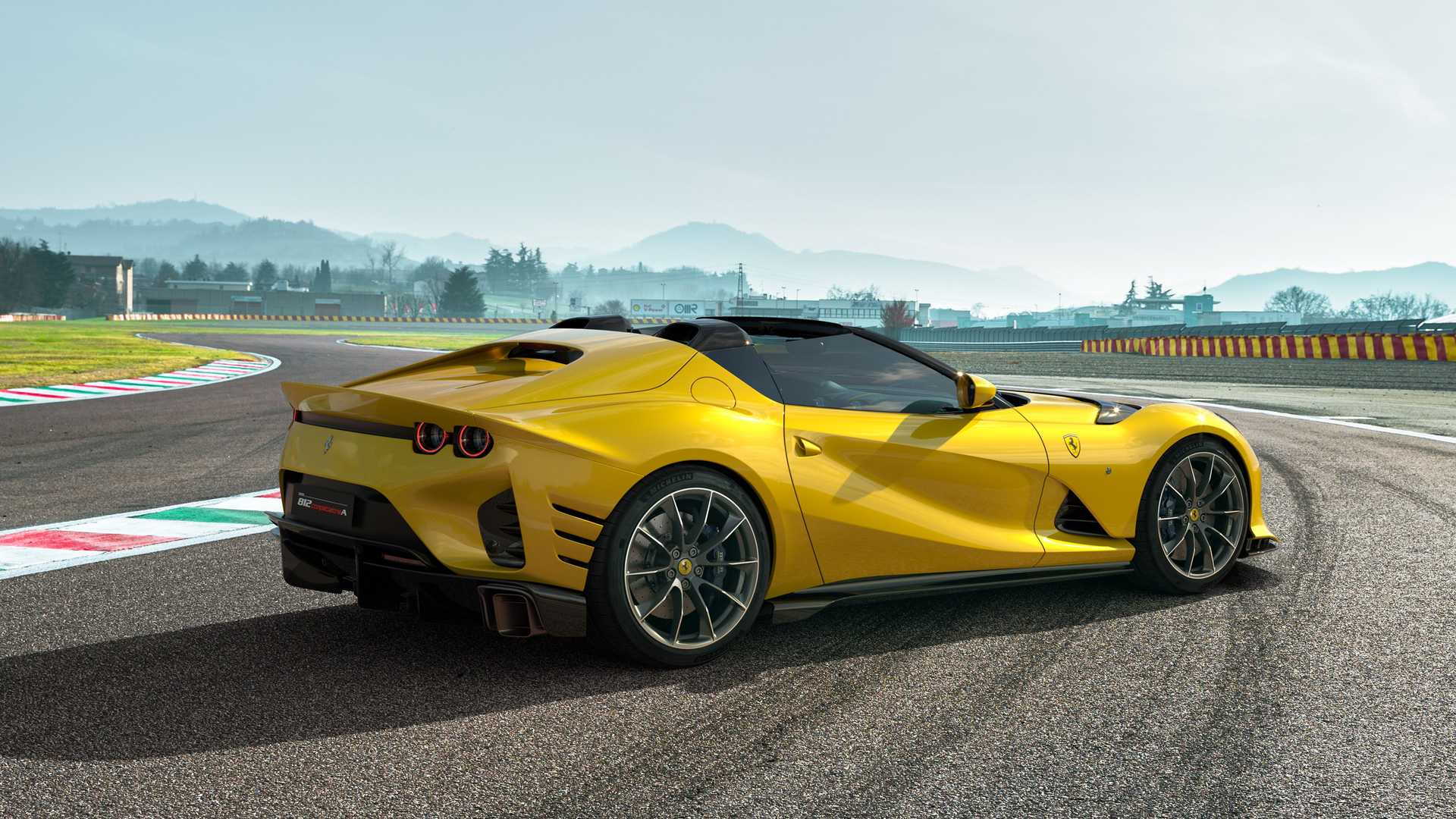 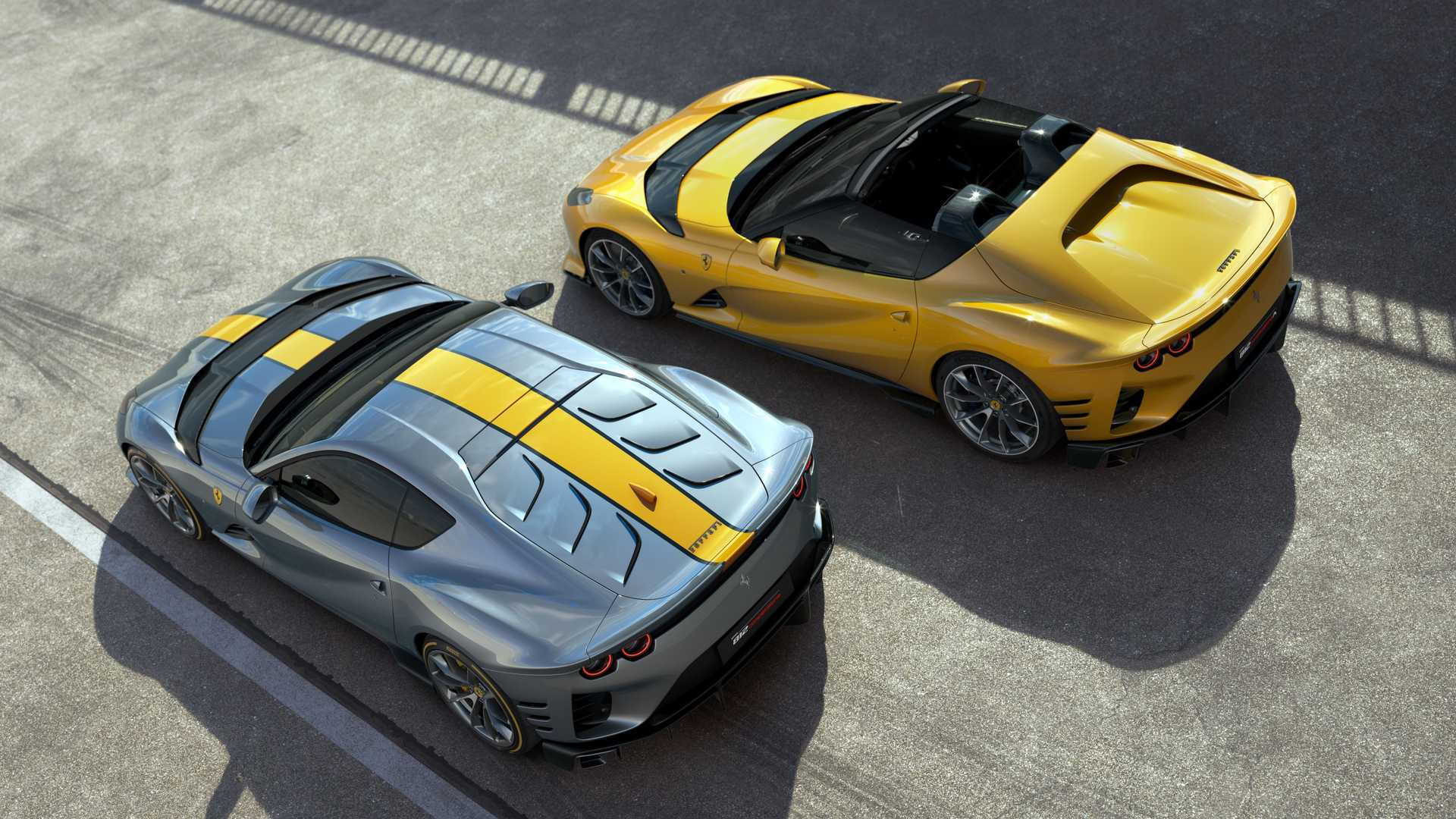 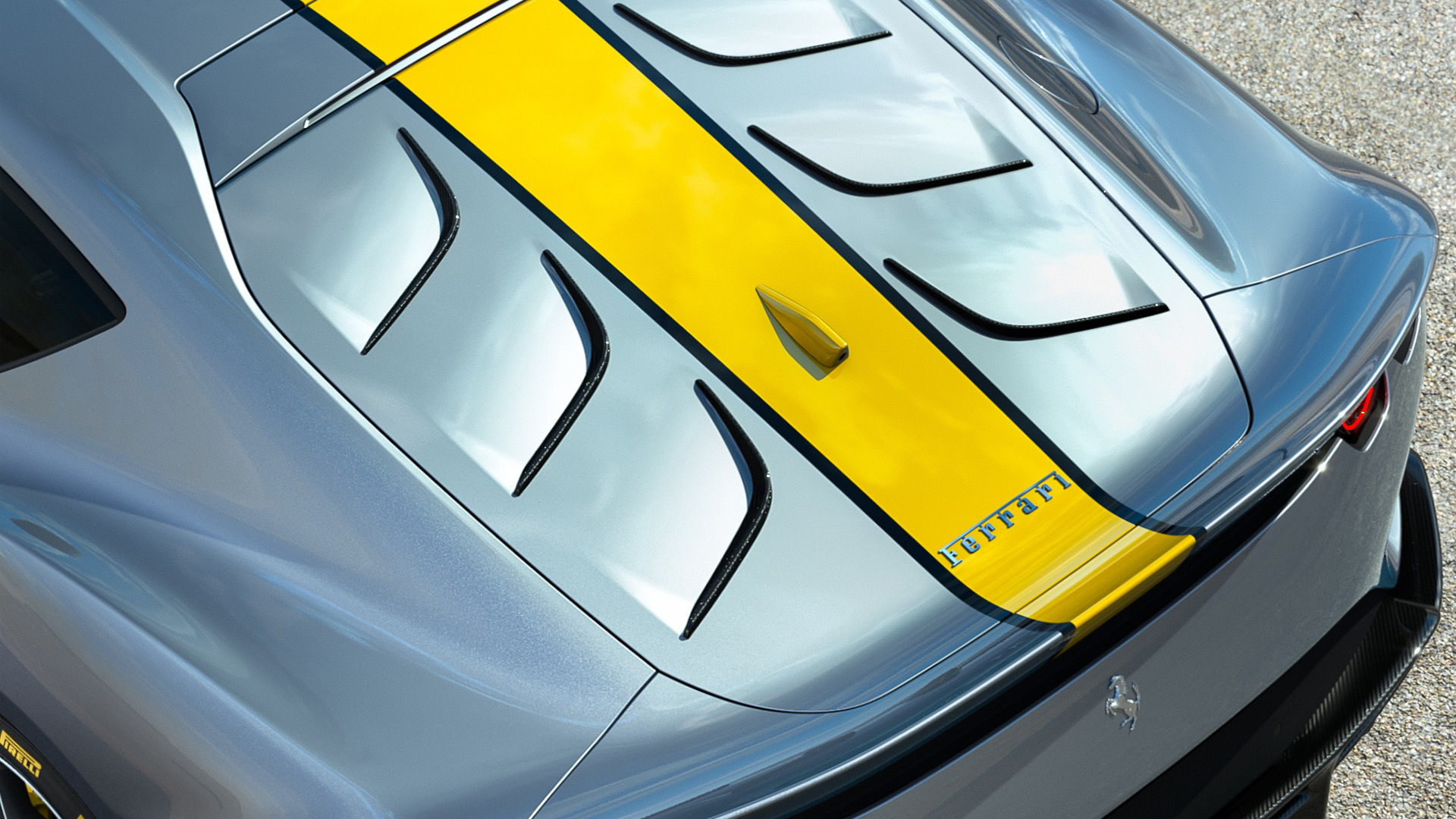 While Ferrari's 812 GTS features a retractable hard-top roof that at a push of a button can go up or down in a mere 14 seconds, the roof on the related 812 Competizione A unveiled on Wednesday is very different.

There's a removable roof panel that needs to be stowed, and instead of a single metal roll bar like on the iconic Porsche 911 Targa, Ferrari has gone with a pair of carbon-fiber roll hoops that jut out behind the seats. It's a concept Ferrari used on its limited-edition J50 from 2016, a car Ferrari called at the time a “blueprint” for future designs.

The roof panel (not shown here) is also made from carbon-fiber and designed in such a way that it connects with the roll hoops to form a seamless unit. There's a storage section at the rear whose shape matches the roof panel, making stowing it easy.

The 812 Competizione coupe also features a standout design. Like the open-top car, the coupe doesn't have a rear windshield. Instead, there's an aluminum panel whose design aids the aerodynamics. Multiple vortex generators, six in total, are integrated with this panel. These are commonly used on the underside of performance cars (the LaFerrari was the first for Ferrari) to boost downforce. In the case of the 812 Competizione, the vortex generators boost downforce—10% more than in the 812 Superfast—by deflecting part of the air flowing over the car toward the sides of the rear spoiler.

To make up for the missing vortex generators on the 812 Competizione A, Ferrari has added a bridge element that connects the flying buttresses that flow out from behind the seats. This bridge also directs air toward the rear spoiler while at the same time compensating for the increased drag normally caused by a targa-style roof.