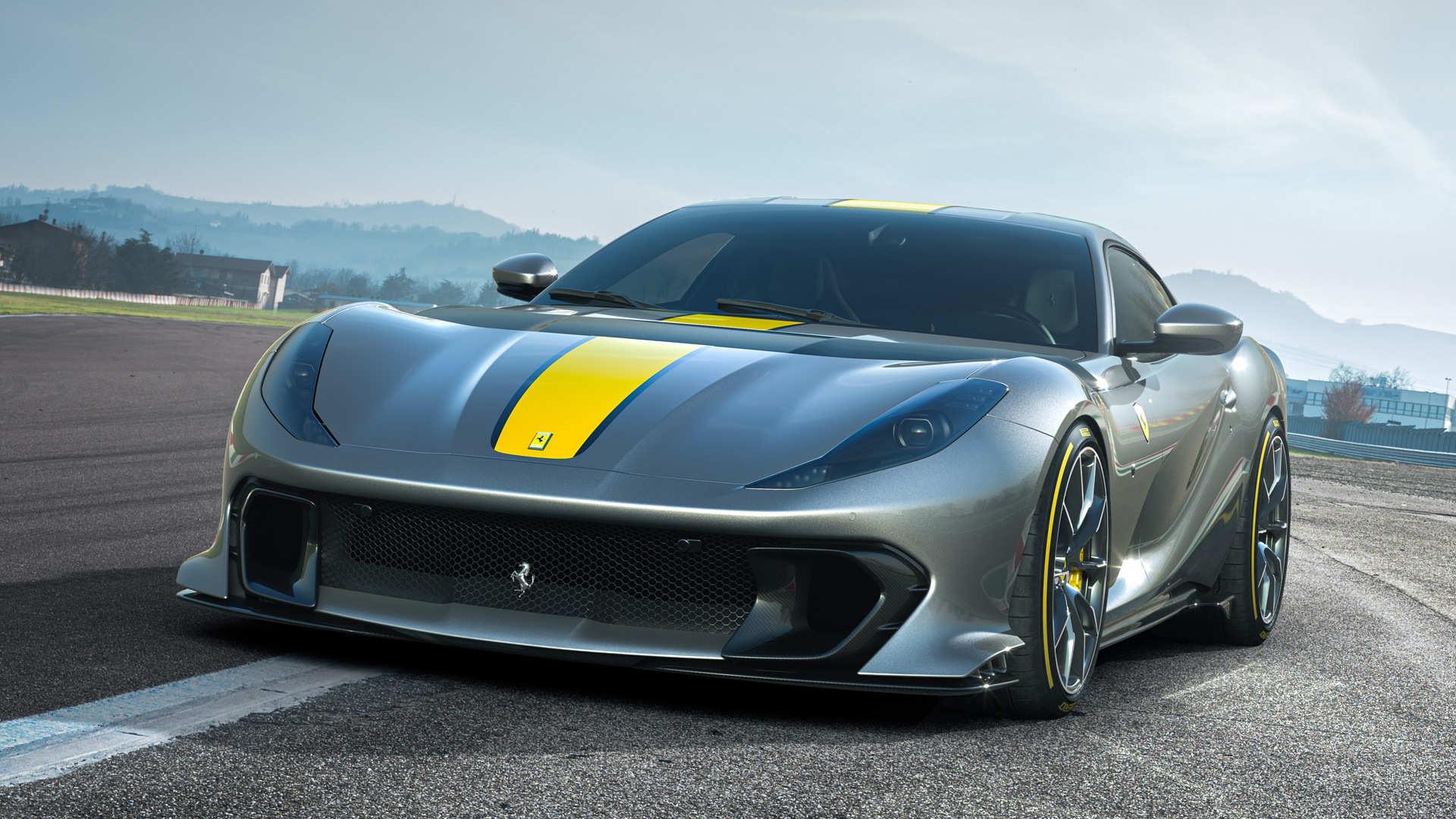 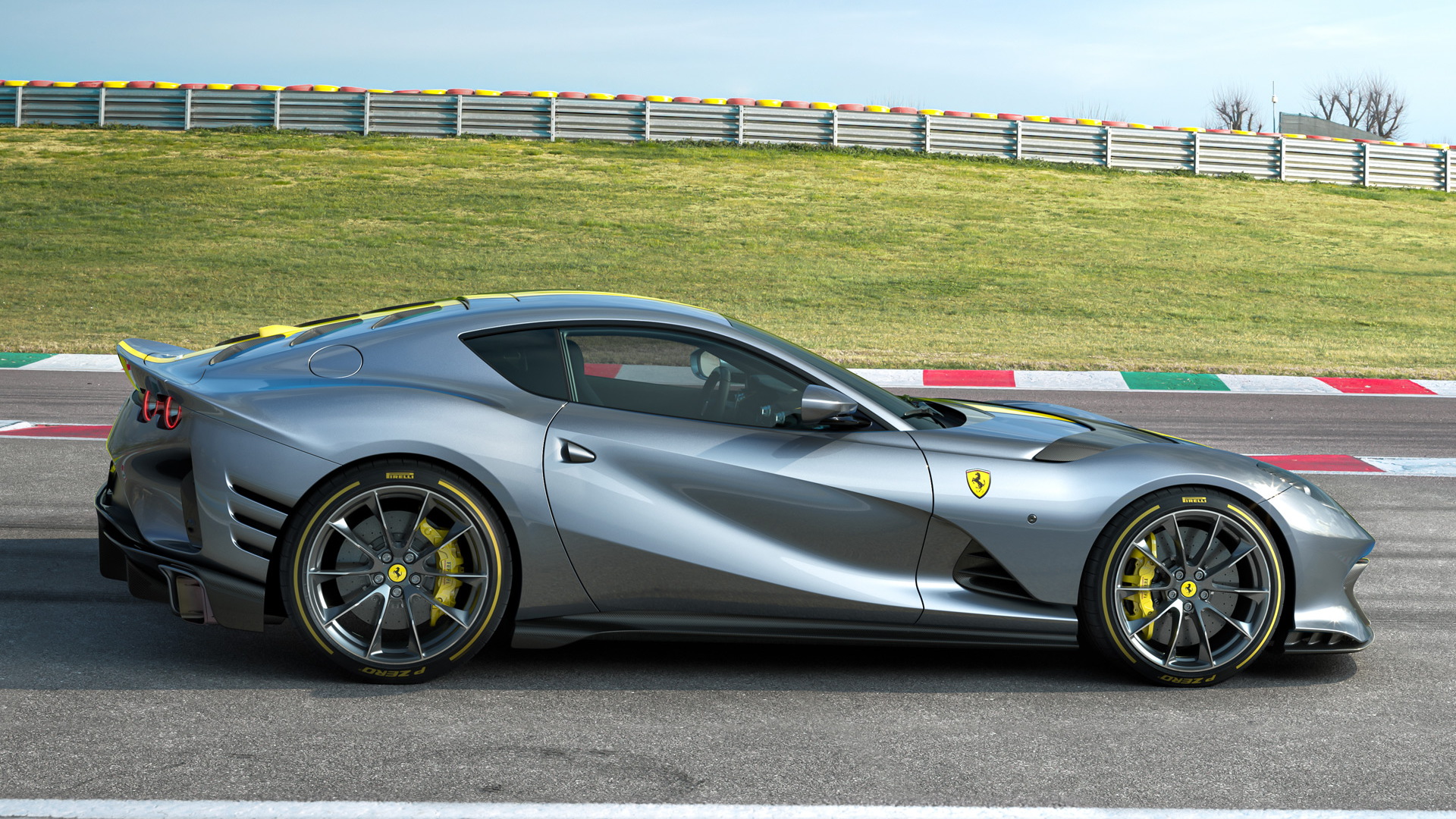 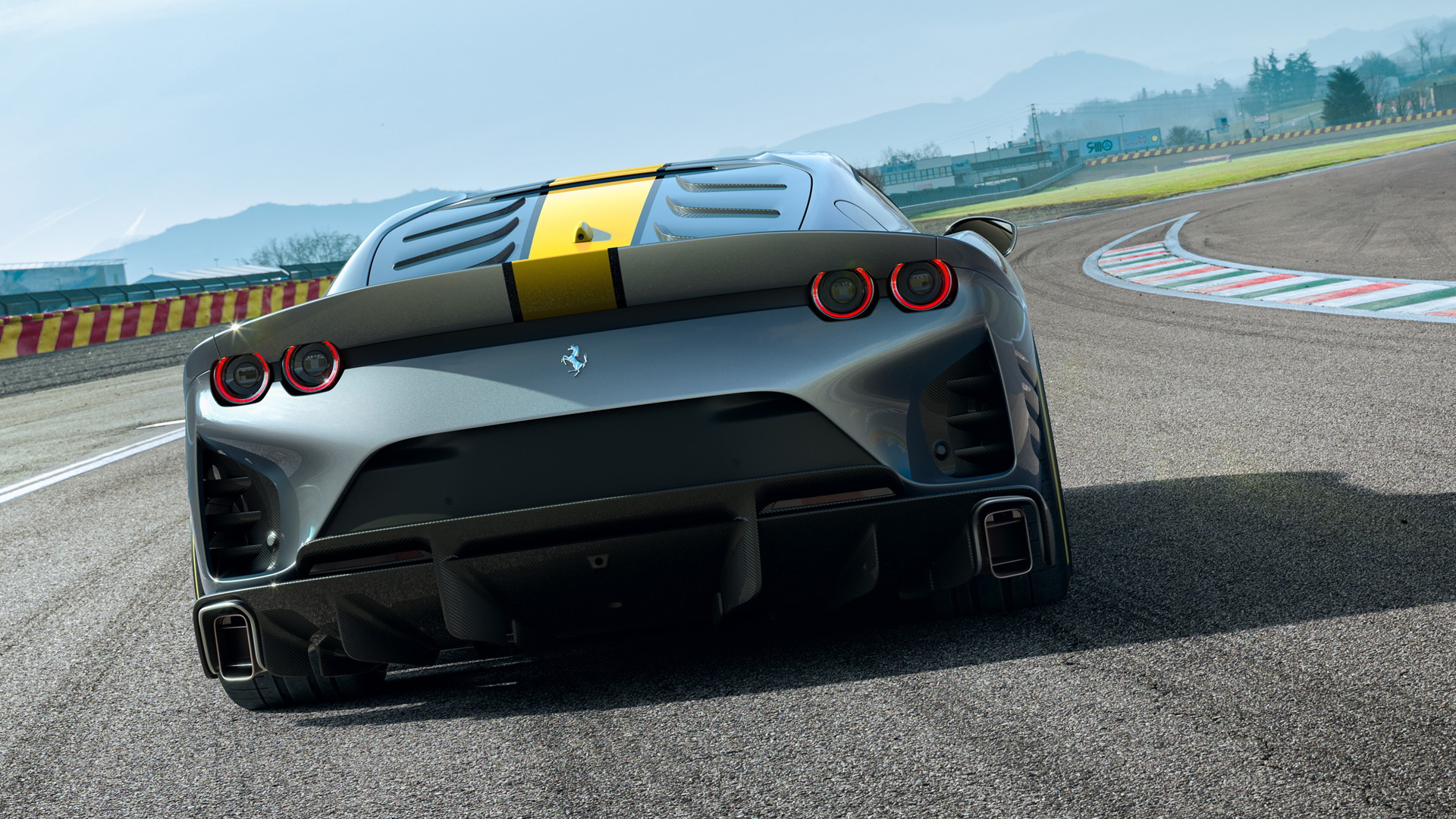 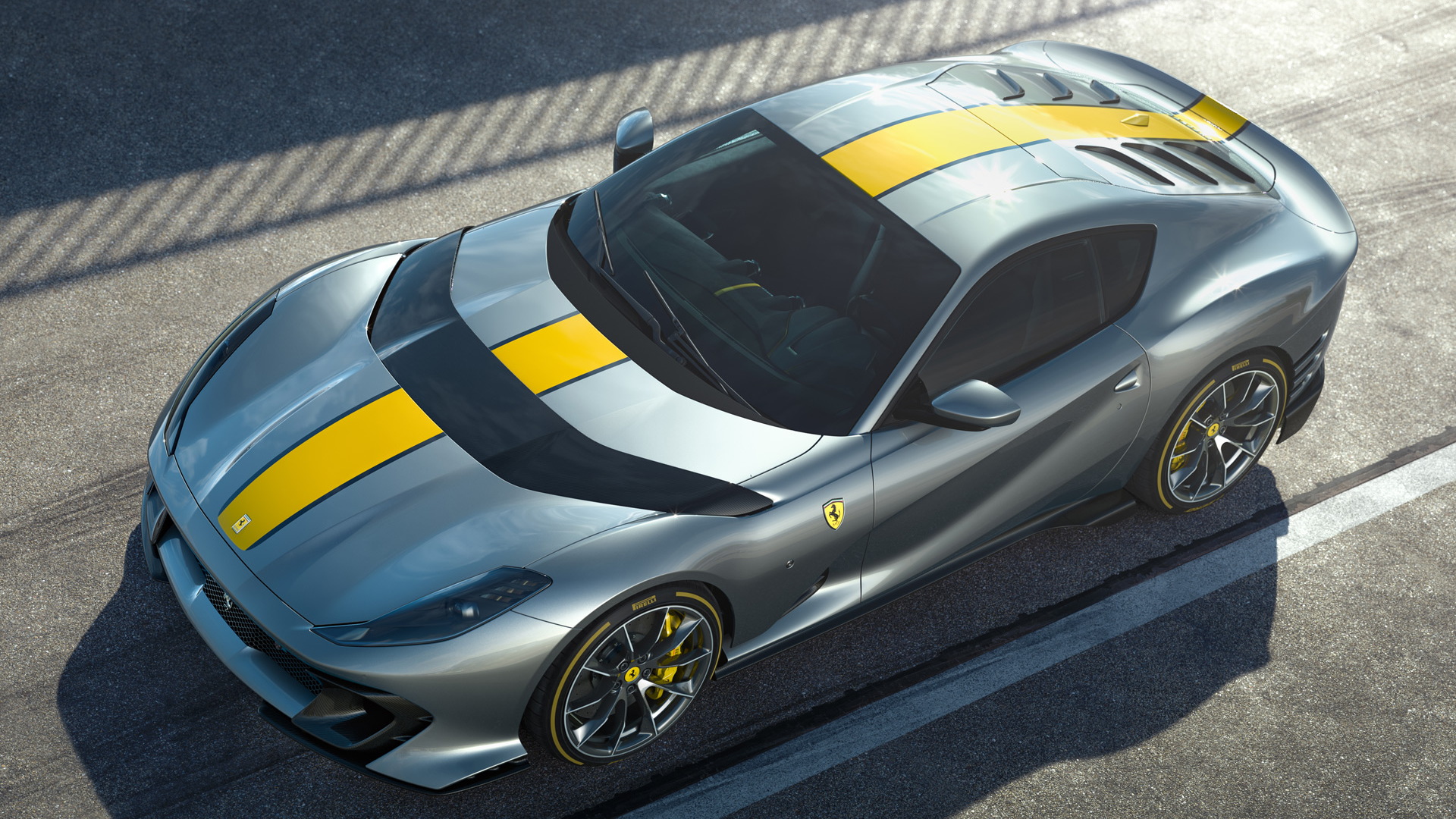 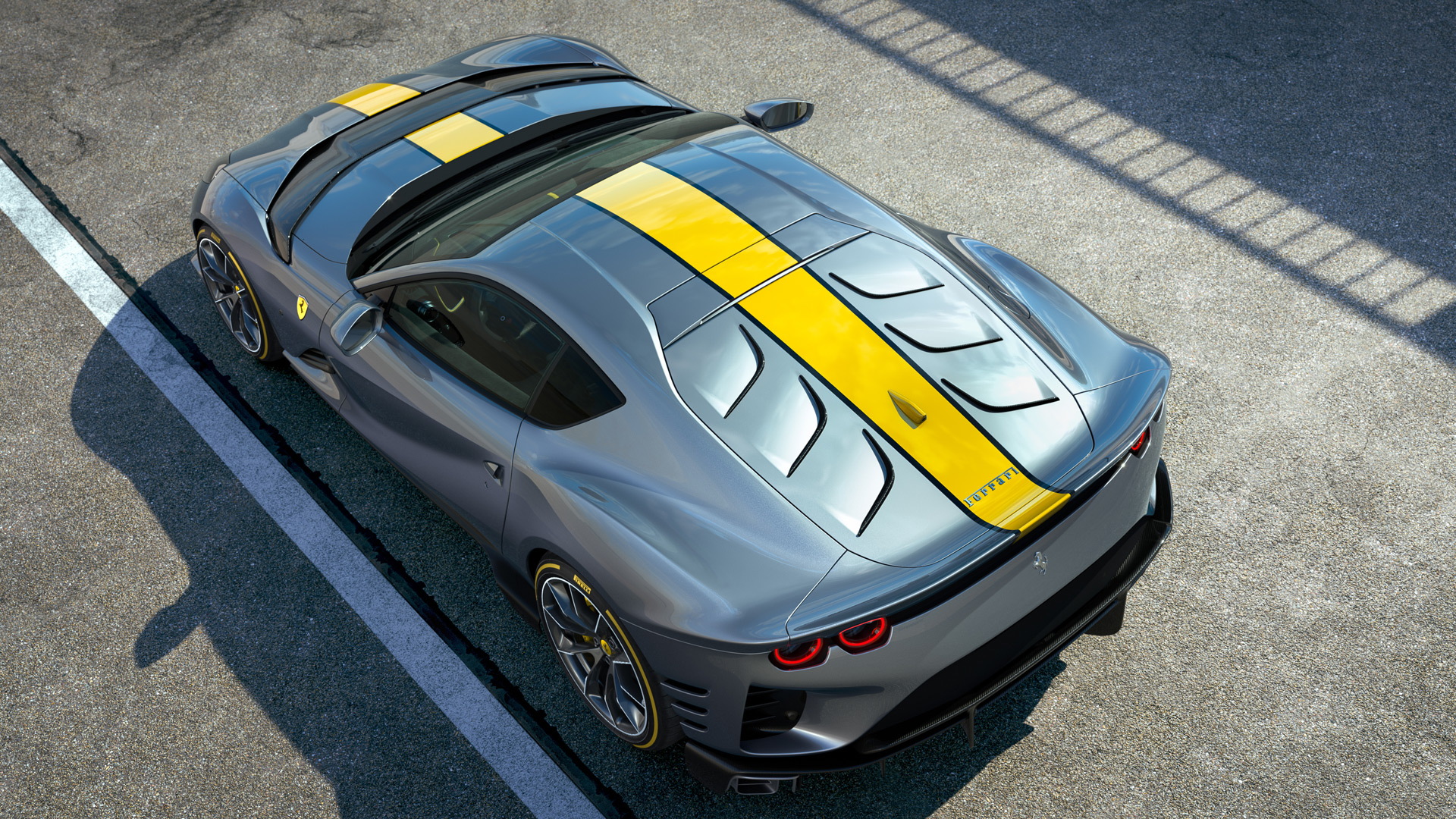 Ferrari on Wednesday revealed in full its new hardcore version of the 812 Superfast.

The new edition to the Prancing Horse's lineup likely serves as a sendoff for the 812 model line, similar to how Ferrari launched the F12 TDF at the end of the F12 Berlinetta's run. 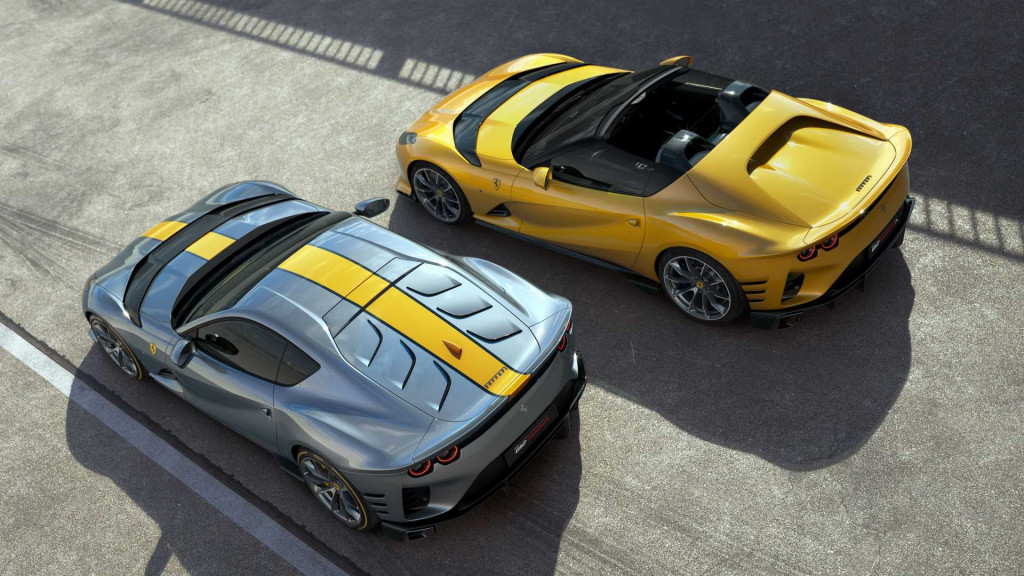 It's powered by a version of the 6.5-liter naturally aspirated V-12 found in the 812 Superfast, tuned here to deliver a peak 819 hp at 9,500 rpm. The V-12 in the Superfast delivers 789 hp at 8,500 rpm. The new output is the highest of any internal-combustion engine fitted to one of Ferrari's road cars. There's also a peak 510 lb-ft of torque, which is up 19 lb-ft on the Superfast, and drive is to the rear wheels via a 7-speed dual-clutch transmission whose shift times are claimed to be 5% quicker than in the Superfast.

The extra oomph is courtesy of a new valve timing mechanism, exhaust system (with square-shaped tips and particulate filter), and of course the higher revs. Performance claims include a 0-62 mph time of 2.85 seconds and a top speed of 211 mph.

Naturally, there are some chassis upgrades to complement the new V-12. In addition to all-wheel steering, Ferrari has added a new version (7.0) of its Side Slip Control technology. The feature constantly analyzes the car’s slip angle and compares it with a target value based on speed, grip levels and other metrics. It then optimizes torque distribution to make the car easier to handle at the limit. 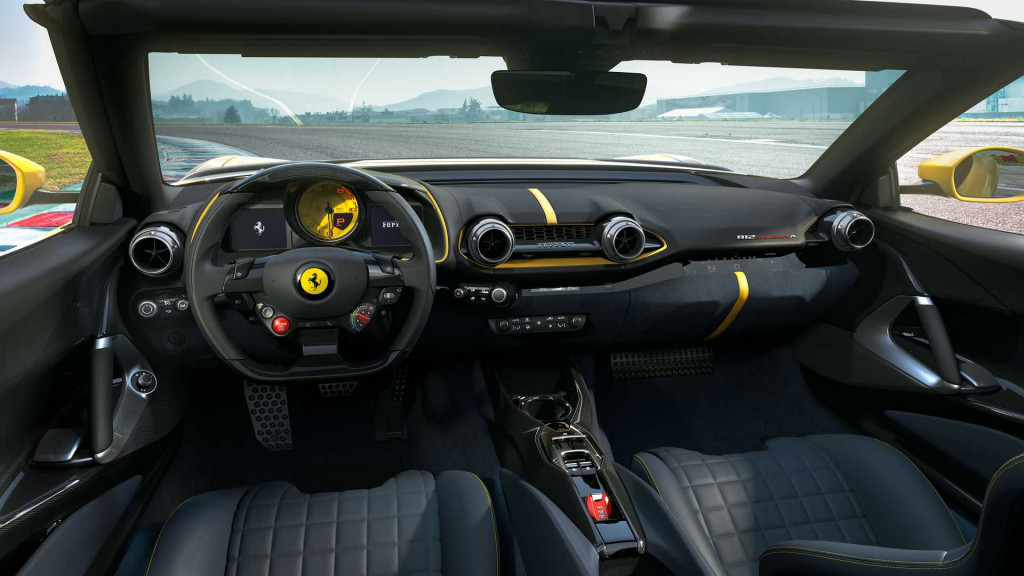 Ferrari also managed to reduce weight over the regular 812 Superfast thanks to increased use of carbon fiber on the body and in the cabin, though the car isn't exactly light at 3,278 pounds, and that's a dry figure. Ferrari also improved the levels of downforce via the new front fascia, rear diffuser, and rear screen which boasts multiple vortex generators.

Interestingly, there are rumors the 812 Competizione could be the last V-12-powered Ferrari without electrification or turbocharging, which would make it quite the collectable.

But it isn't the only new Ferrari potential buyers can look forward to. A new V-6-powered model is rumored to appear later this year and the Purosangue crossover is also coming either late this year or early next. The automaker is also thought to be out testing early mules for a LaFerrari successor—a car that will likely be the basis for Ferrari's future Le Mans Hypercar racer.