Ferrari is developing a hardcore version of its 812 Superfast as a likely sendoff for the model line, similar to how the automaker launched the F12 tdf at the end of the F12 Berlinetta's run.

According to Autocar, the hardcore 812 could also serve as a sendoff for Ferrari's V-12 engine in non-electrified or non-turbocharged guise.

Ferrari has made it clear the V-12 is here to stay for the foreseeable future, albeit augmented by hybrid or turbocharging technology to ensure the automaker's fleet can stay on the right side of tightening emission standards.

Ferrari in the past has hinted at hybrid technology as the preferred option for the V-12, with turbocharging relegated to the V-8 and a future V-6 being developed. Recall, Ferrari's LaFerrari hypercar featured a V-12 with a mild-hybrid system. An electrified V-12 is also tipped to be an option for Ferrari's Purosangue SUV due in 2022. 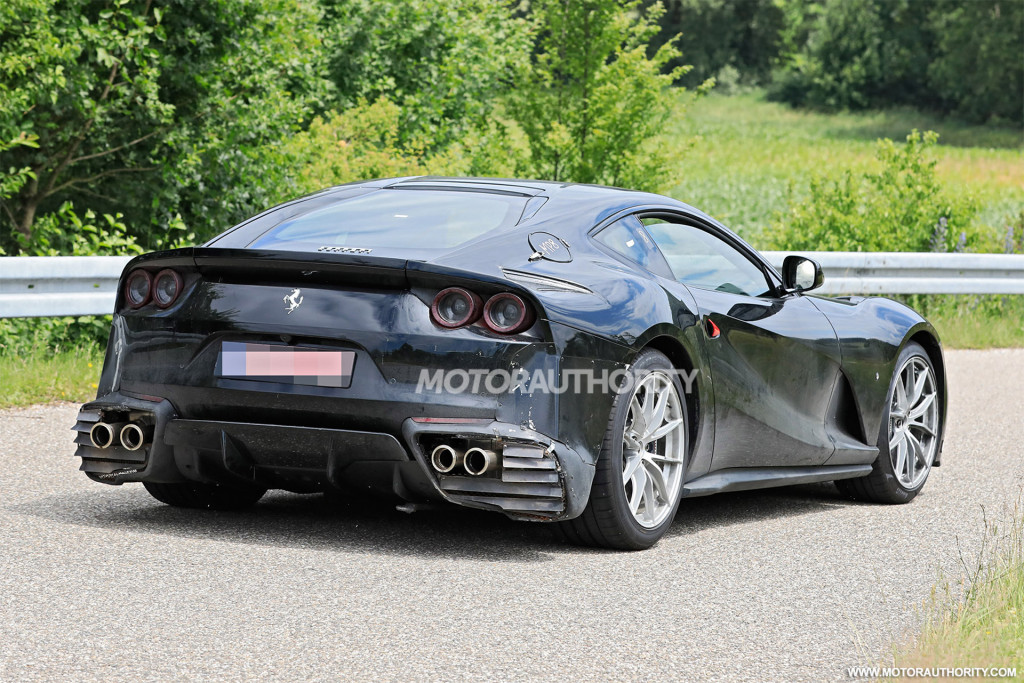 Should Autocar's claims prove accurate, the hardcore 812, which is tipped to be badged a GTO, could become a major target among collectors, just as the 458 Speciale, the last Ferrari with a V-8 sans electrification or turbocharging, has become.

Prototypes for the hardcore 812 were spotted last summer near Ferrari's Maranello headquarters. The car is expected to debut later this year and should boast chassis upgrades coupled with more power than the 812 Superfast's 789 hp.

A production run of 812 units is expected and a convertible option is also a possibility, according to Autocar.

Sadly, there's likely to be a time when no new Ferrari offers an internal-combustion engine of any type. The automaker is already preparing for this future with a battery-electric model due around the middle of the decade.