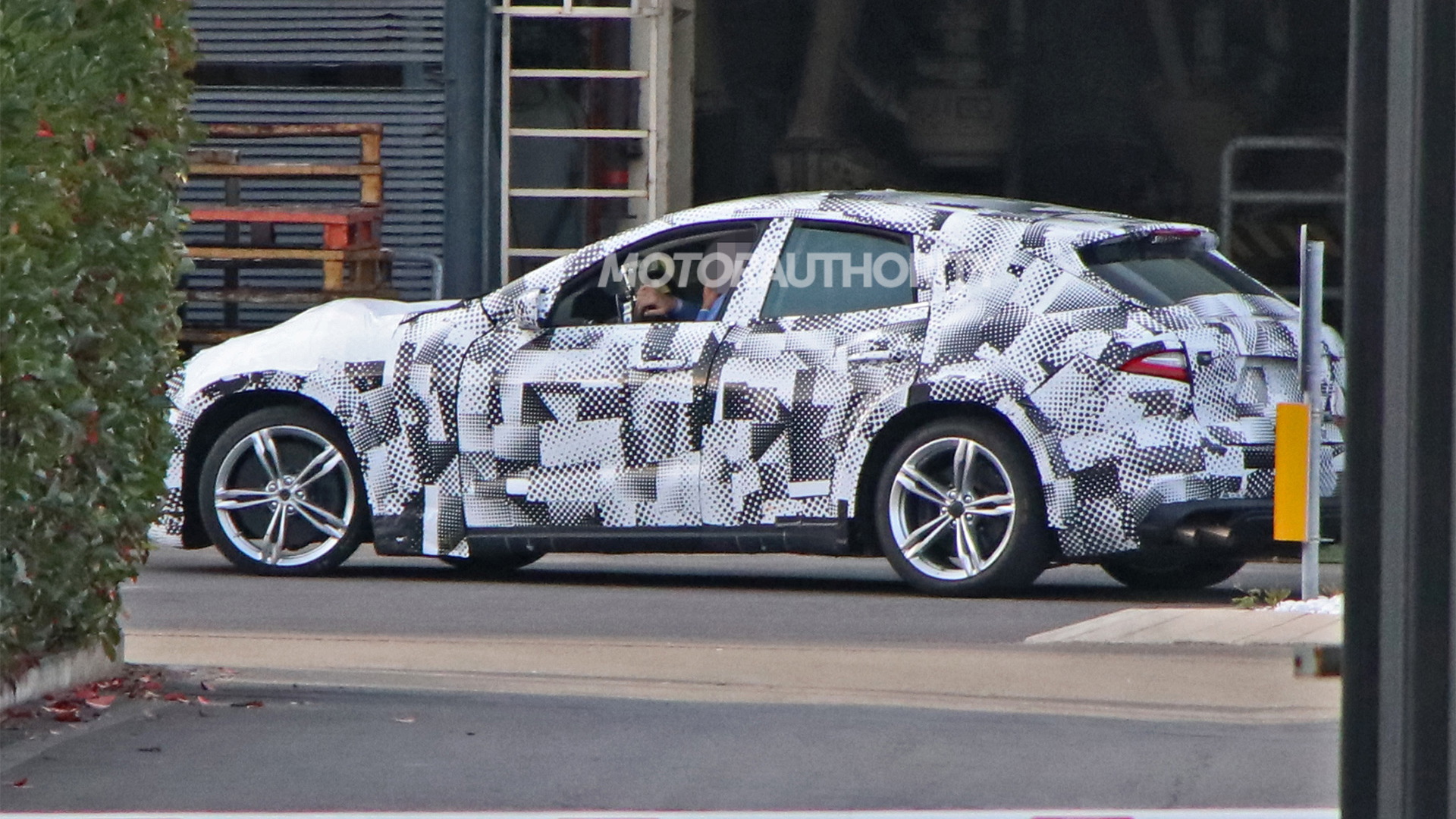 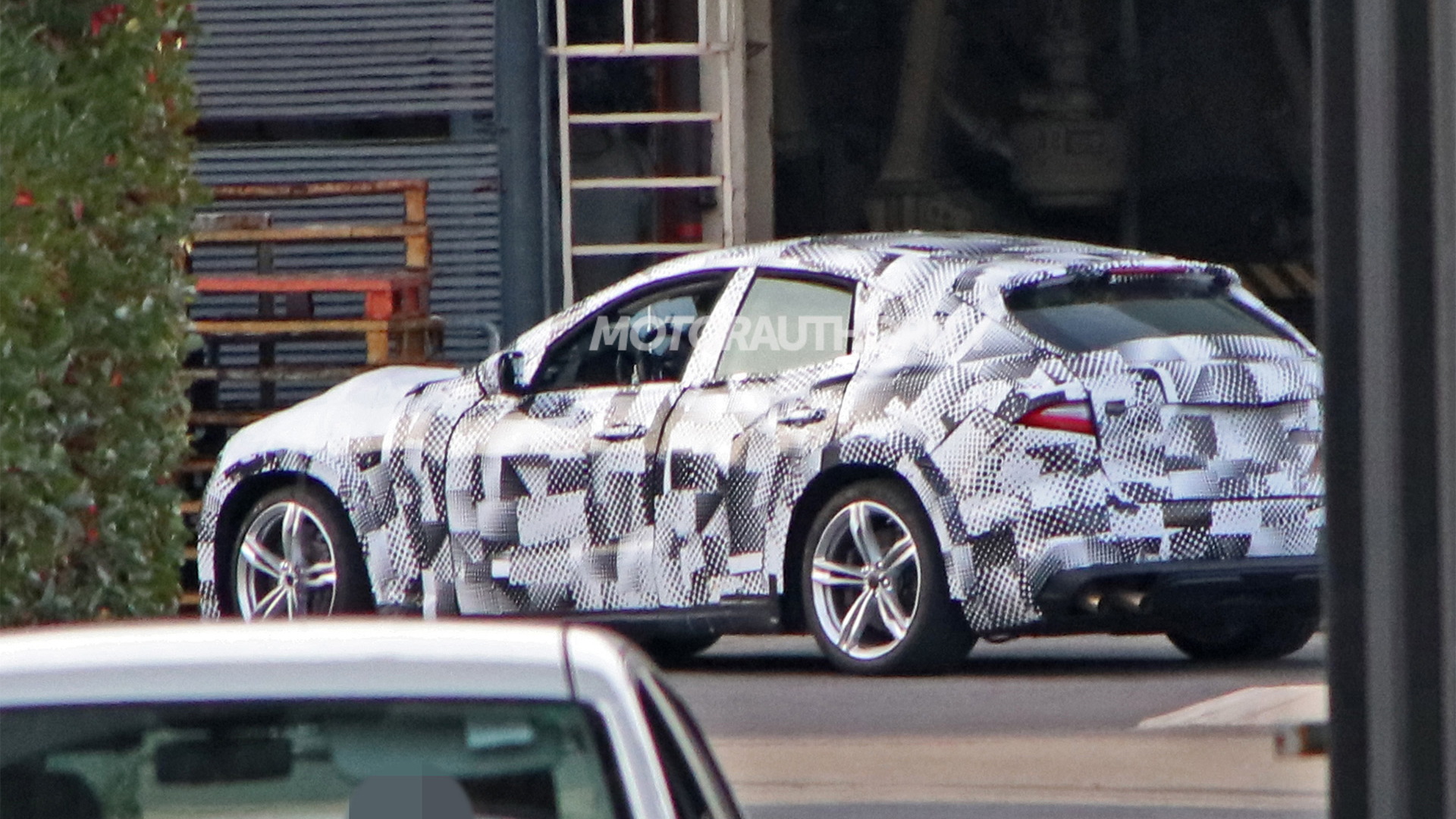 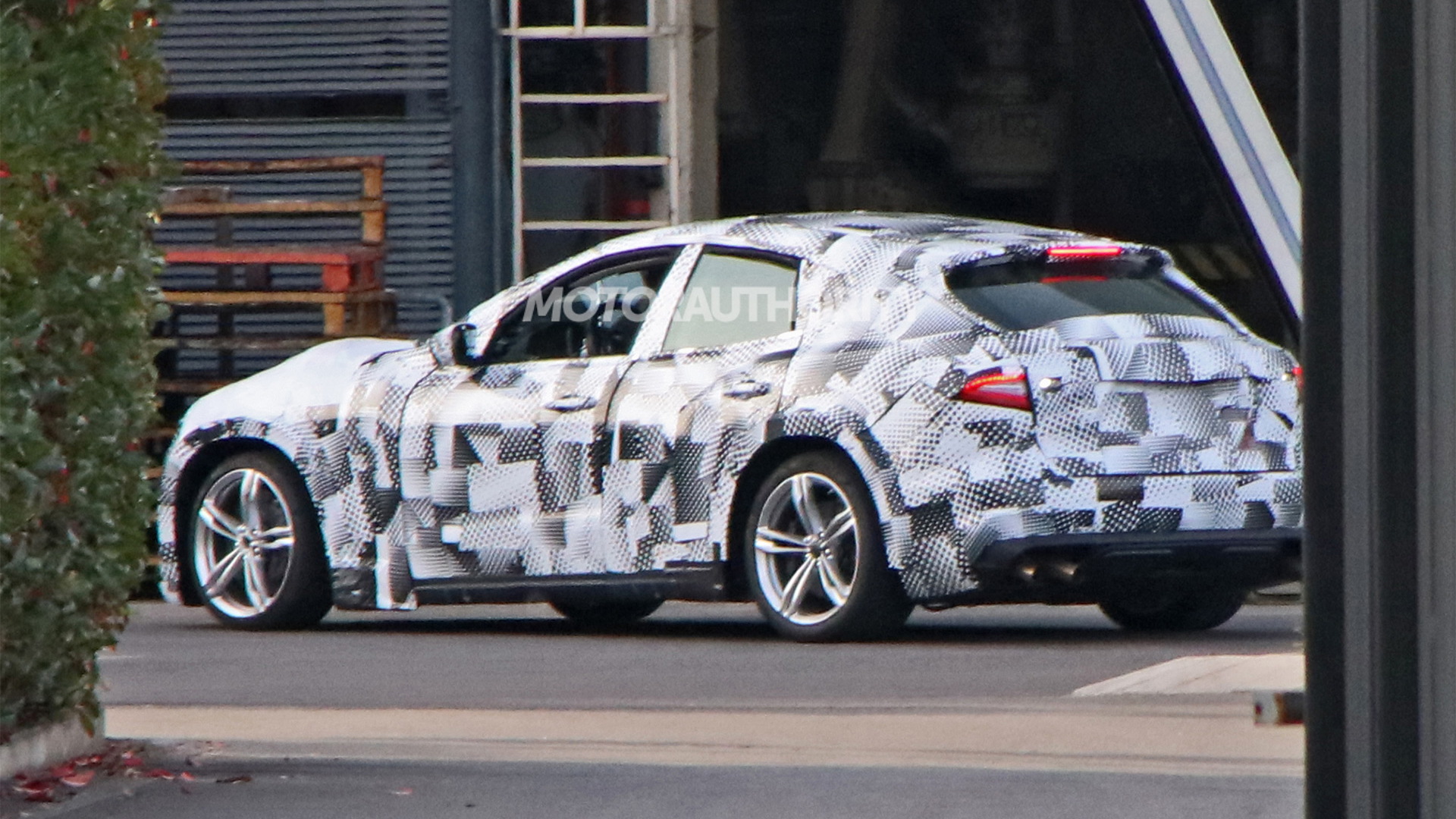 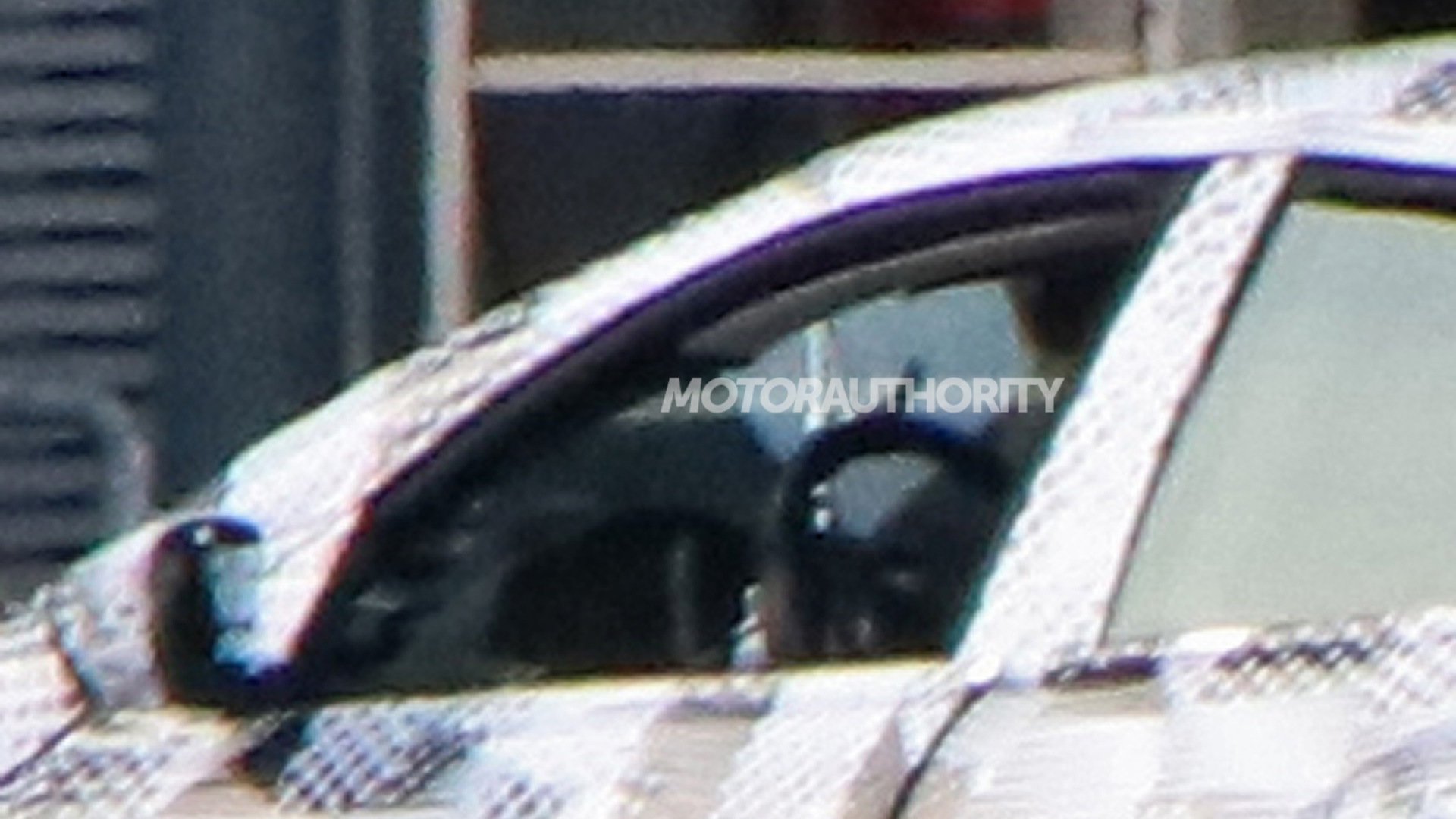 An early tester for Ferrari's Purosangue SUV has been spotted within the confines of the Italian firm's Maranello headquarters.

It may look like a Maserati Levante that's been slammed, but there are a number of clues that reveal it as a test mule. For instance, the rear doors are dramatically shorter than on the Levante. The instrument cluster's hood is also different and the section from the tester's A-pillar forward looks to be longer. We also spot large carbon-ceramic brake rotors.

Ferrari CEO Louis Camilleri revealed the Purosangue name for the SUV back in 2018, Italian for “thoroughbred,” and said at the time the vehicle won't reach the market in 2020 like his predecessor, Sergio Marchionne, had envisaged. Camilleri stressed that the controversial addition to Ferrari's lineup needs to be absolutely “perfect,” meaning it's development won't be rushed.

Underpinning it will be a new front mid-engine platform Ferrari is developing for its future grand touring models, like replacements for the Portofino, Roma and 812 Superfast. The platform will complement a new mid-engine architecture also in the works.

Both platforms will incorporate hybrid technology but the front mid-engine platform will also allow for the possibility of a non-electrified all-wheel-drive system and two rows of seats for a maximum of four seats. The front mid-engine platform will also feature a transaxle transmission, specifically a dual-clutch unit, for better weight balance and packaging.

The engine is expected to be an updated version of the 3.9-liter twin-turbocharged V-8 fitted to the GTC4 Lusso T. Count on horsepower coming close to the GTC4 Lusso T's 610 horsepower and 560 pound-feet of torque. Plug-in hybrid technology will also feature and may be standard on the Purosangue.

It isn't clear what the SUV will look like but we've previously heard it will come with four doors. The rear doors might possibly end up as suicide-style doors similar to those used on the Mazda RX-8 sports car, which would allow Ferrari’s design team to preserve a sporty coupe-like side view.

Since we're only at the test mule stage, it could be another six months to a year before the first prototypes wearing the Purosangue's actual body hit the road. The reveal should take place in 2022, meaning the vehicle will likely end up on sale as a 2023 model.

The Purosangue is just one of several models Ferrari will introduce by the end of 2022, some of which will be powered by a new V-6 engine. Beyond this date, Ferrari will finally introduce its successor to the LaFerrari—which may already be out testing.