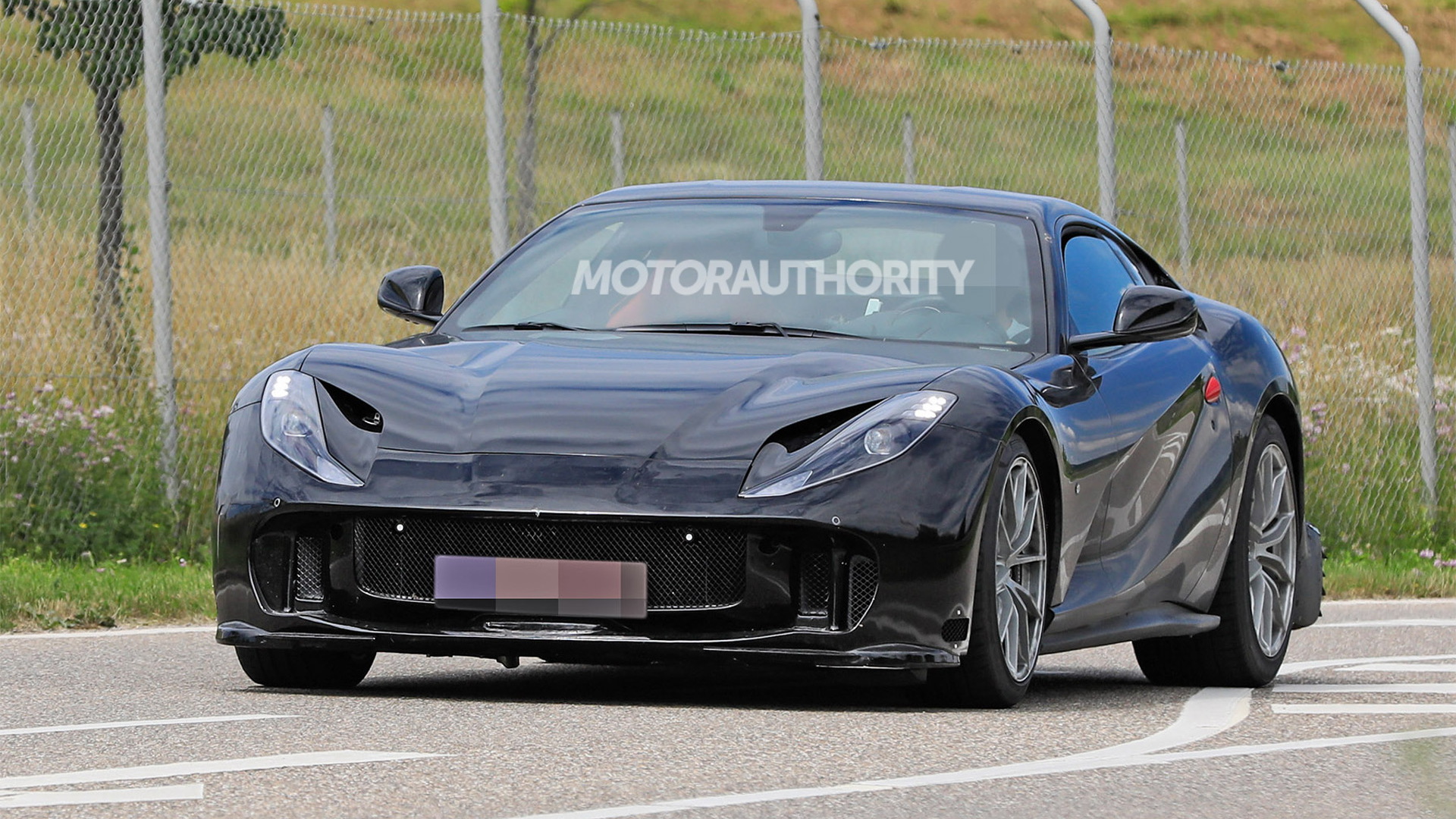 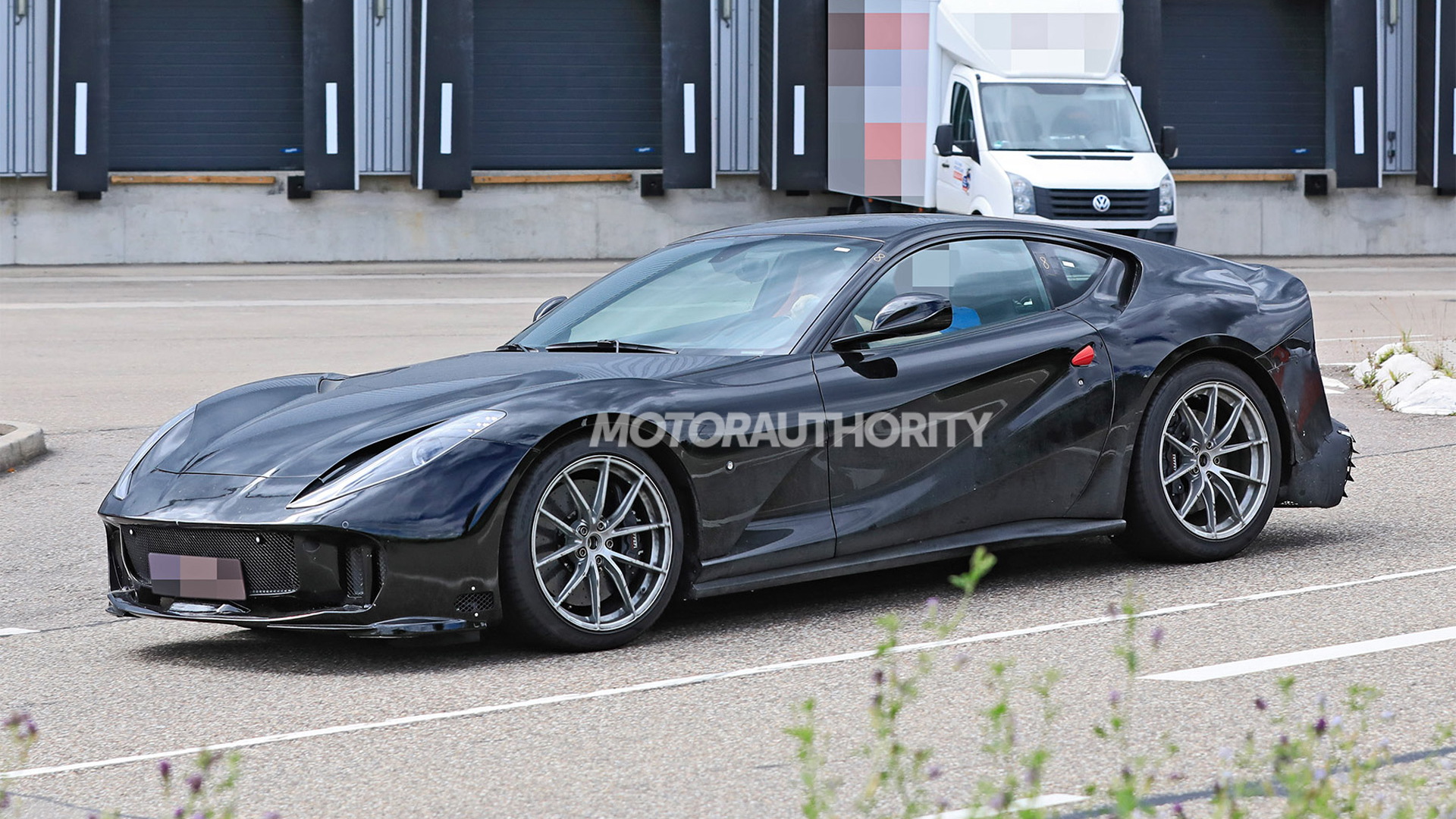 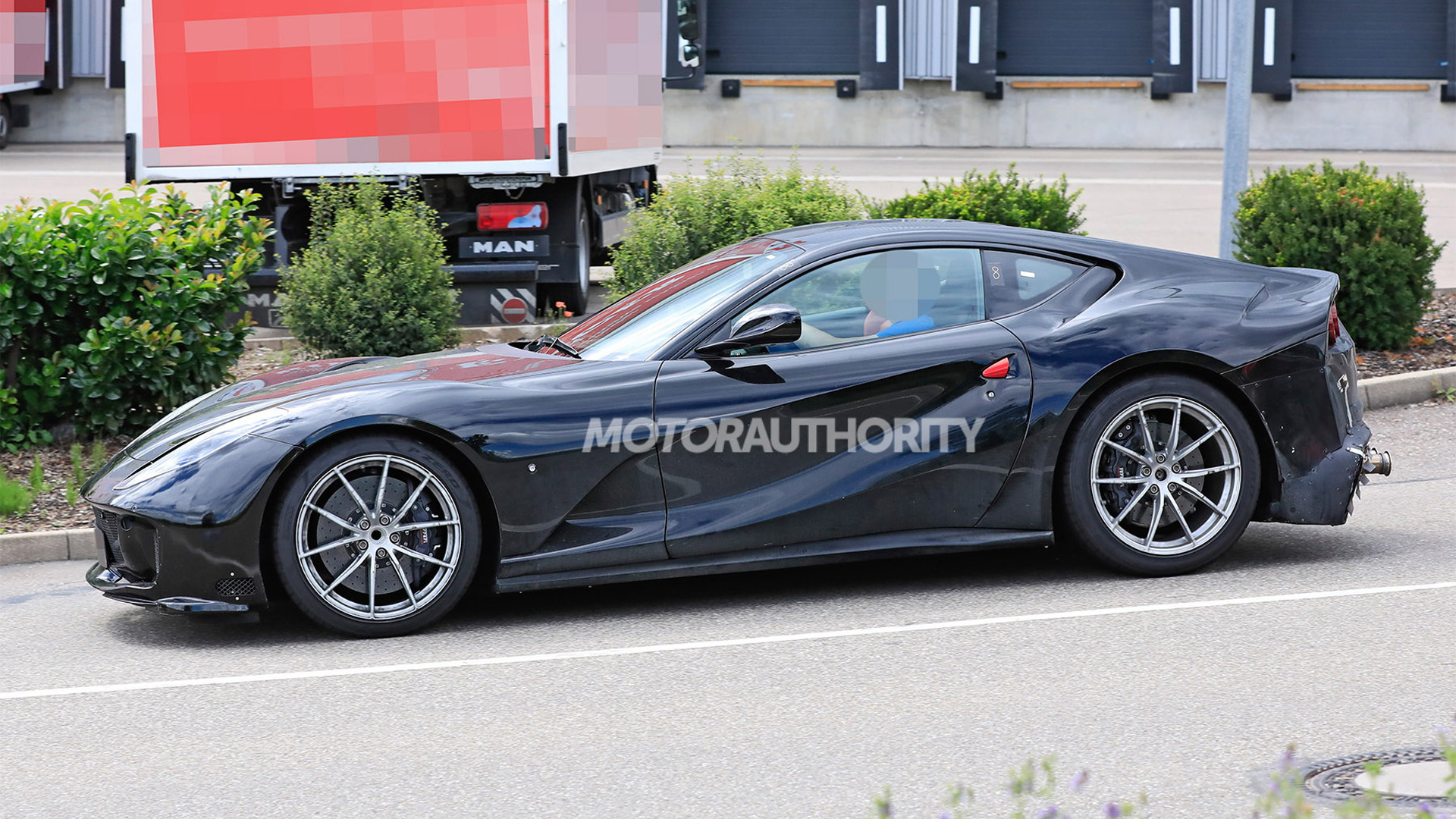 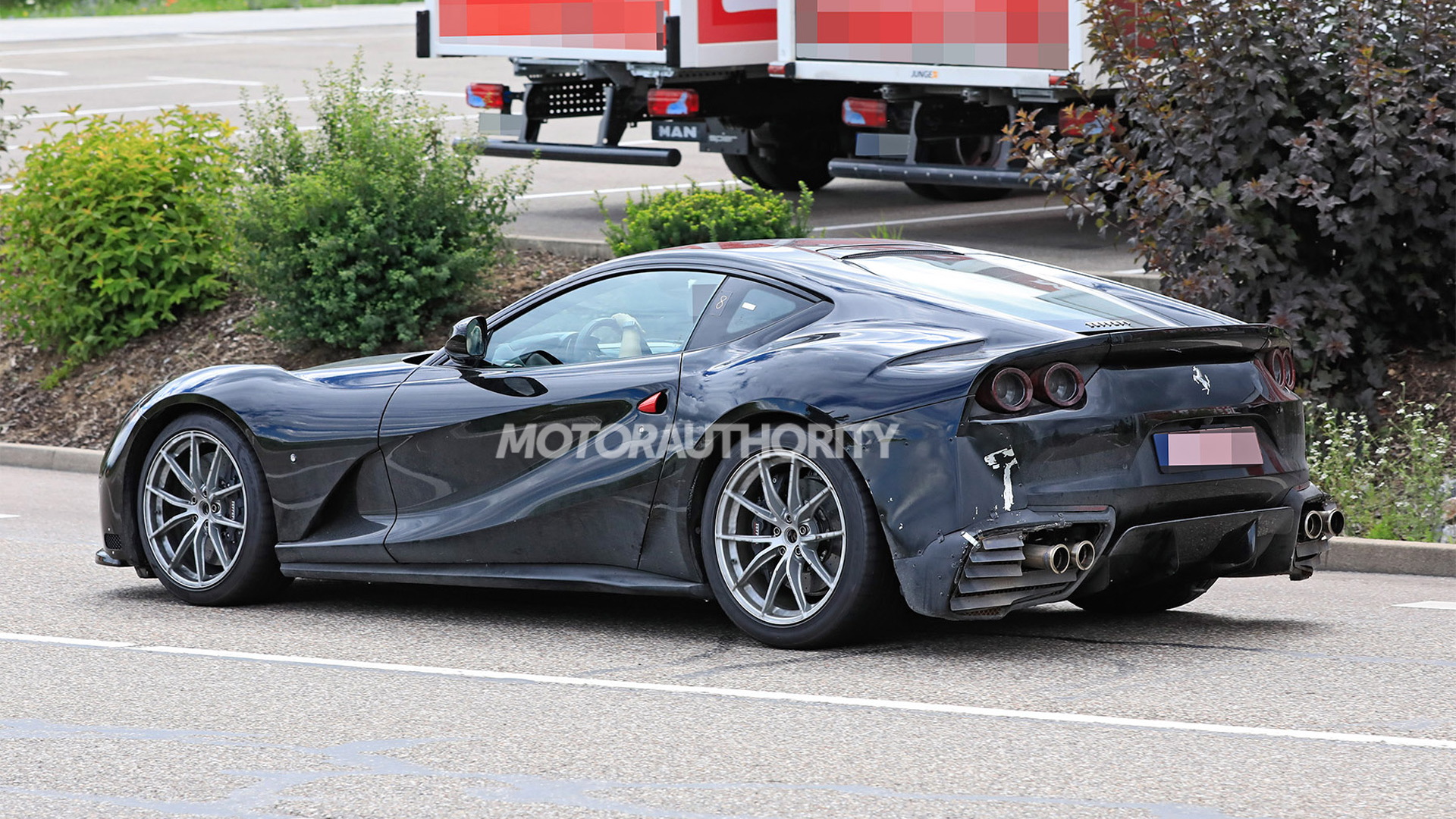 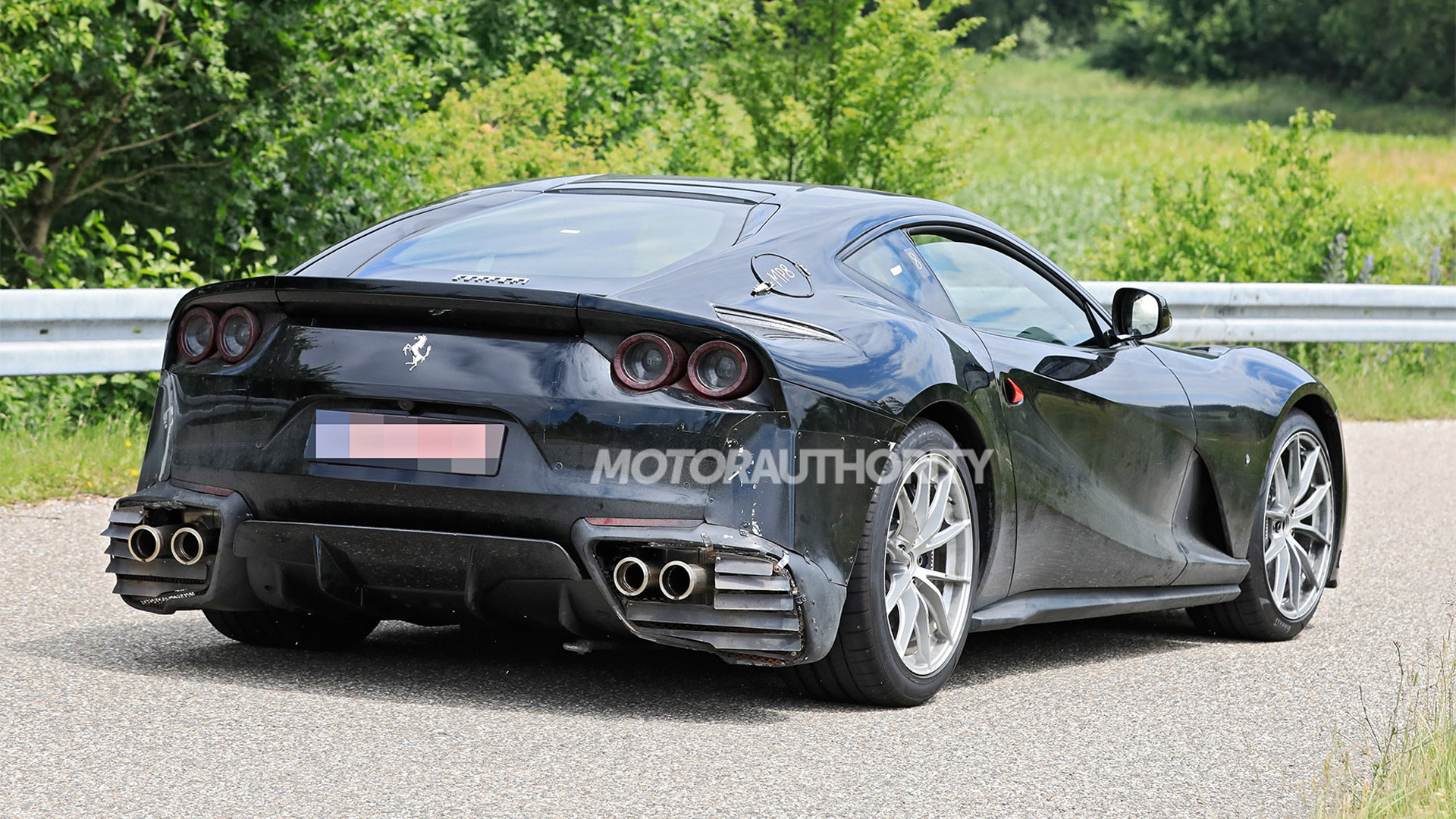 Ferrari is out testing what's likely to be an early prototype for a hardcore version of the 812 Superfast.

The Italian automaker tends to launch such variants toward the end of a model's life cycle. Prior to the arrival of the 812 Superfast, Ferrari sent out the F12 Berlinetta with the F12 tdf.

It isn't clear what a hardcore 812 Superfast will be called but a revival of Ferrari's GTO badge is a possibility. It was last used on the 599 GTO which was the hardcore version of the 599 GTB.

Compared to the regular 812 Superfast, this prototype looks to have a new front fascia with larger intakes, as well as new rear fascia with a large diffuser and vents around the exhaust tips.

Expect any hardcore 812 Superfast to also feature extra power and new chassis mods. The 812 Superfast generates 789 horsepower and 530 pound-feet of torque from a 6.5-liter V-12.

Given the crude finish of the new elements fitted to this prototype, we're likely at a very early stage of development. Ferrari tends to redesign or update its models every five years or so, and with the 812 Superfast arriving in 2017 and due to bow out at the end of 2022, this hardcore variant will likely arrive in late 2021 or early 2022.