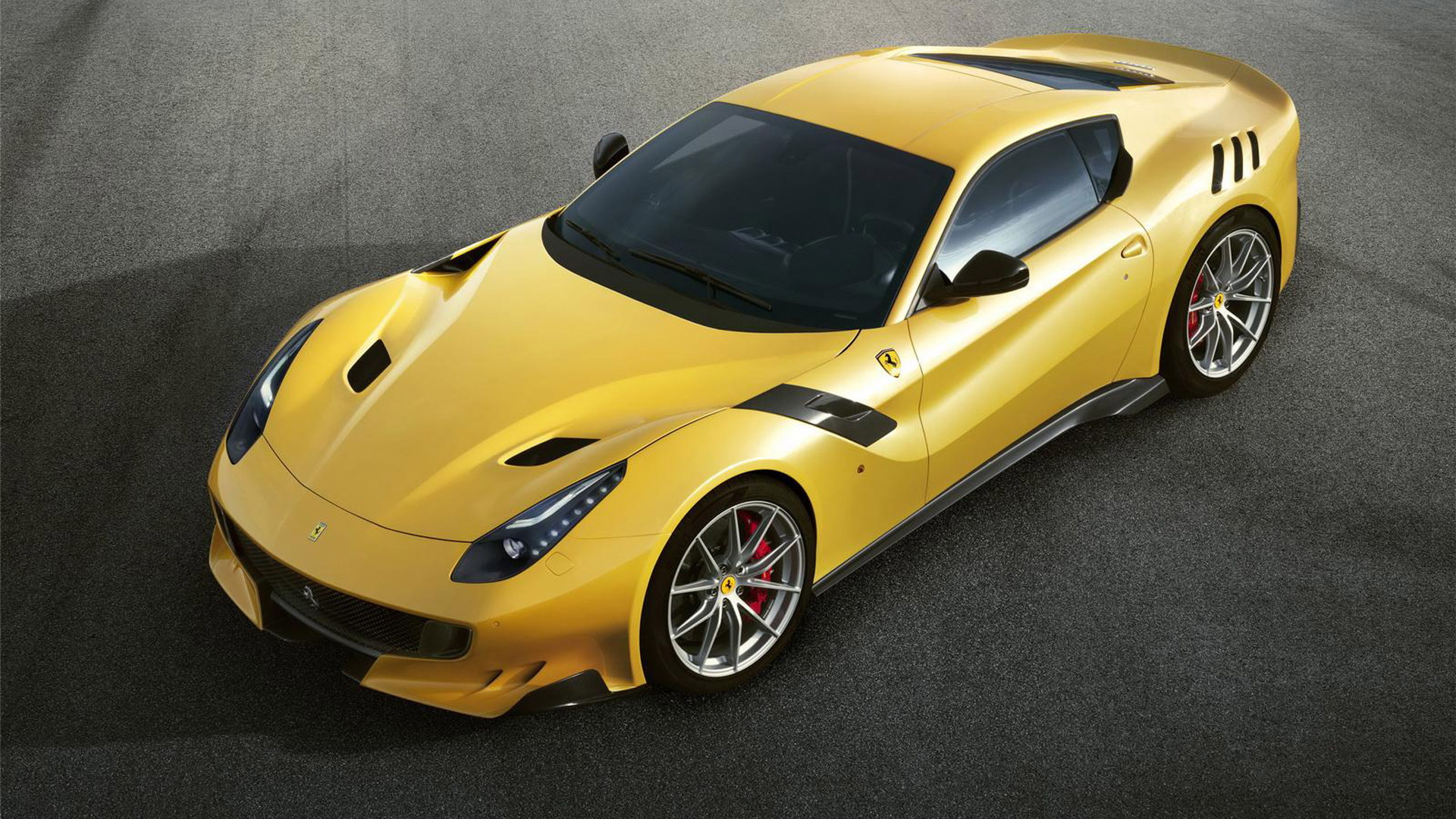 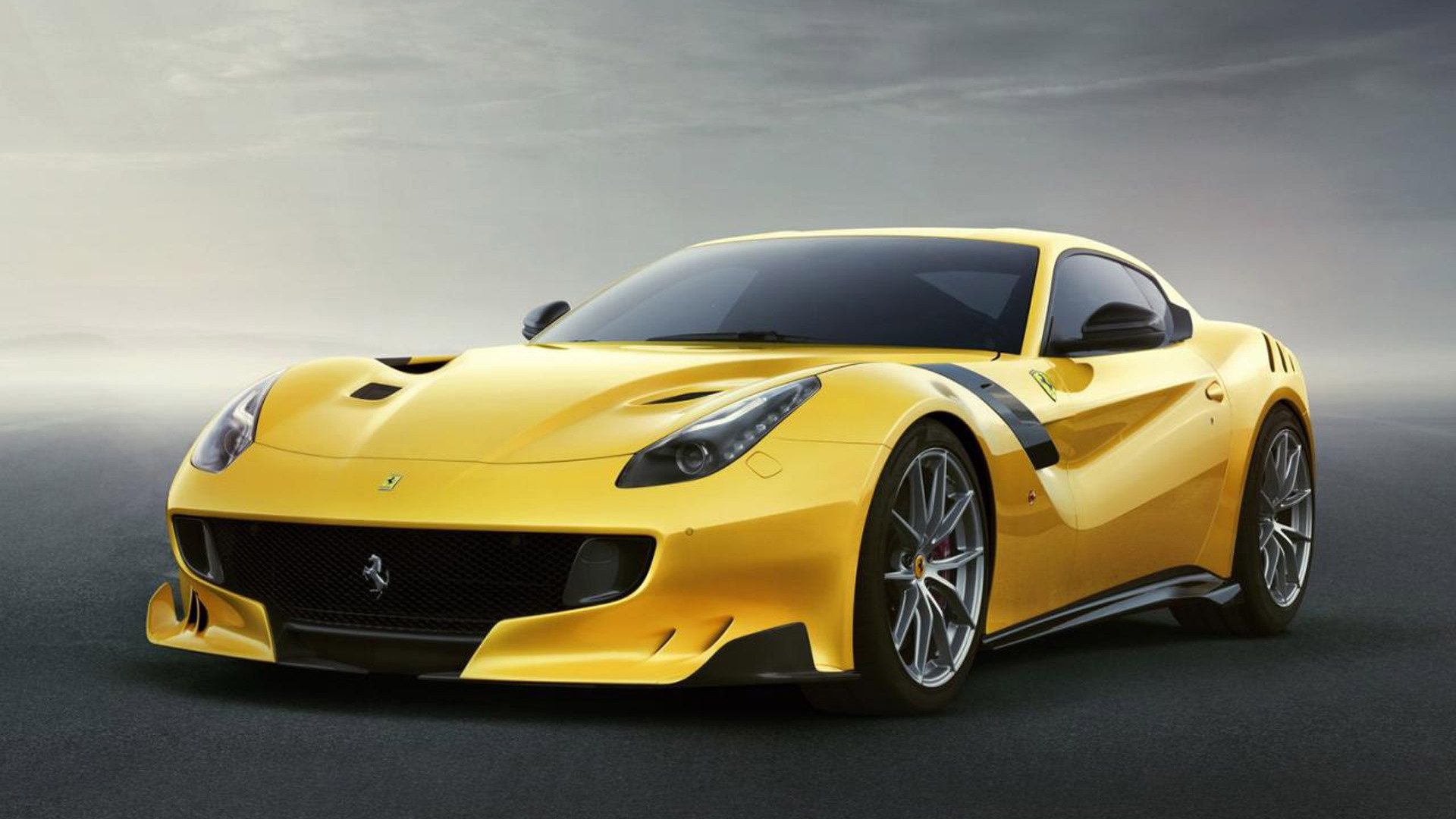 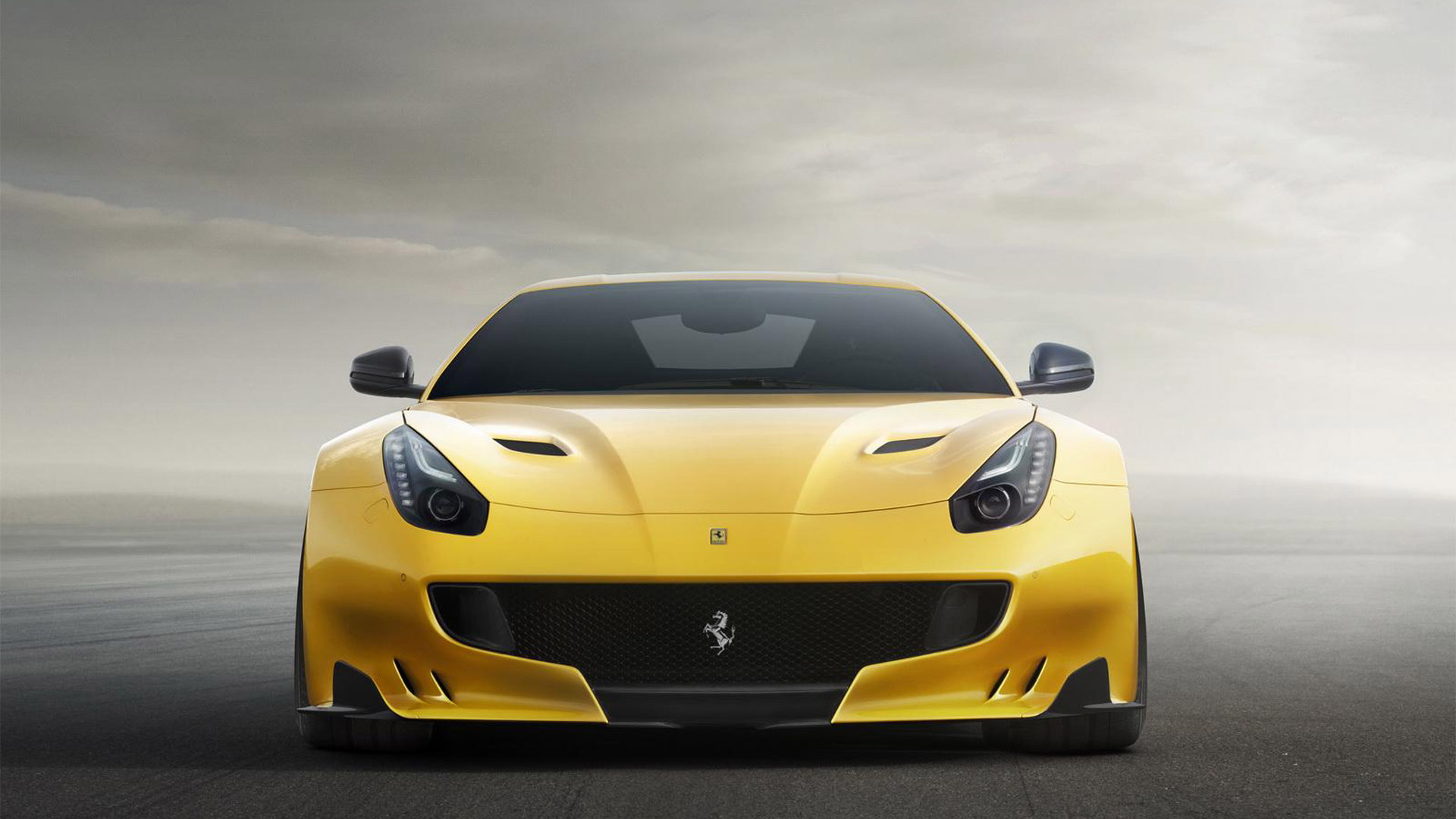 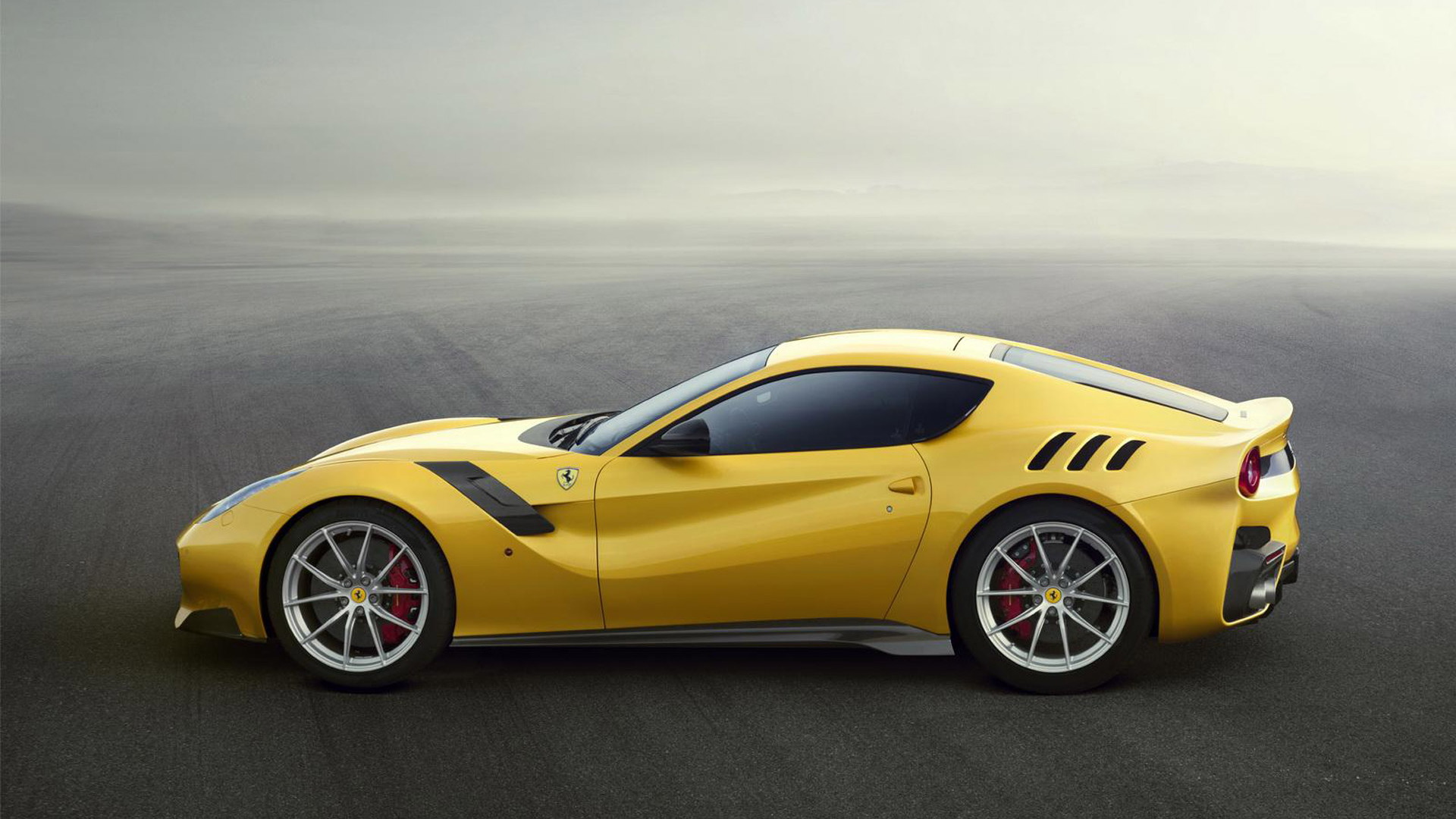 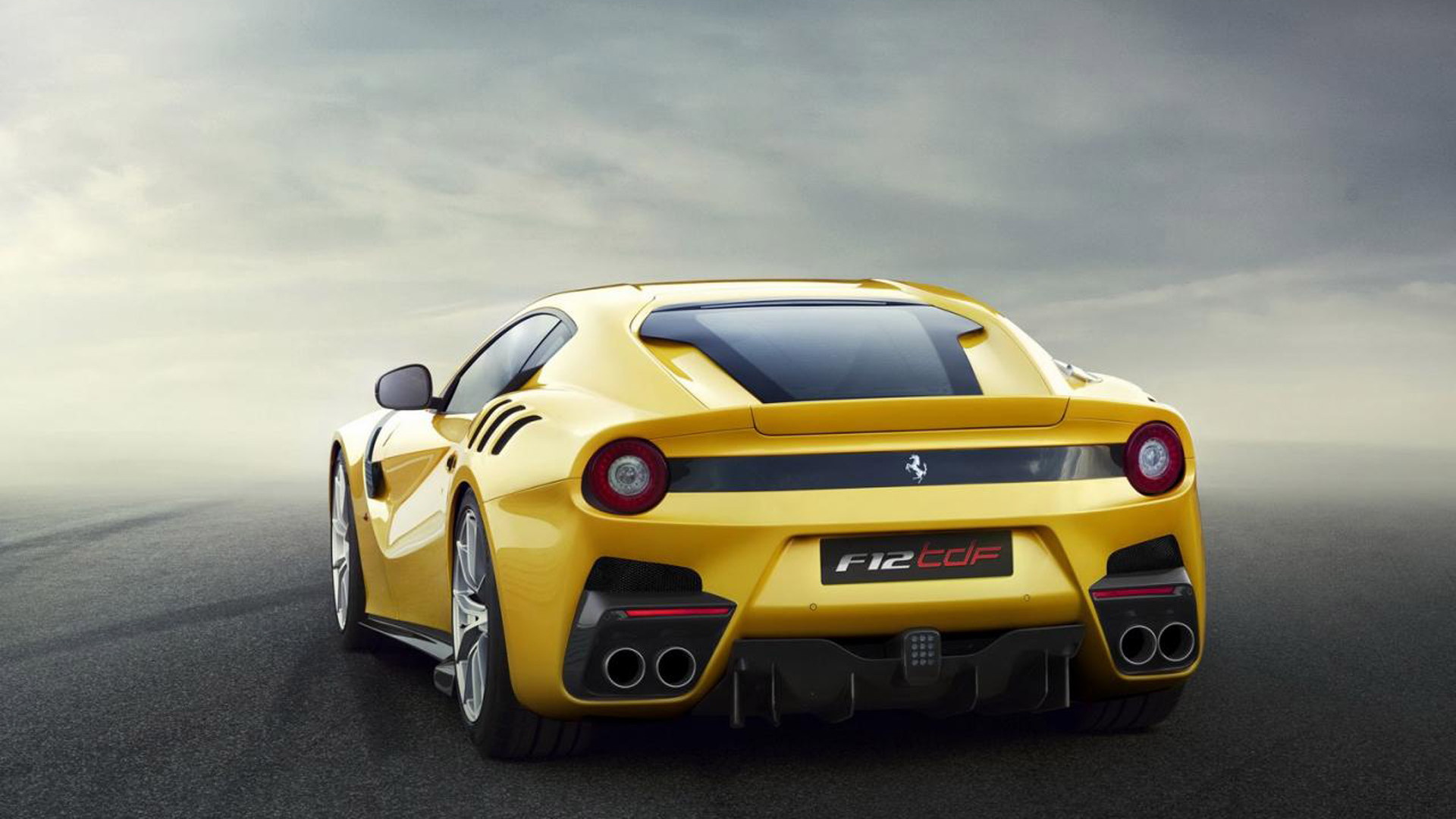 Ferrari’s hardcore F12 Berlinetta that’s been doing the rounds for the past couple of months has turned out to be a new special edition paying homage to the original Tour de France car race, a race in which Ferrari enjoyed a number of successes. The special edition is called the F12 tdf, and it is limited to just 799 examples worldwide.

ALSO SEE: Ferrari To Be Valued At Up To $9.82 Billion In IPO, Trade Under Ticker Symbol RACE

As expected, more power has been extracted from the F12’s 6.3-liter V-12 for the new special edition. Ferrari quotes an output of 780 metric horsepower, which for the United States translates to 770 hp. Peak torque, meanwhile, registers at 520 pound-feet. In comparison, the standard F12 Berlinetta makes do with 730 hp and 508 lb-ft.

Modifications made to the engine include new mechanical tappets and variable-geometry intake trumpets similar to those used in Formula One to help boost volumetric efficiency at high revs. The F12’s seven-speed dual-clutch transmission has also been enhanced for the special edition. Ferrari says the transmission features shorter gear ratios that help deliver 30 percent faster upshifts and 40 percent faster downshifts.

Even a cursory glance will tell you the F12 tdf looks radically different to the F12 Berlinetta. That’s because the special edition benefits from a wider track and an assortment of aerodynamic aids that help boost downforce. Ferrari says the F12 tdf produces 507 lbs of downforce at 124 mph, almost double what the F12 Berlinetta is producing.

Key elements include the new front bumper, revised ‘aerobridge’ on the front fenders and special louvers in the rear wheel arches. A bigger rear spoiler has also been fitted, while the rear diffuser was completely redesigned and some special strakes added to the underbody.

CHECK OUT: Ferrari Upping Production To 9,000 Cars Annually By 2019

Some major changes have also taken place under the skin. For example, lightweight carbon fiber has replaced much of the standard aluminum, helping to slash around 240 lbs from the curb weight. Ferrari only quotes a dry weight, which is 3,120 lbs, so with all fluids and a driver on board the car still isn’t exactly light for a two-seater coupe.

The engineers have also installed a new rear-wheel-steering system that Ferrari calls the Virtual Short Wheelbase. It is integrated with the other vehicle dynamic control systems that help with cornering while also increasing stability at high speed. Some massive rubber has also been fitted. For example, the front tires are now 275s, up from 255s. The rears are 315s.

The 0-62 mph time is just 2.9 seconds and the top speed is in excess of 211 mph. A lap around Ferrari’s Fiorano test track in the F12 tdf can be done in 1:21, which bests the time set by the F12 Berlinetta by two whole seconds.

As mentioned above, just 799 examples will be built—all of which are likely accounted for. Once production is complete, we're likely to see the F12 undergo a mid-cycle update.