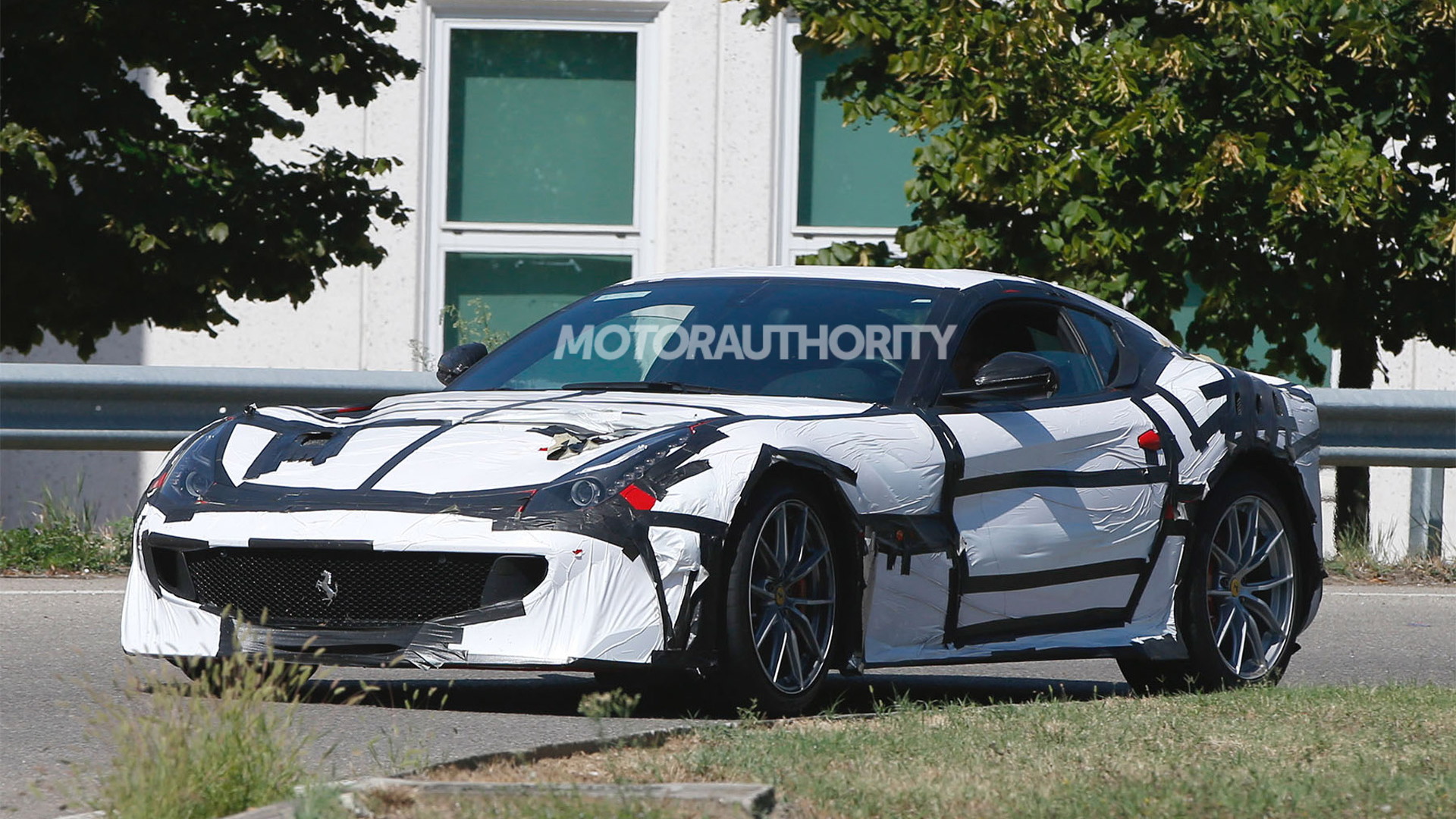 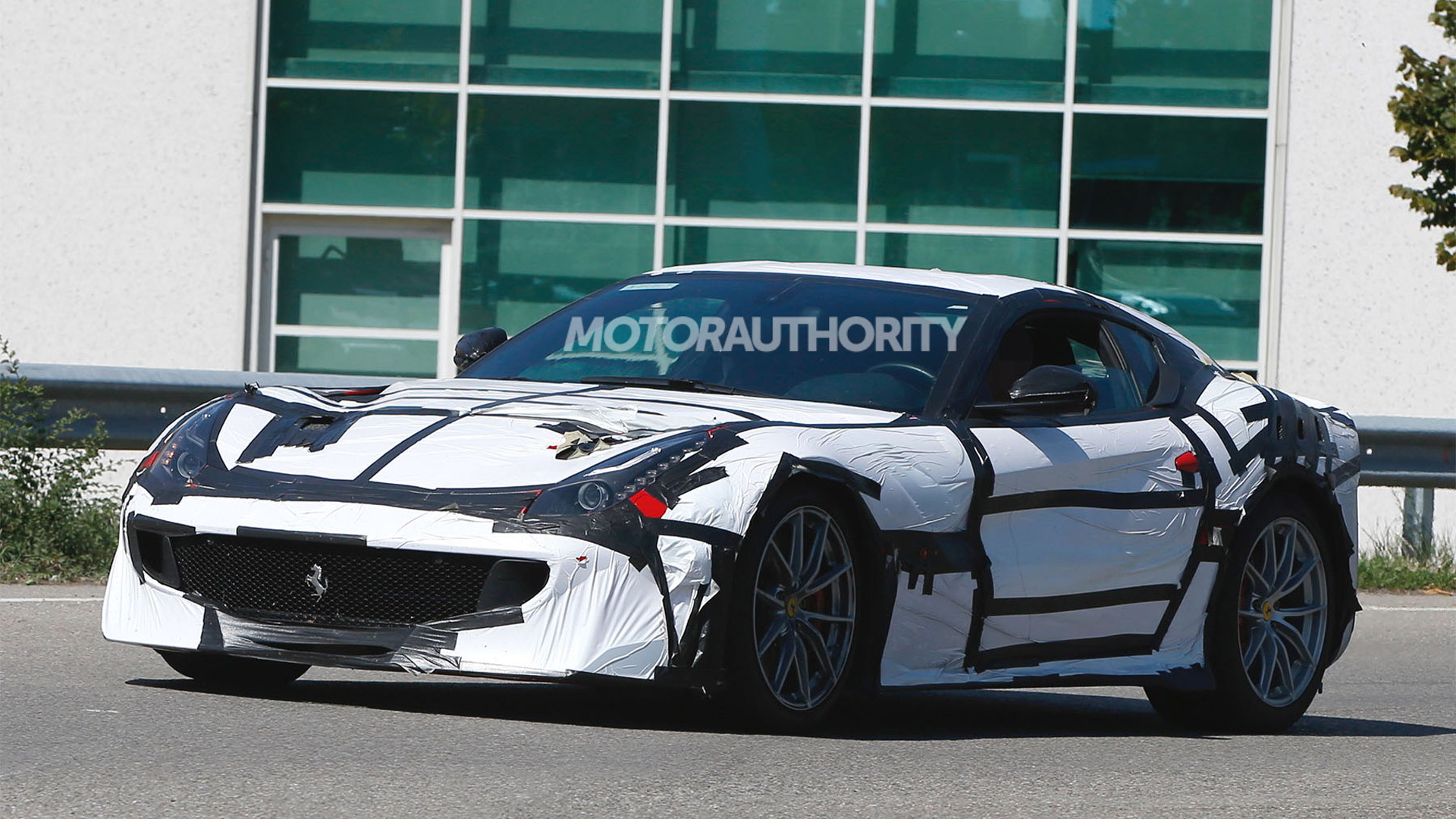 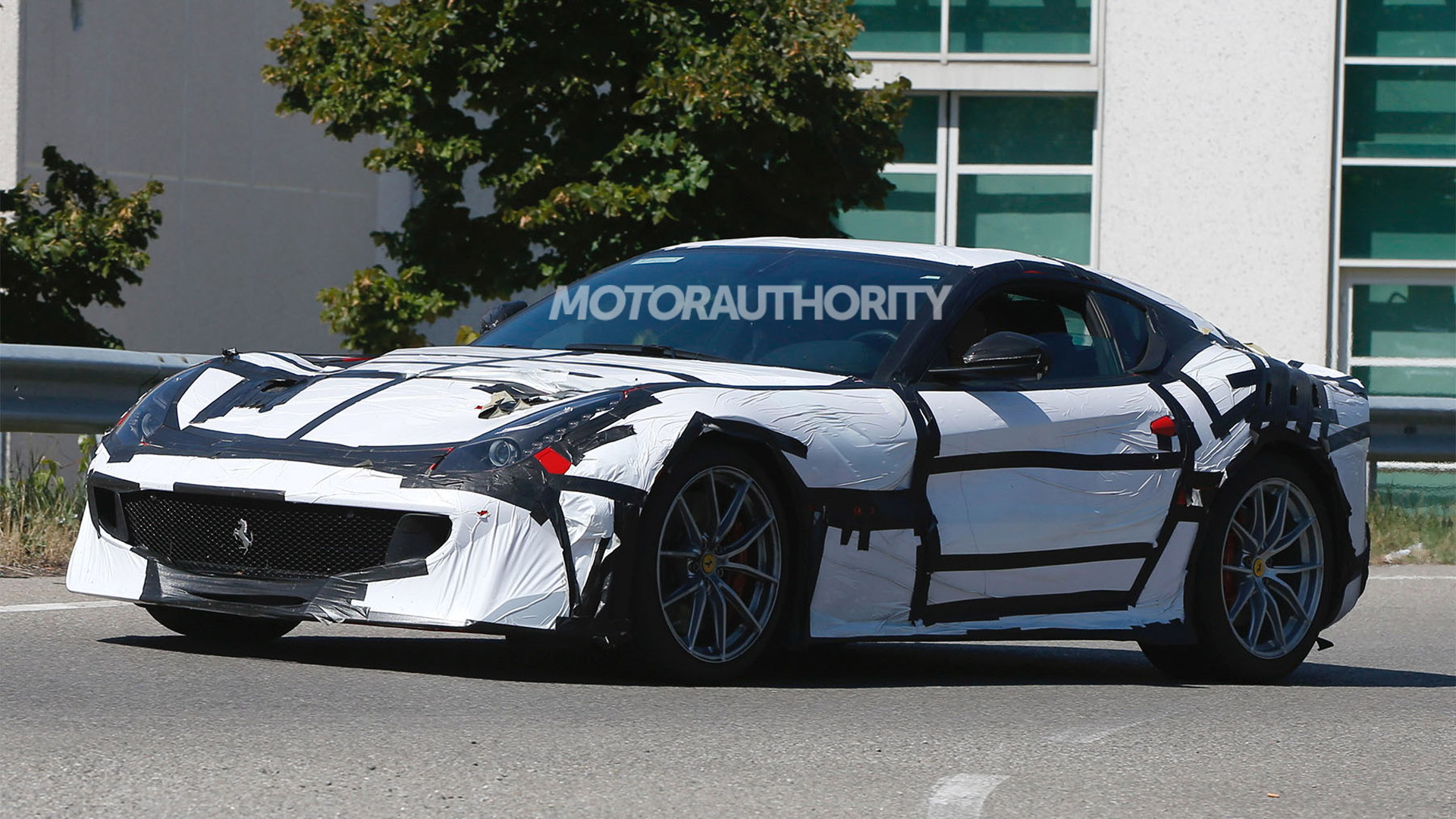 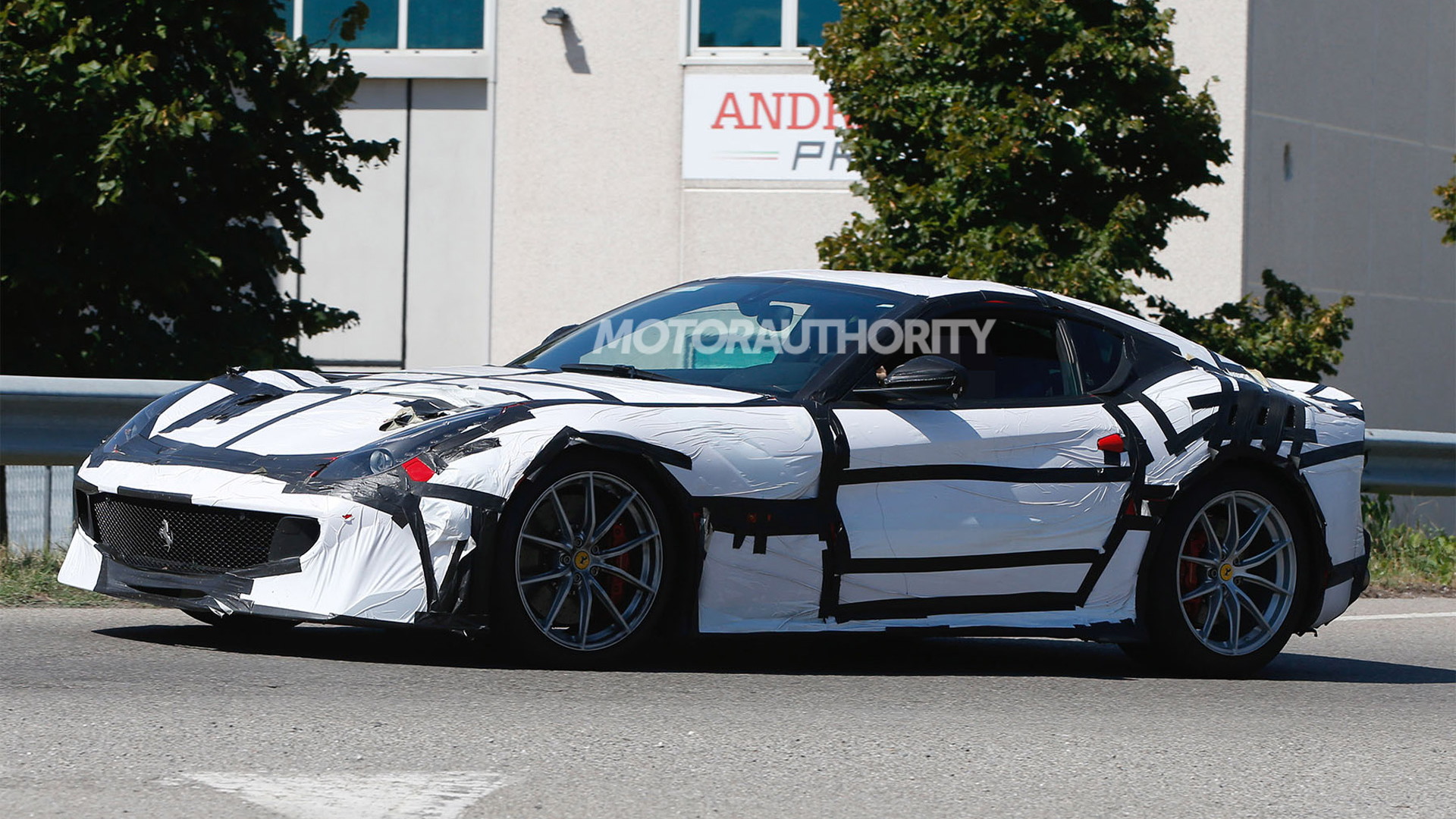 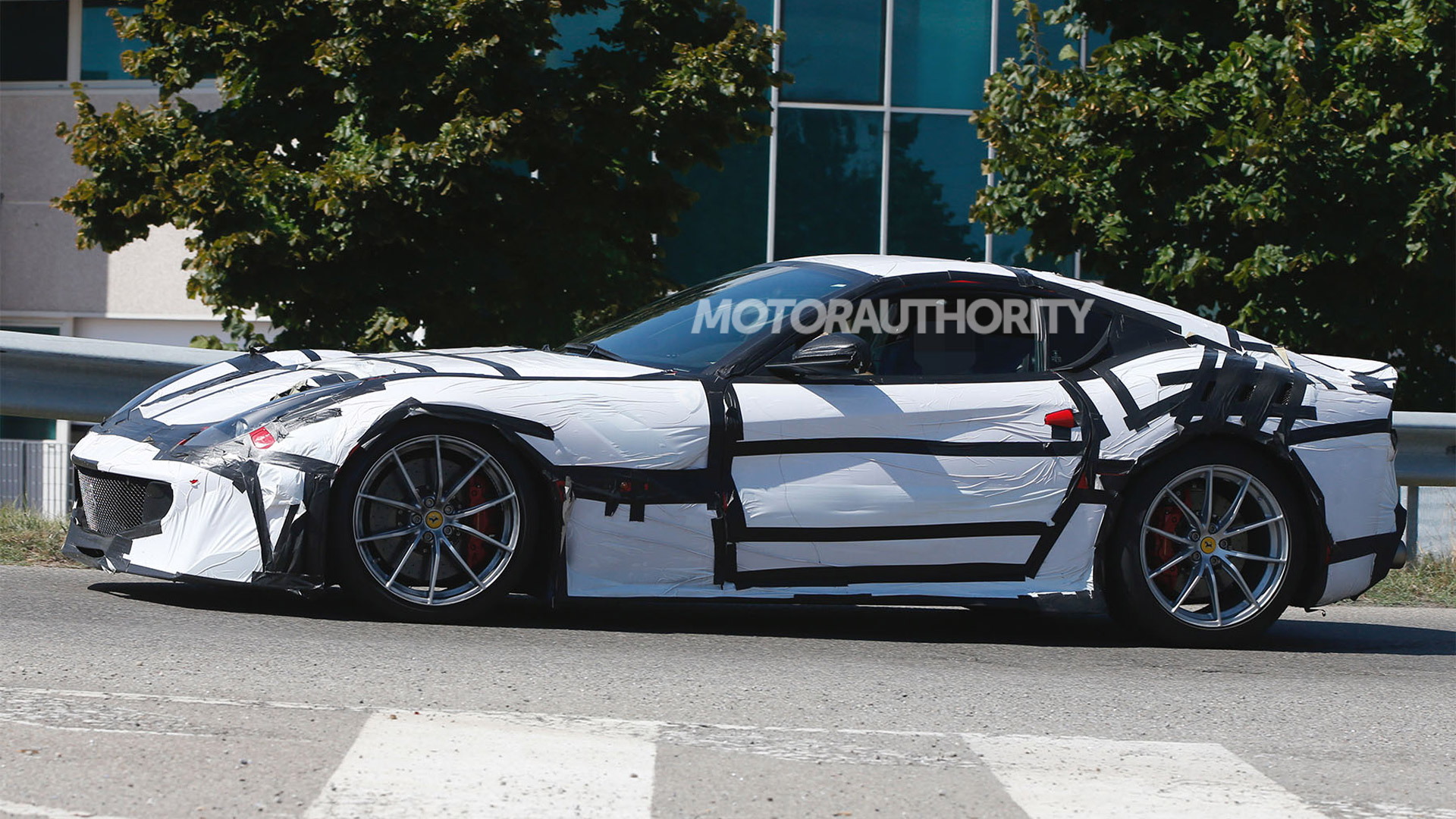 Ferrari is working on a more extreme version of its F12 Berlinetta, a prototype for which has just been spotted. It’s thought this particular variant won’t be a direct replacement for the current F12 Berlinetta but rather a more extreme option for buyers, similar to how Ferrari offered the 458 Speciale alongside the 458 Italia.

Completely undisguised versions of the car, which is rumored to be called a Speciale or perhaps even a GTO, have already been spotted. But our latest spy shots give us a look at the car from most angles.

Crucially, we can spot the trio of vents on the rear fenders that mimic a design element featured on the 288 GTO, which led to the suggestions that this car will be classified as a GTO as well. Also revealed in the spy shots is the new bumper design at the front which sports massive wings at the sides and two new intakes, one at each side of the grille.

The modifications will ensure that an F12 remains the fastest of Ferrari’s regular fleet, a title that’s been threatened by the arrival of the 488 GTB. There’s also the little issue of Lamborghini’s Aventador LP 750-4 SuperVeloce, currently the fastest production car around the Nürburgring after Porsche’s 918 Spyder.

In addition to power and weight-saving mods, the new F12 variant is also expected to benefit from an extreme aerodynamics package. While this should boost downforce, it may result in a lower top speed than the F12 Berlinetta which maxes out around 211 mph. The 0-60 mph time should take less than 3.0 seconds.

Look for a debut at either next month’s Frankfurt Auto Show or the Geneva Motor Show next March. It’s possible the car will be Ferrari’s last road-going model to be launched with a V-12 devoid of hybrid technology, just as the 458 Speciale was the automaker’s last car with a V-8 devoid of turbochargers.

Next in line for the F12 is the car’s mid-cycle update, code-named F12 M. In Fiat Chrysler Automobiles’ [NYSE:FCAU] five-year strategy announcement made last year, it was confirmed Ferrari would give its cars a lifespan of about eight years, with a significant update—Modificato in Ferrari-speak—after the first four years. We expect the F12 M to appear in late 2016 or early 2017.