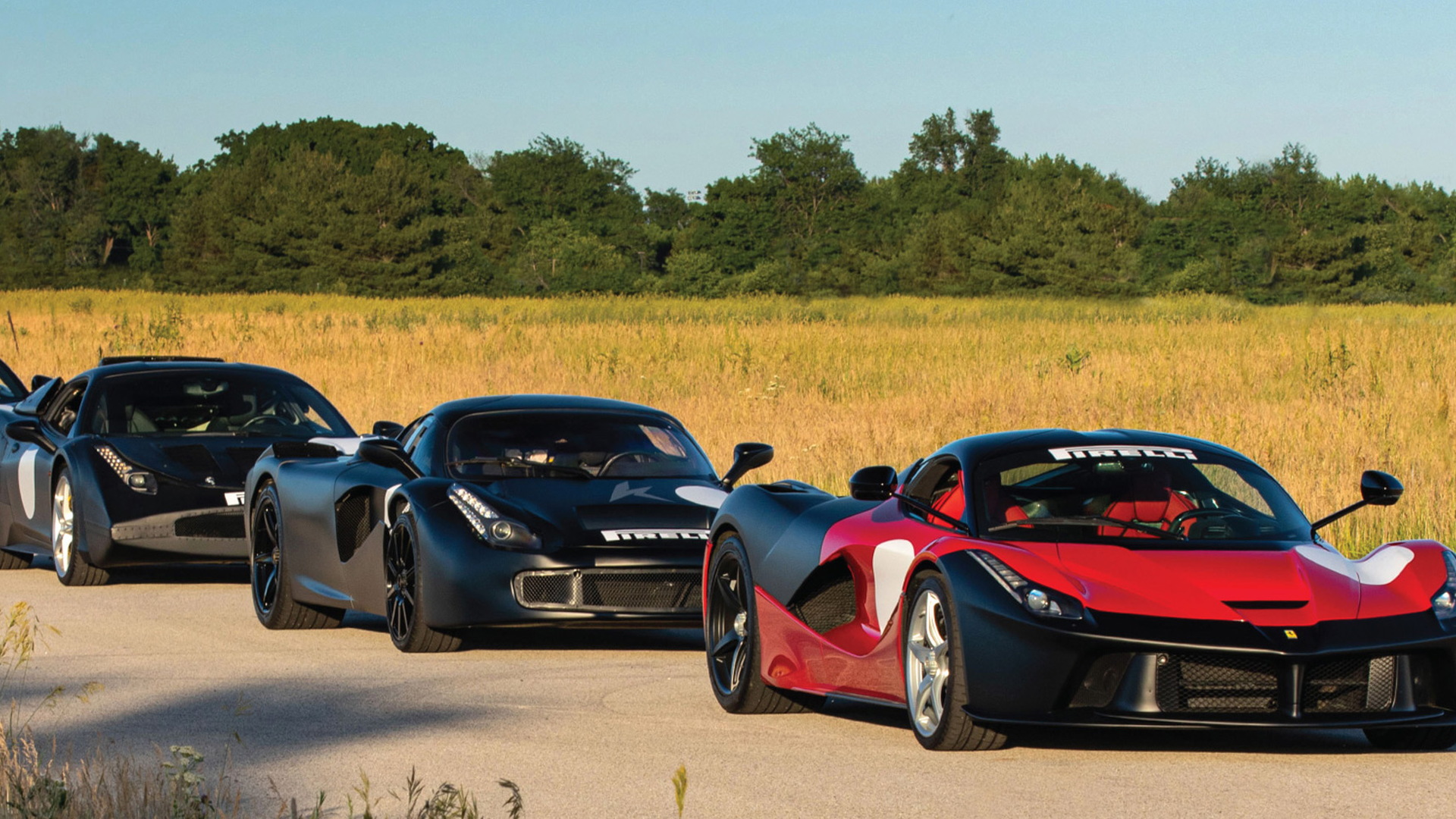 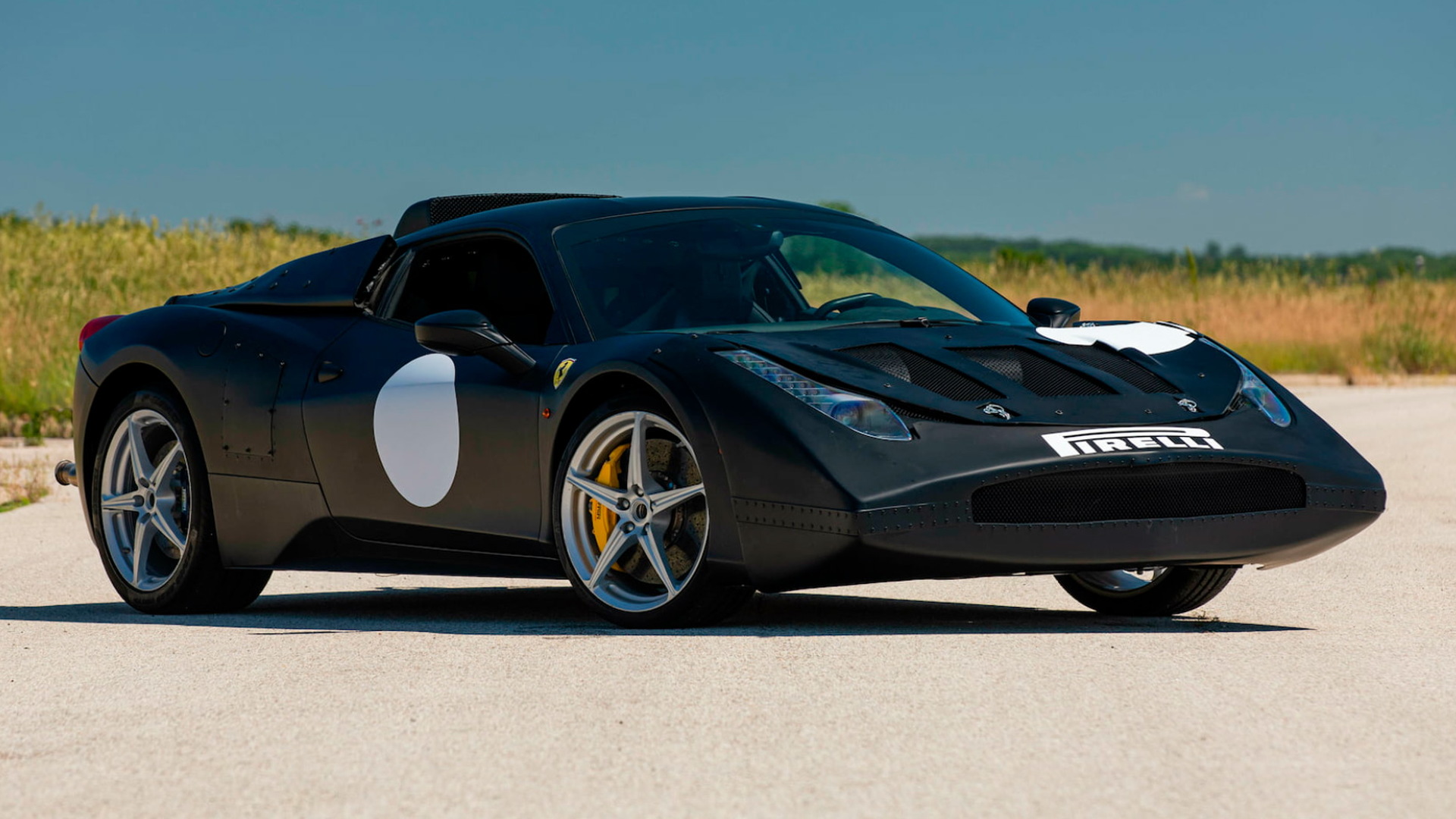 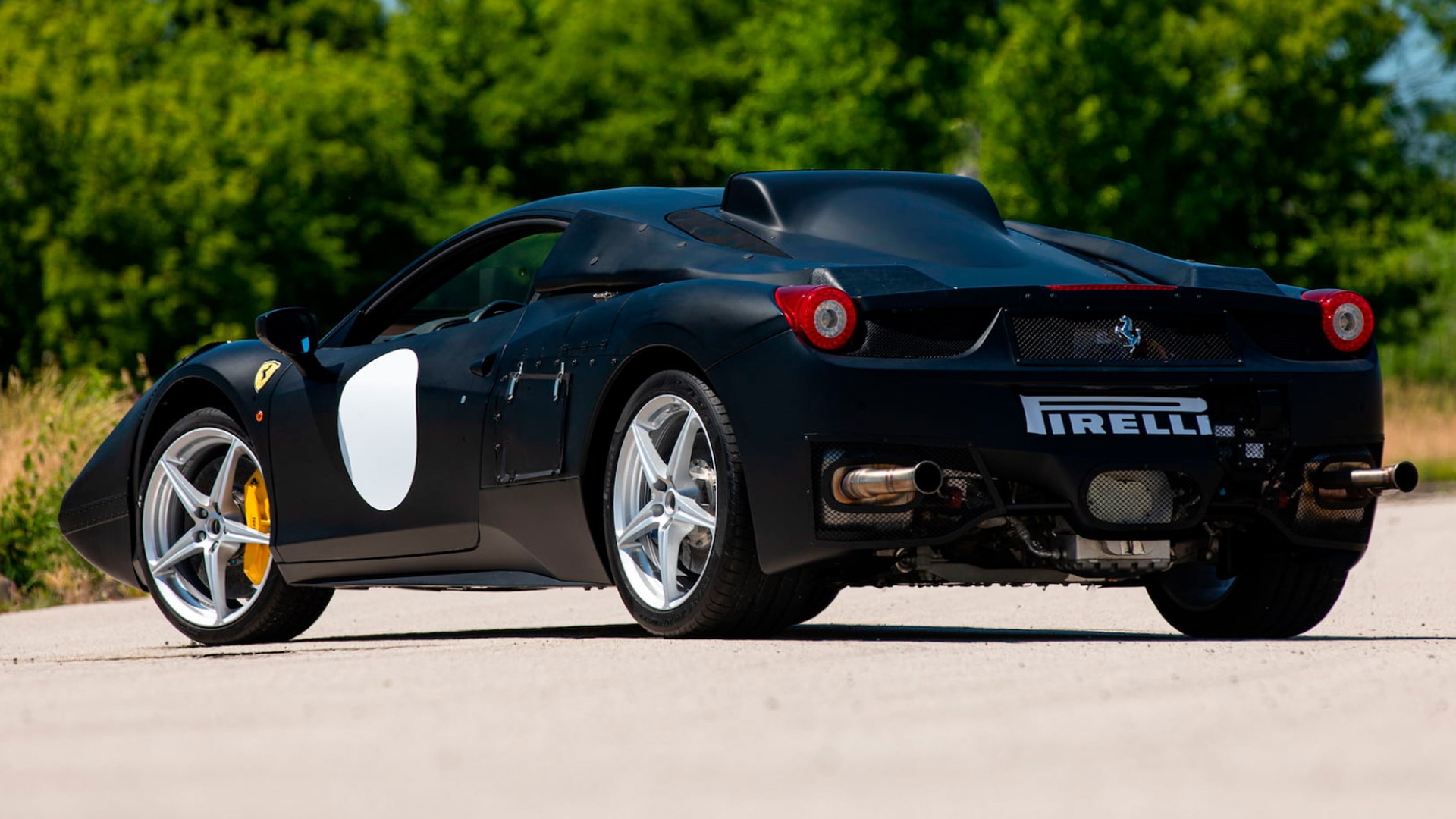 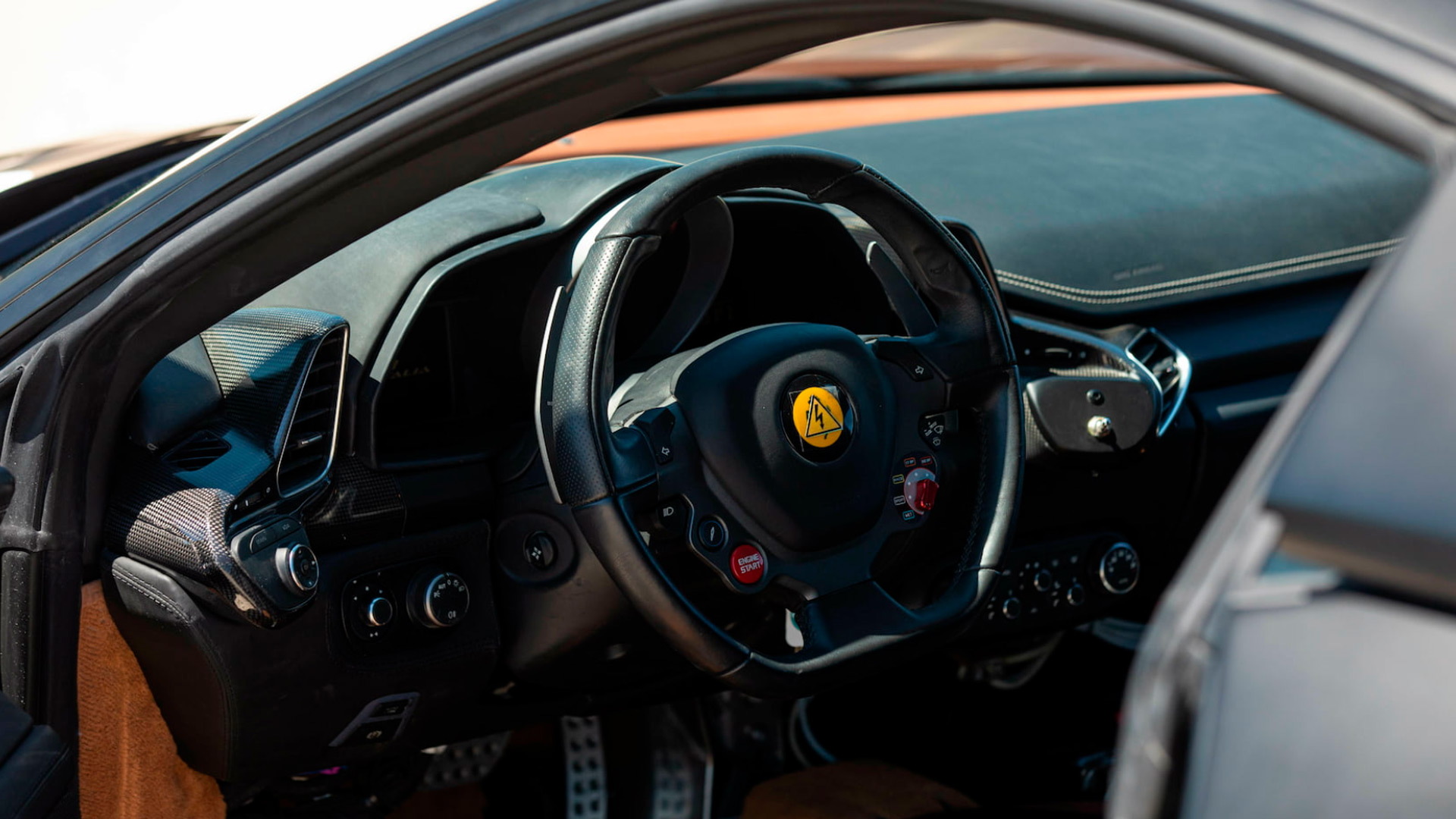 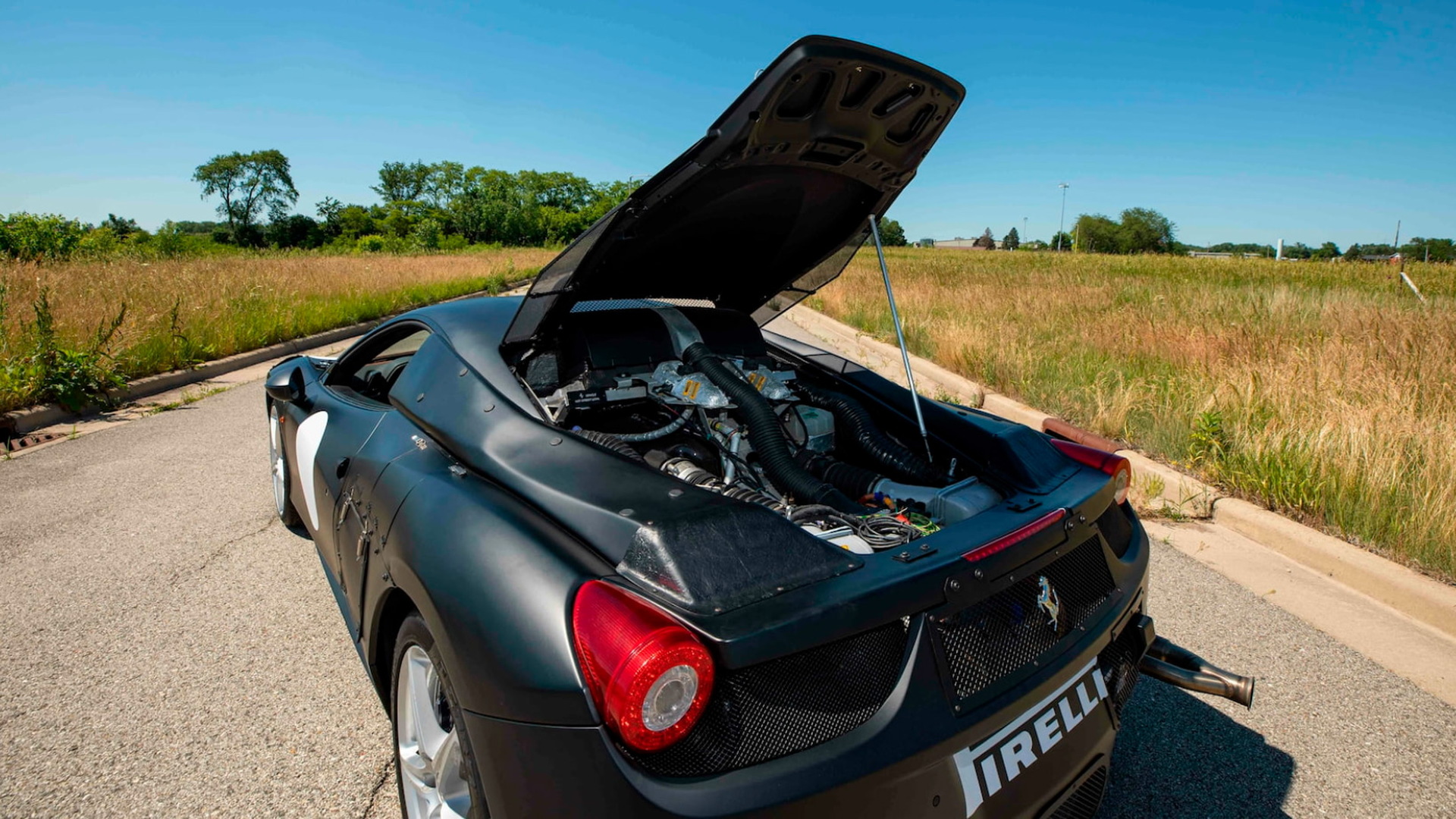 Mecum will place under the hammer not one, not two, but three prototypes for the Ferrari LaFerrari at its auction coinciding with August's 2022 Monterey Car Week.

Prototypes are typically destroyed after they've fulfilled their purpose but it appears Ferrari sells them on from time to time. In most cases, registering them for road use is prohibited, thus driving them can only be done on a racetrack or private road.

Each prototype up for sale represents a different stage of the LaFerrari's development program, and each is offered with certification from Ferrari's Ferrari Classiche classic car department to prove its provenance.

The first is an early test mule from 2011 which features the chassis and body of a 458 Italia with the LaFerrari's V-12 and other hardware packed in. A similar test mule went up for sale in May at an RM Sotheby's auction, but failed to find a buyer.

The second car is a prototype from 2012 that features the carbon-fiber tub and some of the body panels that made it into the LaFerrari. This tester also features an early version of the LaFerrari's hybrid setup.

The third car is a pre-production prototype from 2013, and as a result it's almost identical to the production LaFerrari first shown at the 2013 Geneva International Motor Show. Pre-production prototypes are typically used for final testing as well as for certification and registration purposes. They also provide plant employees with an opportunity to iron out any production snags before the first customer examples are built.

The LaFerrari is powered by a 6.3-liter V-12 working in conjunction with a KERS-style hybrid setup. Two electric motors are featured, one mounted to the gearbox and aiding the engine by sending drive to the rear wheels and the other used to take some of the load off the engine by powering auxiliary devices. Peak output of the system is 950 hp, or enough for 0-60 mph acceleration in less than three seconds. Ferrari built 500 LaFerrari coupes and 210 LaFerrari Aperta convertibles. The last of each body style were built for charity auctions.

No estimate on any of the cars were given but with the fanaticism of collectors, especially those with a penchant for Ferraris, final bids in the seven figures is likely. As a guide, a pre-production LaFerrari prototype sold for $2.25 million in 2017. That prototype was the one customers used to configure their own cars.

Mecum's auction in Monterey runs Aug. 18-20. There will also be a 2014 prototype for a Ferrari F12 TDF going under the hammer. Other highlights include a rare McLaren Sabre, a 1973 Porsche 911 Carrera RS 2.7 previously owned by Paul Walker, and a stunning 1936 Duesenberg Model J.