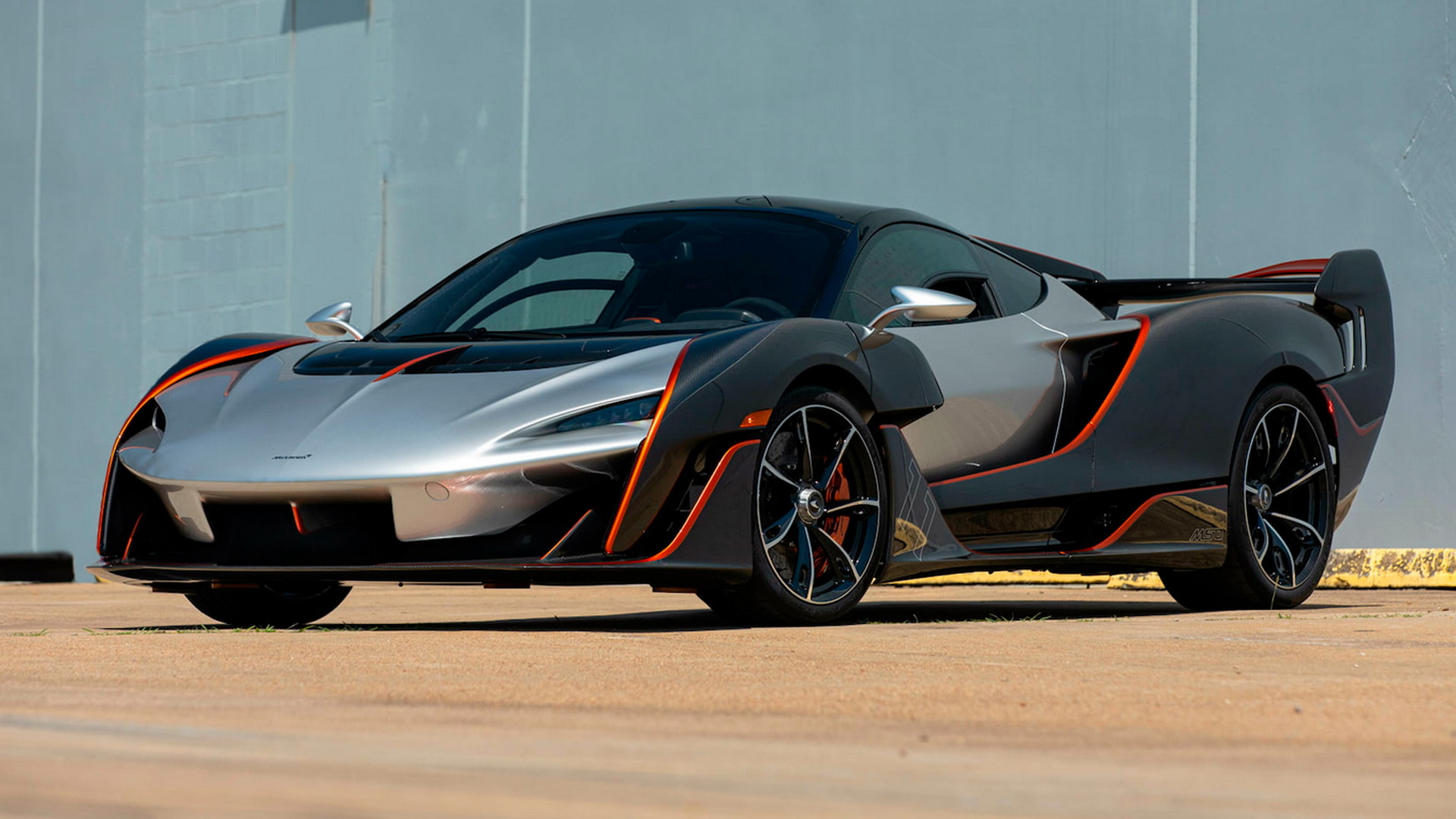 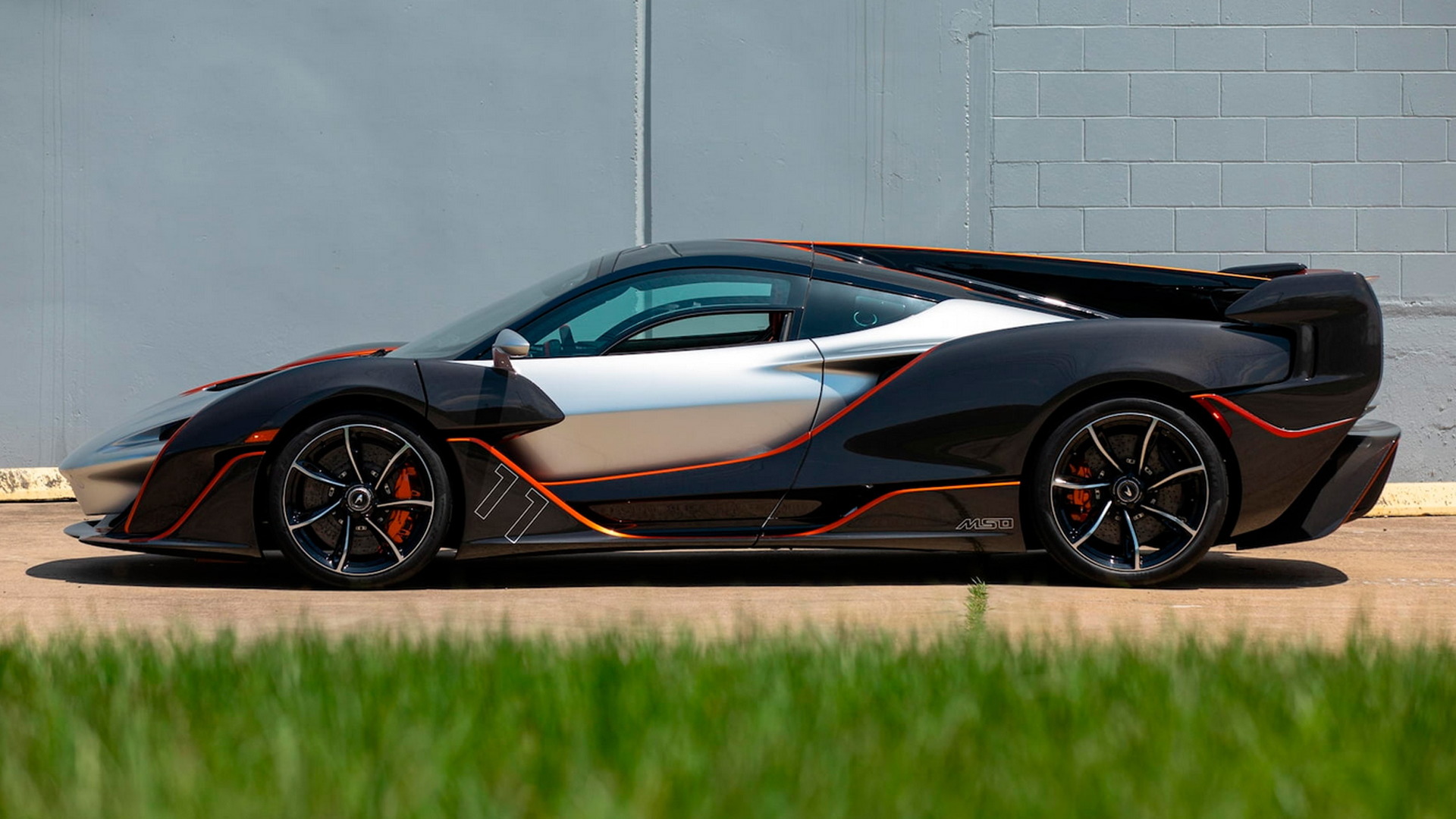 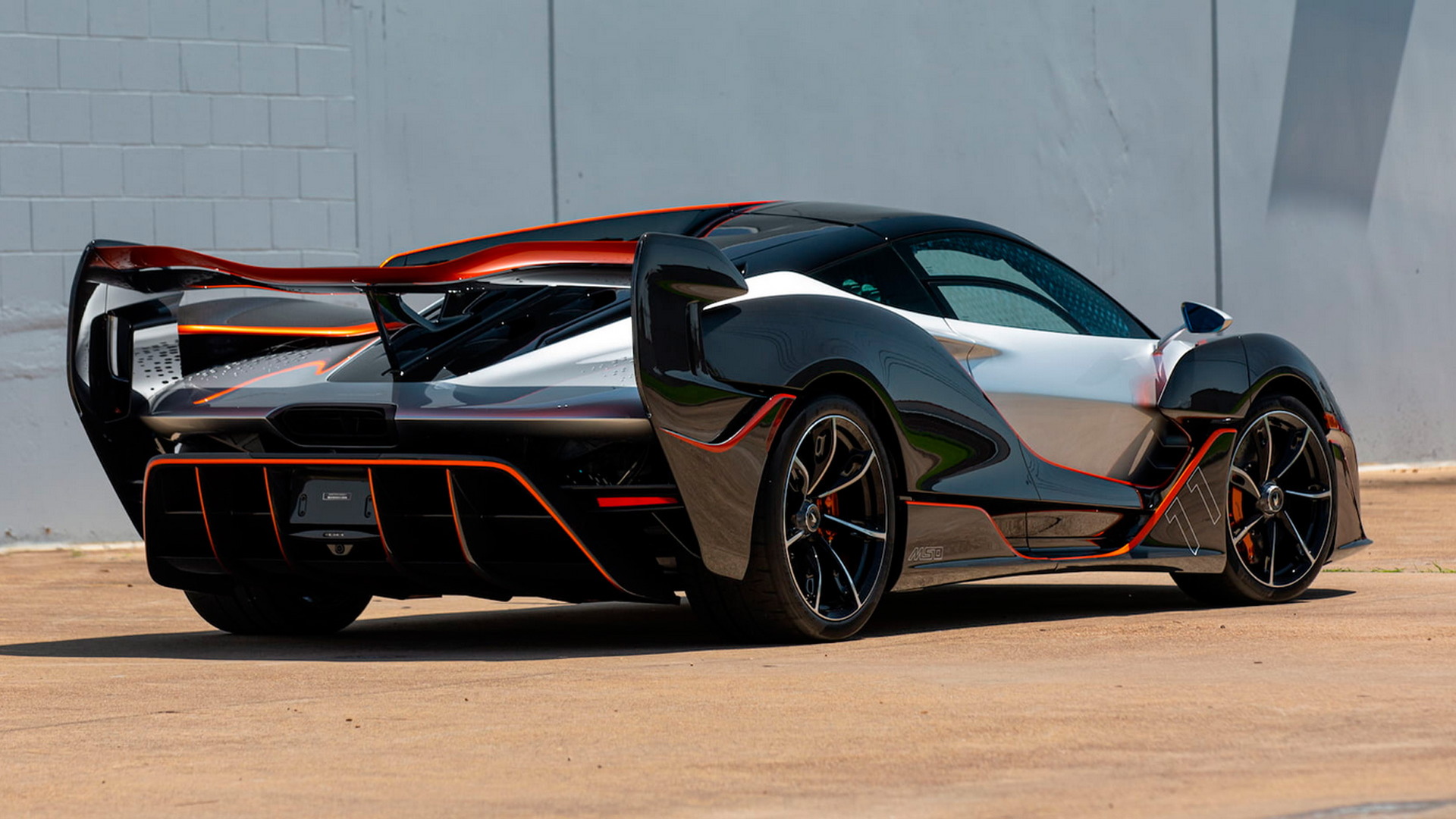 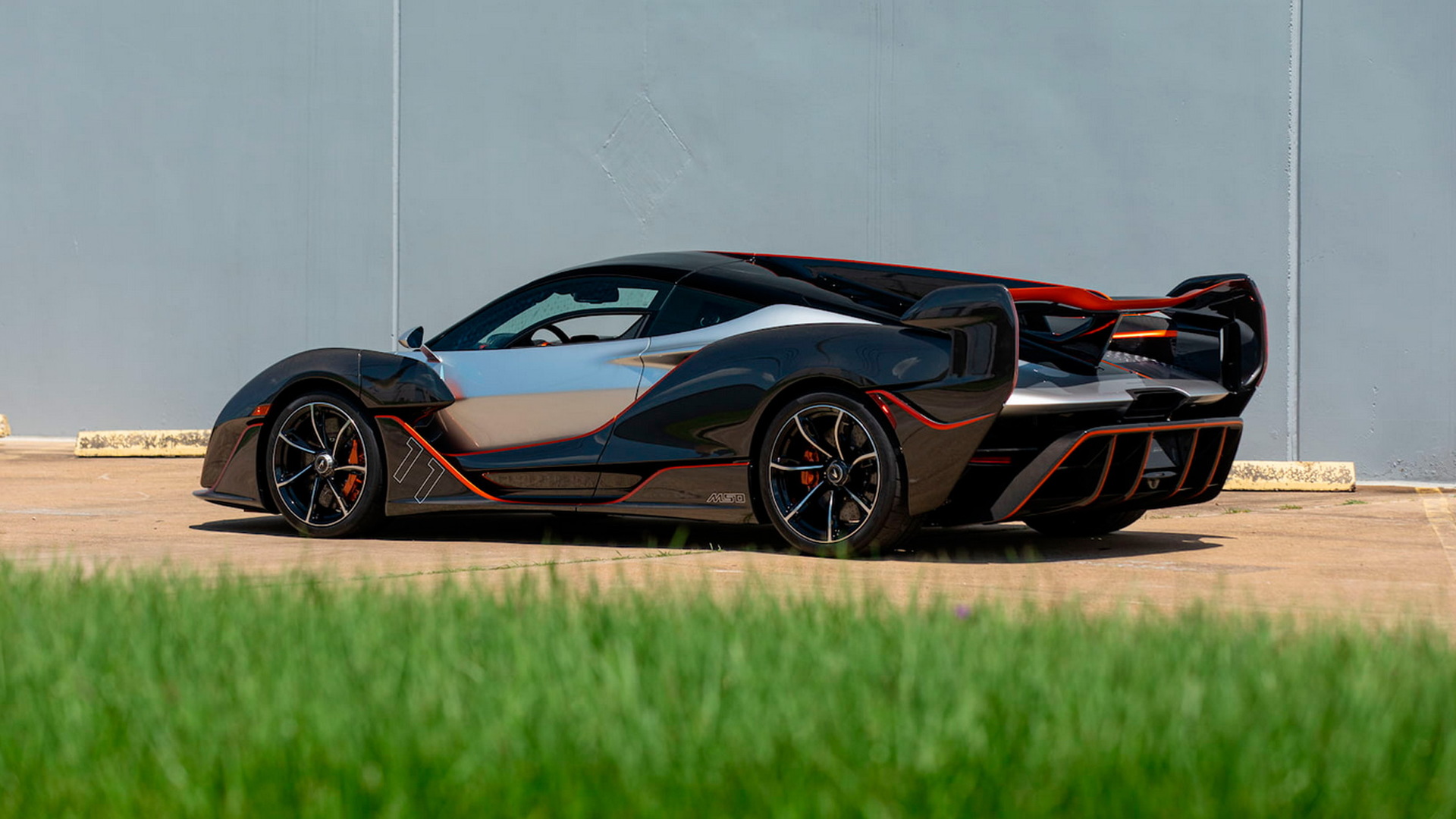 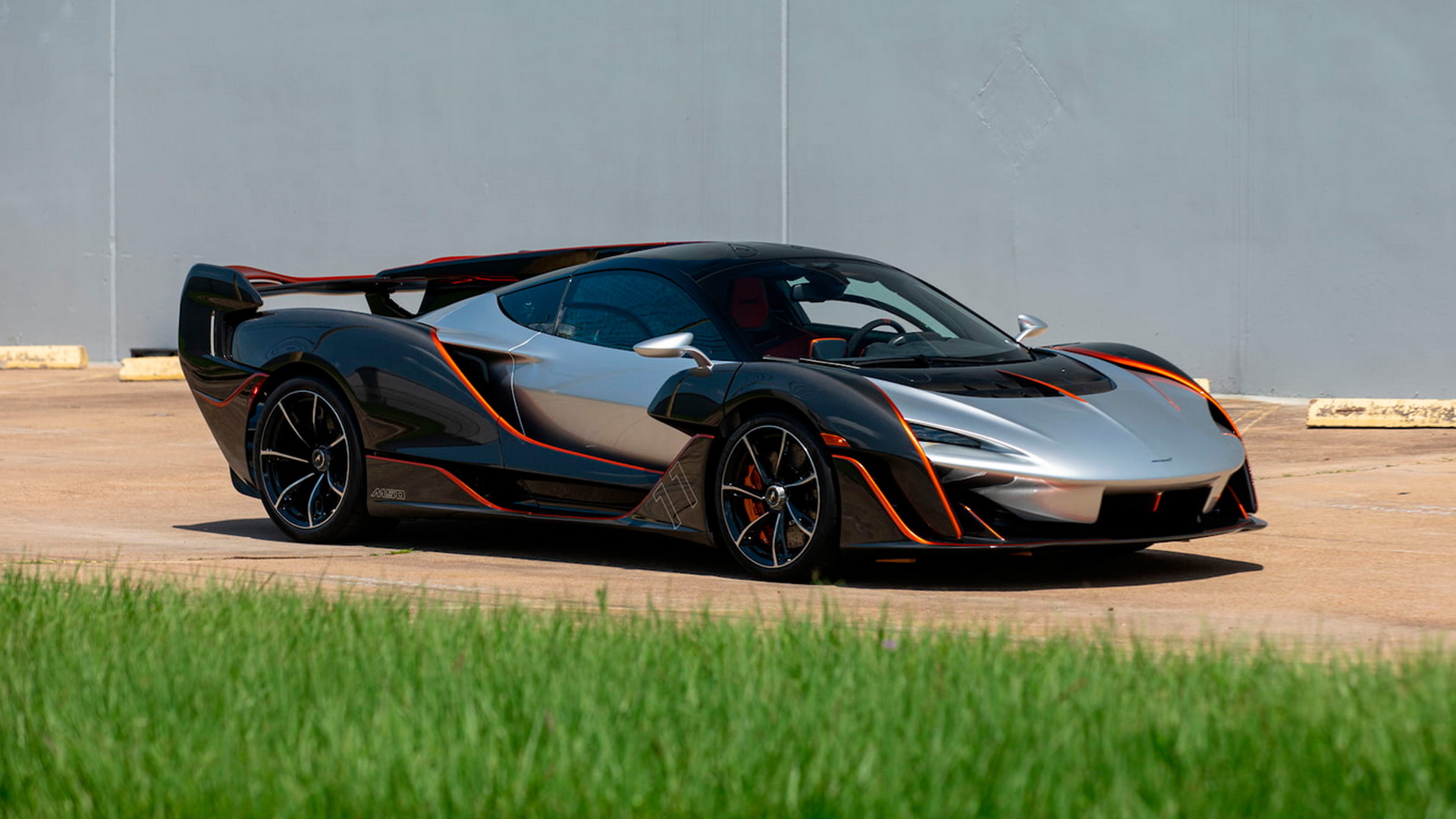 Back in 2020, McLaren launched a limited-edition supercar called the Sabre.

It didn't get much attention at the time due to a certain pandemic, as well as the fact that only 15 were built, exclusively for the U.S. market.

Naturally all of the cars were sold even before they were built, but if the Sabre tickles your fancy and your pockets are deep enough, you'll be able to bid on one at Mecum's auction coinciding with Monterey Car Week.

The Sabre going up for sale is car number 11 of the 15-car run, and it's been driven just 100 miles since new. It sports a silver and bare carbon finish dotted with orange accents that also carry into the interior.

The Sabre is related to McLaren's Senna supercar but boasts a unique body and more power. With 824 hp, versus 789 hp in the Senna, the Sabre is McLaren's most powerful road car to date, sans any form of electrification. The power comes from McLaren's familiar 4.0-liter twin-turbocharged V-8 which rockets the Sabre to a top speed of 218 mph.

Sabre customers were heavily involved in the car's development and were even invited to test drive prototypes and provide feedback.

Mecum hasn't provided an estimate but the Sabre is thought to have originally cost in excess of $3 million. As a reference, the less rare McLaren Speedtail sold for $3.3 million at a Mecum auction in January while another reached a $2.5 million final bid at a Mecum auction in May but didn't sell.

Mecum's Monterey auction will run from August 18-20. As mentioned, the auction coincides with Monterey Car Week which is scheduled for Aug. 12-21.