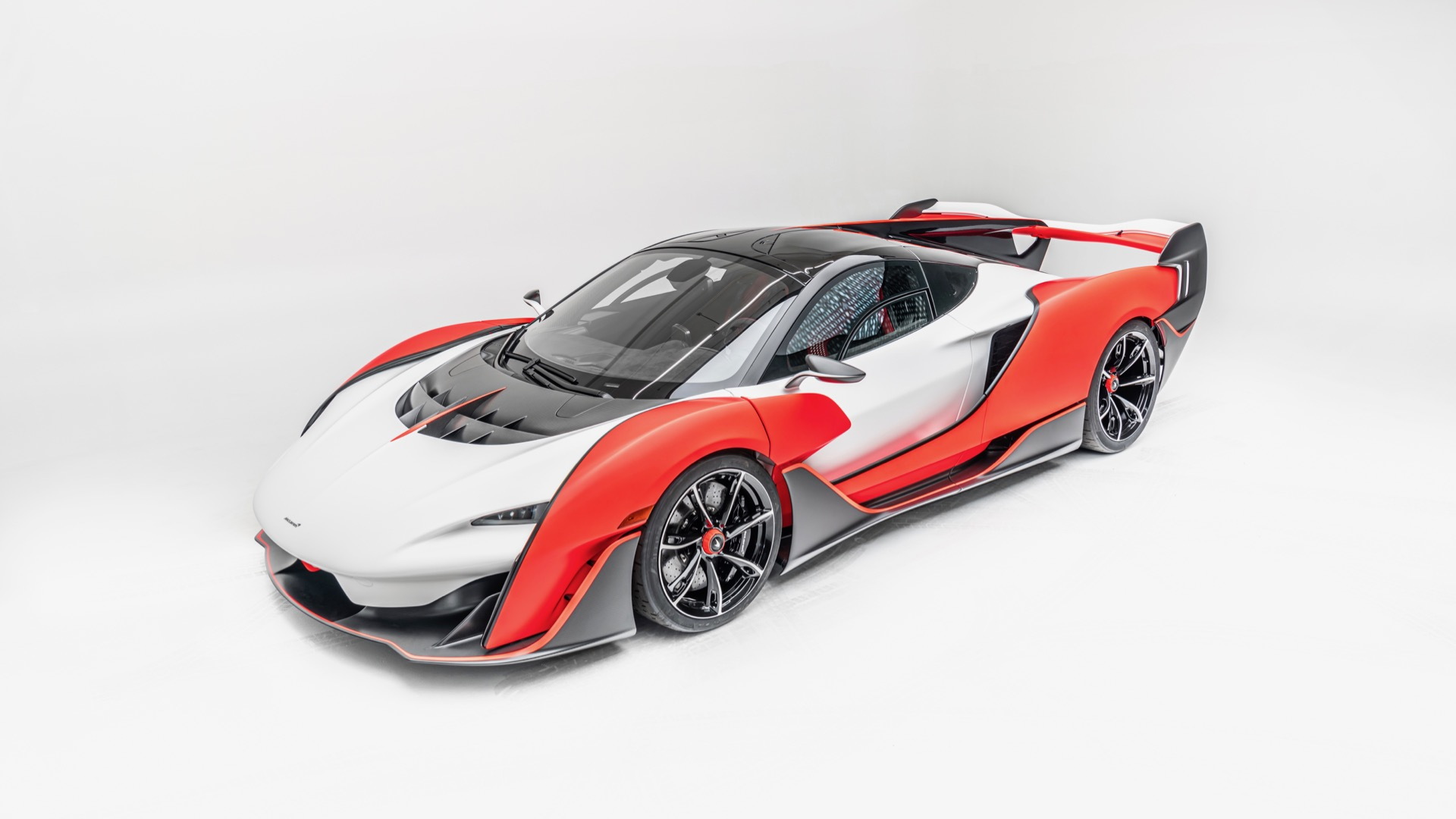 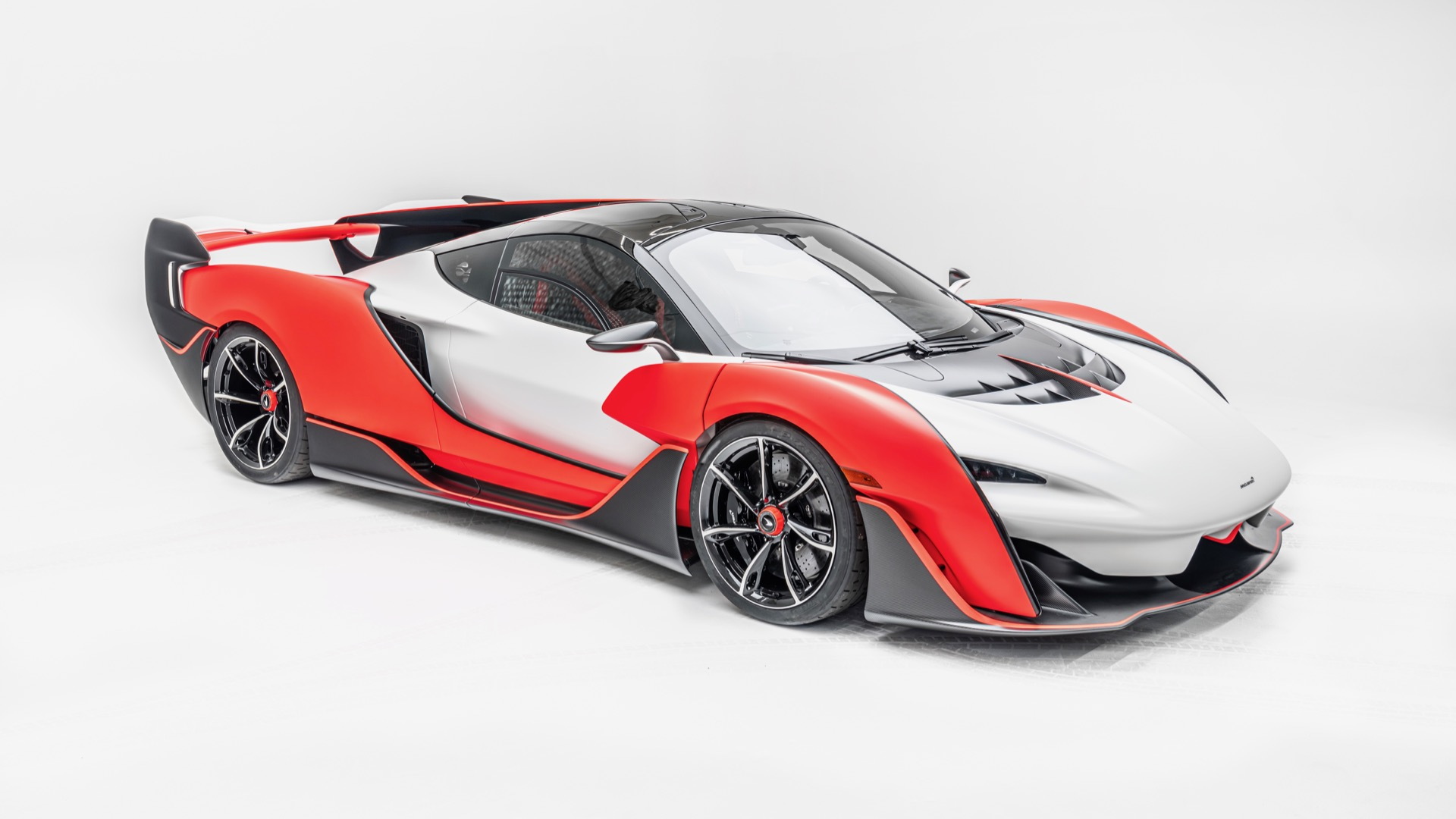 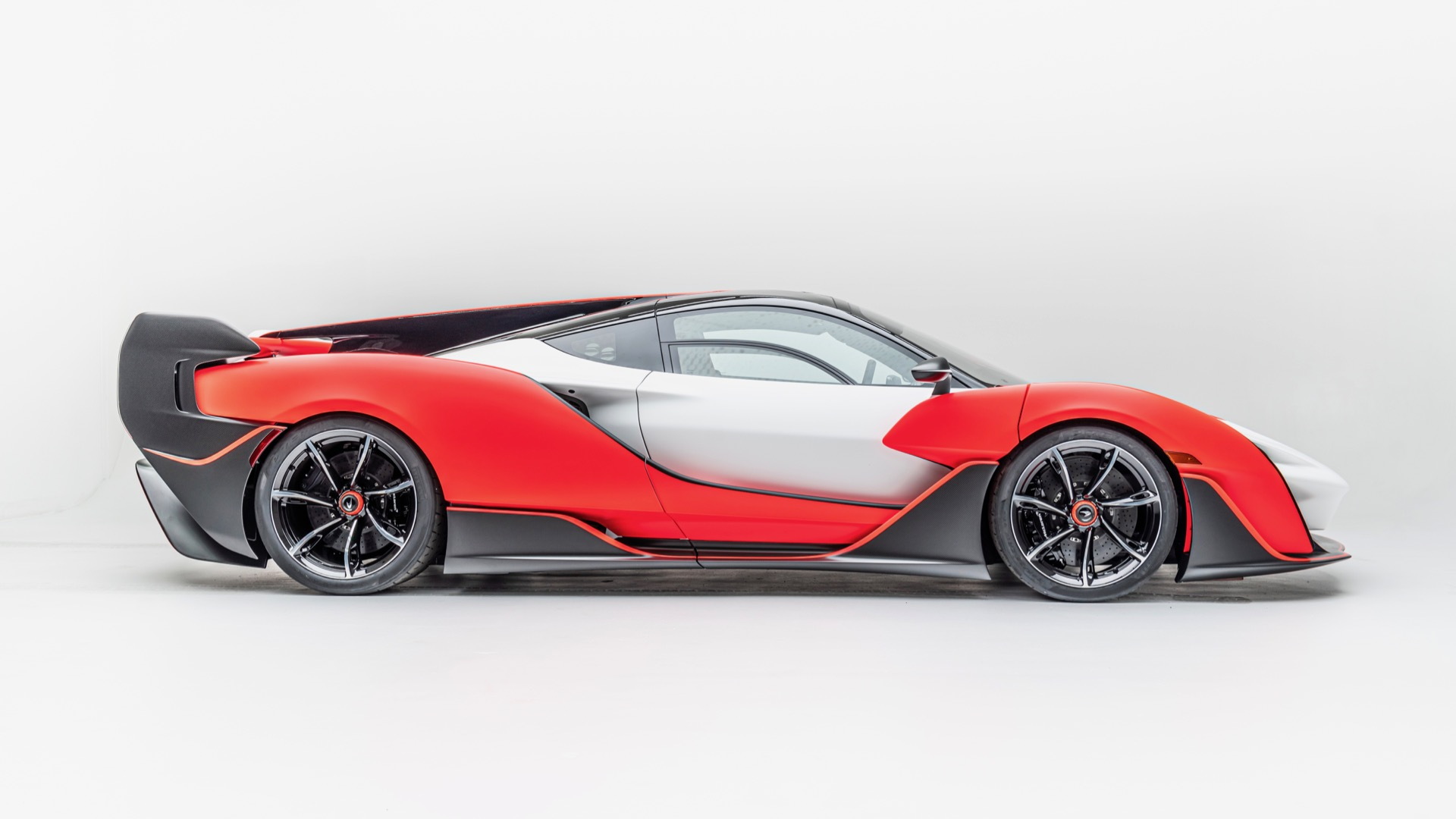 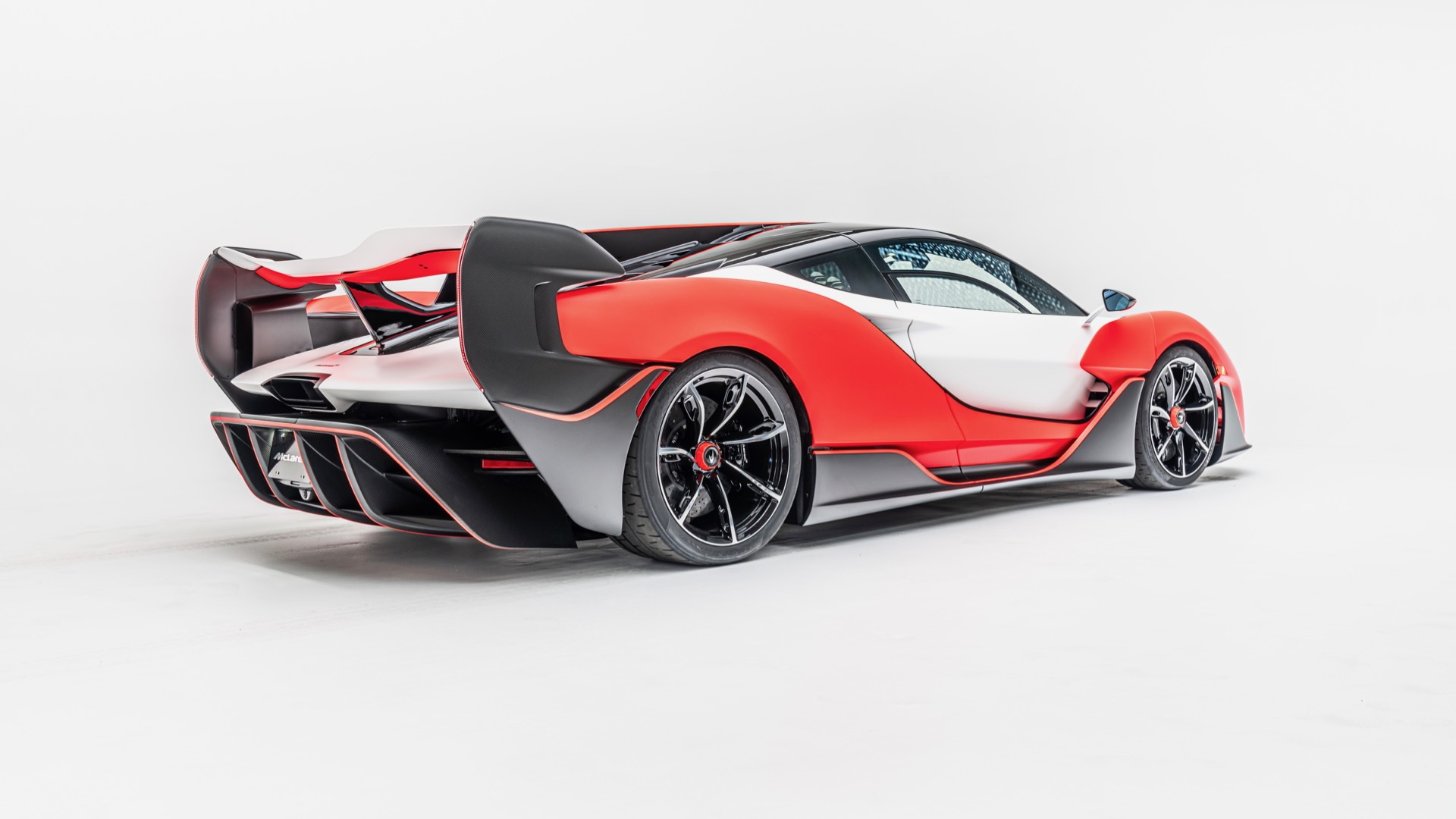 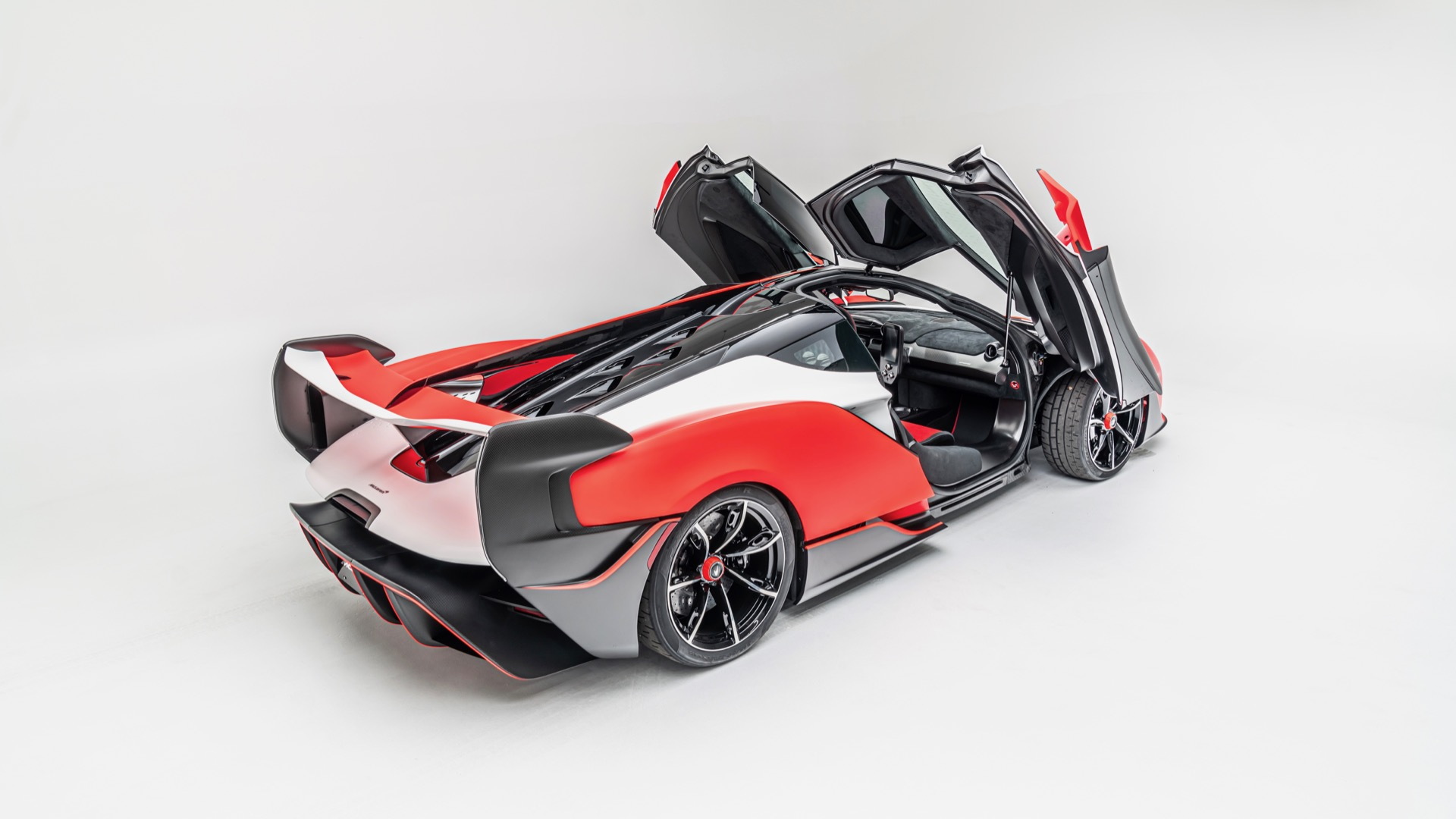 McLaren waited until the start of deliveries to unveil its limited-edition Sabre hypercar. The company revealed the first details on the Sabre in a Tuesday press release announcing delivery of the first example through its dealership in Beverly Hills.

Officially known as the McLaren Sabre by MSO, the car was designed by the automaker's McLaren Special Operations division specifically for the United States, ignoring regulations for other markets. Production is limited to just 15 units, and each customer had a hand in designing the car, according to McLaren.

As part of the development program, customers were invited to drive test mules at the Thermal Club racetrack in Palm Springs, California. Immediately after driving, they gave feedback directly to the design and engineering teams at McLaren's Woking, England, headquarters via video chat, the automaker said.

The result is what McLaren calls its most powerful non-hybrid twin-turbo V-8 car to date. With 824 horsepower and 590 pound-feet of torque on tap, the Sabre will reach a top speed of 218 mph. That makes it the fastest ever two-seat McLaren, the company noted. In McLaren's current lineup, only the three-seat Speedtail is faster, with a quoted top speed of 250 mph.

McLaren was light on other details, but in photos the Sabre looks like a Senna with modified bodywork. Note that McLaren's 4.0-liter twin-turbo V-8 is tuned to produce 789 hp and 590 lb-ft in the standard Senna, allowing that car to reach a top speed of 211 mph. The more hardcore Senna GTR produces 814 hp, with the same torque output (McLaren hasn't released a top speed for the GTR).

The Sabre isn't a regular production model, though. It was built to indulge a handful of well-connected customers, and show off MSO's abilities. The next model in McLaren's range-topping Ultimate Series won't arrive until 2025. It's expected to be a successor to the McLaren P1, employing a hybrid powertrain like the original.