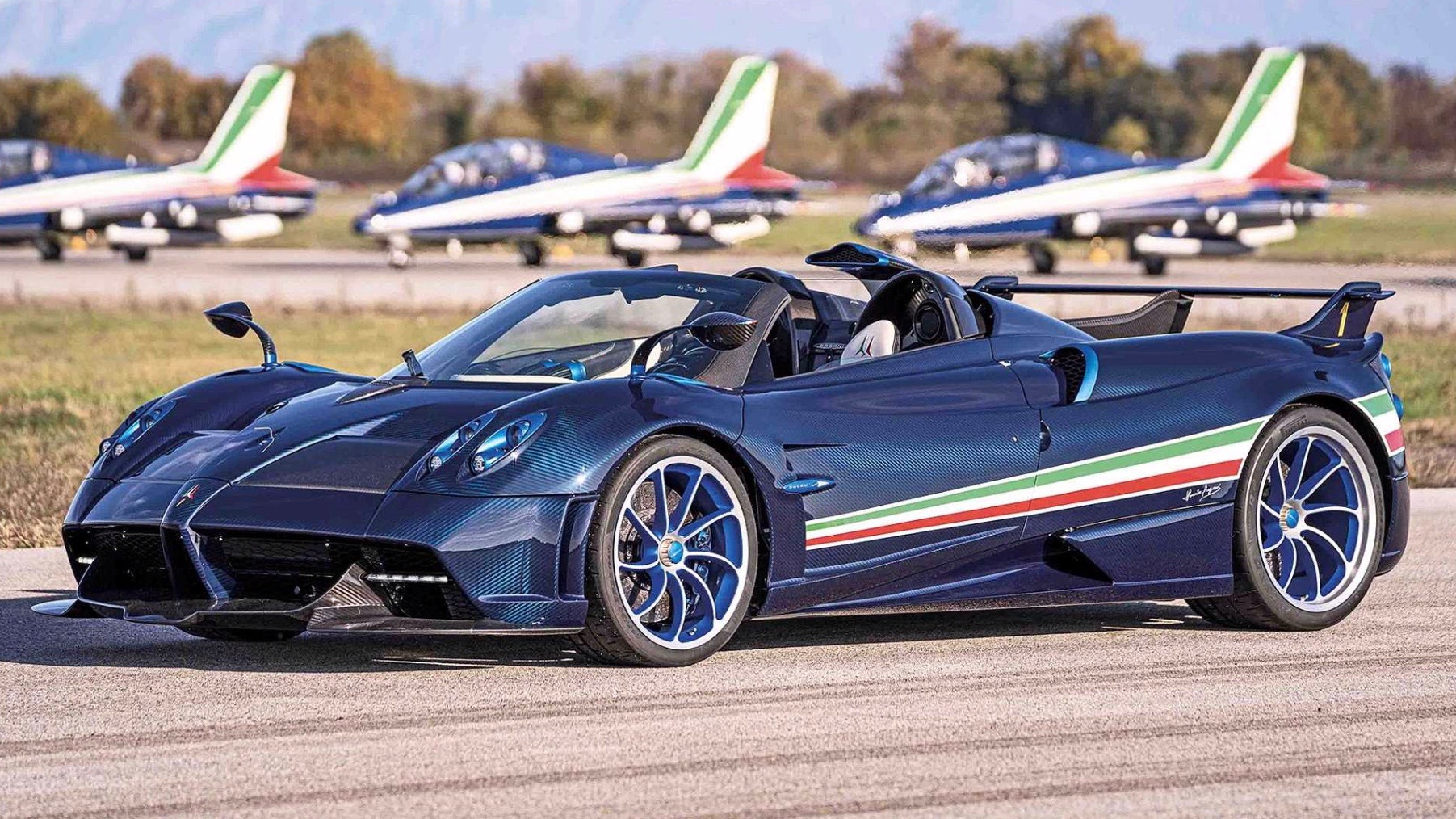 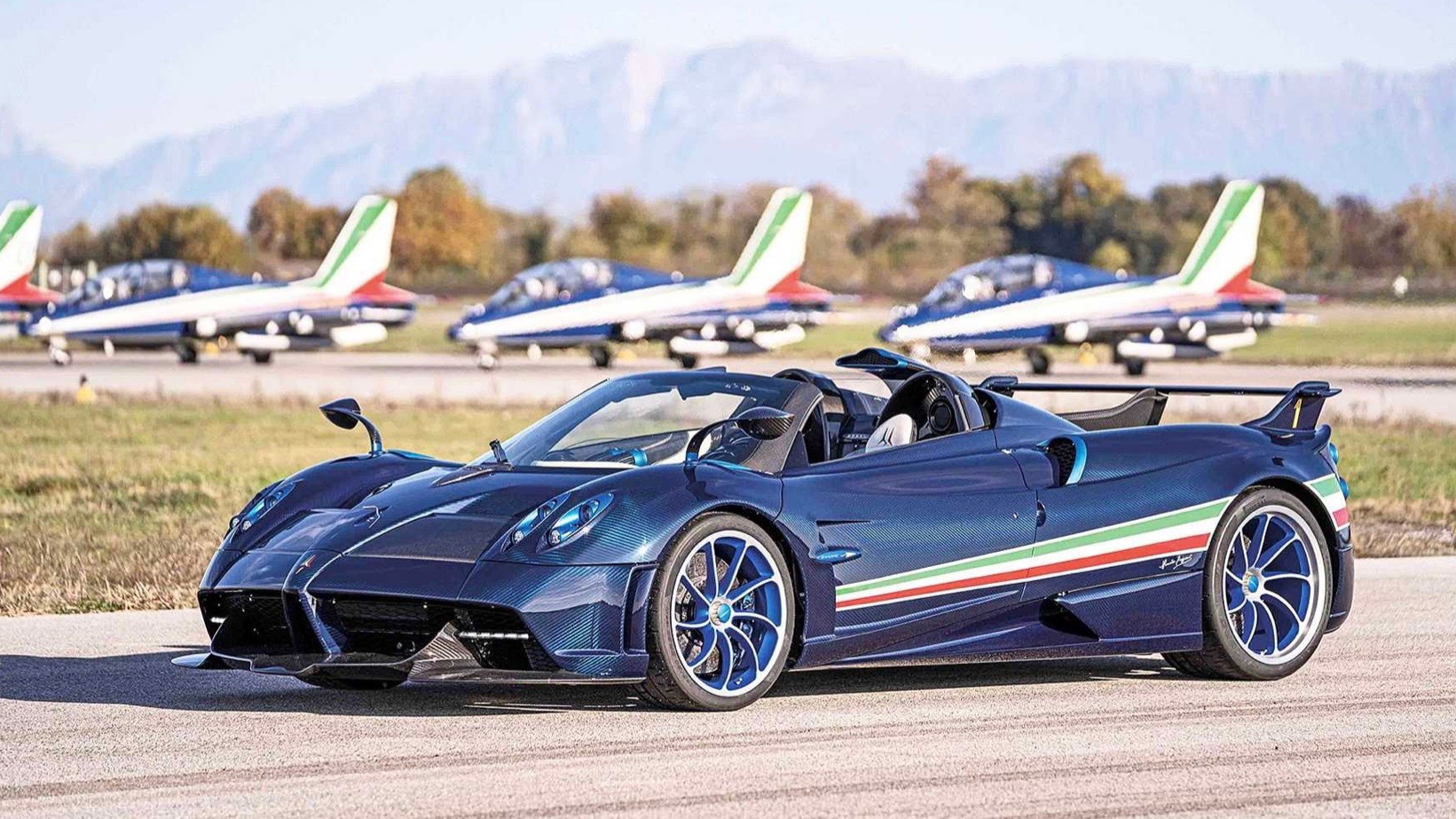 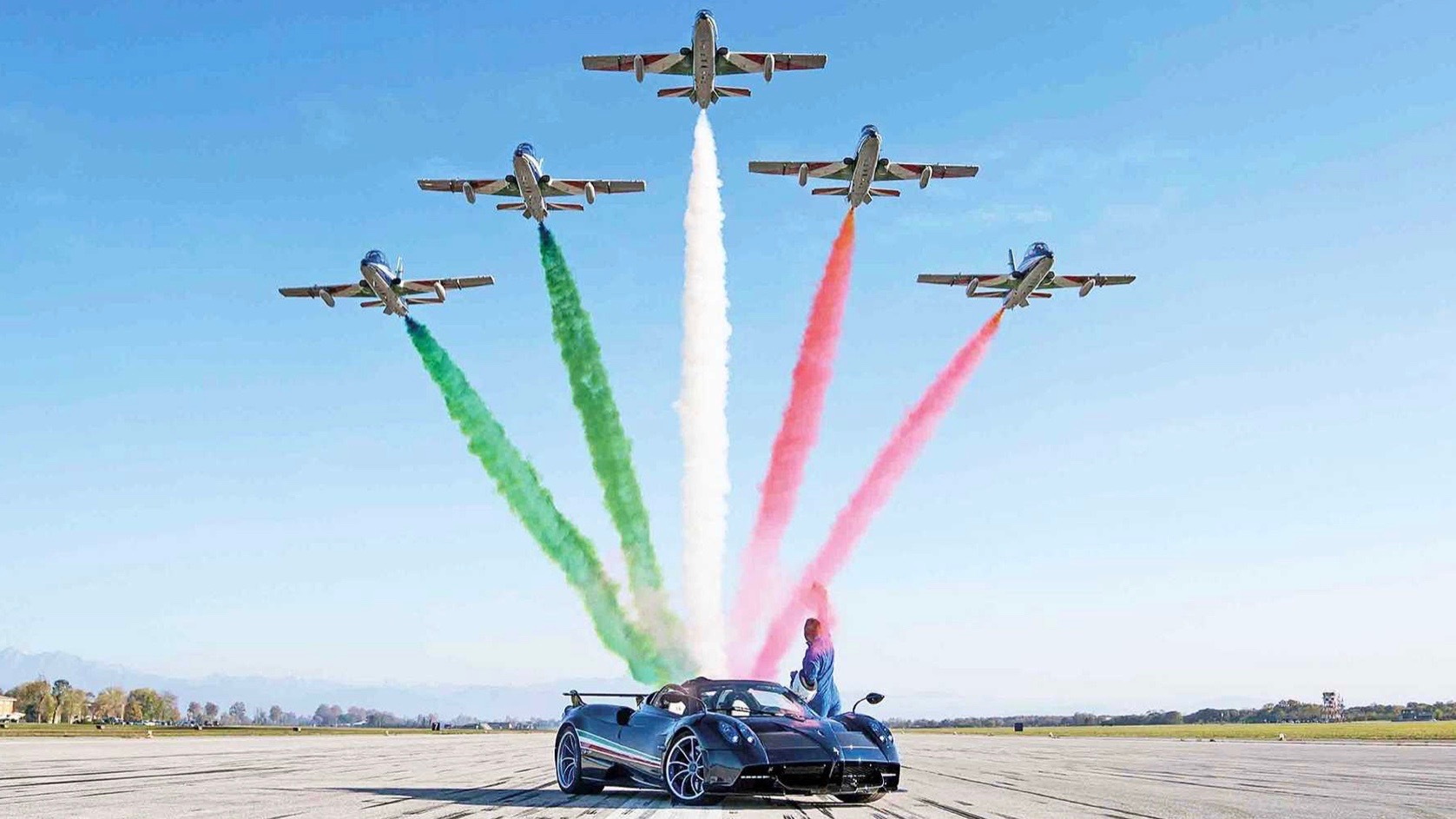 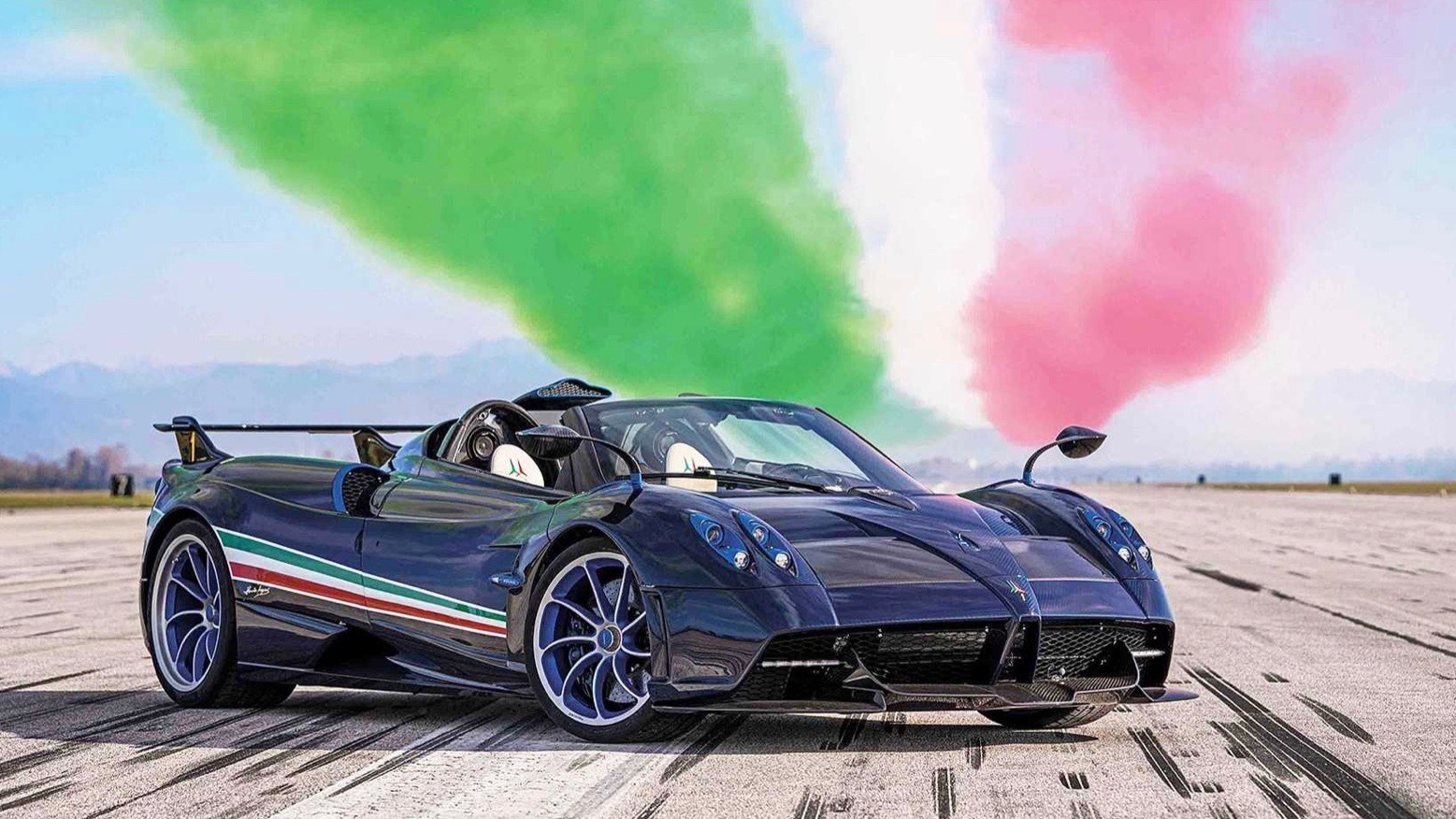 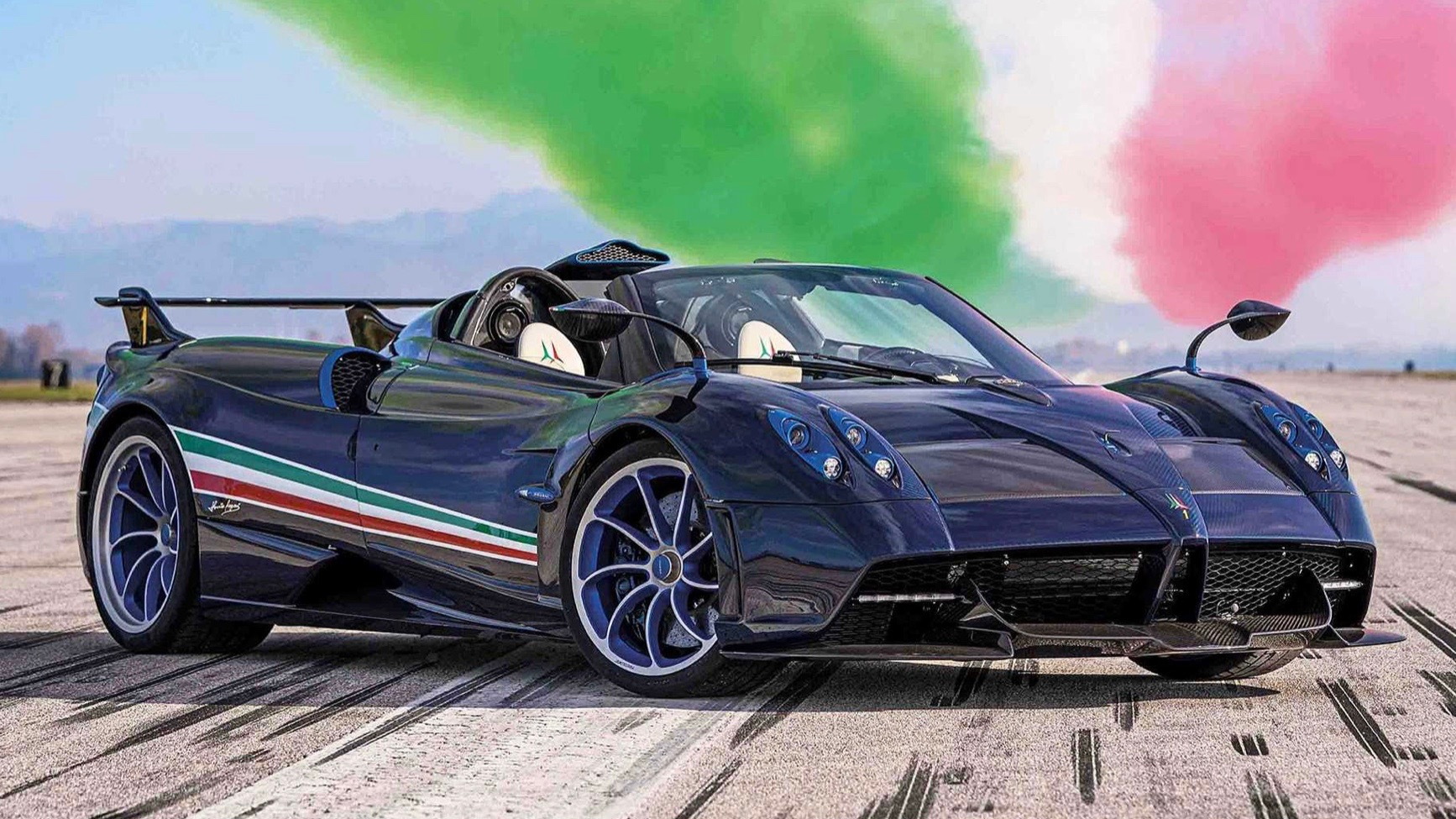 About a decade ago, Pagani unveiled the Zonda Tricolore, a special edition celebrating the Frecce Tricolori—the Italian Air Force aerobatics team. Now Pagani has revealed a new Tricolore based on the Huayra with production limited to just three cars.

First reported by Motor1, the Tricolore uses the same Mercedes-AMG 6.0-liter V-12 engine as other Huayra variants, but tuned to produce 829 horsepower and 811 pound-feet of torque. That's 2 hp more than the Huayra Imola track car Pagani unveiled earlier this year, with the same torque output. The Tricolore has a slightly higher dry curb weight of 2,800 pounds, compared to 2,747 pounds for the Imola.

Power from the mid-mounted V-12 is sent to the rear wheels through a 7-speed sequential transmission. Pagani hasn't quoted performance figures for the Tricolore.

The special edition wears a livery inspired by the Aermacchi MB-339 jets used by the Frecce Tricolori. It also gets a different front bumper with larger intakes, a prominent front splitter, and a model-specific rear spoiler.

On the inside, the Huayra Tricolore sports a shift knob made from a single block of aluminum, and blue anodized trim pieces made from aviation-grade alloys. Blue-and-white seats reference the Zonda Tricolore.

The Huayra Tricolore carries a price tag of $6.7 million. Like the Zonda Tricolore, it will likely be one of the last variants of the supercar it's based on. While a Huayra R model is scheduled to be unveiled in January 2021, Pagani claims to be winding down production, and has a Huayra successor in the works. The Huayra and Zonda could both technically live on forever, though, as Pagani is happy to keep rebuilding cars for customers upon request.