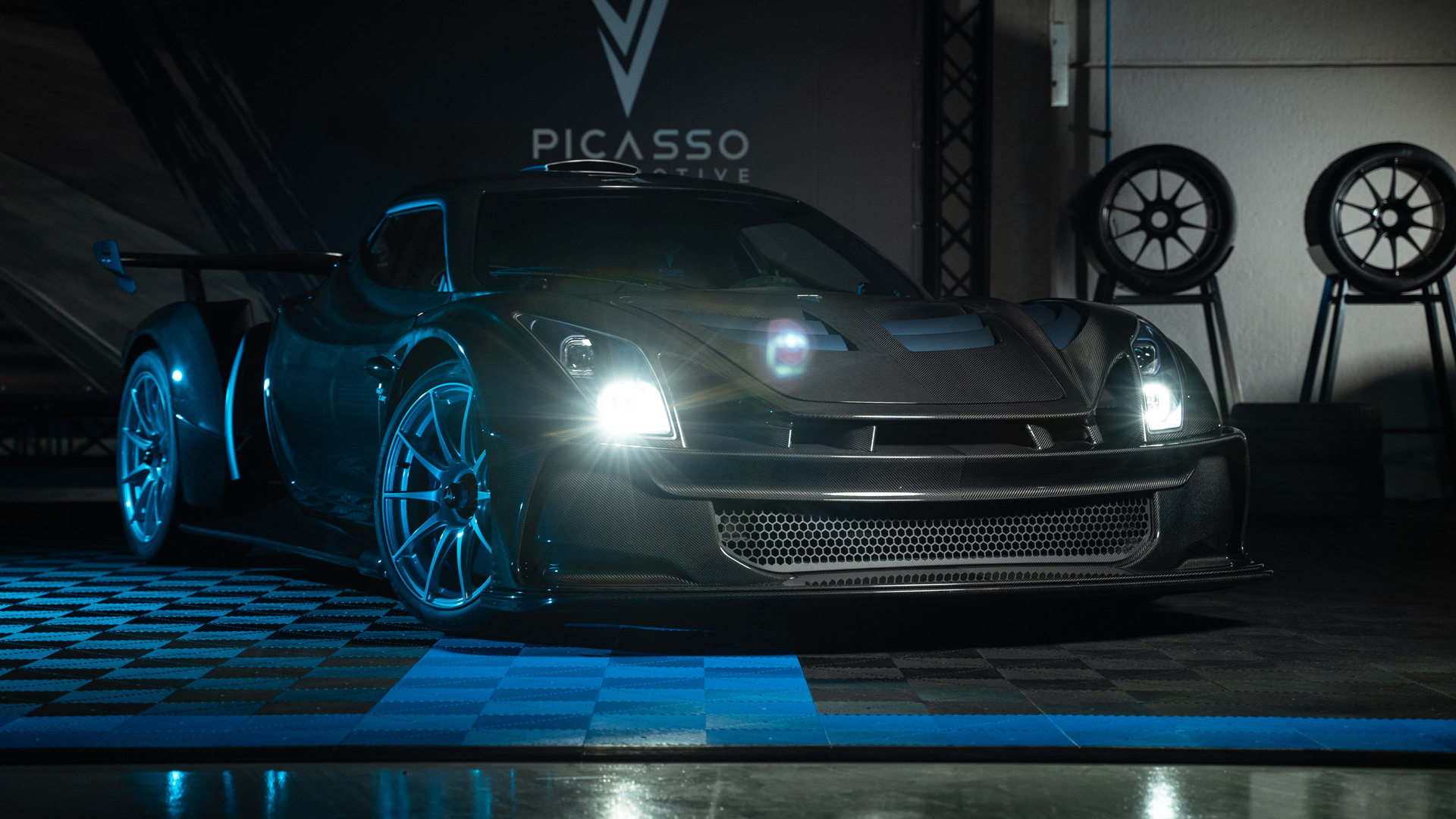 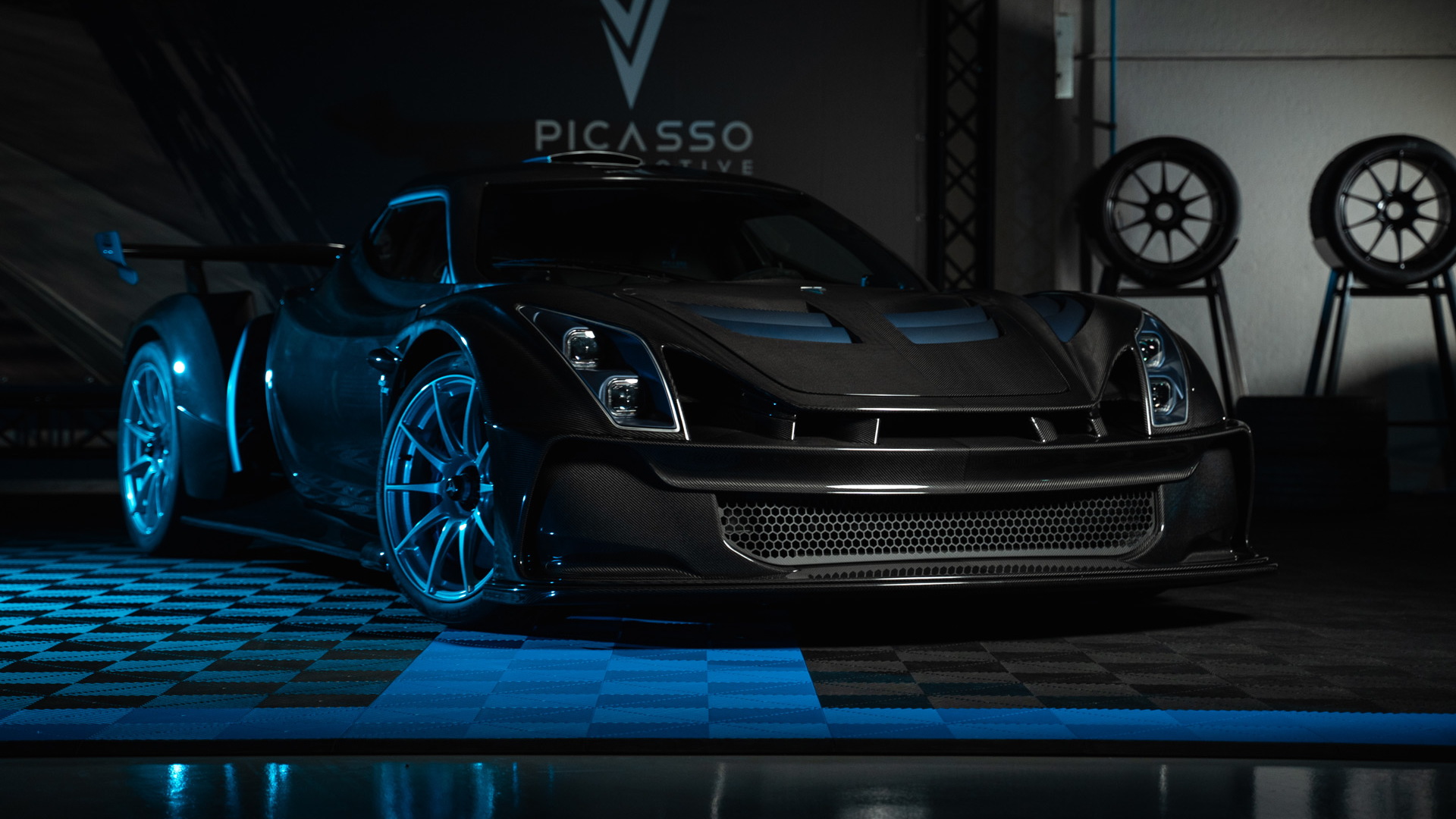 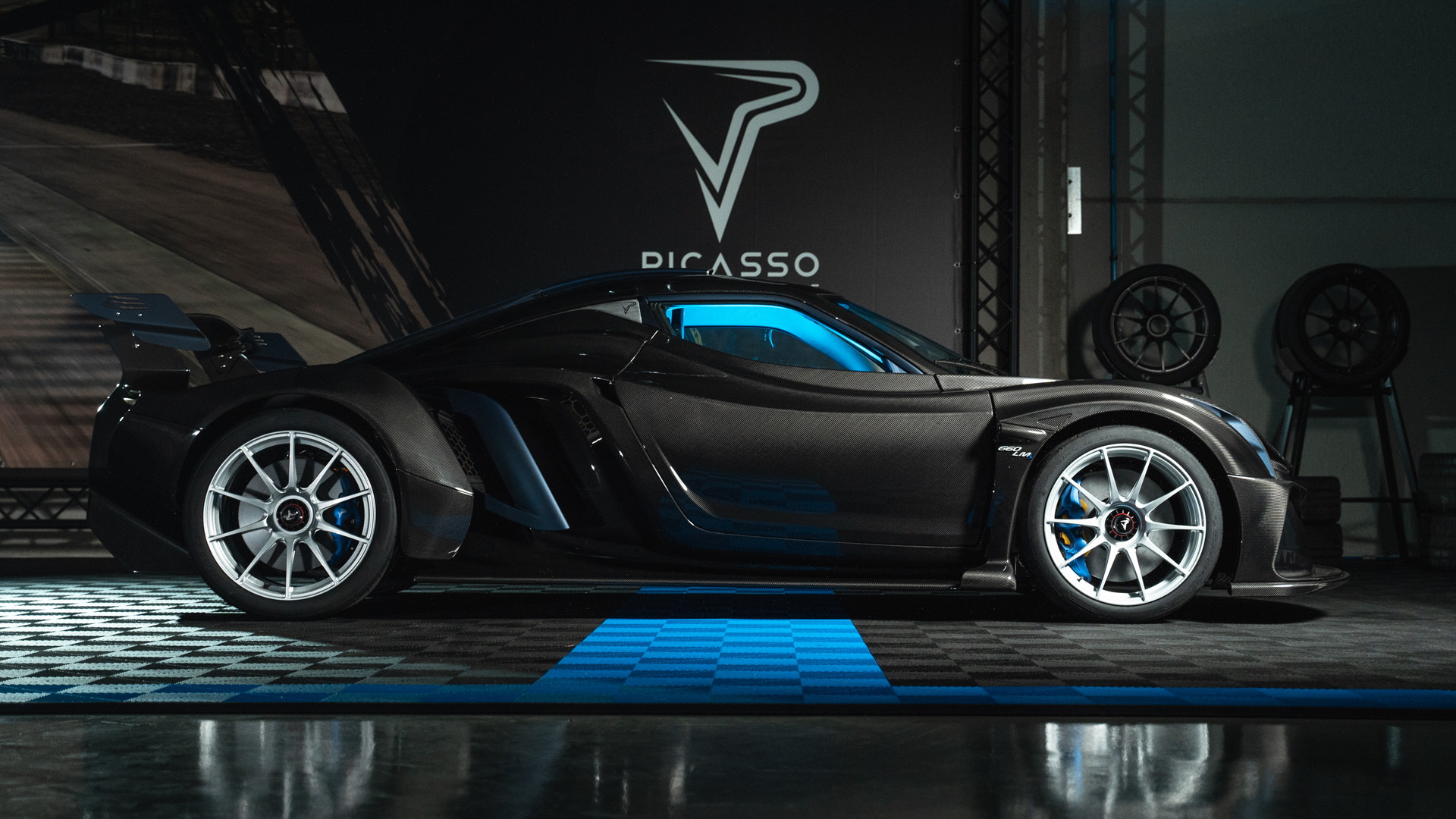 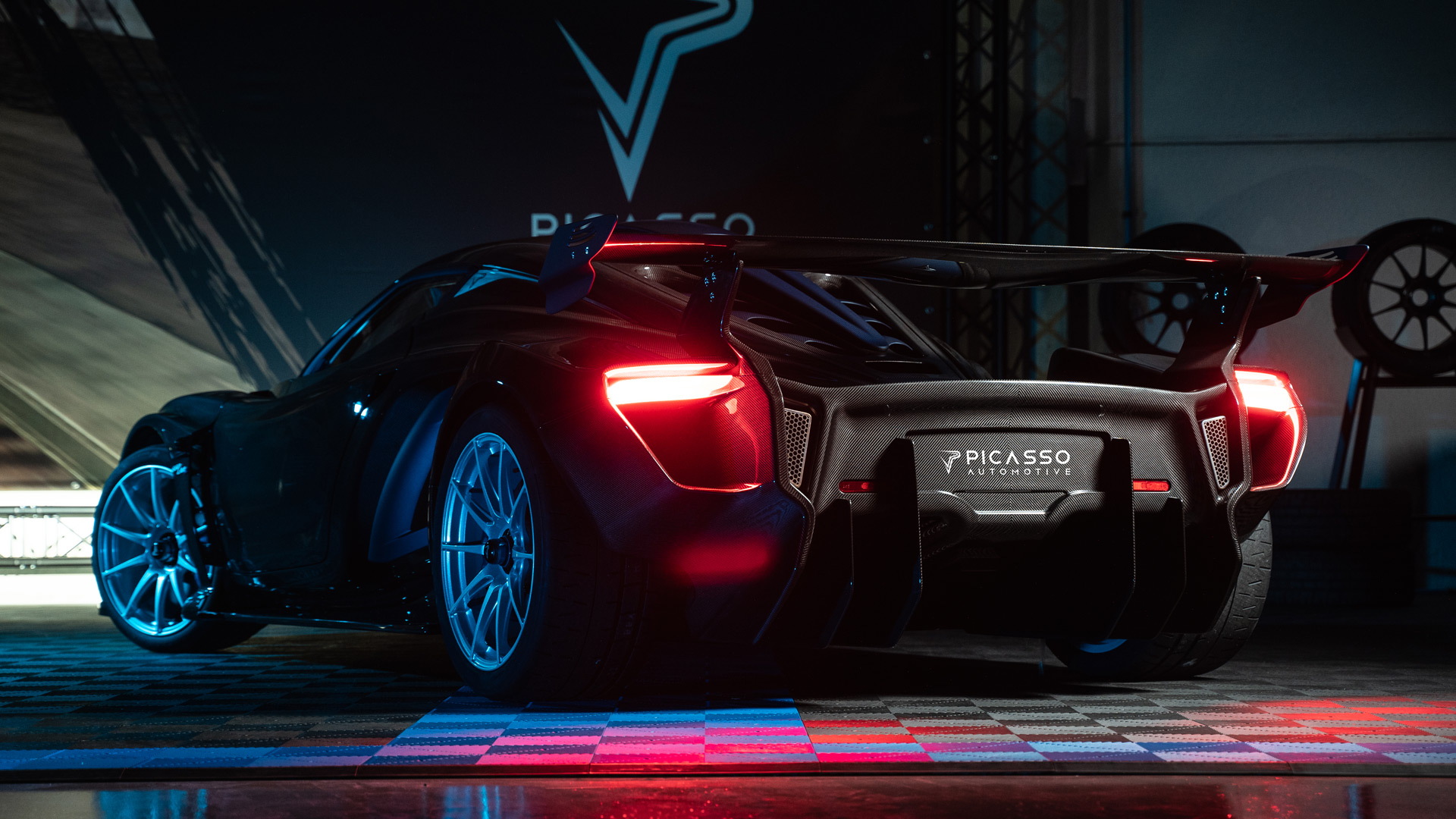 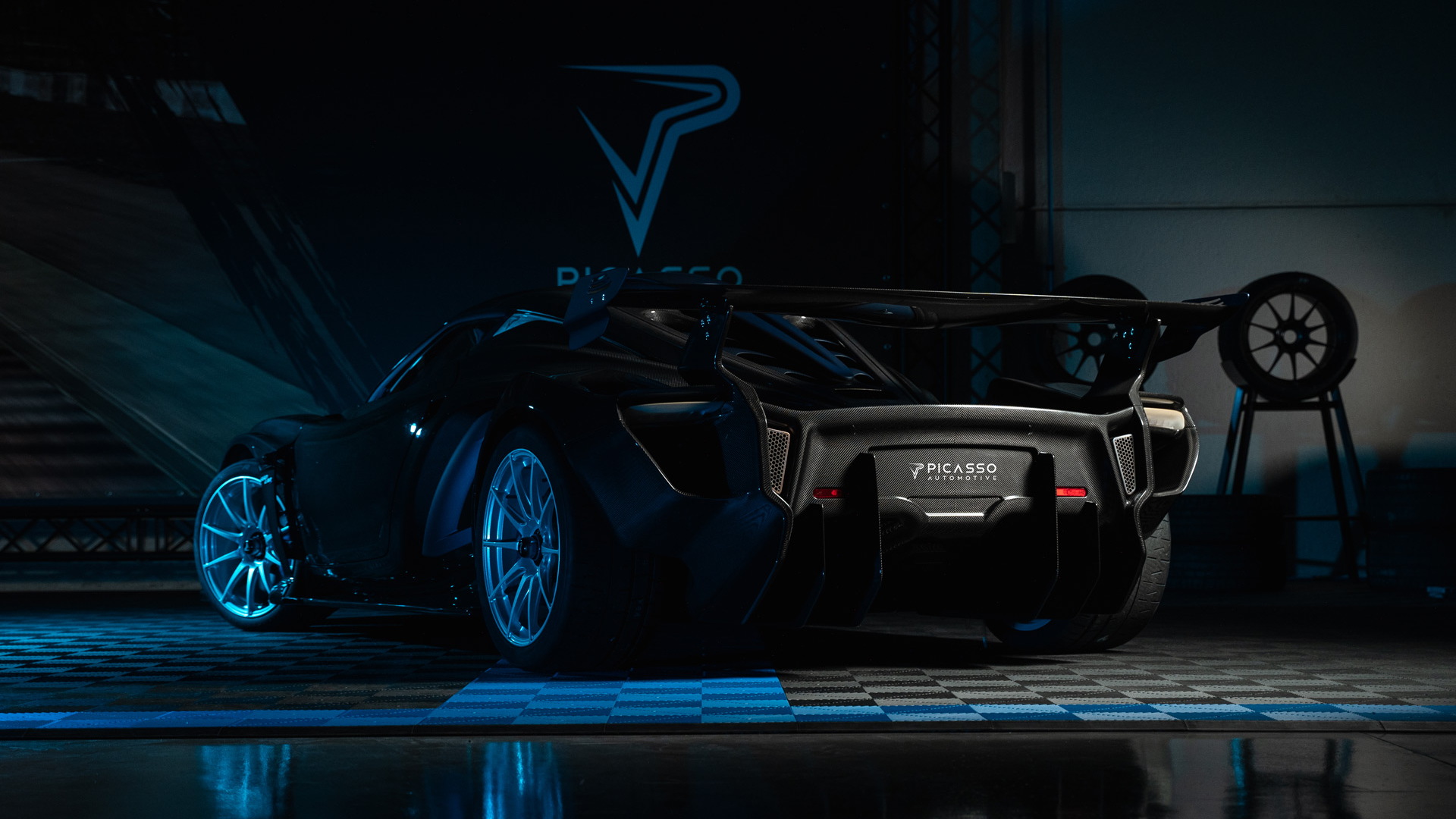 There's a new company out to take on the established supercar marques, and its name is Picasso Automotive.

Based in San Vittore, Switzerland, Picasso revealed its first product on Wednesday in the form of the 660 LMS supercar. The debut took place at 2022 Top Marques Monaco.

The 660 LMS is a no-nonsense track machine that's also capable of being driven on the road, and since it's based on proven technology, unlike many of the fanciful electric hypercars we've seen in recent years, there's a good chance it will make it to production.

The car takes inspiration from the world of Le Mans sports prototypes and has been designed from the ground up by Picasso. The aim of the project was to create a raw and gritty supercar that could be appreciated on the road and track by professional drivers and amateuers alike, according to company CEO and founder Stefano Picasso.

The car features carbon-fiber construction throughout, helping it to weigh in at just 2,160 pounds. So extreme were the weight-saving measures that Picasso chose to build the rear frame out of carbon fiber, instead of steel like in most supercars, even those with carbon-fiber monocoque structures. Picasso even chose to skip metal brackets for the body panels.

Power comes from a bespoke 3.0 twin-turbocharged V-6 that's mid-mounted and tuned to deliver a peak 651 hp and 531 lb-ft of torque. That might not sound like much compared to the current crop of hybrid supercars, but with its light weight, the 660 LMS can claim a power-to-weight ratio of one horsepower for roughly every 3.3 pounds of weight.

The billet aluminum engine is supplied by Italy's Autotecnica Motori and features dry-sump lubrication, an 8,000-rpm redline, and titanium exhaust. Drive is to the rear wheels only, via a Sadev 6-speed sequential transmission.

The suspension consists of aluminum double wishbones with push-rod dampers at both ends, and the wheels are forged pieces measuring 19 inches up front and 20 in the rear. The standard tires are Pirelli P Zero Trofeo R tires measuring 245/35 up front and 315/30 at the rear, while the brakes are Brembos with six-piston calipers and 13.8-inch rotors up front joined by four-piston calipers and 14-inch rotors at the rear. Interestingly, sensors in the brake pads can warn the driver if temperatures are getting too hot.

The exterior design clearly adheres to the rule of form following function. The car looks like a LMP2 race car, and that probably helped the team in achieving the impressive levels of downforce being produced. Thanks to some active aerodynamics, peak downforce reaches 1,985 pounds at the car's top speed of 195 mph.

Inside, there's nothing but the bare essentials. Carbon fiber is found on almost all surfaces, including for the seats which are sourced from Sabelt and feature six-point harnesses. The steering wheel is also made from carbon fiber and features Alcantara grips and carbon-fiber shift paddles. Key information is provided by a 7.0-inch digital instrument cluster with touch capability, as well as a digital rearview mirror. Rotary dials provide easy control of important features like ABS, traction control and engine mapping.