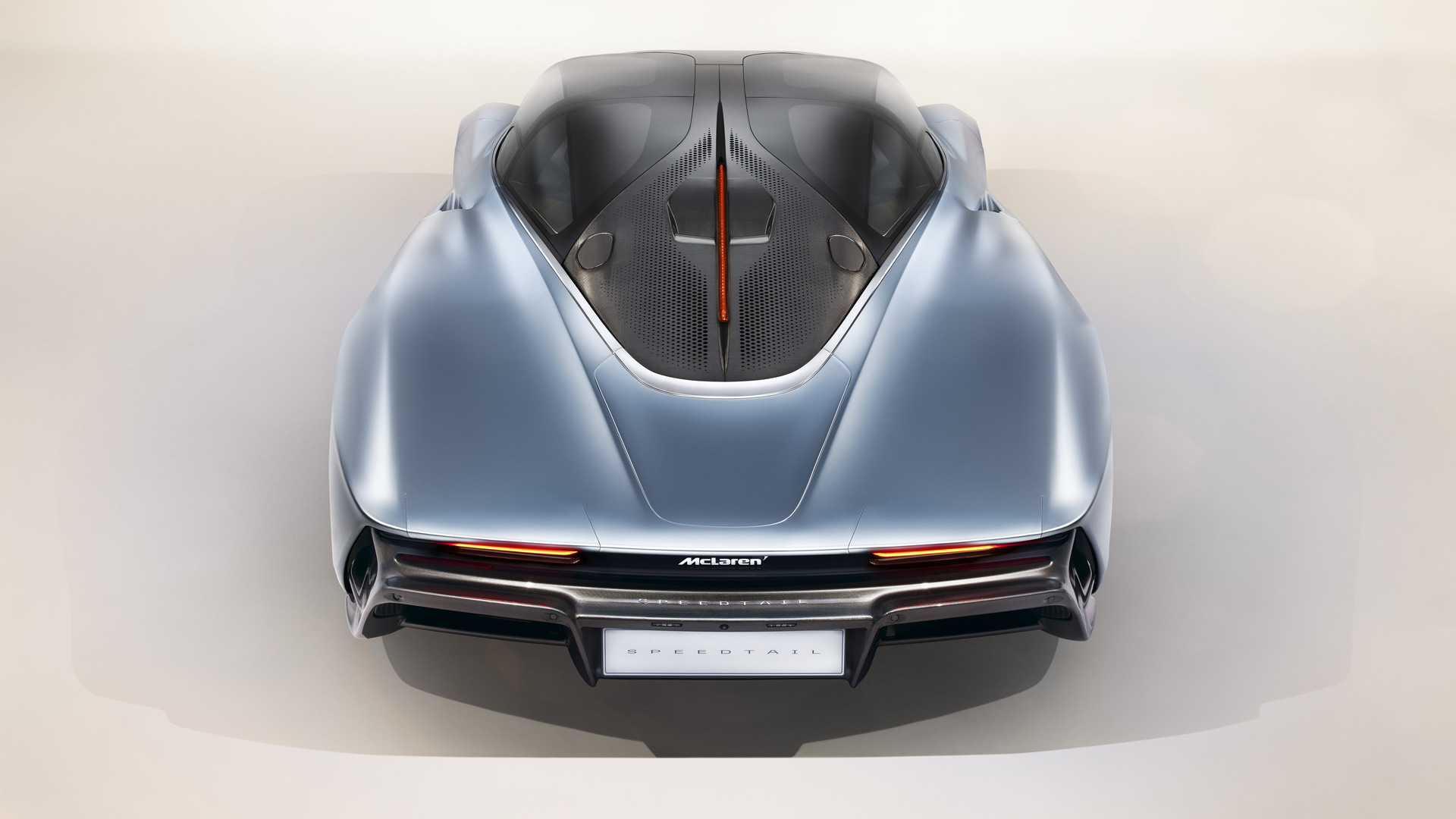 Deliveries of the McLaren Speedtail, the latest addition to McLaren's Ultimate Series of hypercars, commenced in March but the first example has only now reached the United States due to delays caused by the Covid-19 coronavirus pandemic.

The first example was delivered earlier in August to Miller Motorcars, in Greenwich, Connecticut, the same dealership that recently took delivery of the first Bugatti Divo in the country.

McLaren will build just 106 examples all up, the number matching the original run of the McLaren F1. McLaren calls the Speedtail the spiritual successor to the F1, since it was designed as a grand tourer rather than a track car. It even has a three-seat layout with the driver sitting center, just like in the F1...and the forthcoming GMA T50, a.k.a. Gordon Murray's own spiritual successor to the F1 he designed.

Following the Speedtail's reveal almost two years ago—yes, it has been that long—McLaren told Motor Authority that roughly a third of all Speedtails have been bought by customers in the U.S., with the original price set at $2.25 million. Because of the seating position and cameras instead of side mirrors, the Speedtail doesn't meet local regulations. Instead, customers need to import it via “Show or Display” rules if they plan to drive it on local roads.

They'll definitely want to drive it as much as they can. It's the fastest McLaren to date, with the car's top speed confirmed at 250 mph—or 9.9 mph faster than the F1 managed back in the 1990s. This is made possible by a peak output of 1,055 horsepower and 848 pound-feet of torque, generated by a hybrid system combining a 4.0-liter twin-turbocharged V-8 and an electric motor. Drive is to the rear wheels only.

And unlike the relatively compact F1, the Speedtail is huge, measuring 202.8 inches in length, or about as long as a full-size sedan. It also doesn't look like anything else on the road, meaning it's sure to grab attention wherever it goes. Oh, and those strange wheel caps mounted at the front? These remain fixed in position as the wheels rotate, with their flat surface smoothing airflow around what would otherwise be a turbulent aerodynamic area. Typically, the revolution of a wheel drives air away from the vehicle, but the static wheel covers keep the air attached to the car and guides it rearward along the flanks, helping to streamline the flow.