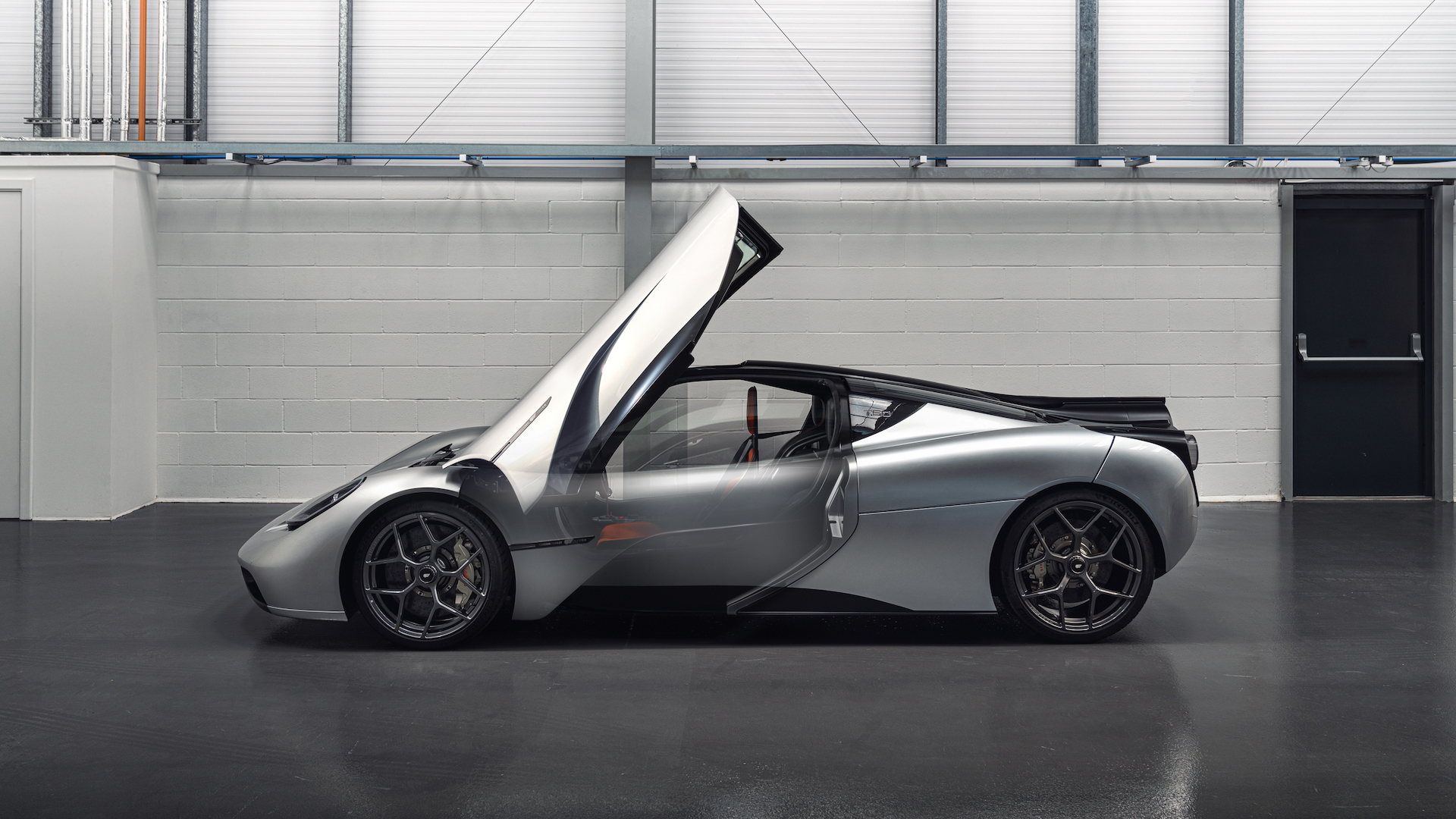 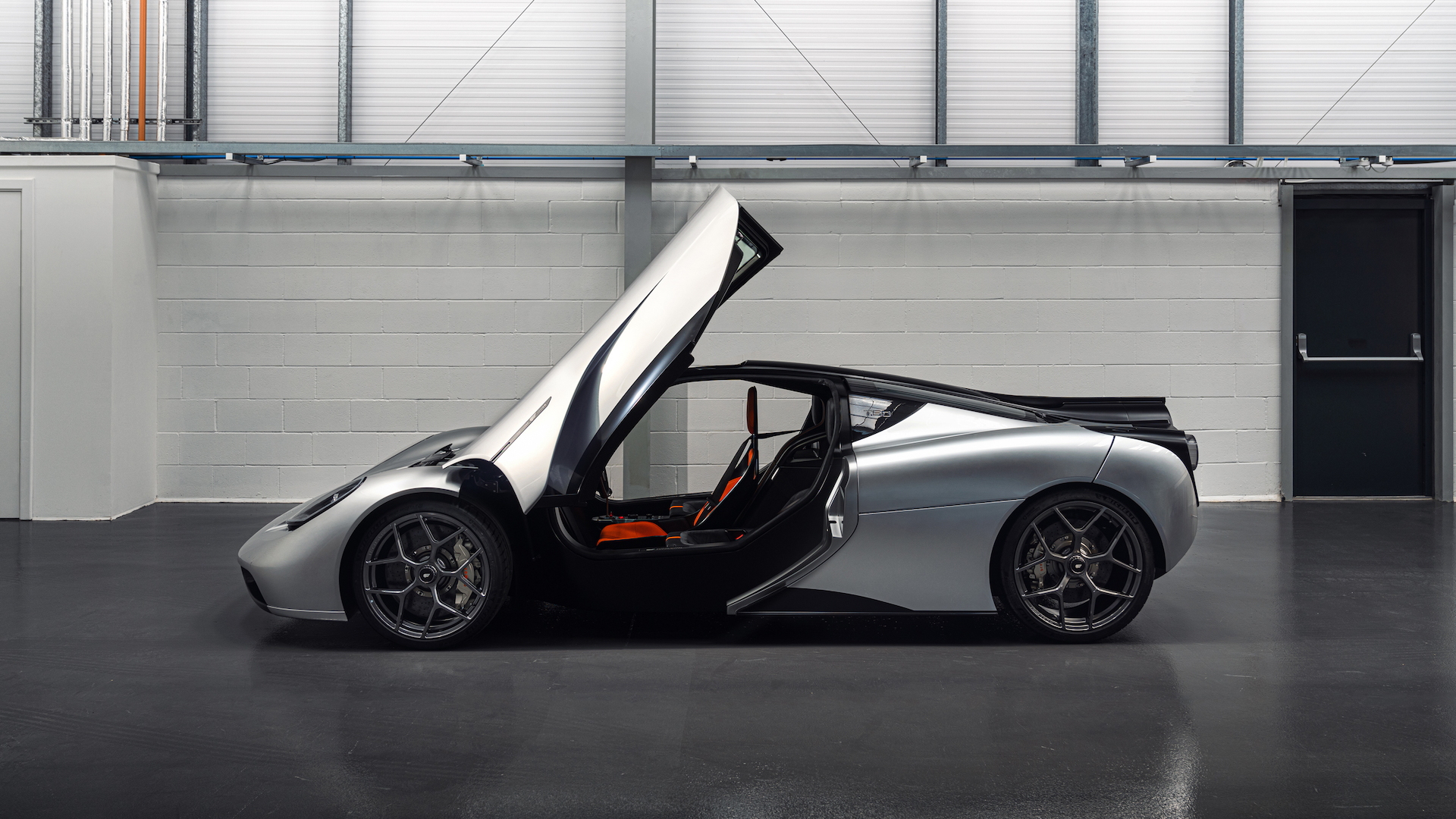 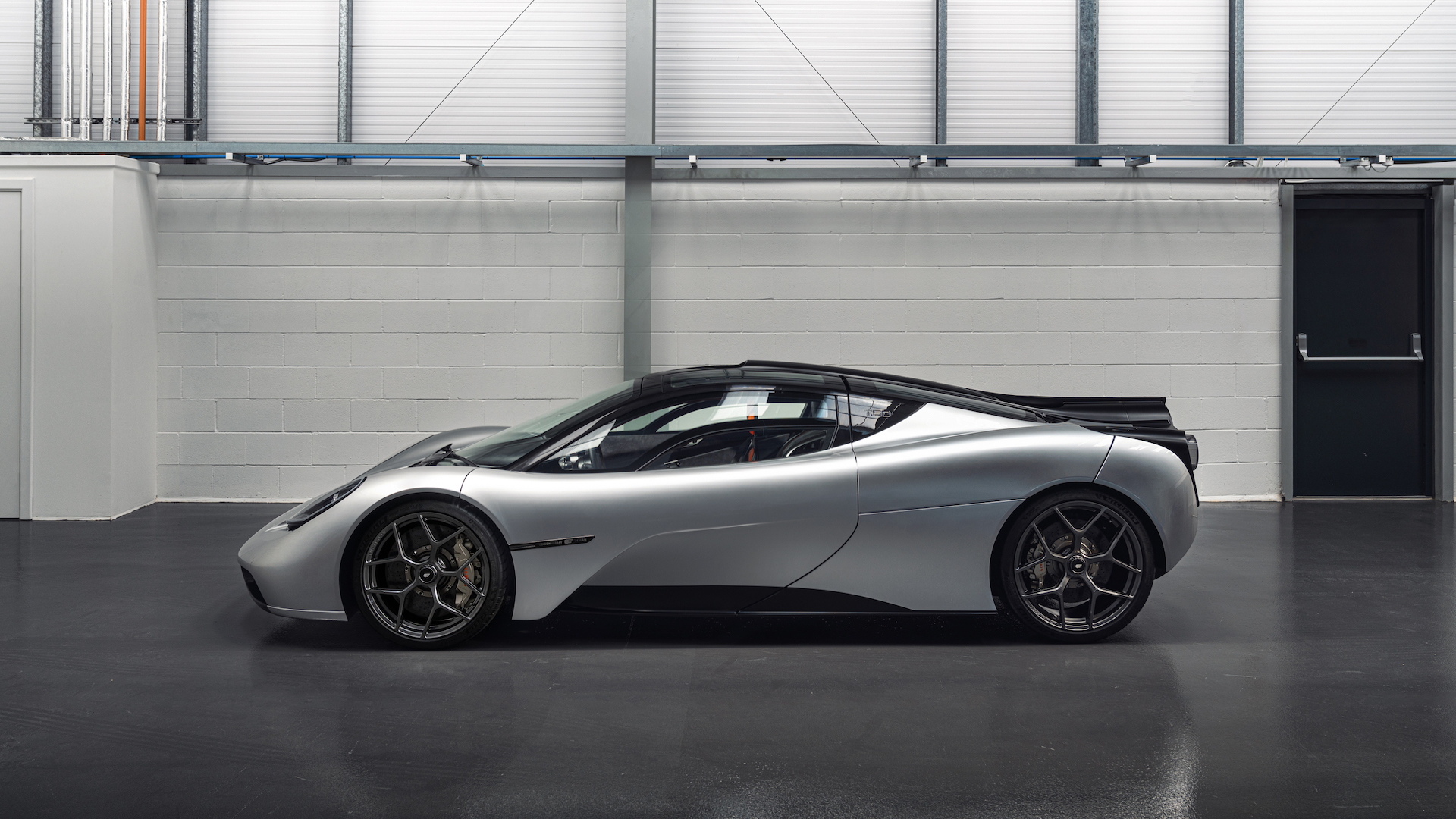 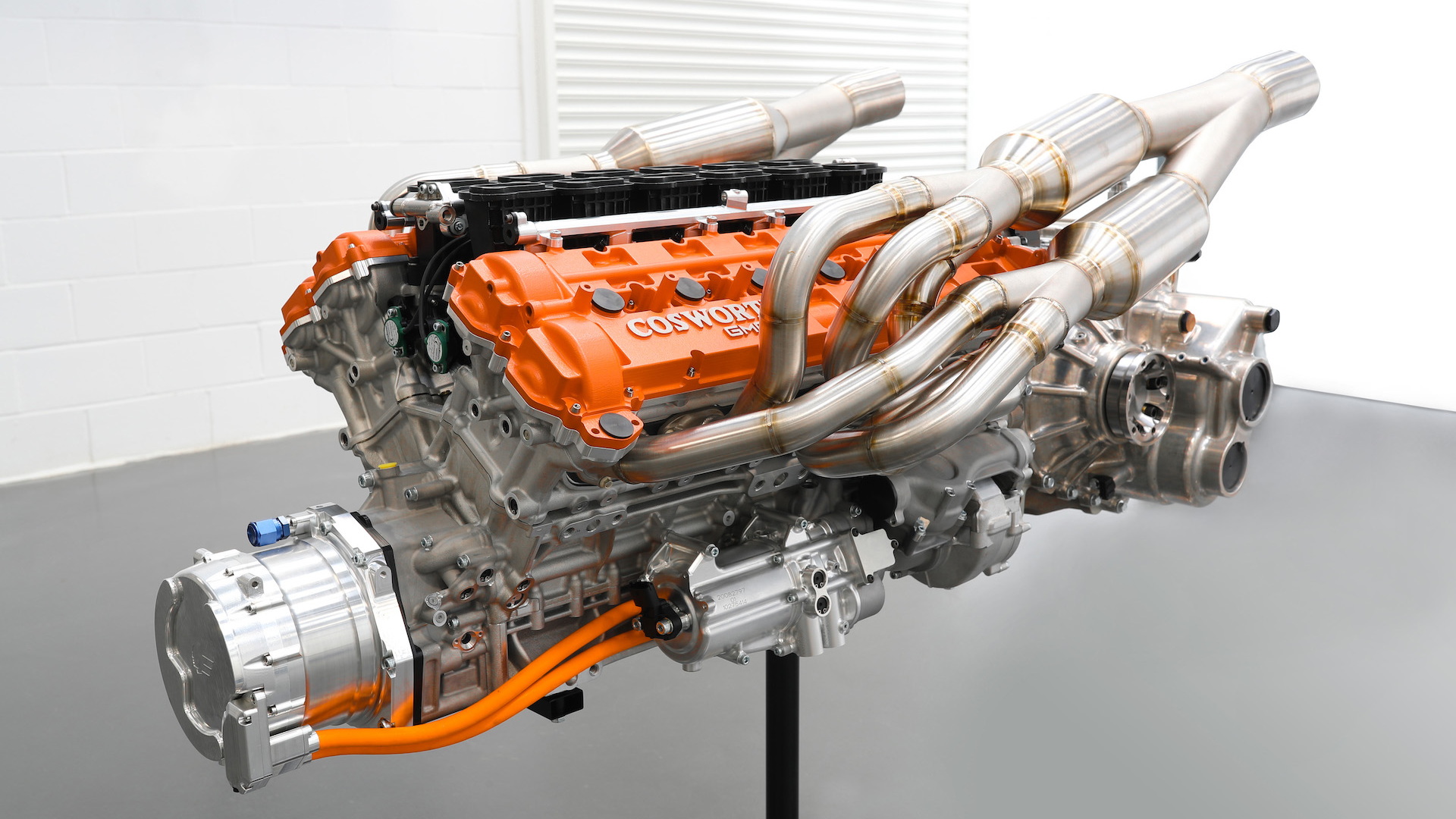 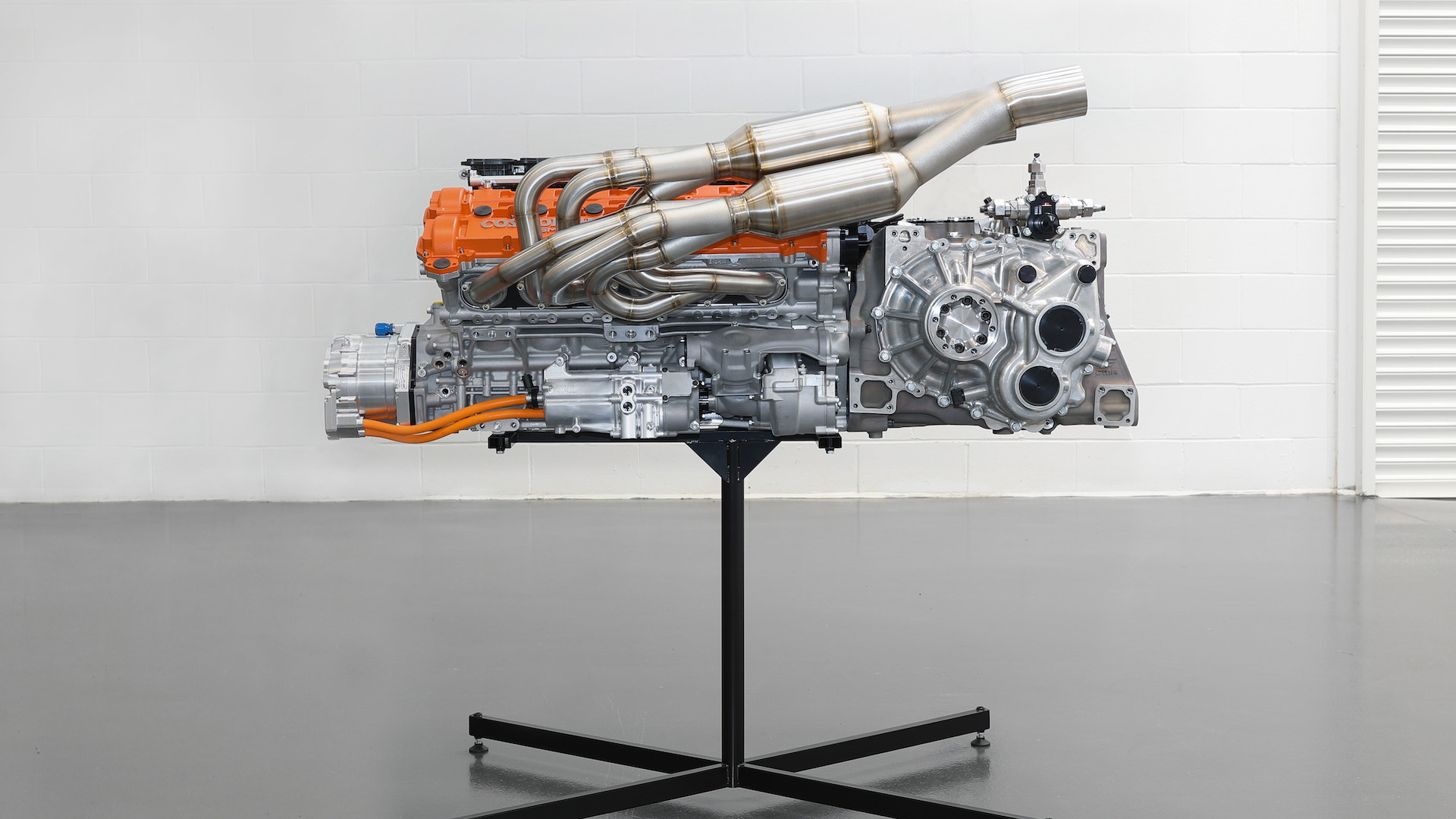 Gordon Murray designed a three-seat automotive icon in the 1990s, and now he's at it again. Gordon Murray Automotive (GMA) formally introduced the T50 limited-edition supercar on Tuesday, and the company is making a lot of claims about its lightweight structure, high-revving engine, and driver engagement. Murray calls it "the ultimate analog supercar."

Only 100 buyers will benefit from Murray's decades of experience in Formula 1 and the auto industry.

Mounted amidships is the highest-revving production engine, a normally aspirated 3.9-liter V-12 that makes 653 horsepower and 344 pound-feet of torque and spins the tach all the way to 12,100 rpm. That's 166 hp per liter, and its quick revving capability gives it neck-snapping throttle response, according to GMA. The engine, developed by Cosworth, features dry sump oiling to prevent oil starvation in hard cornering, which will be very important given the car's power and grip.

Murray also claims that the T50 features the lightest gearbox in a supercar. It's a 6-speed manual transmission (can I get a hallelujah?) developed by Xtrac. Both Xtrac and Cosworth are British companies, as are all of the T50's suppliers. The engine and transmission provide some of the car's structure.

The T50's design looks like a modern take on the McLaren F1 from the front. Low and lean, it has the footprint of a Porsche Boxster, a character line that rises from behind the front wheel to visually lighten the profile, and a bubble-shaped roof that covers the three occupants. It also lacks the typical supercar wings, skirts, and vents, letting active aero do the trick instead. 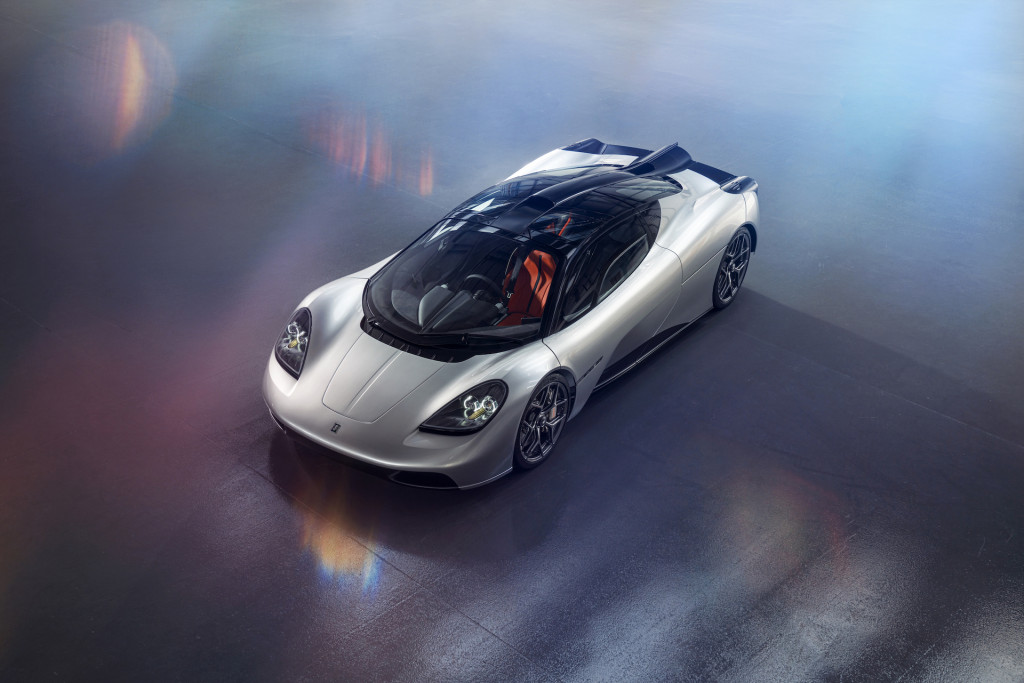 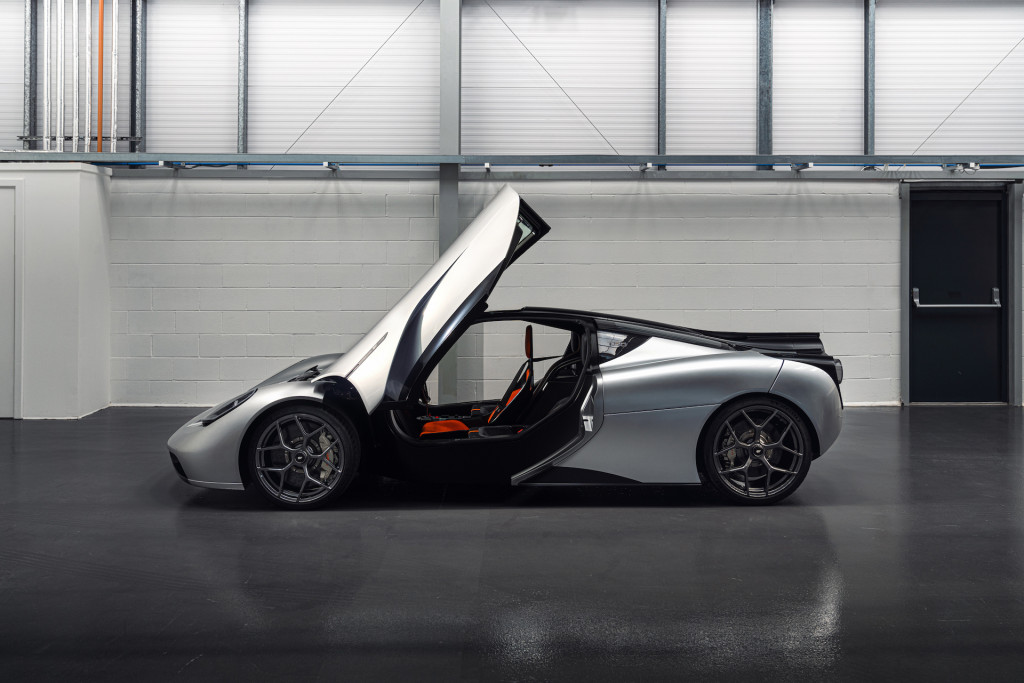 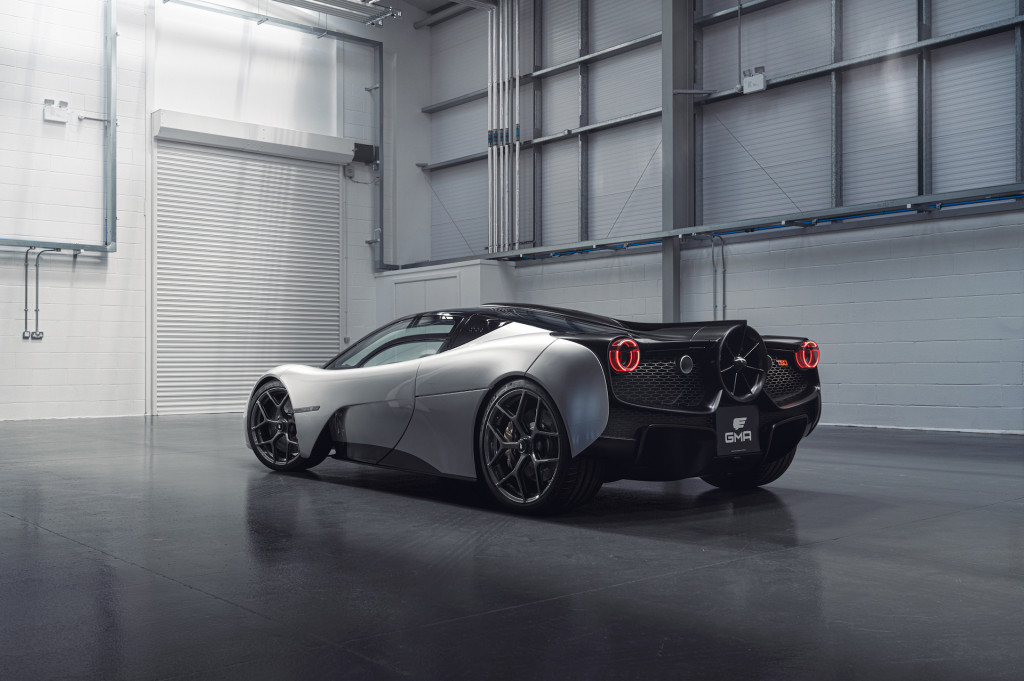 At the rear, a 15.7-inch central fan, inspired by the F1 Brabham BT46B Fan Car, works with a rear active rear spoilers and diffuser to provide six active aerodynamic settings: Auto, High Downforce, Streamline, Braking, Test, and V-Max Boost. The fan is driven by a 48-volt motor and can spin up to 7,000 rpm. The system can dump downforce by firing up the fan and lowering the spoilers to create a virtual longtail car with 12.5% less drag. Braking mode can double downforce under braking and shorten braking distance by 98 feet from 150 mph. The V-Max Boost mode teams the fan with ram induction to raise the car's output to 690 hp.

The doors and engine cover both open in a gullwing action, the latter to show off the beautiful engine. No plastic or carbon-fiber covers hide the engine.

Built on a carbon-fiber monocoque with carbon-fiber body panels, the T50 weighs just 2,174 pounds, about a third less than the average supercar, which weighs 3,166 pounds according to GMA. "I don't do heavy cars and I don't do big cars," Murray told former Indy driver Dario Franchitti during the reveal. "This was always going to be under 1,000 kilos, come hell or high water."

The suspension consists of forged aluminum double wishbones front and rear with forged aluminum uprights. No active dampers or rear-wheel steering. The T50's light weight provides its agility. The car has rack and pinion steering with low-speed power assist for best feel. Carbon-ceramic brakes with Brembo calipers bring it to a stop and reduce unsprung weight, and the car sits on Michelin Pilot Sport 4S tires, 235/35R19 up front and 295/30R20 at the rear. 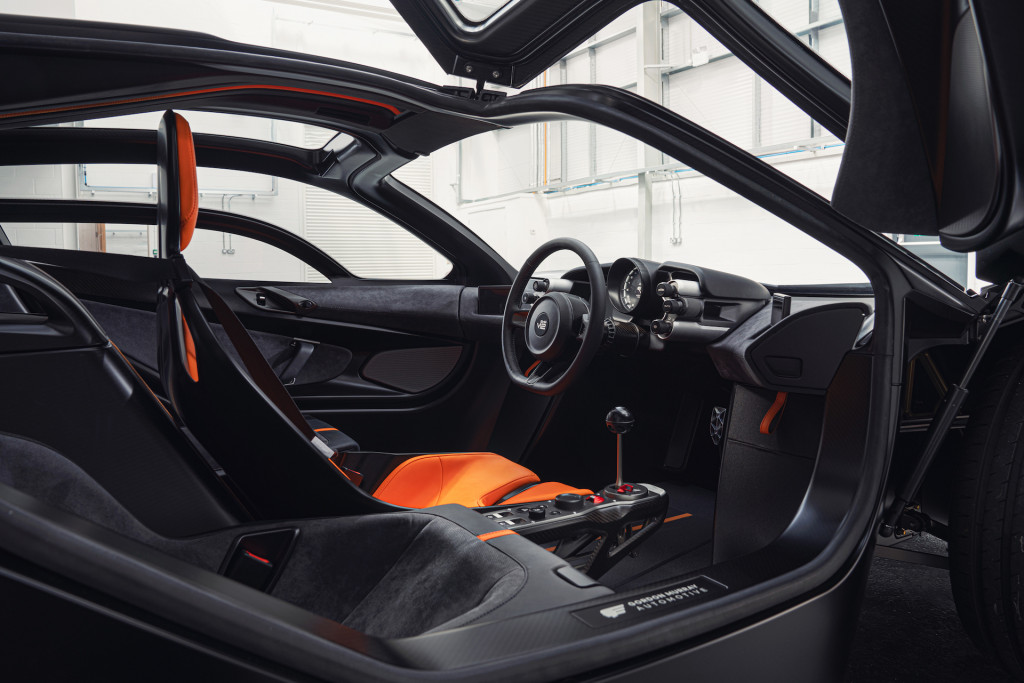 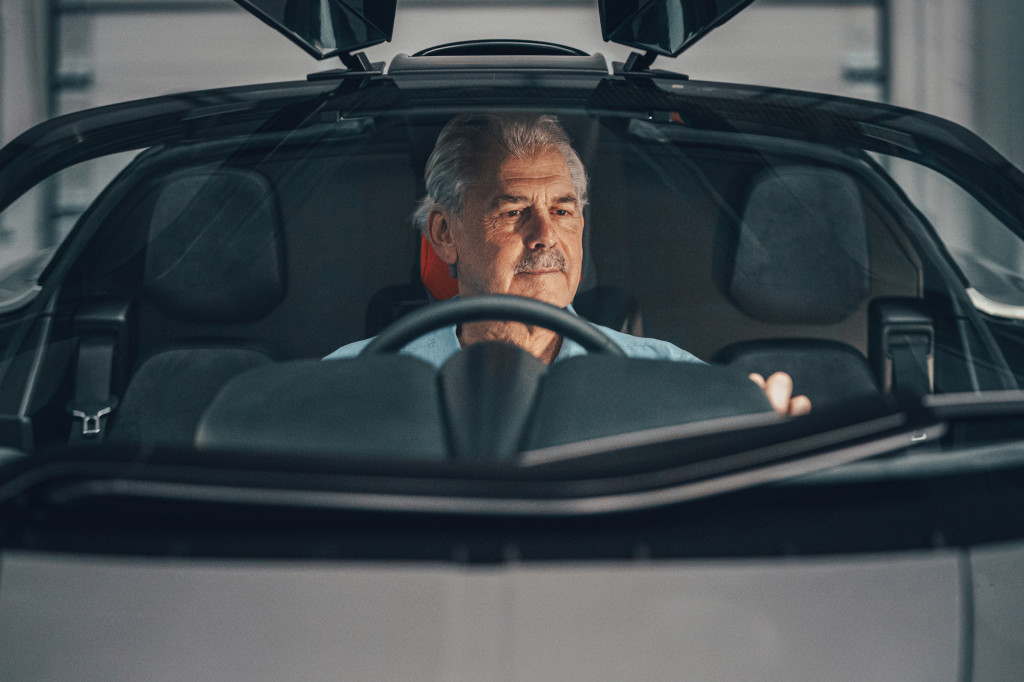 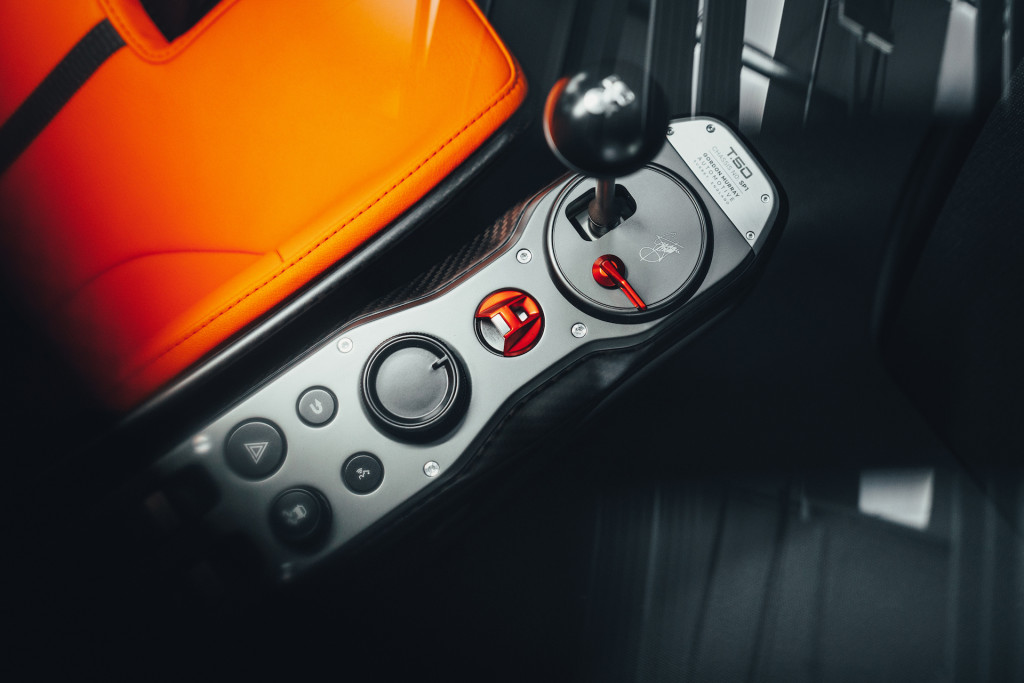 Inside, the three-seat, jet fighter-style cockpit features a centrally located driver's seat with a passenger seat set back on either side. The dash has digital screens that surround an aluminum tachometer made to look like a watch face. The throttle pedal is made of titanium. Murray says there is no plastic in the car. Apple CarPlay and Android Auto compatibility are standard, and so are Bluetooth and a 10-speaker, 700-watt audio system.

The T50 will certainly be a highly capable track machine, but GMA claims the T50 will also be comfortable for everyday driving and be entertaining and engaging at all times. A GT mode will make the engine work best on the street by limiting it to 592 hp and cutting the redline to 9,500 rpm. A Power mode unlocks the full fury. The car sits 4.7 inches off the ground up front and 5.5 inches at the rear.

The name T50 comes from Murray's history in the automotive business. This is the 50th road or race car he's designed over his 50-year career.

GMA may compete with the T50 in the WEC's new Hypercar class, and may build a track-only version of the T50.

While only 100 buyers will get a T50, it won't be soon. The car is set to begin production in January 2022. Buers will also have to pay a pretty penny. The car, which will be built in Britain, costs $3.08 million by current exchange rates. Each owner will have a fitting session to tailor the positions of the seat, steering wheel, and pedals.