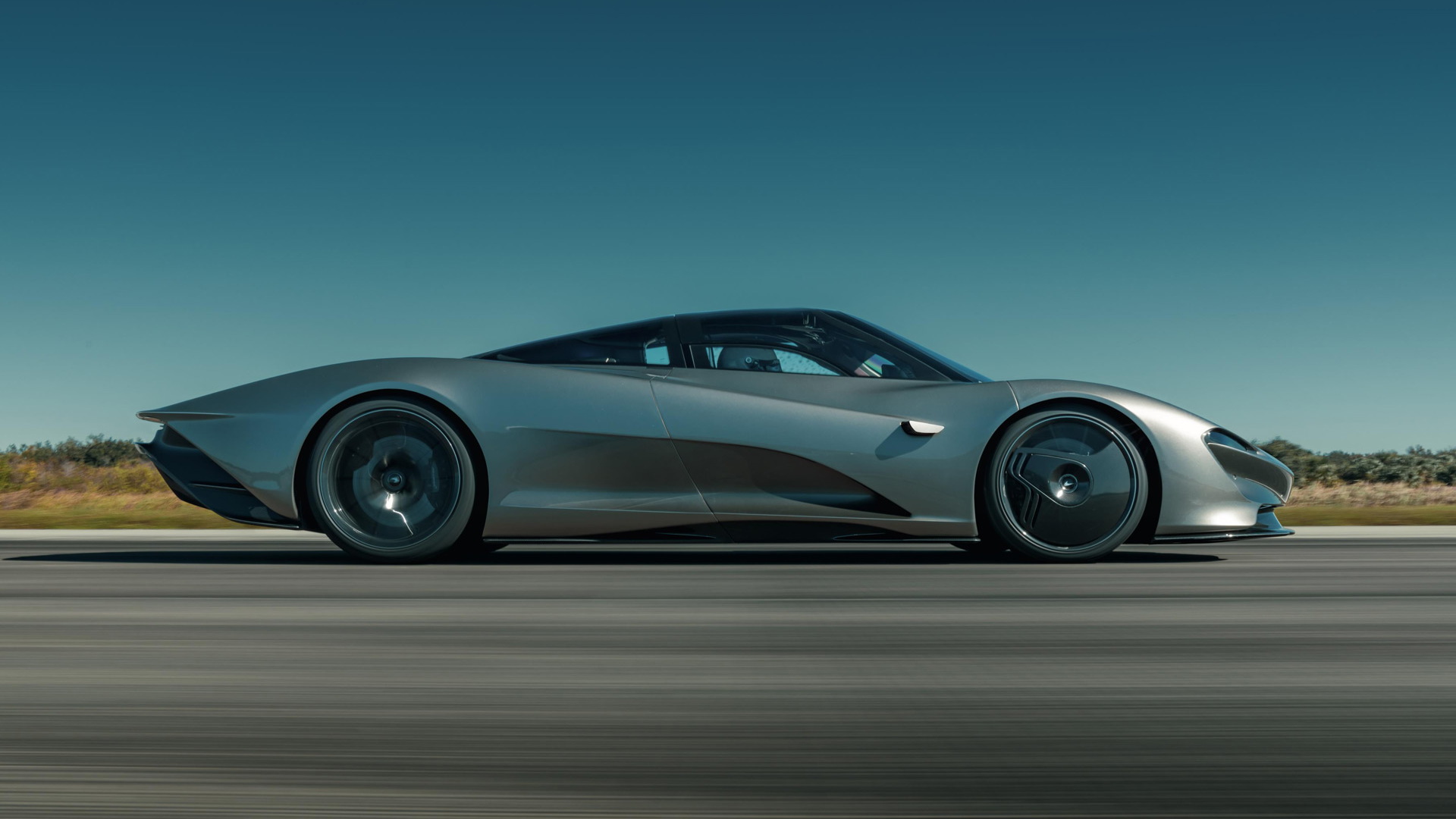 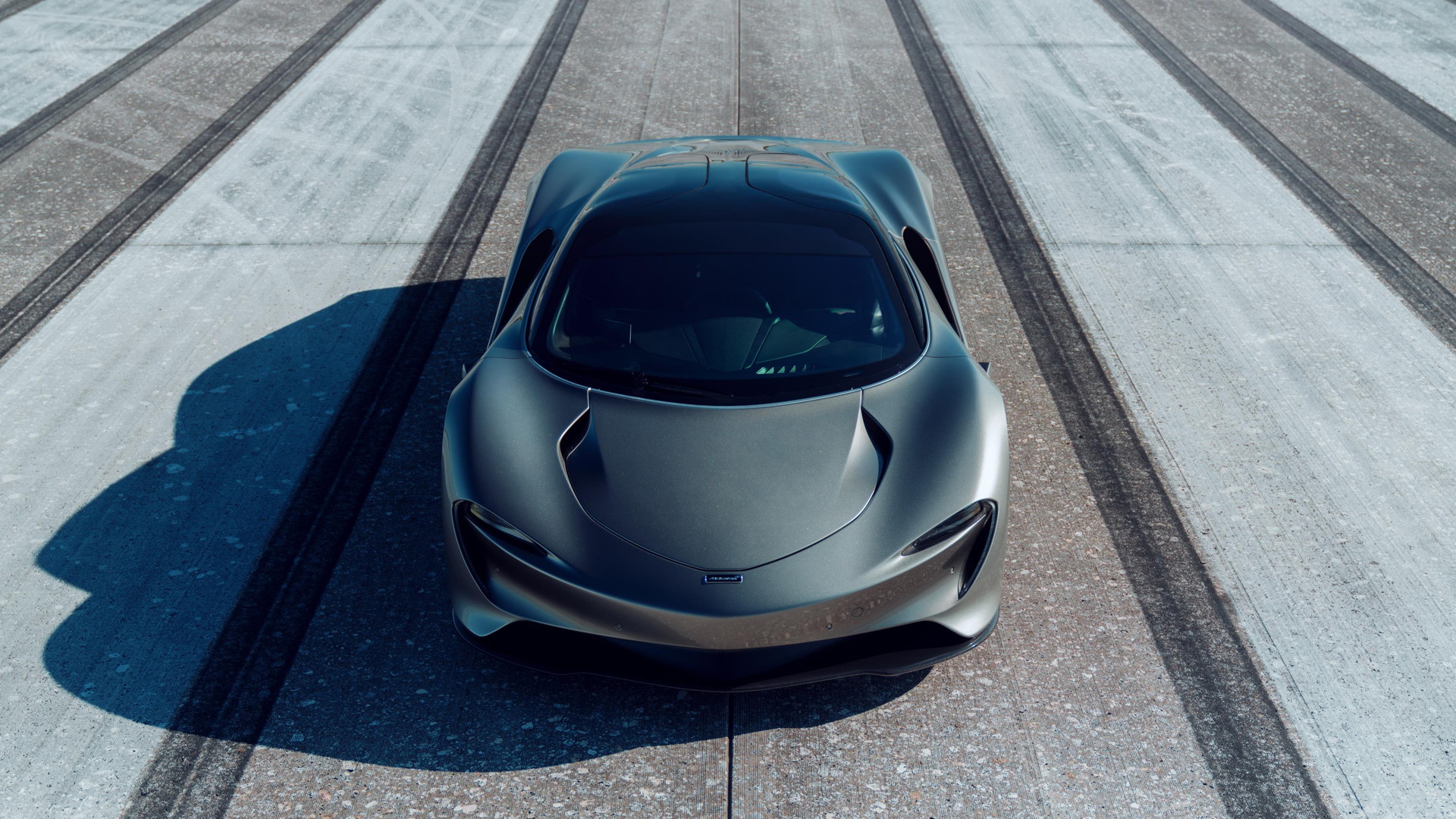 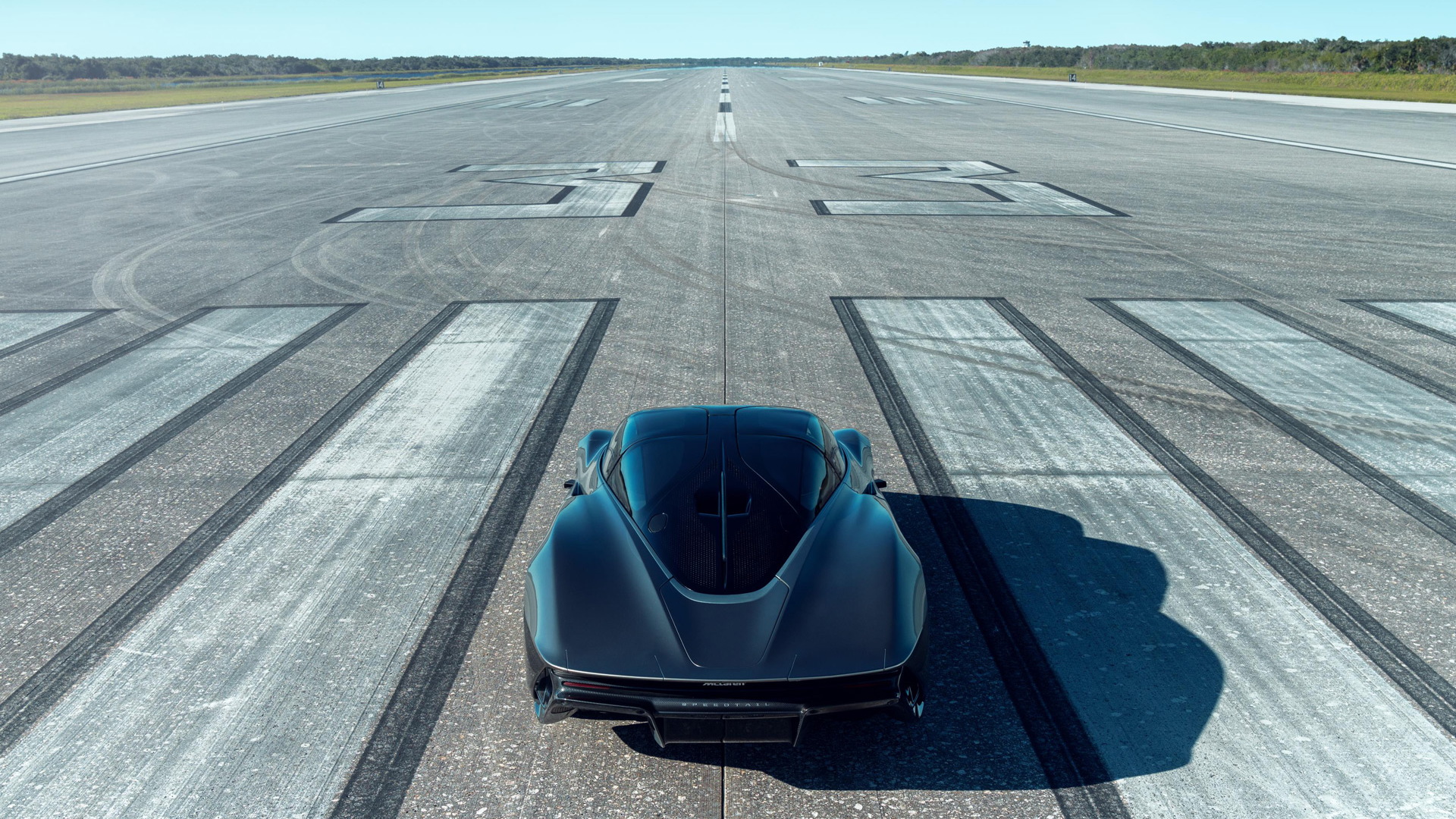 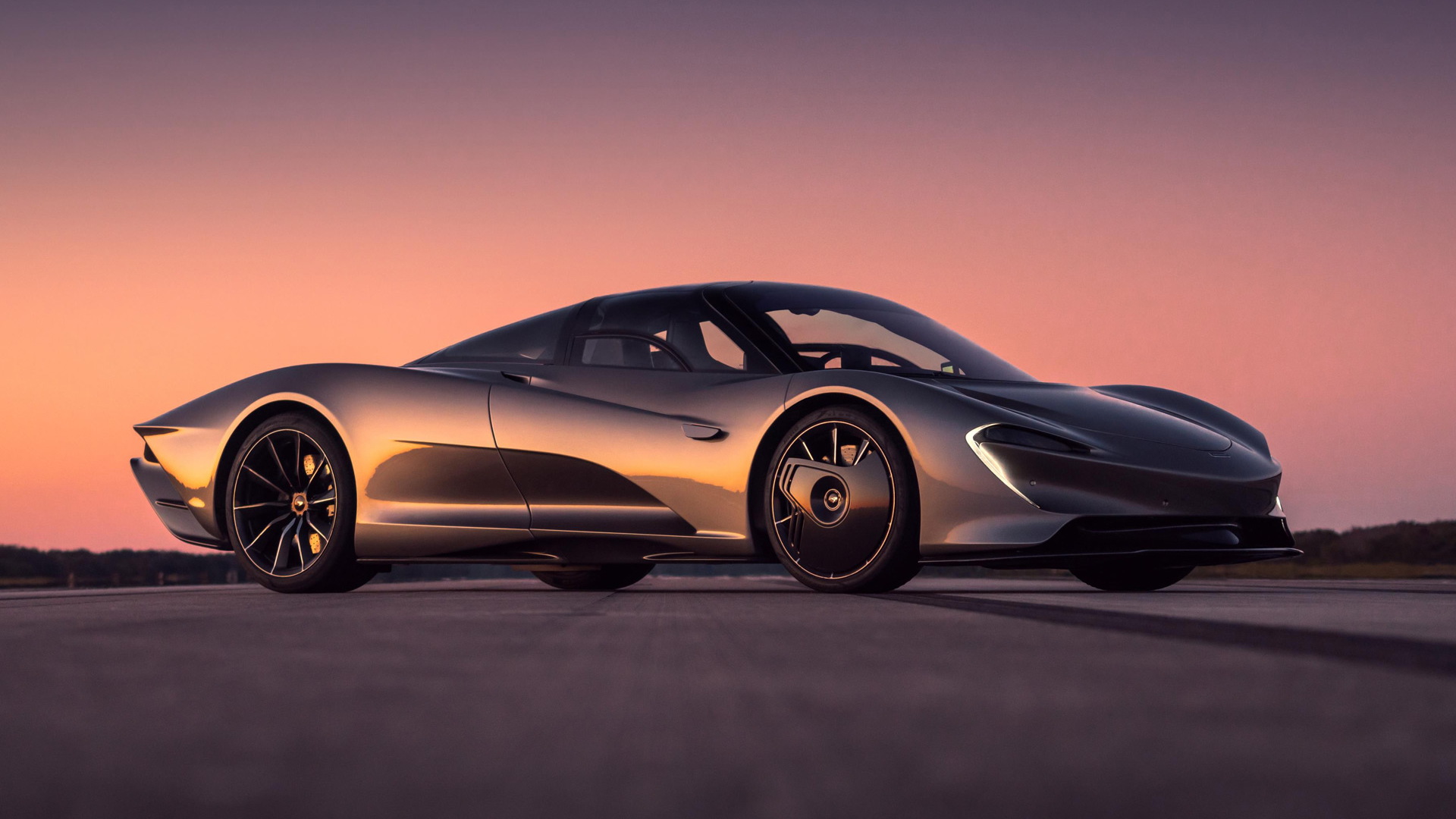 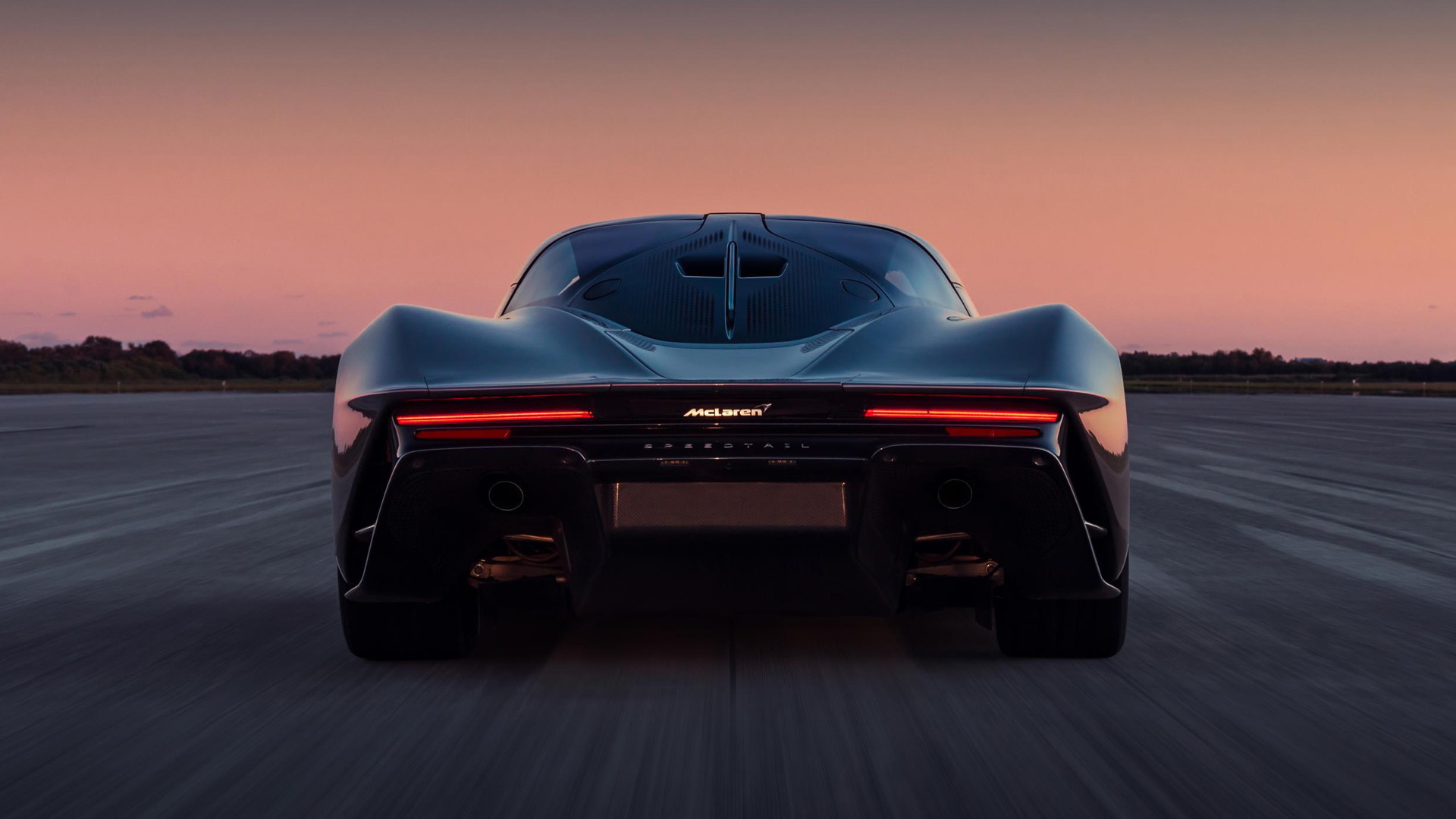 The McLaren Speedtail will arrive early next year as the brand's successor to the legendary F1, and the hypercar's spec sheet makes it worthy of that title.

Among the confirmed specs is a top speed of 250 mph, which the car will have no problem hitting...repeatedly.

To demonstrate this, McLaren took a Speedtail prototype to the Johnny Bohmer Proving Grounds located at Florida's Kennedy Space Center and ran it to 250 mph no less than 30 times.

Such a speed makes the Speedtail the first McLaren road car to exceed the F1's 240.1 mph recorded top speed, though to reach it, Speedtail owners will have to engage a Velocity mode which lowers the ride height by 1.4 inches and retracts the side mirror-replacing cameras to make things as streamlined as possible. 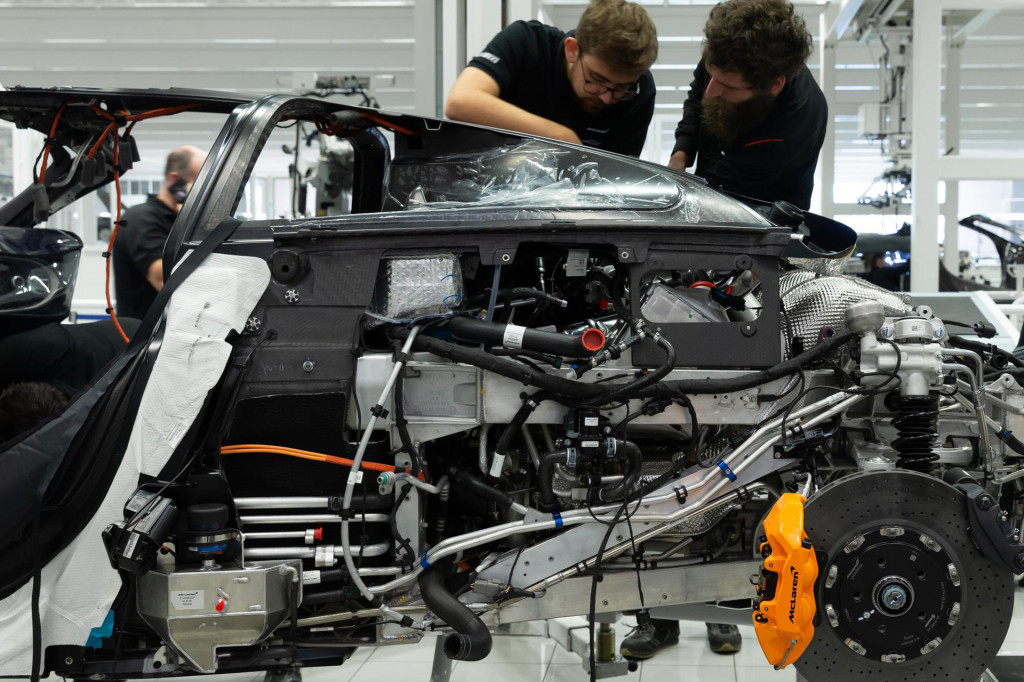 We also know the car packs a hybrid powertrain that likely features a 4.0-liter twin-turbocharged V-8 as its internal-combustion component. McLaren on Monday confirmed a new peak output for the setup of 1,055 horsepower and 848 pound-feet of torque. That's 20 hp more than previously.

The Speedtail isn't a plug-in hybrid. Instead, the battery is kept charged by the engine. There will also be a method for wireless charging when the car is parked in a garage for long periods, McLaren said. The automaker didn't state whether an electric range will be possible.

What we do know is that the battery will have a power density of 5.2 kilowatt-hours per kilogram, which according to McLaren is the highest power-to-weight ratio of any automotive high voltage battery.

The first customer example of the Speedtail is now in production at McLaren's headquarters in Woking, United Kingdom. Deliveries commence in February 2020 and just 106 will be built, the number matching the run of McLaren F1s. Note, buyers in the U.S. will need to import the car via "Show and Display" rules since the car isn't street legal here, due to its F1-style three-seat layout and cameras serving as side mirrors.