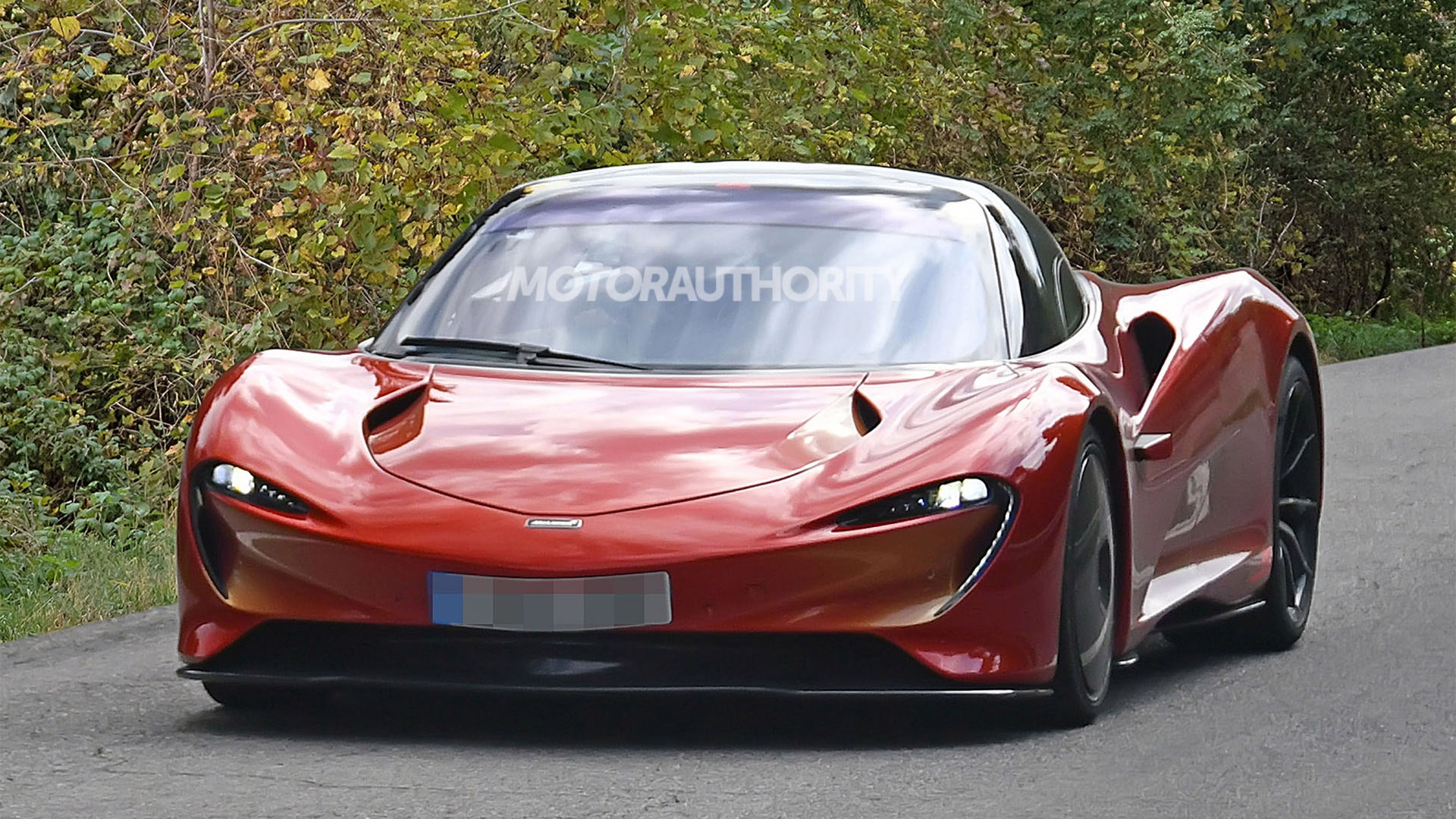 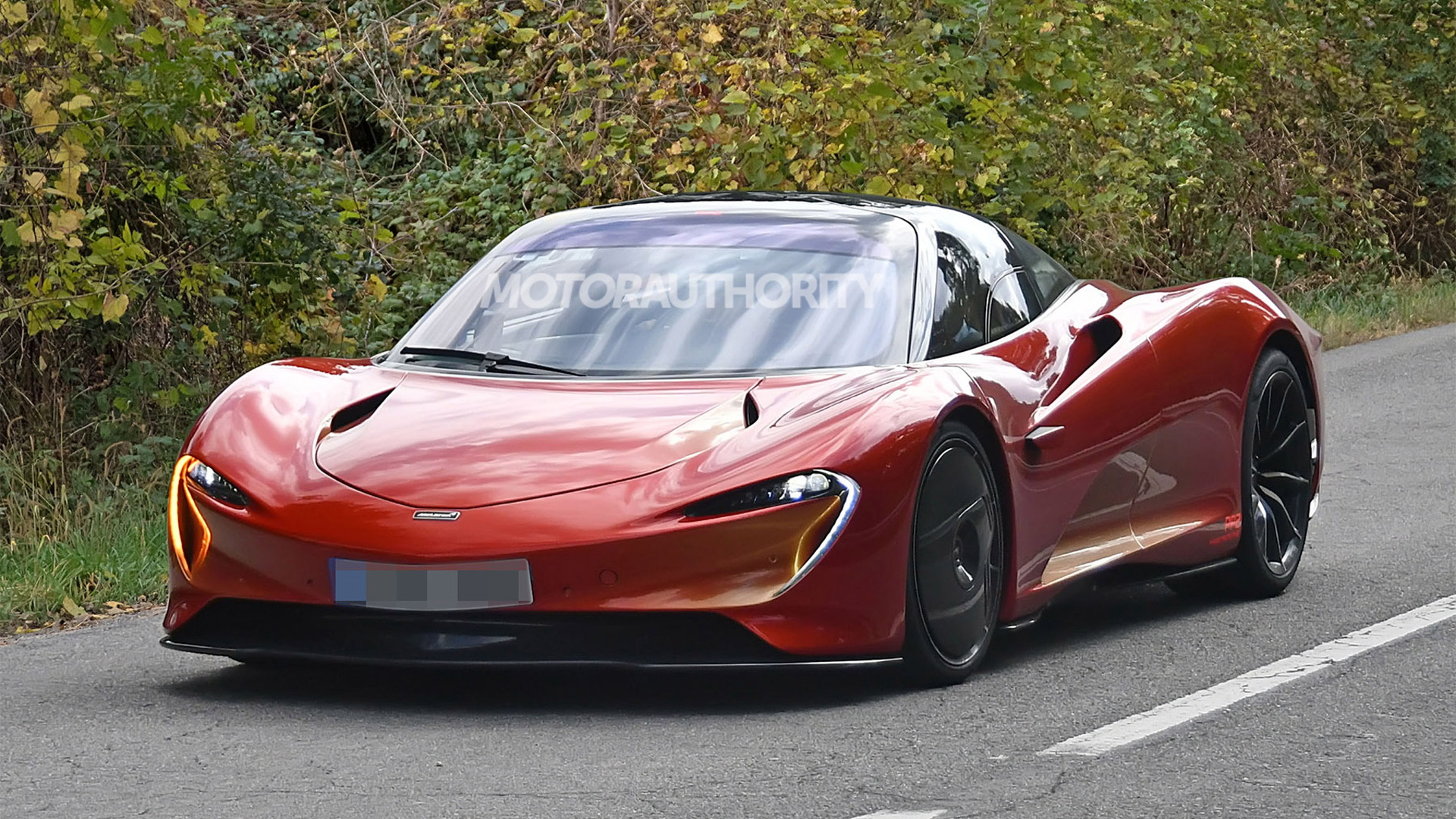 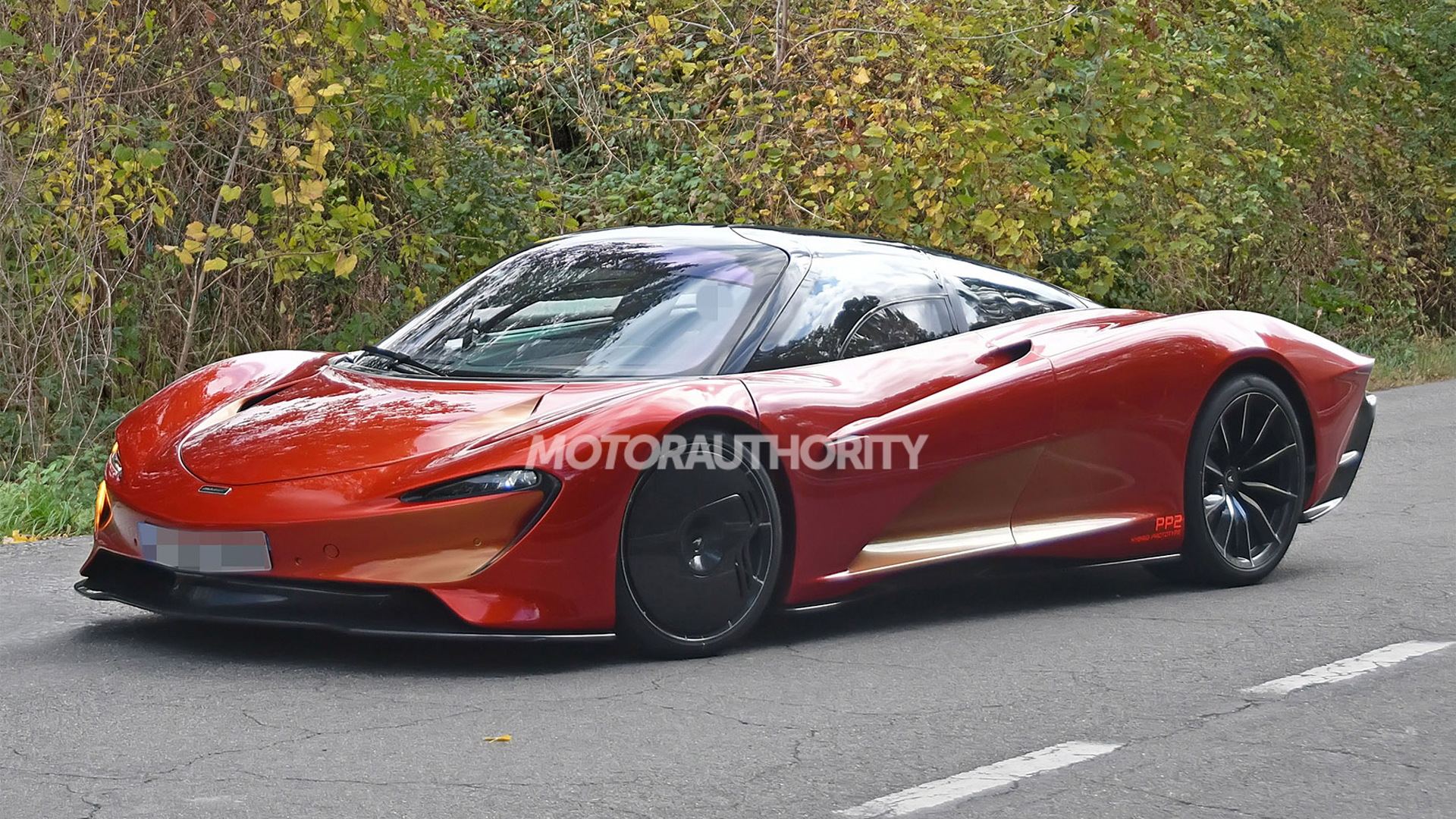 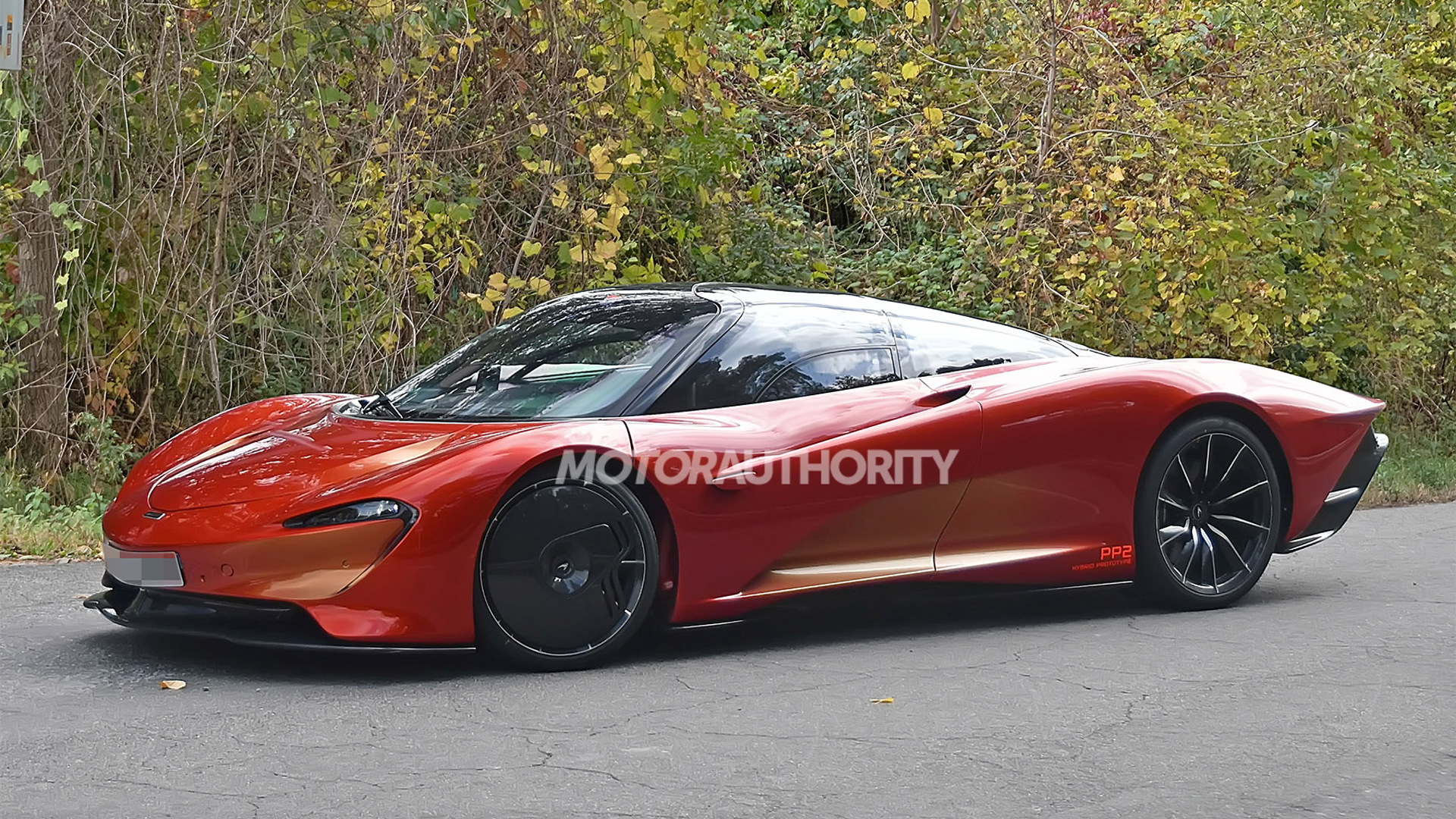 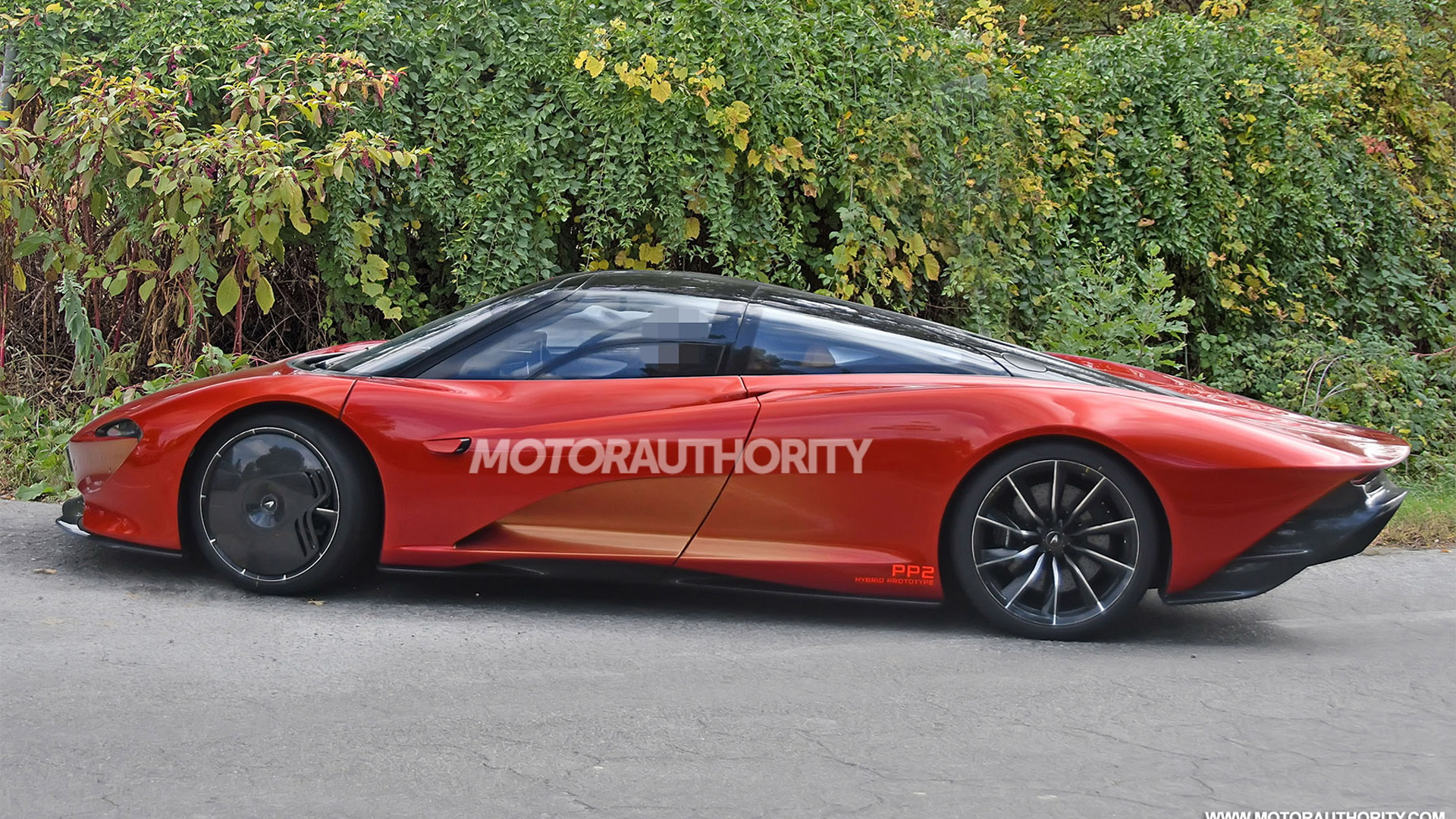 After revealing the Speedtail a year ago, McLaren has been spotted testing the hybrid hypercar ahead of the first deliveries in early 2020.

The latest prototype is marked as “PP2” which likely signifies it's a pre-production prototype. Pre-production cars are typically used for final testing as well as for certification and registration purposes. They also provide plant employees with an opportunity to iron out any production snags before work comments on the first customer cars.

For those unfamiliar with the Speedtail, it is the latest addition to McLaren's flagship Ultimate Series range of cars. It's been described by the company as the true successor to the F1, due mostly to its 3-seat layout, but also because it's been designed to be the ultimate grand tourer rather than a pure track machine, just like the F1.

But unlike the relatively compact F1, the Speedtail is huge, measuring 202.8 inches in length, or about as long as a full-size sedan. And you'll notice there aren't any side mirrors. The Speedtail uses rear-facing cameras instead, a design that, together with the 3-seat layout, means the car isn't street-legal in the United States. However, a third of Speedtail build slots have been bought by buyers in the U.S., but they'll have to import the car via “Show or Display” rules if they want to drive it on local roads.

McLaren is yet to reveal full details on the powertrain but we expect it to consist of the familiar 4.0-liter twin-turbocharged V-8 found in the 720S and Senna hooked up here to an electric motor. Drive will be to the rear wheels only and the top speed will be 250 mph.

Such a speed will make the Speedtail the first McLaren road car to exceed the F1's 240.1 mph recorded top speed, though to reach it, Speedtail owners will have to engage a Velocity mode which lowers the ride height by 1.4 inches and retracts the rear-facing cameras to make things as streamlined as possible.

The Speedtail's production run will be limited to 106 cars at approximately $2.25 million each, and all build slots have been filled. Why 106? Because the number matches the original run of McLaren F1s.

Note, McLaren has already announced a new member for the Ultimate Series. It's a speedster due to be delivered in 2020.