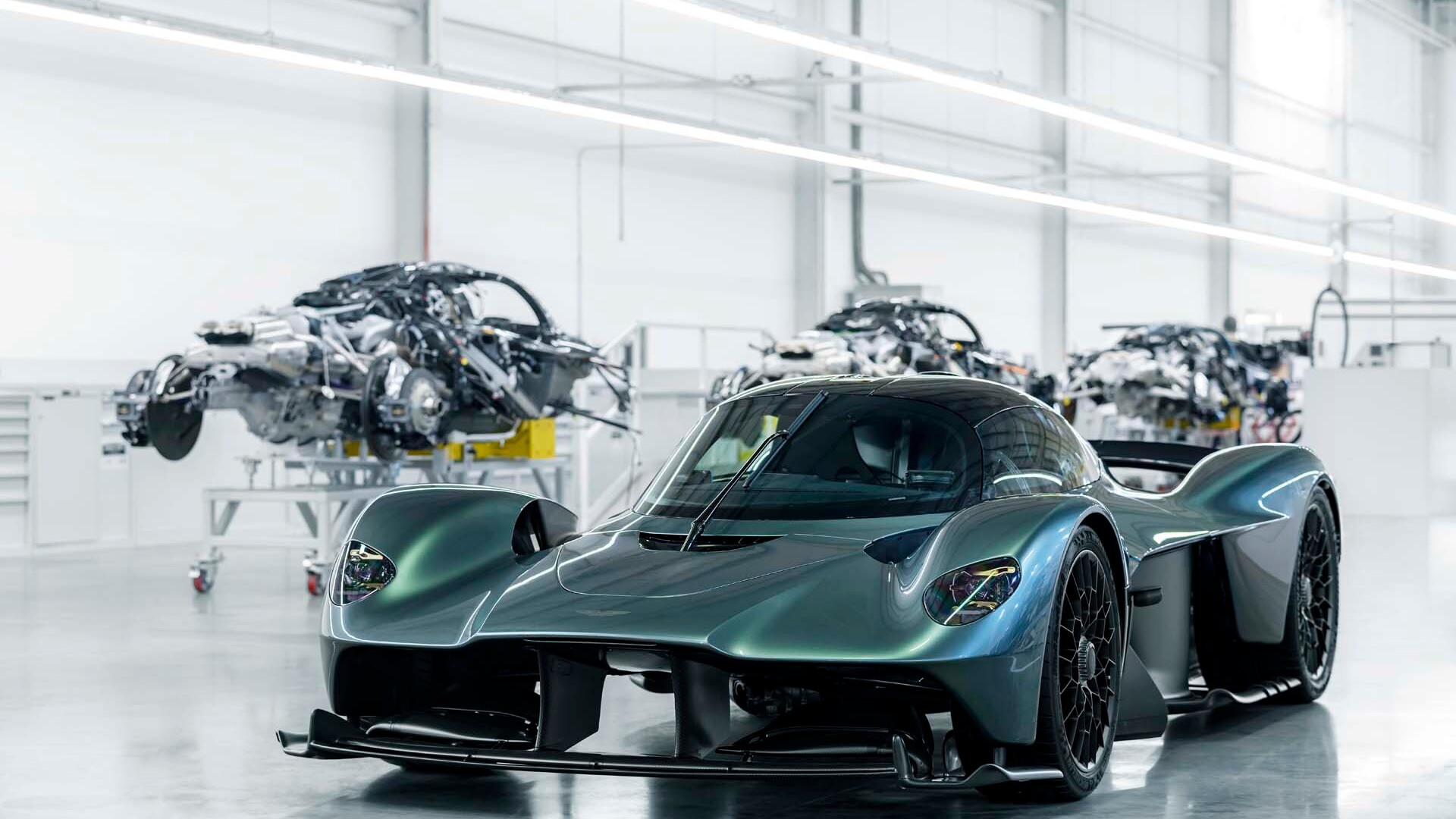 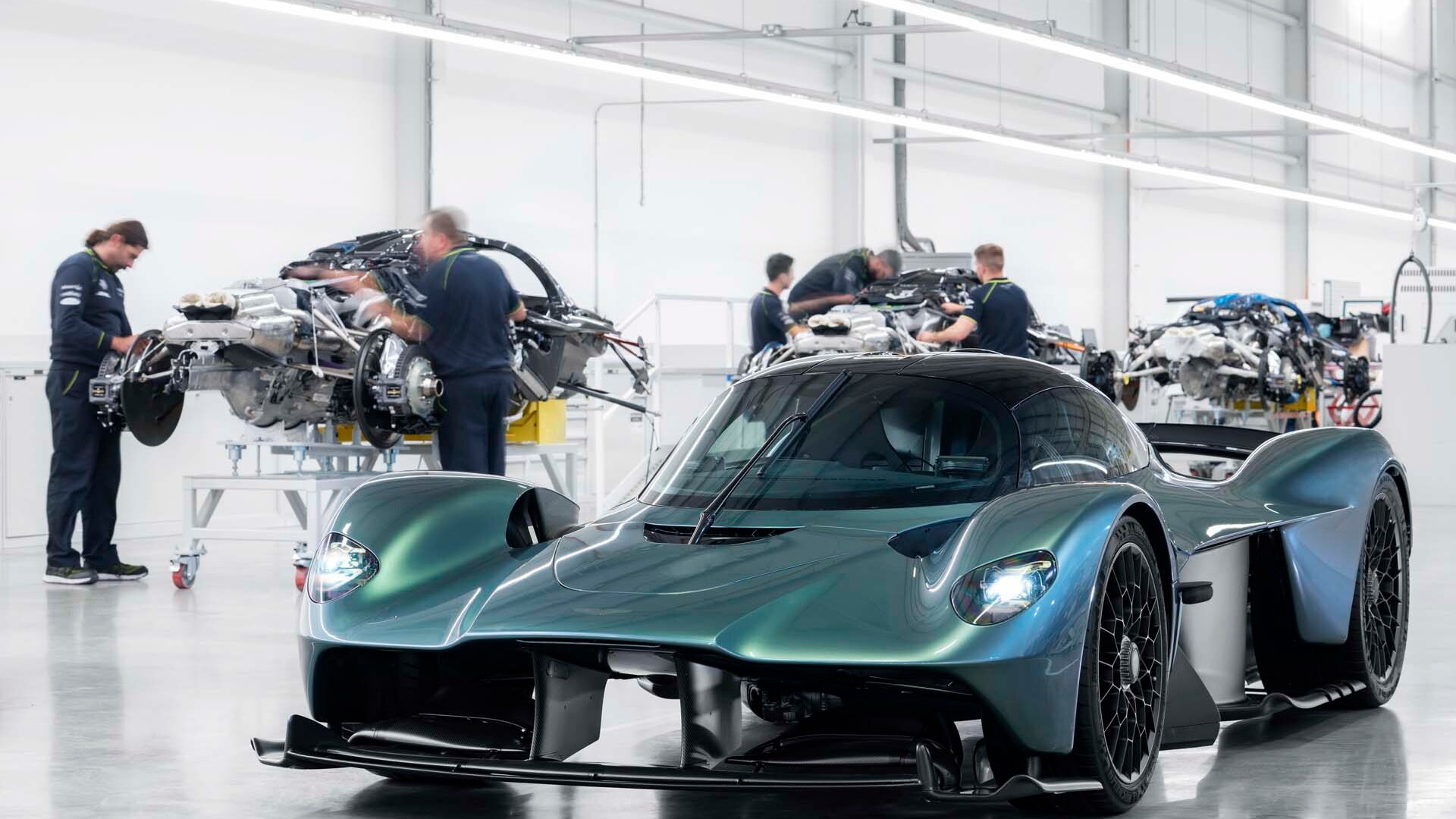 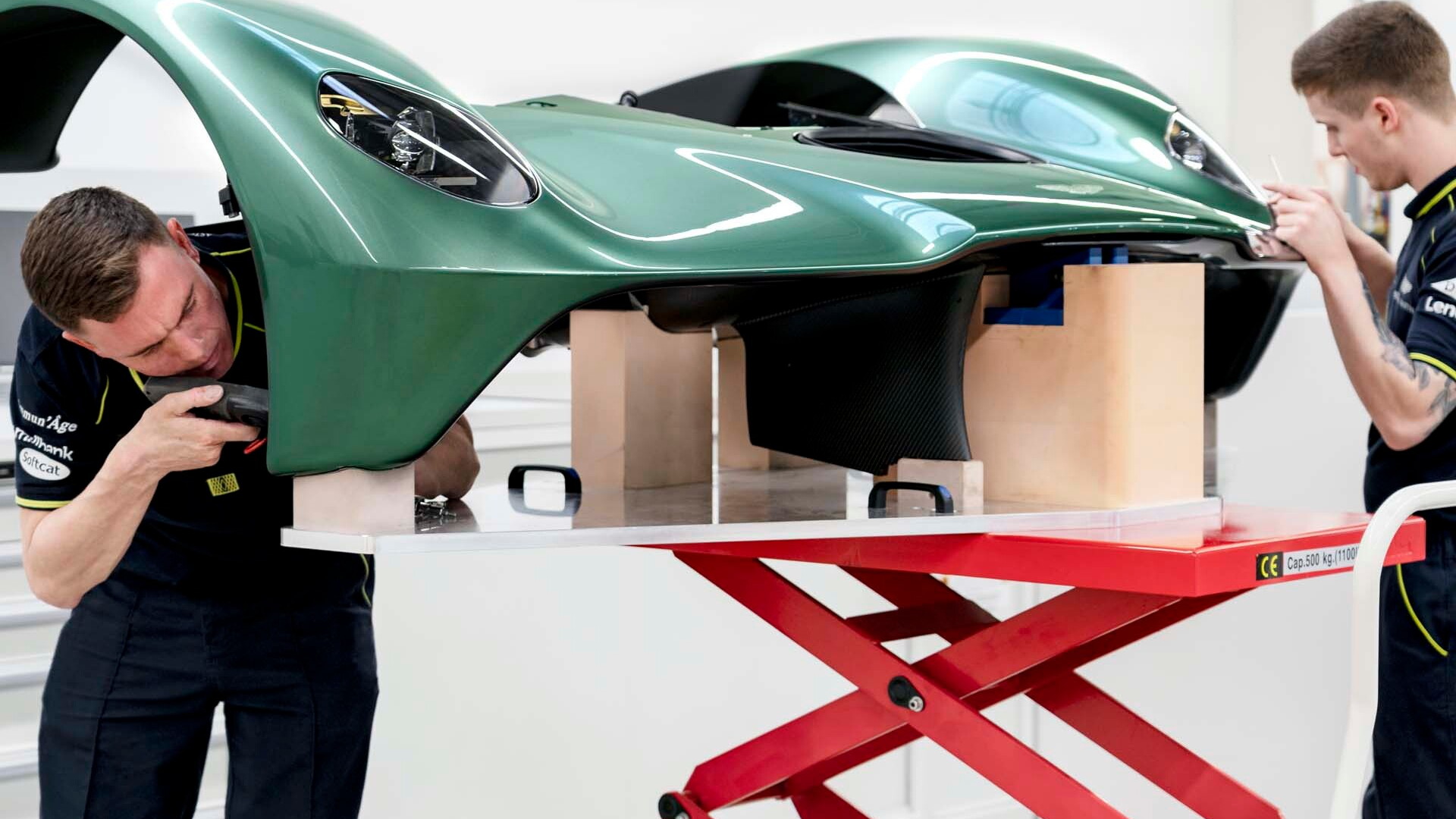 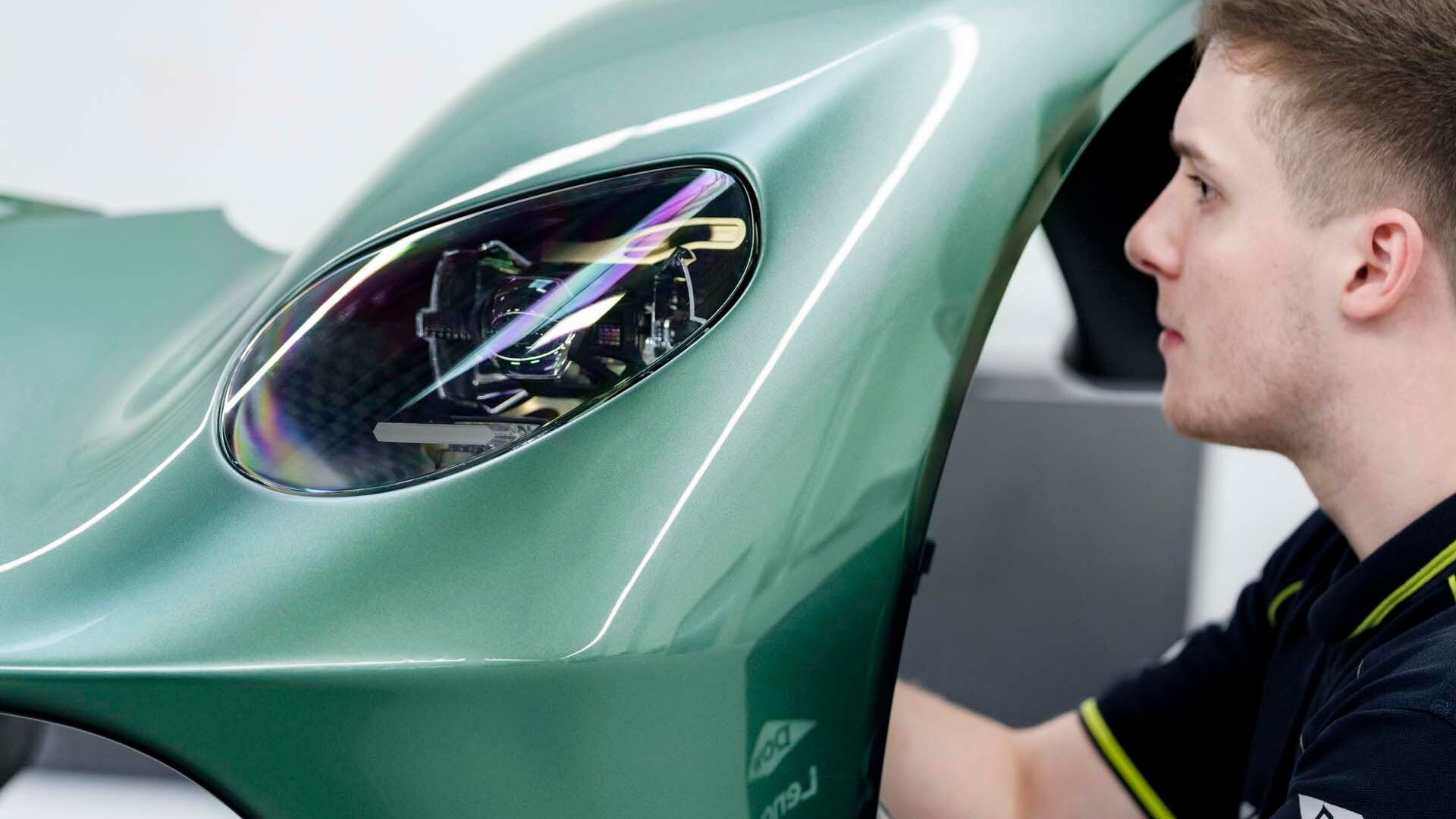 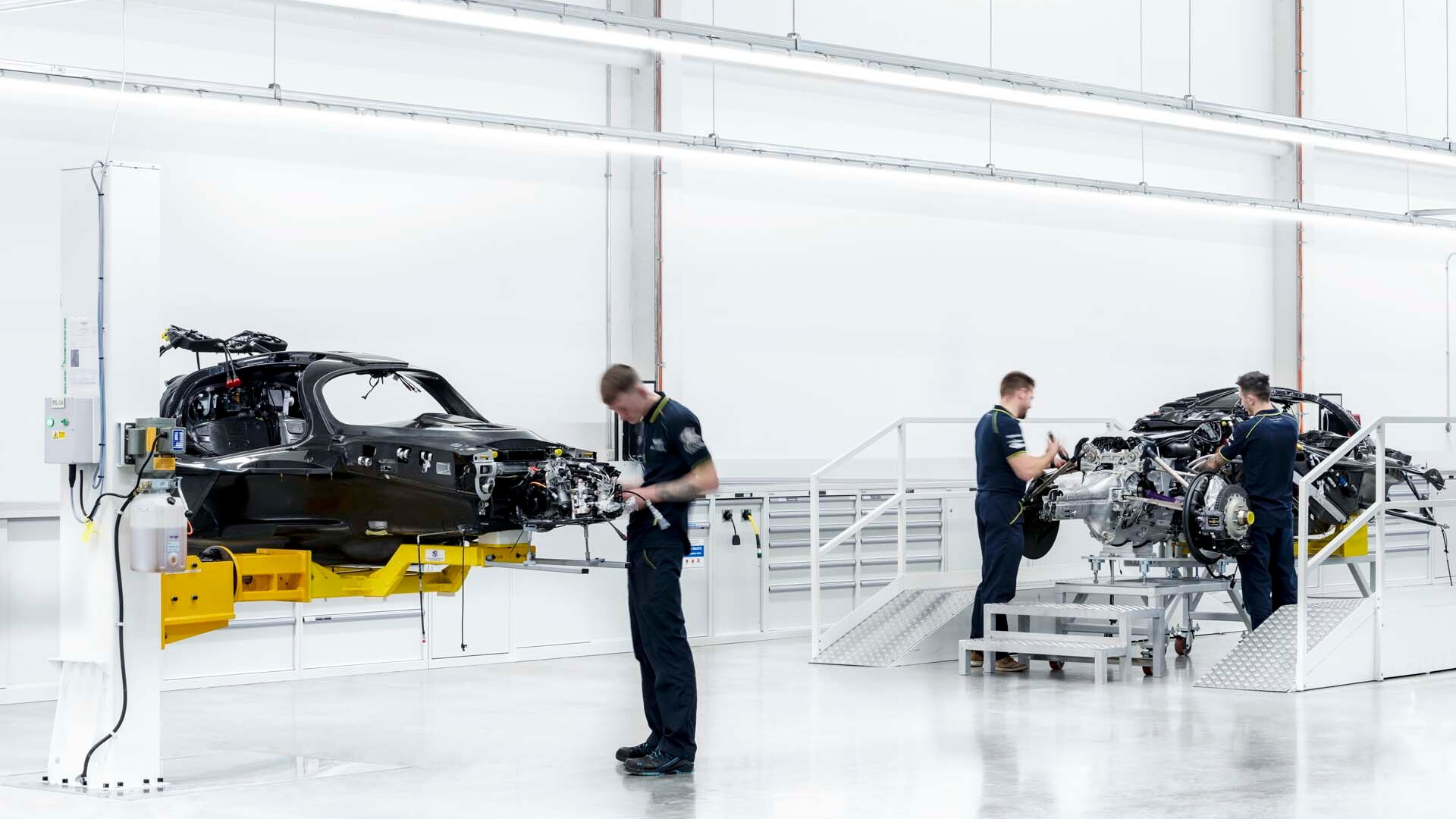 Aston Martin's Valkyrie hypercar is finally in production, five years after it was first shown as a concept.

The automaker announced on Thursday that the first customer example has been completed and will be delivered in the coming weeks. That's about two years later than originally planned.

According to Aston Martin, the track car will be quicker around a track than a Le Mans Hypercar racer and almost as quick as an LMP1 or Formula One car. This is due in part to it essentially being Aston Martin's stillborn Valkyrie LMH racer but developed without the need to adhere to any racing regulations.

A dedicated team handles Valkyrie production, with each car requiring more than 2,000 man hours to complete. Each car will also be extensively tested at the Silverstone Circuit before being signed off.

It's been a long road to get to this point. We'll remind you that the Valkyrie concept was presented with help from F1 star Daniel Ricciardo, who at the time was driving for Red Bull Racing, a technical partner of the project. Since the reveal Ricciardo has gone on to drive for Renault and has since switched again to McLaren. Aston Martin itself has launched its own F1 team, undergone a complete management shift, and survived a certain pandemic. Yes, it's been a long time.

“The Aston Martin Valkyrie program has tested everyone who has worked on it to the limit but the commitment to the dream has produced a truly incredible car, an F1 car for the road,” Tobias Moers, CEO of Aston Martin, said in a statement. “The Valkyrie is born out of the steadfast dedication of a large group of highly skilled engineers and technicians who have worked tirelessly to get Valkyrie to the production stage.”

Aston Martin on Thursday also confirmed the car's maximum output. A peak 1,139 hp is generated from a bespoke V-12 and KERS-style hybrid system. While it doesn't have an actual F1 engine like the rival Mercedes-Benz AMG One currently promised for delivery in 2022, the Valkyrie's Cosworth-developed 6.5-liter V-12 is still a work of art. And the sound at full tilt? Just like an F1 engine from the 1990s, thanks in part to its 12-into-1 exhaust design.

Beyond the engine, the car also stands out due to its wild design. From every angle you really get the impression that you're looking at an open-wheel racer with the bare minimum of body panels to somewhat resemble a road car. This has some drawbacks. The cabin is tight, and access to it is via small, prototype race car-style gullwing doors. To enter, you step onto the seat and then slide in and adopt a reclined feet-up position just like in a modern F1 racer. Oh, and the seats are tailored for each buyer.