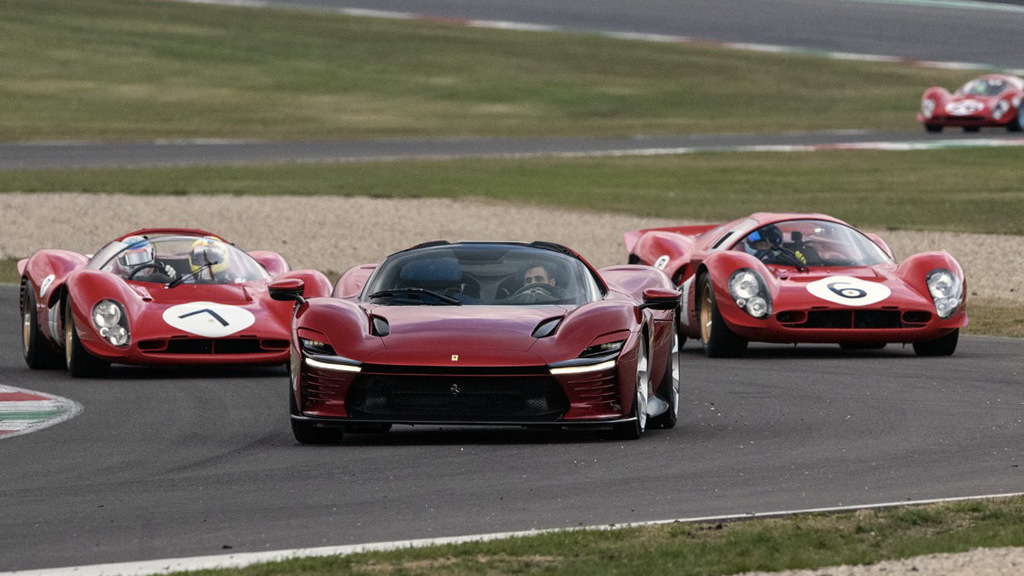 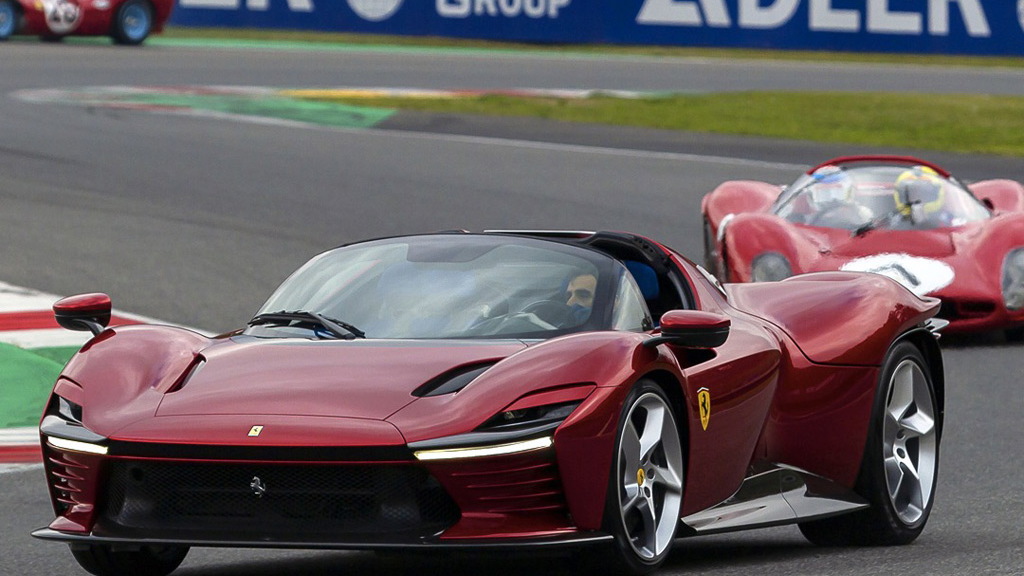 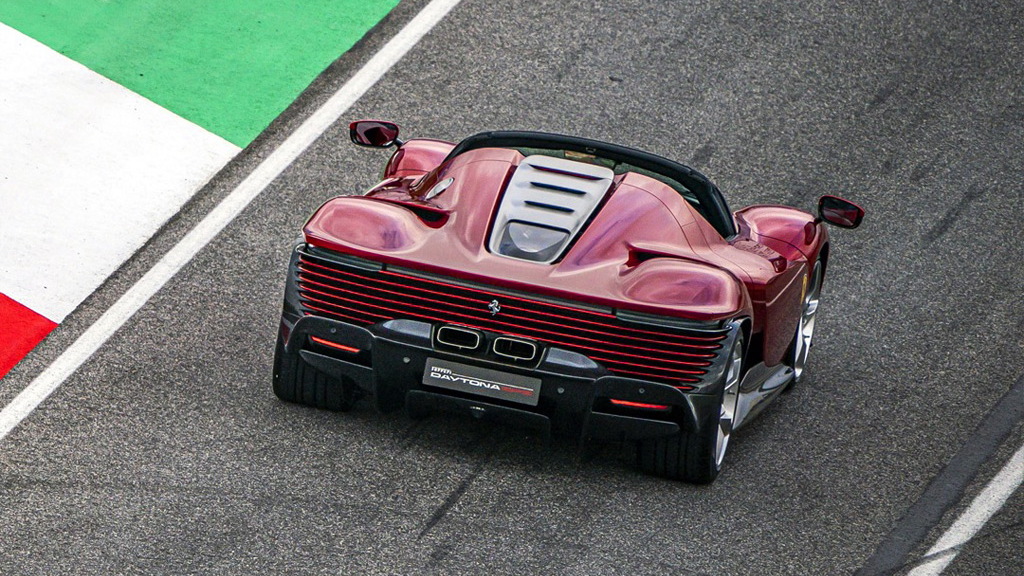 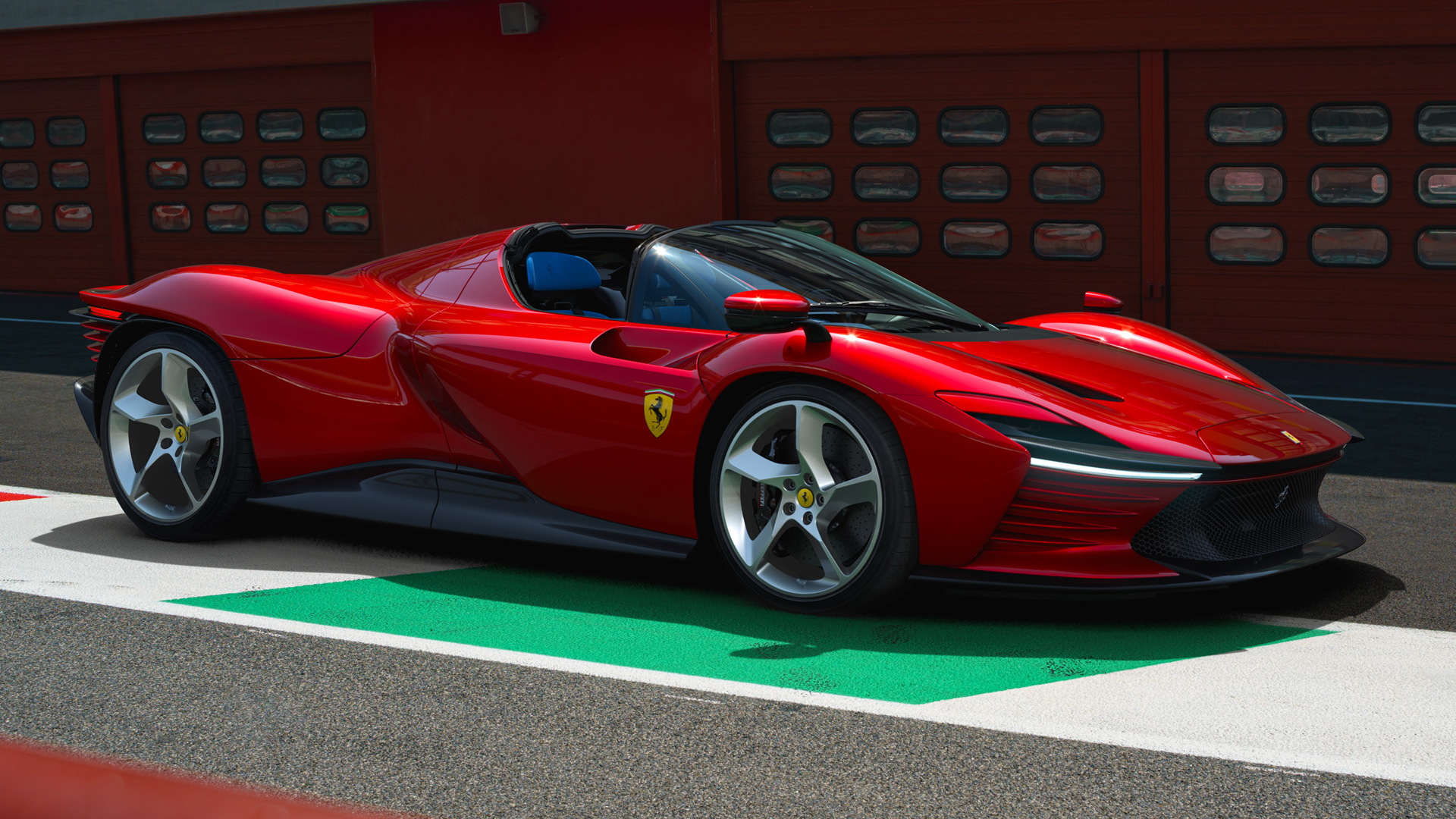 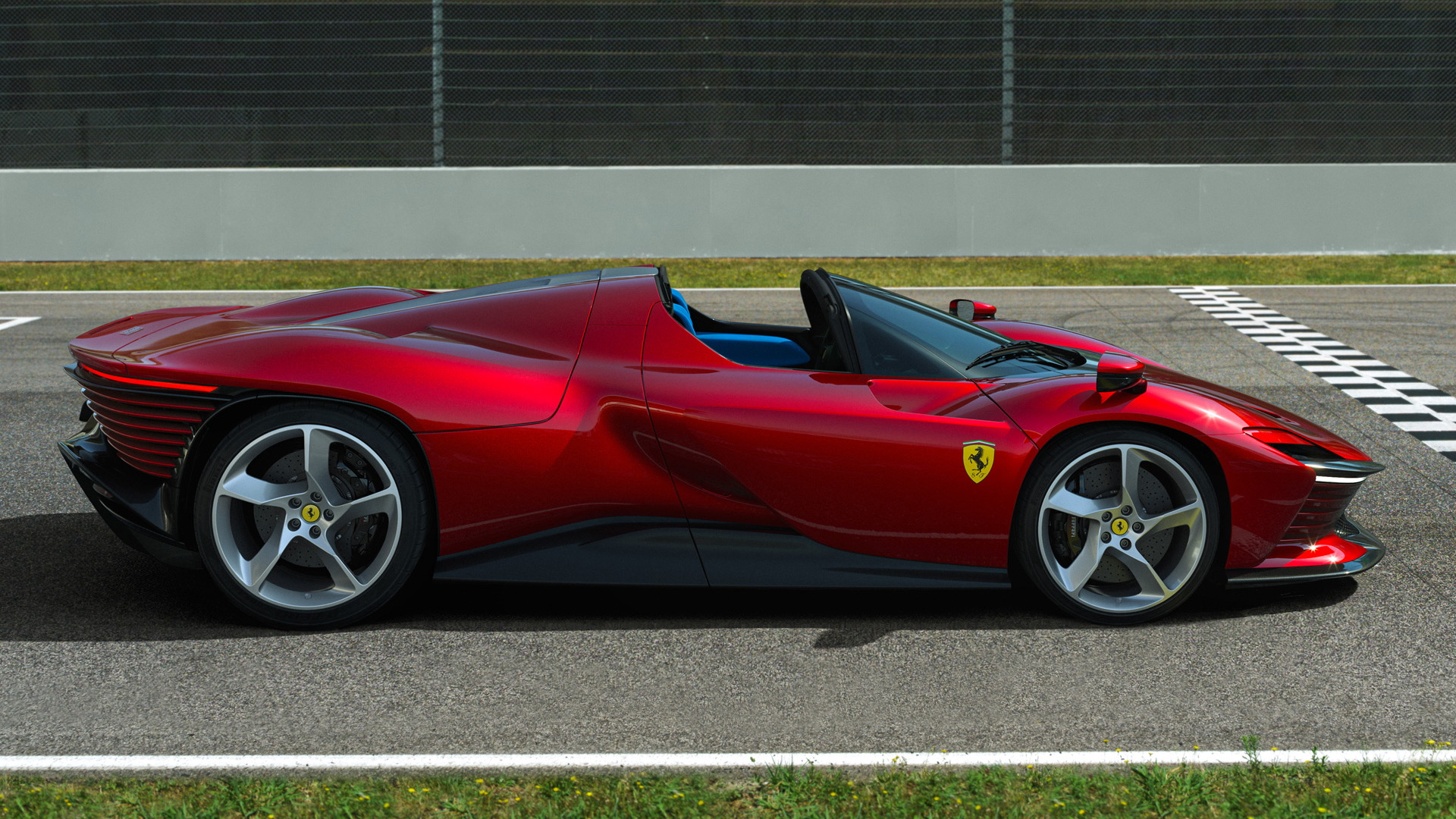 Ferrari on Saturday unveiled the latest addition to its growing collection of Icona cars.

The new addition is the Ferrari Daytona SP3, which was unveiled at the 2021 Ferrari Finali Mondiali gathering held at Italy's Mugello Circuit.

The mid-engine, V-12-powered targa (with removable hard-top) features a modern design inspired by Ferrari's sport prototype endurance racers of the 1960s, specifically the trio that took home first (330 P3/4), second (330 P4 ) and third (412 P) places in the 1967 24 Hours of Daytona, the race that lends its name to the new supercar.

Ferrari launched the Icona series in 2018 with the 812-based Monza SP1 and Monza SP2 cars. The series targets collectors looking to purchase a low-volume model with styling inspired by past classics, which seems to be popular with today's wealthy. The cars are developed by the same Special Projects team responsible for Ferrari's one-off cars, hence the SP initials in the names.

Ferrari plans to build 599 examples of the Daytona SP3, or 100 more than the Monza duo, with prices starting at 2 million euros (approximately $2.25 million). Don't be surprised if all build slots are already gone. Limited-edition Ferraris tend to rise in value over time, making them popular as investments. And current owners of the Monza cars were given the first right of refusal for the Daytona SP3.

Instead of aluminum like the rest of Ferrari's lineup, the Daytona SP3 features a bespoke carbon-fiber tub using aeronautical grade composites with T800 and T1000 strength ratings, with carbon fiber also used for the body. Tougher Kevlar was also used in areas most subject to impact. To further save weight, as well as help lower the center of gravity, several major components, such as the seat structure, were integrated into the tub.

Power comes from a tuned version of the 6.5-liter V-12 found in the 812 Competizione A. Peak power is 828 hp at 9,250 rpm and peak torque is 514 lb-ft at 7,250 rpm, which is the highest output of any engine fitted to a Ferrari road car to date. Here, too, weight-saving measures were implemented like the use of titanium instead of steel for the connecting rods. The crankshaft was also made lighter.

The intake system features a new manifold and plenum, which are smaller to reduce the overall length of the tracts and as a result help to deliver more power at high revs. Variable geometry inlet tracts also make it possible to optimize the torque curve depending on the driving situation, according to Ferrari. There's also sliding finger followers for the control of the valves. According to Ferrari, this design reduces weight and allows for higher performance valve profiles.

The engine is mated to a 7-speed dual-clutch transmission and sends drive to the rear wheels only. Ferrari said the transmission has been made quicker than in other models, thanks to specific tuning. The wheels measure 20 inches up front and 21 in the rear, and are wrapped in a bespoke Pirelli P Zero Corsa tire designed to aid stability in low grip situations. The tires measure 265/30 up front and 345/30 at the rear.

The styling is impressive given the aerodynamic performance that needed to be extracted, as it is still easy to spot design traits shared with some of Ferrari's classic sport prototypes, like the fender mounted side mirrors, curvaceous body, and wide, wedge-like tail. Access to the cabin is via butterfly doors, and these lead to a pinched middle that then expands to form powerful rear wings that wrap the rear wheels and give the car a real muscular and dynamic look.

And there's no missing the horizontal blades at the rear. These were added to help reduce the volume of the rear while adding a futuristic touch, together with a nod to some Ferrari's of the past, namely the Testarossa. Another classic Ferrari nod are the headlights, which feature a cover that slides open—essentially a modern take on pop-up headlights.

The interior is a new design for Ferrari. Behind a wraparound windshield that gives the effect of a jet fighter's cockpit, you'll find an almost minimalist dash dominated by a 16-inch curved display. The gear changer features Ferrari's gated shifter-style design, and numerous controls on the steering wheel means roughly 80% of the Daytona SP3’s functions can be controlled without the driver taking his or her hands off the wheel.

As mentioned earlier, the car is a targa. There's a removable top, with complex aerodynamics used to keep things calm in the cabin during open-air driving. For instance, a nolder is integrated into the top of the windscreen to direct air flow over above the cabin. The middle of the rear roll bar also dips to follow the shape of the rear buttresses and engine cover to also minimize wake that can be deflected back into the cabin. Finally, there are air passages behind the headrests to help channel air coming from the sides into the cabin.

Note, the Daytona SP3 isn't the first Ferrari whose styling was inspired by Ferrari's sport prototypes of the 1960s. There's also James Glickenhaus' one-off Ferrari P4/5 by Pininfarina, whose design was mostly inspired by the 330 P4.