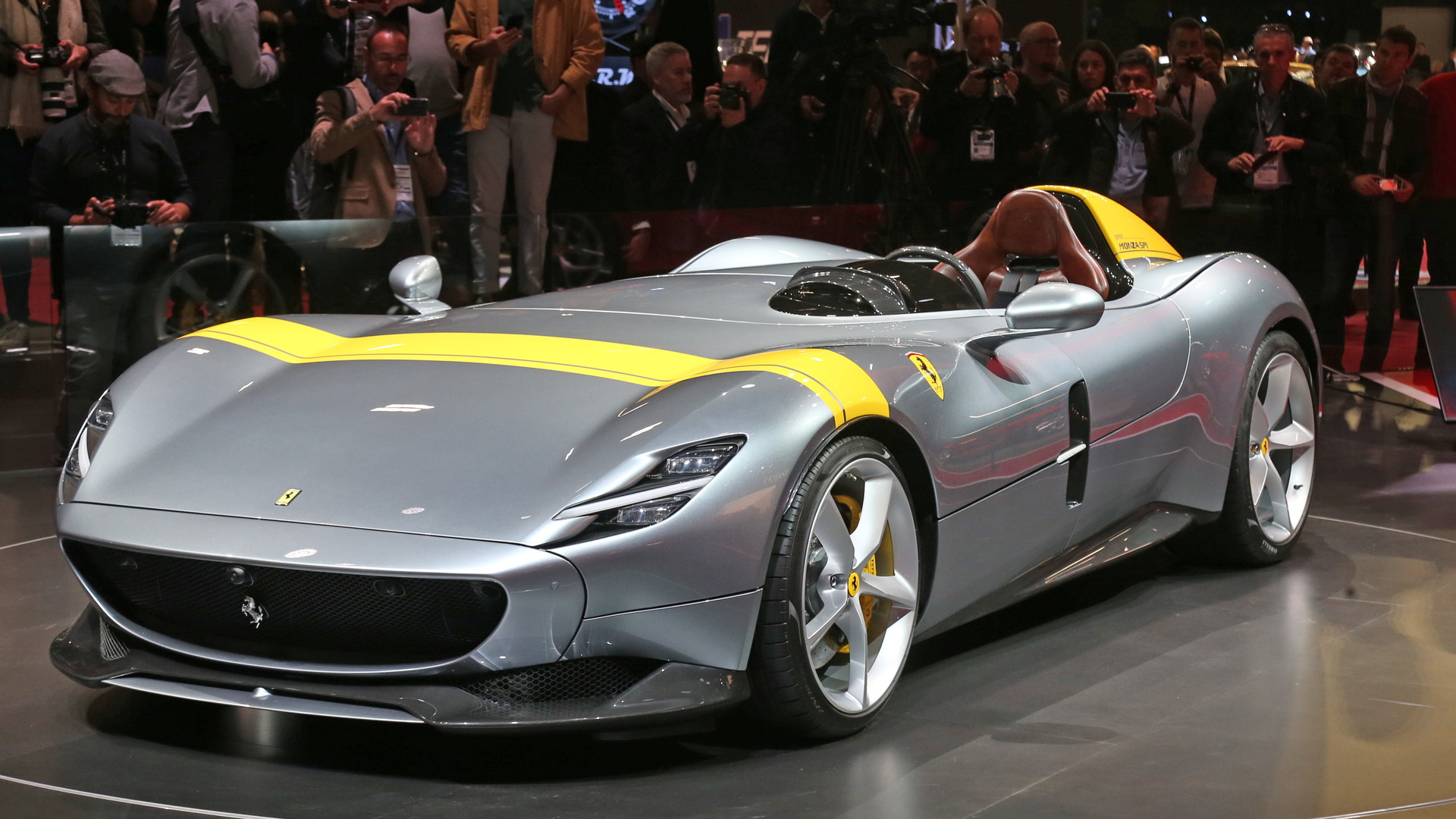 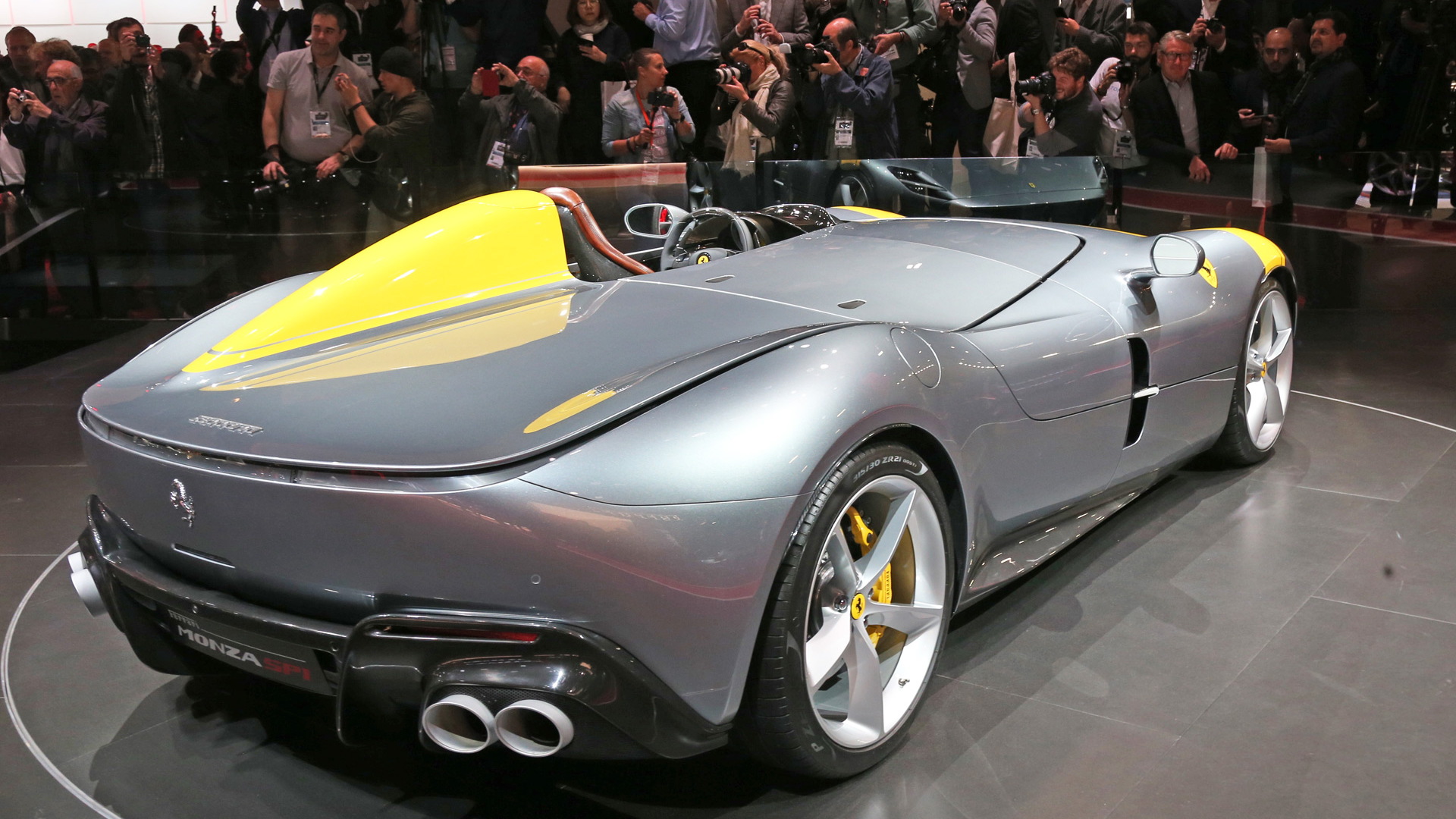 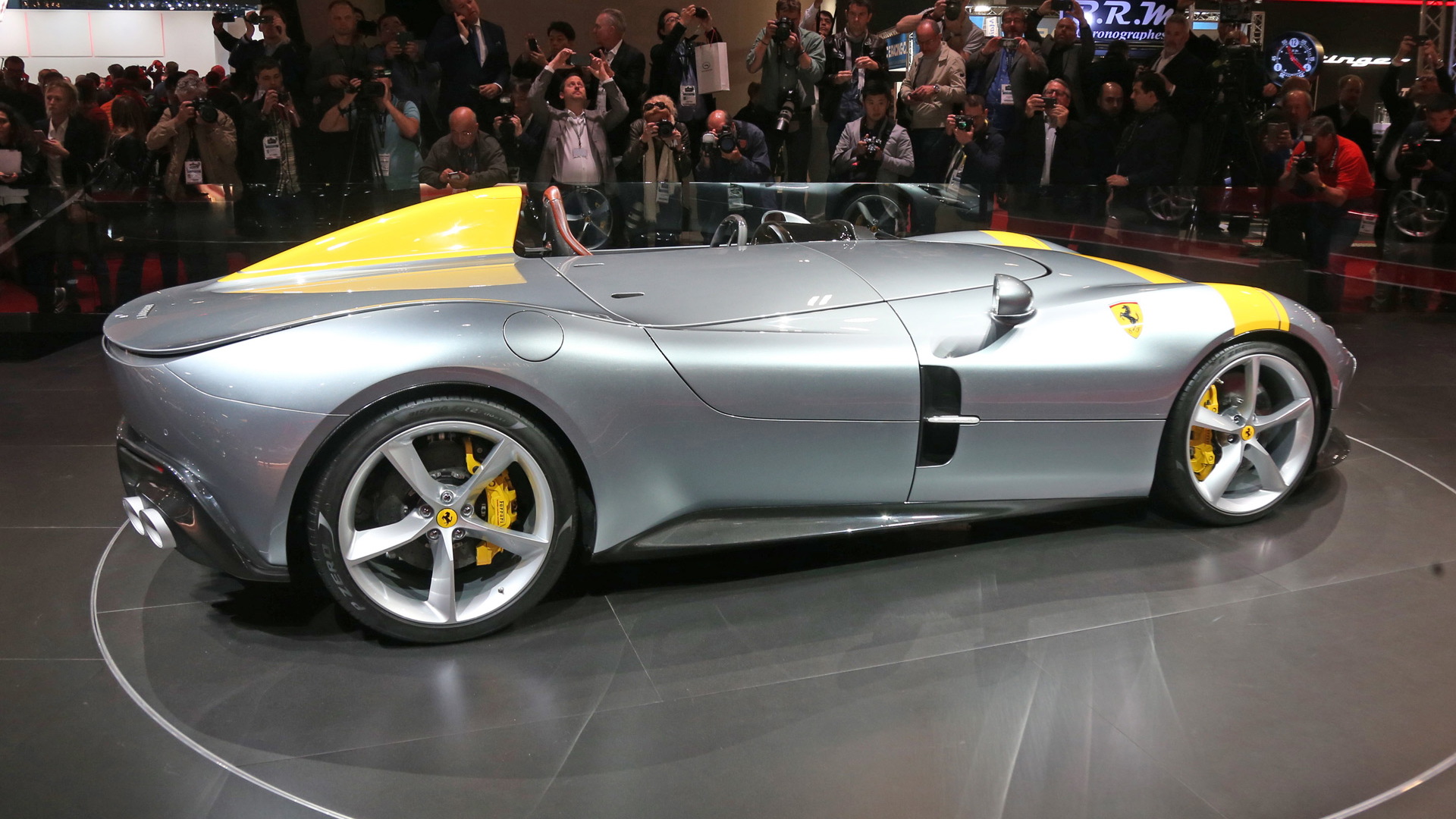 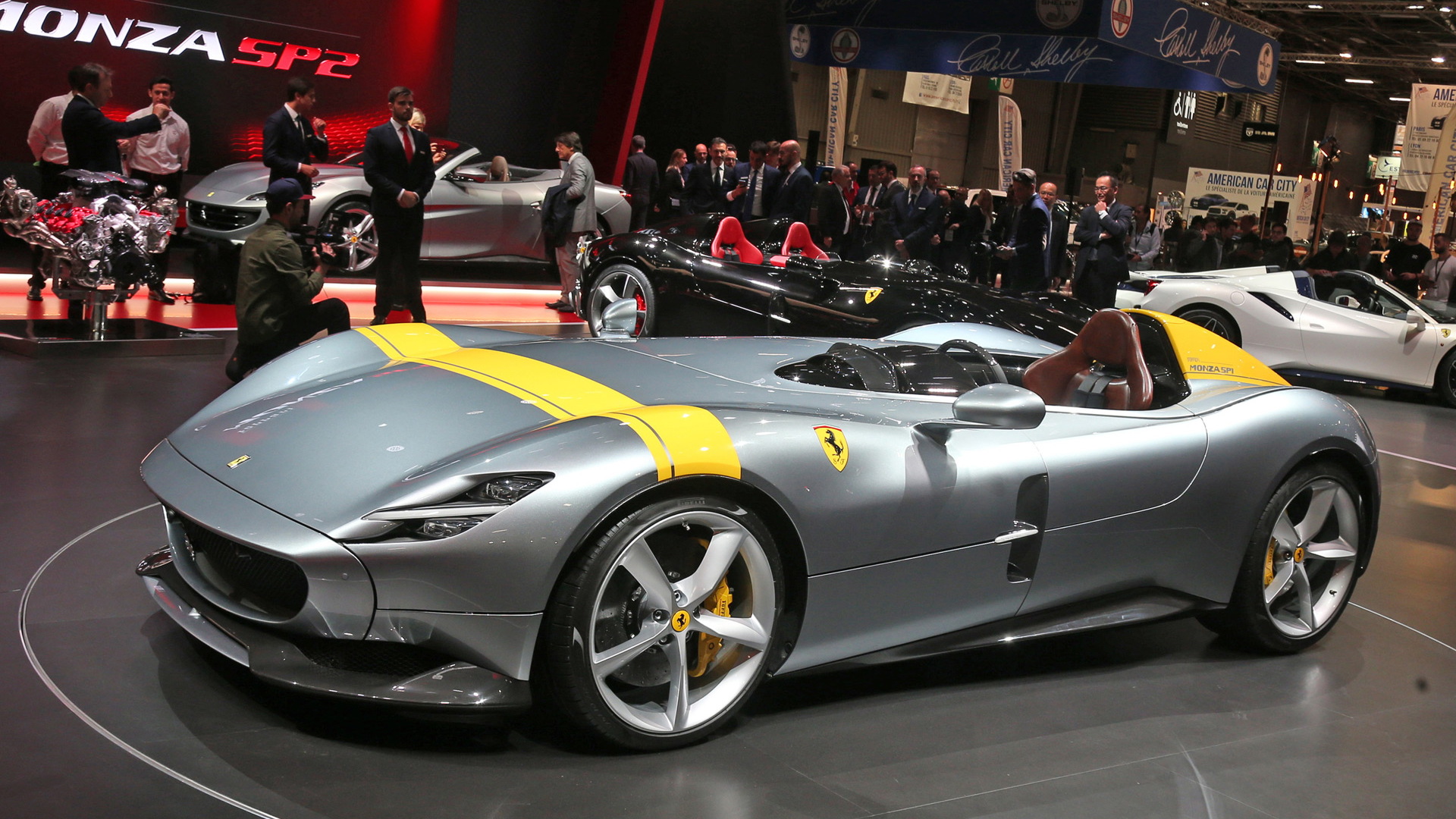 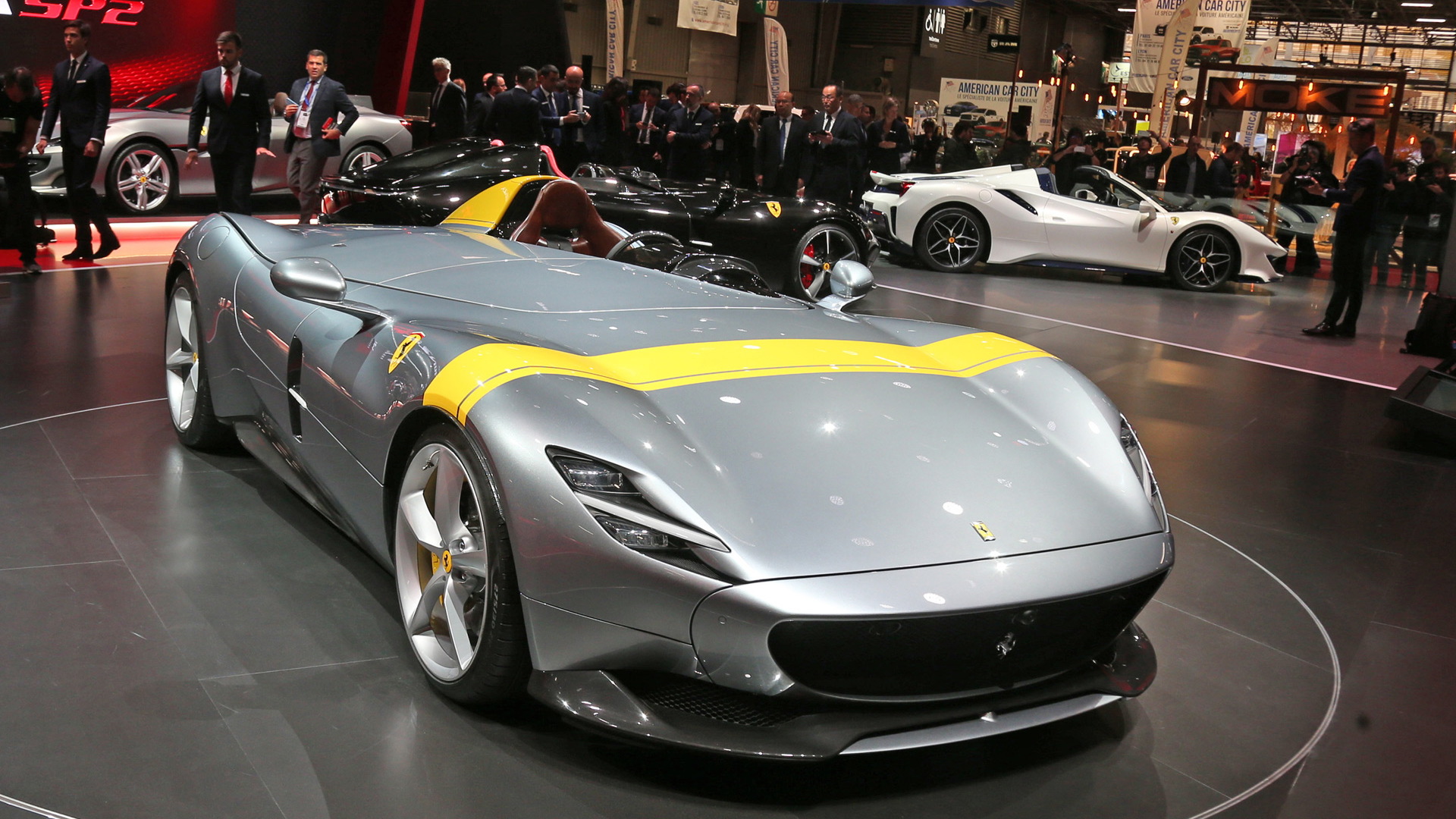 Ferrari fans longing for a return to the elegance of the marque's earlier cars are in for a real treat as the automaker has just launched a pair of stunners based on the 812 Superfast.

They're called the Monza SP1 and SP2, with the “SP” in the name referencing Ferrari's Special Projects in-house coachbuilder and the numerical component corresponding to the number of seats. Both are strict speedsters, and while their design may be retro the technology within is the most advanced in the Ferrari portfolio.

The Monza SP1 and SP2 were presented last month during an investor meeting at Ferrari's headquarters in Maranello, Italy. The cars made their public debut on Tuesday at the 2018 Paris auto show, but if you want one you're out of luck as all build slots have already been sold.

Inspiration for the cars came from iconic Ferrari racing barchettas of the past, not least the 1948 166 MM (shown above), and the 750 and 860 Monza. We wouldn't be surprised if Jannarelly's Design 1, itself inspired by 1950s-era Ferraris, also played a role in shaping the design.

The SP1 was designed as an uncompromising single-seater that offers a truly unique experience behind the wheel. The SP2, thanks to the elimination of the tonneau cover and the addition of a second protective screen and a second roll-bar, is a two-seater, thus allowing a passenger to enjoy the same thrills as the driver.

But without full-size windscreens, Ferrari needed a solution to enable owners to enjoy the cars without having to always resort to a helmet. That solution was Ferrari's new Virtual Wind Shield which has been incorporated into the fairing ahead of the instrument panel and the steering wheel. This deviates a part of the air flow to maintain driving comfort. Sadly, though, the passenger in the SP2 misses out.

So how does it work? The Virtual Wind Shield is essentially an aerodynamic passage underneath the driver’s side fairing, where the upper part is shaped as an aerofoil. Part of the air flowing over the hood enters an intake in front of the driver, passes through a duct and is ejected vertically up over his or her head. The air is aided in doing so by a small flic at the exit of the duct which creates strong suction thereby accelerating the exiting air.

The donor platform used in the SP1 and SP2 is mostly aluminum but Ferrari has crafted the body for each out of carbon fiber to reduce weight. The cars are still relatively heavy, measuring in at a dry weight of 3,306 and 3,351 pounds, respectively.

For the cabin, more carbon fiber was used but with a natural finish to enhance the sporty impact of the design. Weight reduction plus a very low center of gravity result in a perfectly balanced driving experience with almost no roll, Ferrari said.

Under the long carbon fiber hood sits the same 6.5-liter V-12 of the 812 Superfast. Here, output has been dialed to 798 horsepower, up 9 hp on the donor car. Peak torque remains capped at 530 pound-feet. Driving the rear wheels via a seven-speed dual-clutch transmission, the engine will hurtle the cars to 62 mph in 2.9 seconds and 124 mph in 7.9 seconds. Those rear wheels, by the way, are massive pair measuring 21 inches across and fitted with 315/30-size tires. Narrower 275/30-size tires wrapped around 21-inch wheels are used at the front.

Finally, we must say something about the exterior design. Ferrari said the goal was to create a shape influenced by some of its earliest race cars but not focus on any particular design trait used previously. There are no nostalgic references, the automaker said. This is highlighted particularly by the new taillight design: the side lights and brake lights have been redesigned as a single unbroken line of light. This turns the taillight into a theoretical line that traverses the wings and circles the hood, giving the impression that the upper half of the car is floating above the chassis.

While the Monza SP1 and SP2 are sold out, Ferrari said the cars are just the first in a new and very exclusive series called Icona. These will draw inspiration from the most evocative Ferraris of the 1950s and are more than likely destined to be future classics. Ferrari makes no qualms about the cars being aimed at collectors and we can't wait to see what's next.