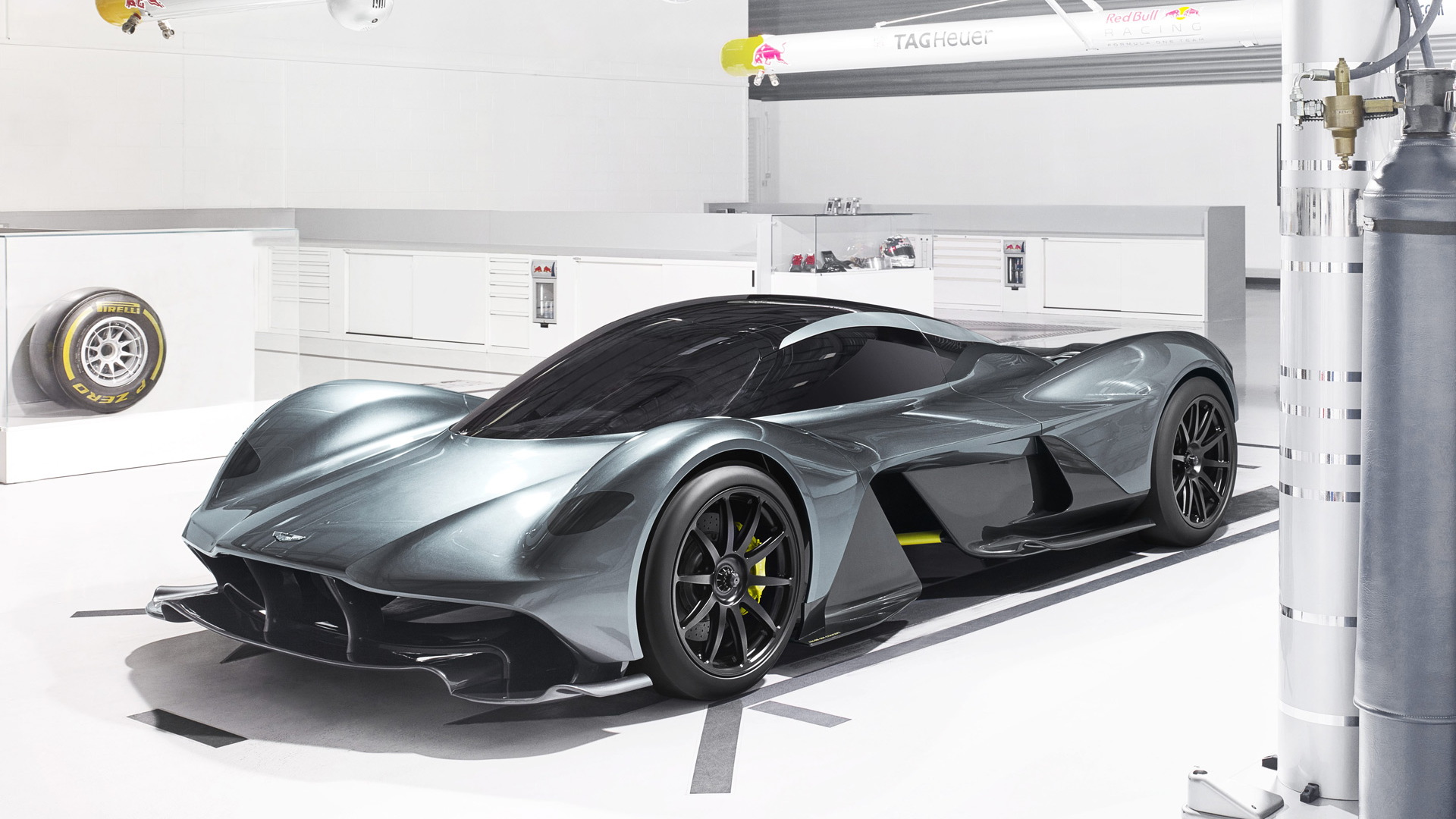 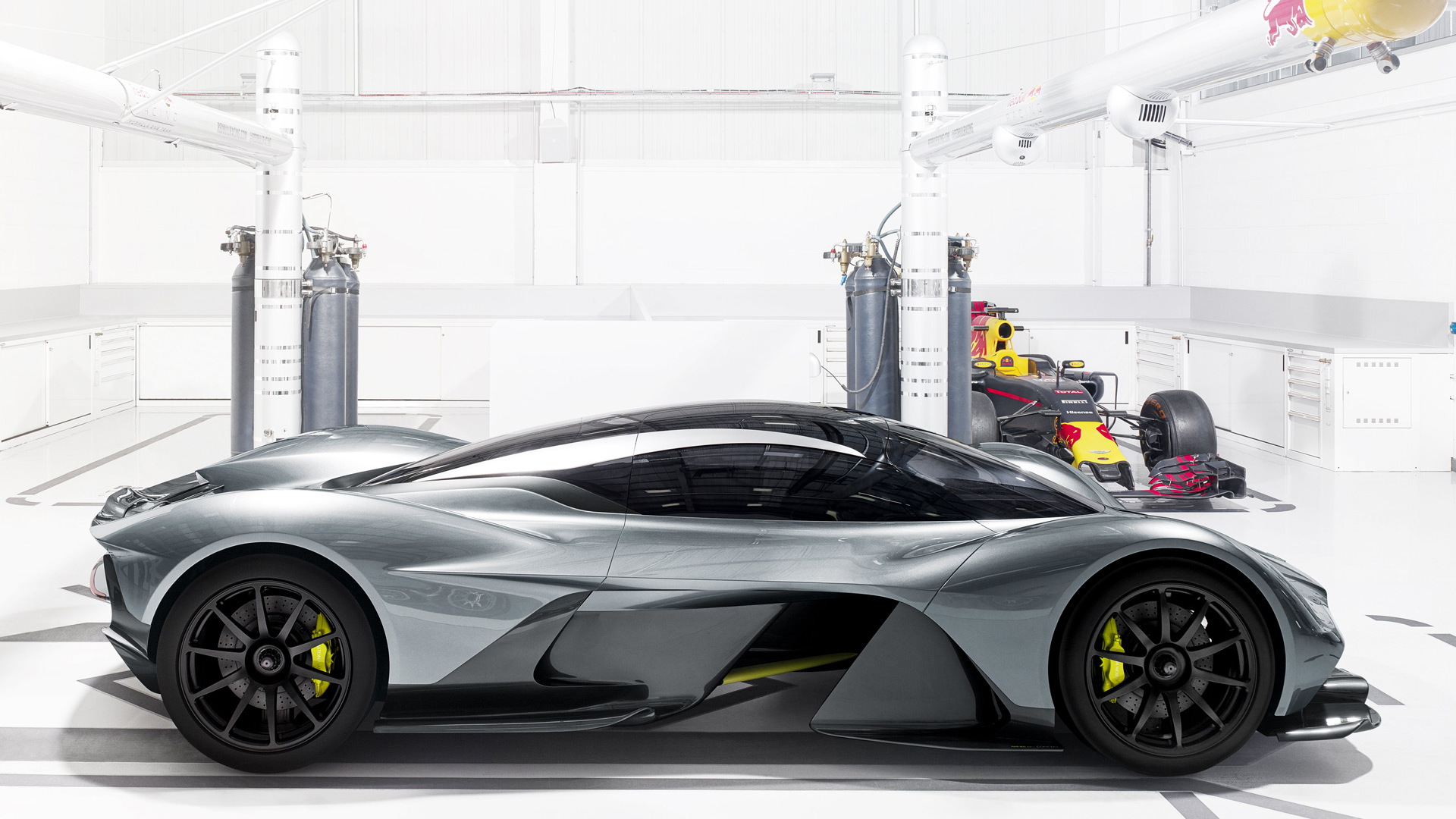 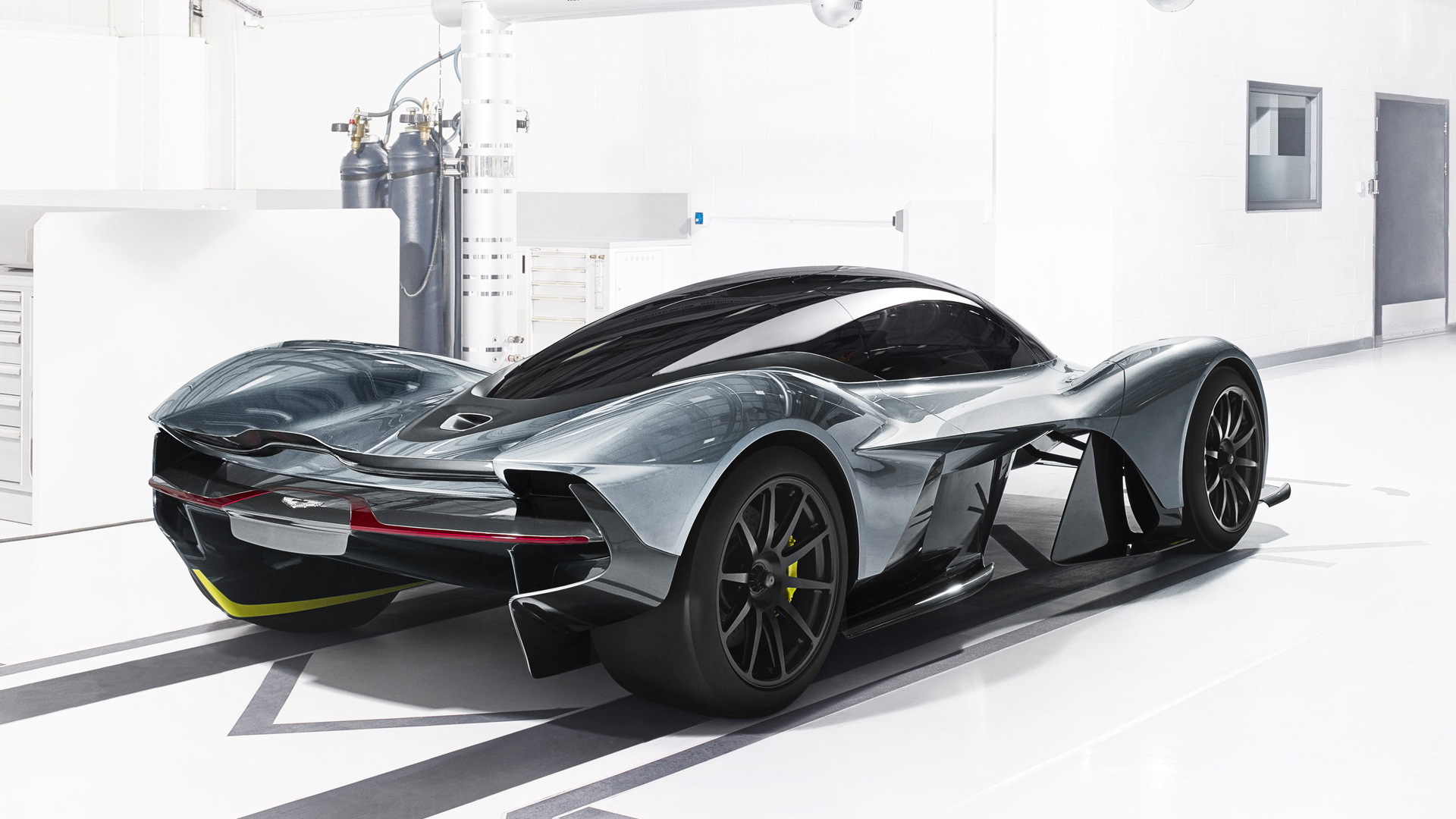 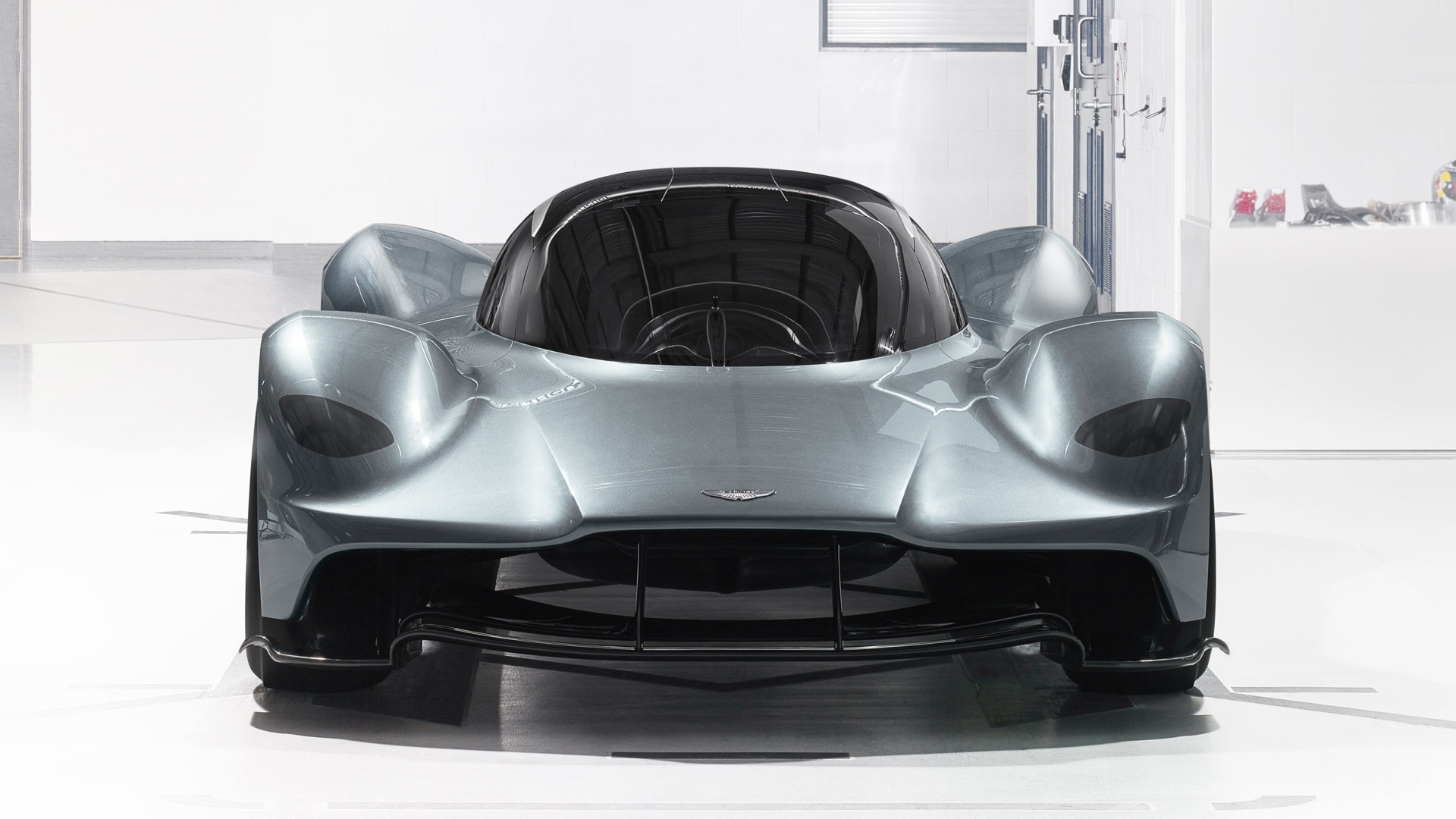 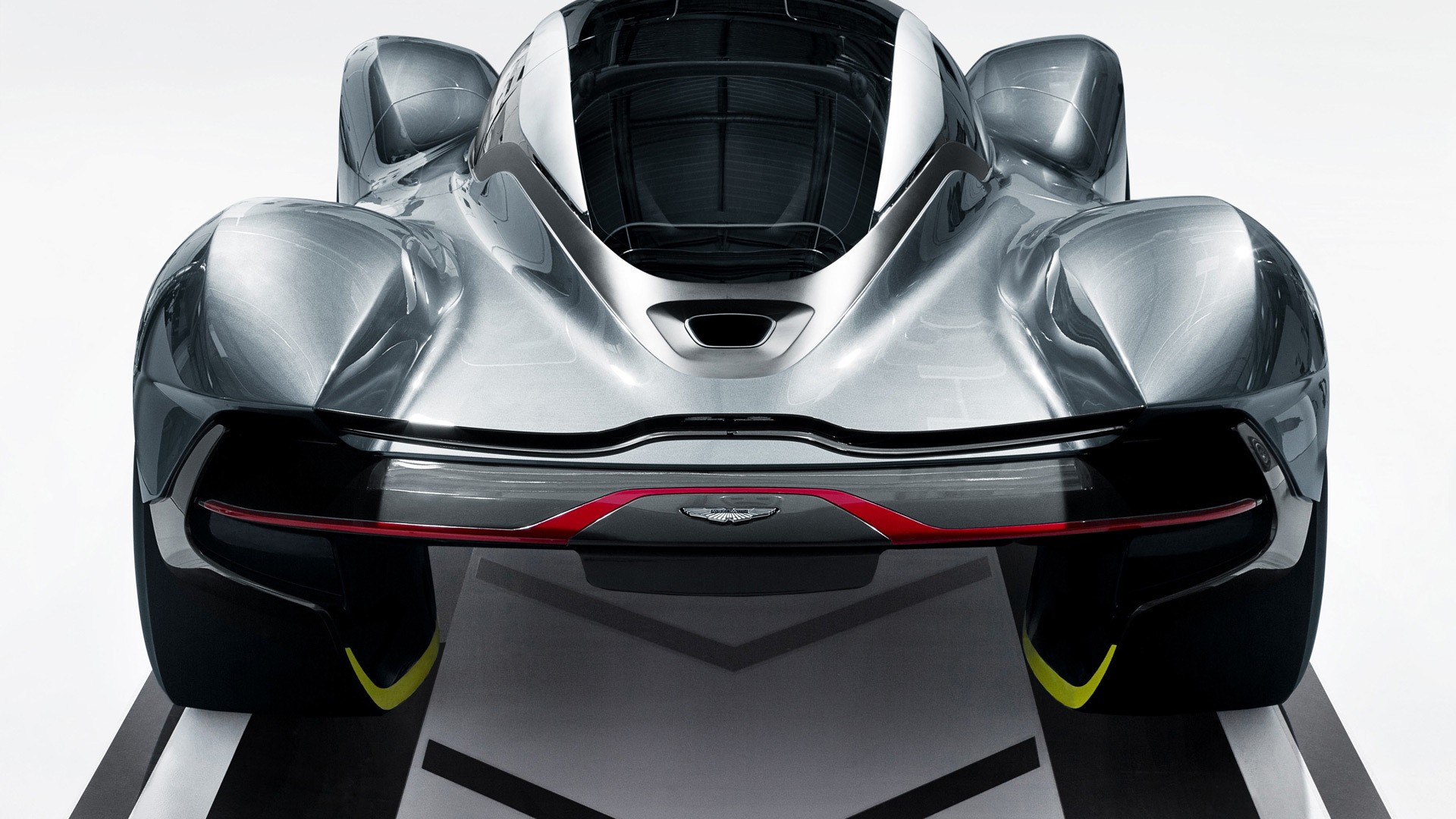 Aston Martin has provided us with a first look at its revolutionary new hypercar being developed in partnership with the Red Bull Racing Formula One team.

The new car, code-named AM-RB 001, will be one of two special edition models Aston Martin introduces in 2018, and it’s destined to be the fastest production car of all time.

This is due to Red Bull's Chief Technical Officer, renowned racecar designer Adrian Newey, helping with the design and engineering. Without any race regulations to deal with, Newey should be able to design a car that can lap the famous Silverstone racetrack just as quick or even quicker than an F1 racer.

Depending on demand, Aston Martin plans to build between 99 and 150 examples, though this figure includes all prototypes as well as the track-only versions of which there will be 25 in total.

Most of the details are still being kept secret though we can confirm power will come from a high-revving V-12 engine, possibly augmented by an energy recovery system. The engine will sit behind a narrow, two-seat cockpit and help deliver a 1:1 power-to-weight ratio, as measured in horsepower per kilogram. The only other car that can claim such a feat is Koenigsegg’s 1,341-horsepower One:1 hypercar.

The AM-RB 001 will be built almost entirely of carbon fiber. But in addition to being extremely light and stiff it will also boast impressive aerodynamics, including unprecedented levels of downforce in a street-legal car.

Thanks to the prowess of Newey’s design much of this downforce will be generated through underfloor aerodynamics, leaving Aston Martin design boss Marek Reichman free to craft an elegant design that’s instantly recognizable as an Aston Martin.

And to cope with the extreme aerodynamic loadings expected at high speeds, yet allow the car to remain civil at road speeds, the AM-RB 001 will get a sophisticated suspension system also devised by Newey. Likewise, the transmission is a clean-sheet design devised by Newey and developed by the technology arm of the Red Bull F1 team.

Note, the version shown here is a prototype and some of the finer design elements will change before the start of production.

Production will take place at Aston Martin’s headquarters in Gaydon, England, in a purpose-built facility originally created for the One-77 hypercar. The starting price is a rumored £2.5 million (approximately $3.27 million).

“The AM-RB 001 is a truly remarkable project and something of which I’m extremely proud,” Palmer said in a statement. “As the project gathers pace its clear the end result will be a truly history-making hypercar that sets incredible new benchmarks for packaging, efficiency and performance and an achievement that elevates Aston Martin to the very highest level.”