The C8 Chevrolet Corvette Stingray has only just arrived but the more hardcore Z06 has already been spotted testing on multiple occasions.

Expected for the 2022 model year, the new Corvette Z06 will pack an engine related to the 5.5-liter V-8 fitted to the C8.R race car. The race car's engine is a naturally aspirated unit complete with dual overhead cams and a flat-plane crank—and this is the same configuration expected for the Z06.

Motor Trend has now learned a few more details about the Z06 from a source at General Motors. According to the source, the engine will deliver around 625 horsepower and over 400 pound-feet of torque. A torque figure closer to 485 lb-ft is likely, according to the magazine.

The source also revealed the engine will scream all the way to a 9,000-rpm redline. Excluding hypercars that are driven just a few hundred miles, perhaps in their lifetimes, only the race-bred 4.0-liter flat-6 of the Porsche 911 GT3 redlines this high, as far as production cars are concerned. The news should appease the many fans who were saddened to see the Z06 switch from naturally aspirated to supercharged power when the C7 generation arrived.

With the extra traction made possible by having the engine sitting on top of the driven wheels, team Corvette will be able to turn up the power dial for models further up the chain. Above the Z06 will sit the ZR1, which is expected to run a twin-turbocharged version of the Z06's engine, good for around 800 hp.

A hybrid flagship with the ZR1's engine and an electric motor (or two) likely positioned at the front axle for all-wheel drive is also coming. Don't be surprised if it ends up being badged a Zora, after Corvette father Zora Arkus-Duntov. There is also expected to be a tamer hybrid model that could fill in for the Grand Sport, which Motor Trend's source said won't be repeated for the C8 generation. 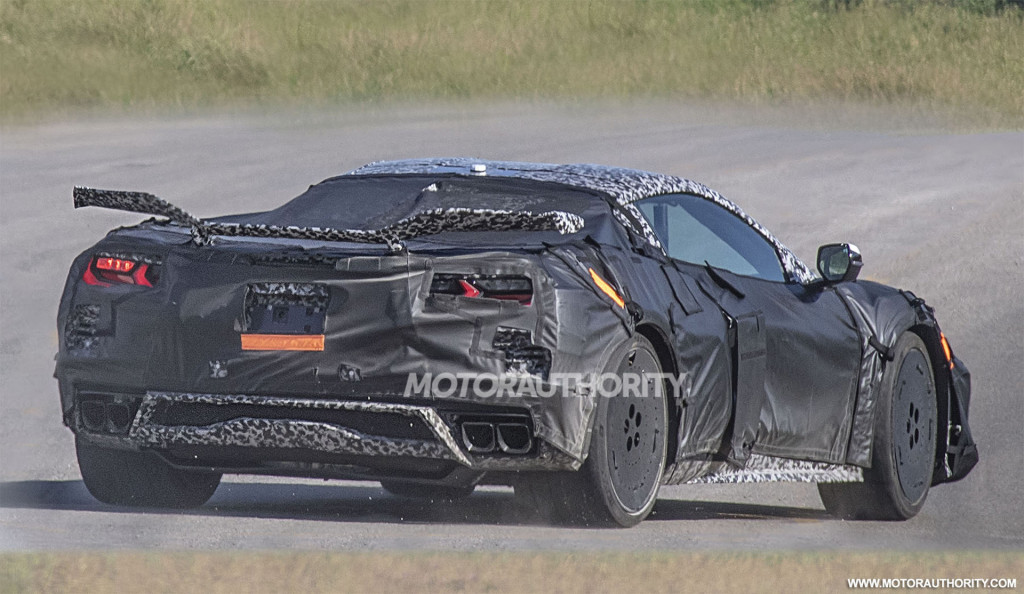 And what about the electric Corvette that Joe Biden mentioned earlier in August? According to Motor Trend it's definitely coming, though there are no details on it from the source.

Overall, it sounds like the C8 generation will have a little something for everybody.