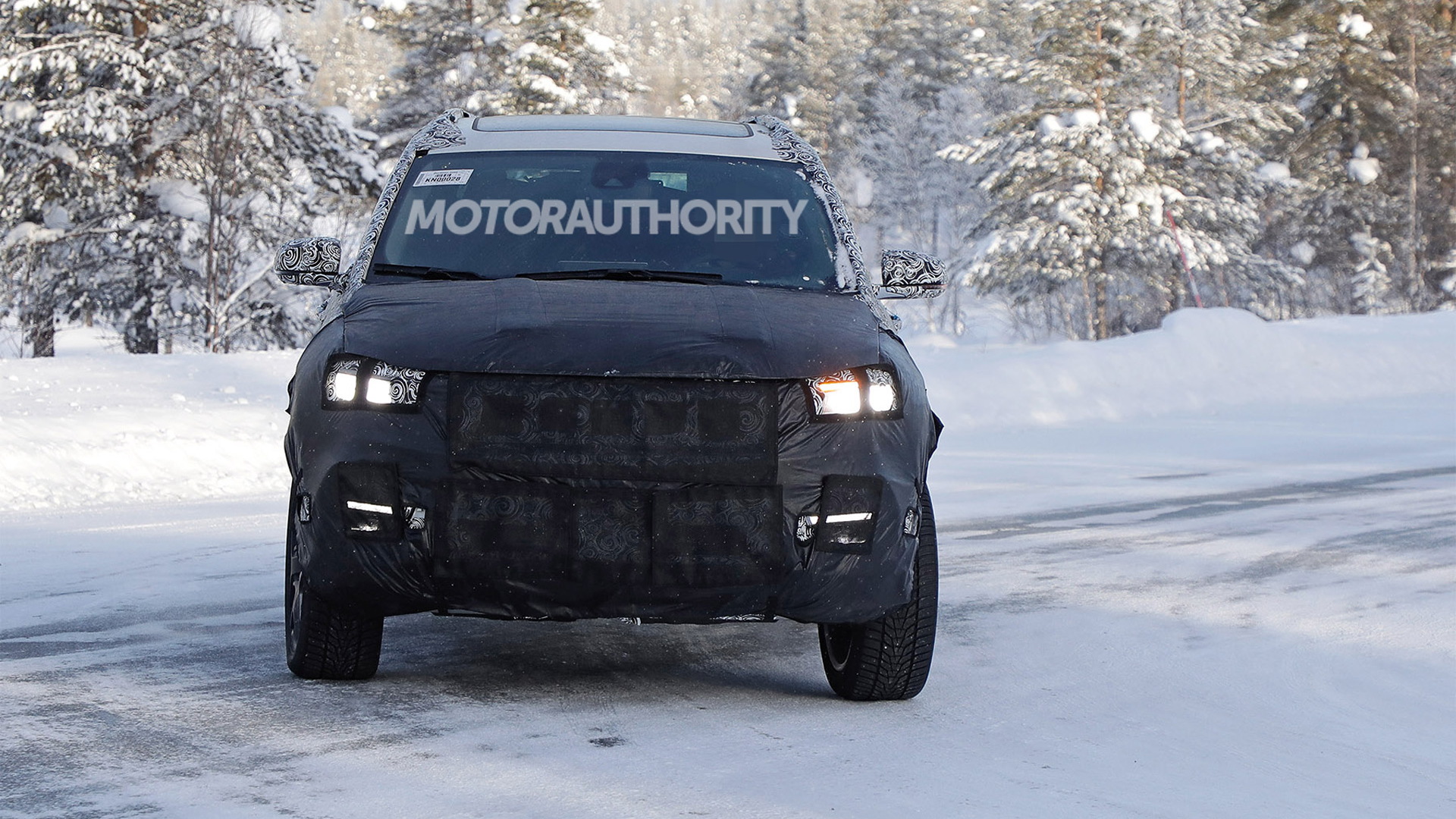 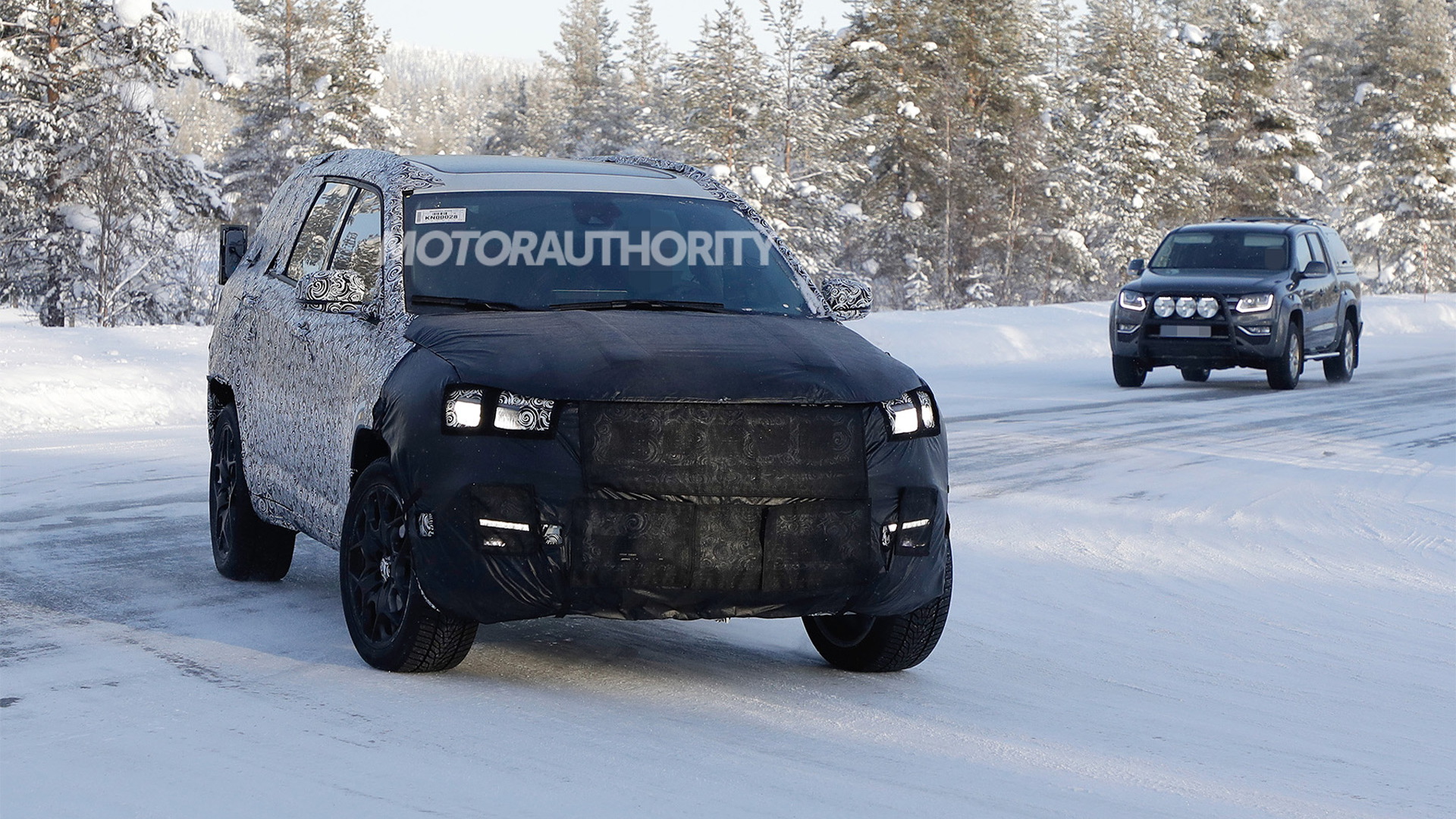 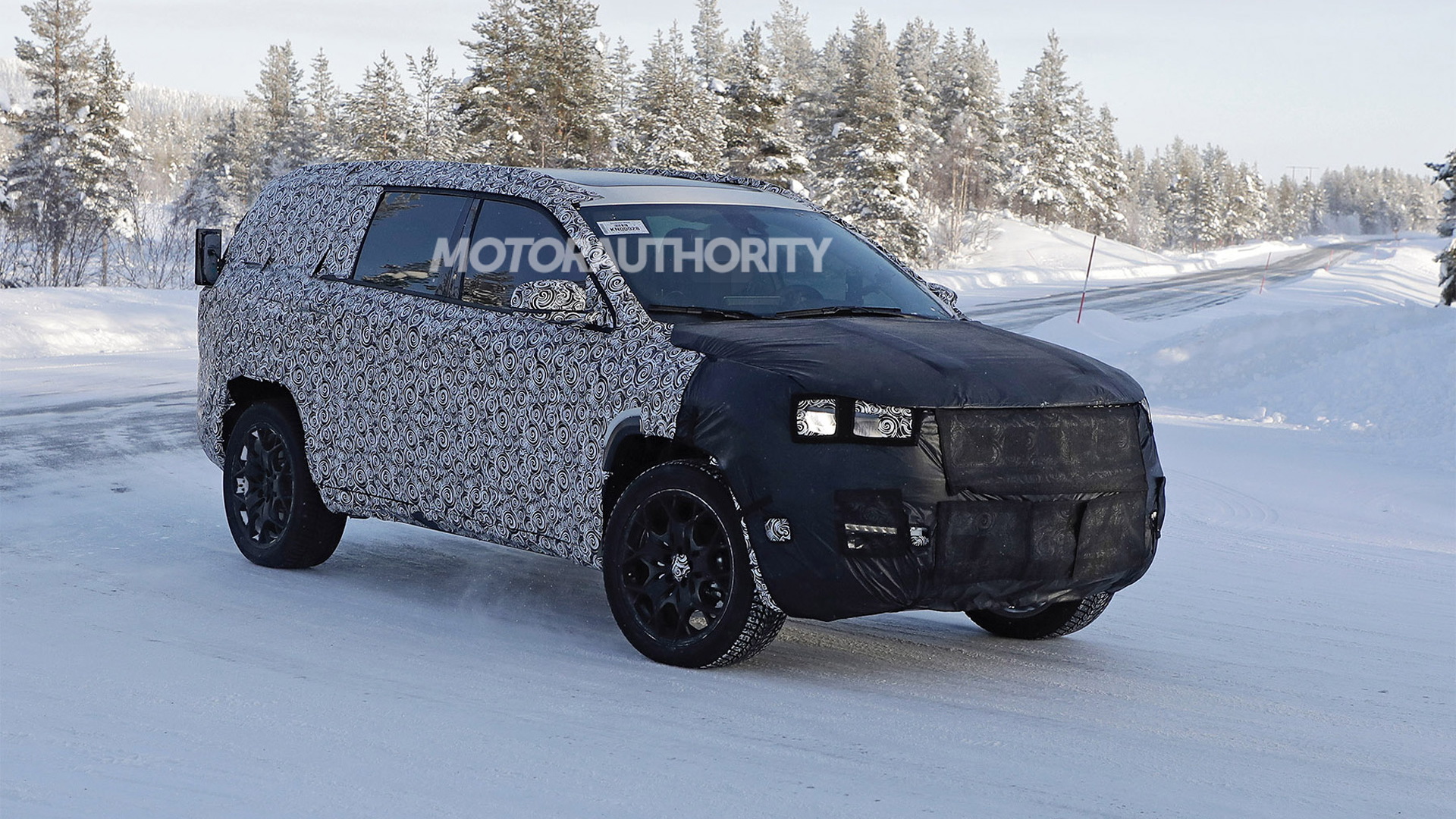 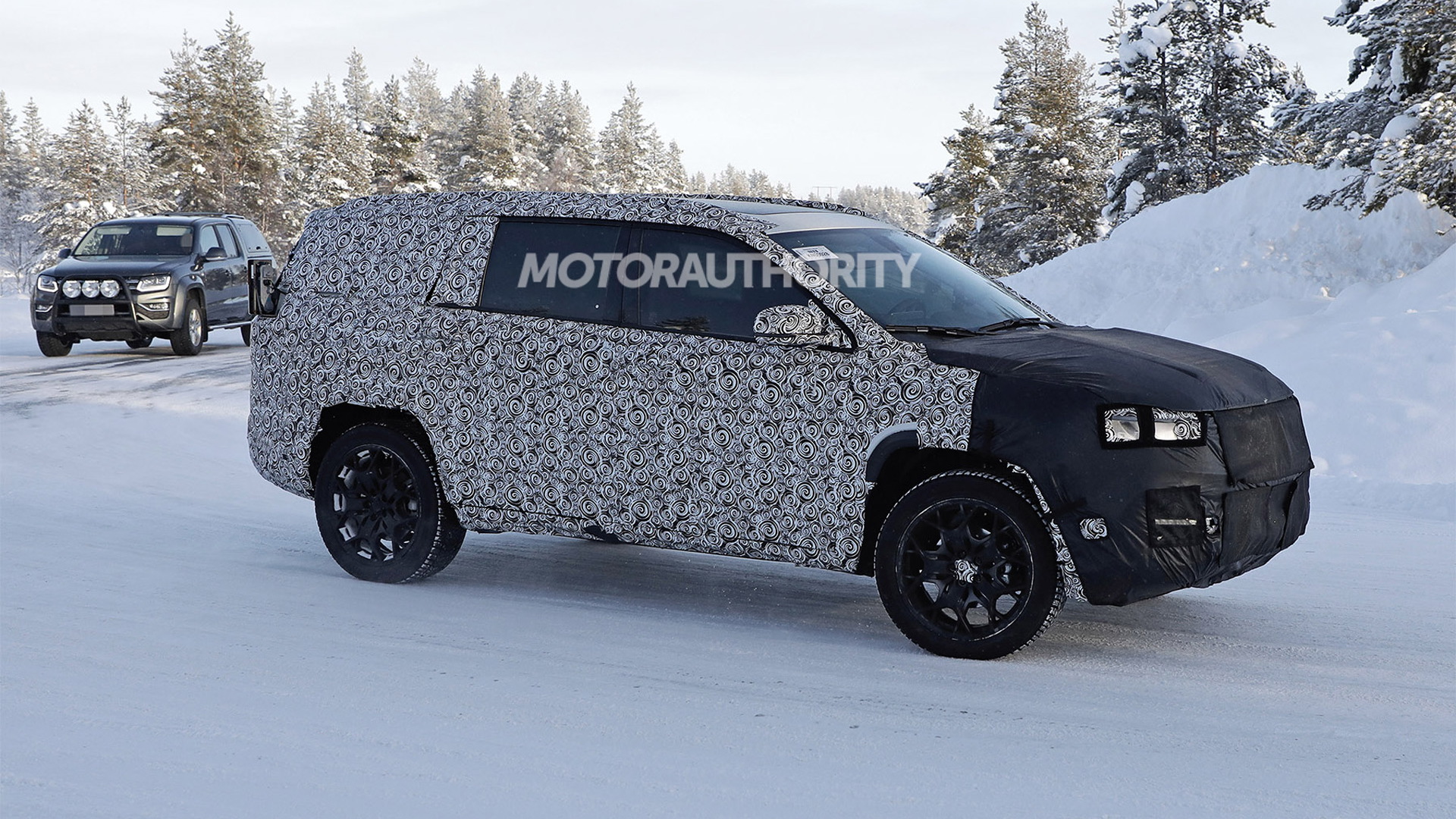 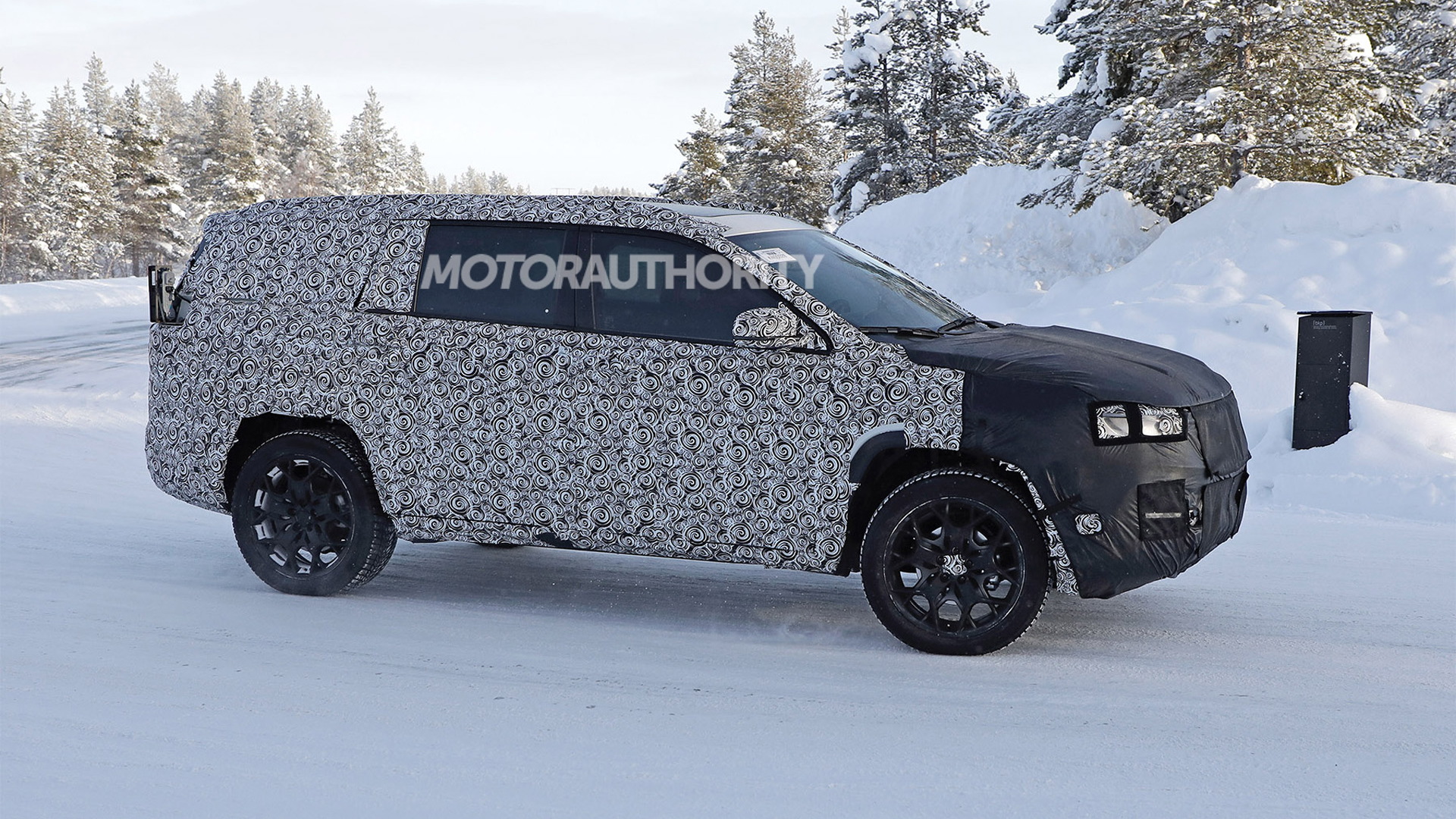 Jeep has been spotted testing a new three-row crossover in Europe.

The mystery model is a compact offering that will likely skip the United States. It's related to the Compass and was first announced by Jeep parent company Fiat Chrysler Automobiles (now Stellantis) during a 2018 presentation, where it was referred to as a “Low D 3-Row” crossover.

The Compass itself is due to be updated shortly and we'll likely see this three-row crossover arrive about the same time, possibly badged a Compass L, just as the new three-row Grand Cherokee is called a Grand Cherokee L. The updates pegged for the Compass include sharper styling and a revamped interior with modern tech.

Though heavily camouflaged, we can see that the three-row crossover's front section is similar to the front section of prototypes for the updated Compass. The stretched body is unique to the three-row version and likely has space for seven, although the rear seats will likely accommodate small children only.

Jeep already sells a compact three-row crossover in China, which is related to the Cherokee. It's called the Grand Commander and was launched in 2018. This Compass-based three-row crossover will offer the same compact size and three-row practicality for buyers in the rest of the world, and possibly China as well.

It's probably too small for the U.S., so don't expect it here. Instead, Jeep has introduced the new 2022 Grand Cherokee L in our market for big families. The automaker also has the new 2022 Wagoneer and Grand Wagoneer aimed at buyers who need maximum space in combination with a little luxury. The addition of all these new members mean Jeep will soon have a total of five models with third-row seats in its global lineup.