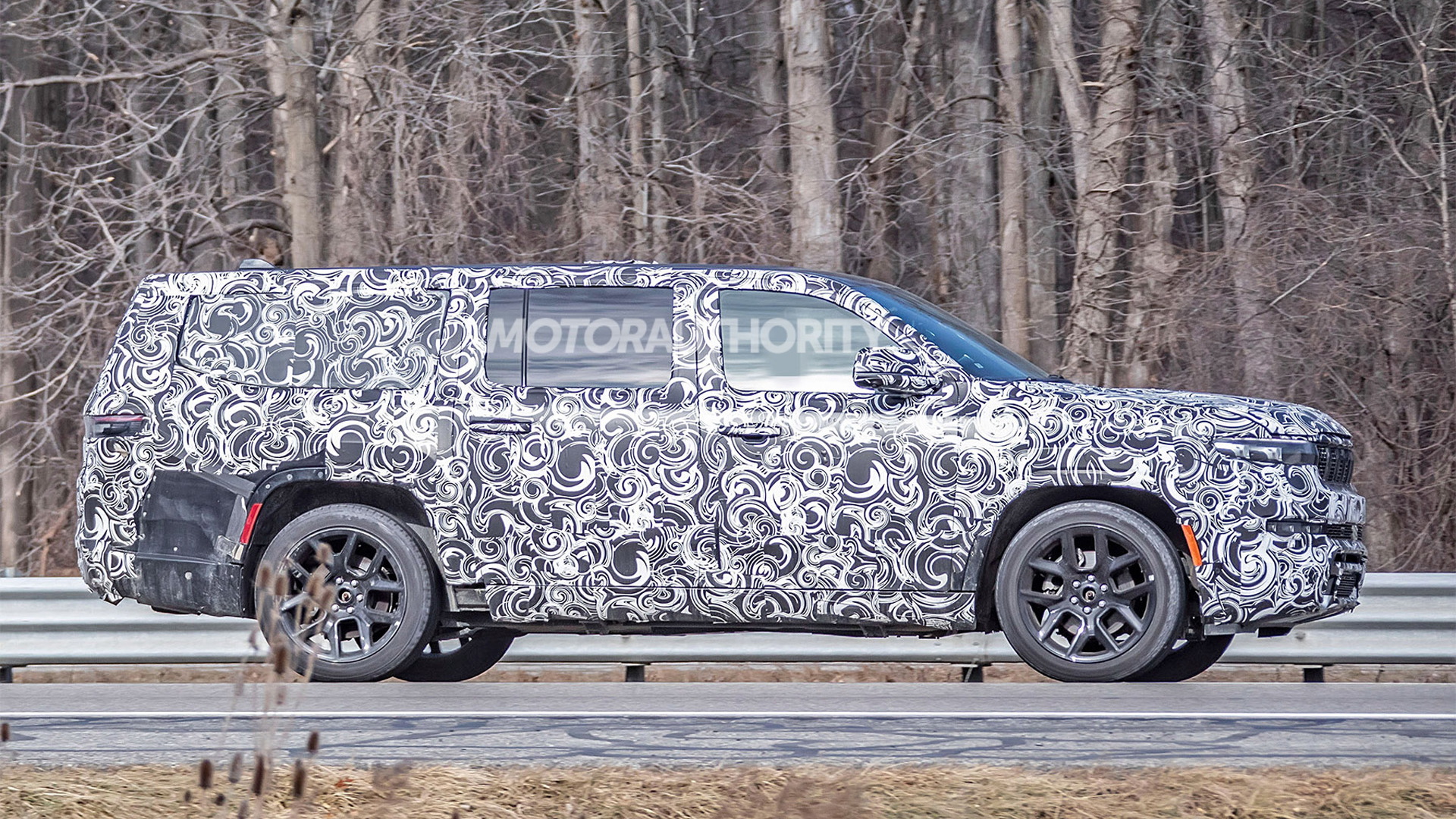 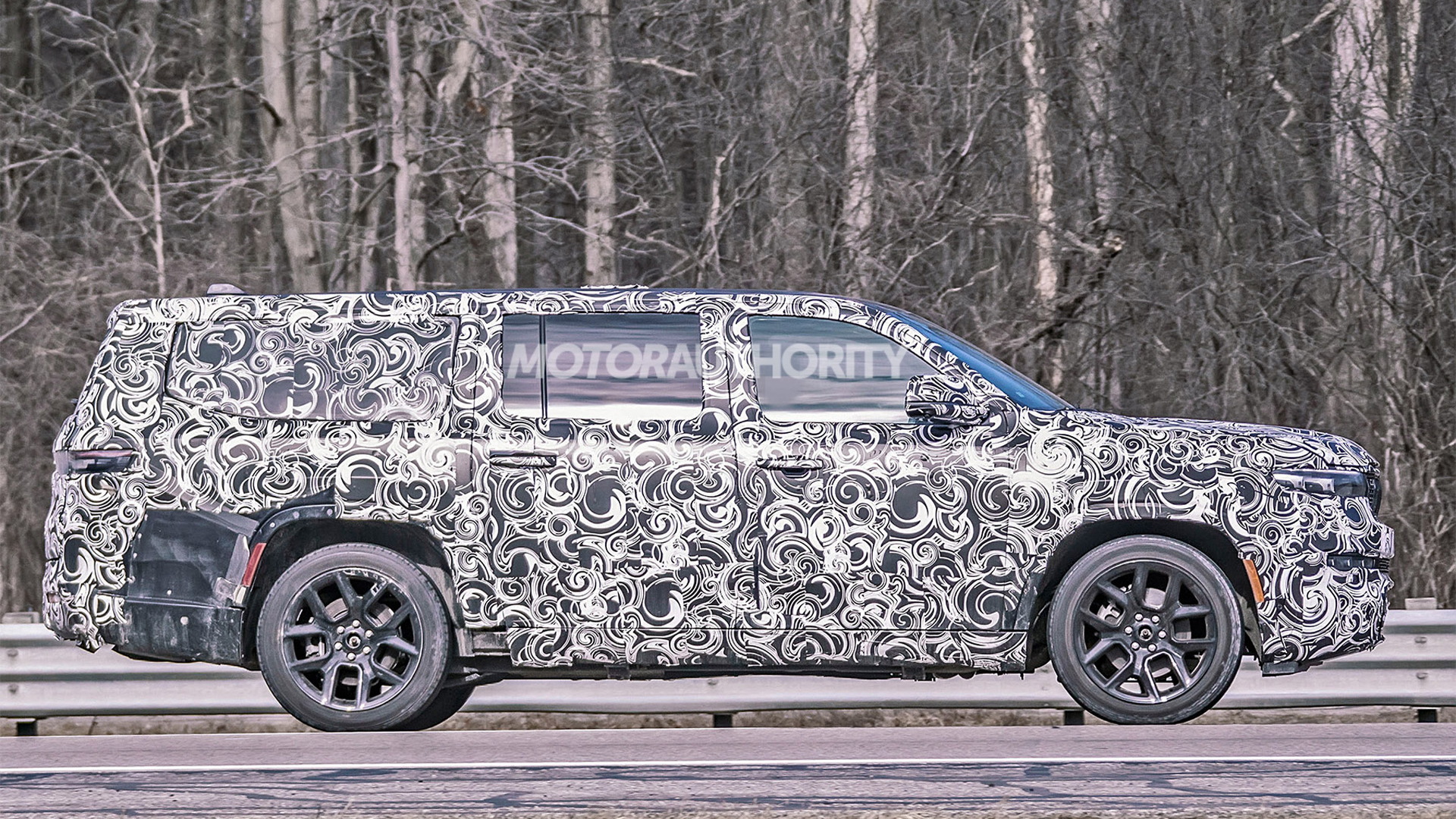 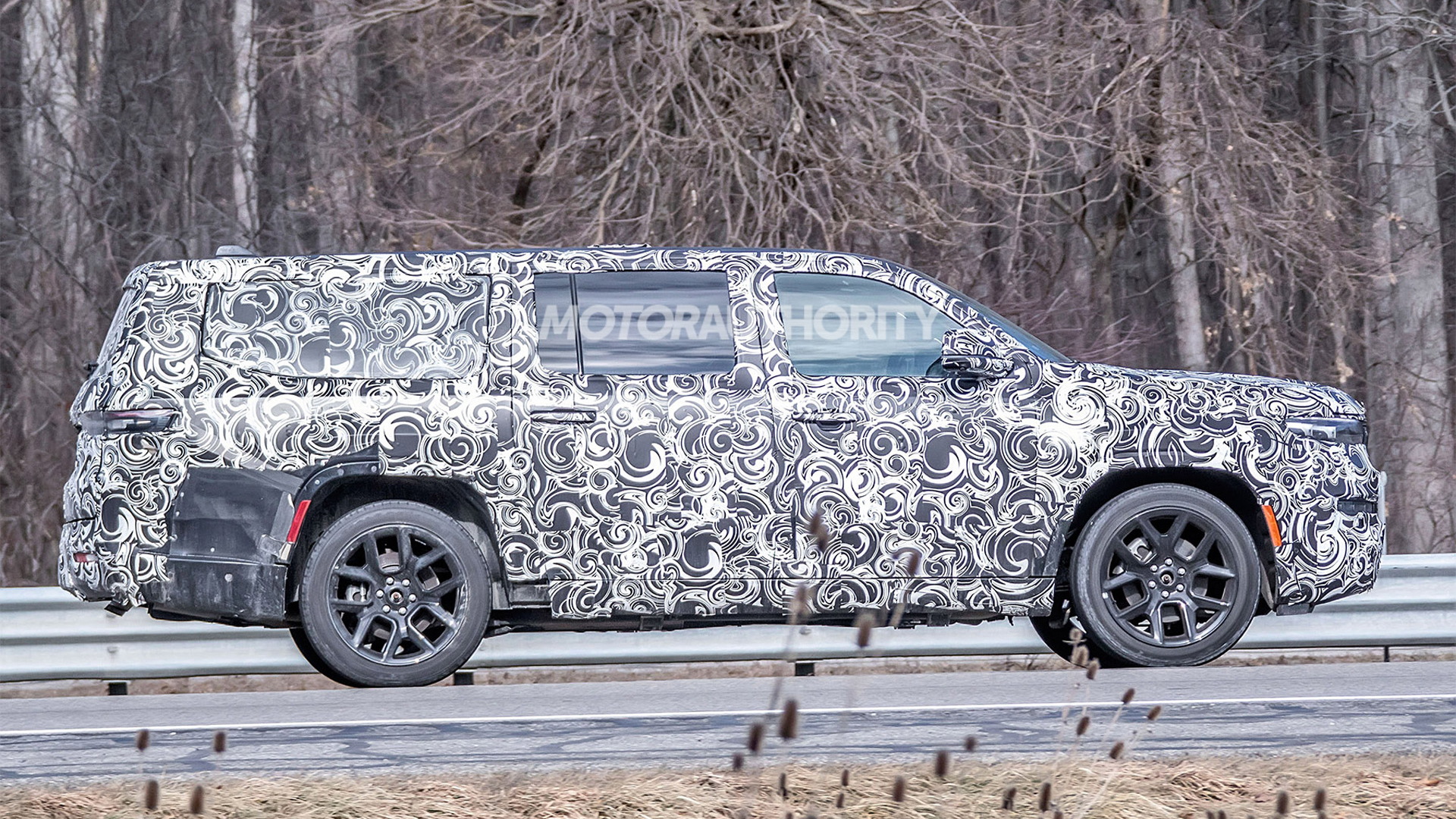 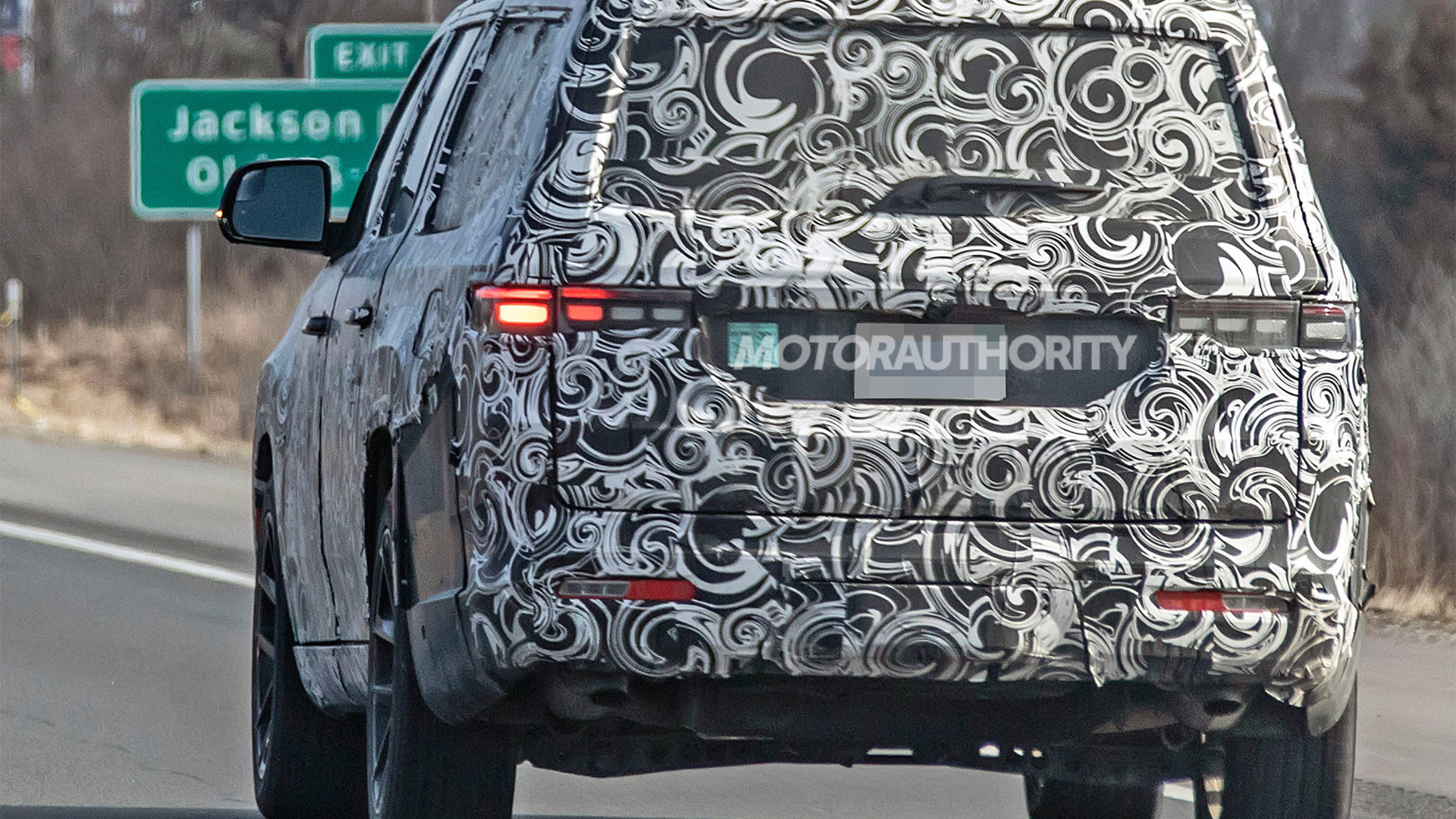 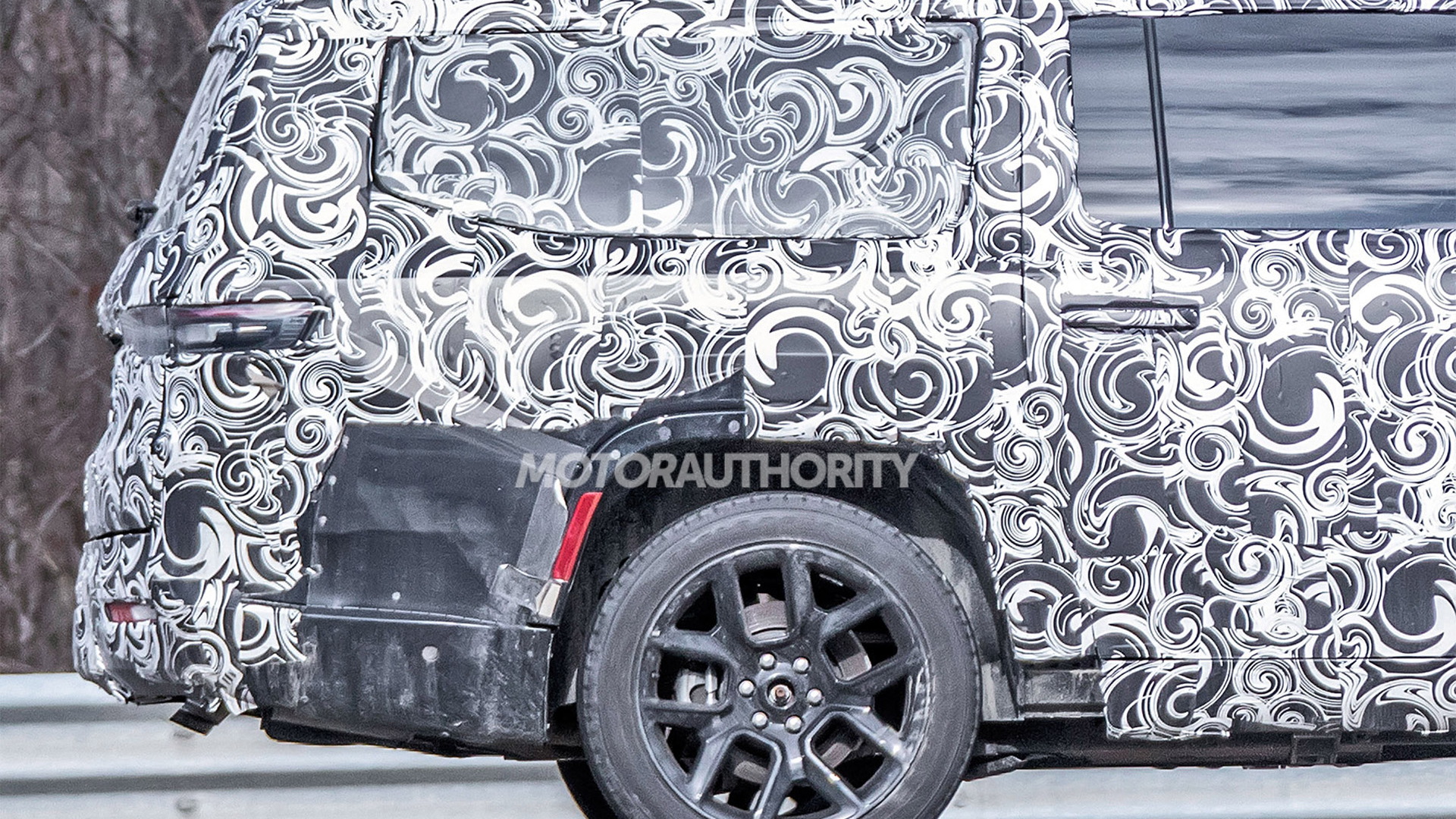 As if the modern Jeep Wagoneer wasn't already big enough, Jeep is out testing a stretched version.

It was testing together with a regular Wagoneer, revealing the size difference between the two. For reference, the regular Wagoneer measures 214.7 inches in length. That's long, but it's almost a foot shorter than stretched versions of the rival Cadillac Escalade and Lincoln Navigator.

The changes should mean extra space for the second and third rows, as well as maximum cargo. The regular Wagoneer has 27.4 cubic feet of cargo space behind the third row, which expands to 70.9 cubic feet.

What's not clear is whether the stretched Wagoneer will be available in both regular and upmarket Grand Wagoneer grades, or just the latter. It also isn't clear when the option will arrive, though sometime later this year is a strong possibility, meaning we could see it introduced for the 2023 model year.

Jeep is also known to be preparing a plug-in hybrid powertrain for the Wagoneer, though this isn't expected to arrive for a couple of years still. The current powertrain lineup includes a 392-hp 5.7-liter V-8 (with mild-hybrid) and a 471-hp 6.4-liter V-8.