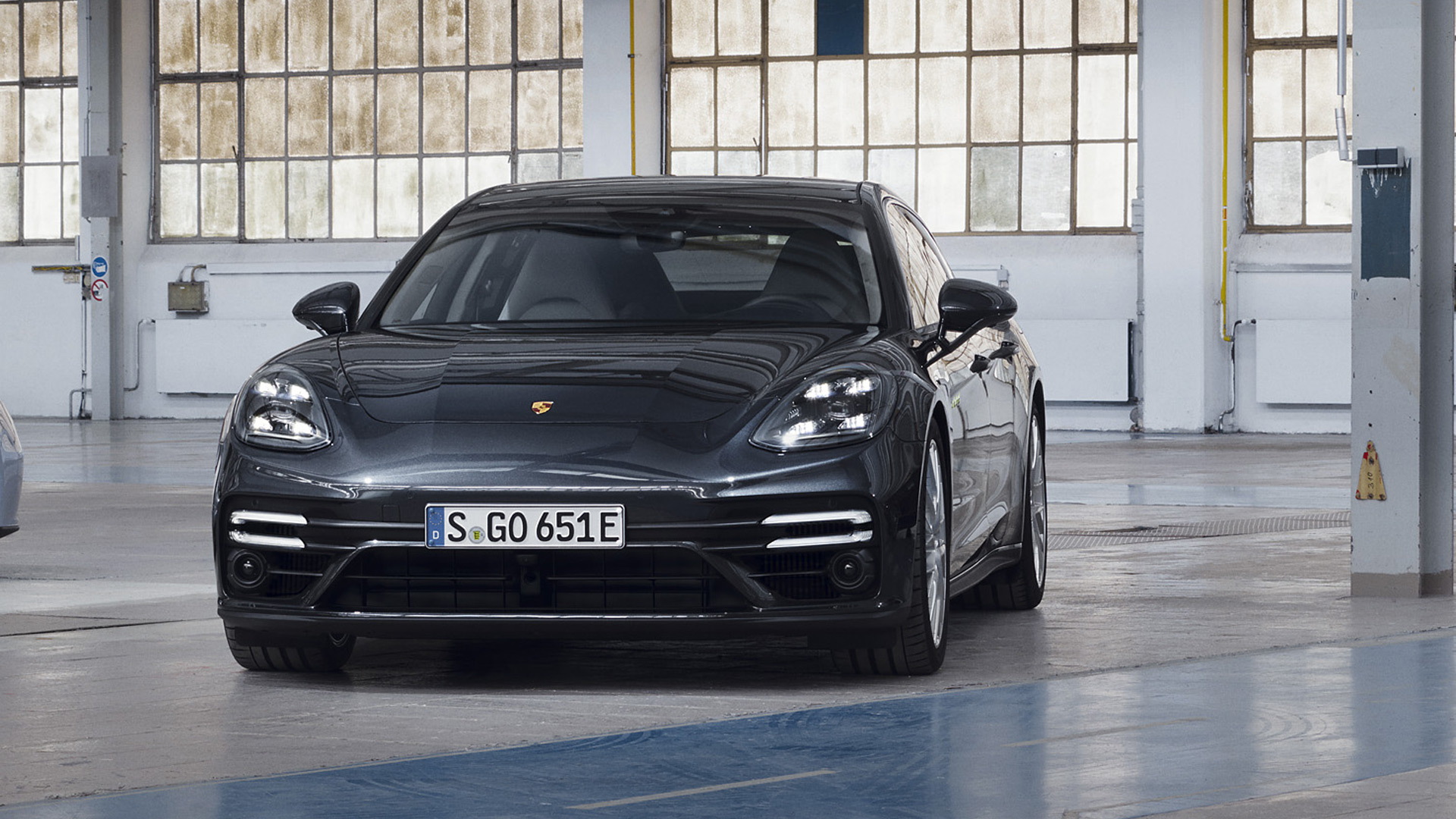 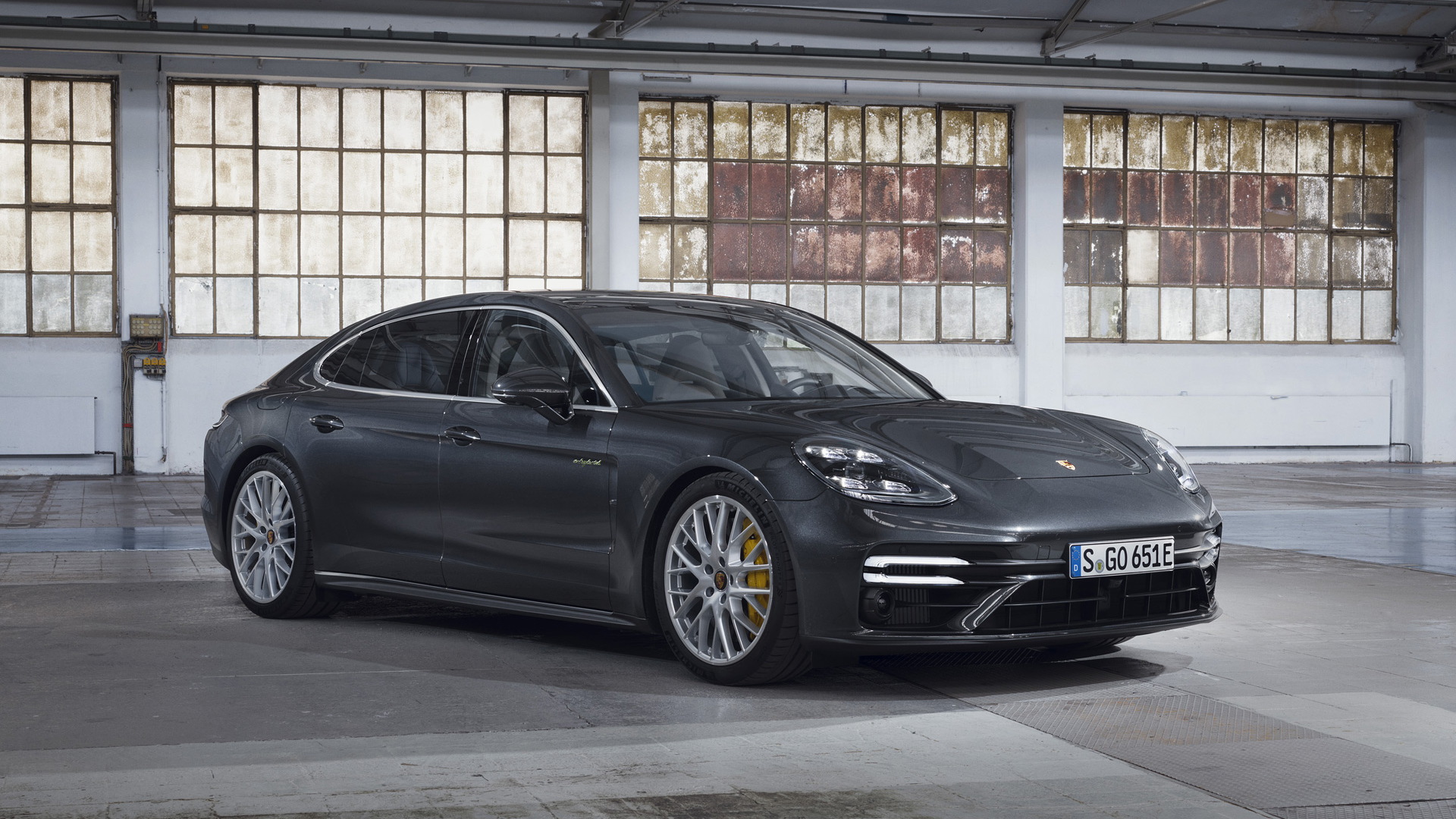 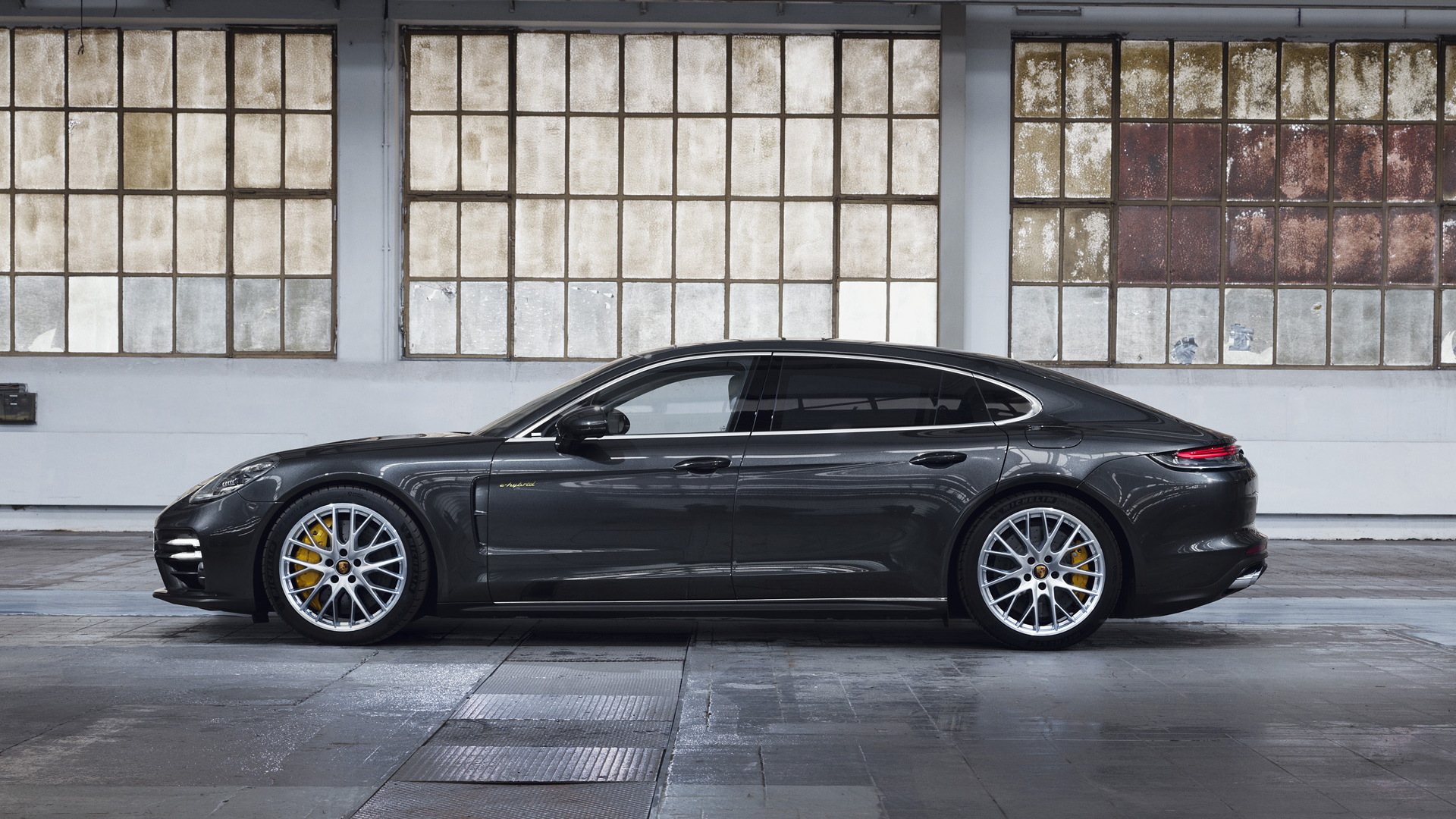 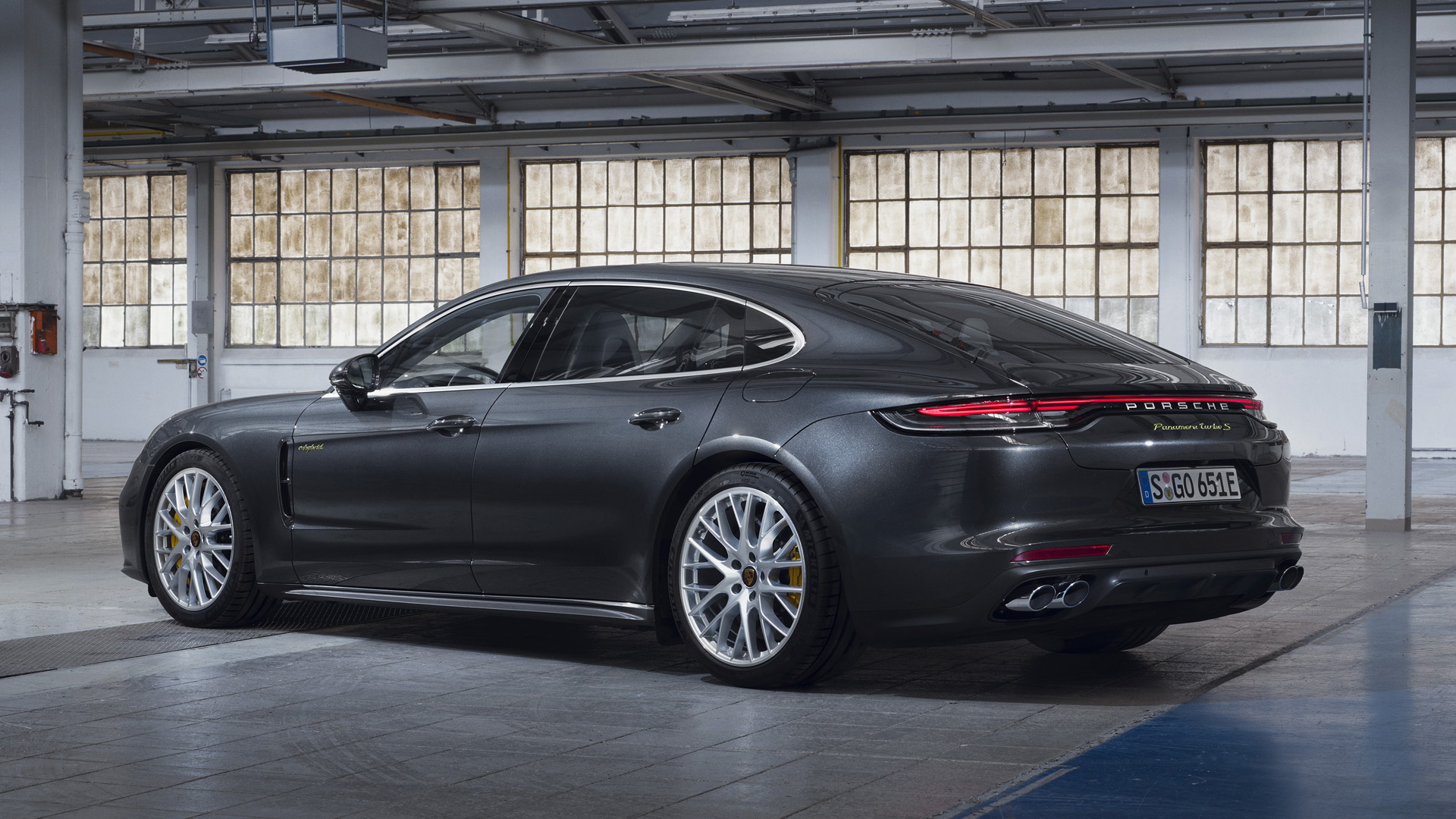 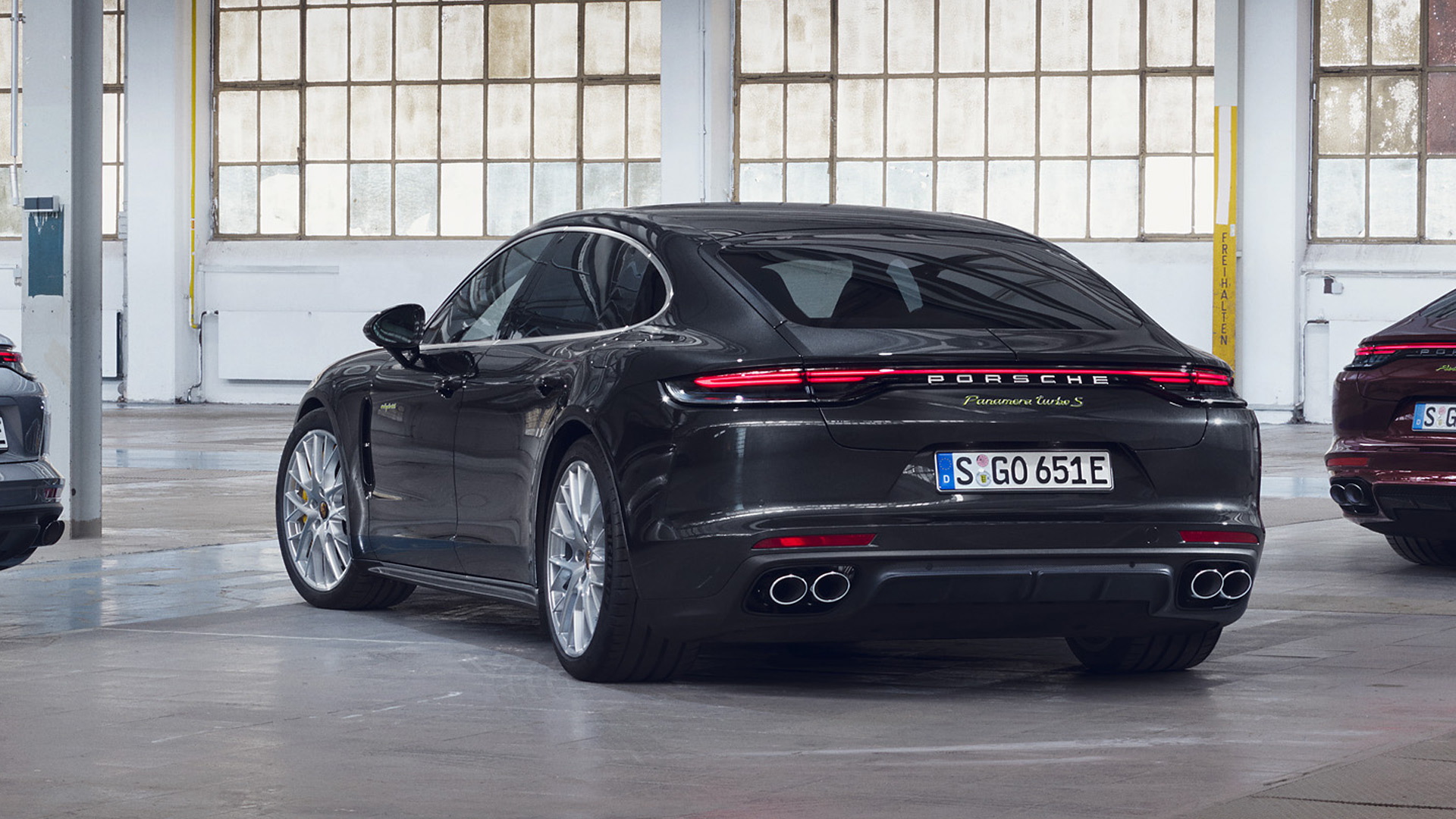 Porsche in August unveiled an updated Panamera that we'll see in showrooms next spring as a 2021 model.

The updated 2021 Panamera Turbo S E-Hybrid will also reach showrooms in the spring, with output from its 4.0-liter twin-turbocharged V-8 and electric motor combo registering at 689 horsepower and 642 pound-feet of torque. That's up from the 2020 model's 680 hp and 626 lb-ft, though may not be enough to upset Mercedes-AMG's new hybrid range-toppers.

The battery capacity has also been increased to 17.9 kilowatt-hours (up from 14.1 kwh), as is the case for all of the updated Panamera plug-in hybrids. Thanks to the bigger battery, along with recalibrated drive modes aimed at maximizing efficiency, pure electric range should be higher than the 2020 model's EPA-rated range of 14 miles.

Despite being the most powerful variant in the updated Panamera range, the Turbo S E-Hybrid won't necessarily by the fastest. The extra weight of the car's electric drive system and batteries makes it slower than the conventionally powered Turbo S around most racetracks, including the Nürburgring where the 620-hp Turbo S has run a 7:29.81 lap.

The 2021 Panamera Turbo S E-Hybrid is offered in standard, long-wheelbase (Executive), and wagon (Sport Turismo) body styles. A standard 8-speed dual-clutch transmission and all-wheel-drive system also form part of the package. Owners can look forward to 0-60 mph acceleration in about three seconds and a top speed of 196 mph.

Porsche has also finalized specs for the 2021 Panamera 4S and 2021 Panamera 4 E-Hybrid. The 4S features the base model's 2.9-liter twin-turbocharged V-6 but with output dialed to 443 hp, up from 440 hp previously. It also comes standard with air suspension which was an option on the 2020 model.

The 4 E-Hybrid also shares the base model's engine but augments this with an electric motor for a combined 455 hp, down from 457 hp previously.

Pricing for the 2021 Porsche Panamera range will be announced closer to the market launch next spring.