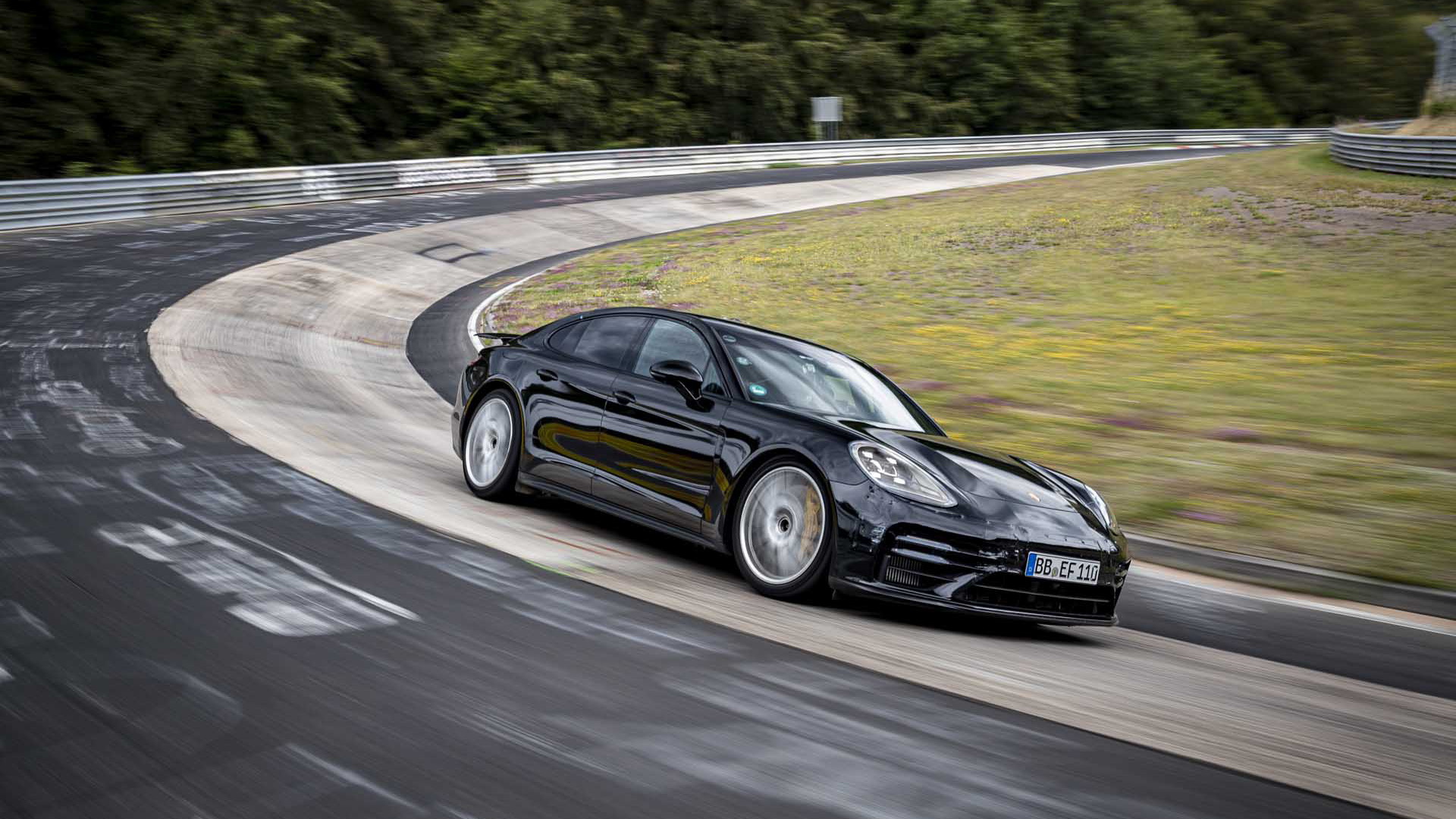 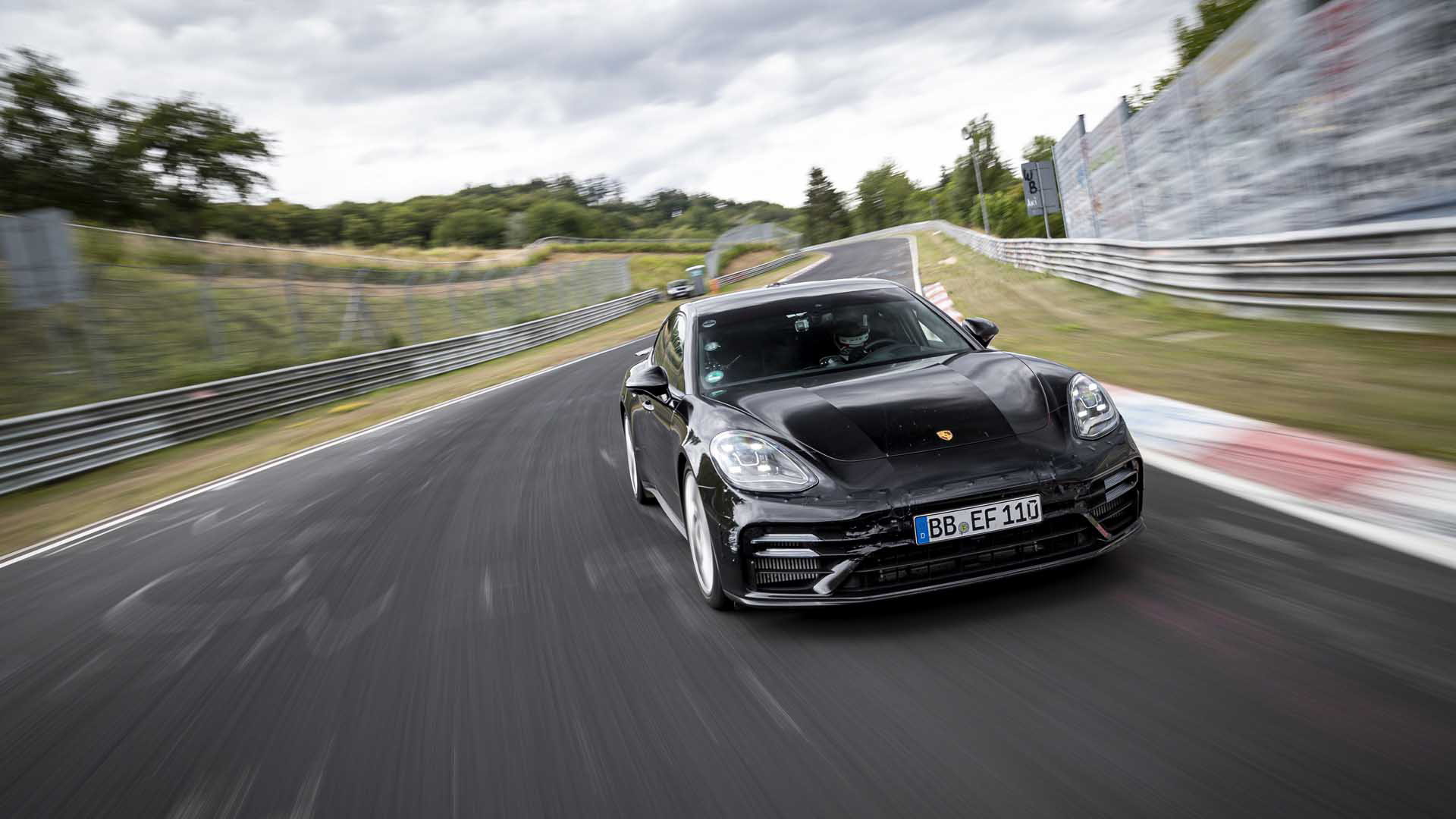 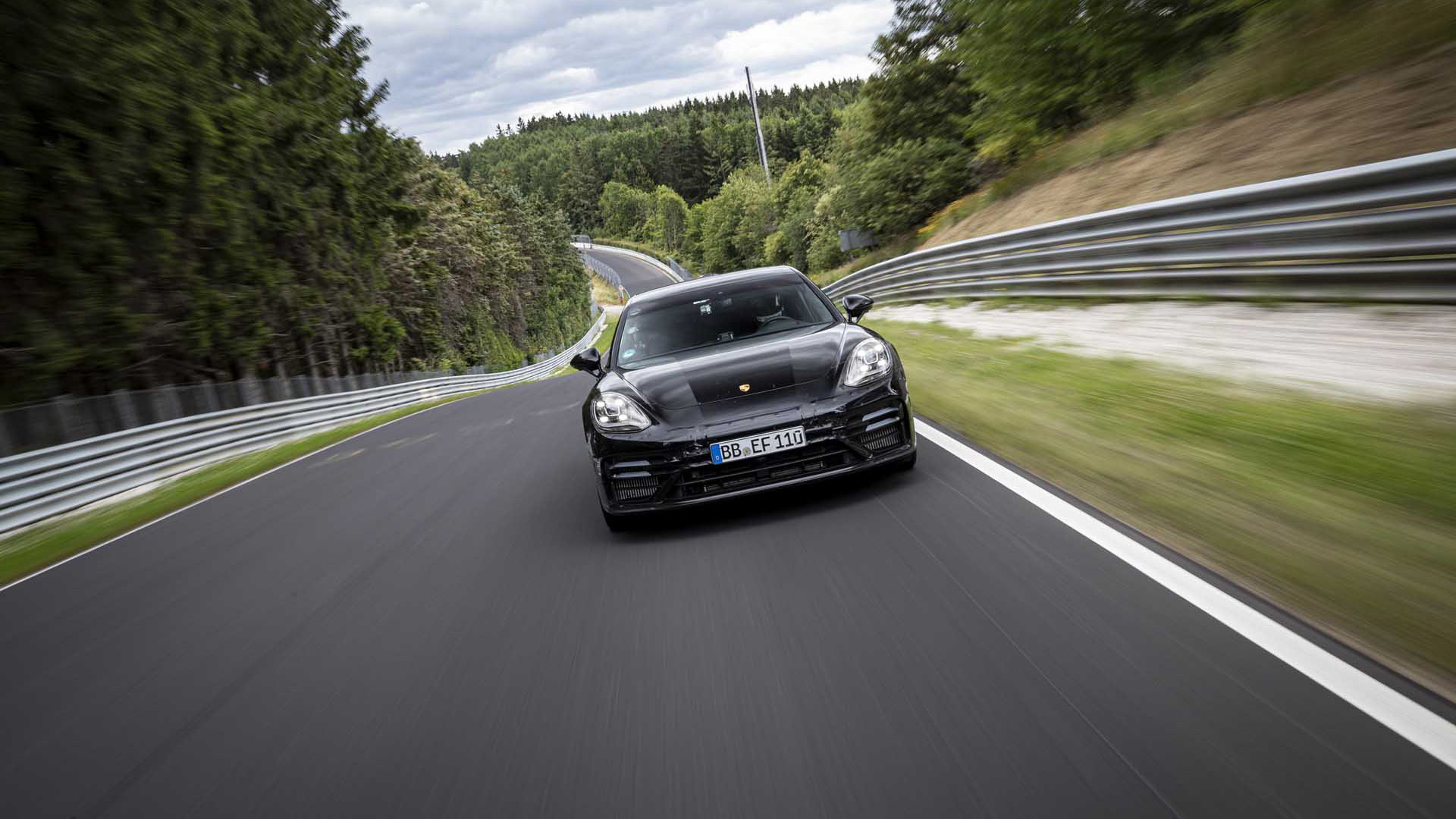 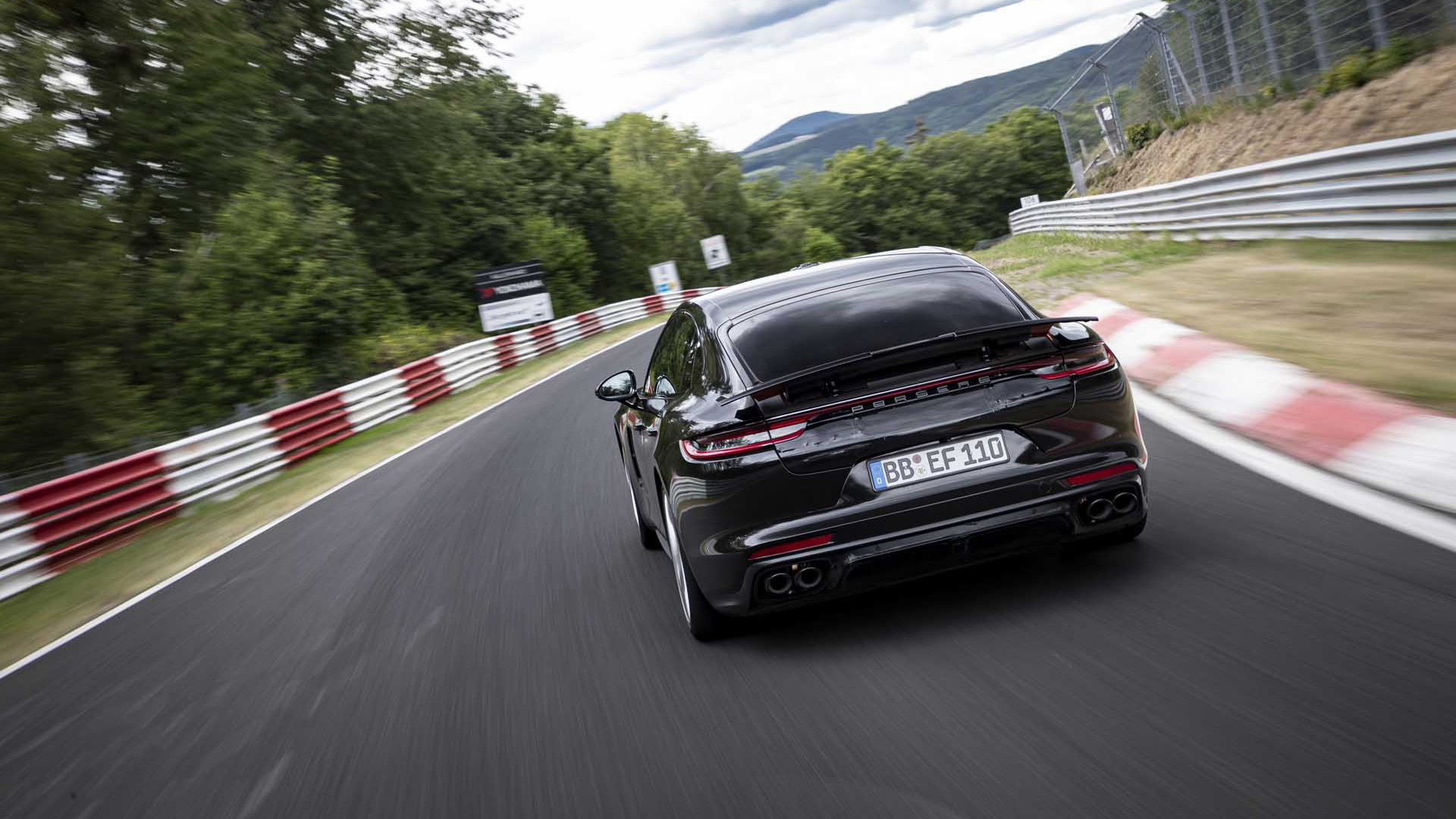 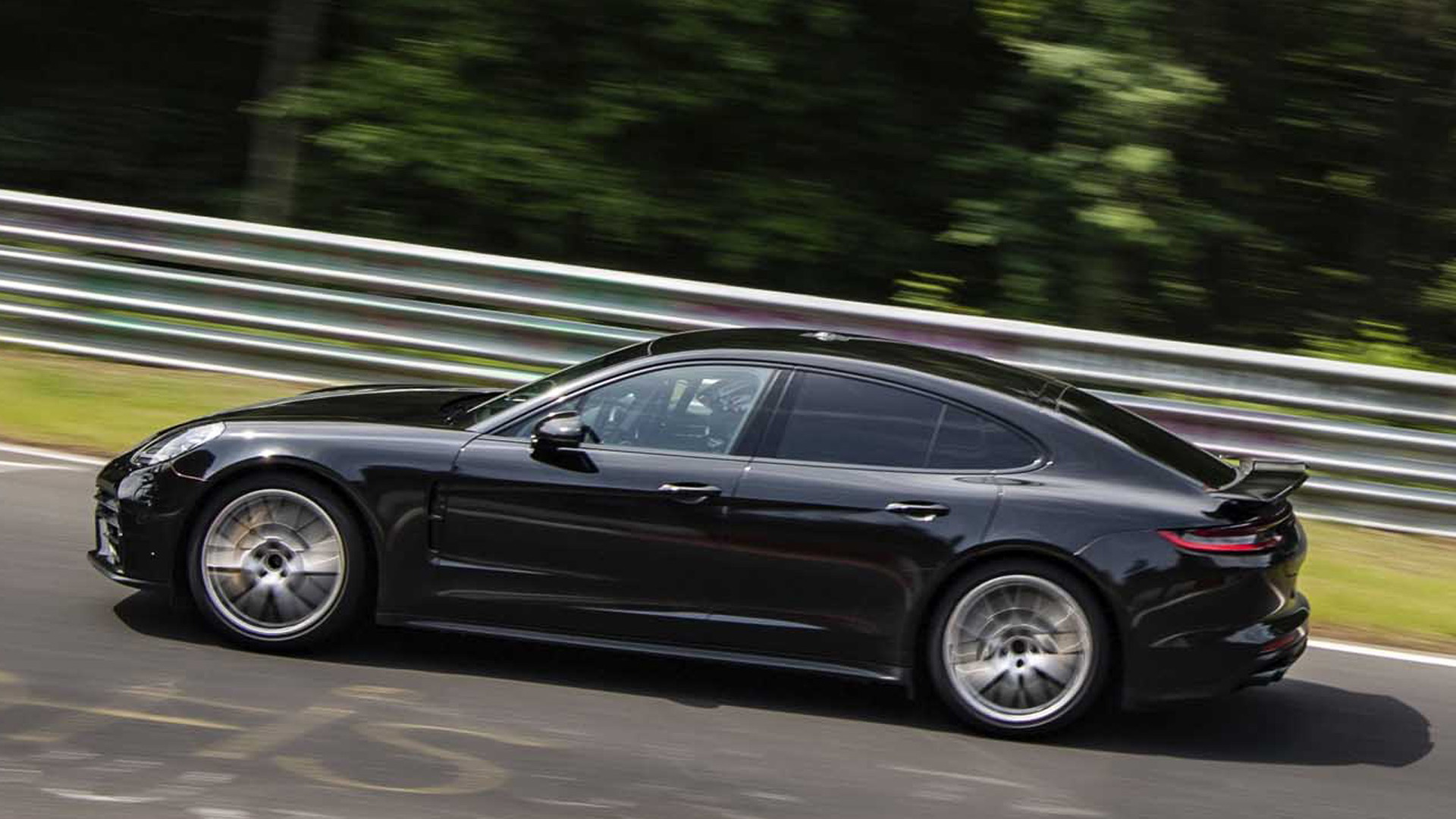 Porsche is working on a mid-cycle update for its Panamera, and on Thursday the automaker revealed the updated liftback sedan has lapped the full 12.9 miles of the Nürburgring in a time of 7:29.81—or faster than a C8 Chevrolet Corvette Stingray (7:29.90).

The record for production four-doors at the 'Ring remains the blistering 7:18.36 set by the Jaguar XE SV Project 8 in 2019.

Porsche used a production-spec prototype for its latest 'Ring run, with test driver Lars Kern behind the wheel. The car was fitted with a racing seat and a roll cage for safety, as well as street-legal Michelin Pilot Sport Cup 2 tires developed exclusively for this model. Porsche said the tires will be made available to customers.

Porsche hasn't said what variant of the updated Panamera was used. A likely bet is the new Panamera Turbo S with 621 horsepower on tap. There's also the possibility of the Panamera Turbo S E-Hybrid which has 680 horses.

The updated Panamera will debut in late August as a 2021 model. Porsche has made some minor tweaks to the styling of the car, as well as chassis improvements and the introduction of new variants. One is the aforementioned Turbo S. There will also be a new 4S E-Hybrid that will replace the current Turbo. The updates will also carry over to the Panamera's Sport Turismo wagon body style.