General Motors set an official lap time for the 2020 Chevrolet Corvette Stingray at the Nürburgring in the final days of the car's development last July, and now we finally know what it is.

A time of 7:29.9 was set using a Corvette Stingray with the available Z51 Performance Package, and with Oliver Gavin, a member of the Corvette Racing team, behind the wheel.

Roadshow noticed the time appearing as graffiti on the Nürburgring's track surface in a trailer for a two-part documentary on the C8 Corvette that's set to air shortly on Chevrolet's website. Gavin also hinted at the time in a Twitter post that includes the trailer.

I had a great time behind the wheel of the Corvette Stingray last summer in Germany. Take a close look at the Corvette Documentary Trailer to see how we did, they even let me set a laptime! @Corvette @TeamChevy pic.twitter.com/XtM6Vu3j92

Kevin Kelly, PR manager for the Corvette line, has since confirmed the time as official.

The time is close to the 7:29.6 that Chevy set with the Camaro ZL1 back in 2016, though the Camaro packs 650 horsepower versus the Corvette's 495 hp. Other cars with similar times include the Mclaren 12C and Lamborghini Huracan LP 610-4, both at 7:28. Considering the cars with similar times all have significantly more power than the Corvette Stingray, it's clear Chevy's mid-engine marvel is punching above its weight. This bodes well for future variants that will pack more power, like the upcoming Corvette Z06. 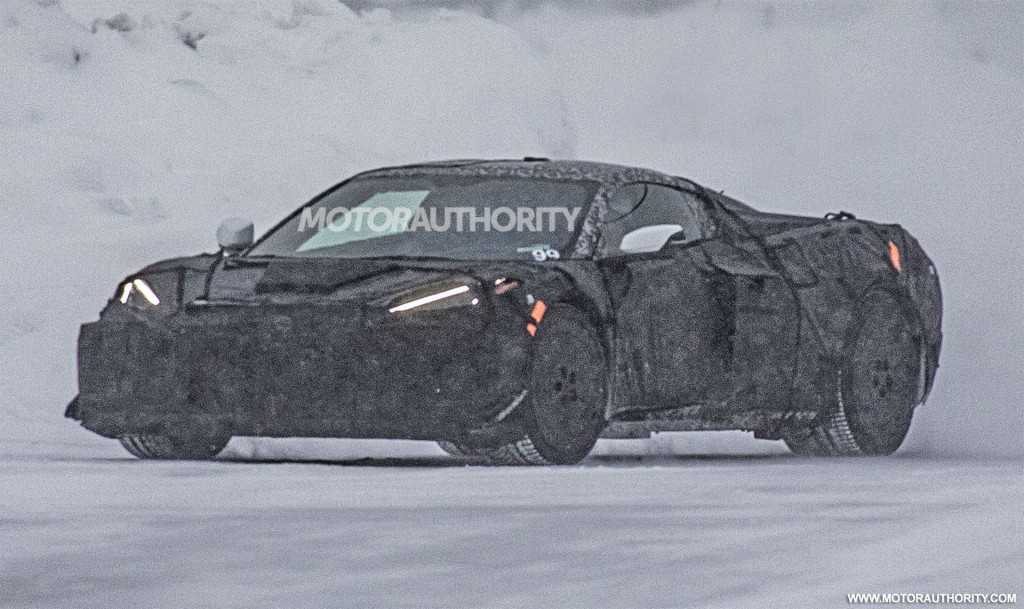 The fastest time set by a Corvette is the 7:04 set by the 750-hp 2019 Corvette ZR1, based on the C7 generation, though Chevy's engineers were disappointed with the time as it was set on cold tires. The current record for a production car is held by the all-wheel-drive Lamborghini Aventador SVJ, with a time of 6:44.97.

The news of the Corvette Stingray's 'Ring time comes just as production gets underway. The first customer examples rolled off the line at the Corvette's plant in Bowling Green, Kentucky, on Monday. If you're after the very first example though, you're too late. It was sold to car collector and NASCAR race team owner Rick Hendrick at a charity auction back in January. His winning bid was a staggering $3 million.