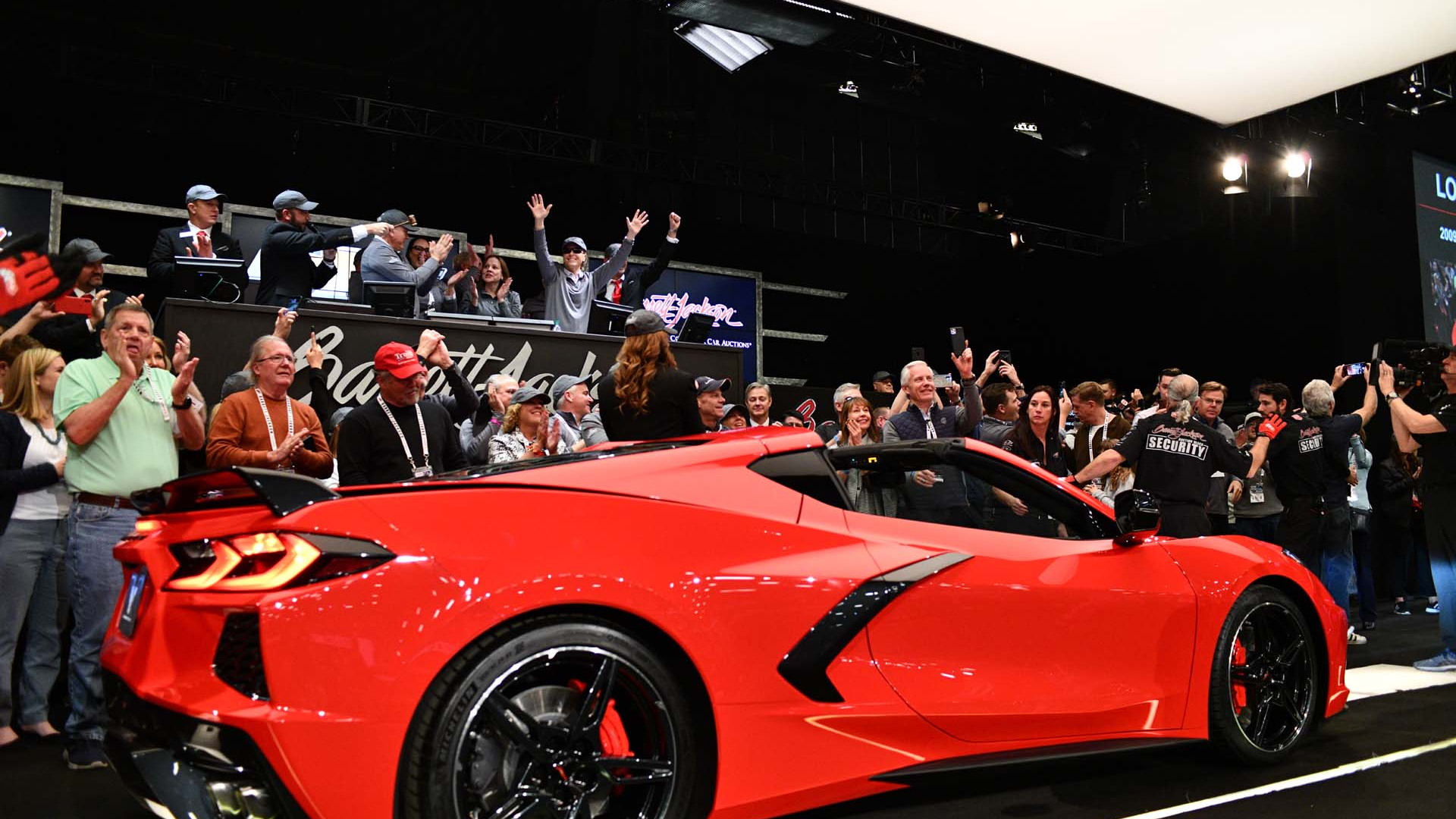 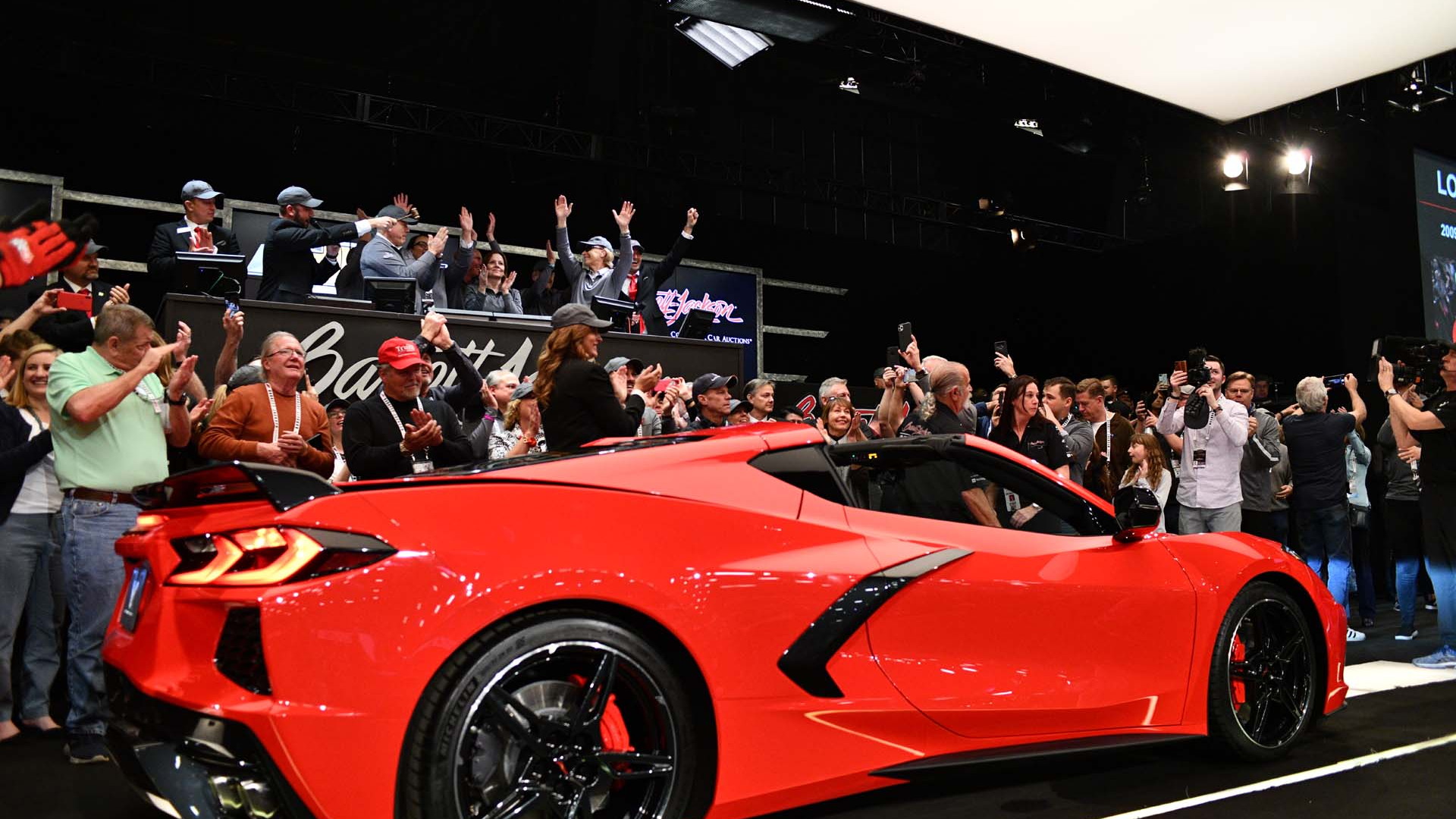 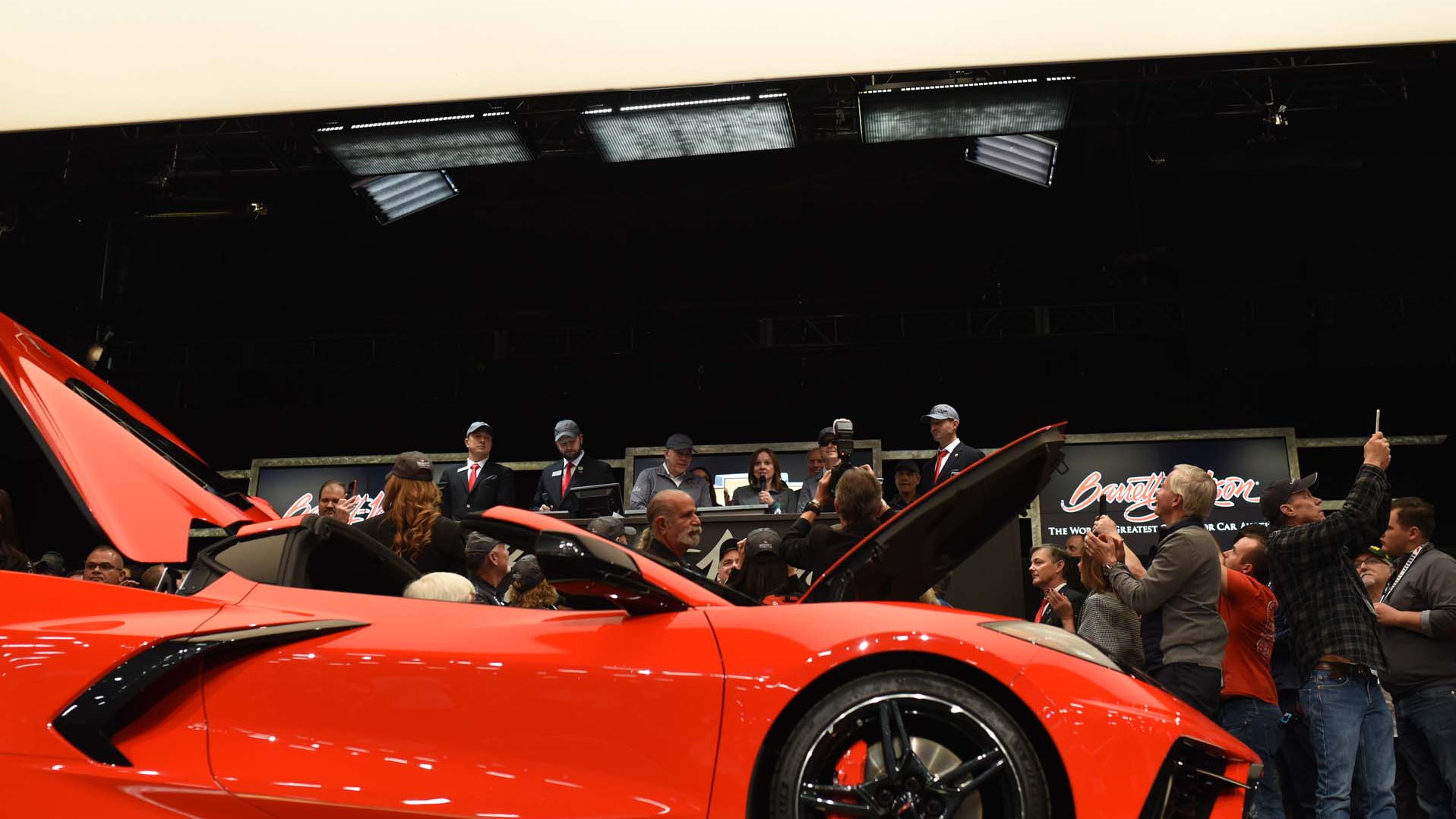 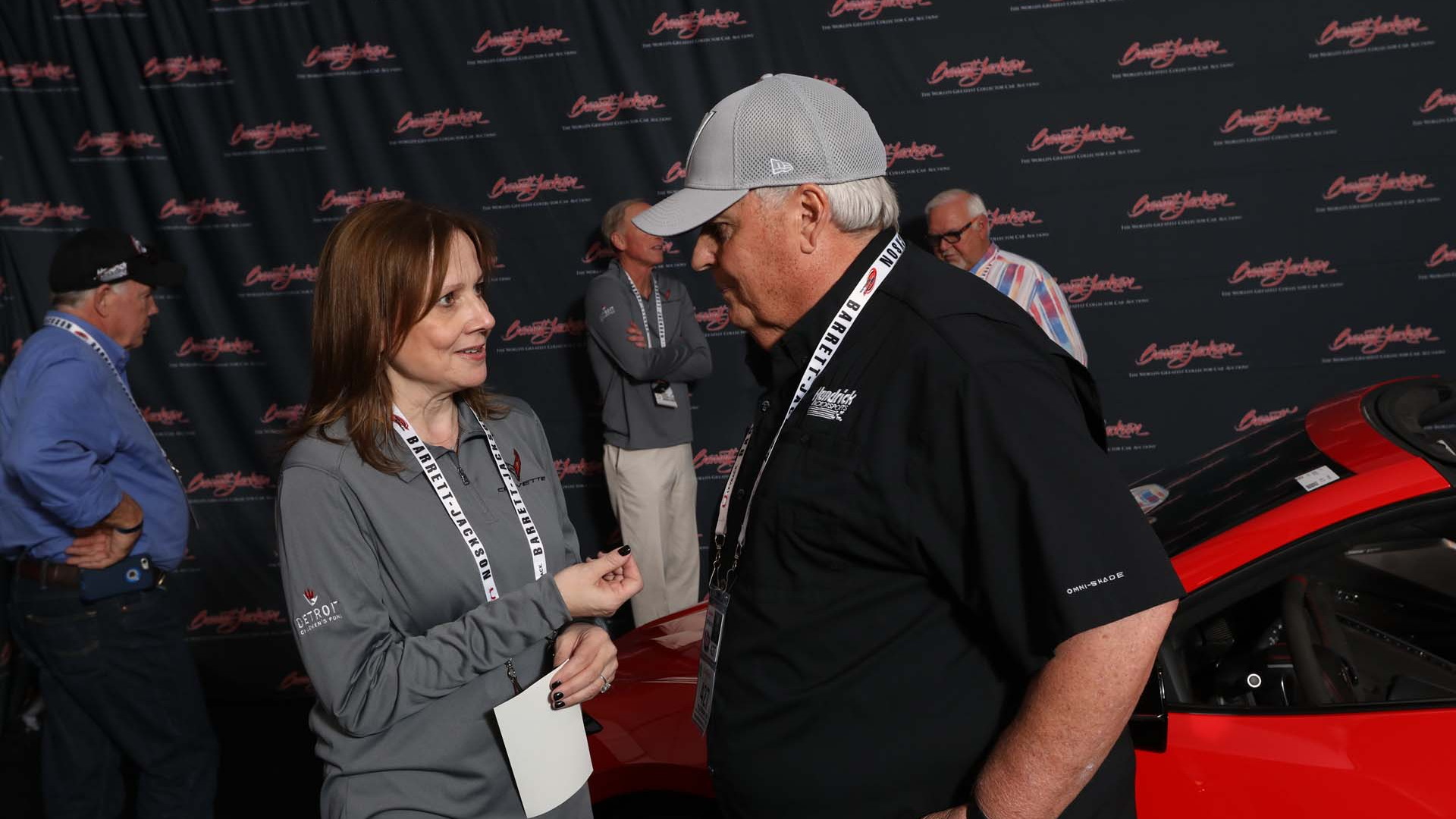 The first mid-engine 2020 Chevrolet Corvette C8 has been sold but not at a dealership. It was auctioned off for a good cause.

The first production C8 Corvette hasn't been built yet, but on Saturday, General Motors CEO Mary Barra rolled onto the Barrett-Jackson auction block in Scottsdale, Arizona, in a red pre-production 2020 Chevrolet Corvette C8 and watched as the forthcoming first production version of the mid-engine Corvette was auctioned off.

"I am the number one Corvette junkie in the world," said Hendrick.

The red car that rolled across the stage in Arizona was not the car that was sold. The first production mid-engine Corvette, VIN 001, will be built soon. Hendrick will take delivery of a black-on-black 3LT trim Corvette with the Z51 performance package.

The proceeds of the auction will go to the Detroit Children's Fund, which plans to use the money to fund school interventions to help set up kids for academic success. The funds will also be used to recruit, develop, and retain teaching talent and school leadership.

Hendrick is no stranger to the automotive collector scene. The man owns the first production Chevrolet Volt, the last C7 Corvette (also black on black, talk about a future auction pairing), and the first 2017 Acura NSX.

Chevrolet said production of the mid-engine 2020 Chevrolet Corvette will begin in February with customer deliveries taking place near the end of the month.