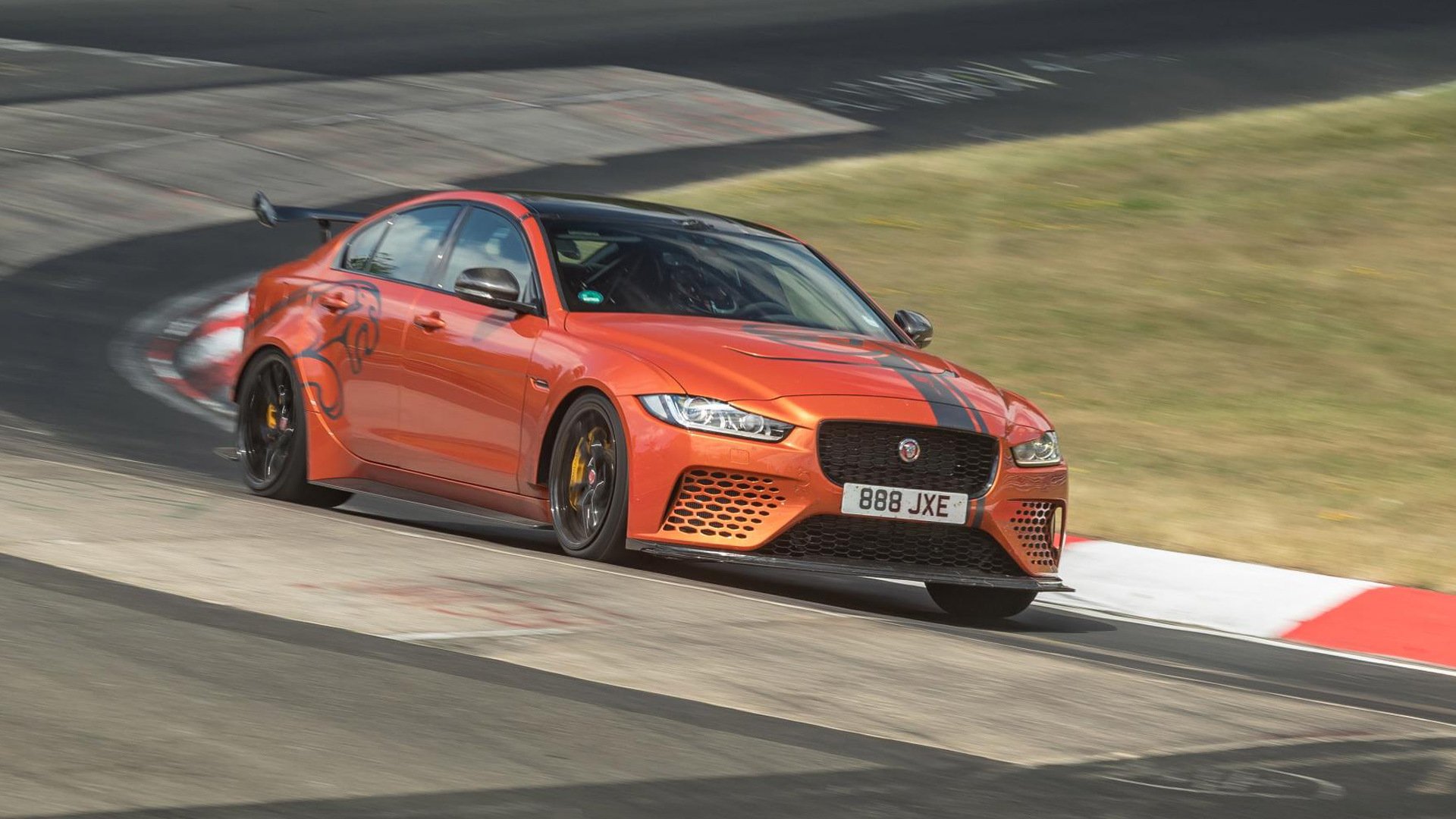 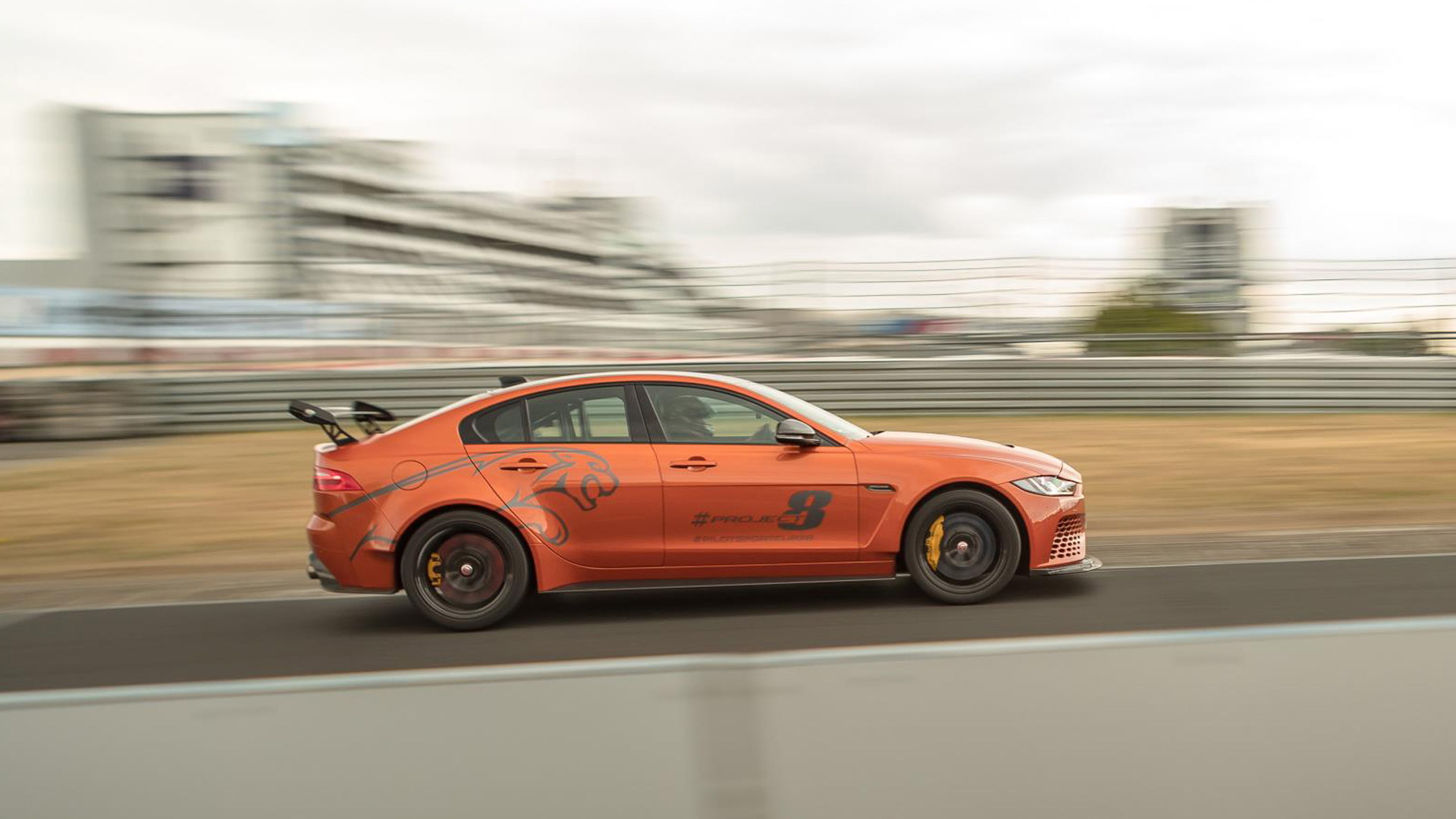 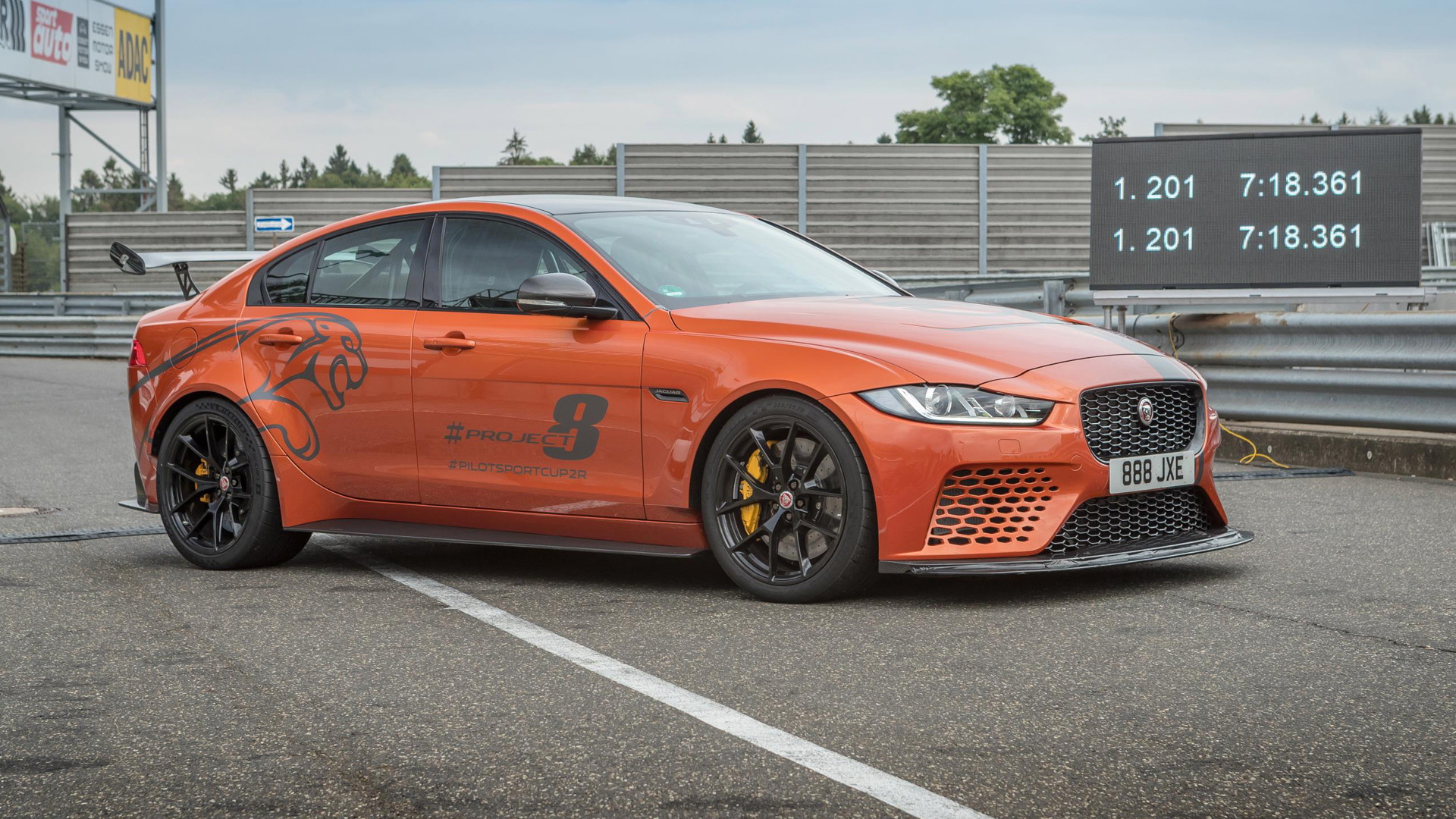 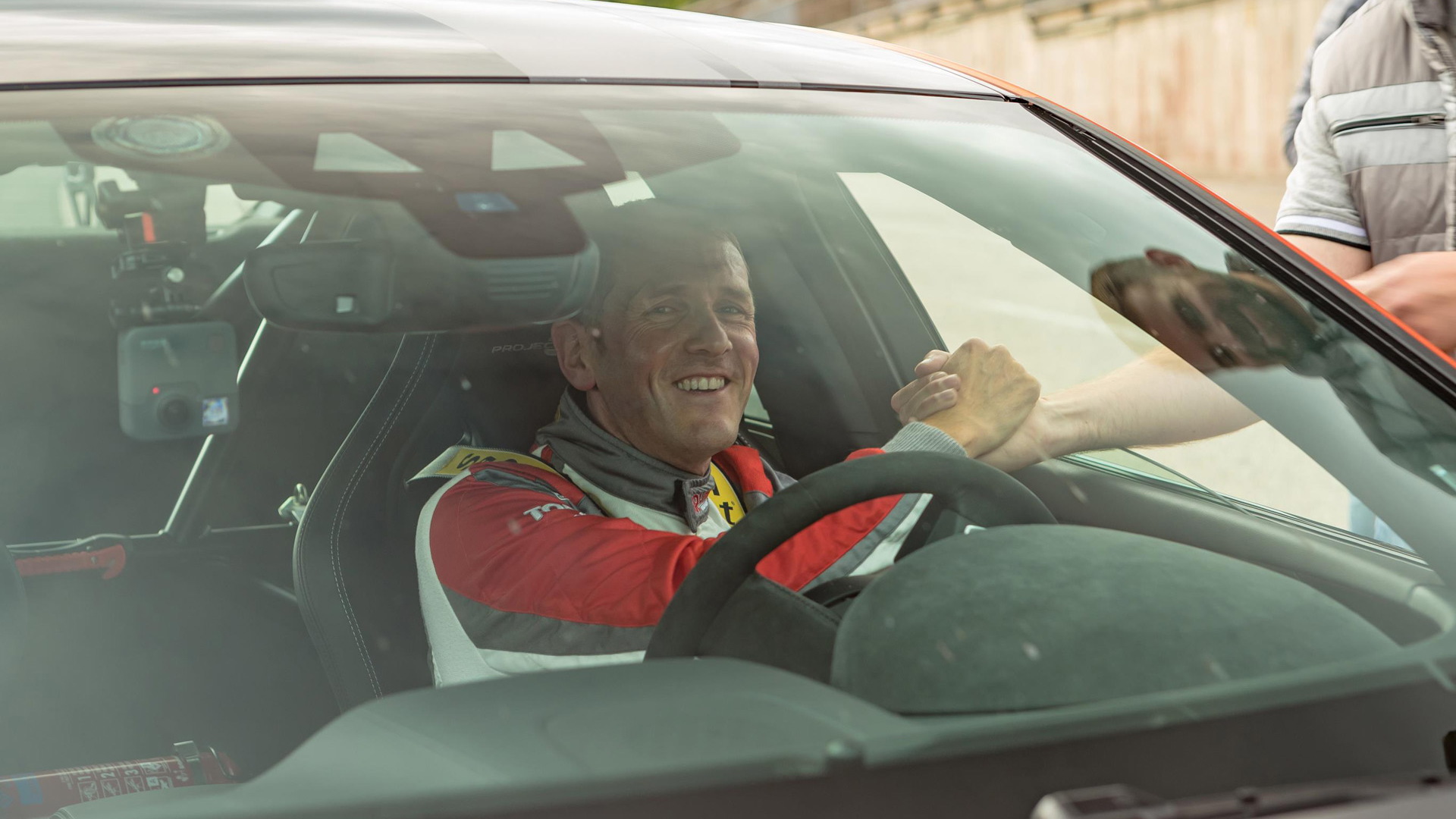 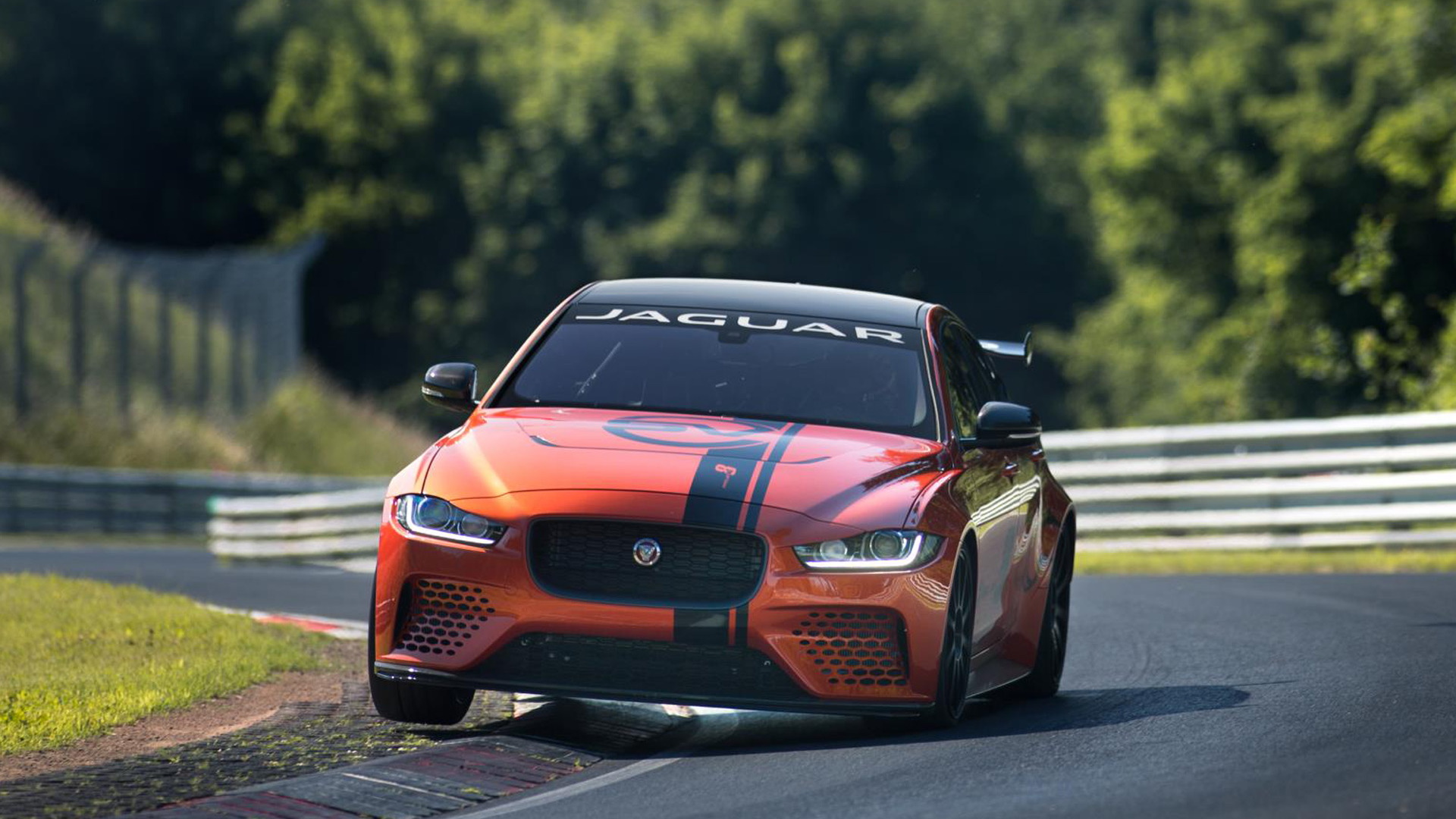 Jaguar in 2017 came out with a version of its XE with 592 horsepower and starting price of $188,495. Sure that's steep for a small sport sedan, even one with 592 horses under the hood, but the car, designated an XE SV Project 8, is the fastest four-door production car around the Nürburgring—by a significant margin.

For the new time, Jaguar fitted the XE SV Project 8 with the latest version of Michelin's Pilot Sport Cup 2 R tires, a street-legal tire that features rubber compounds directly transferred from Michelin’s racing tires. The car was also in its two-seat Track Pack configuration, which was never offered in the United States.

The powertrain is a 5.0-liter supercharged V-8 with 592 hp, as well as 516 pound-feet of torque. Drive is to all four wheels via a beefed-up 8-speed automatic transmission and all-wheel-drive system. Jaguar quotes a 0-60 mph time of 3.4 seconds and a top speed of 200 mph.

Other performance upgrades include adjustable ride height, adjustable camber, an adjustable front splitter and rear wing, a flat underbody, a differential oil cooler, carbon-ceramic brakes, 20-inch wheels, and ceramic wheel bearings similar to those used in motorsports. The car also features numerous carbon fiber body panels. In fact, only the roof and door skins are shared with the standard XE.

Only 300 examples are being built for worldwide sale and Jaguar has confirmed that a few build slots remain. In other words, if you were looking to park the fastest sedan on the planet in your garage, now's your chance. Production of the final car is scheduled for the end of the year.