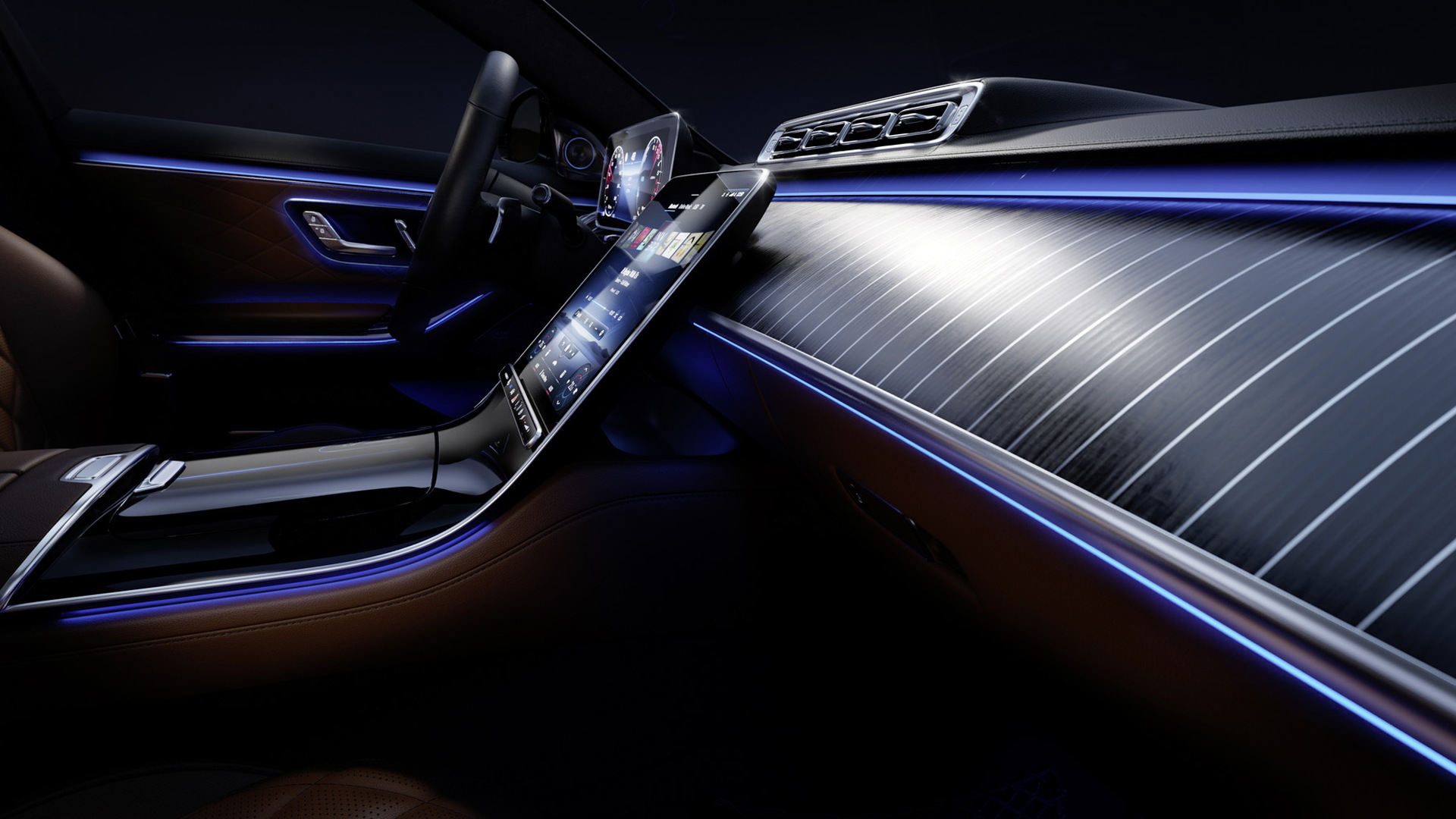 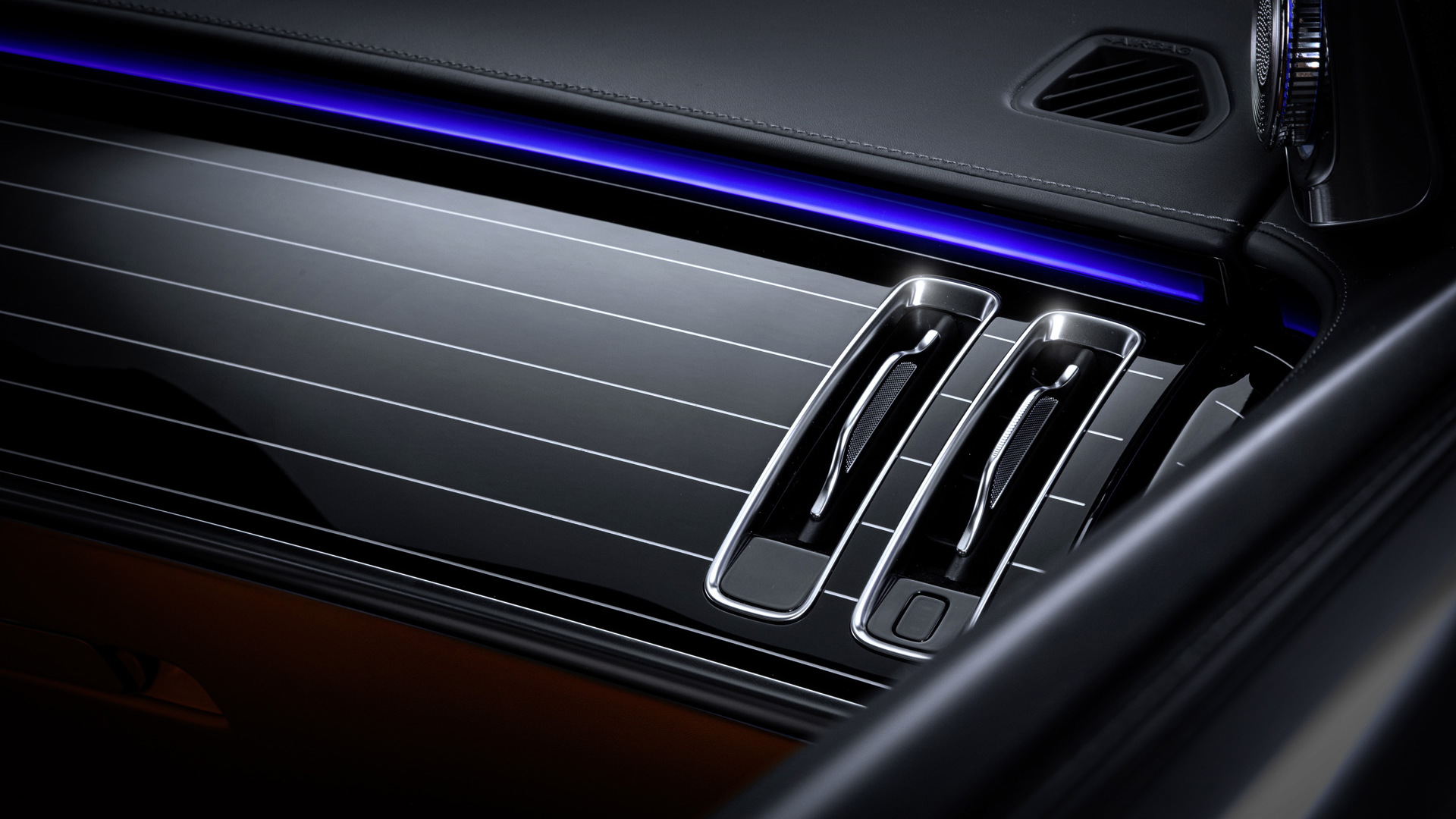 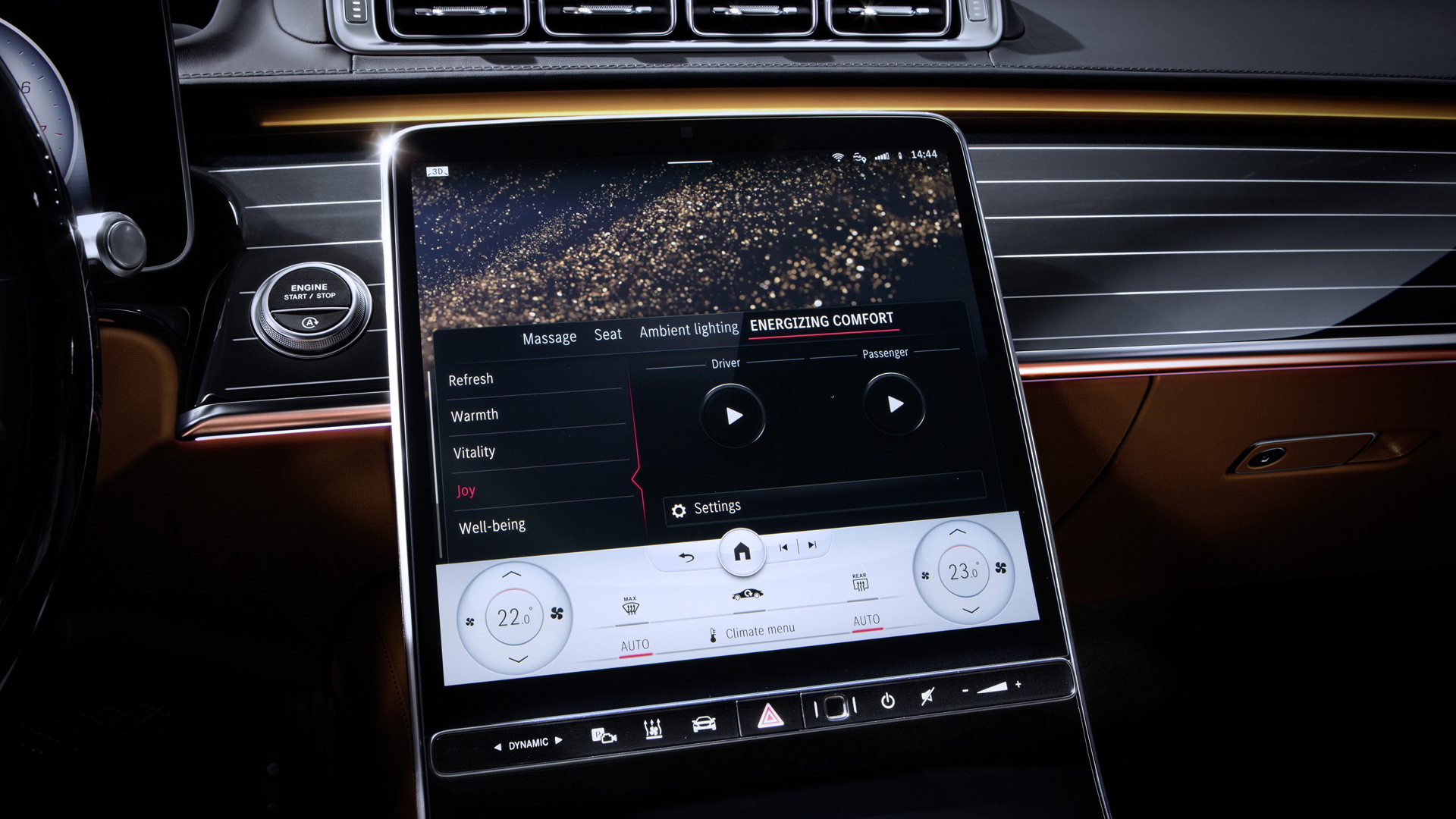 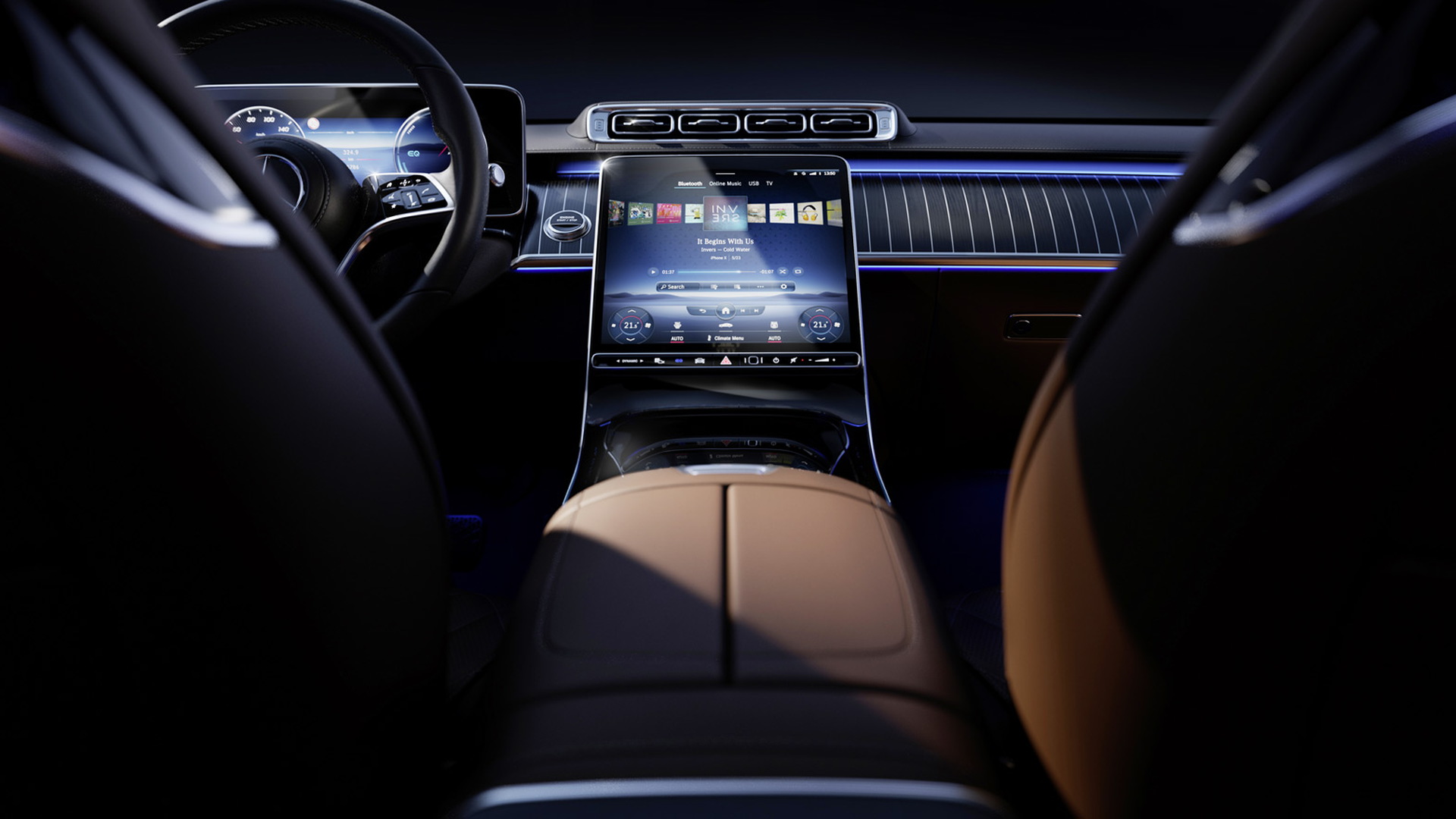 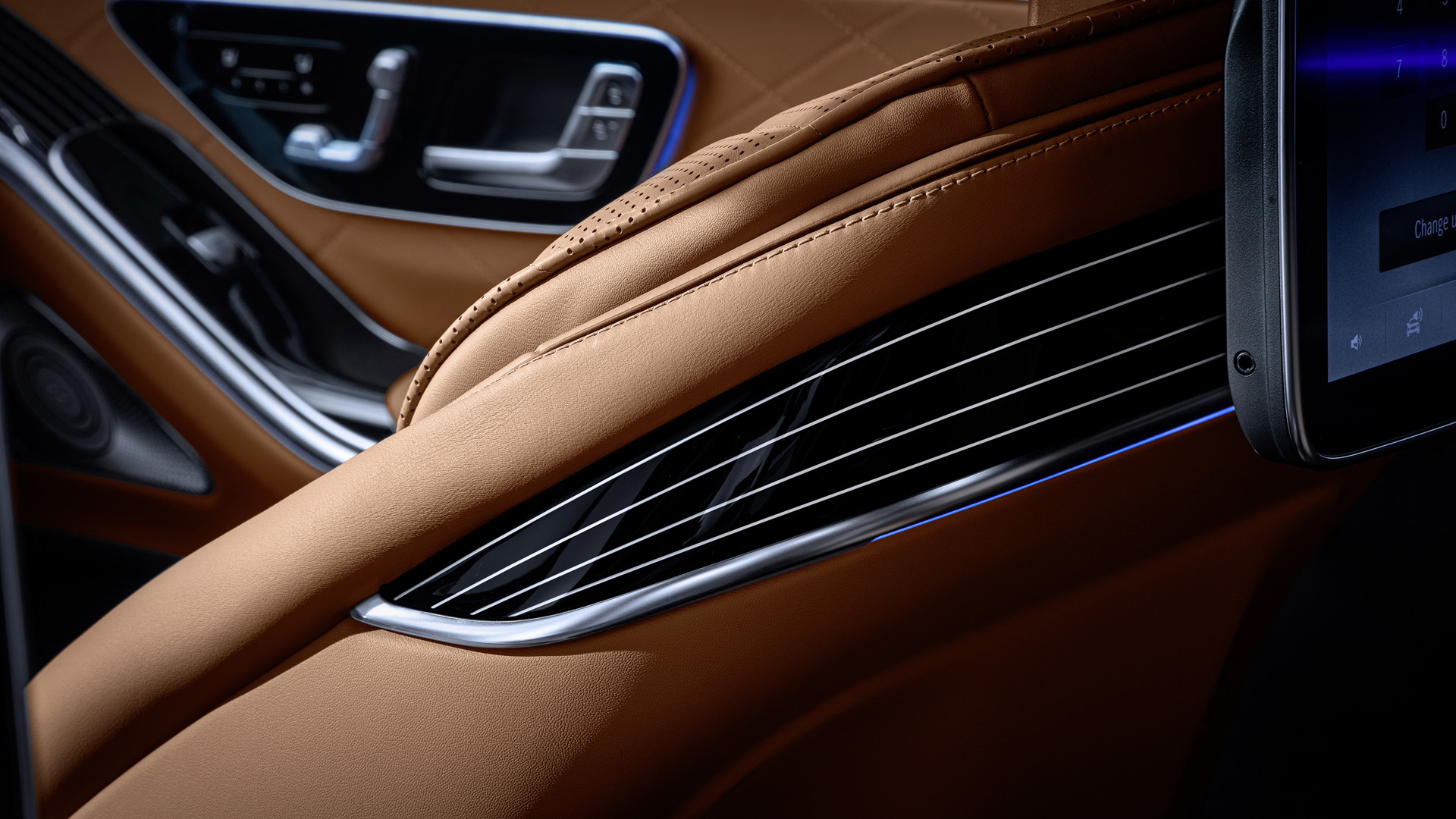 Mercedes-Benz is almost ready to reveal to the world its redesigned S-Class. The new flagship sedan debuts September 2 and should reach showrooms sometime next year with a starting price close to $95,000.

While the exterior design and powertrains won't change much—Mercedes is saving a battery-electric powertrain for a standalone model dubbed the EQS—the interior will mark a major step in technology and refinement over the current generation.

Mercedes already revealed the new interface of the S-Class in July, which includes a 12.3-inch screen for the digital instrument cluster, a 12.8-inch screen with portrait mounting for the infotainment, and a head-up display with augmented reality elements for navigation and other helpful information.

Now the automaker has revealed the rest of the cabin, whose sweeping surfaces and mix of wood and aluminum were clearly influenced by luxury yacht design. Those large surfaces with pinstripes? That consists of an open-pore wood veneer with embedded, form-following inlays made from aluminum.

There's also an ambient lighting system. Though this is hardly new, the system in the S-Class has been integrated with the electronic driver-assist features so that it can reinforce alerts visually. For example, when the blind spot warning is activated, the lighting system will give off a red glow.

The lighting system is also integrated with what Mercedes calls Energizing Comfort Control. As the name suggests, this feature is designed to re-energize or calm occupants. It does so via the use of lighting, aural stimulation, and massaging seats. An air filtering system also keeps the air fresh with an ionizer and fragrance dispenser.

Of course, there's also top-quality leather, and for the audiophiles a Burmester sound system included in the new S-Class. Note, not all features mentioned will be included as standard.

Ride comfort should also be a step up over the previous S-Class thanks to some mechanical improvements Mercedes has made. One of these is an improved version of Mercedes' Active Body Control suspension damping system. The latest version uses information from 20 sensors, as well as a camera scanning the road ahead, and then adjusts the damping at each wheel to counter body roll, pitch and lift.