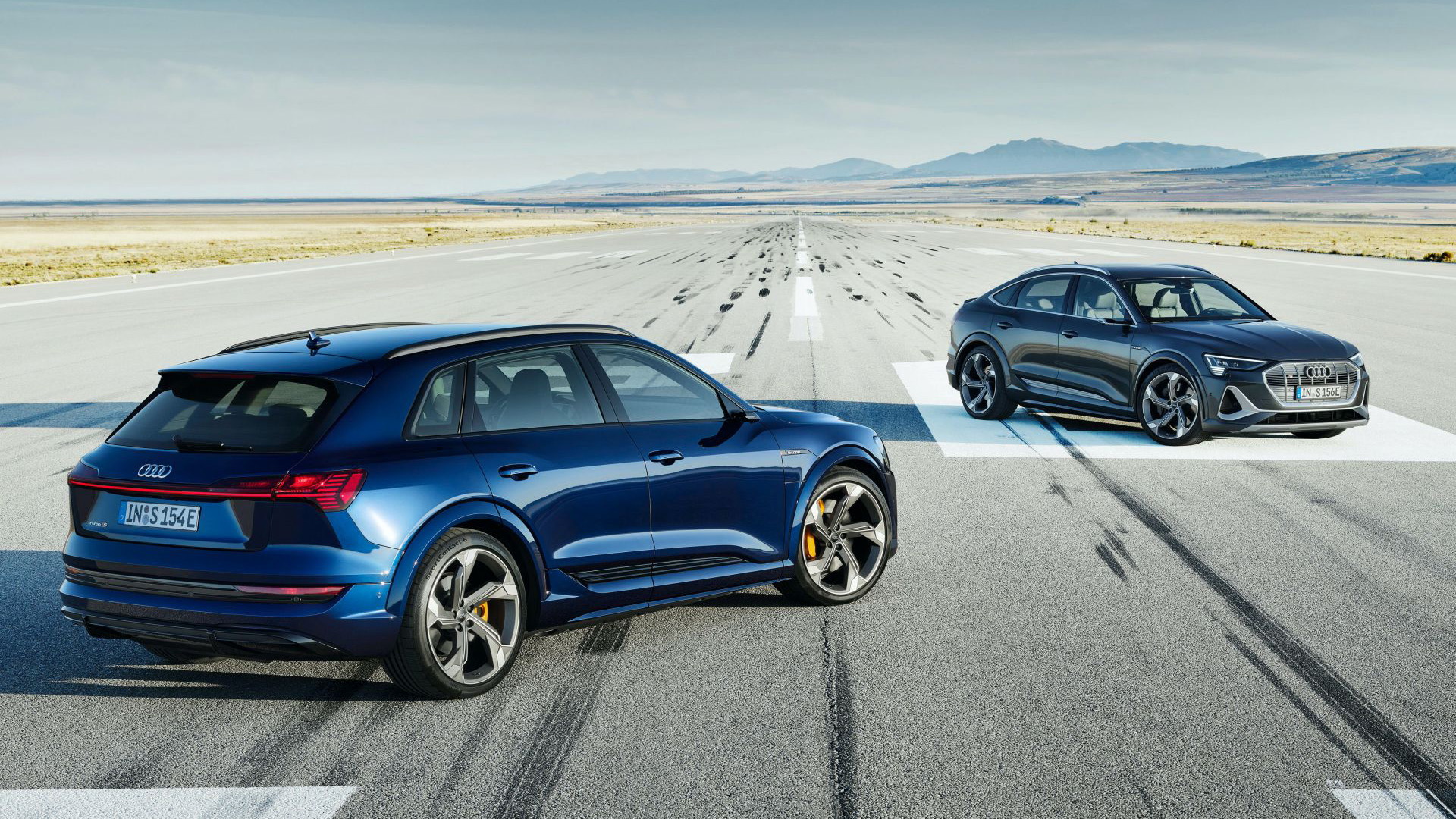 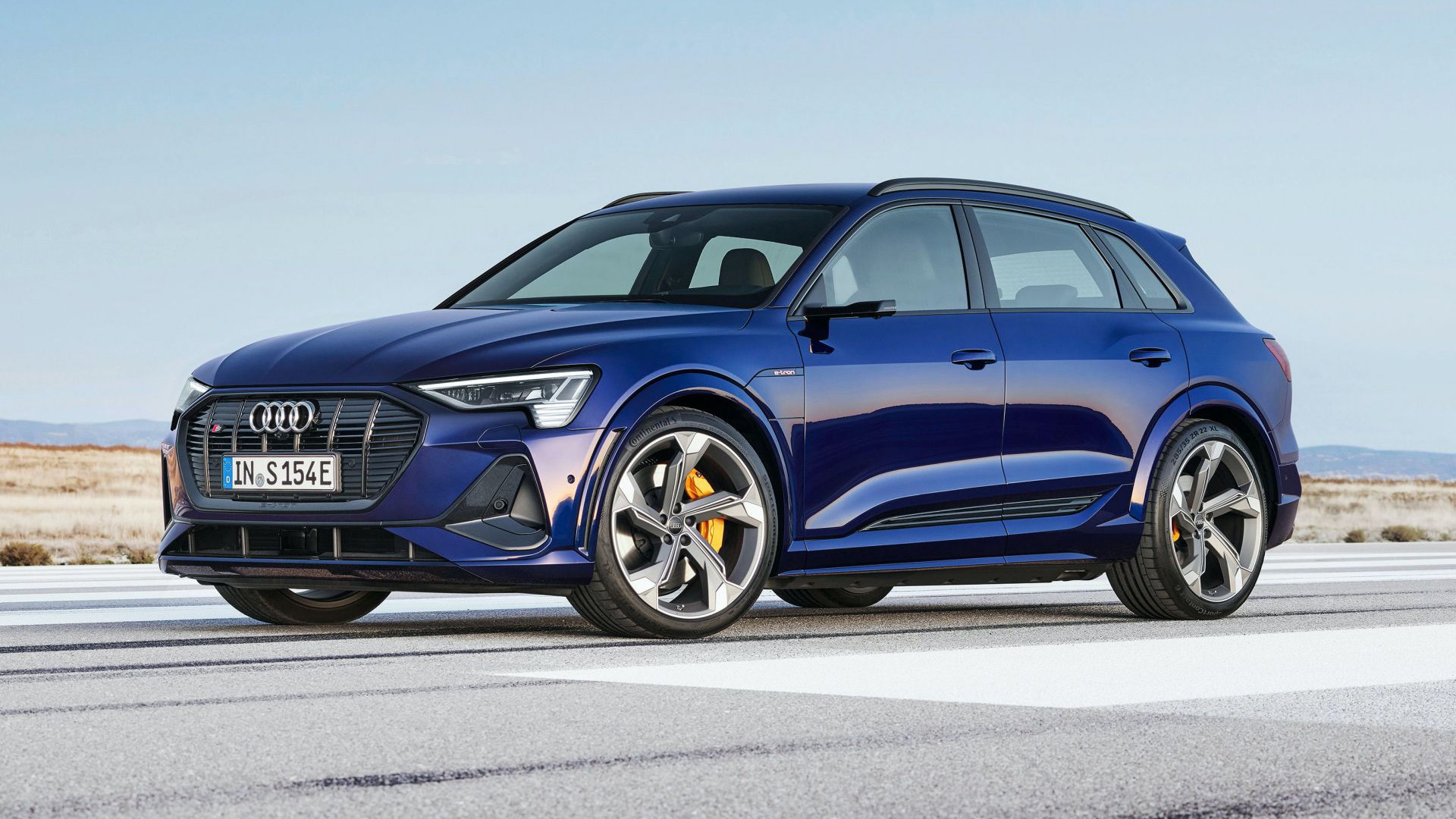 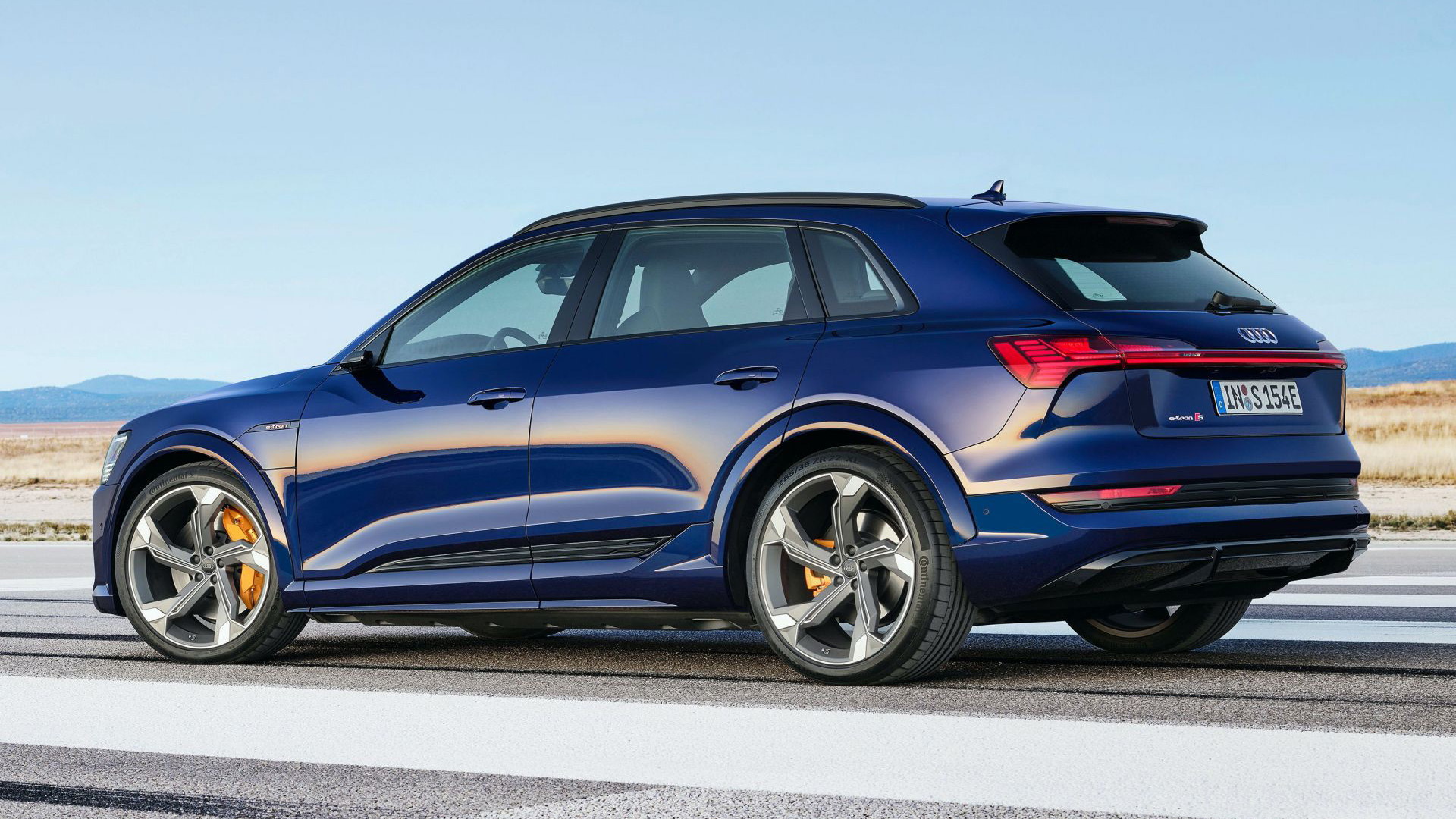 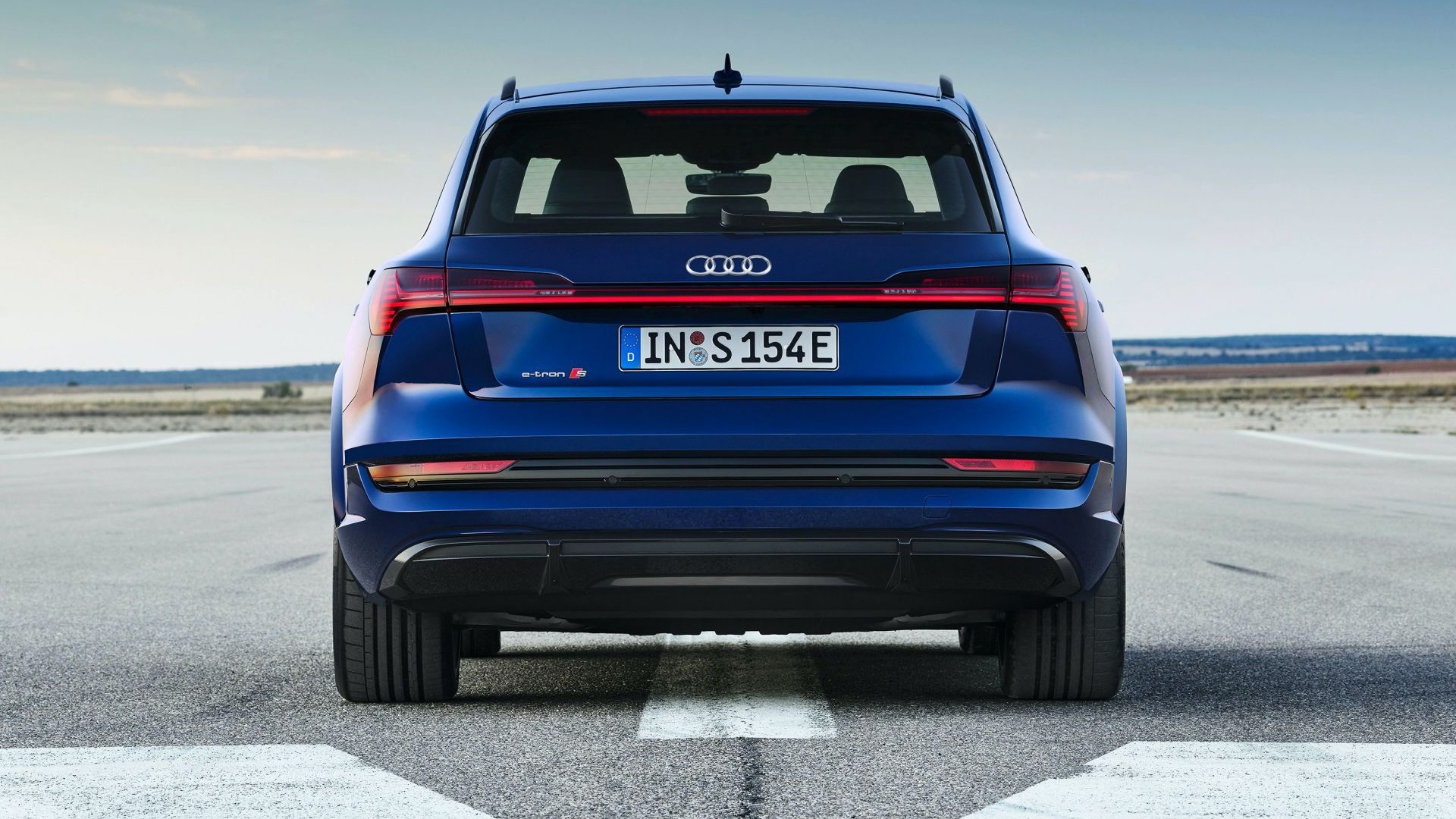 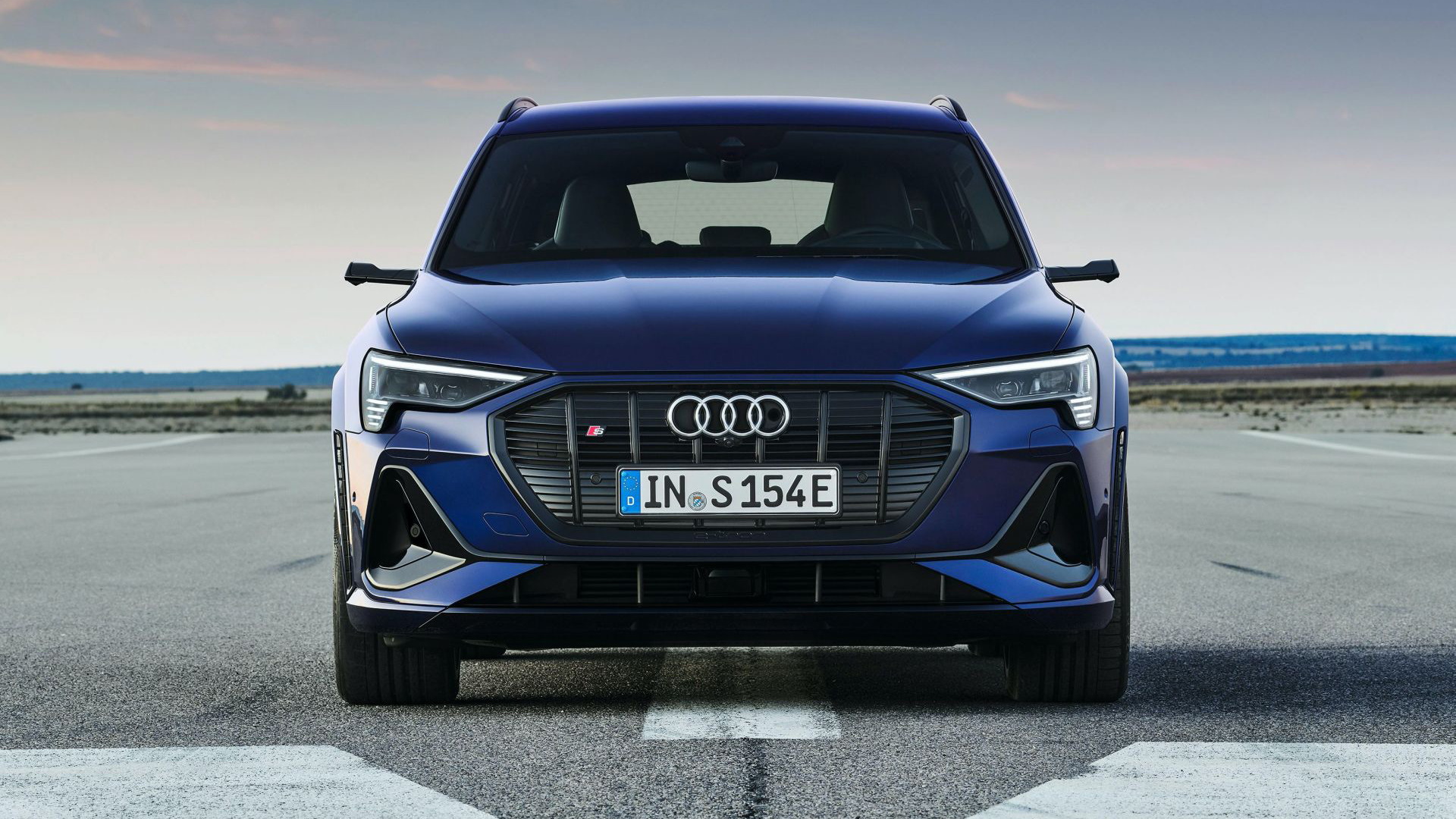 Audi's first volume EV went on sale last year in the form of the 2019 E-Tron SUV, which is already winning plenty of accolades.

But a faster, performance-oriented version called the E-Tron S is coming, which Audi unveiled on Wednesday. An E-Tron S Sportback is also coming, a prototype for which we tested in February.

The E-Tron S and E-Tron S Sportback are the first EVs from a major automaker with a three-motor powertrain—Tesla included. In the Audis, there's a single motor up front and two independent motors in the rear. By having two independent motors at the rear, the system is able to precisely vary torque between the rear wheels. At the front, standard brake-based torque vectoring is relied upon. 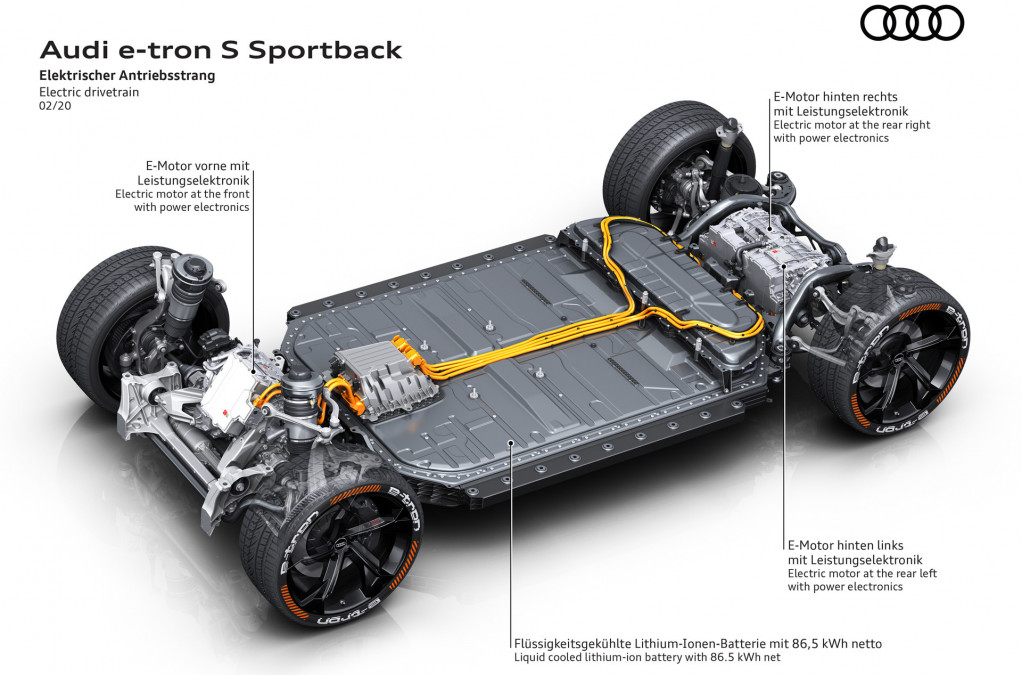 The three motors deliver a combined output of 496 horsepower and 718 pound-feet of torque, though this peak output is only delivered in temporary bursts lasting eight seconds. According to Audi, it will see the E-Tron S and E-Tron S Sportback deliver 0-60 mph acceleration in under 4.5 seconds. We think it will be way under 4.5 seconds, though. Top speed on the vehicles is capped at 130 mph.

The battery is the same 95-kilowatt-hour unit found in the regular E-Trons. The battery is rated by the EPA at 204 miles in the standard E-Tron and 218 miles in the more aerodynamic E-Tron Sportback. Audi hasn't given EPA estimates for the new S models but says the vehicles operate in rear-wheel-drive mode as much as possible to boost efficiency, with the front motor kicking in when the driver needs more performance or slip is detected.

Beyond the powertrain, the S versions of the E-Tron and E-Tron Sportback benefit from performance tuning of the suspension and steering systems. The vehicles also come with 21-inch wheels (22-inch wheels are available) and uprated brakes. Like most EVs, all E-Tron variants can also recover energy when braking. Depending on the driving situation, the computer controling the braking system decides individually for each axle whether the car will decelerate with the electric motors, the conventional brakes, or both. 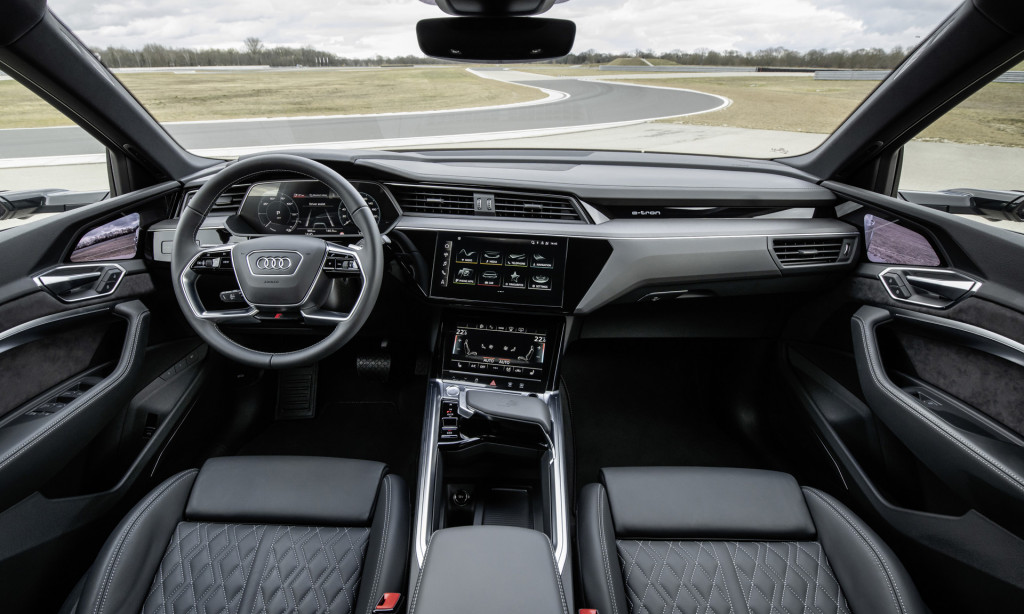 The S models are also wider than the regular E-Trons, by almost two inches. This has allowed the engineers to fit wider wheels and tires. Drag remains low however thanks to clever flow-optimized wheel arch extensions and flaps in the front brake ducts which remain closed as much as possible to streamline airflow.

Inside, there are a number of sporty touches including bolstered seats with nappa leather trim. Owners will also find a number of “S” logos around the cabin, along with the top version of Audi's infotainment system. A head-up display is available.

Availability of the E-Tron S and E-Tron S Sportback in the United States is yet to be announced but elsewhere the order books open up this summer.