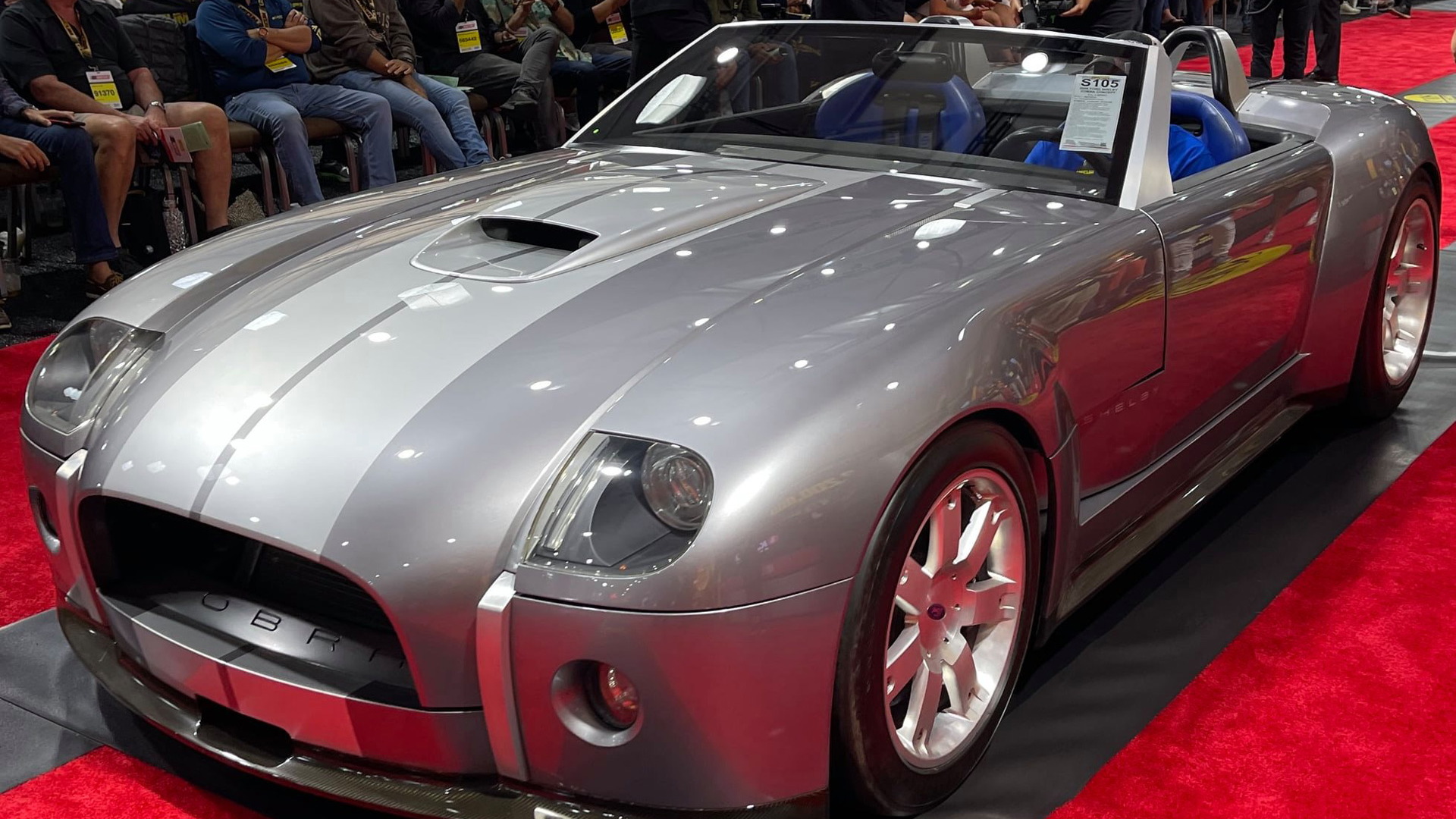 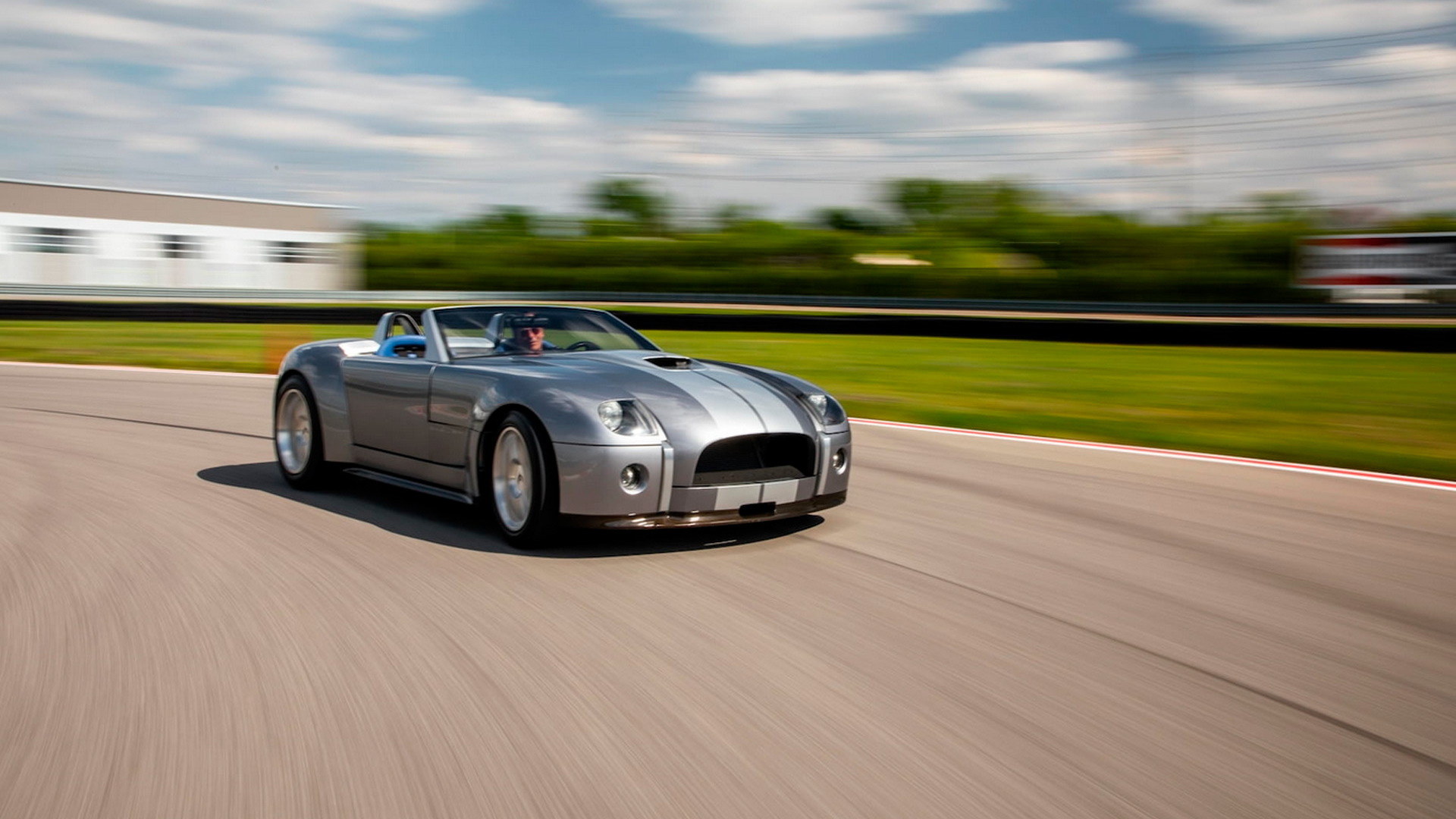 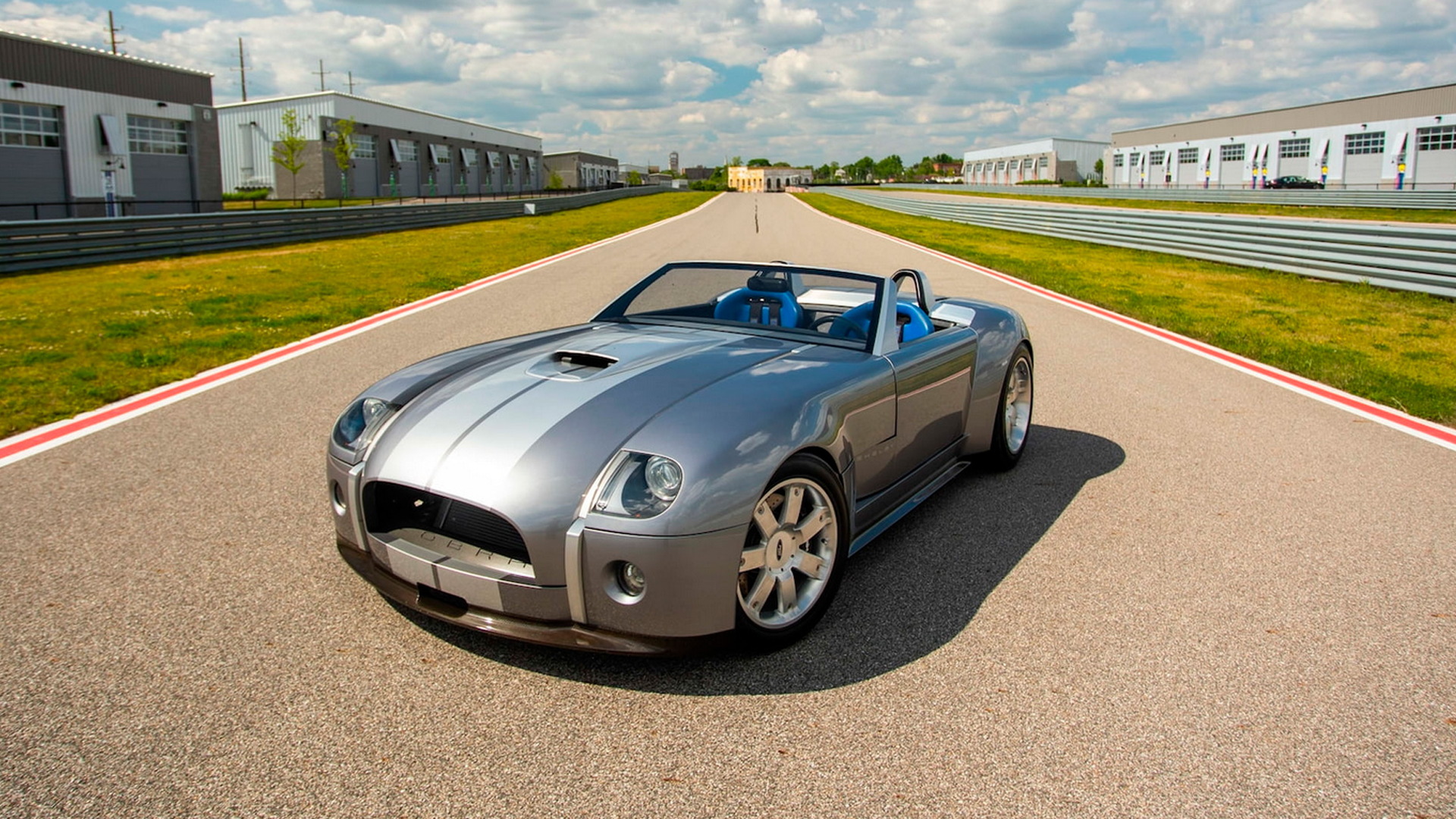 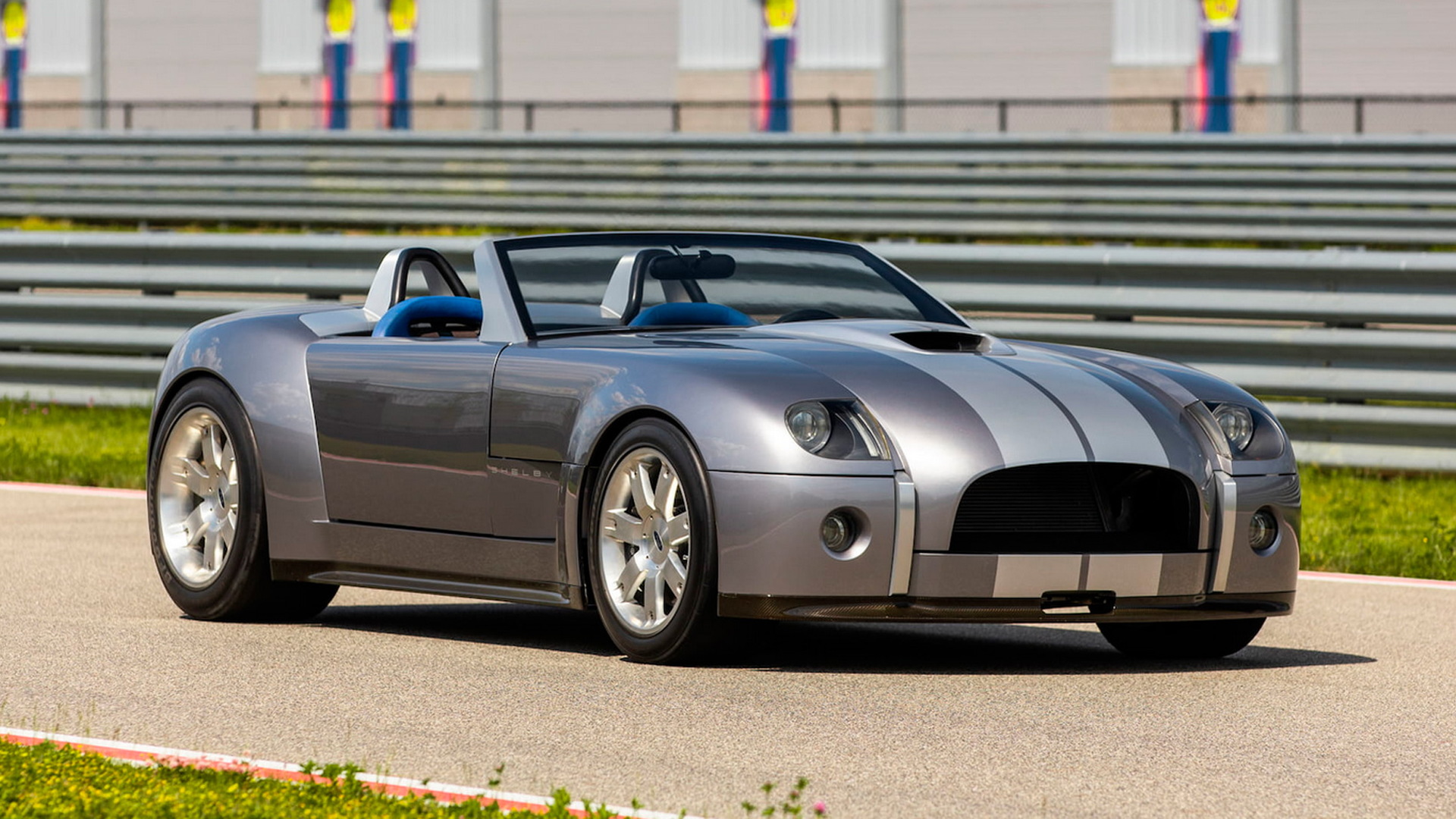 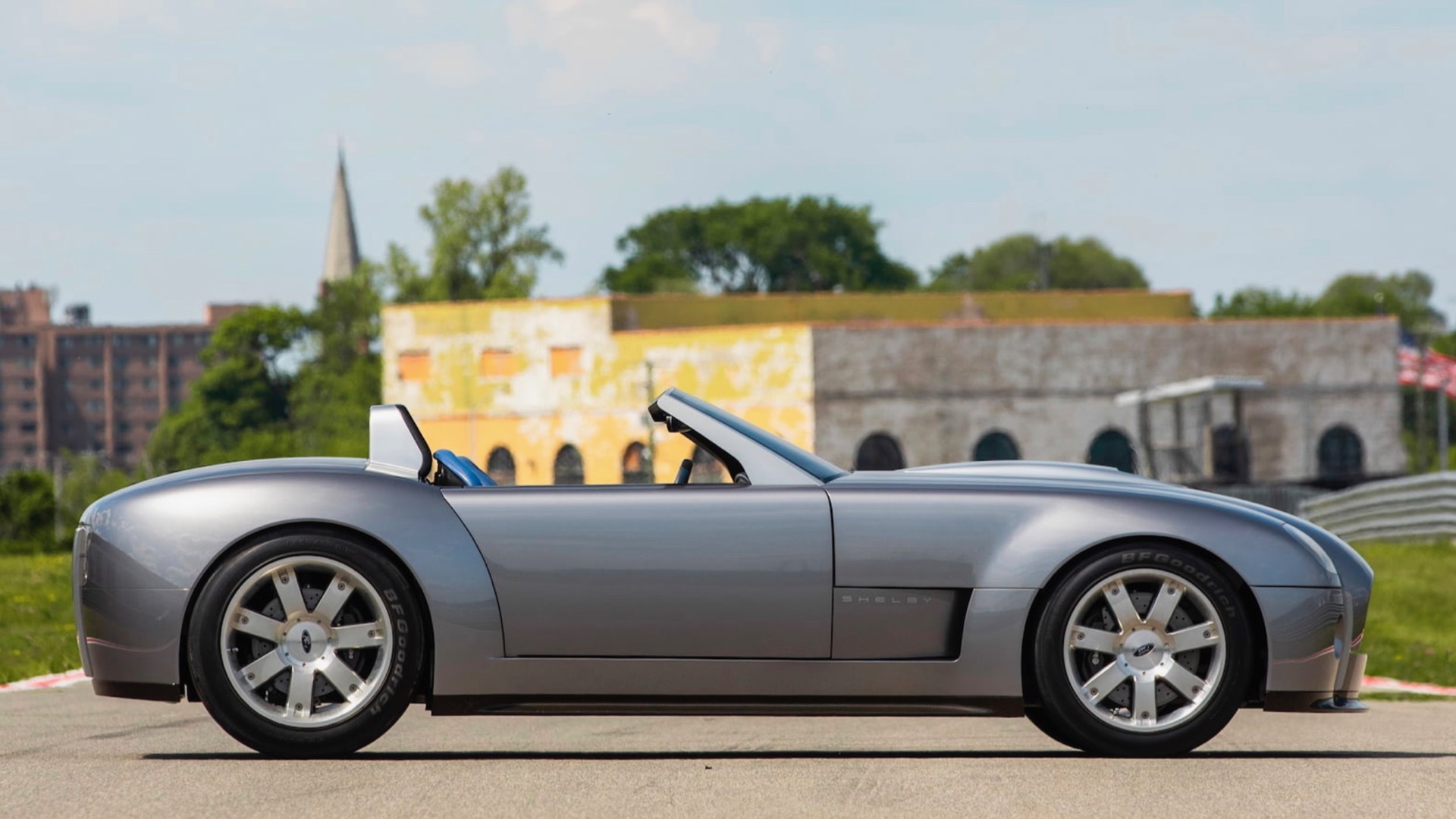 The one-off Ford Shelby Cobra concept developed by Carroll Shelby and Ford in the early 2000s has just been sold at auction for an incredible price.

The fully functioning vehicle was put under the hammer last week at Mecum's 2021 Monterey Car Week sale in California, with the final price coming in at $2.64 million ($2.4 million final bid plus buyer's commission).

That was well above the maximum estimate of $2 million. The final figure paid is all the more extreme when you consider that the seller, Chris Theodore, a former Ford vice president of product development, paid just $825,000 for the car in 2017.

Code-named "Daisy," the Shelby Cobra concept debuted at the 2004 North American International Auto Show in Detroit and was the fulfilment of Shelby's desire to build a modern version of the car that made him famous, the AC Ace-based Shelby Cobra, although one could argue he already achieved the goal with the Shelby Series 1 sports car launched in the 1990s.

The Shelby Cobra concept is a much more extreme car than the Series 1, as it wasn't developed for street use. It features a bespoke aluminum space-frame chassis and is powered by a 6.4-liter V-10 equipped with a DOHC design and dry-sump lubrication. The engine, one of just four built by Ford Advanced Powertrain, is rated at 605 hp. It's mounted here with a transaxle 6-speed manual transmission sourced from the second-generation Ford GT, which was undergoing development at the time.

Shelby, who was 81 at the time, was also involved in testing of the concept. One particular test was a two-day stint at California's Irwindale Speedway, where he racked up more than 150 miles in the car. Shelby's involvement with the Shelby Cobra concept was also symbolically important, as this marked the first time he'd worked with Ford since the glory days of the original Cobra in the 1960s.

Besides being a desire of Shelby, the concept was also a product of the retro craze that swept the auto industry in the 1990s and early 2000s. Ford had already launched a new Thunderbird with retro styling by the time the Cobra concept debuted. Ford subsequently launched versions of the GT and Mustang with styling inspired by their 1960s predecessors, Ford also built the Shelby GR1 concept in 2004 as a modern take on the Shelby Daytona Coupe race cars of the 1960s. Sadly, there was never a production model of either concept to go up against the Corvette and Viper.