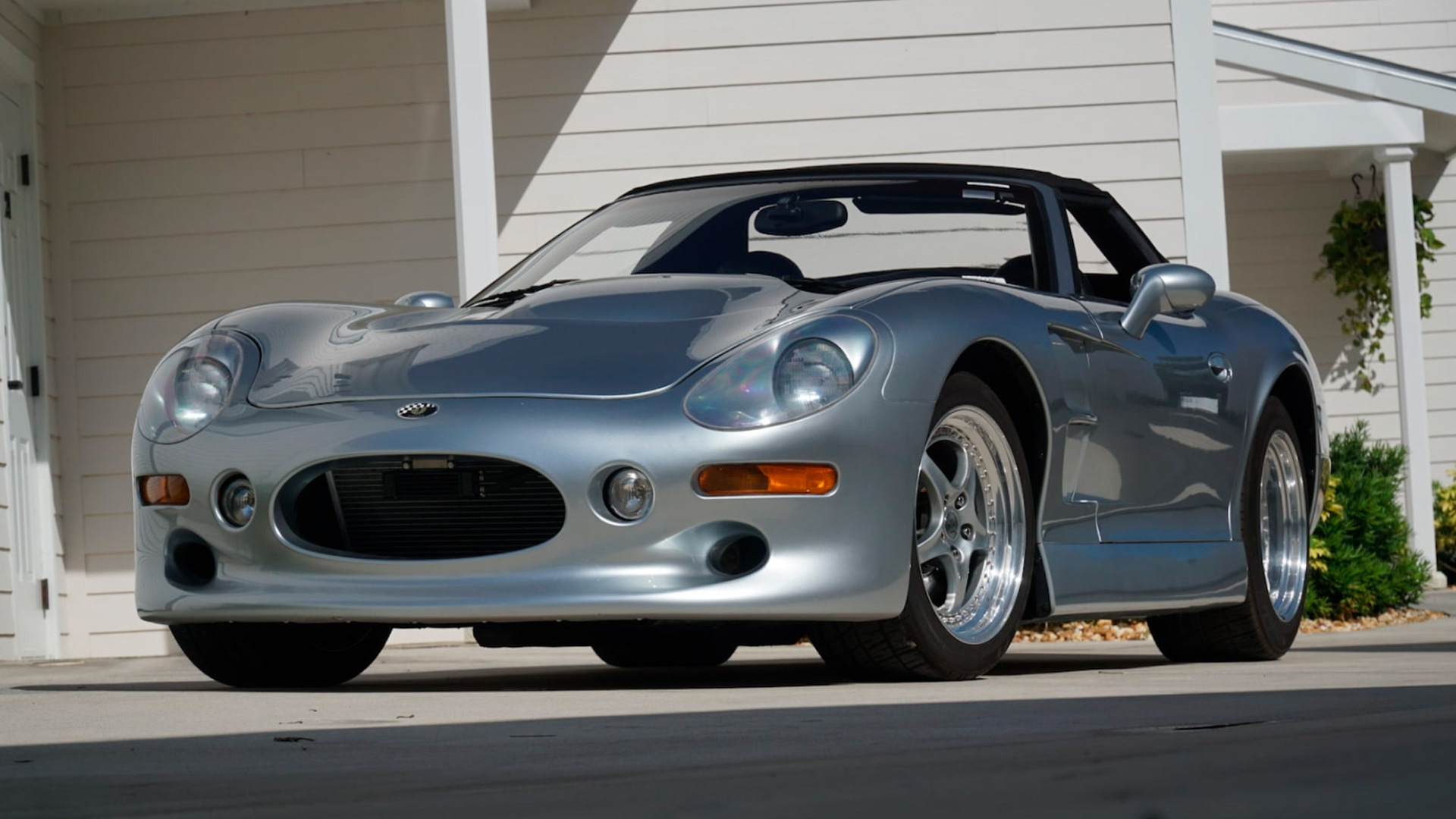 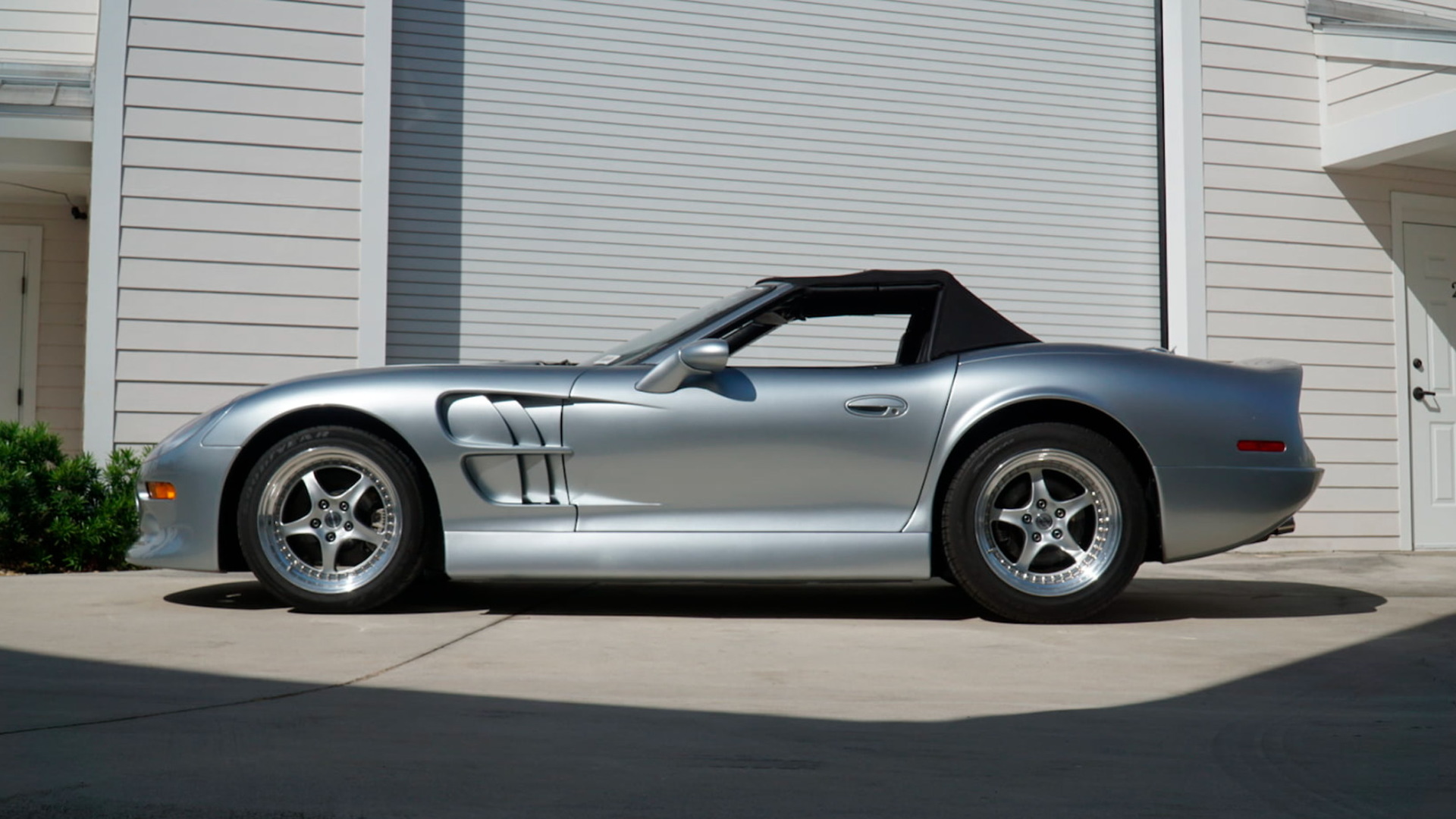 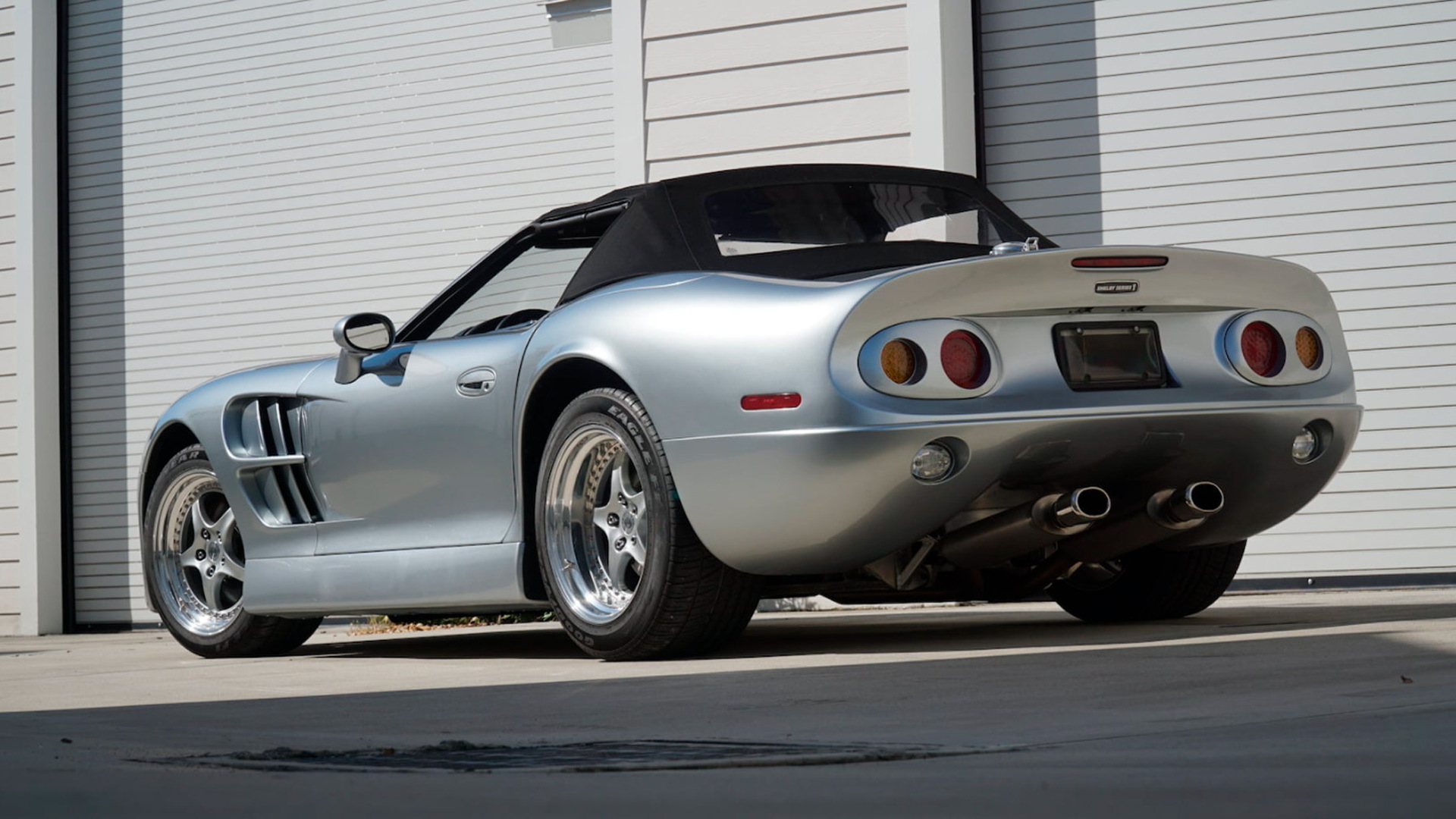 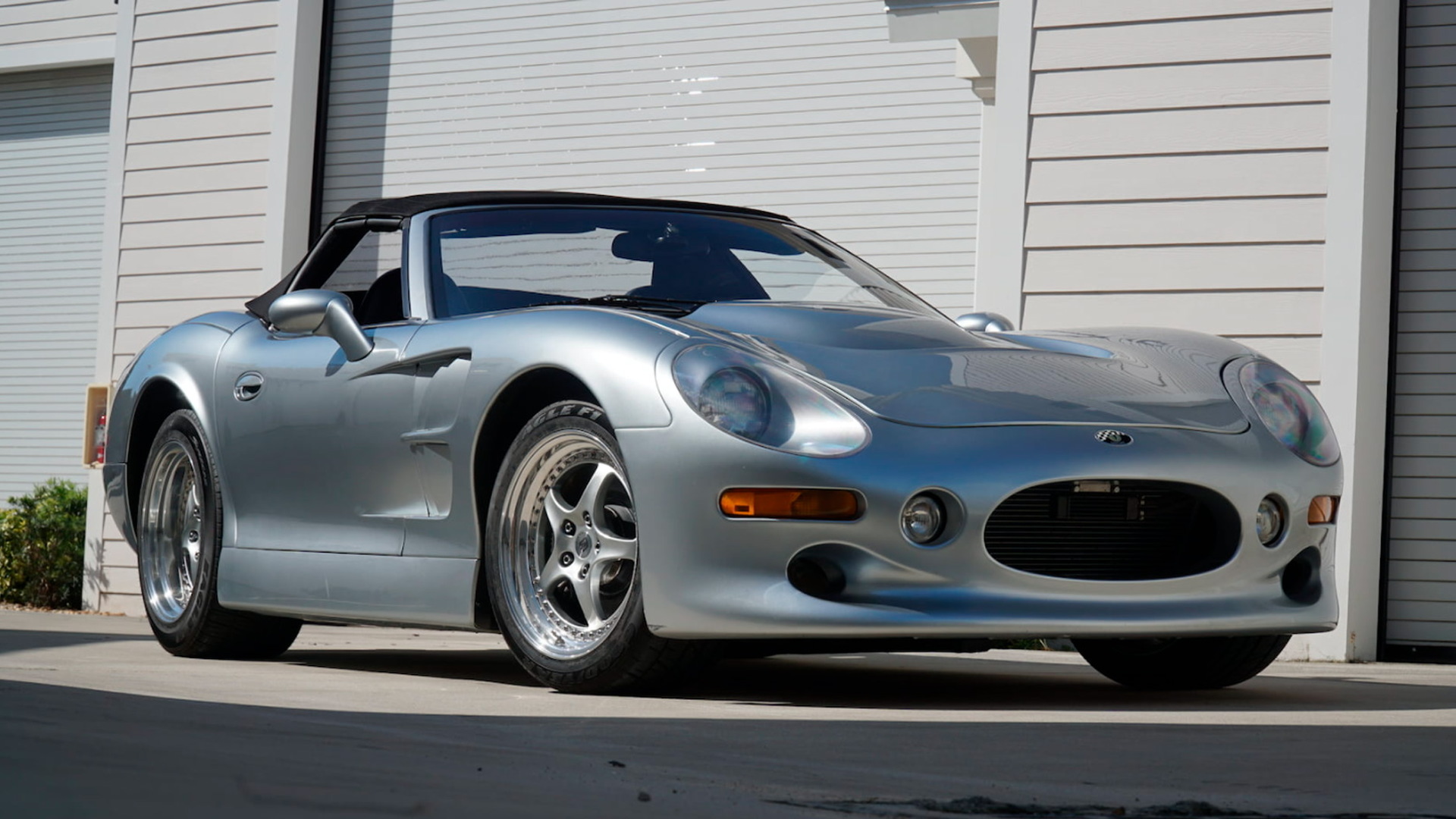 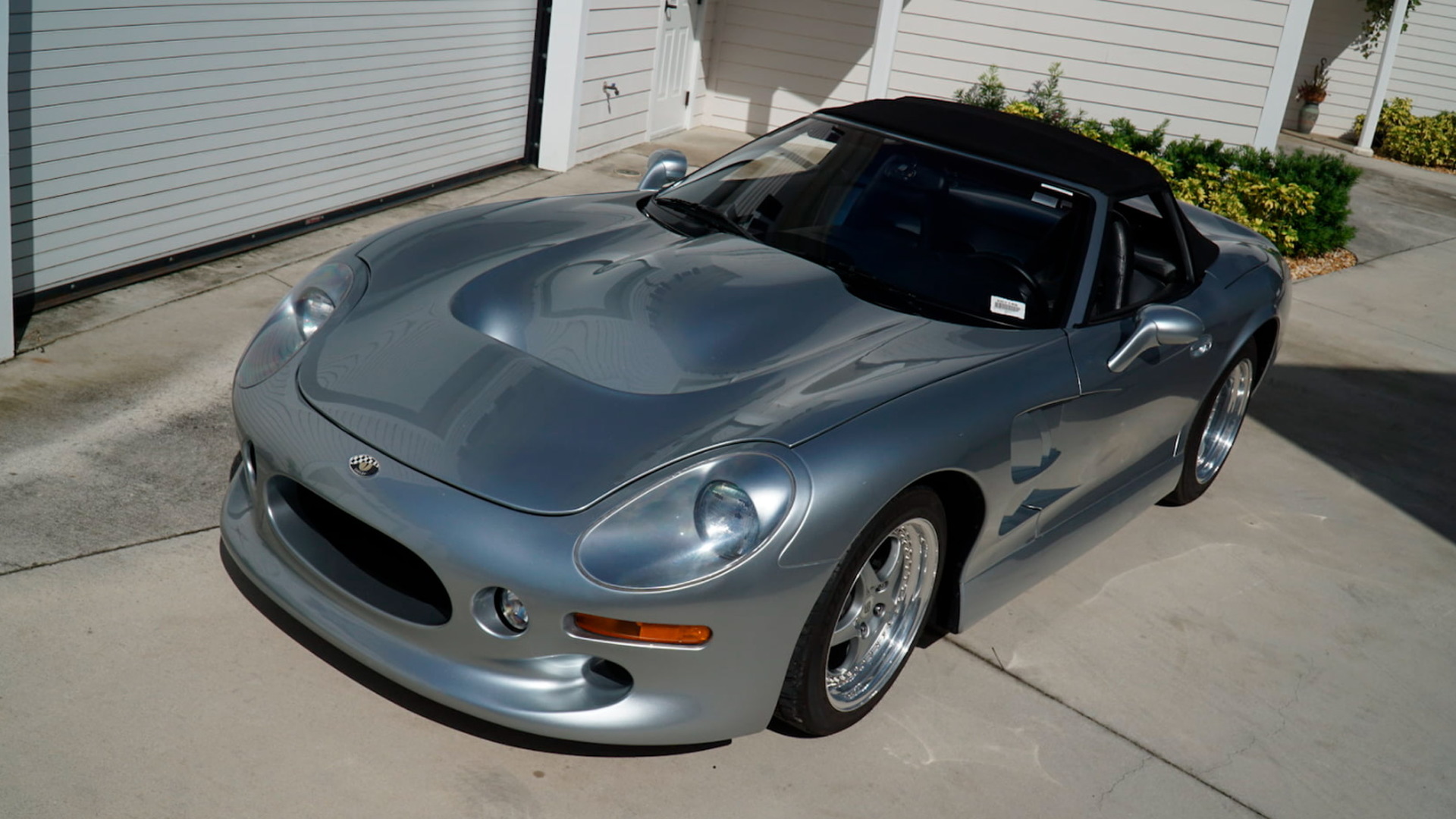 Carroll Shelby and the crew at Shelby American are probably most famous for the Shelby Cobra line of sports cars, but the Cobra was actually based on the Ace sports car developed by British firm AC Cars.

Shelby did develop a sports car from scratch, though. In the late 1990s, the company designed, developed, and built the Series 1. It's a rare bird to be sure, and one of the 249 built is set to go under the hammer this weekend at a Mecum auction in Orlando, Florida.

This one features a convertible roof (the Series 1 was also offered without a roof) and just 2,275 miles on the clock. It's build number 174 of the 249-car run, and features a silver exterior and black interior.

Even though the Series 1 was Shelby's own car, the company still sourced the engine from an outside supplier, in this case General Motors. The engine was a 4.0-liter V-8 from the Oldsmobile Aurora, and Shelby offered it as standard with 320 hp and in supercharged guise with 450 hp. This car has the standard engine.

The Series 1 proved an intriguing machine when it arrived in 1999, yet it never truly caught on with the enthusiast masses.

Interestingly, Shelby in 2006 announced a successor called the Series 2, which was to be built on unused chassis left over from the Series 1 project. The modifications were substantial, including weight savings of up to 350 pounds, as well as the availability of more powerful Ford V-8s, but the car didn't take and only a trio of prototypes were built. Shelby has attempted to revive the Series 2 project on occassion, the most recent attempt being in 2018, but it seems there still aren't any takers.